HILTON CELEBRATES 100TH ANNIVERSARY WITH "ACTS OF HOSPITALITY", A NEW FOUNDATION AND A DYNAMIC LAUNCH INTO ITS NEXT CENTURY 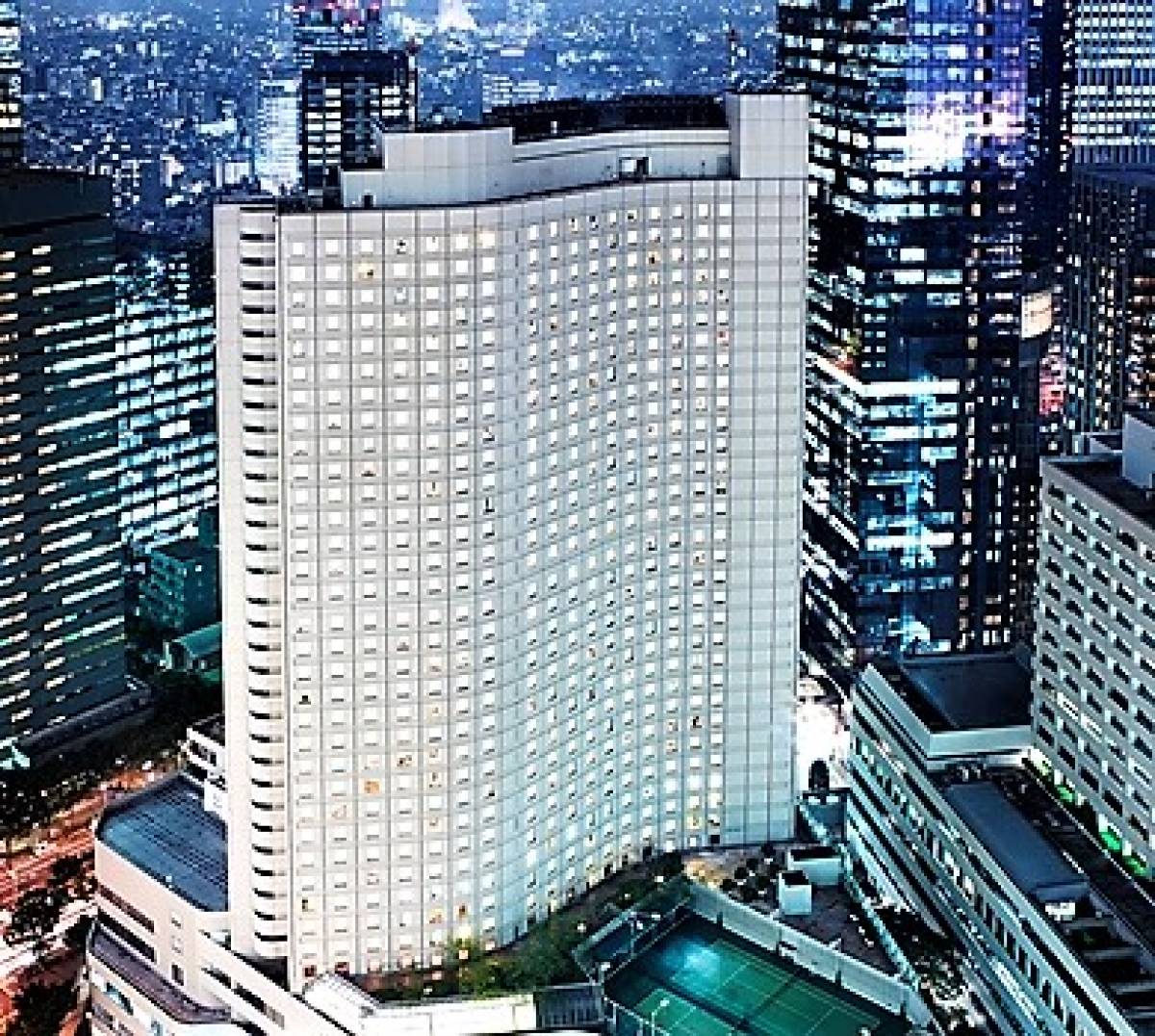 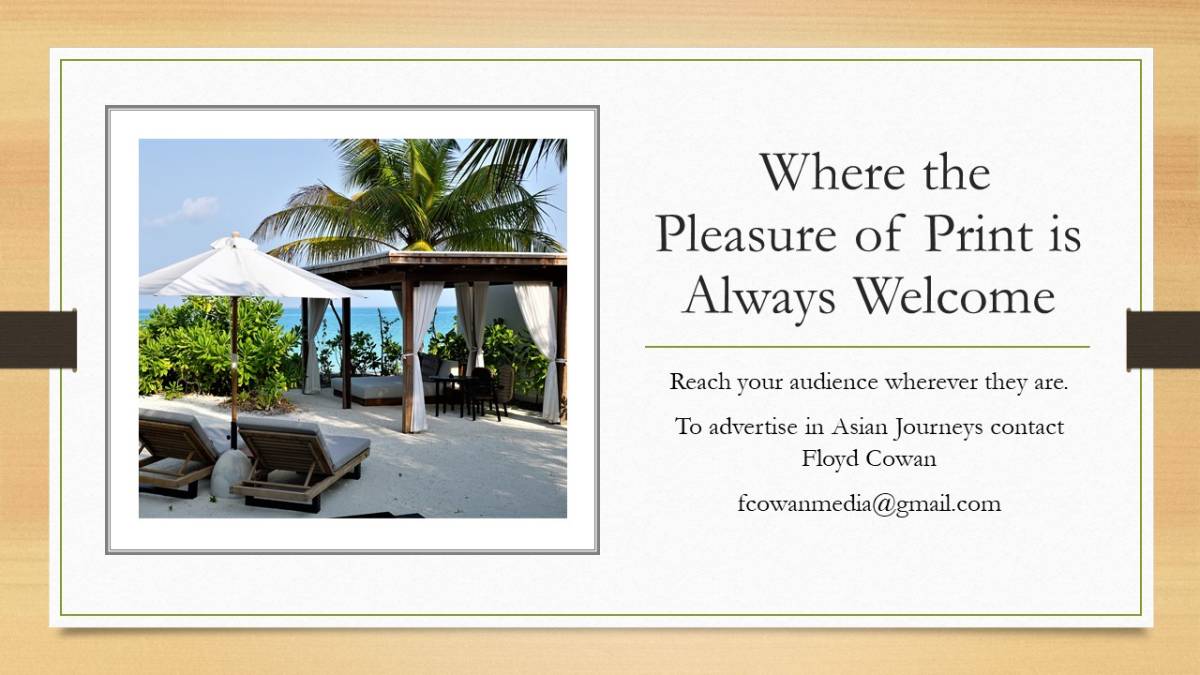 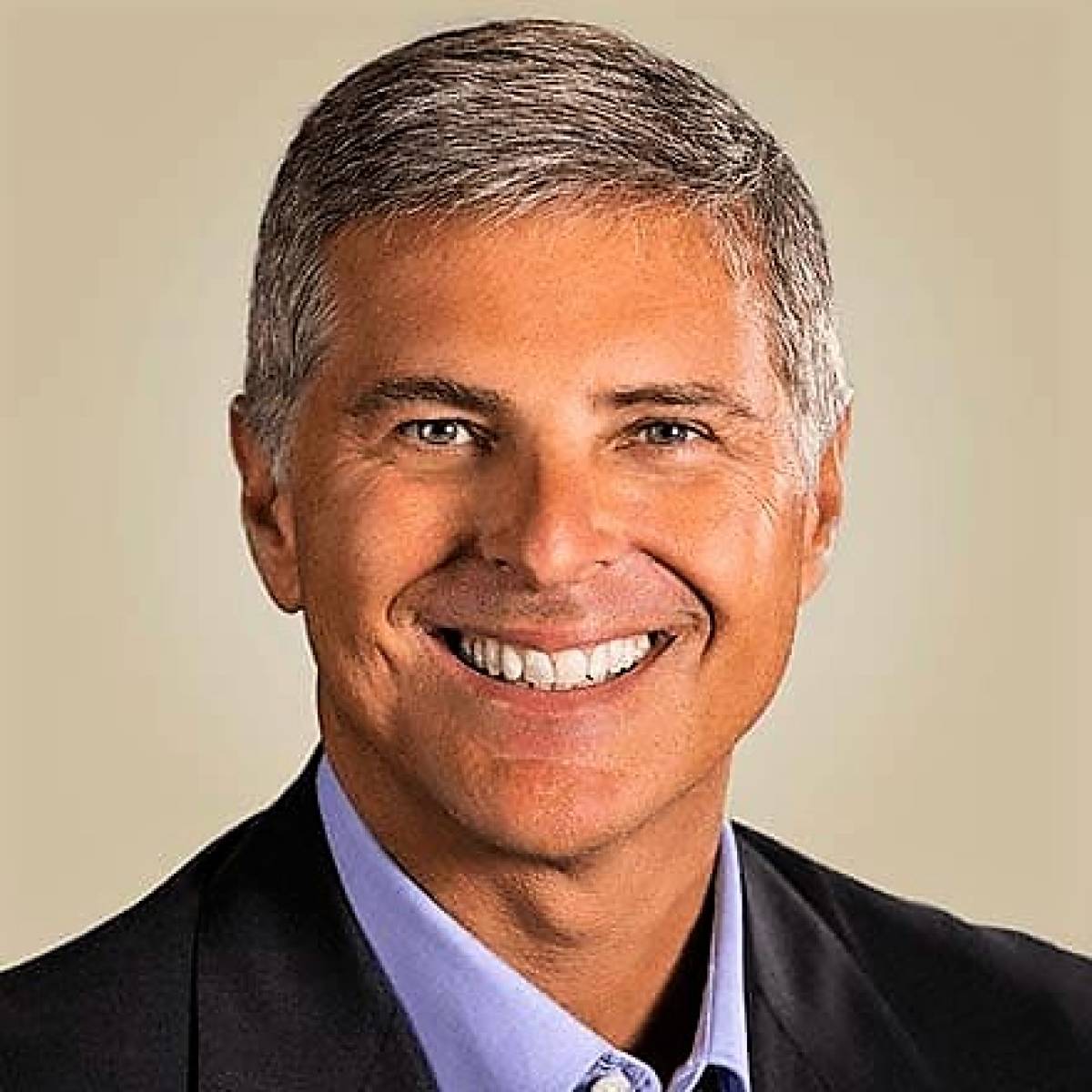 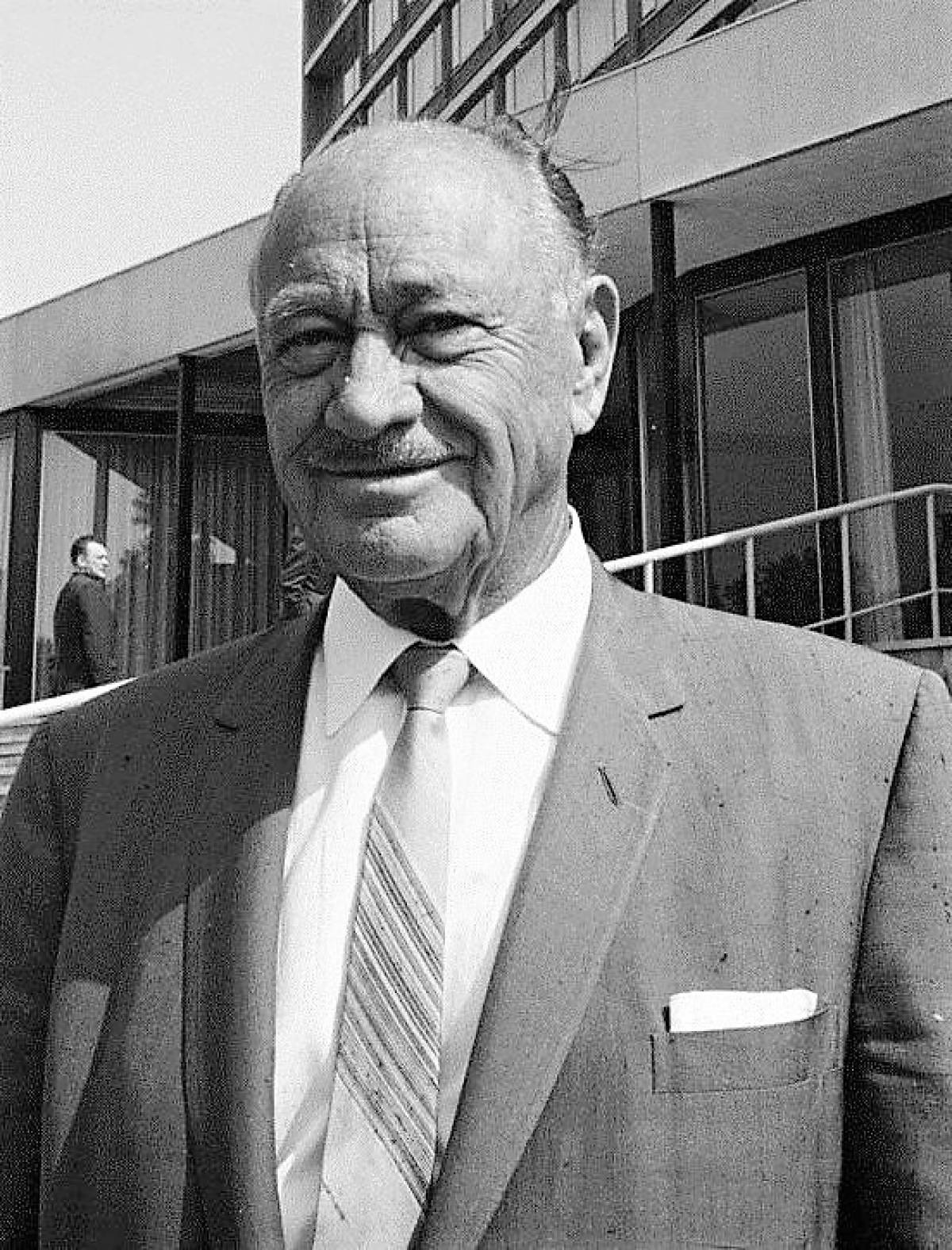 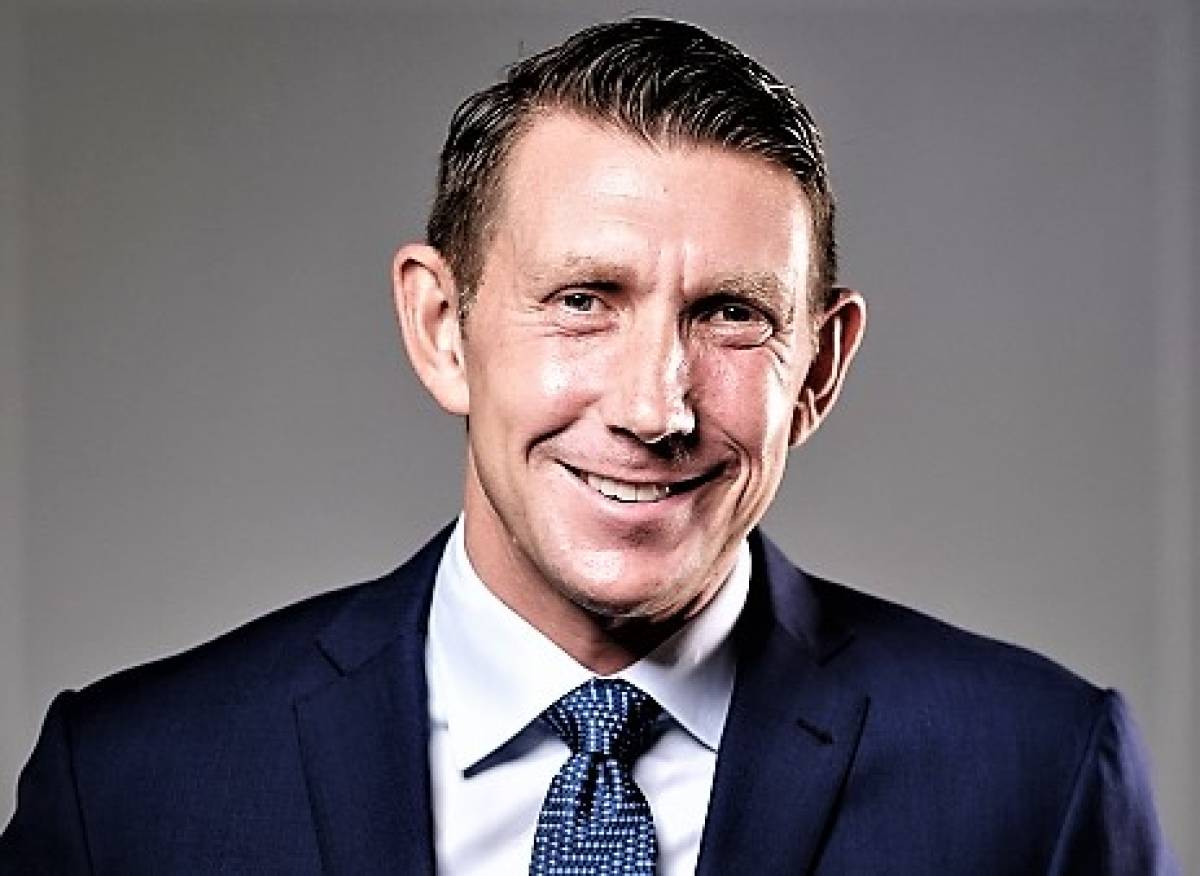 SINGAPORE, May 30, 2019 /PRNewswire/ Hilton, the world's first global hotel company and one of the fastest growing in Asia Pacific, celebrates its milestone 100th anniversary, May 31, in the midst of the most dynamic year in the company's storied history.

To mark the occasion, hundreds of hotels around the world, including throughout Asia Pacific, are extending Hilton hospitality beyond their doors by taking "Acts of Hospitality" to their communities -- everywhere from Sydney to Shanghai and Delhi to Tokyo.

As it looks ahead to its next century, Hilton also announced today the creation of the Hilton Effect Foundation, which will help create a better world to travel by investing in both organizations and people having a positive impact on the communities Hilton serves. The Foundation is launching this week with 15 grants to organisations that will support 20 communities around the world. These initial grants will support programmes around the globe that are creating opportunities for youth, aiding in disaster recovery, and supporting water stewardship and  sustainability.The Foundation builds on the impact already driven by Hilton through its Travel with Purpose strategy, which seeks to double the company's investment in social impact while cutting Hilton's environmental footprint in half by 2030. Since the inception of Travel with Purpose in 2011, Hilton's Team Members have performed more than 1.3 million hours of volunteer service and the company has invested tens of millions of dollars in the communities it serves. As Hilton's primary international philanthropic arm, the Foundation will channel all of the company's financial and in-kind resources to further amplify the Hilton Effect around the world.

Celebrating its 100th anniversary with hospitality and a global Foundation speaks to Hilton's founding vision.

"One hundred years ago, Conrad Hilton (right top) had a noble idea that travel can make the world a better place," said Chris Nassetta, President and CEO of Hilton. (right, middle) "That deep-rooted sense of purpose has fueled our transformative impact all across the globe, as we have welcomed 3 billion guests, employed 10 million Team Members and contributed US$1 trillion in economic impact. And in the years to come, we will do even more to positively change the world through our Hilton Effect Foundation."

Founded in 1919 in the tiny town of Cisco, Texas, Hilton has pioneered the travel industry for decades, introducing room service, air-conditioned lobbies, in-room televisions, airport hotels, the mini-bar, the computerized reservation system, and Connected Room -- the first hotel room allowing guests to unlock their doors and control their lights, thermostat and TV with a smartphone app. Hilton properties even invented the brownie and the pina colada, at the Caribe Hilton Hotel (pictured below).

Hilton now offers 17 distinctive brands across 113 countries and territories, with more than 5,700 properties and continues to grow with a new hotel opening somewhere in the world every day.

Hilton first entered Asia Pacific in 1963, with the opening of Hilton Tokyo, and recently opened its 300th trading hotel, having grown fivefold in the last decade alone.

With one of the industry's fastest-growing pipelines, Hilton plans to expand to more than 20 additional countries by 2020, with more than 2,300 hotels in Hilton's construction pipeline. In Asia Pacific, the company has more than 500 hotels under development across nine different brands and nearly one in every four hotels under construction in the region carries a Hilton flag.

The company's legacy of driving innovations that change the hospitality industry will also continue in 2019 and beyond with the ongoing expansion of the first mobile-centric Connected Room. As Hilton continues to grow, the communities in which it operates are integral to the guest experience, from Team Members to local suppliers. Asia itself is home to 60% of the world's youth and in recognition that many underprivileged youth may not have the right opportunities, the Hilton Effect Foundation will provide five grants to youth development projects across the region. This includes partnerships with the China Foundation for Poverty Alleviation and the Sichuan Tourism University; the Smith Family in Australia; Playground of Hope in Japan; Magic Bus in India; and the Youth Career Initiative in Vietnam.

The launch of the Hilton Effect Foundation continues Hilton's commitment to Travel With Purpose. Hilton is the first

major hotel chain to institute science-based targets for carbon reduction as part of its ambitious 2030 goals, which are aligned with the United Nations' Sustainable Development Goals. Hilton also partners with several soap recycling partners across Asia Pacific, and has sent nearly 10 million bars of soap to communities in need all over the globe as part of its commitment to send zero soap to landfill. These efforts and more led to Hilton being named to the 2018 Fortune "Change the World" list.

In addition to the Foundation, the hospitality giant has also launched a grassroots service initiative called "Acts of Hospitality". Team Members throughout Hilton locations around the world are conducting meaningful, simple gestures for others that extend Hilton's hospitality beyond the doors of its hotels and into local communities.

Some of these gestures include; providing fresh bottled water to transport workers in China; creating memorable weekend experiences for families in need in Australia; providing refreshments to volunteer fire response teams in India; building new playgrounds in Japan; plus delivering treats to street cleaners in Indonesia and police volunteers in Malaysia.

Alan Watts, (pictured right bottome) area president, Asia Pacific at Hilton, said, "Our Team Members have been delivering the light and warmth of hospitality in Asia Pacific for more than half a century, displaying that same pioneering spirit that saw the company born a century ago. As we celebrate this remarkable milestone, it's inspiring to see the positive impact we continue to have and the opportunity to shape the next 100 years of travel in the world's fastest growing hospitality market."

From the beginning, the source of Hilton's innovation, purpose and growth has been its team members and leadership. Hilton has been recognized for its exceptional workplace culture and is the first hospitality company in history to achieve the #1 ranking on Asia's best multinational workplace, recognized by Great Place to Work®.

"Our first century of hospitality has been tremendously meaningful, but I truly believe that now is our time," Nassetta said. "Hilton is as strong as it has ever been, and our potential to positively change the world grows with each hotel we open and every guest we serve."

"Our 100th year of hospitality is an opportunity to reflect on how far we've come and put a stake in the ground for our future. Conrad Hilton charted an ambitious course for Hilton in 1919, and I think he'd be proud of what we've accomplished so far. In my view, the world's a better place because Hilton was born one hundred years ago, and if we do our job right, the world will be a better place because Hilton's in it for the next one hundred years."

Winner of a Staycation at Fairmont Singapore