Pasta, Gelato and Pizza Made Freshly on Site 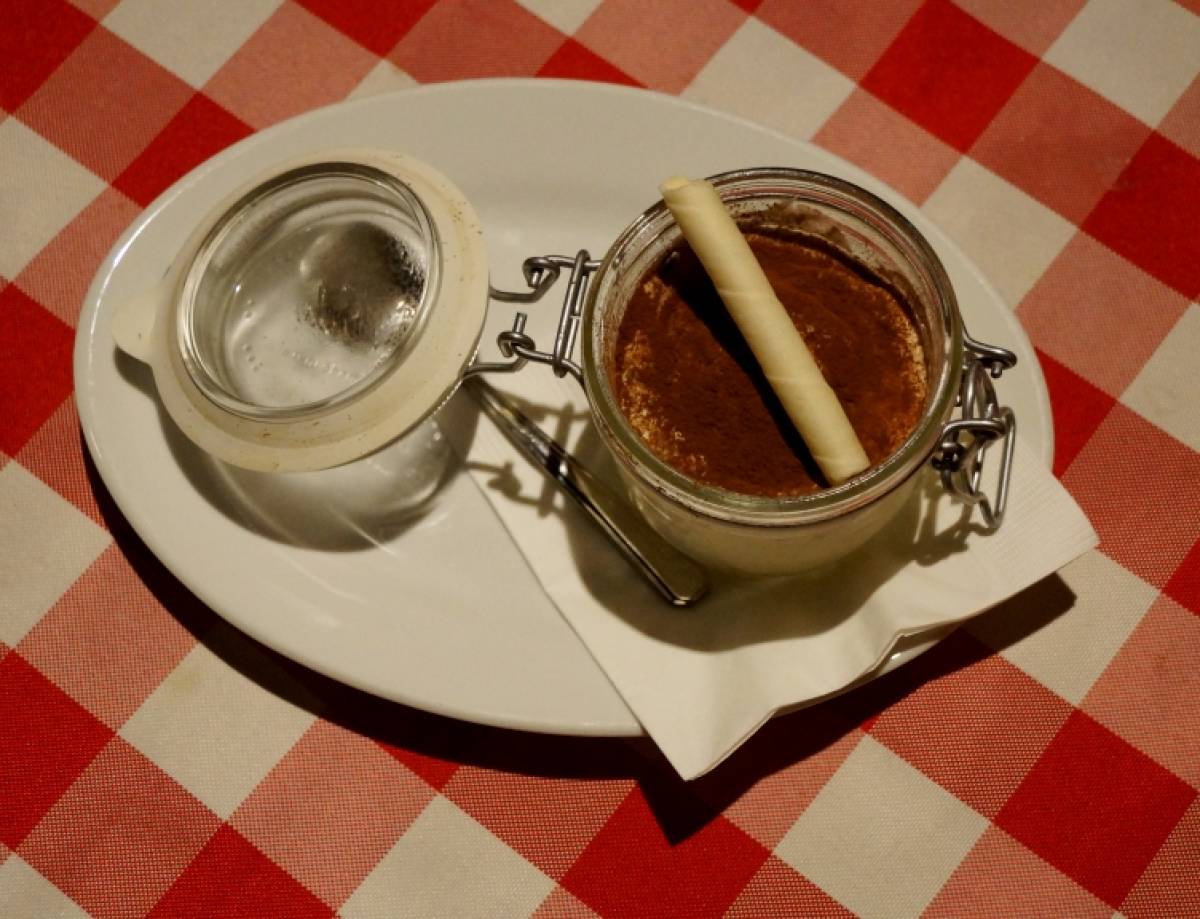 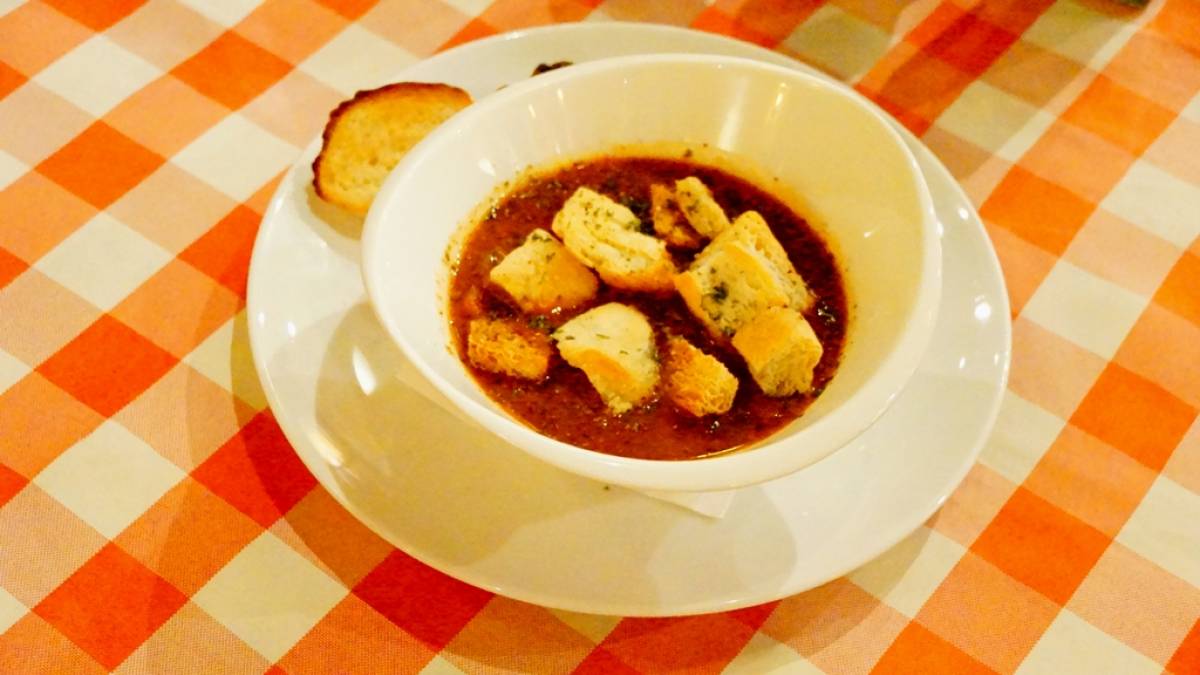 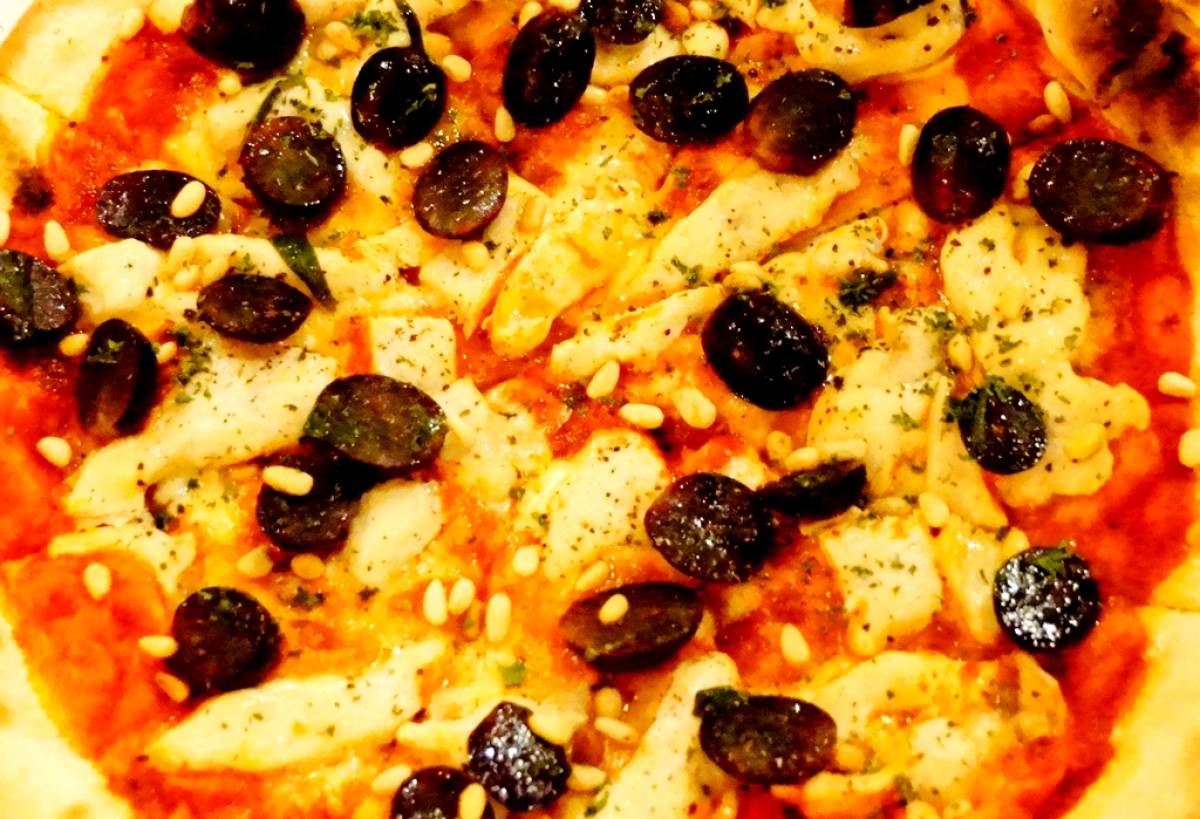 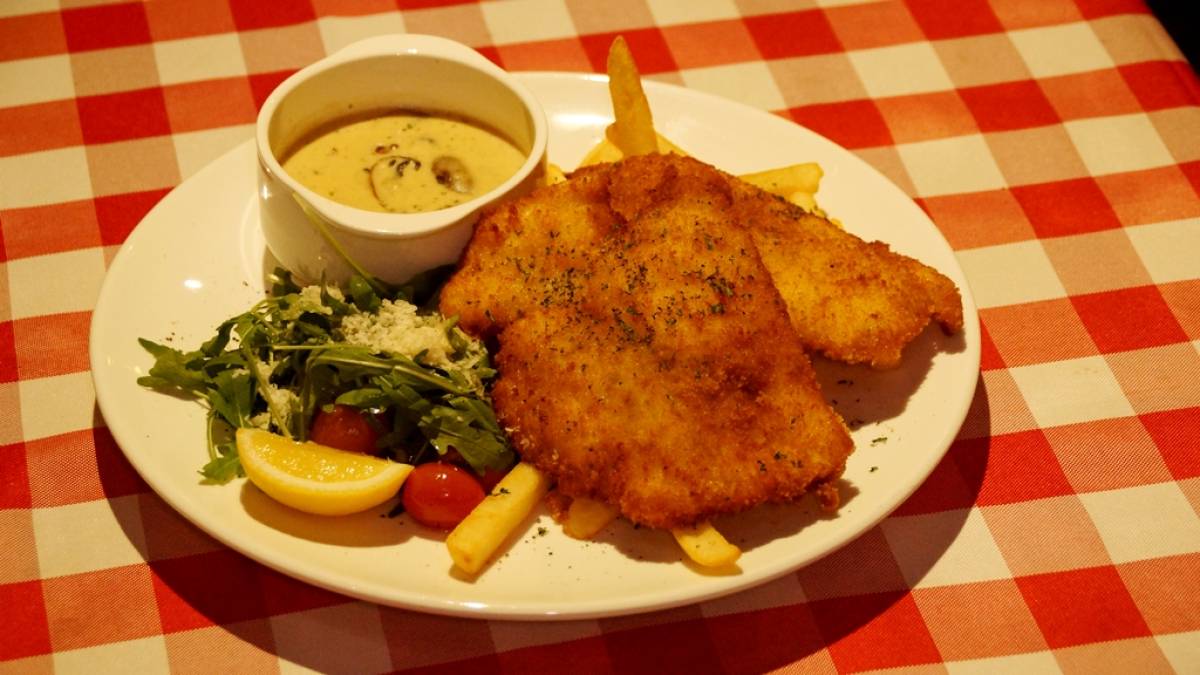 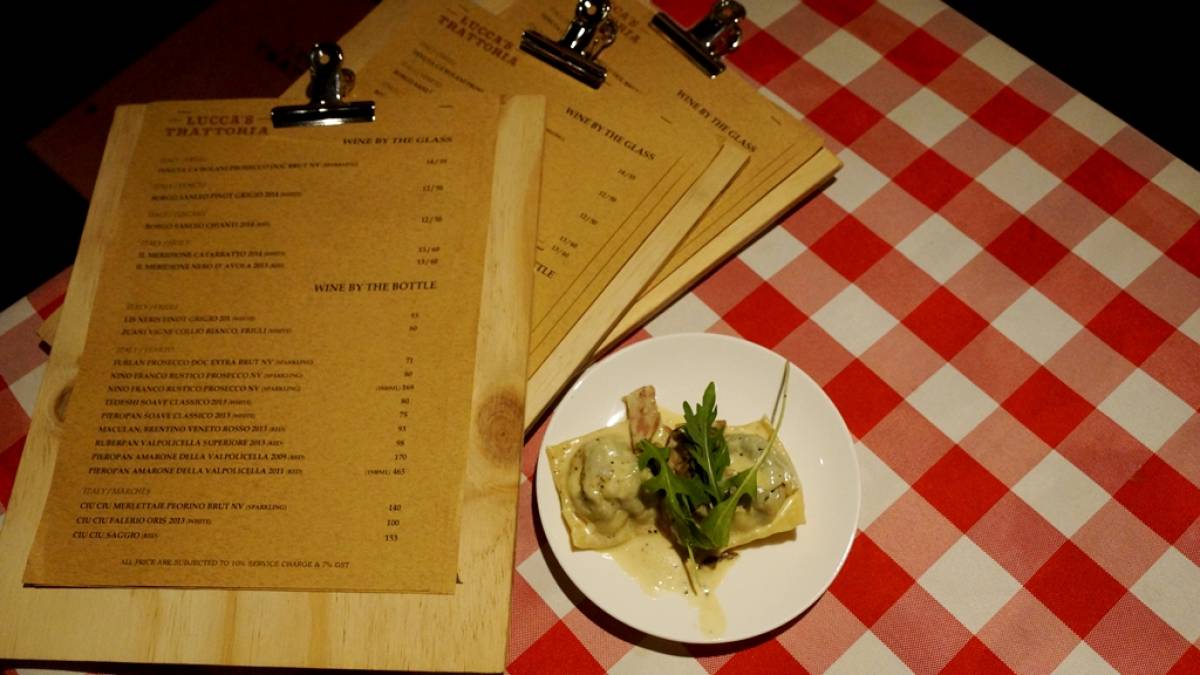 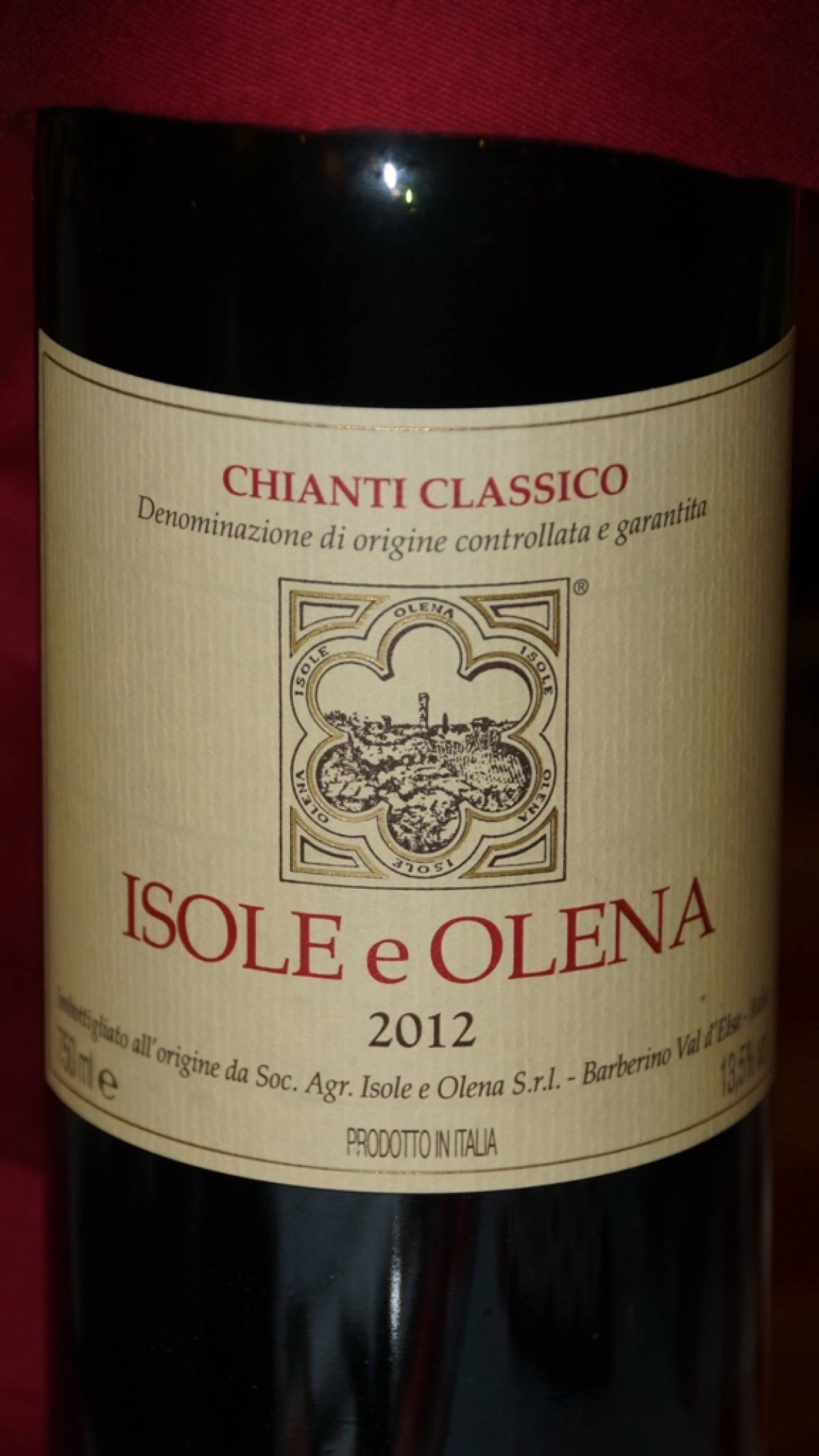 From the moment I stepped into Lucca's Trattoria, an Italian restaurant in Robertson Walk, it slowly began to dawn on me how much attention to detail had gone into its every aspect. Krisha Maree Castillo Ramos of Flame Communications, from whence I got the invitation to the food tasting, introduced me to Simon Seah, Managing Director, and owner of the Tuscan themed restaurant that opened in November 2015.

The approach to the cuisine came from Simon's travels and those of Chef Wayne who has more than 20 years of experience in the kitchen. During his time in Italy Simon, on numerous occasions, came across the Italian cafe bar, Segafredo Zanetti Espress (SZE) and fell in love with the coffee from Bologna. When Wayne travelled in Tuscany he was drawn to the enticing cuisine of Lucca an enchanting medieval town where he and Simon met and the idea for Lucca Trattoria was born.

Unlike Head Chef Wayne (pictured right), Simon (left) didn't have an F&B background. In 1996 he had graduated from the National University of Singapore with a Bachelor Degree in Computer Science. For 12 years Simon worked at Hewlett-Packard Singapore in a number of roles ranging from engineering to sales.

In 2008, after experiencing SZE Simon decided it was time for a career change and he opened SZE's first franchise in Singapore. From there he ventured into gelato and pizza making and became a certified barista, a pizzaiolo (a pizza maker) and a gelato chef. Having added that to his repertoire and combined with Wayne's extensive experience in small family restaurants to five star hotels which served Italian food, the stage was set for Lucca's Trattoria. The tasting began with Simon explaining, in depth, the soup starter, a Ribollita. He told us that in Tuscany the soup started as a quintessential Tuscan soup which had cannellini beans vegetables and kale, then it went through the second boiling when they threw in leftovers, such as stale bread, such as beans and other vegetables and double boiled it. Simon assured us no stale bread was included in his soup. I found the Ribollita to be a complexity of tastes, not surprising due to the number of ingredients that had gone into the making.

We were served our choice of still or sparkling water and 2012 Isole e Olena Chianti Classico a delightful red from Tuscany that went very well with the dishes we tasted.

After the soup we were served slices of pizzas of two different types. One had sliced chicken with seedless grapes finished with tarragon leaves and toasted pine nuts. I've never had grapes on a pizza before, but it worked well. Gorgonzolla e Frutta was the second pizza which had prunes, dates and apricots with crumbled gorgonzola. Gorgonzola is a veined Italian blue cheese, and I generally like blue cheese, but I think this combination must do better in Tuscany than it does here. What was equally good of both pizzas was the crust. Made in the restaurant from scratch they hit that sweet spot between being too thin and overly thick. The crusts were substantial without being overbearing.

The second course consisted of pasta dishes. Pasta di Luchesse is made with tagliatelle and seared chicken livers with bacon rashers deglazed with marsala and finished with a monte of butter.

Many of the Asian media were surprised with the serving of chicken liver, so perhaps it is more common in Europe and North America. This was followed by Spinach & Ricotta Ravioli. You can observe the pasta being handmade on the solid oak table in the pasta making corner of the restaurant. The ravioli is also hand made. The dough is made using special grade flour imported from Italy, which gives the perfect match of taste and texture. The ravioli consisted of chopped spinach with ricotta and parmagiano reggiano cheeses parcelled in the pasta in a creamy moriadella and mushroom sauce.

They certainly hit the spot. So much so that with all the servings it was going to be difficult to make my way through the remaining dishes. I wished I had more space to enjoy the Chicken Milanese which is breaded chicken escallops smothered in creamy black pepper, bacon and mushroom gravy, served with fries and rucola. I have often had this great dish, and Lucca Trattoria's was equal to them. I am not much of a dessert person, but Lucca's Tiramisu was delightful. It was light and tasty and well presented. Sicilian Marsala wine and expresso soaked 'Lady's Fingers' were layered with mascarpone cheese mousse, topped with cocoa powder and served in mason jars. Excellent!

Simon not only gave us the opportunity to try his made in house gelato, he allowed us to go into the back room where it is made. Like everything that Simon serves at Lucca's Trattoria he knows not only how it should taste and what it should look like, he knows what goes into the making of it. Lucca's Trattoria is well worth a visit. You won't be disappoint as all the food is made from the freshest ingredients and Simon and Wayne make great effort to ensure that it is not only delicious, but tastes like it would if you were eating in a restaurant in Tuscany.