The Singapore Night Festival Returns to Enliven the Bras Basah.Bugis Precinct this August

Themed Rebirth, the festival returns with a re-energised format, with highlights that illuminate the lesser-known stories of Singapore’s multi-dimensional arts and heritage precinct 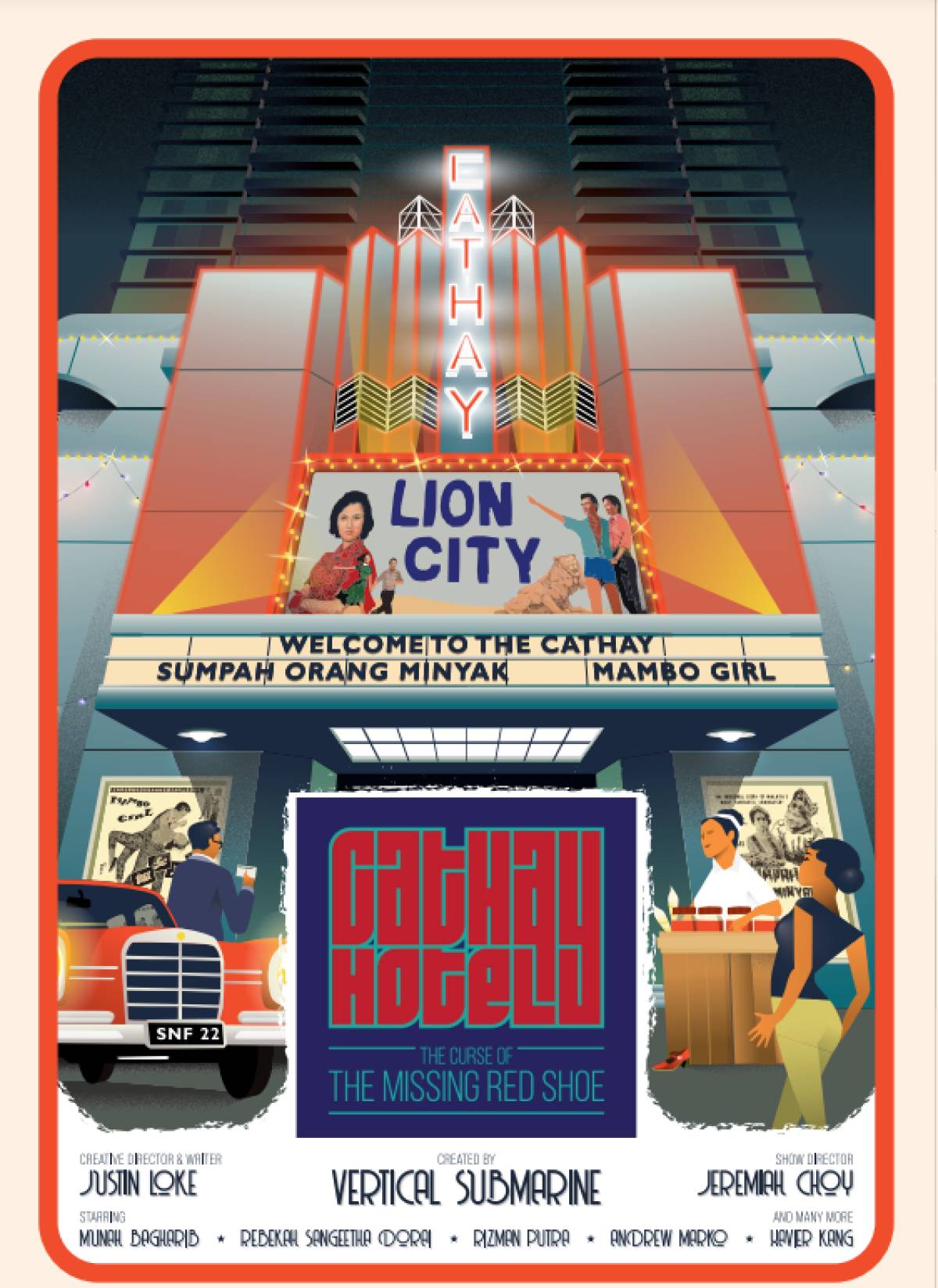 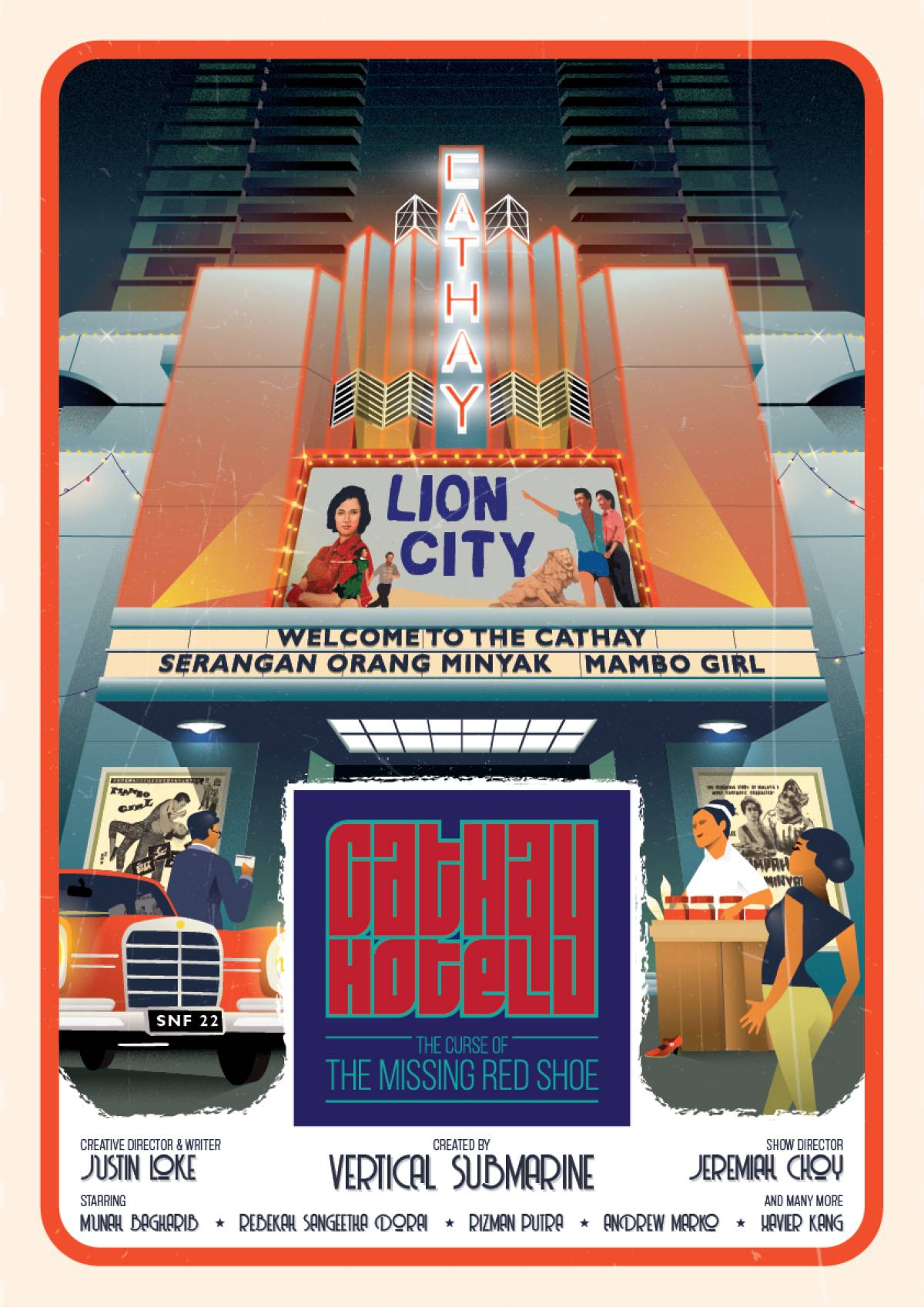 (Singapore, 21 July 2022) Singapore’s premier night-time arts and culture festival, the Singapore Night Festival (SNF), makes a comeback from 19 to 27 August 2022 following a two-year hiatus. Themed Rebirth for its 13th edition, the festival will bring the Bras Basah.Bugis (BBB) precinct to life again with local artists and the community reimagining the precinct in a whole new light.

This year’s festival will present over 55 vibrant and eclectic experiences that will illuminate the lesser-known stories in the heart of Singapore’s multi-dimensional arts and heritage precinct. Festival-goers can look forward to a plethora of activities, including six projection mapping installations, 14 Night Lights installations, and many other performances, experiential programmes, and food and retail experiences all across BBB.

The festival continues to work closely with BBB stakeholders and the local arts community, serving as a platform for them to co-create and showcase works and performances, and form connections. For 2022, the festival will present more than 30 performances by performing arts groups in the BBB precinct. Masterclass workshops were also introduced for selected local artists to develop their capabilities, such as design processes and skills required for projection mapping installations.

Festival Director David Chew, who is helming SNF for the first time, said, “As Singapore progressively emerges from the pandemic, we found it fitting for this year’s festival to be themed Rebirth to symbolise Singapore’s recovery, and also to mark the new path we are charting with a refreshed and re-energised Singapore Night Festival. Since its inception in 2008, SNF has grown to become an iconic night-time arts and culture festival; one which celebrates the history, heritage and diverse communities of the Bras Basah.Bugis precinct through its dynamic offerings, and serves as a platform for local talent to showcase their works and grow their capabilities. As SNF makes its much-anticipated return, we invite all Singaporeans to immerse in the magic of the night, reimagine familiar, everyday spaces, and celebrate the multifaceted precinct together.”

Headlined by immersive theatre performance Cathay Hotel: The Curse of the Missing Red Shoe by local art collective Vertical Submarine, SNF invites festival-goers to revel in the thrill of solving a mystery set in the grandeur of a large-scale recreation of the Cathay Hotel. Situated at the Cathay Green opposite the Cathay Building, the highlight act opens with the story of a mysterious curse from more than 60 years ago that led to the separation of two lovers. In this gripping anti-fairytale adventure, iconic Cathay characters such as Mat Bond, Pontianak and Mambo Girl are brought back to life in a surreal version of old Singapore. With the freedom to author their own adventures, audiences can expect an intimate encounter with the nostalgic cinematic landscape of Singapore’s post-war era as they revisit the origins of these bygone film characters.

With the precinct’s spaces and streets as its canvases, the festival will present a refreshing lineup of sensorial experiences to celebrate the magic of the night. The iconic National Museum of Singapore will light up with an entrancing projection showcase by Hungarian projection mapping studio Maxin10sity, visually narrating Singapore’s mythical origins and history dating back to the 14th century with motifs of ancient wall murals, nature, and national treasures. A stone’s throw away, the Stamford Court clock tower will light up with artist Amanda Tan’s exploration of a multicultural, modern identity in a dance of glitch art and fractured pixels. Amanda is part of the first group of artists who participated in the masterclass workshops, and is presenting a projection mapping installation for the first time.

This year’s festival grounds have been expanded to include a larger area of Fort Canning Park, inviting festival-goers to step into new dimensions and see familiar spaces with fresh eyes. Tucked away on the paths of Fort Canning Park, interactive graffiti by local audio-visual maker Lynette Quek will line the walls of tunnels, to be activated by sounds made by visitors in the spaces. The distinctive spiral stairway at the edge of the park will showcase a stunning display of Chloë Manasseh’s mural featuring local colourful botanical forms such as wild spice flowers, heritage trees and native birds.

At Waterloo Complex, visual artist Nhawfal Juma'at will present two sculptures that are a play on humankind’s intrinsic nature to create and engage in conversation, inspired by his personal observations of people talking, conversing and laughing in the same space. Back at the National Museum, Victoria Hertel will illuminate the museum’s staircase in a welcoming white glow which will transform when festival-goers interact with the space through a motion-responsive installation that triggers vibrant colour changes.

SNF continues to embrace the hyperlocal by zooming in on the precinct’s unique identity and character, and exploring its rich stories and heritage. In the bustling city centre, an inescapable five-metre tall installation by visual artist Speak Cryptic will stand at the entrance of Raffles City, taking inspiration from the lighthouse as a symbol of navigation through both life and water, and as a nod to the Bugis community and their rich history as seafarers. At Stamford Walkway, FARM will present a light installation that traces the forgotten practice of drying cultivated rice along the banks of Sungei Brass Bassa in the early-19th century, an area close to present-day KK Women's and Children's Hospital.

Along Queen Street, Inch Chua will relate the stories of people who lived on the street from the 1880s to the present day through a roving audio theatre performance accompanied by original music by Tim De Cotta.

For those who are up for a challenge, join the Heat Of The Night, a self-guided race where participants seek out clues and uncover stories behind the BBB precinct through a variety of activities. Fastest racers stand a chance to win attractive prizes!

Early bird ticket sales run from 21 July to 2 August for Cathay Hotel: The Curse of the Missing Red Shoe and Heat Of The Night. More details of festival highlights and the full programme line-up for Singapore Night Festival 2022 will be announced in the beginning of August 2022. For more information or to book early bird tickets, please visit go.gov.sg/sgnightfest.