From Singapore to Bangkok to Koh Samui 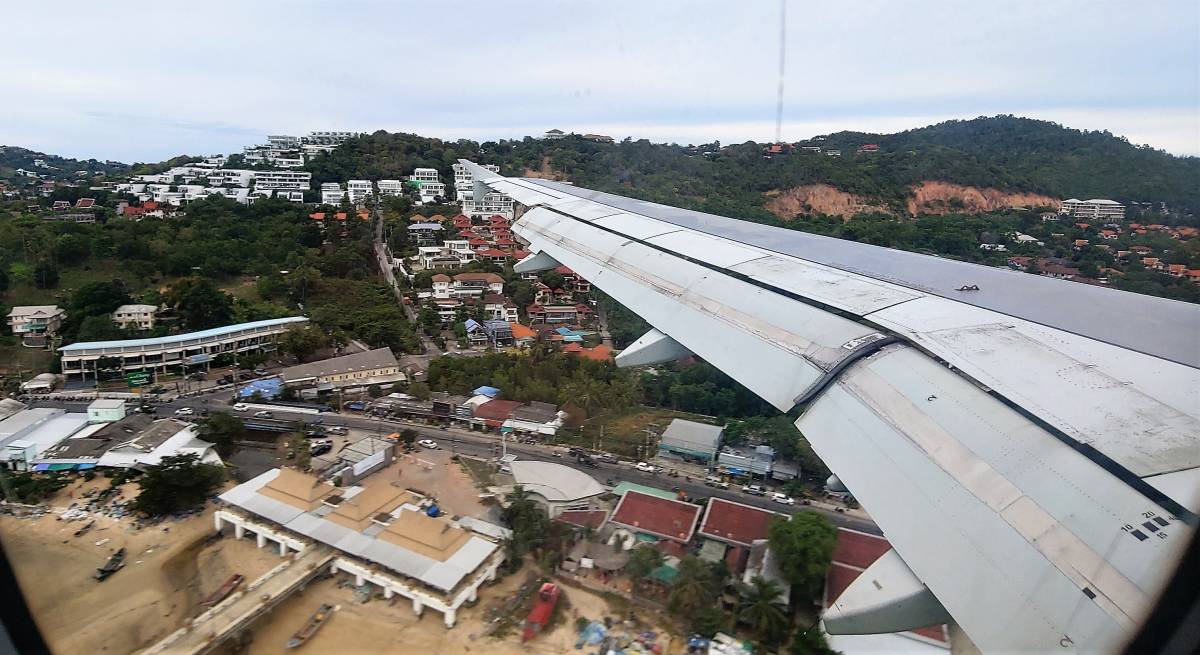 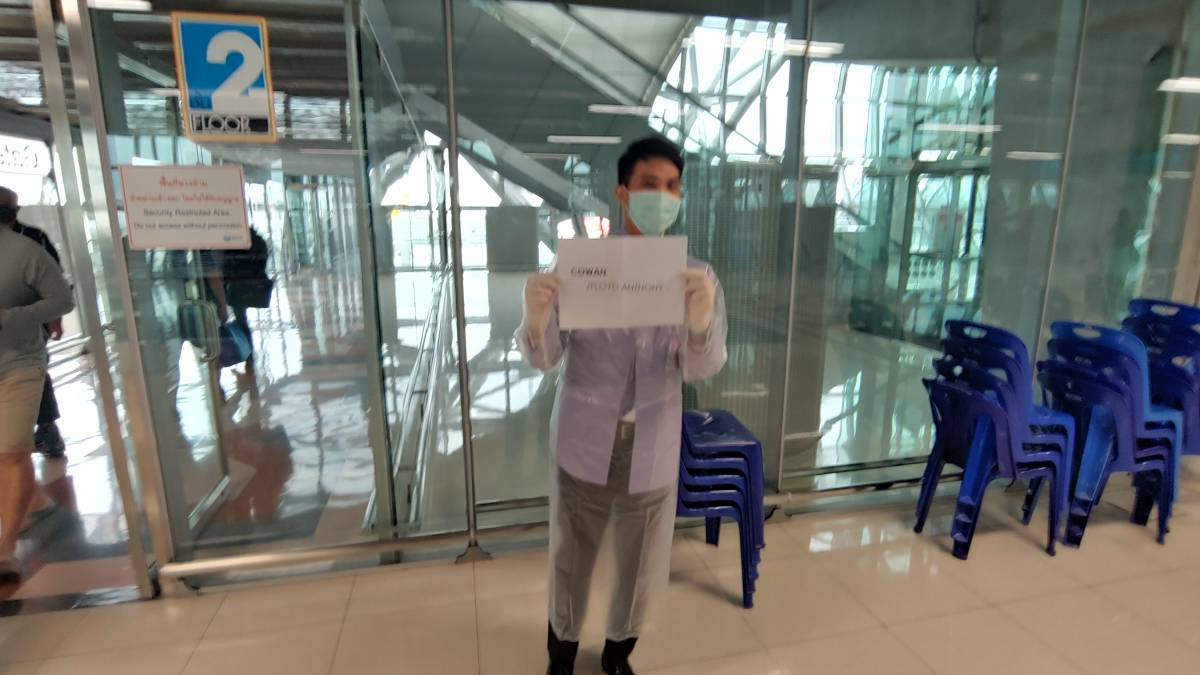 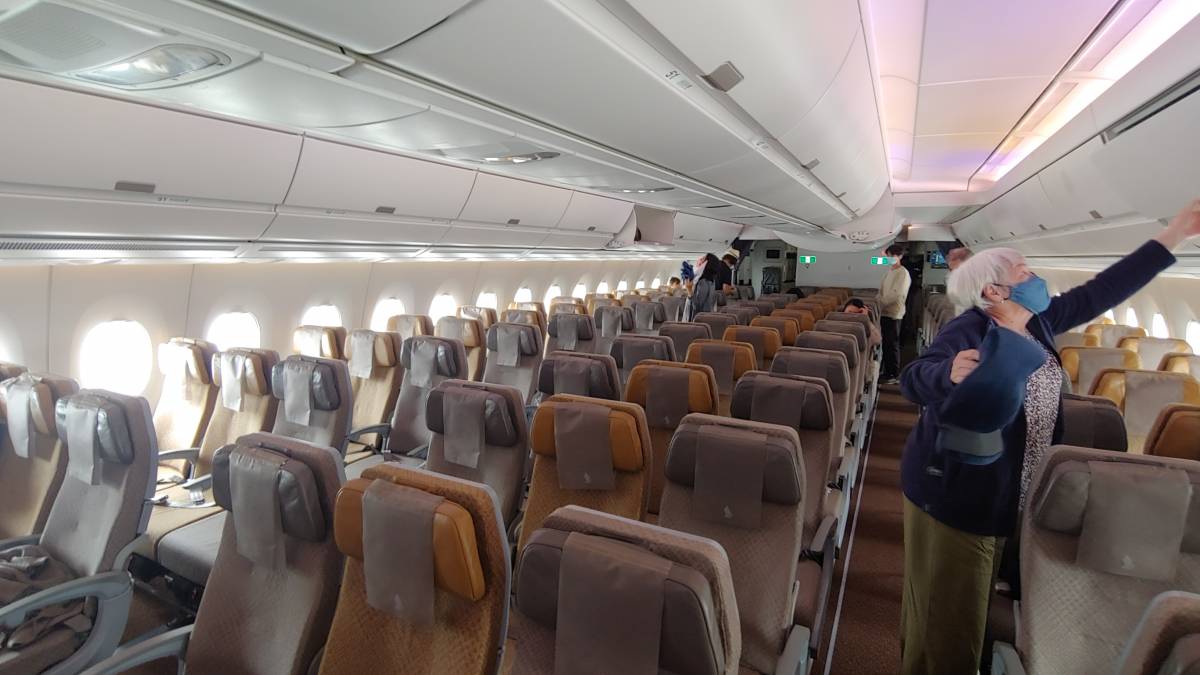 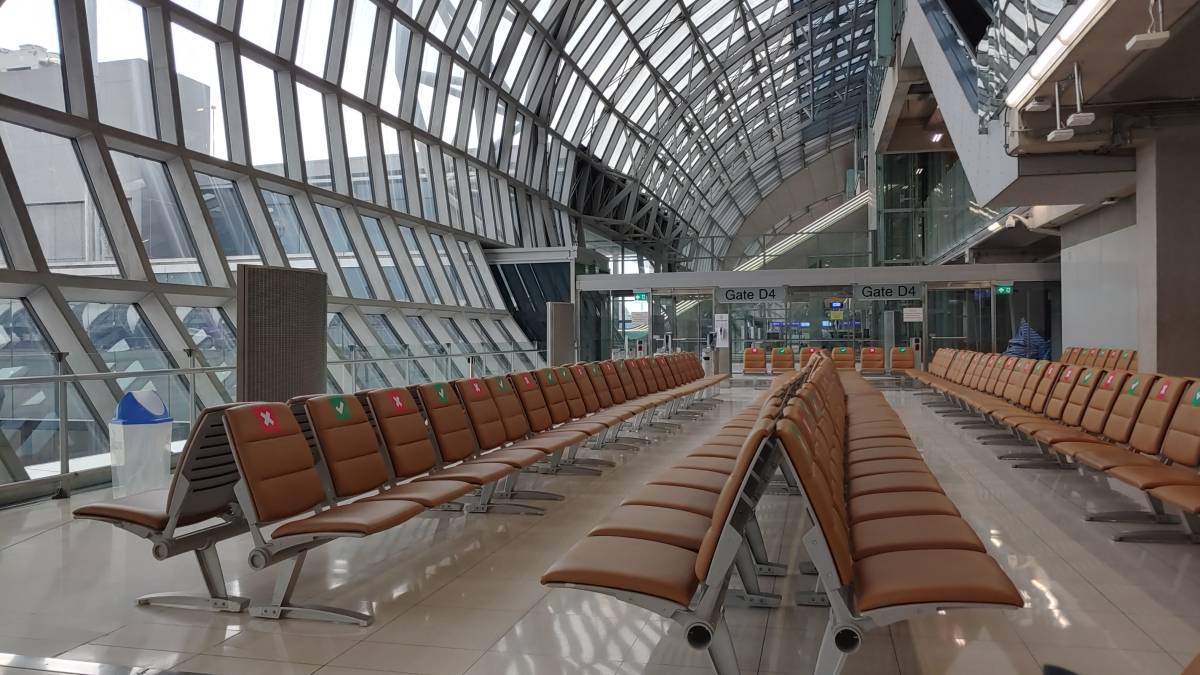 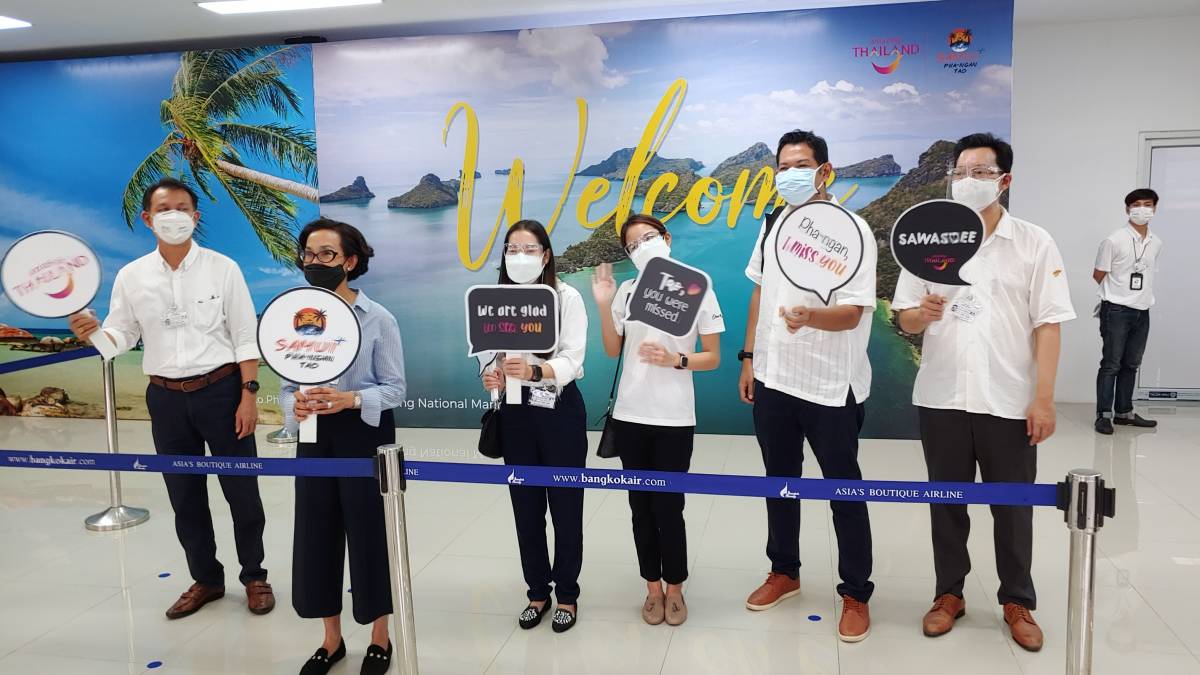 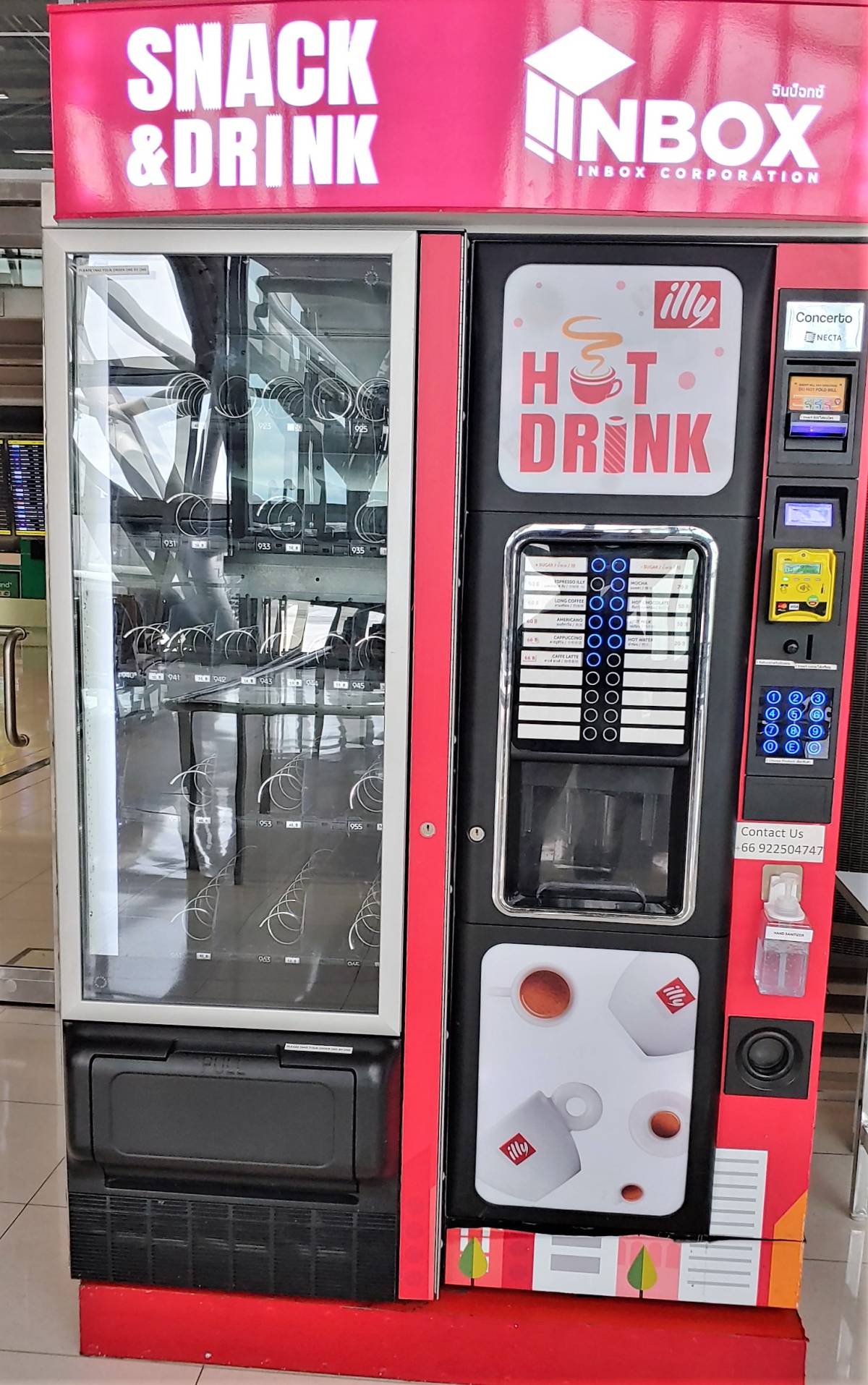 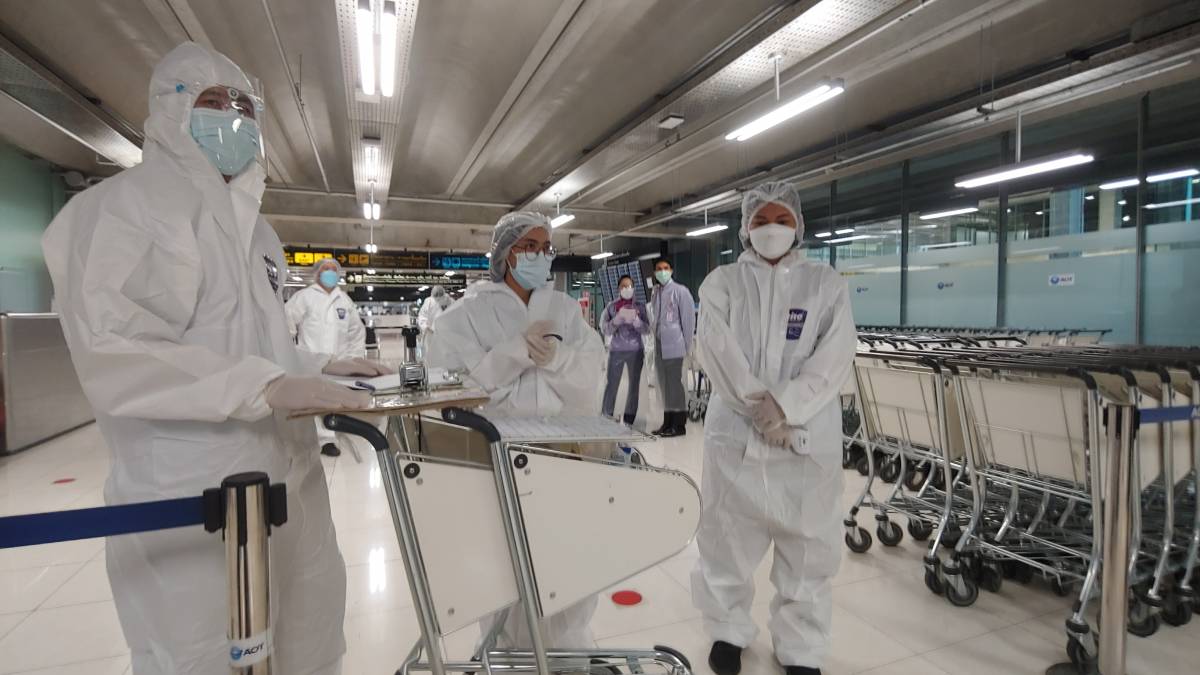 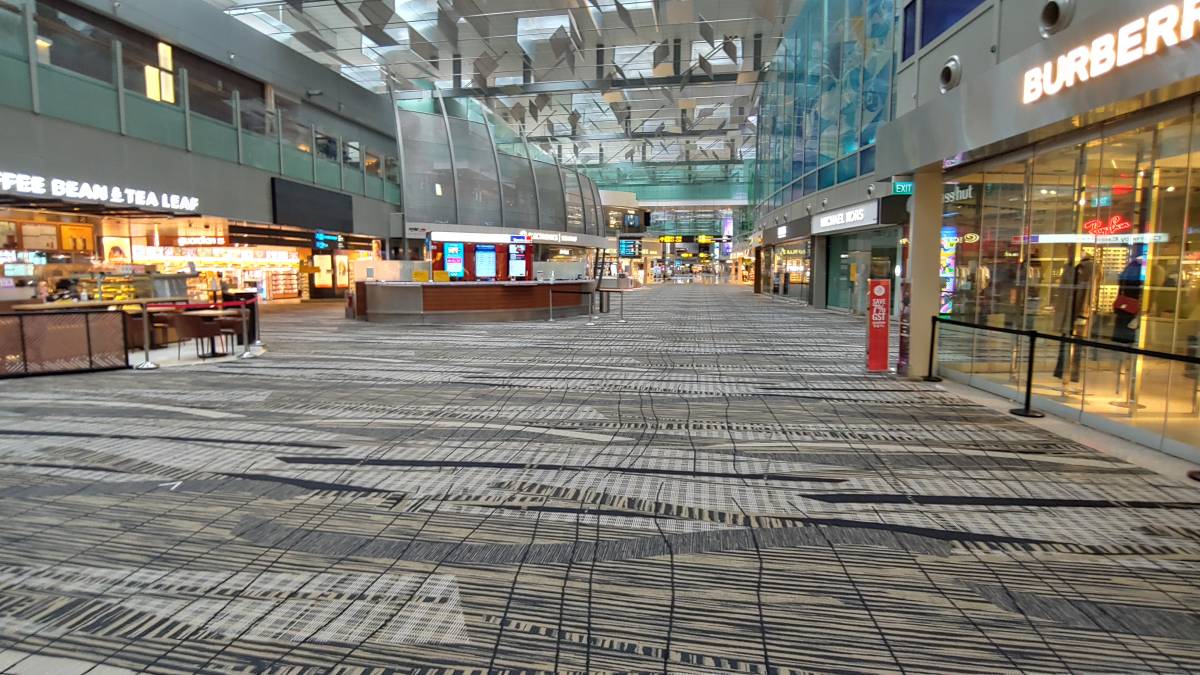 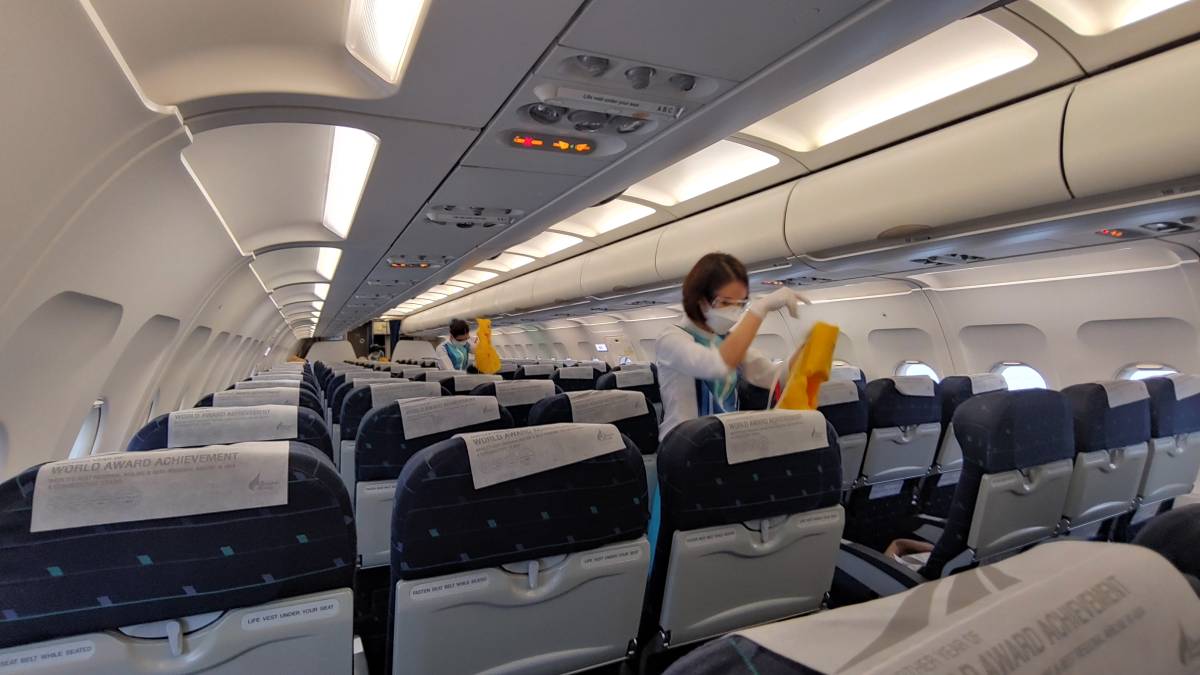 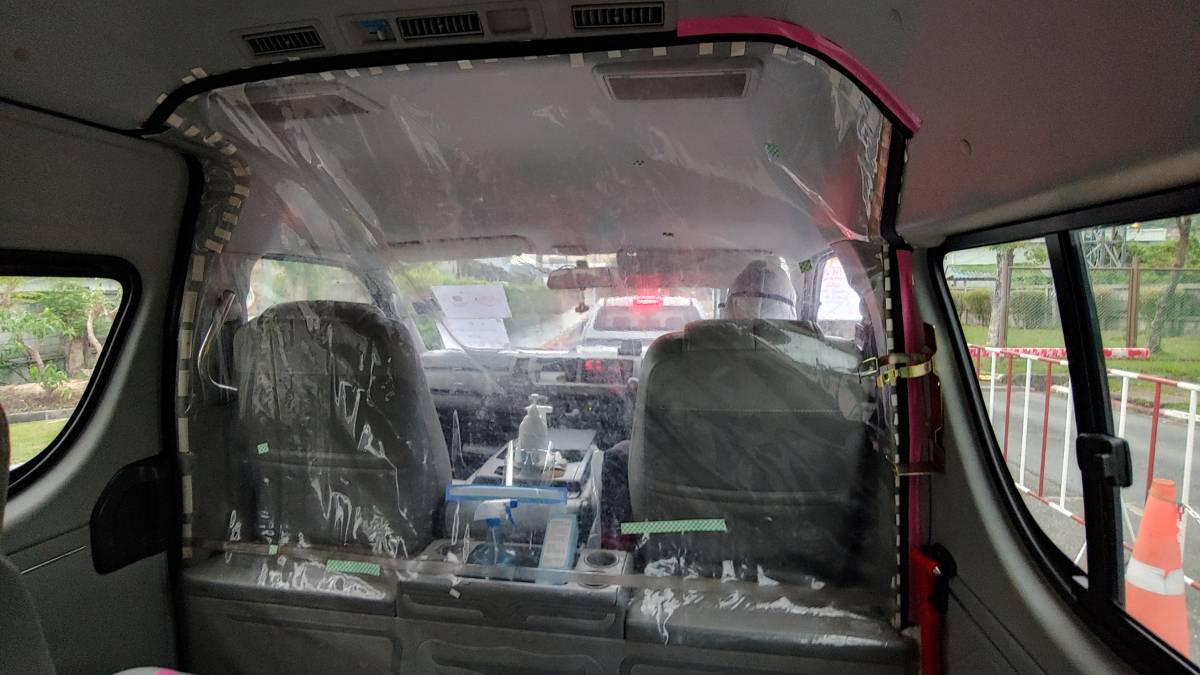 It seemed that nothing would go smoothly this morning from the time I left the apartment. I texted gojek that I was going to Changi Airport, but could see nowhere in the App that two stops were required. Farah doesn’t work far from the airport so I was dropping here there first. I texted the driver that information. He said I had to cancel and redo. I cancelled but still couldn’t find a place to do two destinations so we just caught a regular taxi. I settled into the back seat where I got messages from the driver asking what I was doing. I told him I’d already cancelled. This went back and forth and then later I got a message from Gojek saying I was being charged a $4.00 cancellation fee.

When we’d dropped Farah off the driver headed for Changi Terminal 3 and promptly missed the freeway exit to the airport. He was very upset and began slapping his head. If I knew what was coming I might have been slapping his head too, but we were quite early and I wasn’t worried about getting there on time.

I was in the check in line at about 7:25am for my 9:30am flight. Waiting in line I realized I’d forgotten my external hard drive at home. I cannot overstate how important it is for me. It has all my work, all my information, documents, pictures that I need to do my job. My laptop doesn’t have enough space left to add new pictures and most of what is saved there is old.

I had no choice, but to go home and get it. Ten minutes in a short line that was going very slowly. The actual check in didn’t take as long as I thought it would be. While I waited I calculated the fastest way to the taxi stand.

Check in was relatively straight forward. She took my passport and COE and soon returned it. “Would you like to change your seat?”  “Yes.” “Window seat?” “Yes.” Then I regretted that as she stared a long time at the screen and I could feel my time dripping away. “Only one bag?” “Yes.” “I can’t check it all the way through to Koh Samui.” That didn’t surprise me. That was what was taking her so long. “I can only check it in to Bangkok.” Fine. Just get this done I was thinking.

When I finished check-in at 7:45 I knew I could get to home and back in plenty of time. I had my boarding pass but was heading quickly to the exit. There wasn’t the usual queue for a taxi or for taxis waiting for passengers. It took a couple of minutes for one to arrive. But I was aboard at 7:50 and heading home along the beautiful ECP.

I had a nice chat with the driver telling him that I needed him to wait when I got home. He didn’t speed up or rush, but he kept telling me to go slow and remember everything. I went slow, but still didn’t remember everything. I left the book I was reading and didn’t take an adapter plug that would’ve come in handy in Suvarnabhumi.

As we were returning I got text messages from William that I ignored. I didn’t want to tell him what happened until I was back at the airport. No need to worry him. We were just entering the ECP when William called. I’d couldn’t ignore the call. He asked where I was and I told him. I was all checked in and it would be no problem. Forty five minutes and $40.00 later I was going through security. All done I headed straight to Duty Free, interested to see how the new Lotte store was doing.

Horror of horrors – it didn’t open until 10:00am. Why??!! I wailed. Quietly, to myself. Why was I taking this trip if I couldn’t get duty free? Maybe in Bangkok? Ha! I didn’t even get close to it.

Before boarding I stopped to fill up my water bottle and I must have been the last one  to board as the lady at the gate  said, “Hello Mr Cowan.” Not often I get greeted by name boarding an international flight.

She didn’t have many names to choose from and most people had already boarded. I can’t say how many people were on the flight but it was just a handful. The expected SIA service was even more friendly and attentive. I had read that airlines were not serving food on board. Not SIA. They had bottles of water waiting as I boarded and I was urged to take two. A Care Kit containing hand sanitizer, face mask and a disinfectant surface wipe, was also offered.

They had options for breakfast and I had eggs and sausage that came with potatoes at the bottom of the container. Coffee and a refill. I wasn’t that hungry having had a good breakfast at home and so didn’t finish everything. Had I known what was coming (have I used that phrase before) I would’ve stuffed myself to the eyeballs.

The flight was uneventful. I watched the movie 1917, that was very eventful.

I landed in a dystopian world at Suvarnabhumi. Almost everyone was in full protective gear. Plastic face visors, masks, gowns and gloves.  Only a few people were just wearing a mask, such as the security guard who followed me from disembarkation to the boarding gate was in uniform and just a mask.

I was just a few feet along the skybridge when I was greeted by a young man with a sign with my name.  I followed him and we were joined by a young lady and they guided me through the maze of the airport, the check points and finally to the “holding area” where I was to wait until departure time. I was told I couldn’t leave for any reason.

Suvarnabhumi is a bit of a walk as it is, but I certainly wouldn’t have easily navigated this on my own. The first check was the one pictured. They took my documents and I sat and waited. William and I had done all the hard work, and done it correctly, as at each point they went through the documents and found no snags.

I even went to the usual check point that all travelers are familiar with, where you hand over your passport, have your picture taken and put your fingers and thumbs on the screen.  But I didn’t go through to the luggage carrousels when I finished. I was directed back down to the concourse where all the boarding gates are.

My minders and security guard left and I went in for the usual security check and then I was directed to the empty seating area. It was about 12:00 noon and my flight was at 5:00pm. And as I found a seat I realized that my suitcase was going around and around on a carrousel with no one to rescue it. I talked to staff who didn’t understand what I was saying. I explained, but little seem to get through. They contacted a supervisor who eventually arrived and I was able to explain to her the problem. I gave her my luggage tag, which she photographed. My luggage was located and arrived with me in Koh Samui.

Over five hours I looked several times at the two vending machines – one entirely empty – one with drinks that I didn’t want. There was a microwave but no way I could heat water in it as I had packets of soup and tea bags that would have been welcome.

I started working on my laptop but it would die in two and half hours. Part of that work was answering WhatsApp and telling everyone what my current state of affairs was. There was nowhere I could plug it in as the plugs were different – that is why that adapter would’ve been helpful. I had a power bar, as I had bags of cashews, almonds and other things in my checked-in suitcase that would have easily gotten me through the hours.

About 3:00pm three people from Hong Kong arrived. They too were part of the Sandbox programme.

It got a bit tedious – having no book to read and my power draining away I used it carefully. I tried to sleep. Couldn’t.

Eventually we boarded the Bangkok Airways flight to the tropical island. The four flight attendants, one for each passenger, were delightful. Having no food or drink to offer they repeatedly asked me if I wanted hand sanitizer. When they did the preflight safety instructions they did it as if there were a full plane. Very professional.

After a quick one hour flight we were descending over white sand beaches and more buildings than I remembered from my last visit about five years previous. At the airport there was a welcoming group from Tourism and people to help us get our apps working – which took some effort. When I finished up the three from Hong Kong had disappeared and I didn’t see them until two days later.

I had a van to myself, (pictured) and when I got to Lamai Samui it was so quiet I felt I had a resort to myself. From arrival until two days later I couldn't even leave more room.