Reminiscing The Chinese Heritage At The Chinatown Mid-Autumn Festival 2018 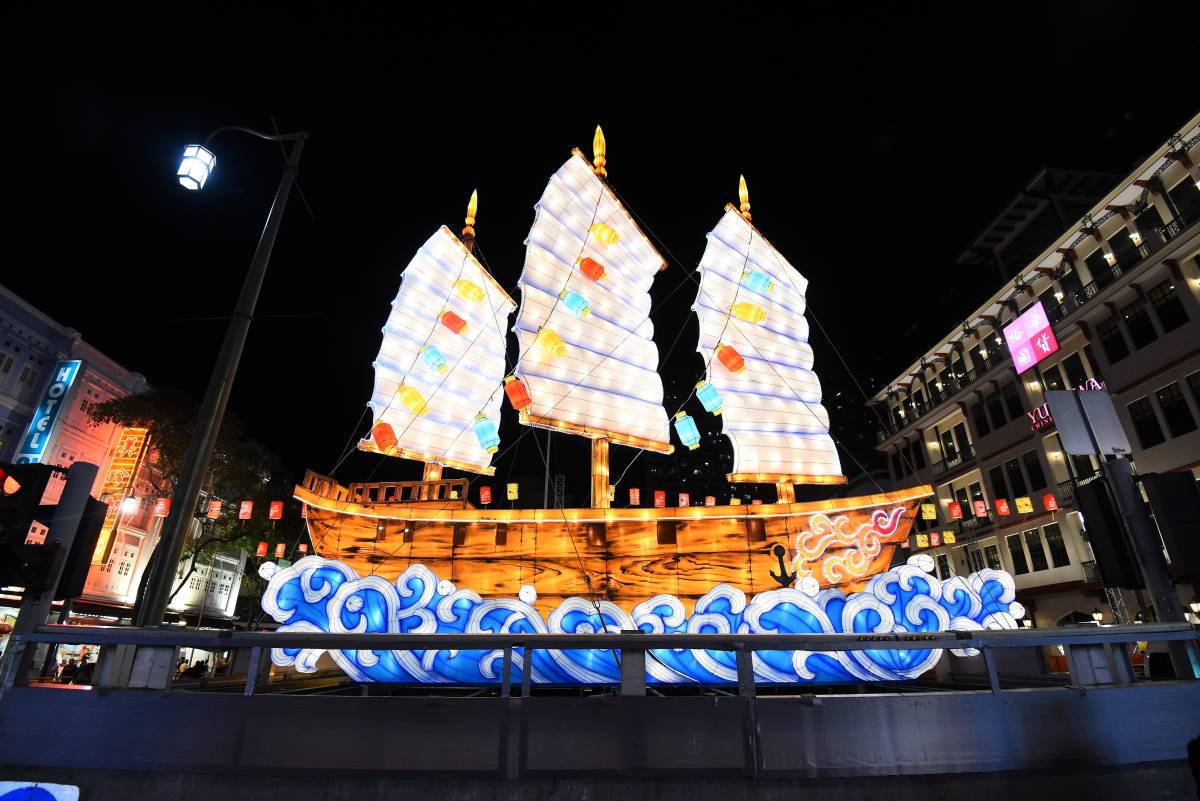 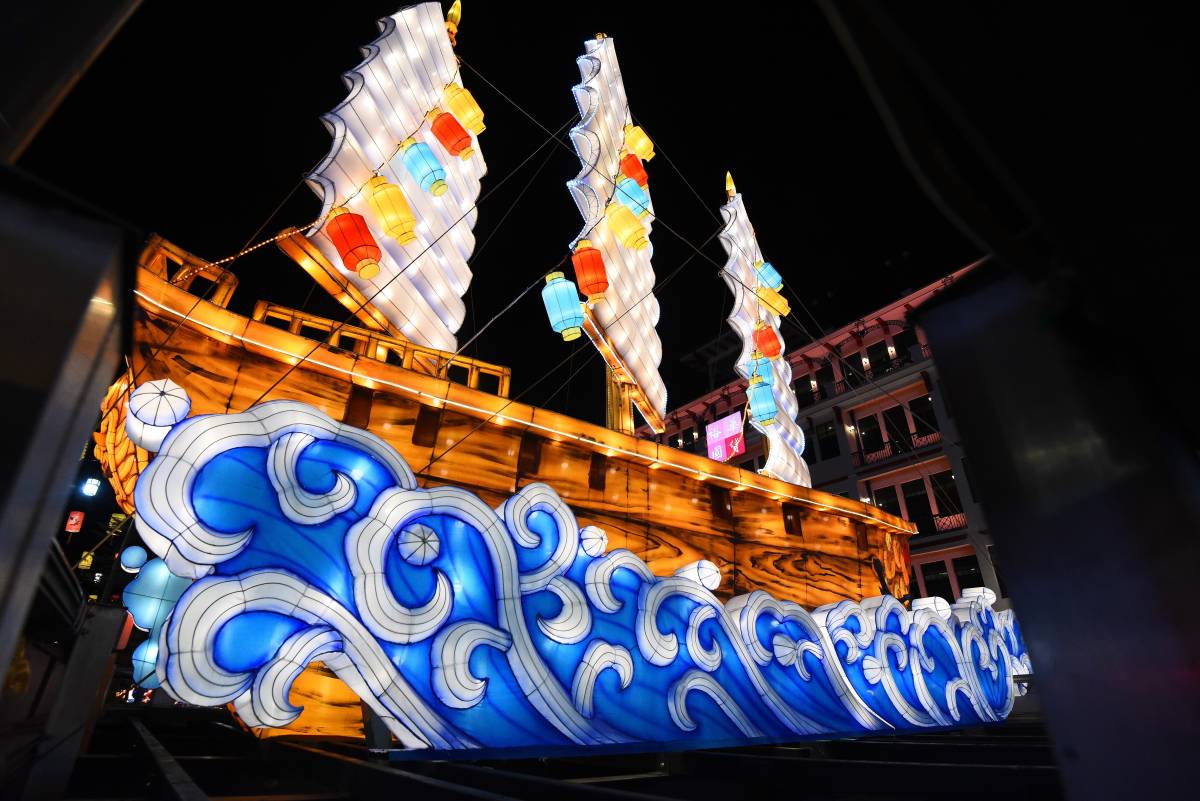 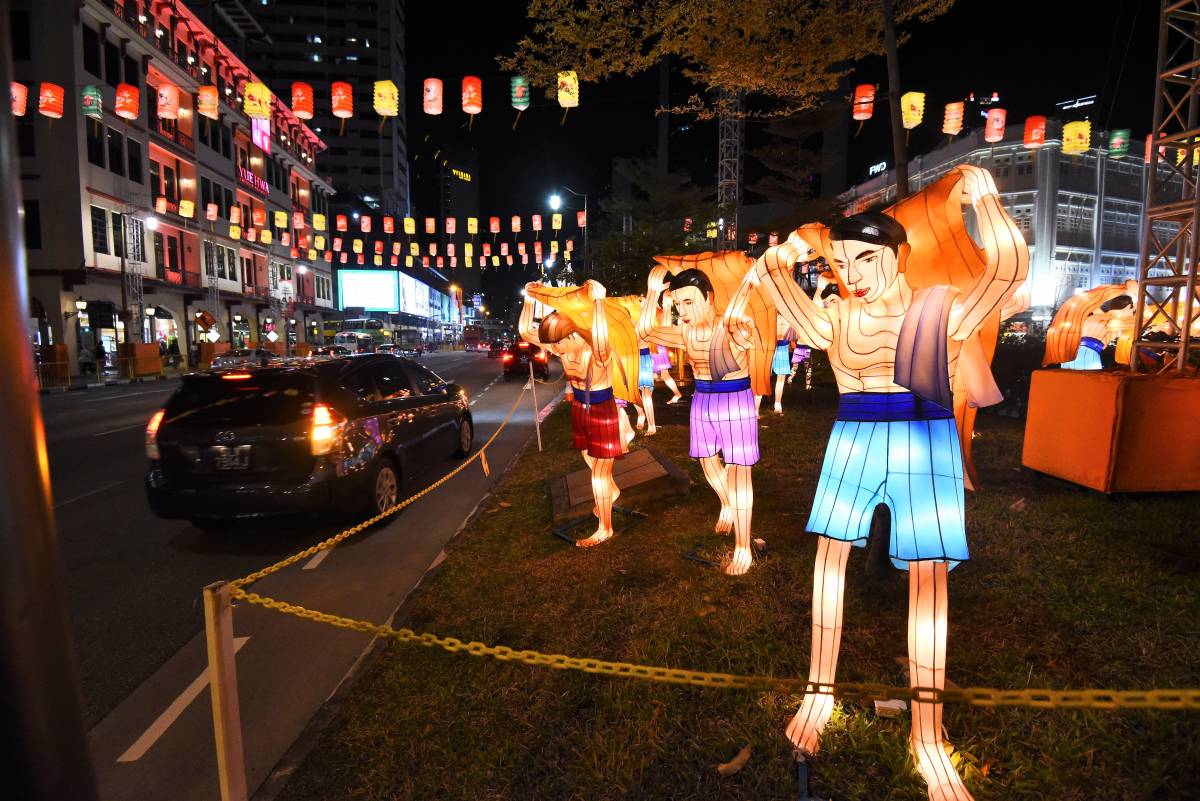 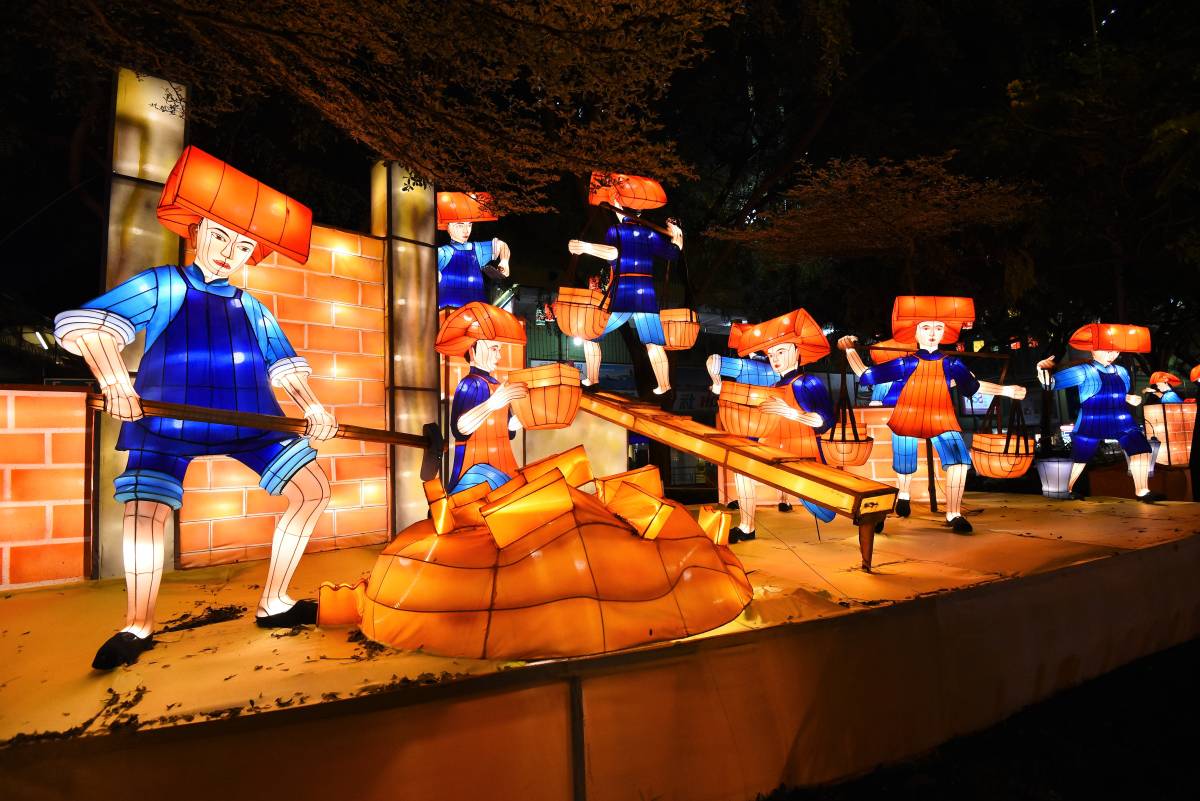 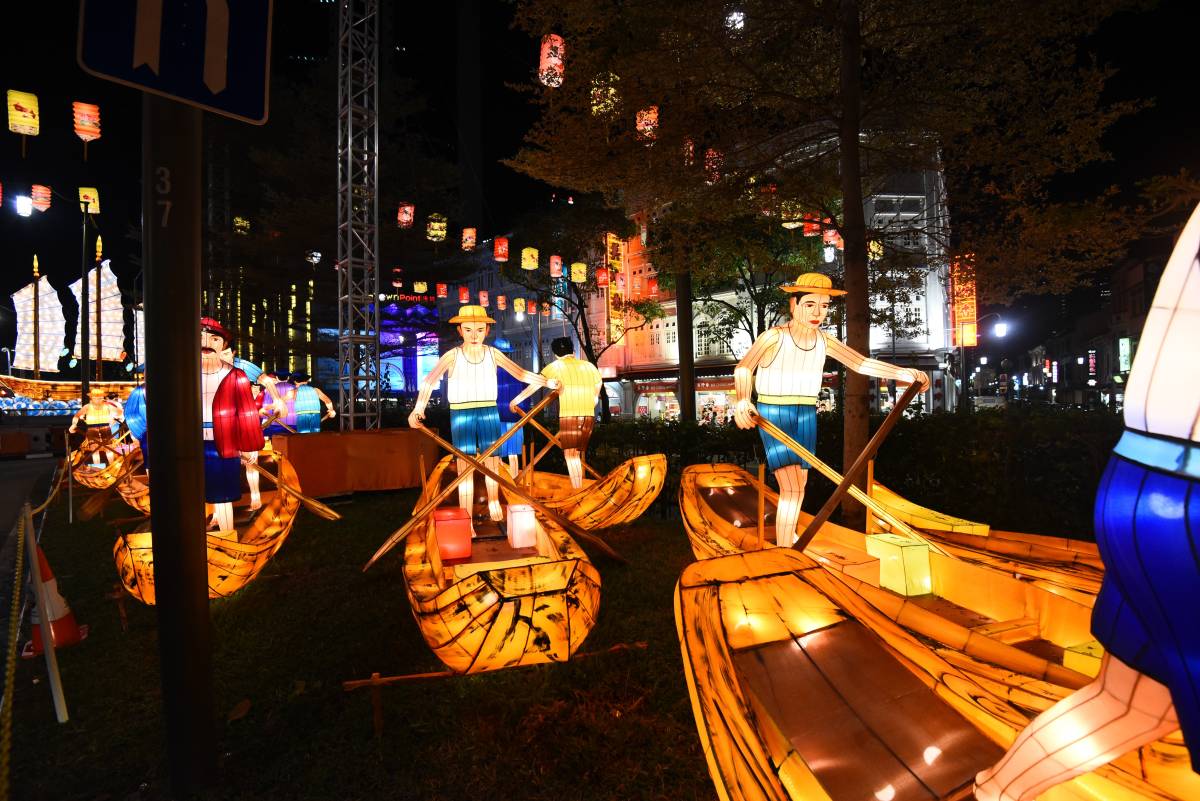 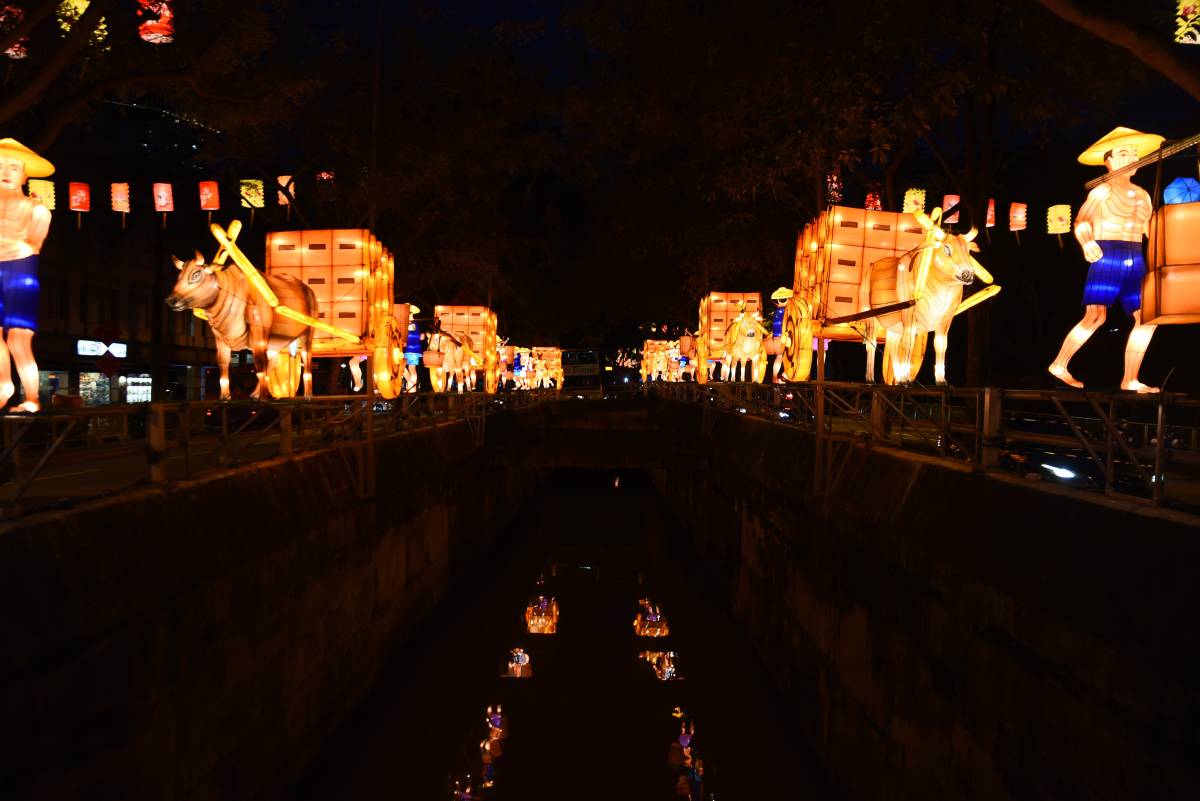 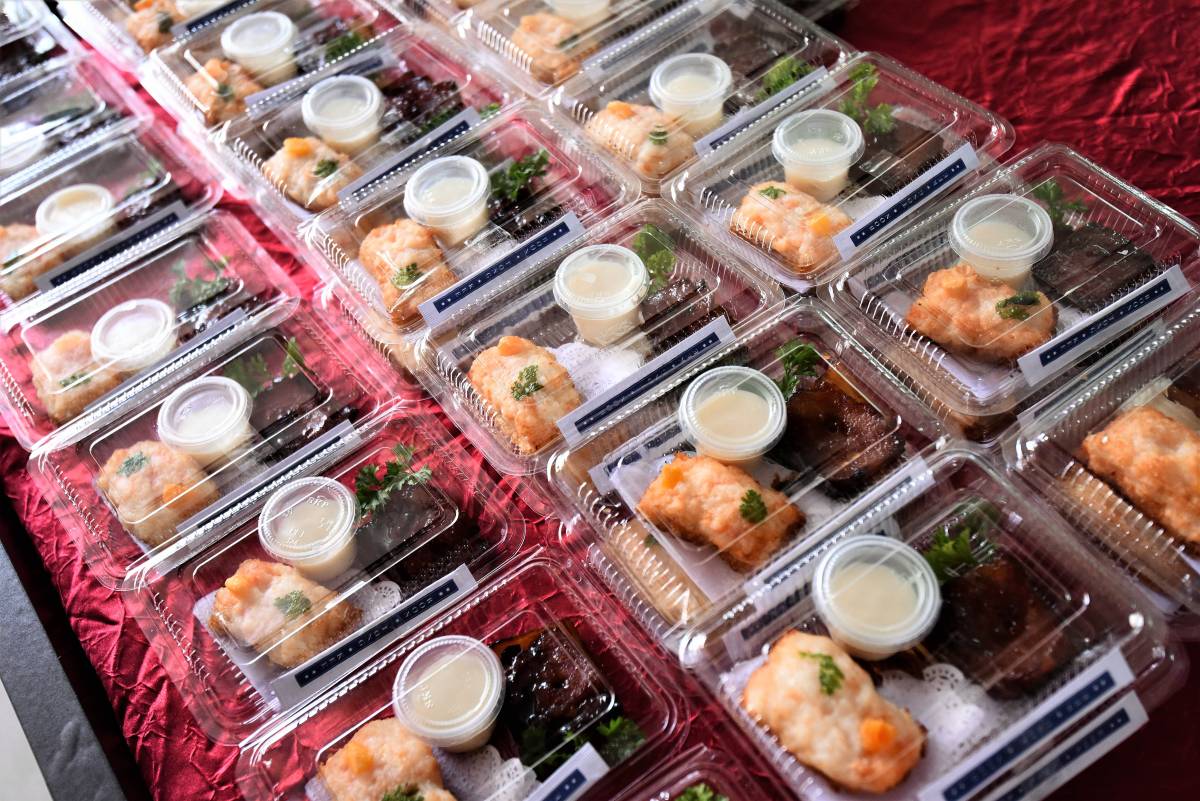 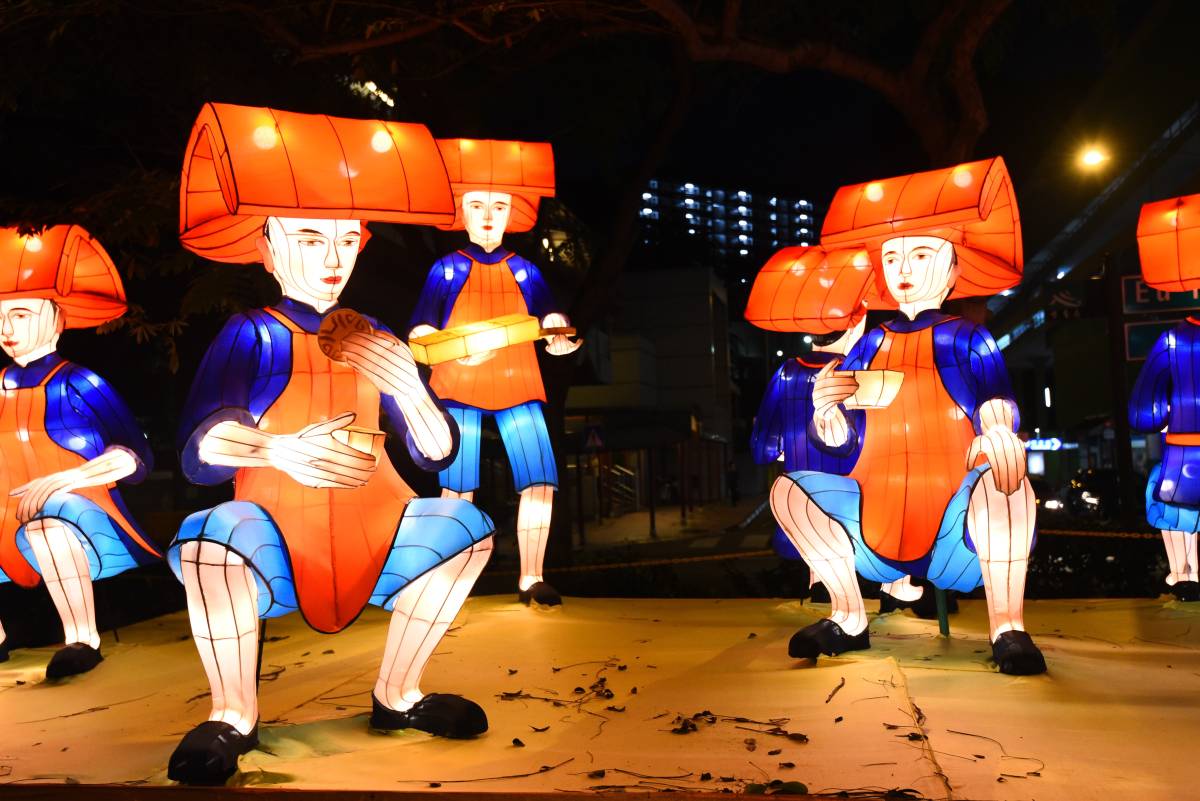 4 September 2018, Singapore: In celebration of the annual Mid-Autumn Festival, Kreta Ayer – Kim Seng Citizens’ Consultative Committee invites all Singaporeans and tourists to reminisce the Chinese Heritage of Chinatown. Themed “Our Chinatown. Our Mid-Autumn” this year’s festival will recapture the scenes and life experiences of Singapore’s Chinatown in the 50’s and 60’s. It aims to encourage more people especially the youth to learn more about the Chinese traditions and heritage, and the lives of their forefathers where they first come to Singapore.

Vivifying centrepieces of early Chinese immigrants, street lanterns in the form of traditional accordion paper lanterns, nightly stage shows with exciting dragon dance performances on weekends, and the ever-popular lantern painting competition and mass lantern walk aim to allow Singaporeans and visitors from overseas to soak in the festive spirit like how they were celebrated in Chinatown. A new night event for this year’s Mid-Autumn Festival is the “Singapore Culture and Heritage Trail – Cantonese Chapter: Reliving the yesteryears once more”. The two-night of event promises to bring back traditional Cantonese cuisine and street food commonly found in the 1950s and 1960s. It will feature more than 10 popular Cantonese delicacies with traditional dishes which are hard to come by, such as “Gold Coin Chicken” and “Prawn Toast”. A variety of street activities like fortune telling, face threading, Chinese calligraphy, Cantonese costume photo booth and opera will surely delight visitors. Out of the programmes lined-up, many of which are supported by WeCare PALs; PA’s network of corporate and community partners such as International Left-Hand Calligraphy Association, Kong Chow Wui Koon, Kowloon Club and The Wedding Chamber. Besides immersing in the Cantonese culture, visitors can also be part of history by joining in for a record-breaking feat of the greatest number of oriental masks to be worn at the same time.

The Chinatown Mid-Autumn Festival 2018, organised by the Kreta Ayer-Kim Seng Citizens’ Consultative Committee (KA-KS CCC) and supported by the Singapore Tourism Board, will kick start on 8 September 2018 first with the Official Light-up and Opening Ceremony, graced by Guest-of-Honour, Mdm Halimah Yacob, President of the Republic of Singapore. The street light-up will be from 8 September to 8 October 2018.

Dr Lily Neo, Adviser to Jalan Besar GRC GRO (KRETA AYER – KIM SENG) said, “Mid-Autumn Festival is one of the two key Chinatown Festivals that bear rich Chinese traditions and heritage. It is important for us to continue preserving and passing down our traditions and heritage from generation to generation. This year Mid-Autumn Festival tells the story of Chinatown where it reminisces the early days of our forefathers coming to Singapore in search of a better life and how they have contributed in many ways to our nation building. They have also brought along their culture, traditions and festivals while they settled down their roots here. We hope that through this festive celebration, it will remind us of our own history and culture while we continue to build on the strong foundation laid by our forefathers to bring Singapore to greater heights.”

“The Mid-Autumn Festival celebrations bring to life the heritage, character, and beauty of Chinatown, delighting visitors and Singaporeans year after year. The festivities also play a key role in bringing together the local community to foster a deeper appreciation of the rich Chinatown heritage,” said Ms Serene Tan, Director, Arts and Cultural Precincts, Singapore Tourism Board.

This year’s street lights focus on the stories of the early Chinese immigrants in Chinatown and how they have contributed to nation building in various ways. The main centrepiece that depicts the stories is a 10-metre tall, 8.5m in length and 2.5m in width Chinese junk ship and 168 sculptured lanterns of the different vocation of the early Chinese immigrants, particularly the Samsui Women, Coolies, Street Hawkers and Rickshaw riders, which will be showcase along the divider between Eu Tong Sen Street and New Bridge Road. There will also be 180 beautifully hand-crafted lanterns, hand-painted with orchids, peonies and hydrangeas, that will decorate South Bridge Road. In addition, there is another 1288 lanterns, which are enlarged versions of the traditional paper accordion lanterns in vibrant shades of red, pink, yellow and orange that will decorate the main streets of Chinatown along New Bridge Road, Eu Tong Seng Street and South Bridge Road.

The design of Mid-Autumn Festival Street Light-up 2018 is the 3rd collaboration between the Organising Committee and Nanyang Academy of Fine Arts (NAFA). The 9 talented 3D Design Programme students of NAFA led by their teacher, Ms Veronica Yew conceptualised the design after research and visits to the Chinatown. This is a priceless opportunity for the students to take part in a real-life project with hands-on experience learning the crafts of lantern-making from the experienced craftsmen from Zi Gong, China.

Some other key highlights of this year’s festival include:

• Nightly Stage Shows, with Dragon Dance performance during the weekend

• Mass Lantern Walk, with pit-stops to learn more about the Chinatown heritage