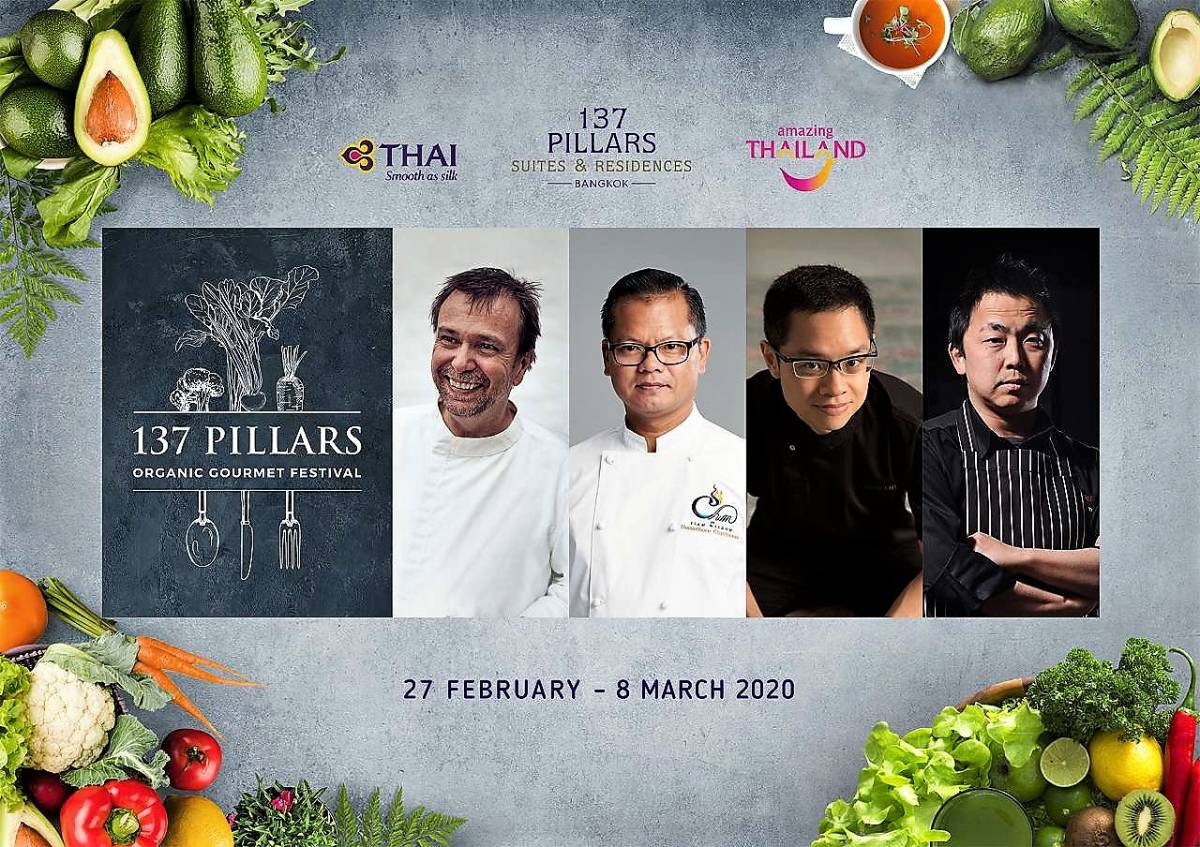 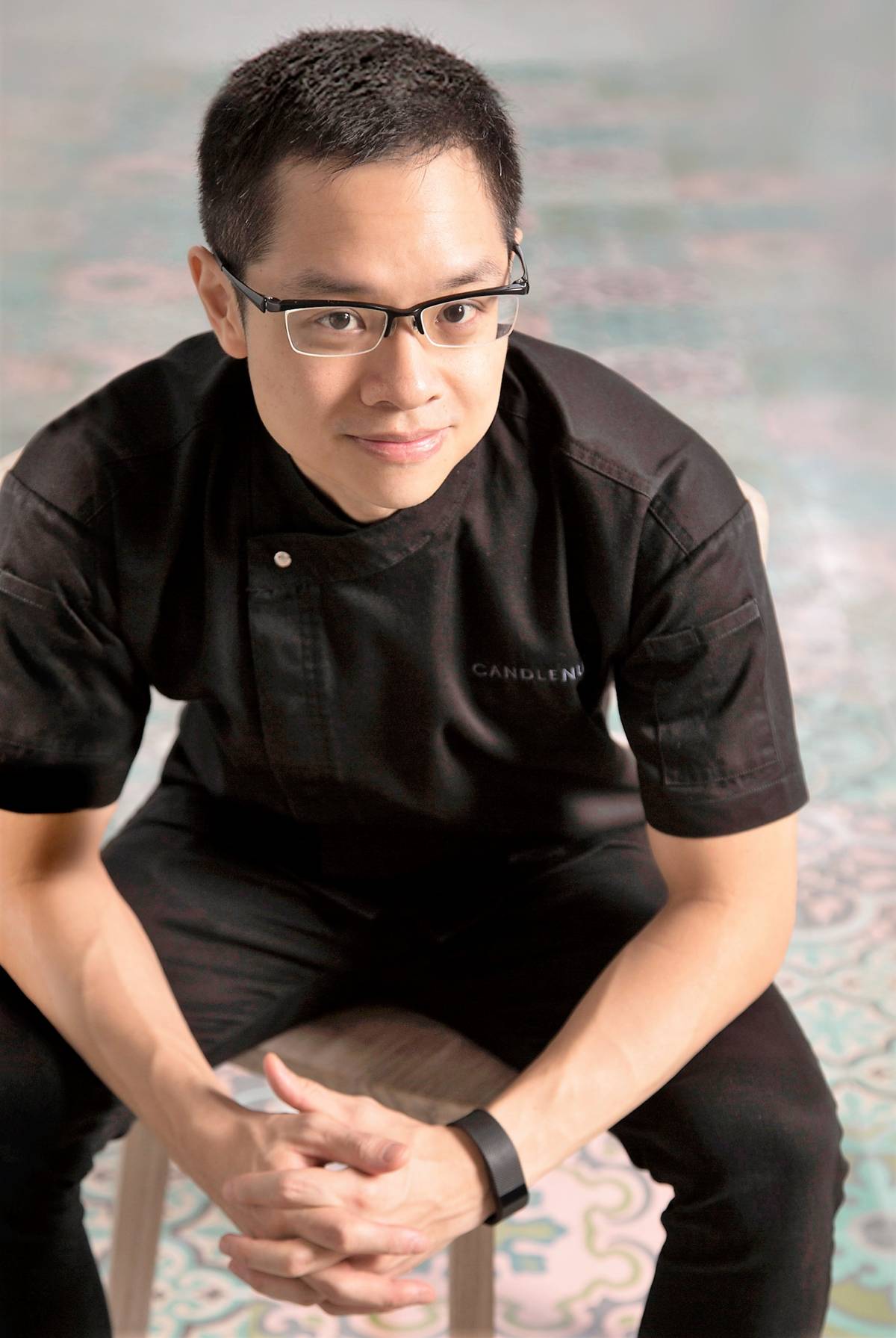 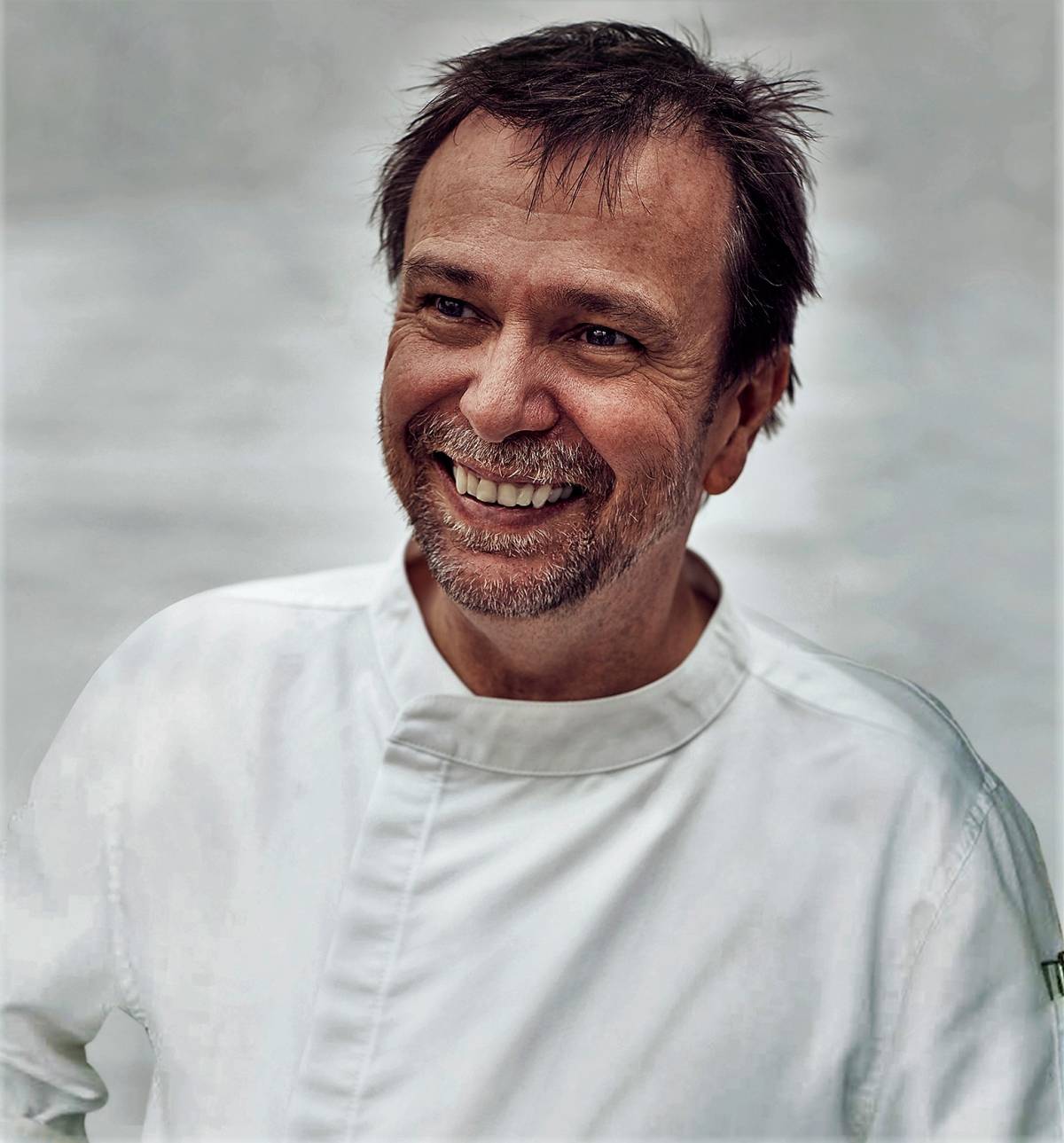 Bangkok, 29 January 2020: This February, luxury boutique hotel group 137 Pillars Hotels & Resorts will add a new flavour to the city’s culinary calendar with the launch of the 137 Pillars Organic Gourmet Festival (POGF), a gourmet food and drink extravaganza. The event boasts a stellar lineup of Michelin-starred chefs, who will put the spotlight on Asian cuisine through a series of exclusive gala dinners, after parties with renowned international and local mixologists and an Organic Farmers’ Market, showcasing the finest in local sustainable produce.

Sponsored by Thai Airways, the POGF event will run over the last weekend of February (27-1 March) and the first weekend of March (5-8 March), and a part of the proceeds will go to support the Autistic Thai Foundation. The foundation is a non-profit organisation that runs 20 centres to strengthen autistic children’s skills to learn, improve and be able to take care of themselves.

“I have always been a firm believer of nature and the wealth that it has to offer. Given the changes in our society, it is now more important than ever to share, celebrate and acknowledge the persistent initiations being made to highlight the importance of being in tune with nature and being innovative in its offerings. Our previous organic festivals have proved extremely popular in Chiang Mai and in Bangkok, and we hope this edition will encourage our guests and diners to closely examine the way the food they eat is produced and hopefully support the efforts made by farmers and companies to bring ingredients that are organic and sustainable to the table,” said Christopher E. Stafford, Chief Operating Officer at 137 Pillars Hotels & Resorts.

Kicking of this gastronomic journey on 27 February is the Organic Farmers’ Market from 4-10 p.m. on the hotel lawns. Participating vendors include Royal Project Foundation,

Chef Thaninthorn Chatrawan (bottom left) of the one Michelin-starred Chim by Siam Wisdom presides over the kitchen on the 29 February with a fantastic menu of classic dishes that include centuries-old recipes prepared using modern techniques gained from his overseas experiences. Later Niks       Anuman-Rajadhon of Teens of Thailand/Asia Today fame wows diners with his mixology skills.

On 6 March, Chef Malcom Lee (bottom right) brings a piece of Candlenut, the world’s first Michelin-starred Peranakan restaurant, to Thailand. He promises to take diners on an epicurean journey of refined Peranakan cuisine that preserves the essence and complexities of traditional food, with astute twists that lift it to a different level. Teaming up with him for the after party is Kris Du of Shanghai’s best-known Speak Low.

For the final gala dinner on 7 March, diners will witness the culinary alchemy of Japanese Chef Masafumi Hamano (bottom centre) of the two Michelin-starred Au 14 Février Saint-Amour-Bellevue, where he fuses French with Japanese to create stunning colourful masterpieces. Right after the dinner, Pongpak Sudthipongse of Sorrento takes over the bar to thrill guests with his exciting concoctions.

The event will also feature two Sunday brunches on 1 and 8 March as part of the activities. The first one will be hosted by Chef Thaninthorn “Noom” Chantrawan, the hotel’s executive Chef Maxim Baile and fine-dining restaurant Chef de Cuisine Nanang Prasetya Aditama from Nimitr. The second one will see chefs Malcom Lee and Masafumi Hamano wow guests with their inimitable culinary styles.