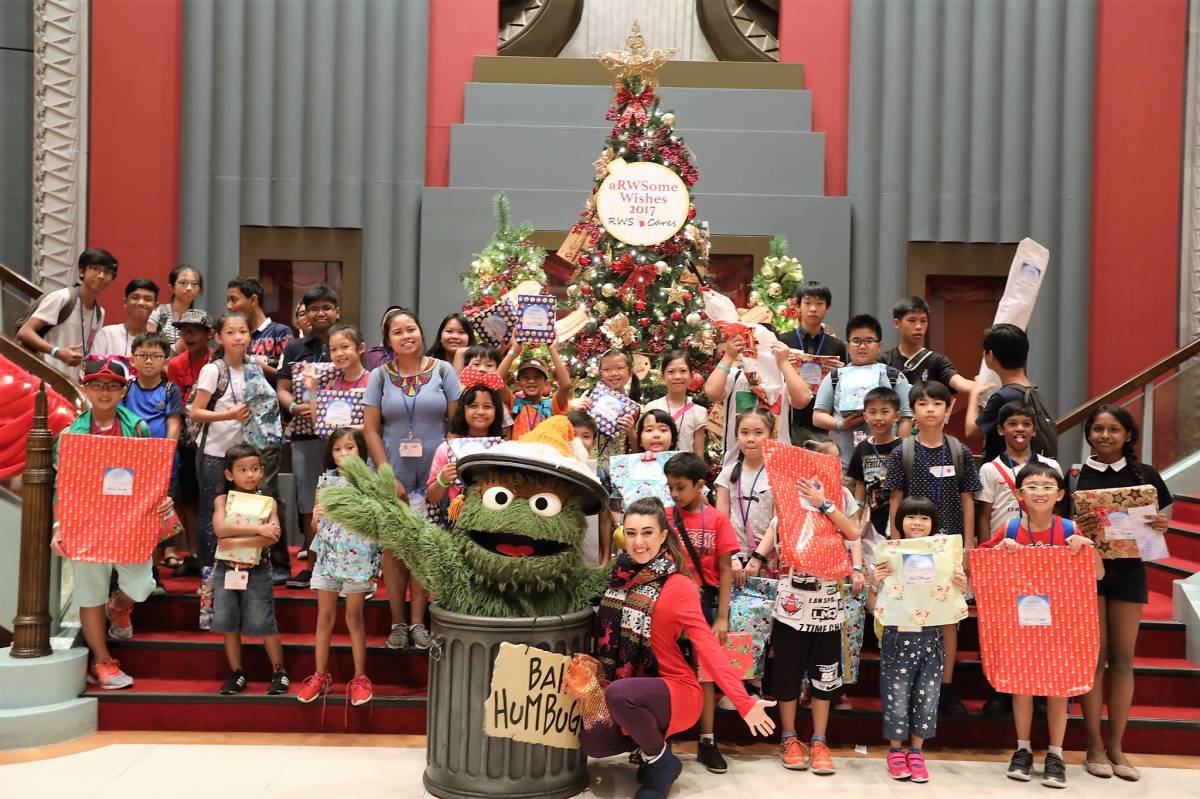 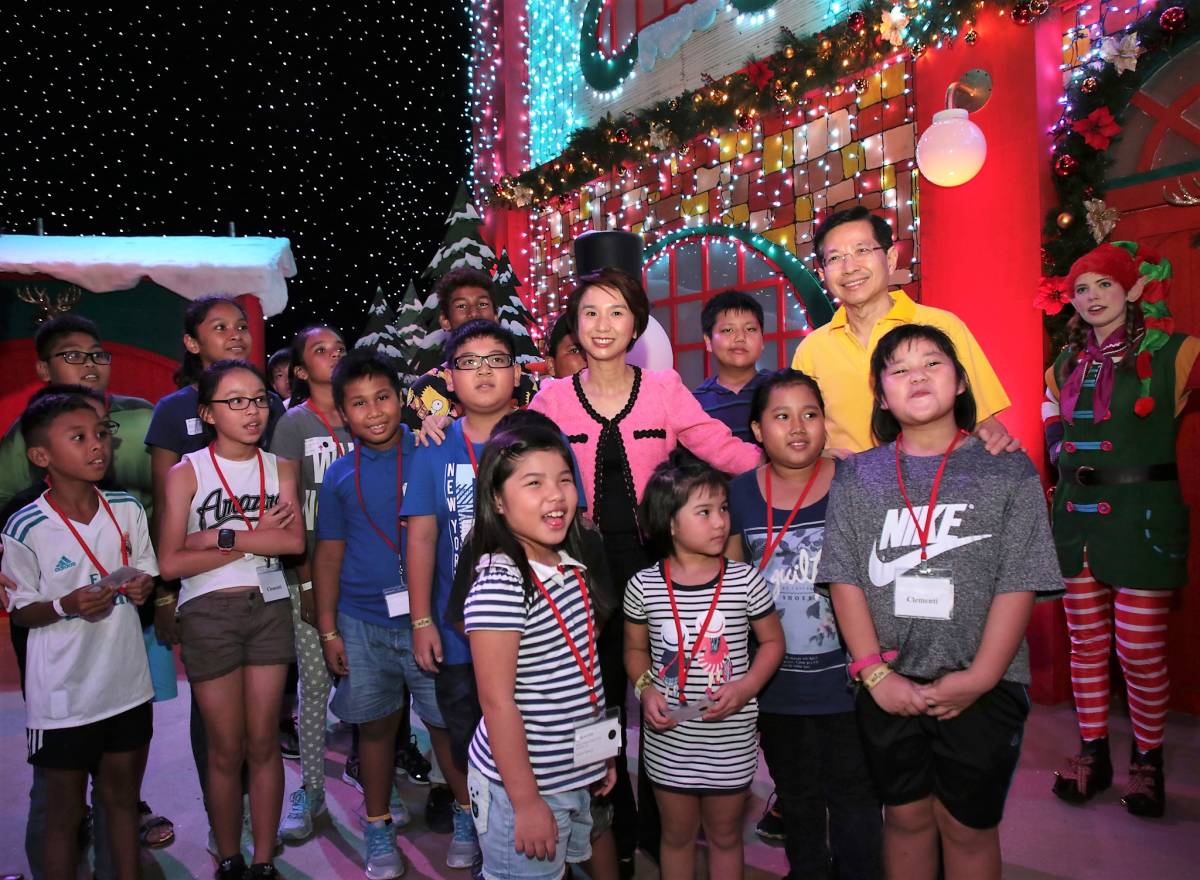 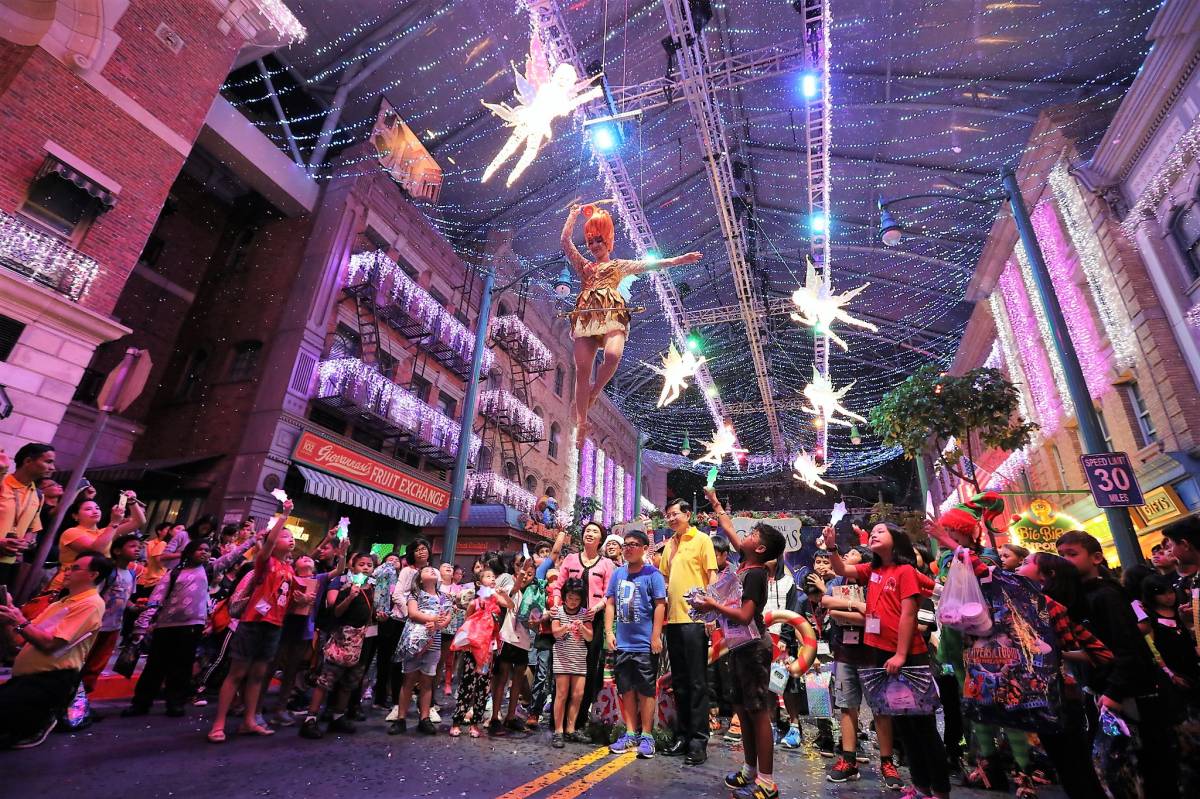 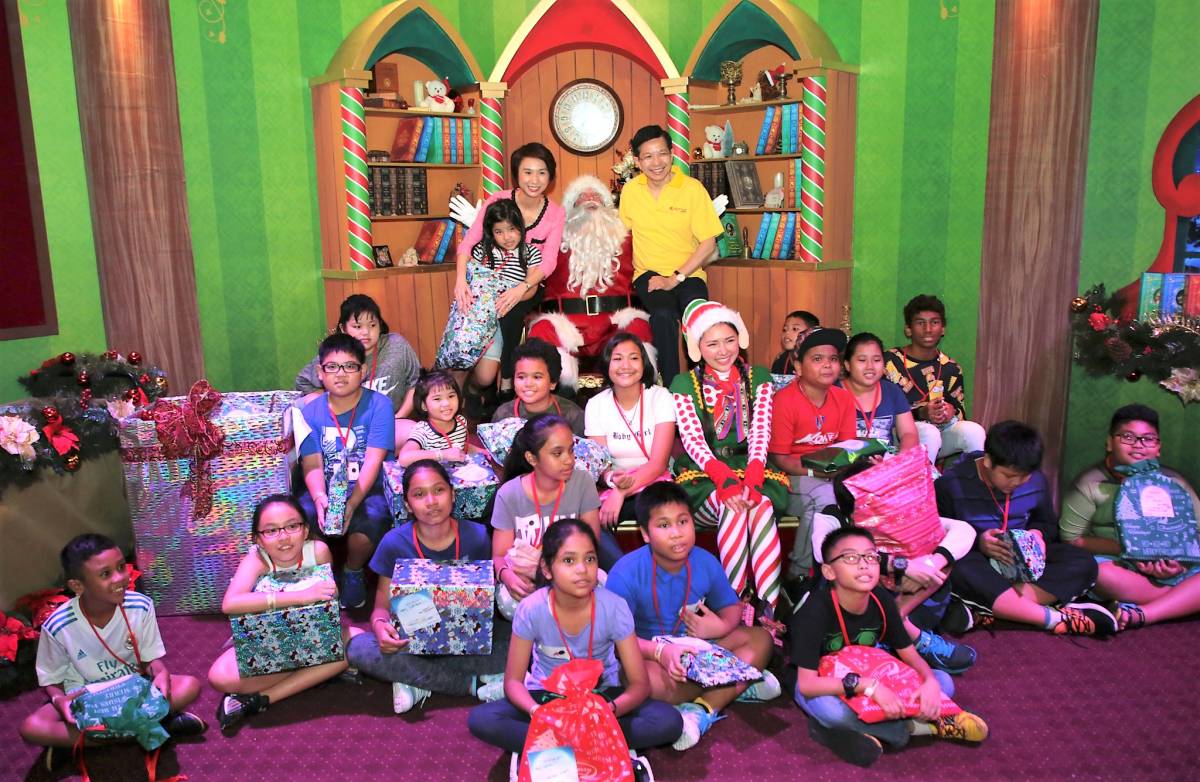 SINGAPORE, 30 November 2017 – The bright, dazzling and colourful lights of Christmas came on at Universal Studios Singapore in Resorts World Sentosa (RWS) this evening as the award-winning theme park launched A Universal Christmas. As part of South West Community Development Council (CDC)’s annual Festive Cheers @ South West, more than 400 children beneficiaries from the South West District joined Ms. Low Yen Ling, Mayor of South West District and Mr. Tan Hee Teck, Chief Executive Officer of RWS at the grand light-up of the World of Stars. During the launch, an acrobatic Airy Fairy made a surprise appearance by taking flight into the air, and with a wave of her magical wand, illuminated thousands of lights and brought forth snowfall, as a prelude to Search for a Christmas Star projection mapping and musical performance.

The 440 children were the first in Singapore to be treated to an exclusive preview of the transformation of Universal Studios Singapore into a winter wonderland awash with musical performances, snowfall, fireworks, favourite character appearances and yuletide décor before A Universal Christmas officially opens to the public on 1 December 2017. True to the spirit of joyful giving, hundreds of RWS employees shared festive cheers by fulfilling the Christmas wishes of all the children beneficiaries with presents comprising Universal Studios Singapore merchandise purchased through their personal contributions. This was among the highlights of the destination resort’s annual aRWSome Wishes – a Christmas giving and community outreach event – organised in partnership with South West CDC as part of Festive Cheers @ South West, where employees of RWS rallied to do their part for the underprivileged children in the community.  Festive Cheers @ South West comes under the Adopt @ South West programme, which RWS has been supporting since 2013.

Following the launch at Universal Studios Singapore, RWS has pledged to donate S$10 to Community Chest for every online ticket purchased to A Universal Christmas – up to a maximum donation of S$300,000. Guests are encouraged to join in this aRWSome Wishes Charity Drive to support the underprivileged community. Taking the partnership with South West CDC to a deeper level, RWS will also be playing an active role in Clean Up South West!, an annual district-wide trash-for-groceries recycling exercise by contributing used linen and old clothing from employees and business units in exchange for groceries for needy households.  RWS will also be coming onboard Foodprints @ South West, an initiative which recognises organisations demonstrating effective food waste management practices.

Mr. Tan Hee Teck, Chief Executive Officer of RWS said: “Every year during the holiday season, it has been our tradition to bring festive cheers and share the warmth of Christmas with the underprivileged children.

This year, we expanded our aRWSome Wishes with a charity drive to donate S$10 to Community Chest for every online ticket purchased to A Universal Christmas, up to S$300,000. Visitors can play their part for charity by bringing their family and friends to Universal Studios Singapore this December and celebrate Christmas in a more meaningful way. We also look forward to expanding our CSR partnership with South West CDC to other key areas such as recycling and food waste management so that we can make deeper and more impactful contributions to the community with a more holistic perspective.”

Ms. Low Yen Ling, Mayor of South West District said: “Our partnership with RWS Singapore has grown since 2013 when it joined the Adopt @ South West programme to support underprivileged residents in our district. On top of its corporate giving, RWS employees are actively involved in reaching out to those in need. This year, they have added a personal touch by fulfilling the children’s Christmas wishes with their own contributions. Their meaningful gesture not only makes this Christmas a memorable one for the kids, it shows a deeper level of engagement and care that we hope many others will emulate.”