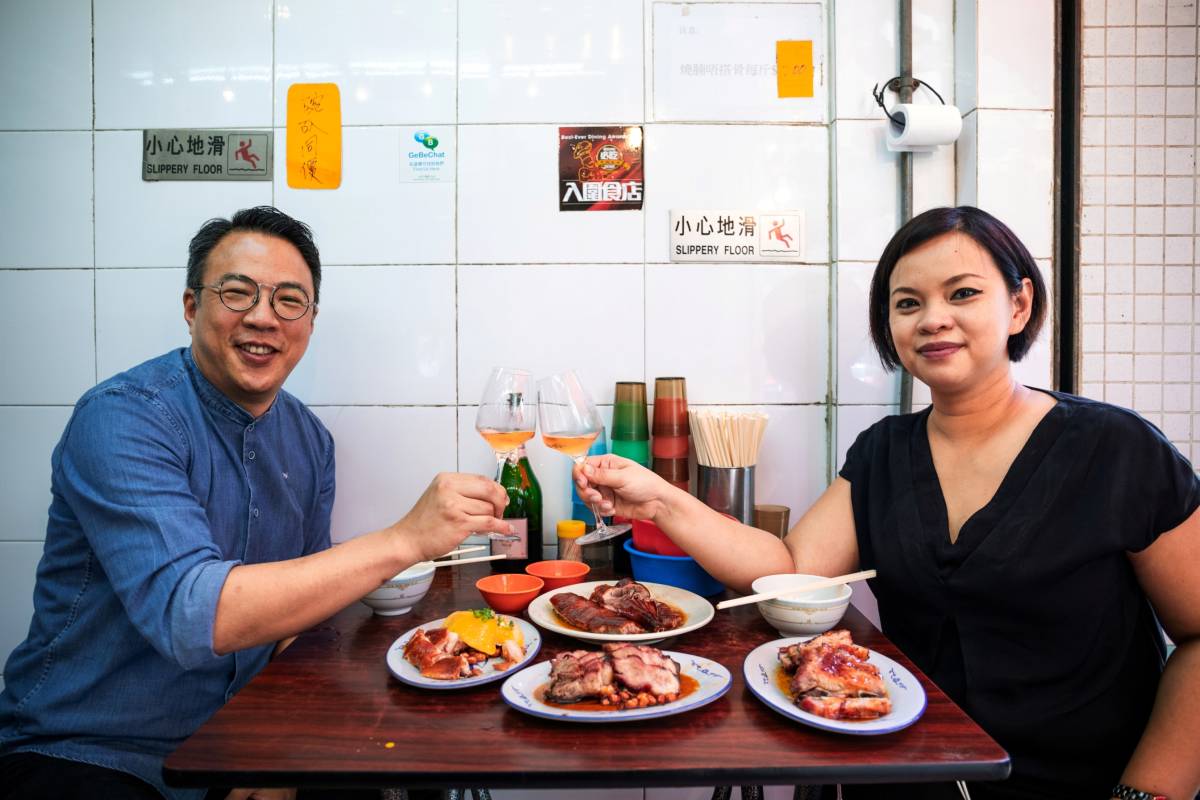 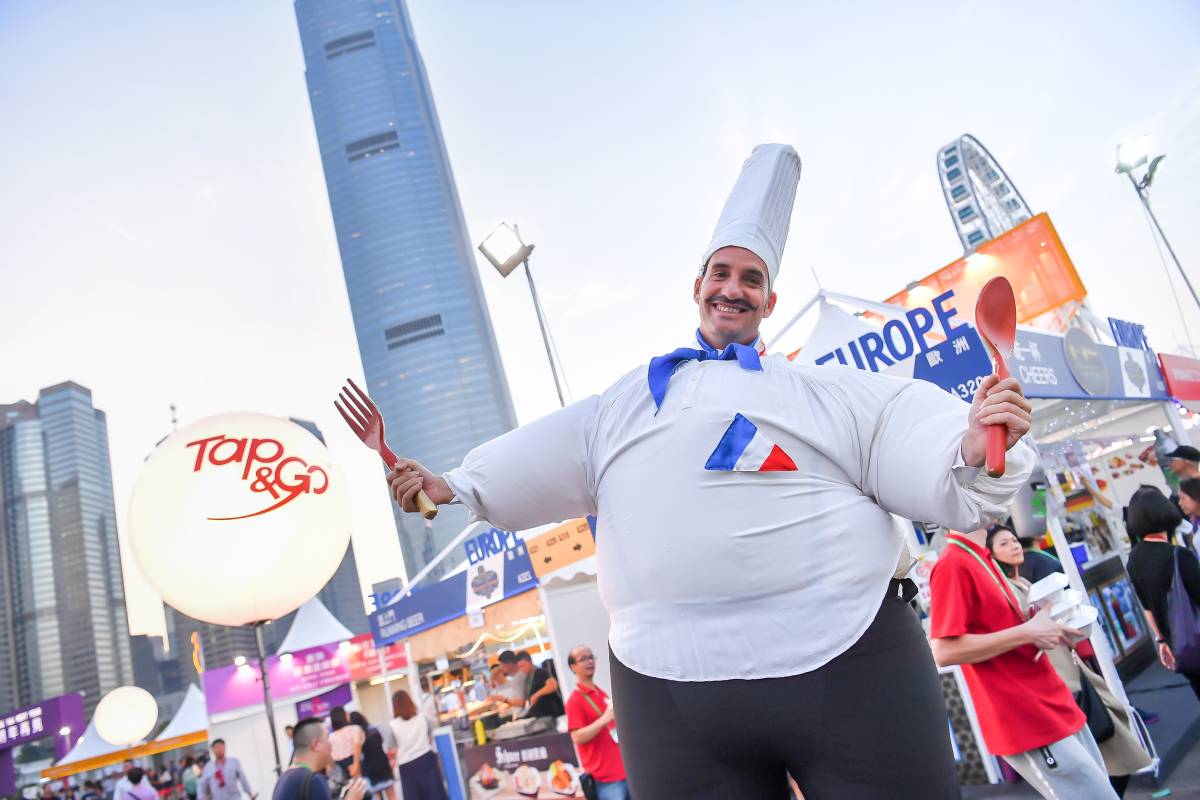 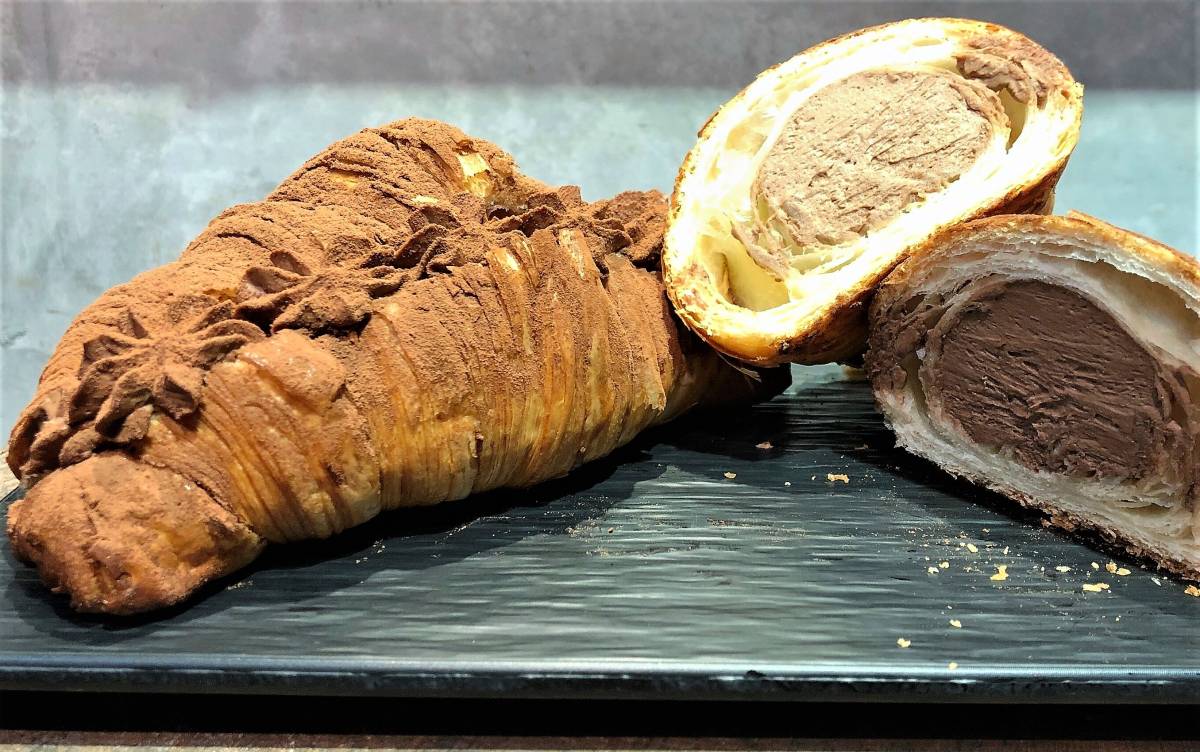 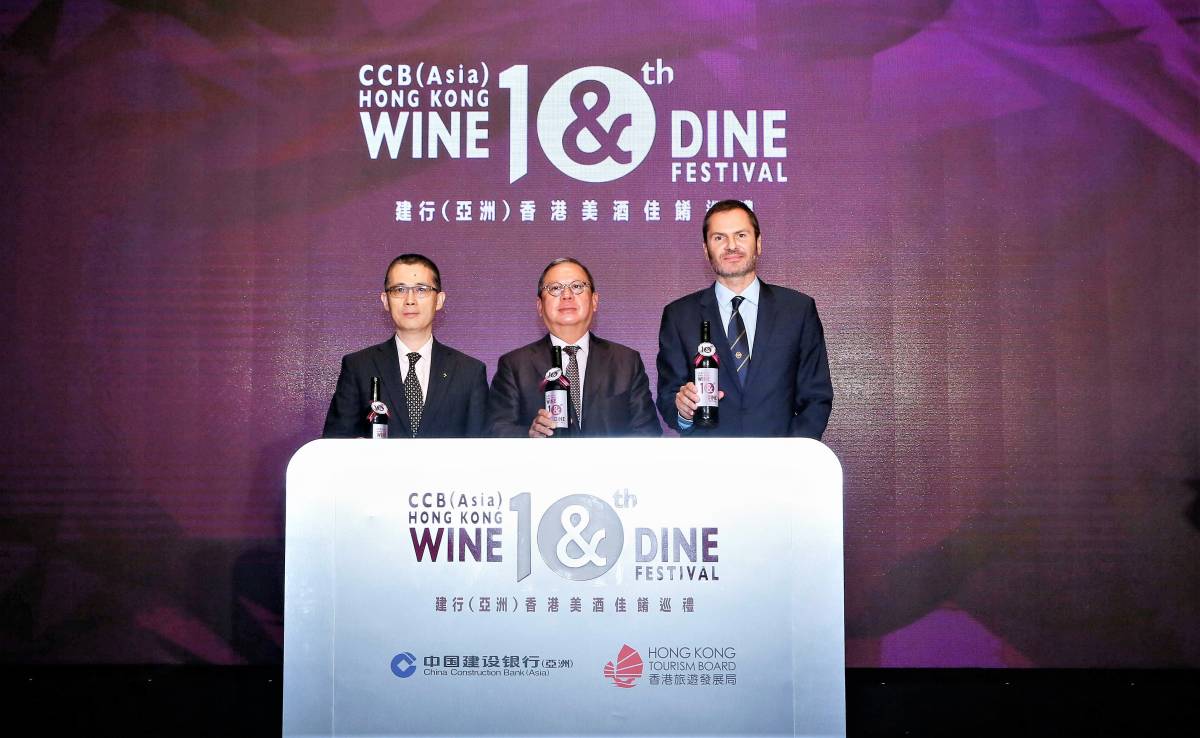 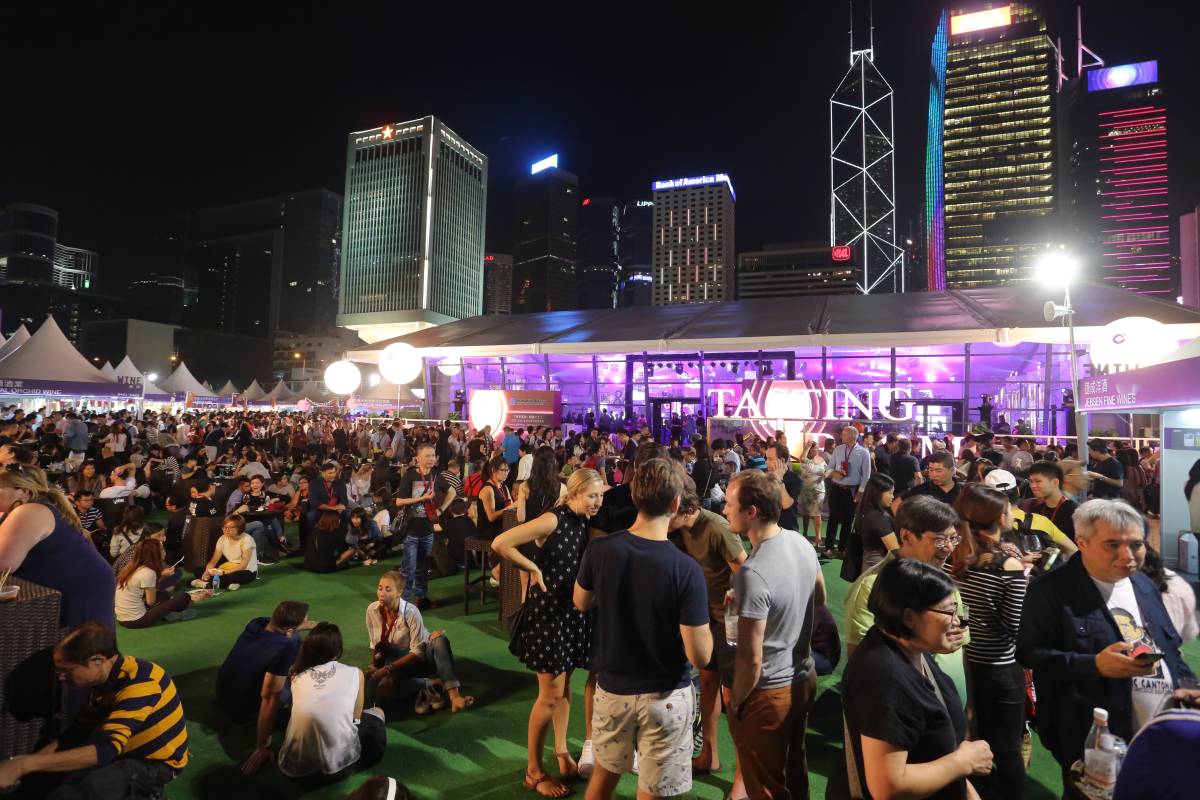 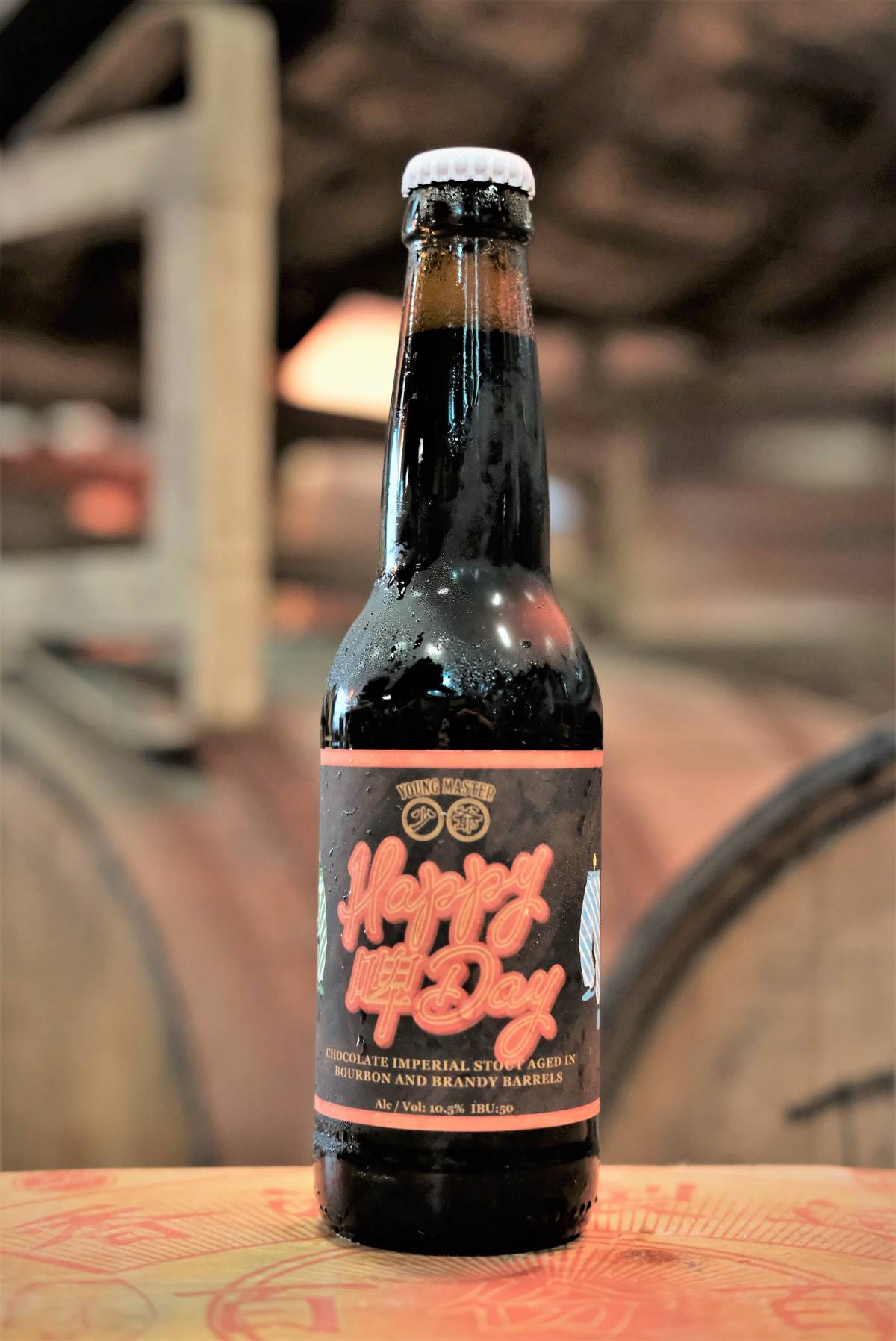 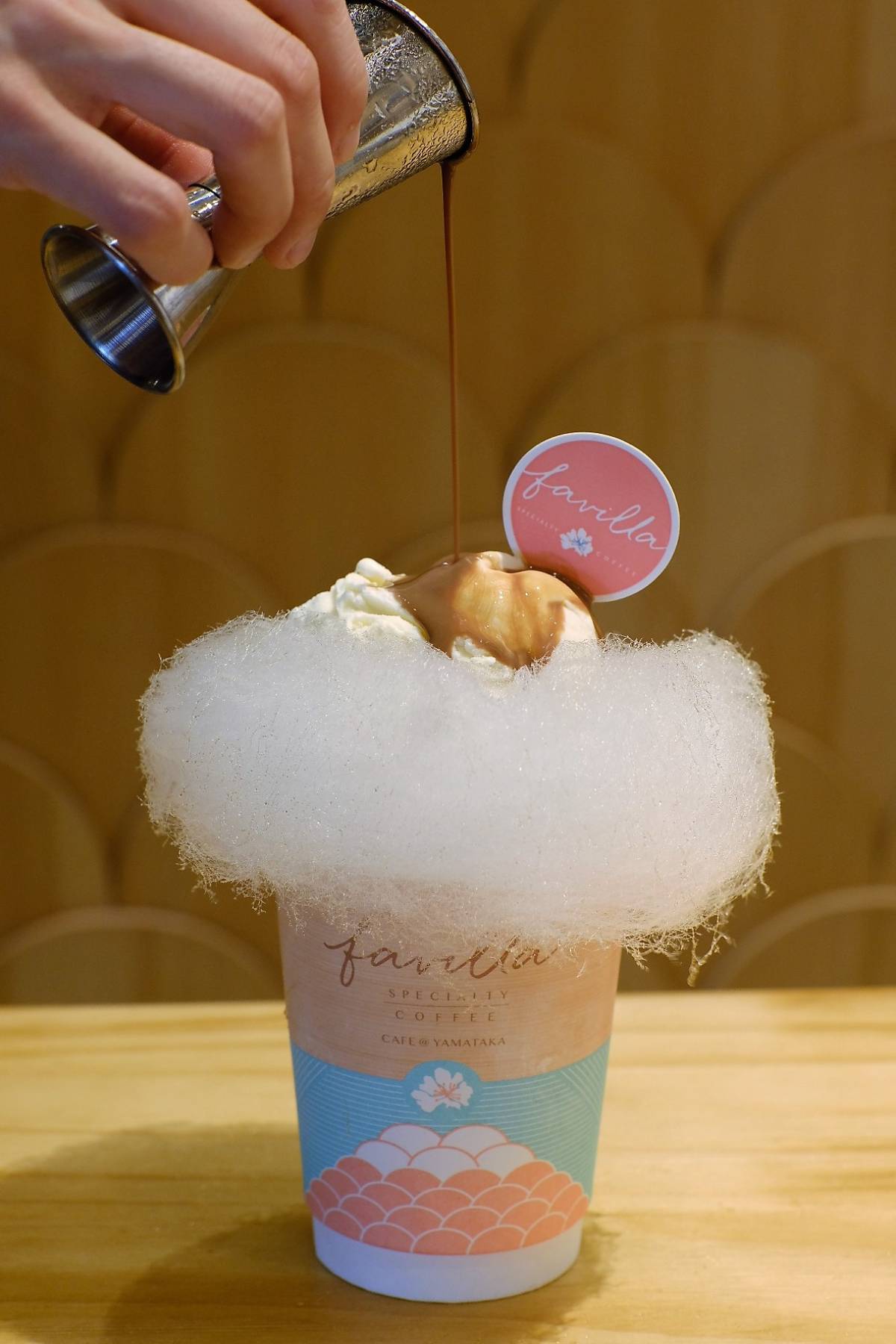 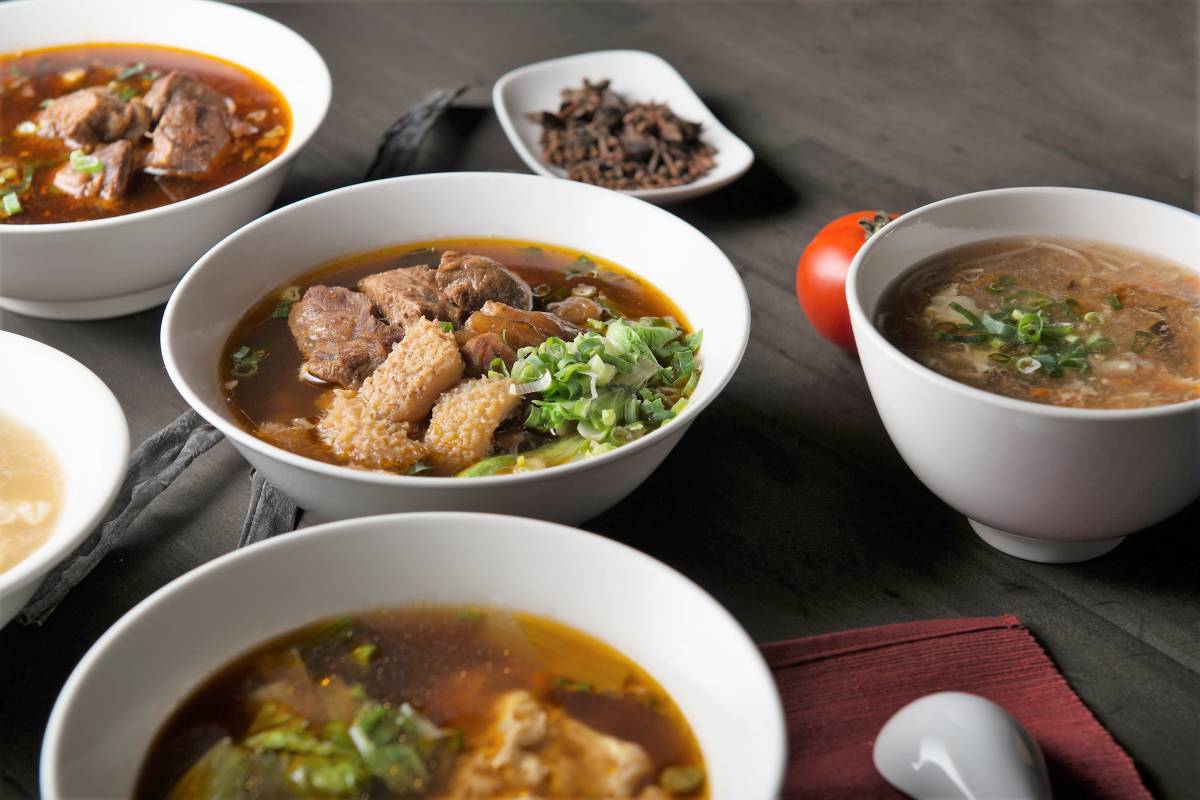 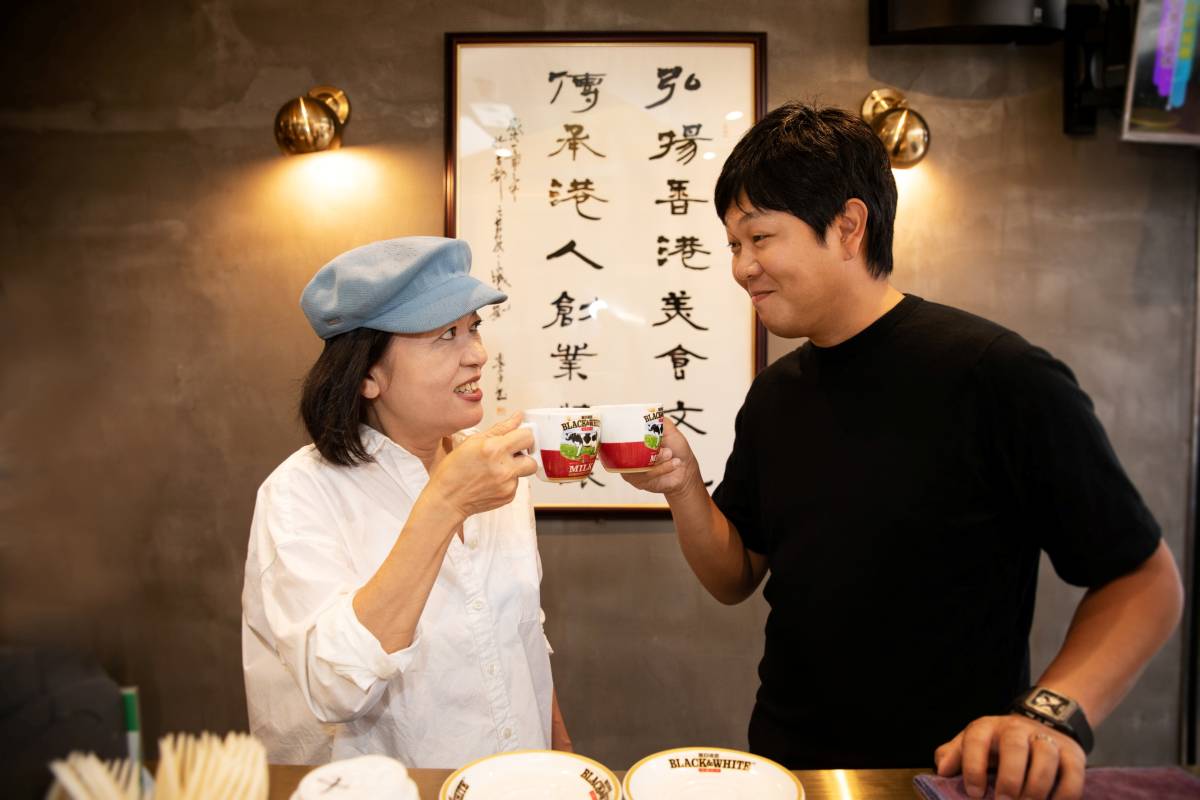 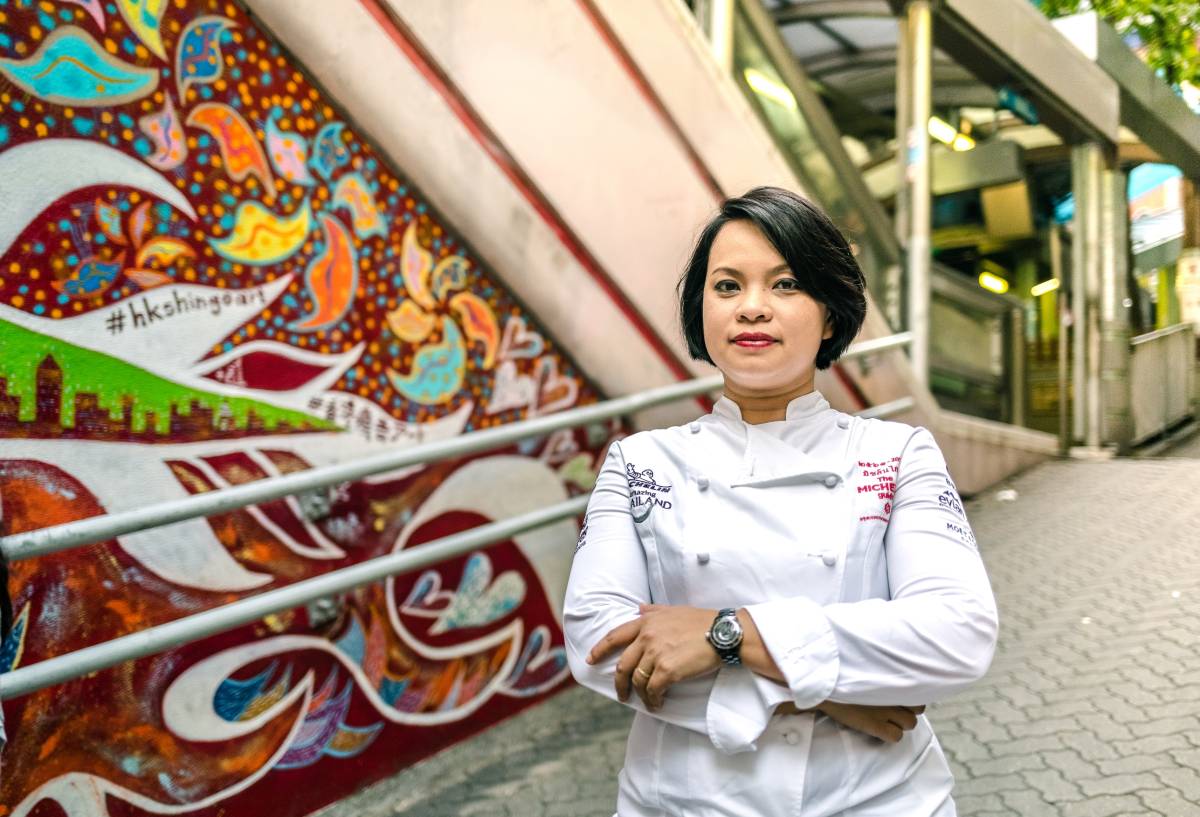 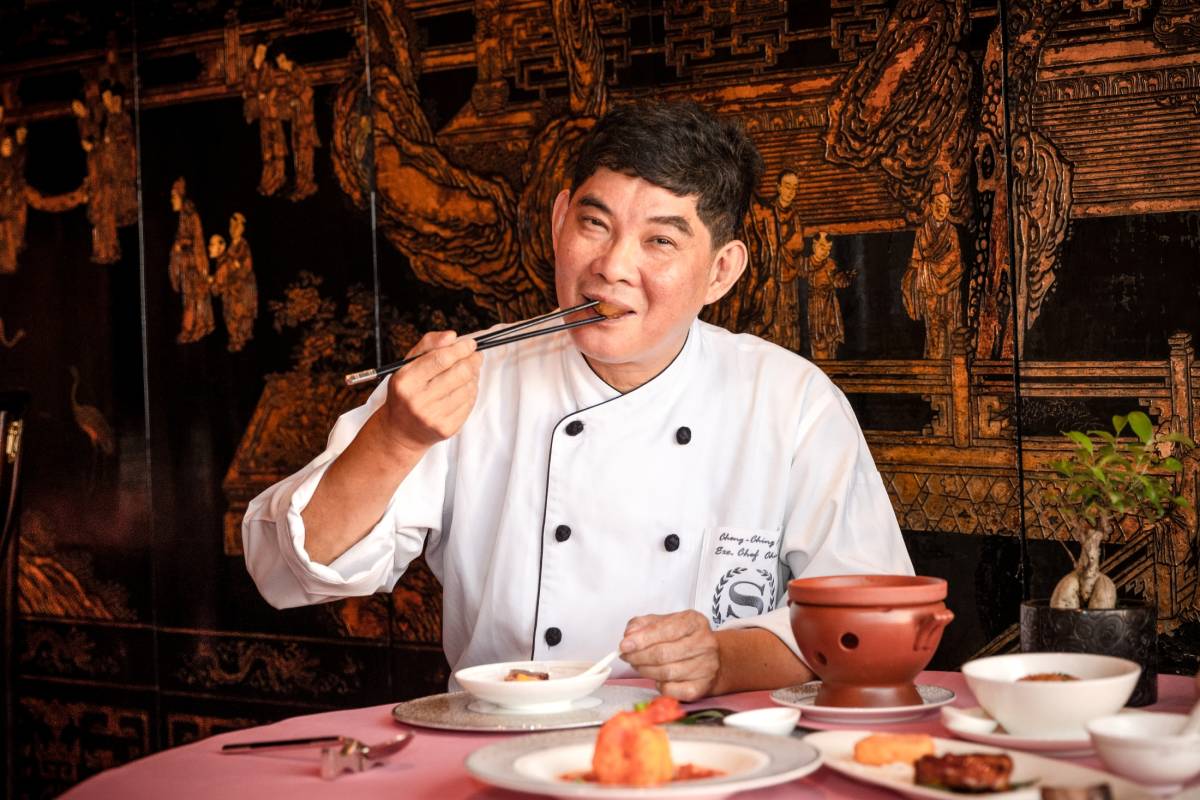 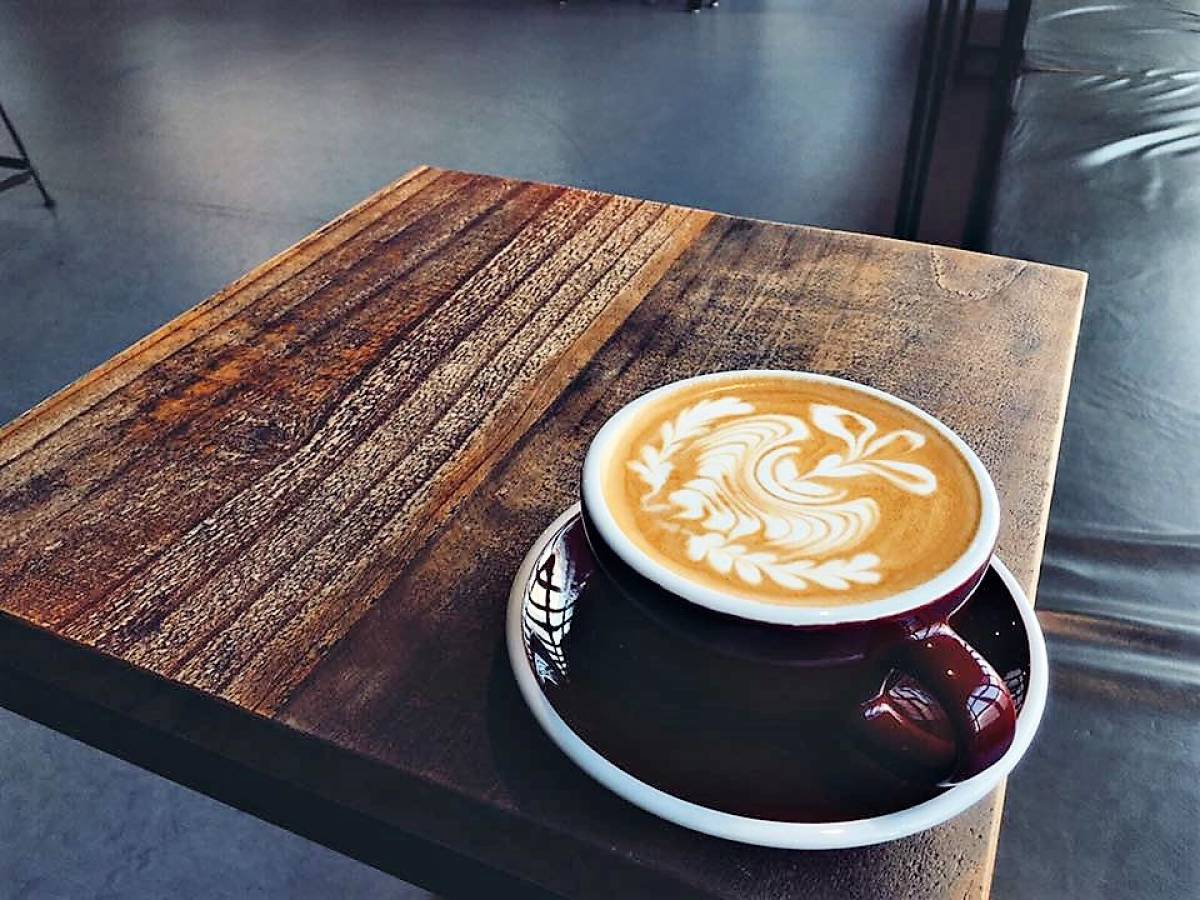 4.            Chateaus from various countries and regions, including Burgundy, Croatia and Russia, to make debut appearances

Organized by the Hong Kong Tourism Board (HKTB), with China Construction Bank (Asia) as the title sponsor for the fifth consecutive year, the CCB (Asia) Hong Kong Wine & Dine Festival will proudly present its 10th edition this year. To celebrate the event’s 10th birthday, the HKTB will infuse fun party elements and present the largest-ever Hong Kong Wine & Dine Festival, offering an unforgettable four-day wine and dine party for locals and visitors alike.

The CCB (Asia) Hong Kong Wine & Dine Festival 2018 will be held from 25 to 28 October (Thursday to Sunday). Extending its reach from Central Harbourfront Event Space to Tamar Park, the venue size for this year’s Festival will be 20% larger than last year’s, and there will be about 450 booths serving fine wines and exquisite food, over 10% more than last year.

The event highlights are as follows:

Five Michelin-starred chefs from the Mainland and overseas are coming to Hong Kong to jointly present the“10-Michelin-starred Dinner” in the “Tasting Room”. The five visiting master chefs, who have been awarded a total of 8 Michelin stars, will collaborate with two renowned Hong Kong chefs from one-Michelin-starred restaurants Man Wah and Mandarin Grill + Bar to concoct a highly anticipated wine pairing banquet with eight courses, fusing Chinese, Thai and French elements. Four overseas master chefs even visited Hong Kong earlier for inspiration for the banquet.

The five visiting celebrity chefs are:

4.  Chef Kentaro Chen, (Pictured above) Executive Chef of “Shisen Hanten”, a two-Michelin-starred restaurant in Singapore; and

Every year, new elements are introduced into the Festival, and this year is no exception. The Festival aims to offer surprises in both its wine and food selections. Wine lovers will be impressed by the “Wine & Dine 10th  Edition Specials” and “2009 Vintage”. These two not-to-be-missed exclusive series are available only this year. Featured items include:

•             “2009 Vintage”: This commemorative series, dating back to the founding year of the Wine and Dine Festival, includes selections from Robert Parker's 100-Point red wines.

As for dining, two newly introduced zones, “International Street Eats” and “Coffee Fiesta” will bring new sensations to your taste buds. They feature special delicacies including:

•             “International Street Eats”: This zone offers the latest gourmet sensations introduced to Hong Kong, including Tian Tian Chicken Rice from Singapore, Jiu-Wu Beef Noodle from Taiwan and local delicacies from seven regions, including Korea, Europe and Latin America, bringing tastes from all over the world to your table.

•             “Coffee Fiesta”: This zone gathers some of the most famous coffee and pastry shops in the city, such as Coco Espresso, by a champion barista; Say Hey Bakery, the award-winning baker; and celebrity dessert shop Alice Wild Luscious, guaranteeing event participants wonderful delicacies alongside fabulous wine-tasting experiences.

Over $1 million worth of gifts to celebrate the 10th birthday

No birthday party is complete without live performances and birthday presents. During the four-day event, independent musicians and buskers will perform at the venue, and there will be live music performances each evening on the main stage. There will also be game sessions every day, with prizes including air tickets, wines, gourmet food and wine tokens, valued at over $1 million.

In addition to the above, this year’s wine options will be expanded, featuring fine wines from first-time participating chateaus from countries and regions like Burgundy, Croatia and Russia to capture the hearts and tastes of festival-goers. And returning favourites from last year include the “Robert Parker Wine Advocate Pavilion”, the “FeedMe Lane” and “The Concept Store”. To make purchases more convenient for event participants, e-payment will be available at the venue.

Just How Fabulous is that Baker Boy!