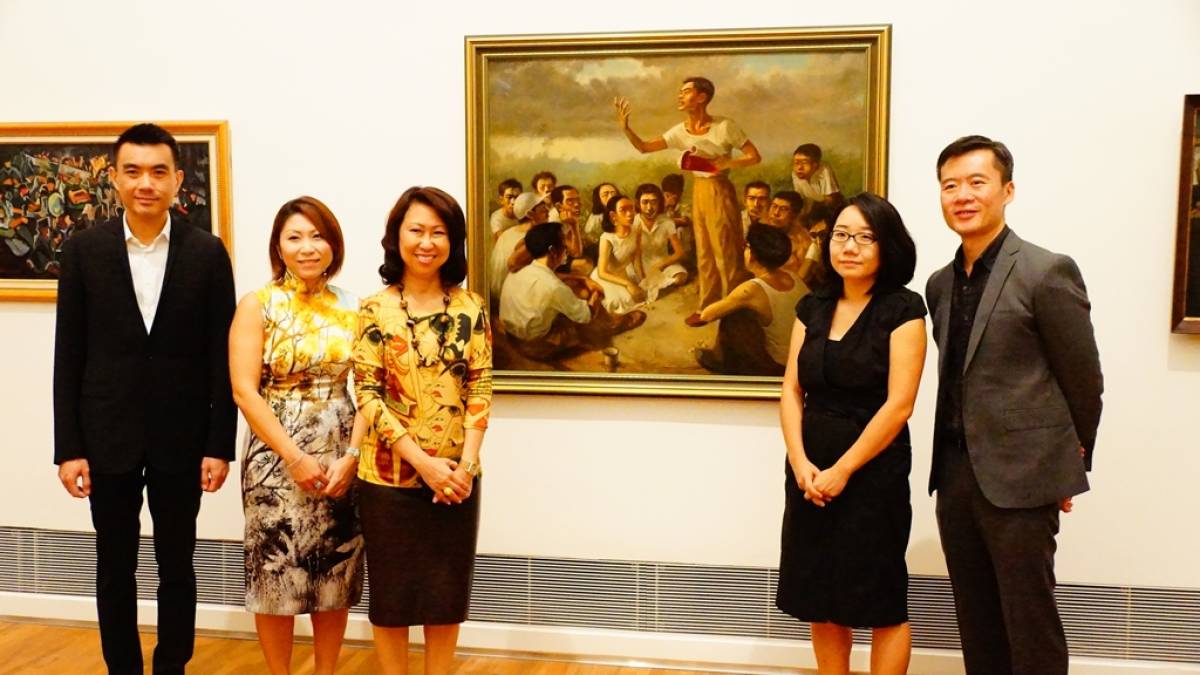 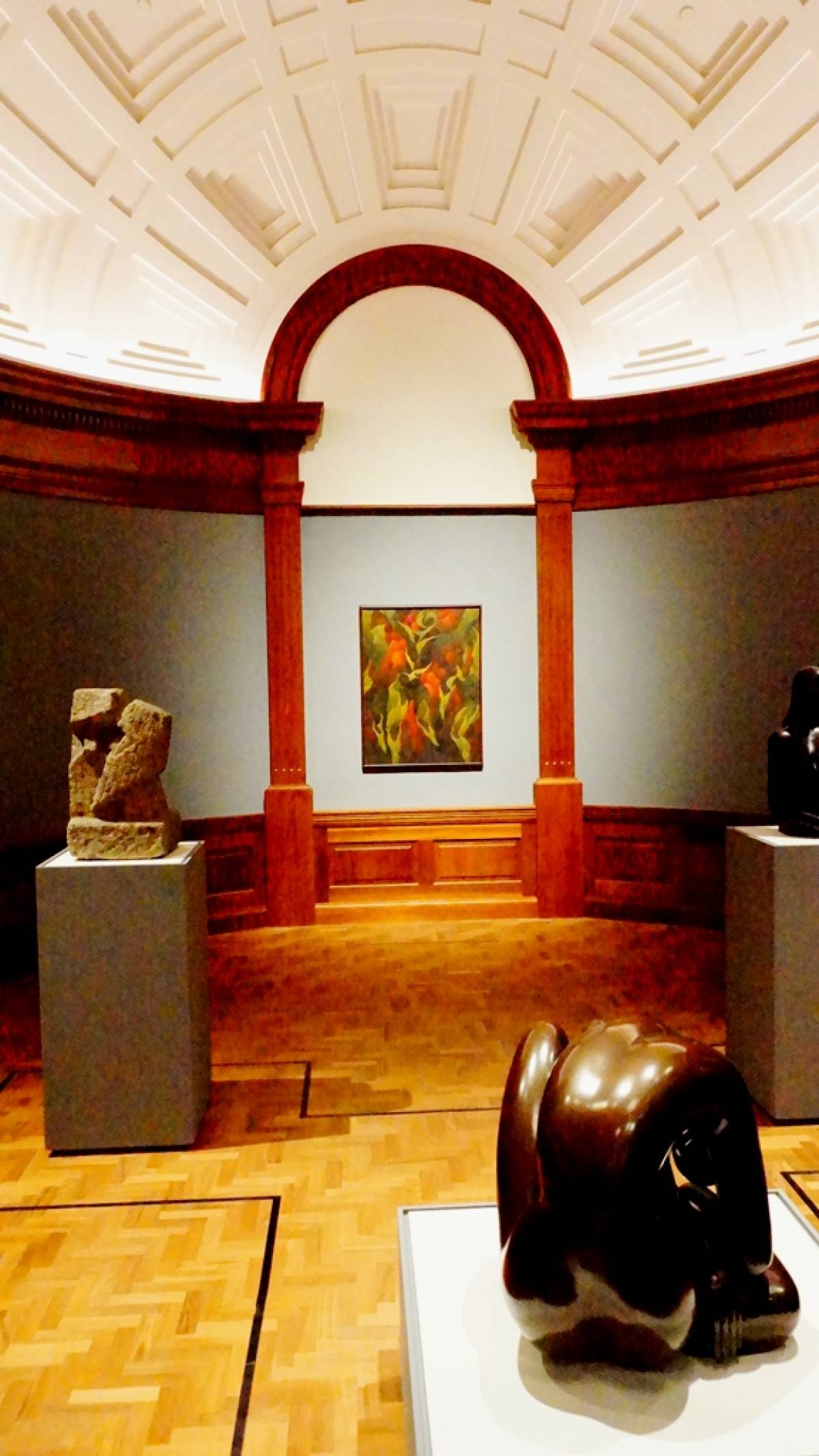 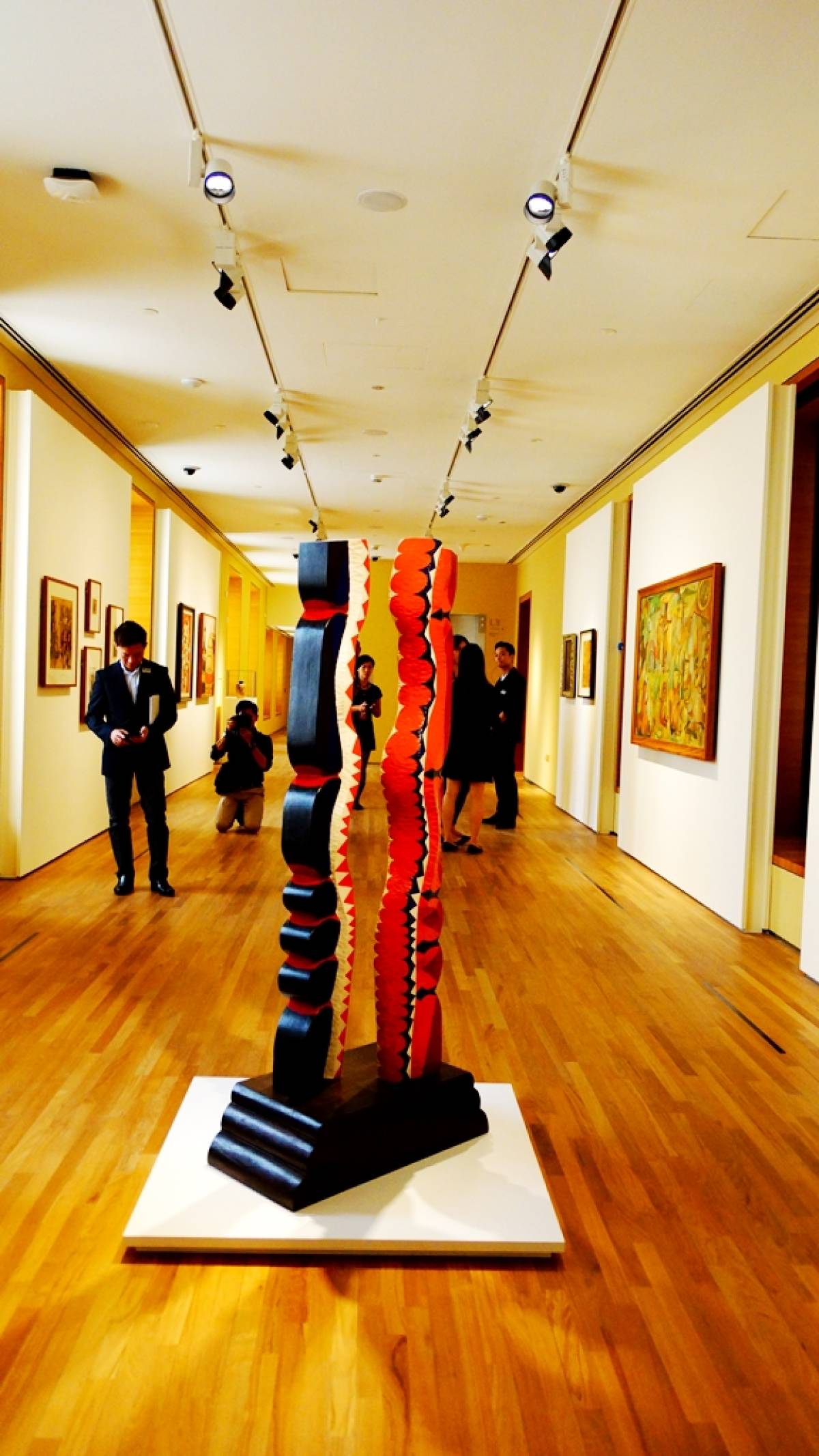 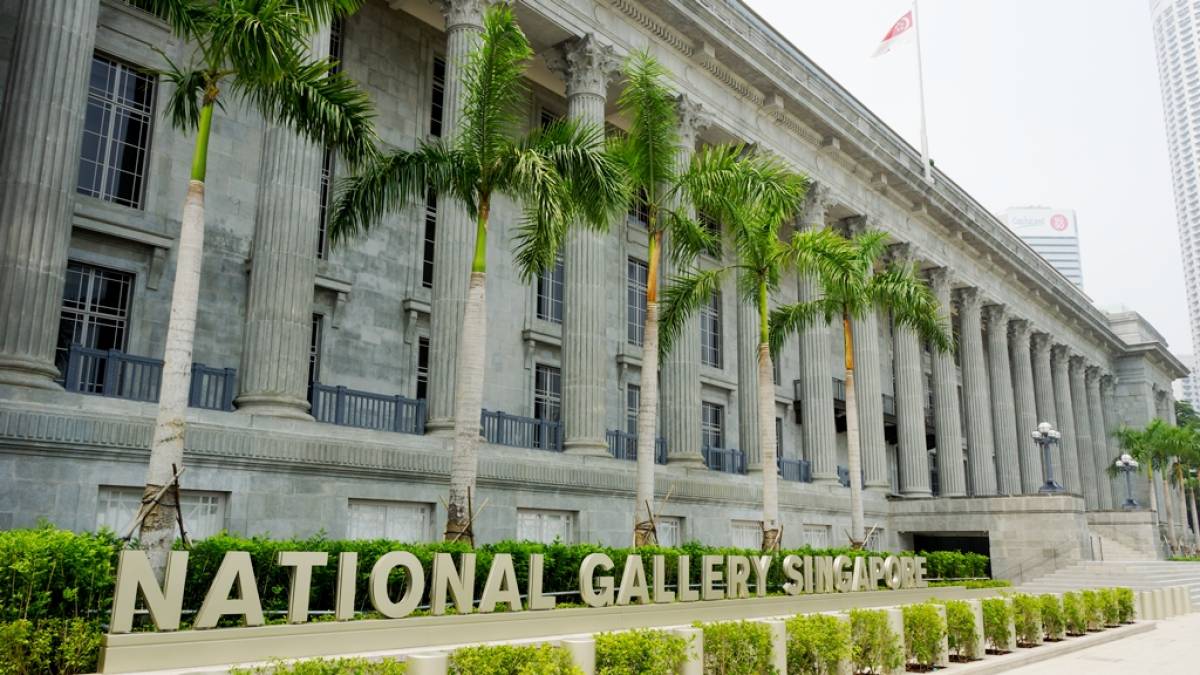 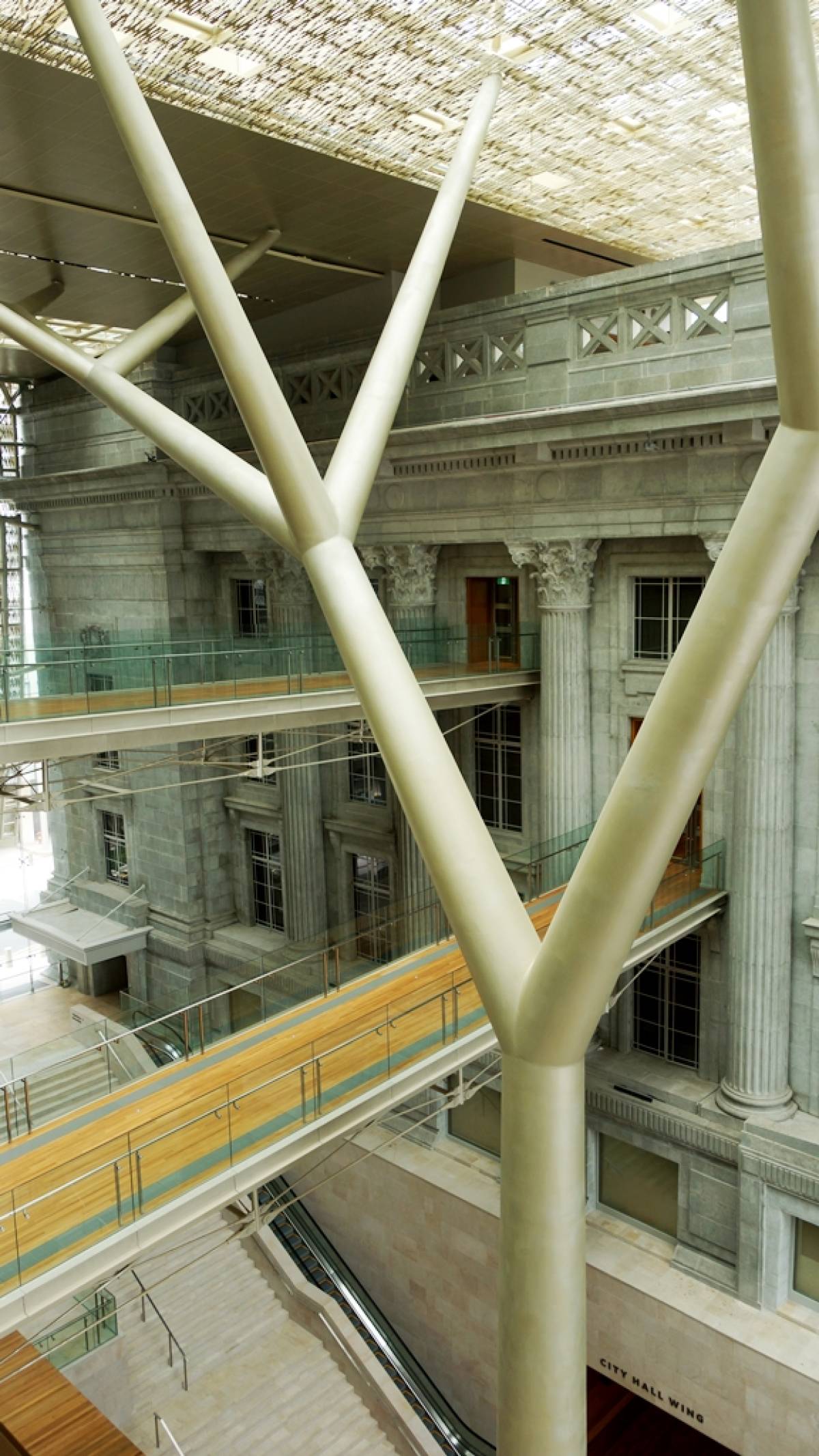 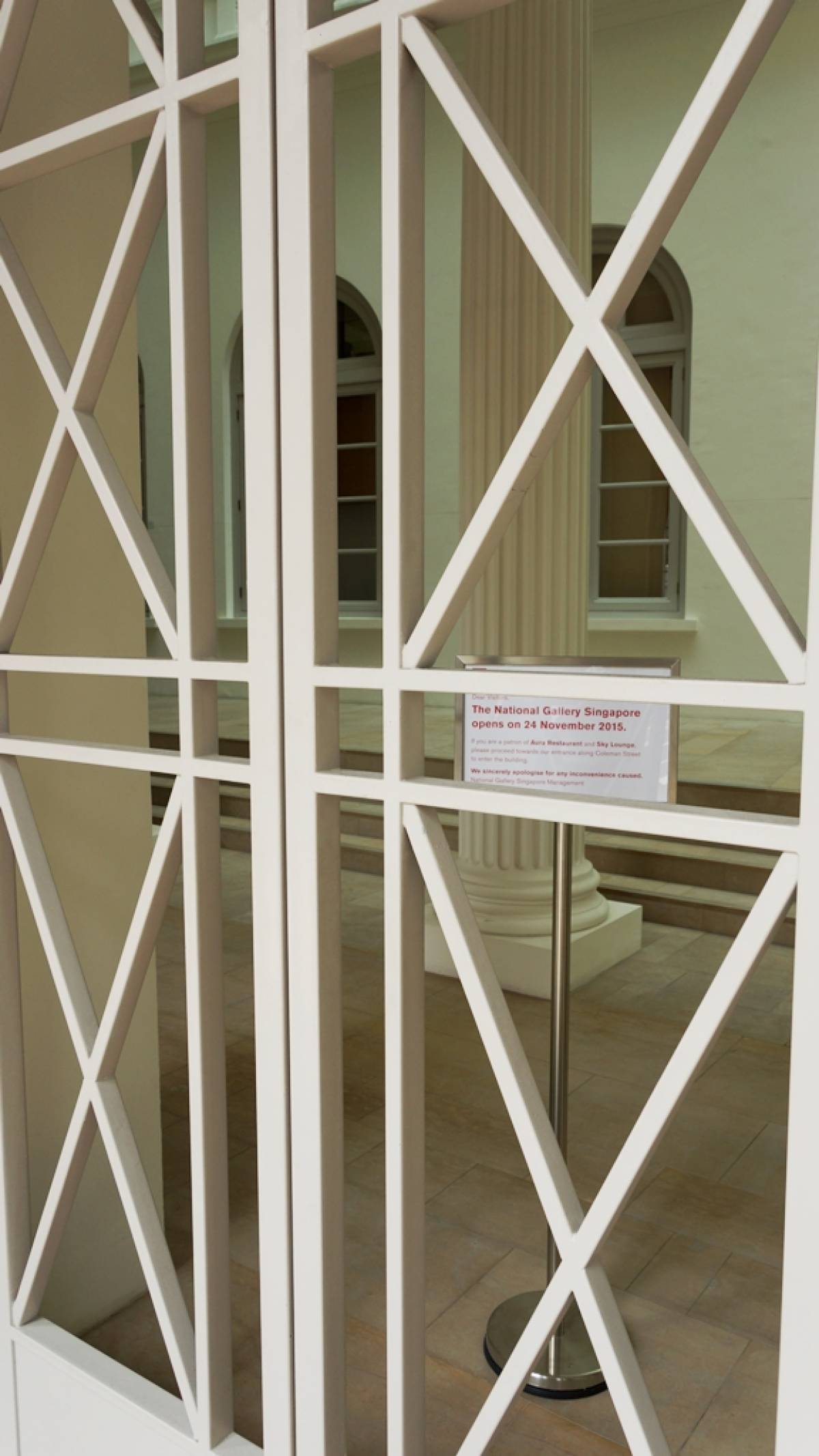 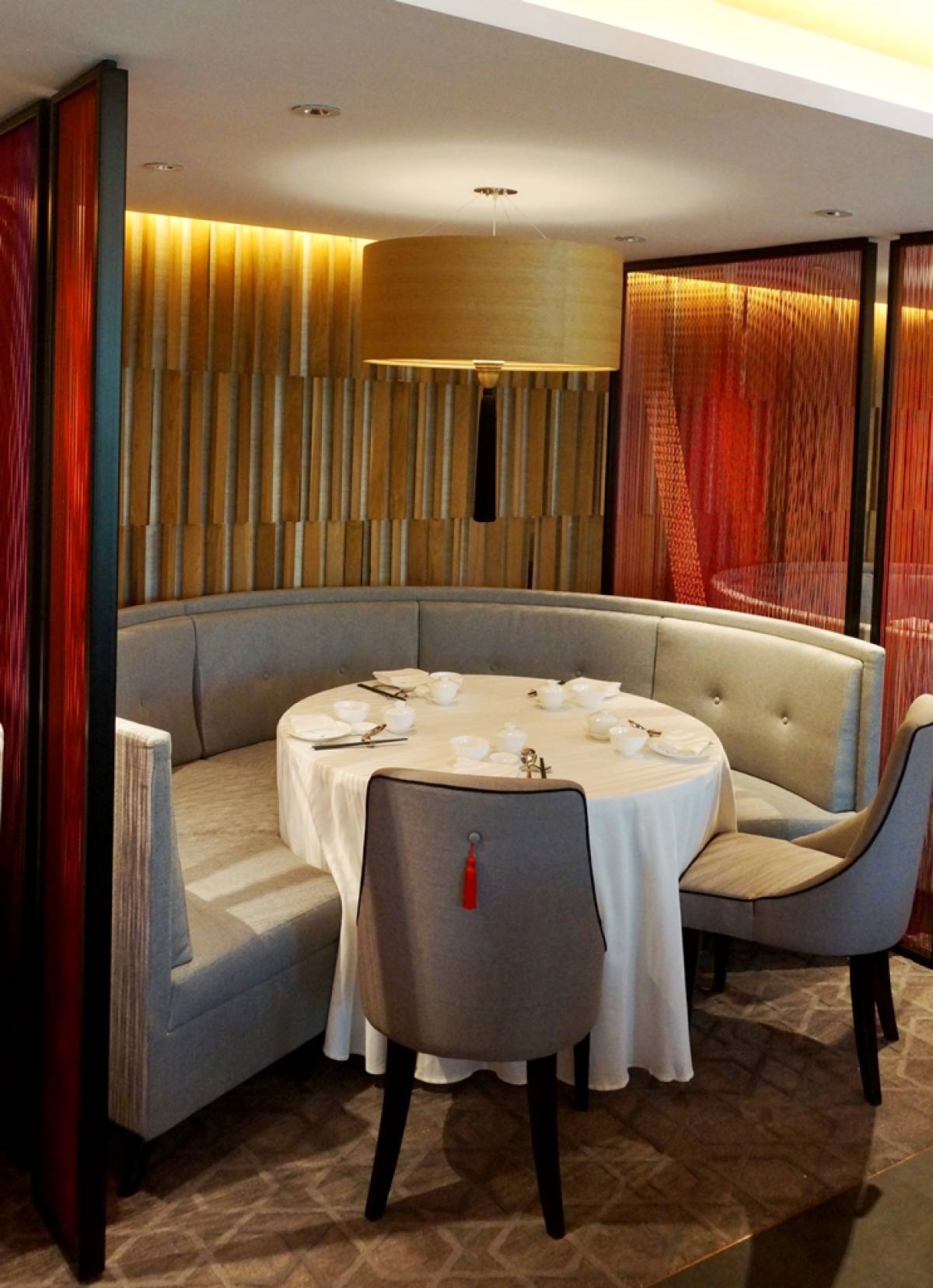 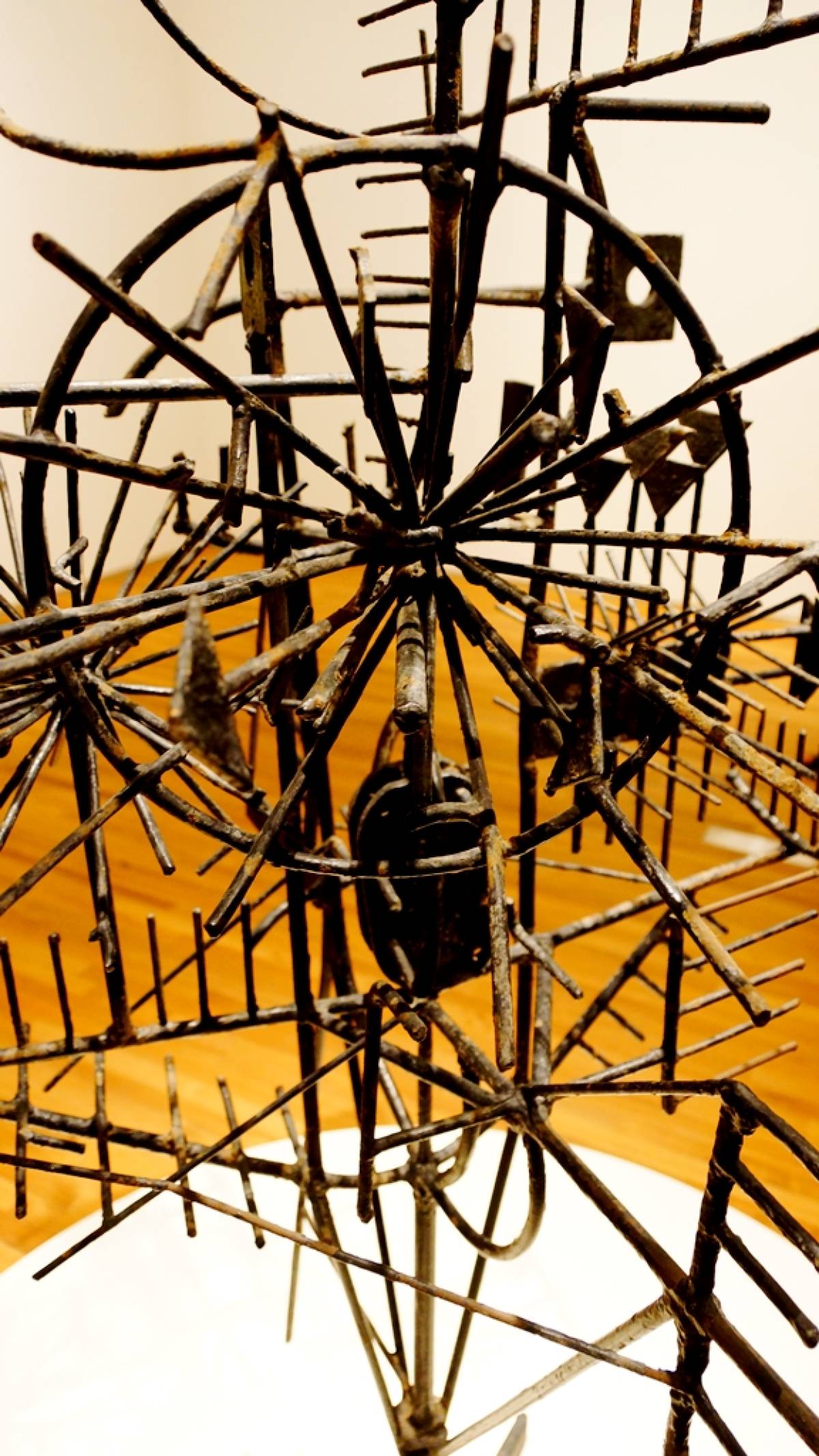 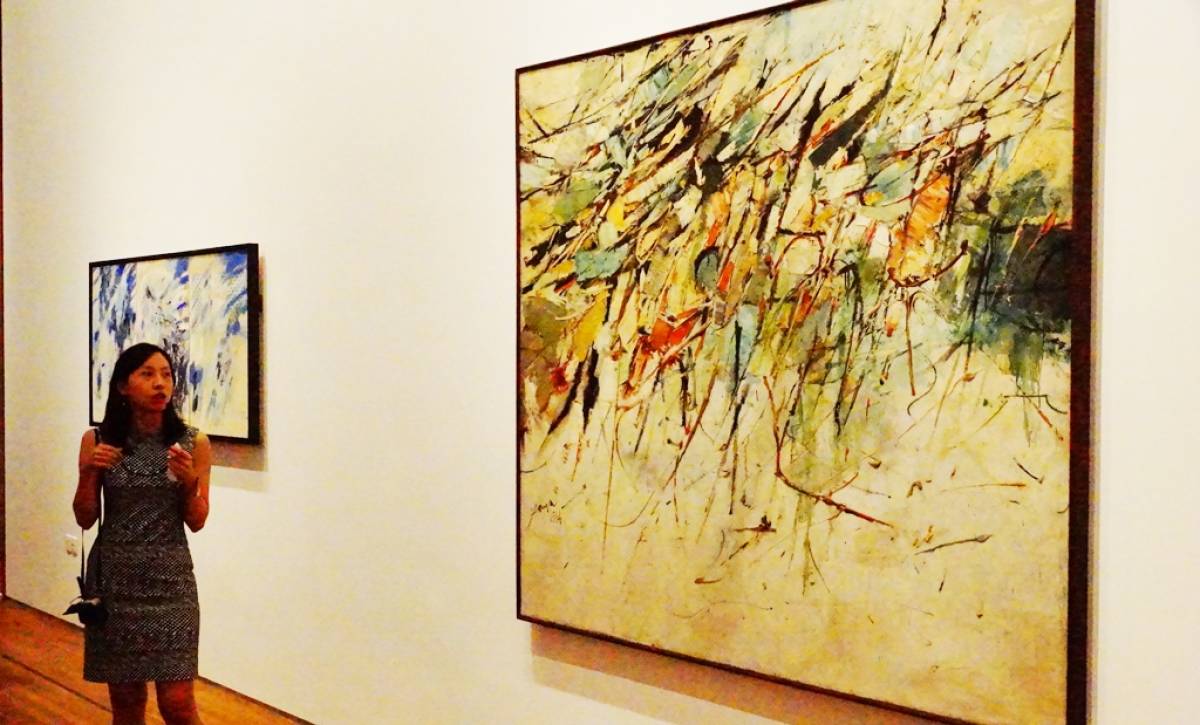 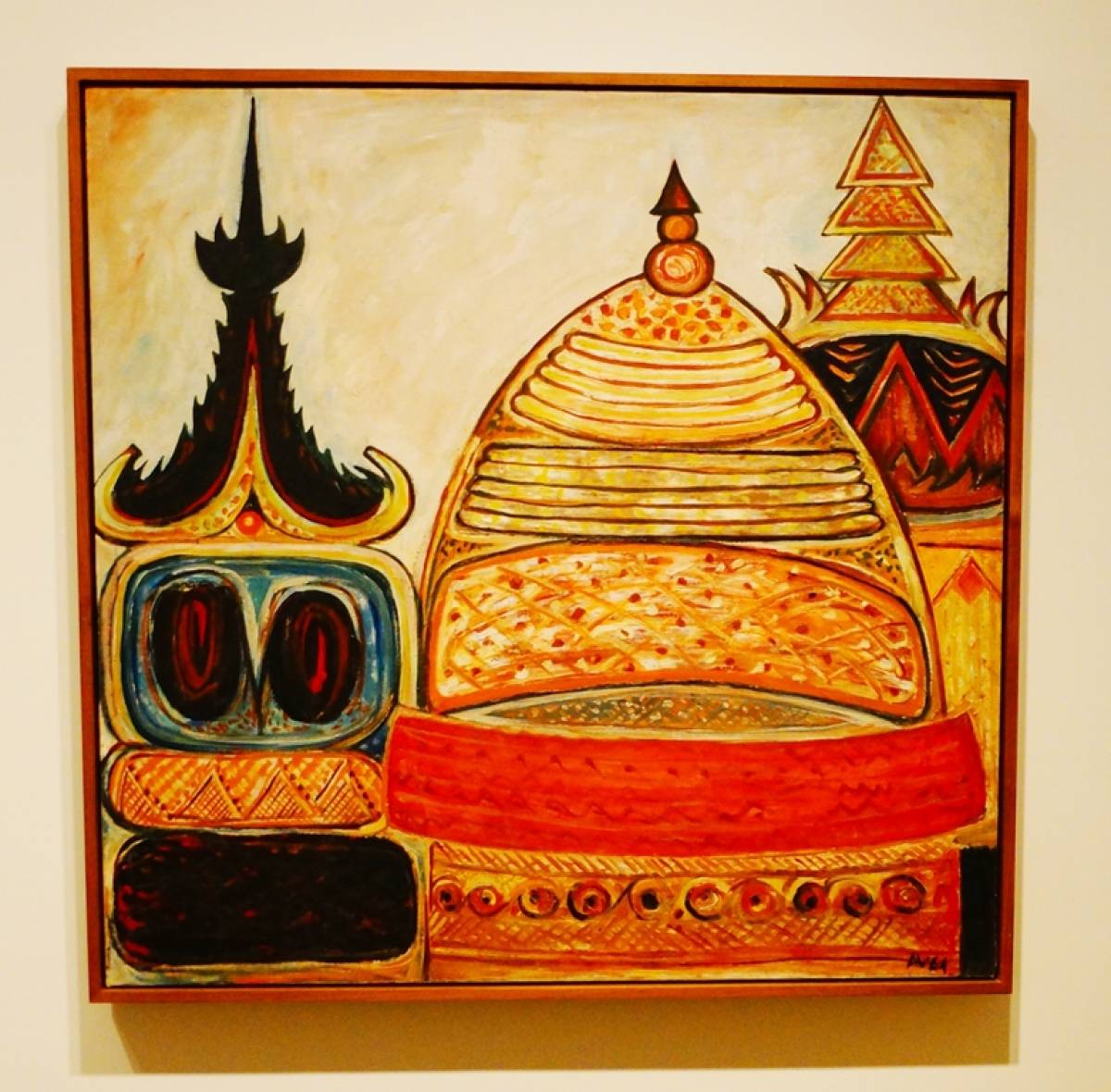 On October 27 2015 members of the media were given a preview of the National Gallery Singapore that oversees the largest public collection of modern art of Singapore and Southeast Asia. Situated in the heart of the Civic District, the NGS has been beautifully restored and transformed from the former Supreme Court and City Hall buildings – two important Singapore heritage buildings – into an exciting new visual arts venue making it the perfect combination of art and architecture. Opening on 24 November 2015, the Gallery will be a leading civic and cultural destination. Occupying a total floor space of 60,000 square metres, the new Gallery will be the largest visual arts venue in Singapore. The Gallery will house permanent and temporary galleries showcasing local, regional and international works of art, alongside specially-designed interactive and programming spaces. It will also feature an open rooftop plaza and garden offering spectacular views of the city, creative art installations, areas for mass appeal public programmes as well as restaurants and specialty retail shops to cater to visitors from all walks of life.

Two restaurants of the six F& B outlets have already opened: Yan, a Cantonese restaurant, with its rooftop lounge, Smoke and Mirrors that not only offers panoramic views but cocktails inspired by art and Italian restaurant Aura. The former City Hall wing will also have National Kitchen by Violet Oon Singapore, which serves Singapore cuisine and Gallery & Co, a cafeteria and retail shop. Located in the former Supreme Court wing will be French restaurant Odette and Indian restaurant-cum-gastrobar Saha & The Altimate by The Padang FNB.

We enjoyed lunch at Yan, and the offerings were exceptional, perhaps the highlight for many was the Chilled Mango Cream topped with Vanilla ice cream and oats that was served in a coconut, with mist rising from the dish under it.

To attract more Singaporeans and visitors to the Gallery, access to selected spaces within the Gallery will be free. They include the Singapore Gallery where artworks by leading local artists over the decades are showcased; a unique Children’s Gallery where young children can engage with art through educational and interactive tools, and the Building History Gallery, which will relate the fascinating stories behind the City Hall and former Supreme Court Buildings.

"Our aspiration for the Gallery is to make it an integral part of the recreational lifestyle of every Singaporean and a must-see destination for every tourist. Through its various exhibitions, programmes, and facilities, the Gallery could play a catalytic role in making visual art more enjoyable, accessible and relevant to the public. We will transform these historical spaces into a community and civic destination - one where people from all walks of life can enjoy, explore and engage with art, while helping to shape Singapore into a global city for the arts," said Mr Lui Tuck Yew.

Mr Michael Koh, CEO of National Heritage Board and National Art Gallery, Singapore, added, "The former Supreme Court and City Hall buildings are icons in their own right. We have a challenging task of rejuvenating these buildings into an art museum of international stature while maintaining a deep respect for the original architecture of these buildings. My colleagues and I are glad to work together with Takenaka-Singapore Piling Joint Venture on the important construction phase of the project. We look forward to creating a cultural icon that is endeared in the hearts and minds of all Singaporeans and visitors alike."  With the final touches being done, they have well succeeded at their objectives. ition of around 400 artworks will present a cohesive regional narrative about Southeast Asian modern art. The curatorial direction was announced October 28, 2015 as National Gallery Singapore introduced its long-term exhibition Between Declarations and Dreams that will be presented at the UOB Southeast Asia Gallery.

Presented chronologically from the 19th century to the 1990s, and conveying shared artistic impulses and historical experiences, the curatorial approach breaks away from national frameworks t o tell the story of Southeast Asian modern art. The exhibition draws from Singapore’s National Collection as well as significant loans from private and institutional collections. The Gallery is privileged to present a selection of important artworks on long-term loan from collections in the region, including from the Philippines, Vietnam, Indonesia, Malaysia and Thailand, as well as from the Southeast Asian collections of its MOU partners Fukuoka Asian Art Museum and Tropenmuseum, Amsterdam. The Gallery will also present newly-acquired nineteenth-century masterpieces by Raden Saleh and Juan Luna, as well as new acquisitions of Southeast Asian modern art by Fua Haribhitak, Chuah Thean Teng, and David Medalla, to name a few.

The title Between Declarations and Dreams is taken from a 1948 poem by Indonesian author Chairil Anwar, who epitomised the modern artist as a creative individual. The phrase captures the experience of artists in Southeast Asia, working between the historical, ideological or political markers that frame their practice, and the personal, subjective, expressive and creative motivations in art-making.

“The history of colonisation and the experiences catalysed a whole range of different values with the region’s beliefs, ideas and social structures. By drawing on common themes, we want to introduce fresh perspectives that enable visitors to fully appreciate the richness and complexity of modern art in the context of the entire region, and not just within their respective national histories. This is a bold step we have taken to create a moving and penetrating experience for all our visitors,” said Dr. Eugene Tan, Director of National Gallery Singapore.

·         Authority and Anxiety (19th to early 20th century): The section examines the birth of modern art in Southeast Asia in the significant social changes of the 19th century. Greater cultural contact with the West, often through the colonial experience, influenced the kind of art produced. Local elites used art to assert and defend their status, while artists asserted their cultural prowess by making use of new styles and techniques. The sense of a break from the past, or profound change, can be understood as the beginning of the modern.

·         Imagining Country and Self (1900s to 1940s): In the early 20th century, the growth of art schools and institutions led artists to develop a stronger sense of professional identity. Artists began to express a stronger sense of place in their works and actively strove to express their newfound identity through innovative forms.

·         Manifesting the Nation (1950s to 1970s): During and after World War II, artists documented political events and issues, and used the style of social realism to awaken feelings of nationalism.  At the same time, artists were also eager to be part of the international trend of abstract art. This took place at a time when artists were searching for a national identity as many countries across Southeast Asia gained their independence.

·         Re:Defining Art (post 1970s). Artists in this period became more concerned with political and cultural issues, not just the form or appearance of an artwork. Using a wider range of approaches and materials, they experimented with other genres such as installation, video, photography and performance. Mr Wee Ee Cheong, Deputy Chairman and Chief Executive Officer, UOB Group said, “UOB is honoured to play a part in the telling of Southeast Asia’s story to the world – a story of transformation and progress. Although our business first took root in Singapore, we have grown into a bank of more than 500 branches across Southeast Asia that is committed to supporting businesses, and through art, the community. Through the UOB Southeast Asia Gallery, we hope to cultivate a deeper appreciation of Southeast Asia’s rich history and heritage and of how far we have developed as a region.”

The UOB Southeast Asia Gallery, will occupy three levels of the former Supreme Court building. Visitors, two million a year are expected to visit, will also have access to other gallery spaces featuring Singapore modern art and interactive learning facilities. Admission to the Gallery is free during the Opening Celebrations from 24 November to 6 December 2015. Following this period, admission to the permanent galleries will continue to be free for Singaporeans and permanent residents. Additional Measures Put in Place at the Airport to Protect ...

DISCOVER STORIES OF COURAGE AND RESILIENCE AT THE NEW ...