The Sound of Music, Plays Live on Stage in Singapore 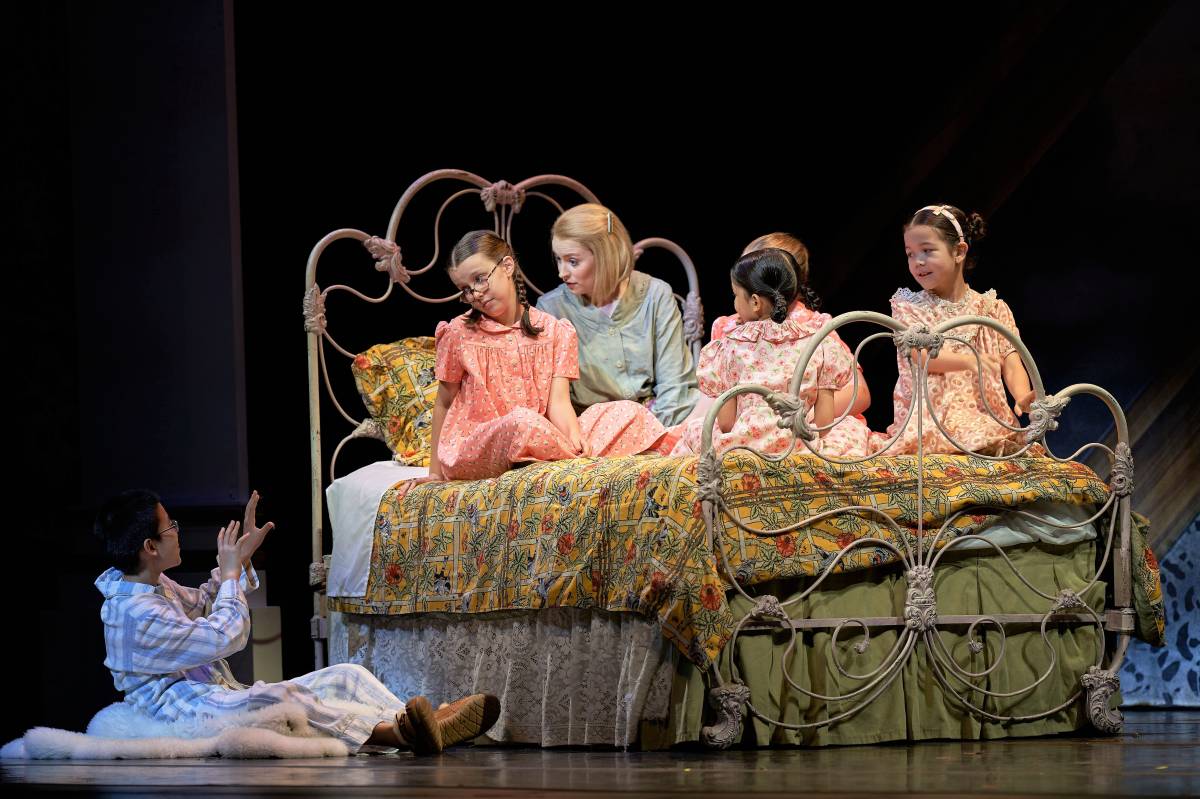 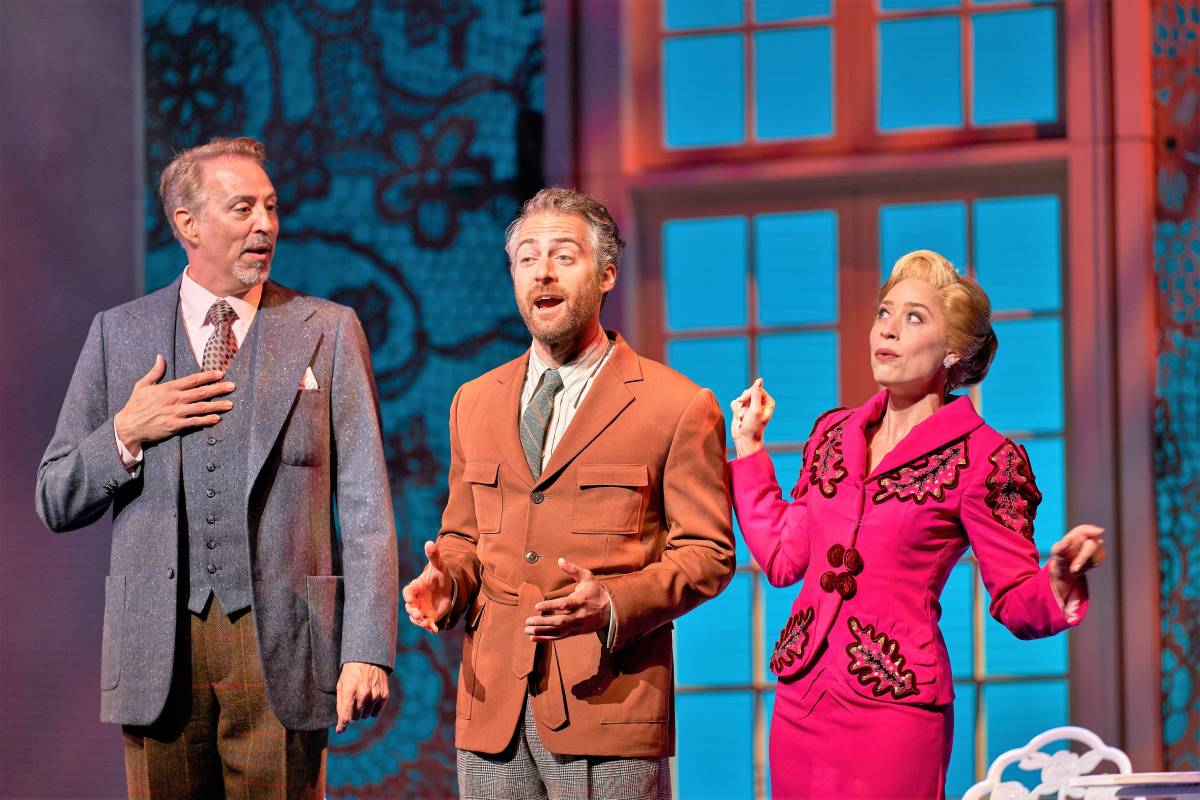 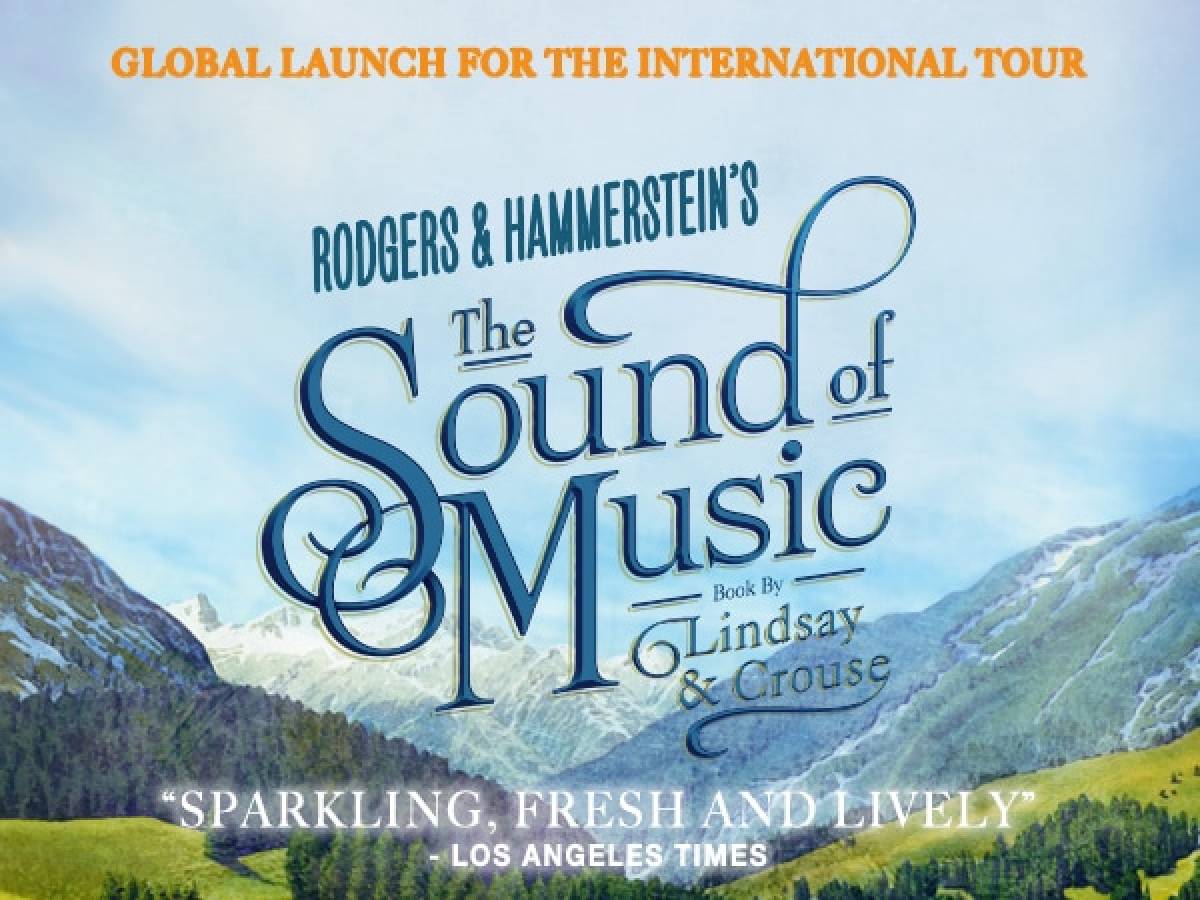 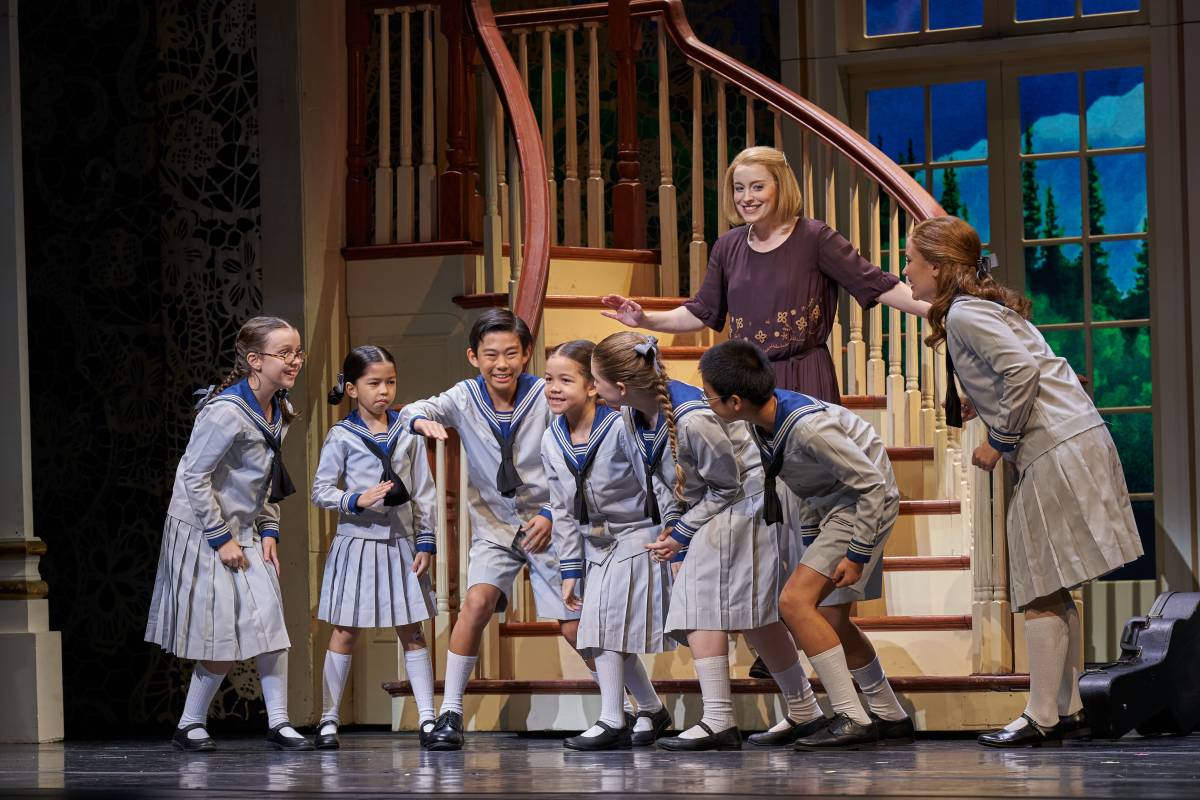 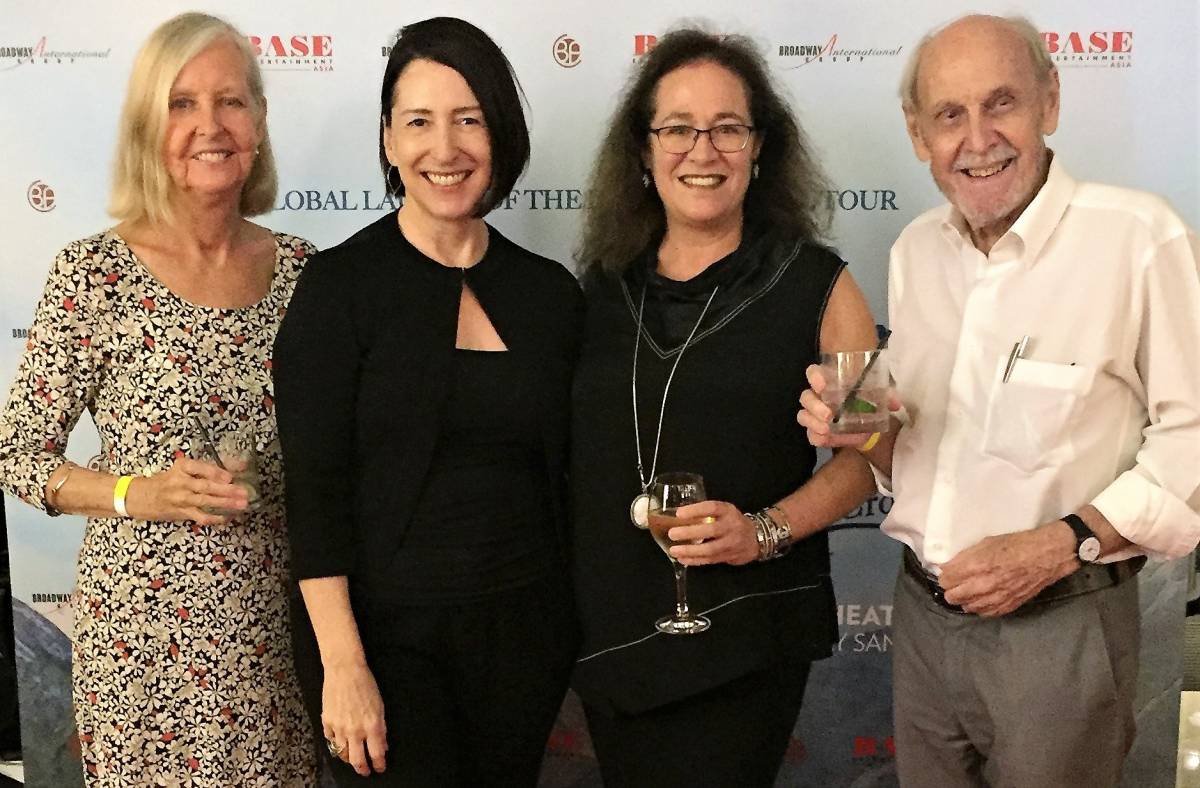 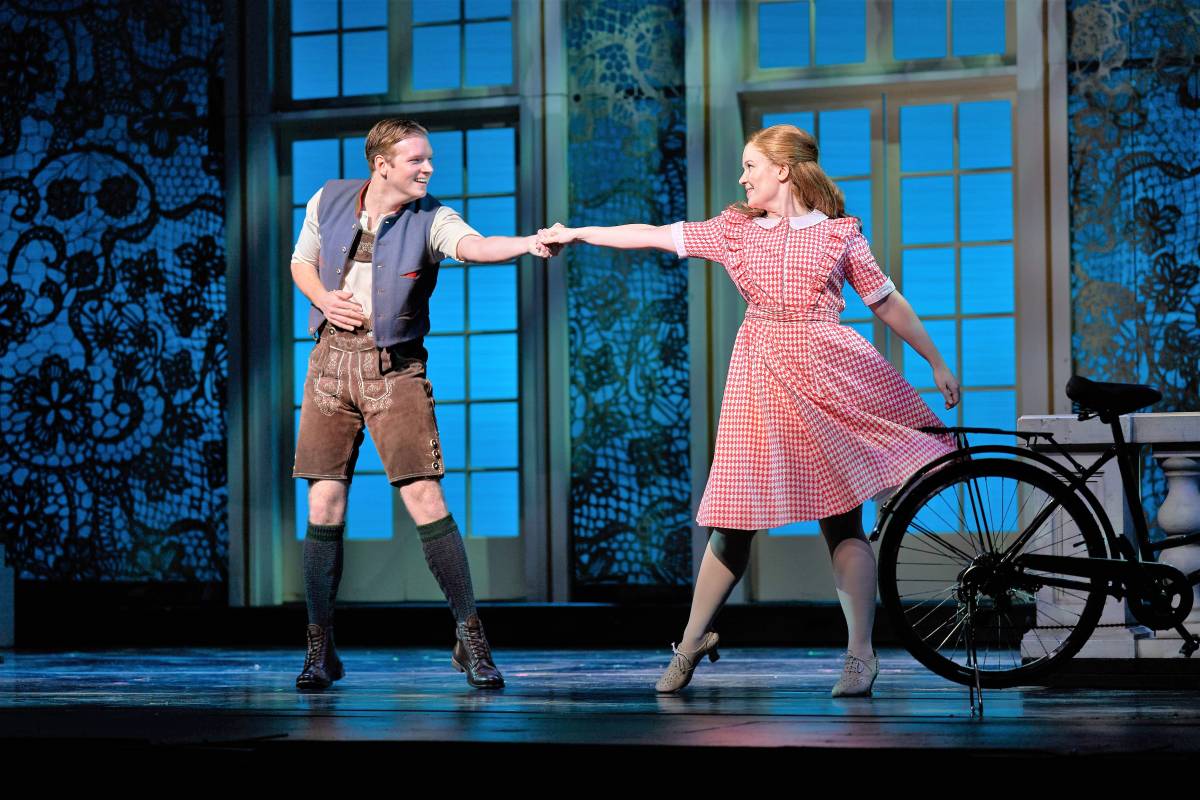 Ken Hickson was in the audience the opening night for the Singapore production of The Sound of Music.

Musical theatre is back in business. Bigger and better than ever.

It’s not just the reassuring, joyful/soulful and timeless tunes from The Sound of Music, but the mesmerising magic of musicals that is enough to convince us it’s back. What we’ve been hearing and seeing from Broadway and the West End in recent months has spread to Asia Pacific. Singapore is participating in “the relaunch of musical mode”.

Talking to leading Broadway producer Simone Genatt - in Singapore for the global launch of The Sound of Music touring production - is enough to tell us that our anxious wait for “theatrical redemption” is over. And when you hear the soaring vocals from the nuns of Nonnberg Abbey, you can be mistaken in thinking its “heaven-sent”!

Joining us was Chantal Prudhomme, CEO of Base Entertainment, the company presenting The Sound of Music, not only in Singapore, but also Kuala Lumpur and Hong Kong.

As co-founder and chairman of Broadway Asia International, Simone has made a commitment to present live theatrical entertainment to cultures throughout the world, focusing on expanding the boundaries of entertainment and communication throughout the global marketplace.

After the Singapore season ends on 18 December, she takes the entire company to Kuala Lumpur, playing at the Istana Budaya from 27 December to 15 January 2023. Then there’s Hong Kong, China, India, Philippines and the Middle East. Altogether 30 cities in two years.

When asked what’s different about touring productions compared to staging these shows on home ground, on Broadway or the West End, I get a knowing smile and a willingness to talk more about what she obviously enjoys working on. Of course, there are challenges staging a show like this in a different Asian city every few weeks but getting the logistics right is something Simone and her production team of professionals have learnt to manage well.

Having the best local partners in place makes a world of difference too, pointing out that Base Entertainment has 12 years’ experience in managing shows at Sands Theatre at Singapore's Marina Bay Sands Integrated Resort.

You would think that with a touring team of 75 – cast, crew and musicians – coming from seven different countries, language and cultural differences would add to the challenges. But it’s clear that everyone is in the same boat giving their best on stage and back-stage to make sure the audience gets the best of everything.

Meeting audience expectations and managing cultural differences in 30 cities might be beyond some show producers and directors, but not Simone as she’s been doing this for 20 years.

One of the most delightful appealing aspects of putting on this vintage Rodgers and Hammerstein’s musical (first staged in 1959), is the inclusion of local talent to play the von Trapp children. Auditions opened in June, so the 18 young stars have been in rehearsals for the best part of five months. Only six of them appear in each performance, playing the parts of Gretl, Marta, Brigitta, Kurt, Louisa and Friedrich. There are two other teams of six ready to perform in alternative shows.

Practice obviously makes perfect, as the six we saw for the Gala Performance on 25 November put on a flawless performance, delighting the full house, which undoubtedly included parents, siblings and school friends.

Perhaps one thing missing from the programme – which gives names and images of all 18 young stars - is letting the audience know which team is performing in the show you’re seeing. Maybe a screen (or white board) at the theatre entrance, could show the names of those taking a starring role for the performance you’re about to see.

I would’ve liked to know for sure that the delightful young star Maya Sharma was playing Gretl on the night I was in the audience. The Primary 2 pupil at River Valley Primary School turns eight on 8 December and is the youngest member of the cast.

The role of the seventh member of the von Trapp family, Liesl, is played by a member of the touring cast – Lauren O’Brien – who has a much more demanding part, particularly when dealing with her fellow teenage boyfriend, Rolf, (Daniel Fullerton). Young love was expressed beautifully when they sang the duet Sixteen Going on Seventeen.

While we were struck by the tremendous talent of every cast member, there must have been the most professional pressure on Jill-Christine Wiley, as we all know that it was Julie Andrews who “owned” the part of Maria von Trapp, having starred in the film version in 1965.

Jill-Christine was certainly up to playing Maria. She thrilled the audience with her solos and when joining in with the Nuns, the children and Captain George von Trapp (Trevor Martin), the man she would eventually marry. We weren’t surprised at all to learn that she’s already played Maria for two years on the North American tour.

One highlight - in a performance which gives you so much to talk about and relive for so many hours and days later – was the brilliant rendition of Climb Every Mountain.

In addition to singing one of the most memorable songs, Lauren Kidwell as Mother Abbess demonstrates that she is an exceptionably gifted singer, hitting the high notes with gusto and perfect tone.

I couldn’t resist asking Simone what’s she got in store for us as an encore.  We could well see An American in Paris in the near future, or even The Great Gatsby – described as an immersive theatrical event – and The Marilyn Monroe Experience, being premiered on Broadway in 2023, could be on the cards.

While that’s much too long to wait for most of us, so catch the on-stage magic and tunes of The Sound of Music – at Sands Theatre until 18 December - and after that in KL from 27 December to 15 January.