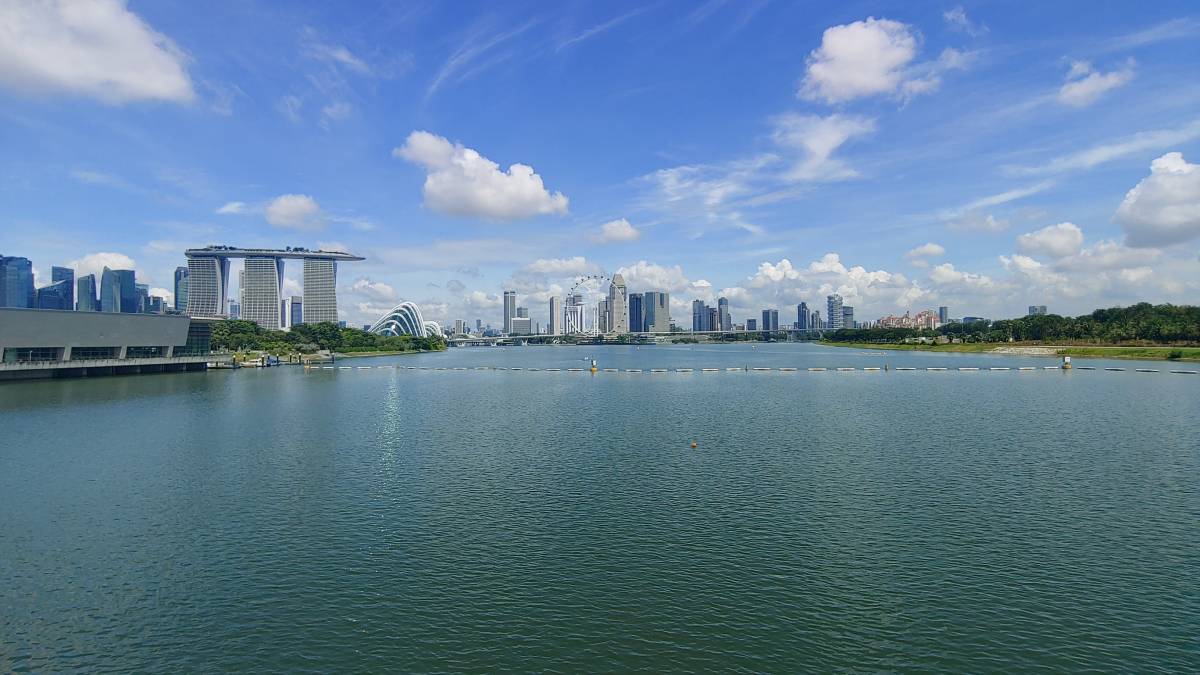 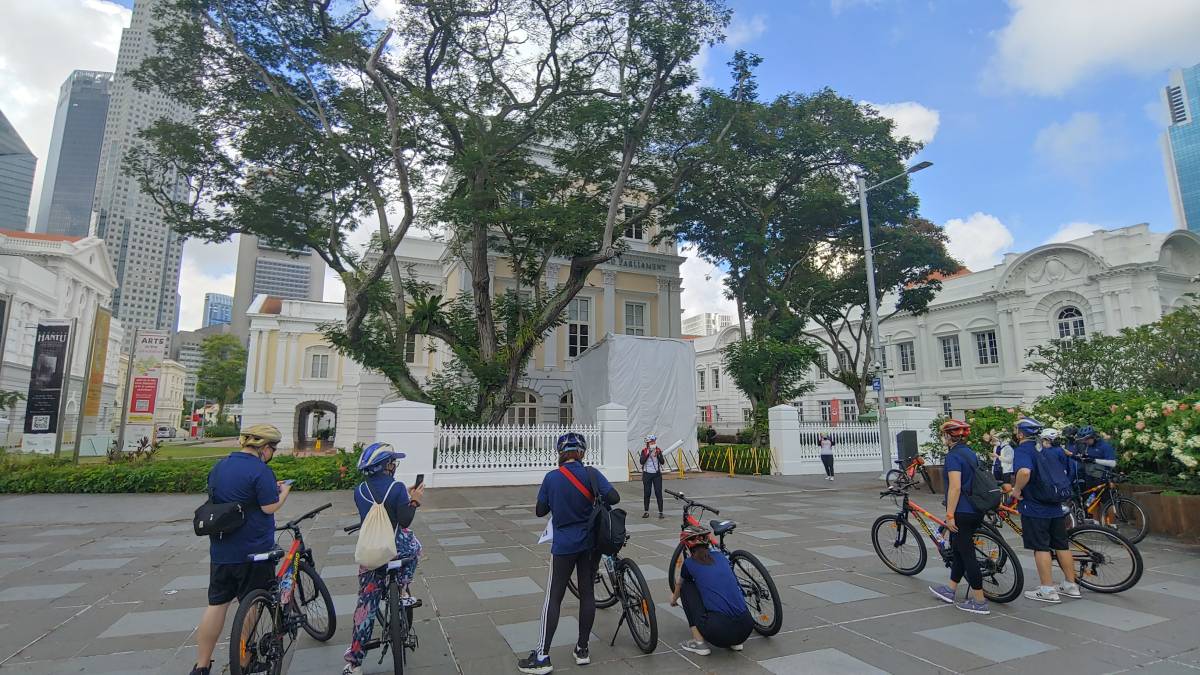 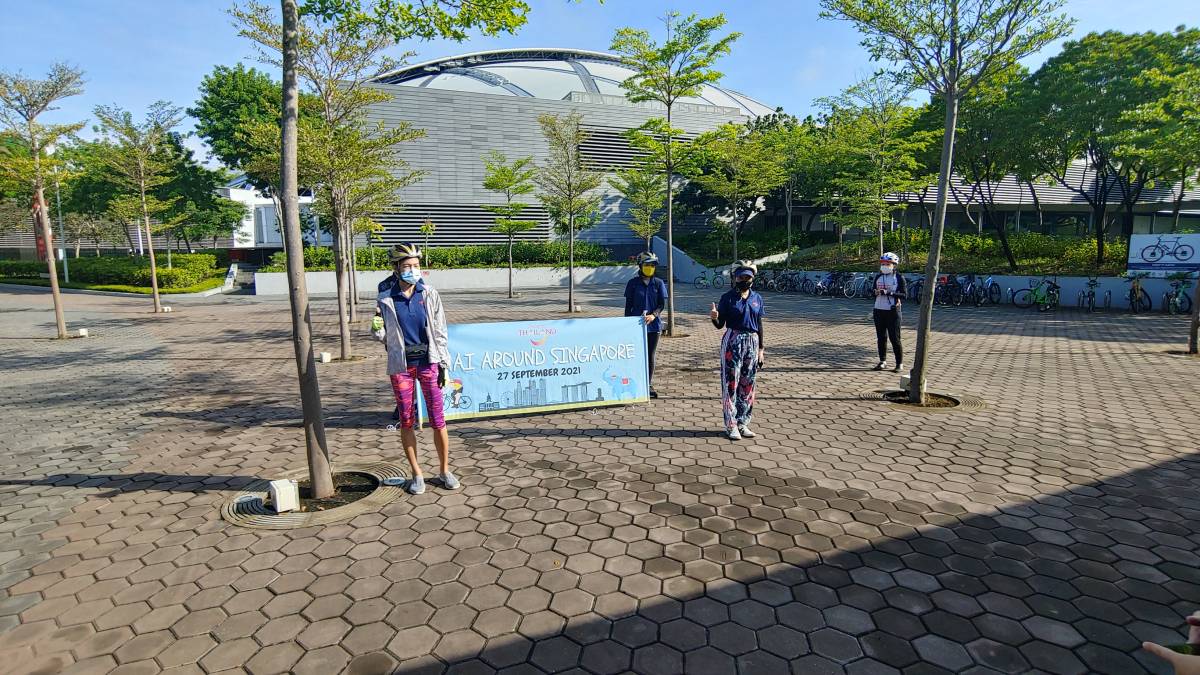 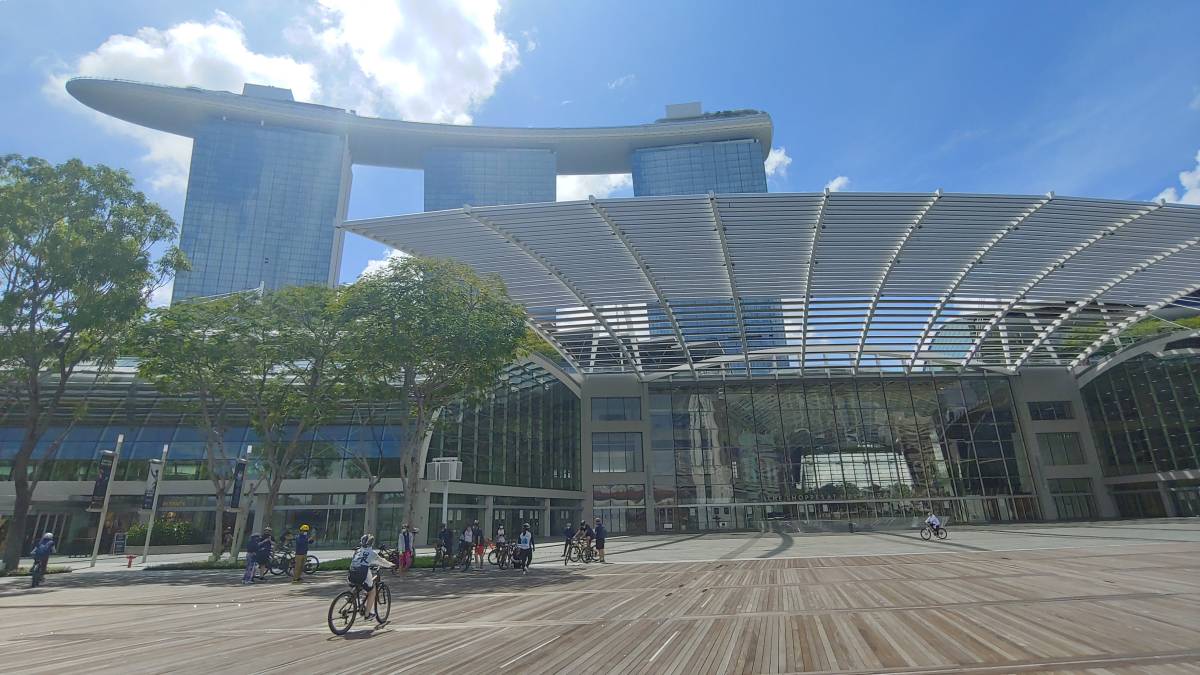 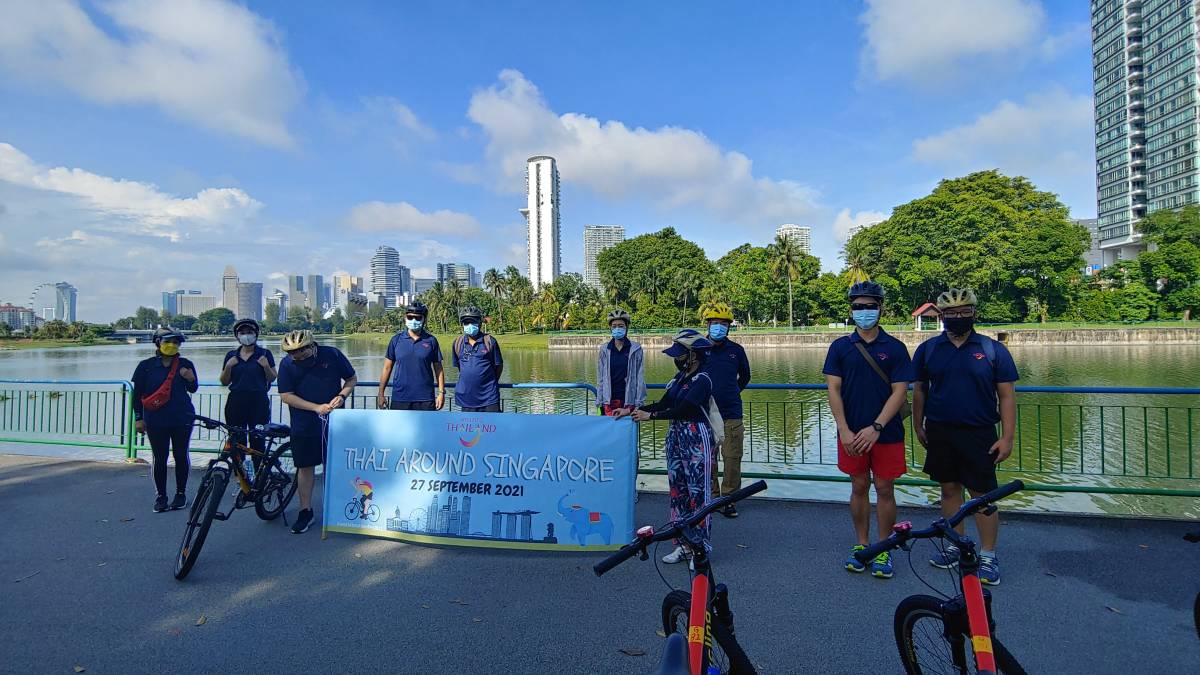 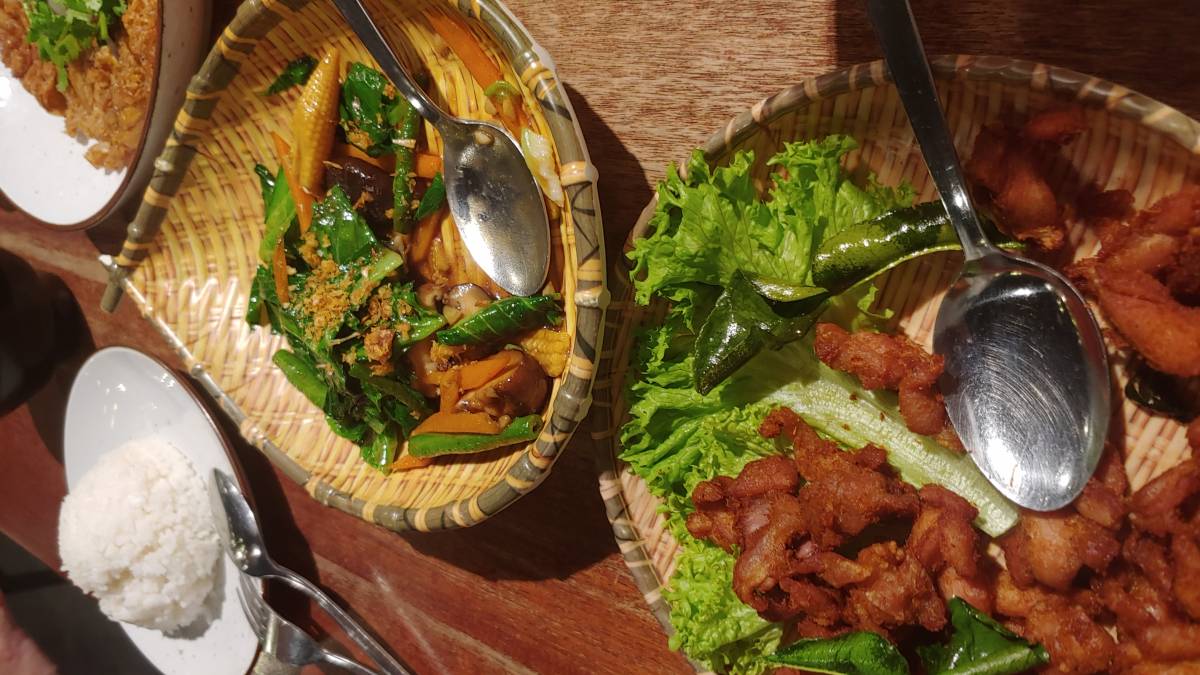 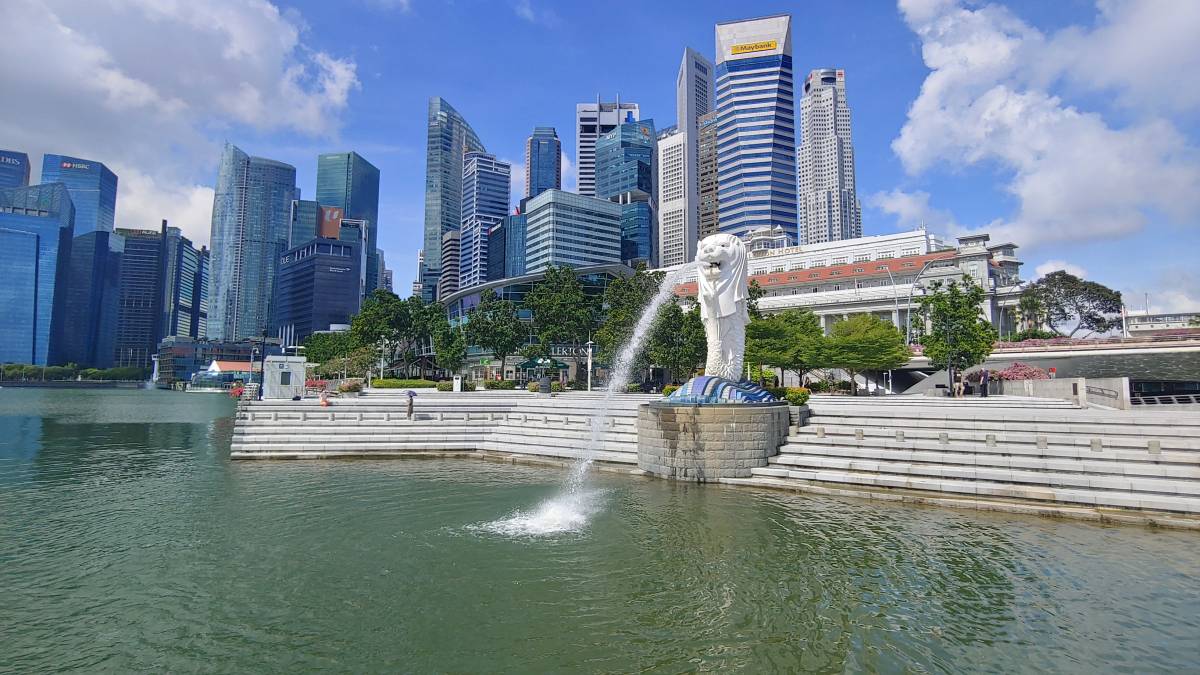 (Singapore, 27 September 2021) On this World Tourism Day, the COVID-19 pandemic represents an opportunity to rethink the future of the tourism sector. This year’s theme of ‘ Tourism of Inclusive Growth’ resonates with Tourism Authority of Thailand’s ongoing commitment to drive the Thai tourism industry towards safe and sustainable travel.

The TAT Singapore office invited close friends and associates for an intimate catch up through a leisurely bicycle ride, exploring the sights and scenes of Singapore. With a carefully planned cycling route, there were stops along significant monuments such as the “elephant statue”, a bronze monument located at the High Street entrance of the Old Parliament. This statue was a gift to Singapore to commemorate King Chulalongkorn’s first visit to a foreign land in 1871.

This cycling activity provided an opportunity to experience in a green and leisurely pace the tourism landscape of Singapore, embracing and celebrating the achievements and friendships forged.

Since 1st July, Thailand has embarked on her plan of tourism recovery by reopening the island of Phuket, followed by Ko Samui on 15th July 2021; where fully vaccinated international travellers are able to travel without quarantine requirements.

The Phuket Sandbox 7+7 Extension (Krabi, Phang Nga and Surat Thani) was quickly conceptualised and executed from 16 August for greater flexibility and travel options. Next in the pipeline, more destinations such as Bangkok, Chiang Mai, Hua Hin, and Pattaya, are slated to reopen. Slowly but surely, Thailand is inching towards the goal of opening the skies for travel once more.

The morning ride began at Singapore Sports Hub with bikes rented from GoCycling and Travel Wander providing guides informing the group about the places visited and made sure bike and covid rules were adhered to. After a briefing – with an emphasis on safe distancing – about 20 cyclists began the cycle that would go completely around Marina Bay and end up back at the SportsHub / Kallang Wave.

After passing a family of otters that numbered about 20, the first stop was at the Kallang River, Singapore’s longest river. Amongst the CBD highrises Golden Mile Complex was pointed out. It is known as 'Little Thailand' for its many restaurants, shops and grocery stores selling products from Thailand. It is very popular with the Thai community as it is one place where you can get very authentic Thai food and you can buy ingredients to make your own dishes.

It was a beautiful morning for an outing as the group glided through shade and sun to make the next stop on the now quiet F1 track in front of the Paddock. The bike convoy curved along the Bay with the Singapore Flyer towering high above them. The Helix Bridge glimmered to the left connecting to Marina Bay Sands, but they continued  straight on past The Floating Barge and then the Esplanade.

It would’ve seemed natural to go from there, cross Jubilee Bridge to the Merlion, but instead the bikers cycled through Esplanade Park and took Queen Elizabeth Walk to the area of the Asian Civilization Museum, the Victoria Theatre and Concert Hall with the statue of Stamford Raffles in front of it. Circling around the buildings and they came to a stop in front of The Arts House as the Old Parliament Building is now known. Underneath a wrap as it is under renovations at the moment is the elephant that was gifted to Singapore.

The Arts House on High Street

The elephant statue was cast in bronze in Bangkok. Its pedestal bears inscriptions in Siamese, Jawi, Chinese and English. It reads: “His Majesty Somdetch Paramindr Maha Chulalongkorn, the Supreme King of Siam, landed at Singapore, the first foreign land visited by a Siamese Monarch, on the 16th March, 1871."

Rama V made a number of visits to Singapore. He purchased the land on Orchard Road that the Thai Embassy is now on, and that is where he would stay when he visited. He liked to frequent the Satay Club which was on the water not too distant from where the Esplanade now is.

The next stop was at Merlion Park where the iconic statue was happily gushing water into the Bay. The journey continued around to Marina Bay to MBS where another stop was made for photos. The group passed Gardens by the Bay, and a young monitor lizard sunning on the side of the asphalt. The last rest stop was at Marina Barrage before setting off non-stop for the SportsHub. Nearing Tanjong Rhu another monitor lizard strode across the path.

It was an eclectic journey passing through parks, with wildlife, through new urban areas and then historic precincts enjoying views of iconic buildings old and new. The trip concluded with some very good Thai food at Sanook Kitchen in the Kallang Wave Mall.