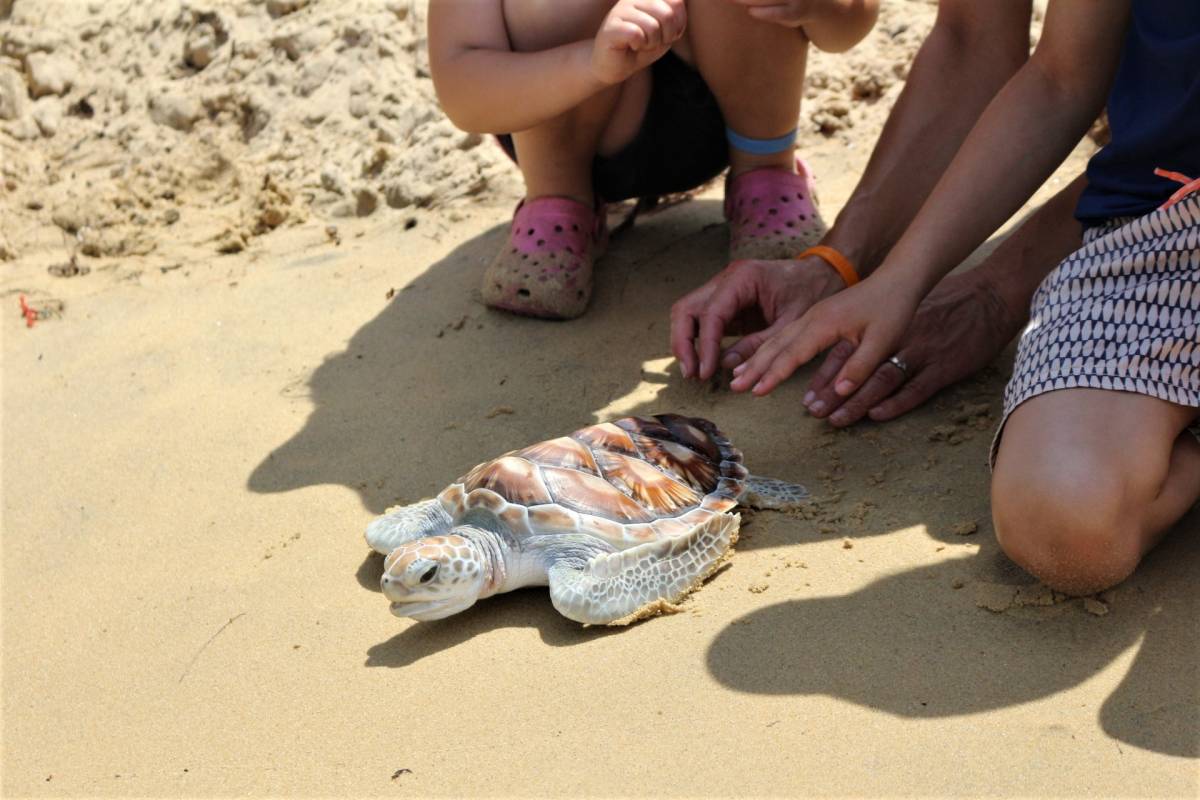 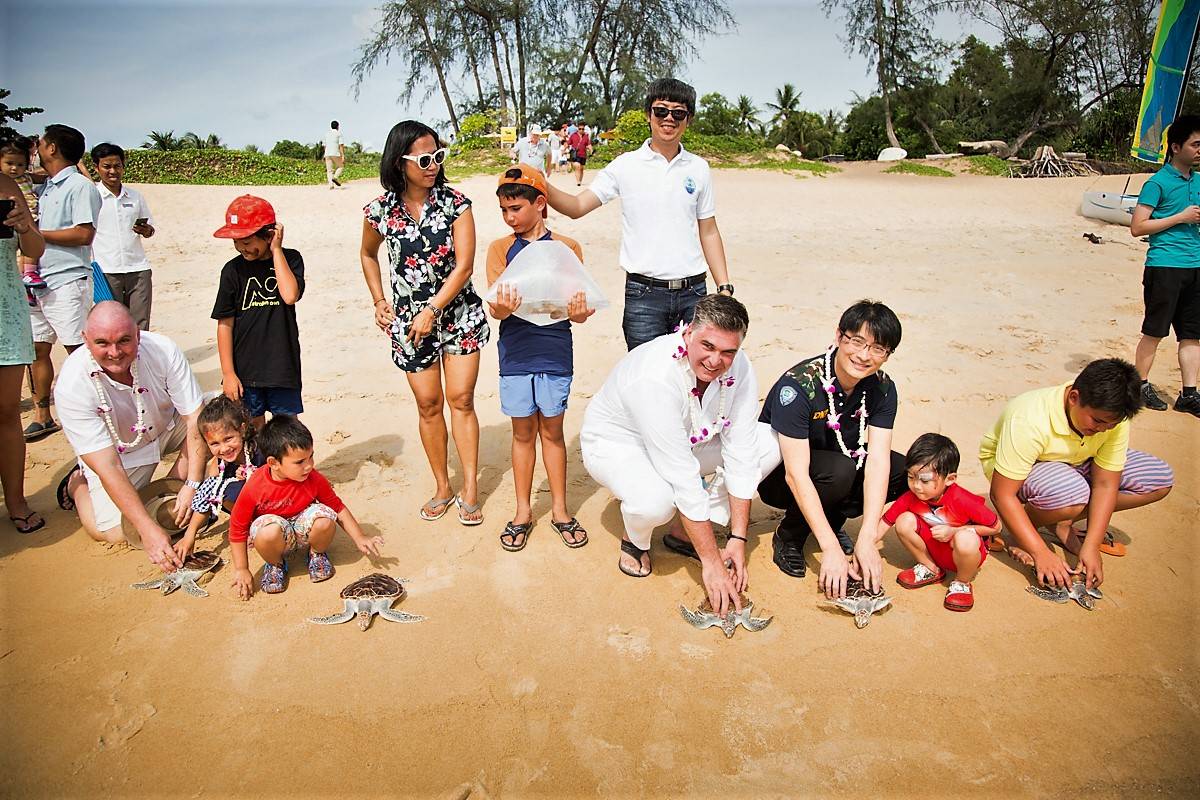 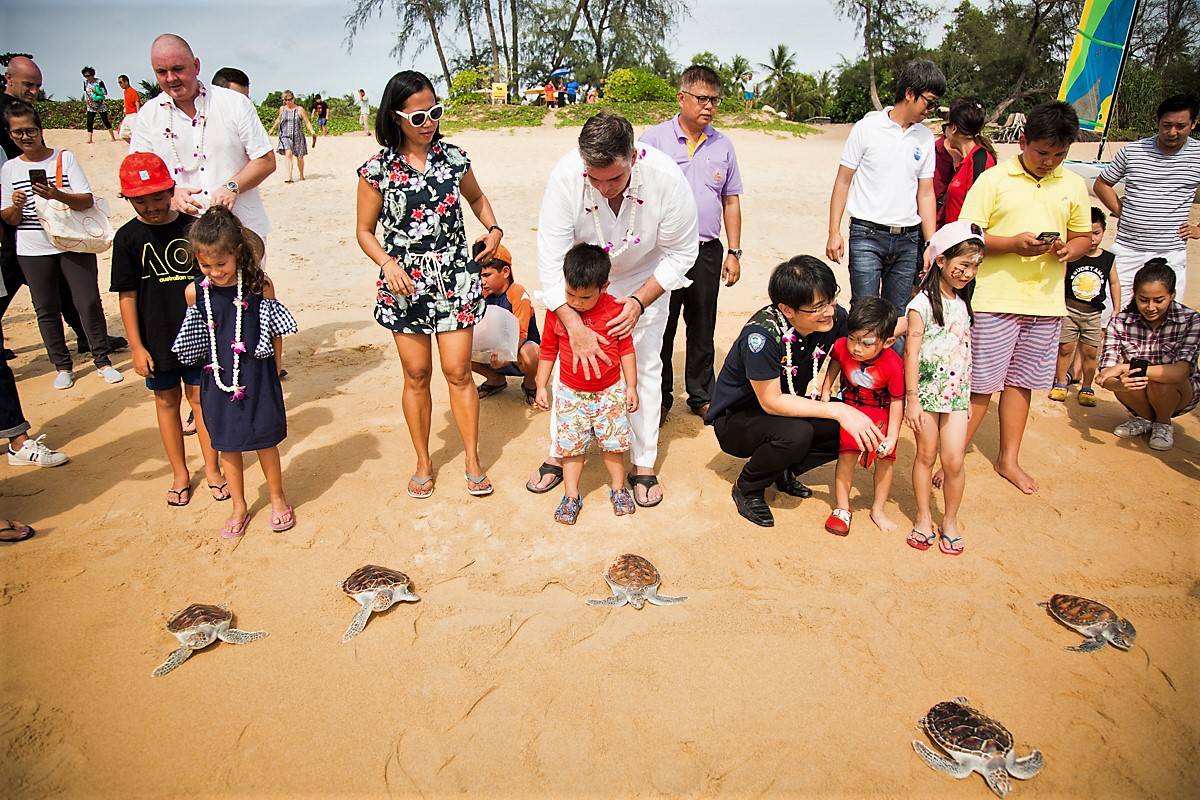 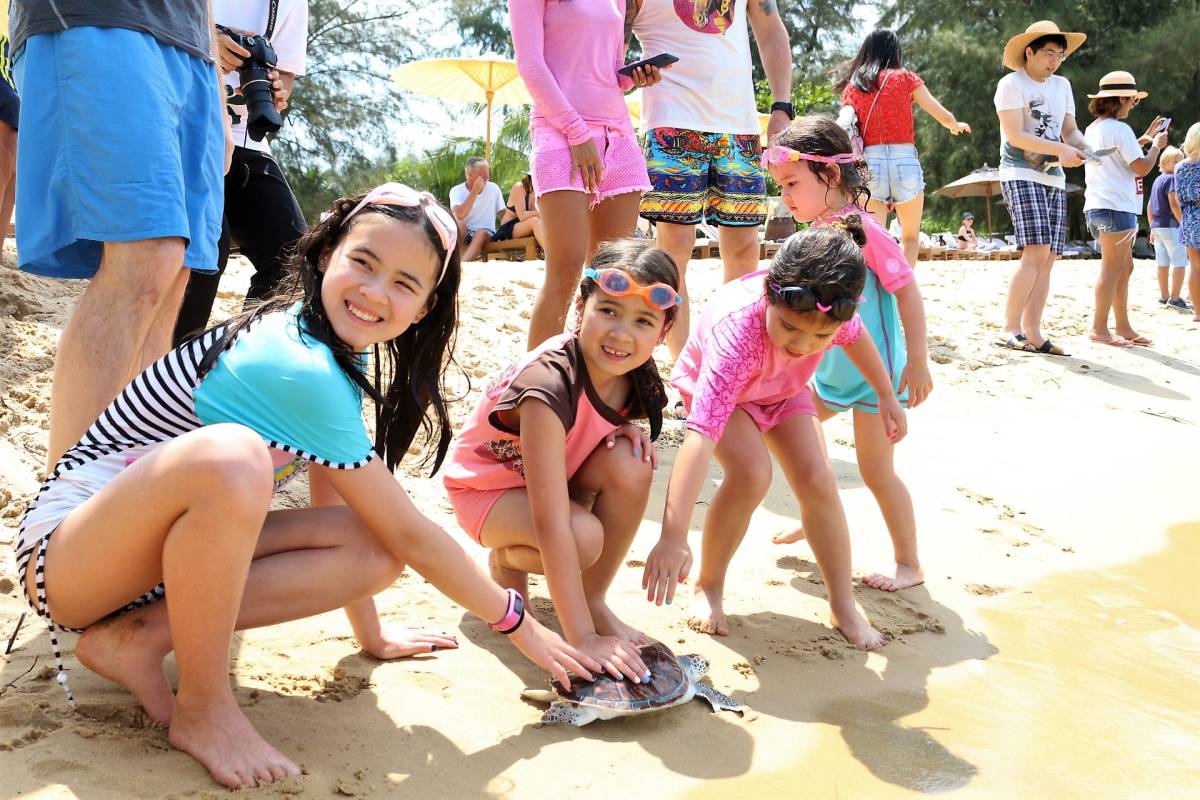 Phuket 24th April, 2018: Guests at Anantara Layan Phuket and Anantara Mai Khao Villas recently participated in the company’s annual baby turtle release in support of the conservation efforts of the Mai Khao Marine Turtle Foundation (MKMTF) and the Phuket Marine Biology Center (PMBC). 50 young green turtles ranging from 12 to 15 months old were released at Layan and Mai Khao beaches in southern Thailand with the hope of them returning to lay their eggs in the years to come.

The Marine Turtle Foundation (MKMTF) was set up by Minor Hotels (the parent company of Anantara) to help rejuvenate the turtle population in Thailand . Phuket is home to Green Turtles, Leatherbacks, Hawk Bills and Olive Ridley, of which the latter is listed as Vulnerable on the International Union for Conservation of Nature Red List; the others are either Endangered or Critically Endangered. Over 7000 have been released since the conception of the project in 2002. Today the Foundation has broadened its environmental projects to not only conservation of turtles, but also the environment with the involvement of local communities, schools, universities and government organisations.  Foundation activities include beach and reef cleaning, educational workshops, recycling projects, tree planting, turtle rescue and release and support of other marine conservation organisations, all in which the resort’s guests can participate.  Guests can further support the Foundation’s efforts to save the environment by donating 30 Baht per night during their stay under Anantara’s Dollars for Deeds initiative.

During the breeding season from November to February, marine turtles return to the beach they were born on to lay their eggs.  Their numbers have been severely depleting over the last twenty years and the local Mai Khao and Layan villagers work very hard to protect these magnificent amniotes. They take the eggs to the Phuket Marine Biology Centre hatchery where the baby turtles are protected from elements of nature and human exploitation and kept for a year to improve their chances of survival. Fishery Biologist, Hirun Kanghae at Phuket Marine Biological Centre (PMBC) manages the nursery in order to strengthen the baby turtles and increase their chance of survival.  At the nursery, the turtles are raised within tanks, receiving sufficient food and specialists' constant care. After a year, when their shells are at least 20cm long, their bodies weigh over 2kg and their blood count and flippers are in the right condition, they are released back into the sea.

"As we raise them for the purpose of preservation, we want them to be healthy and big enough to protect themselves. Predators like blacktip reef sharks or blue sharks won't be able to eat the turtles if the turtles are of this size. If they could live unscathed from the fishing industry, we predict that 60-70% of our sea turtles should survive into adulthood and come back to lay their eggs on our shores," said Mr. Kanghae.

Guests can visit the Mai Khao Marine Turtle Foundation each morning at 11.00 am and learn more about the life of a turtle from the resident marine biologists, assist in their daily feeding programme and meet the famed temperamental turtle ‘Tommy’ who was born blind that is a permanent resident at the facility.

To follow the new turtle’s journey, please see the following video of the release: https://www.youtube.com/watch?v=xXXzqzmYydE&feature=youtu.be.

KIEHL’S USHERS IN THE LUNAR NEW YEAR AT THE SHILLA DUTY ...