National Heritage Board seeks support for the nomination 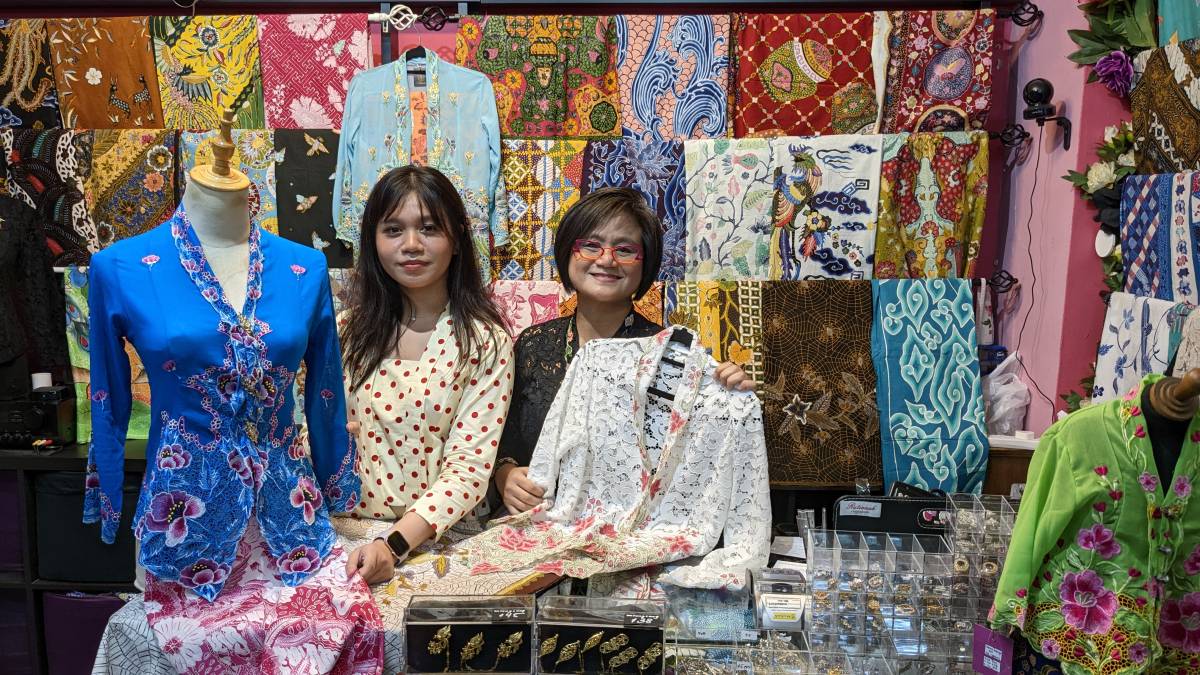 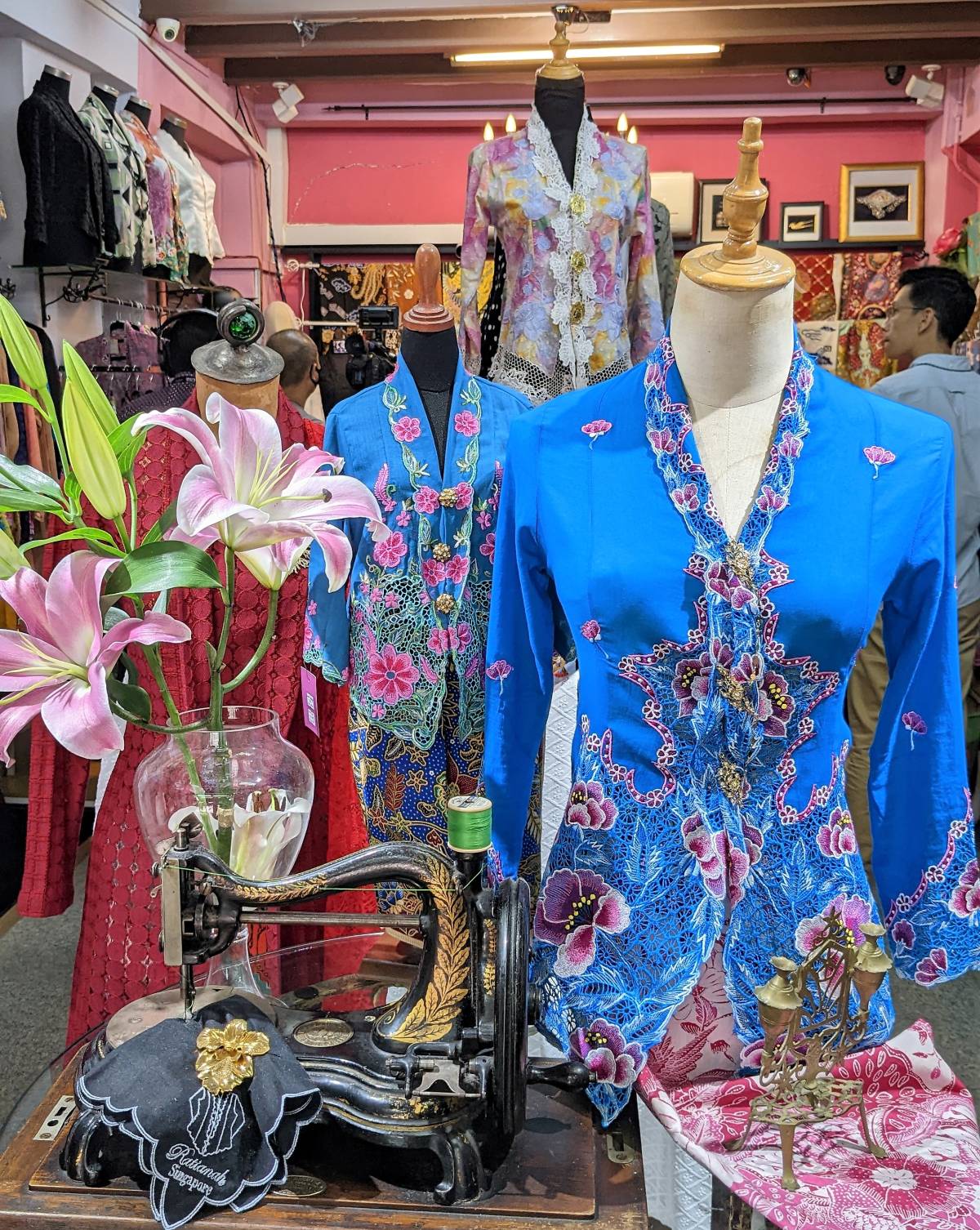 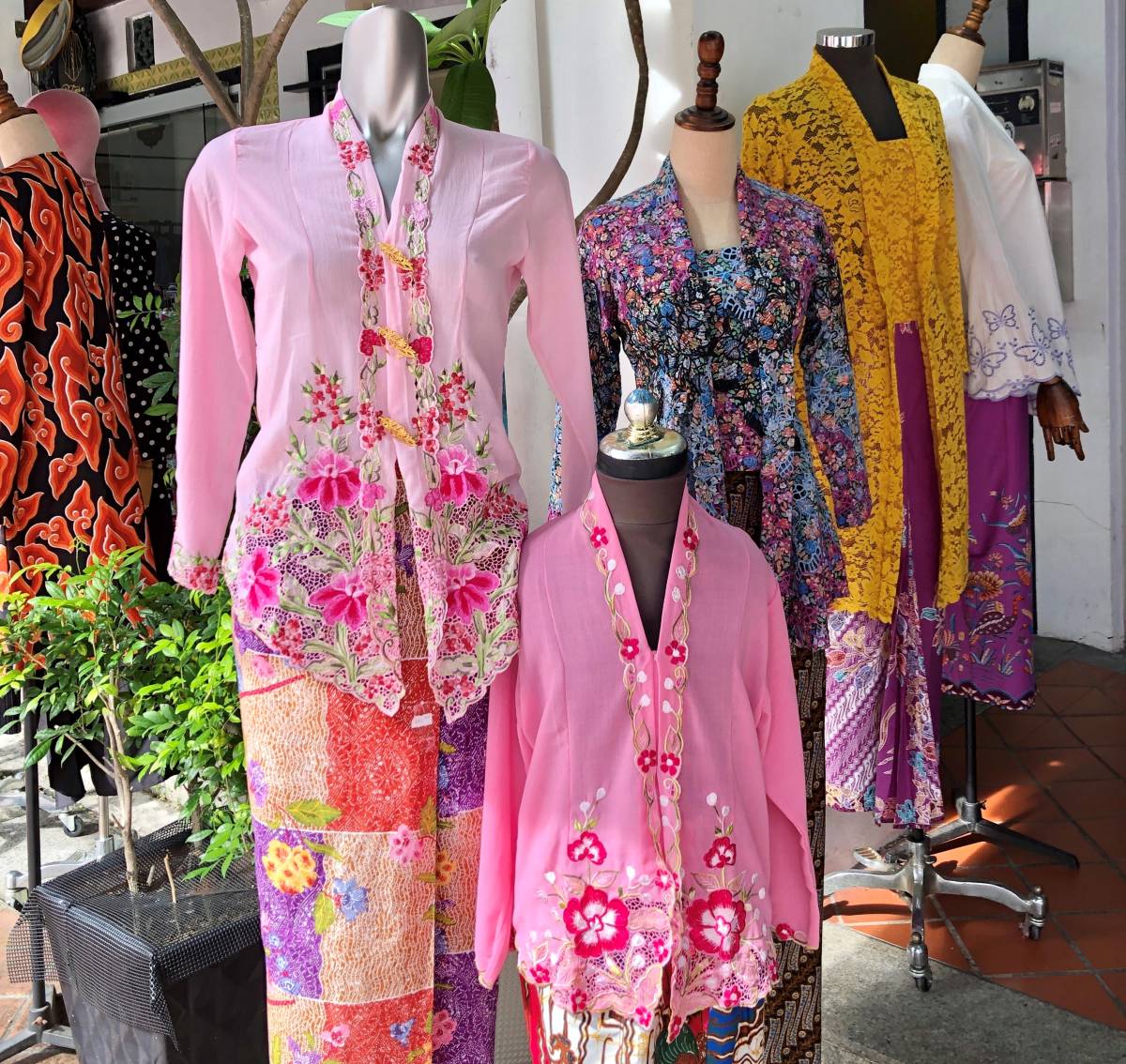 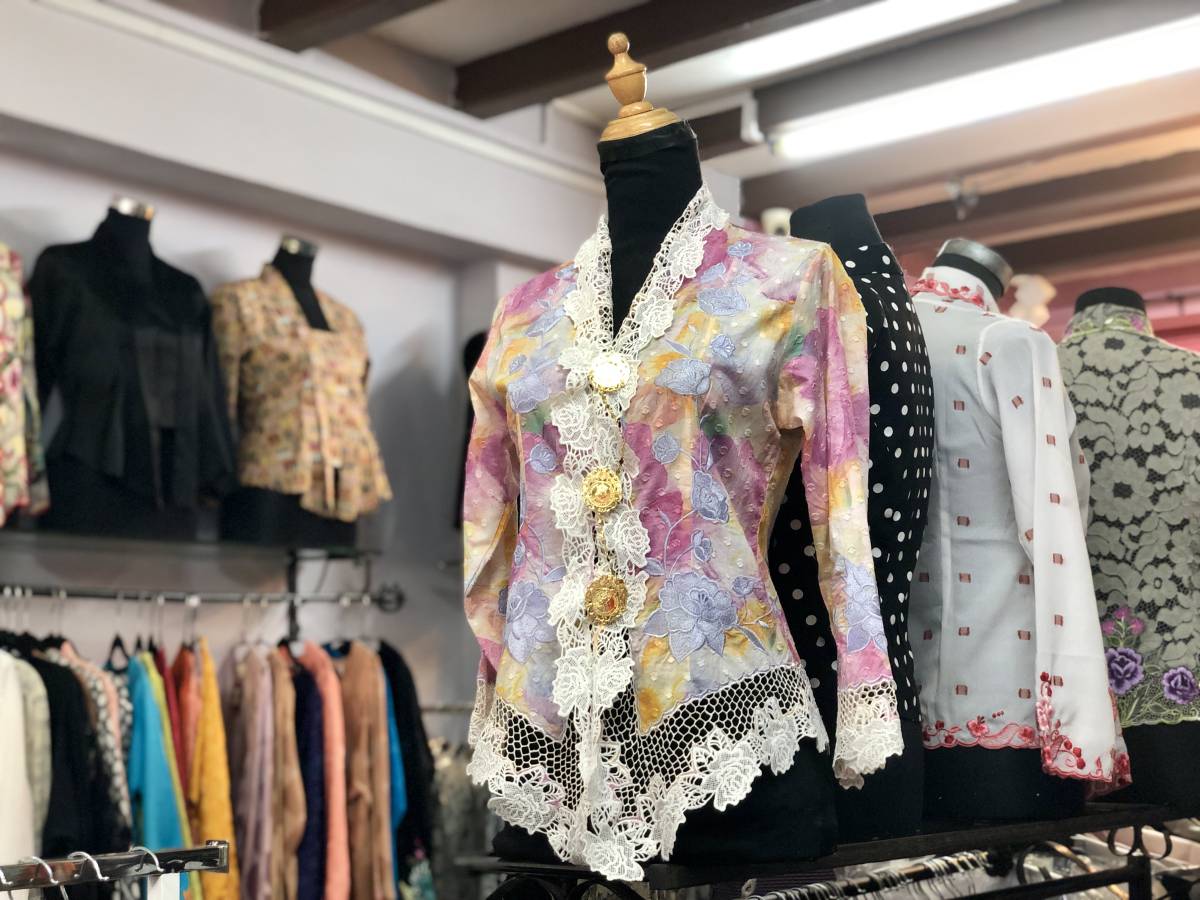 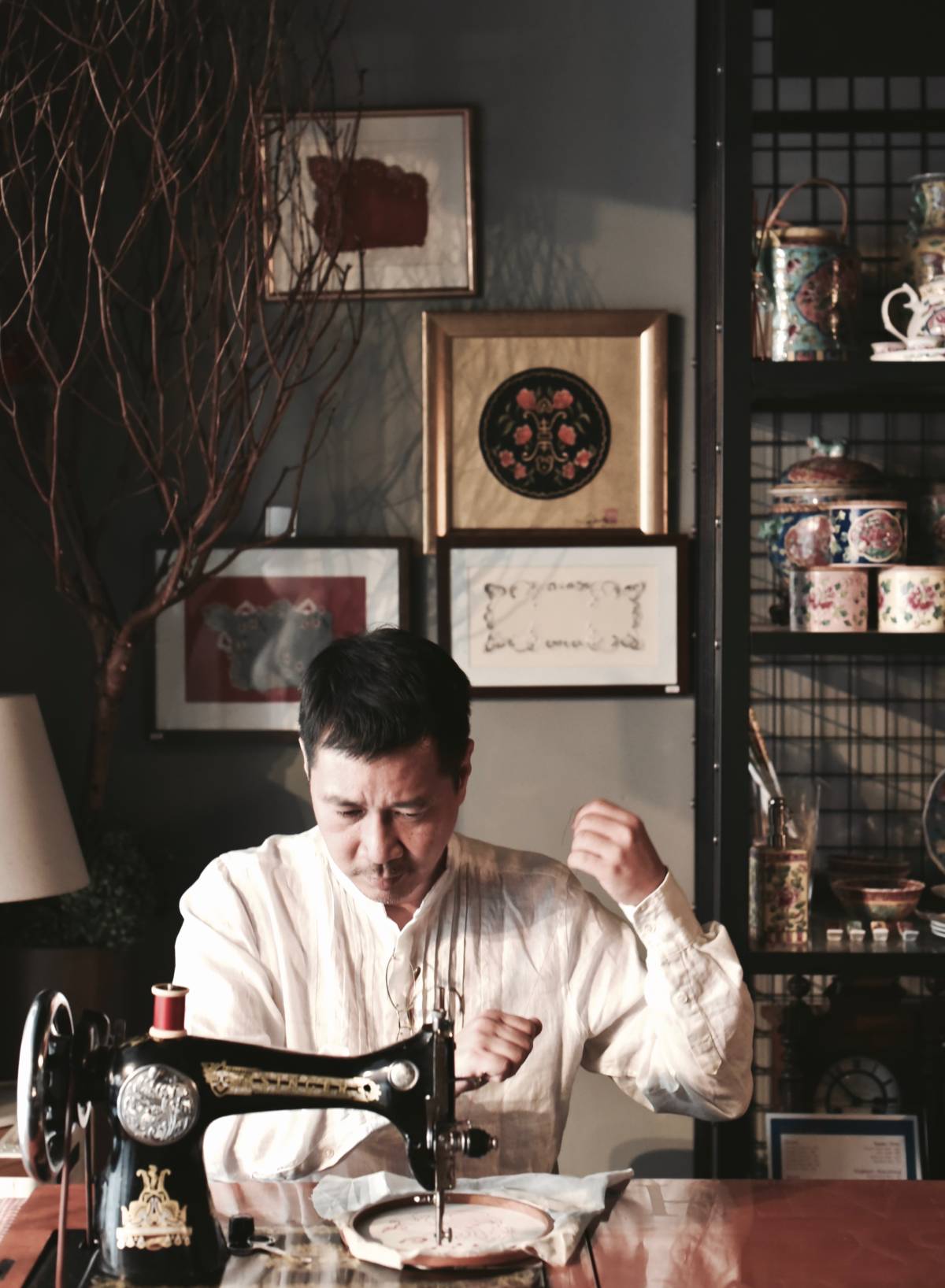 (Singapore, 23 November 2022) Brunei, Malaysia, Singapore and Thailand will be jointly nominating kebaya for inscription onto the UNESCO Representative List of the Intangible Cultural Heritage (ICH) of Humanity. Kebaya is a traditional form of women’s dress in the region, which became highly fashionable at the turn of the 20th century, and continues to be worn today. It is, in essence, a long-sleeved open-fronted upper garment traditionally made from a variety of fabrics and often known for being adorned with intricate embroidery. This would mark Singapore’s first multinational nomination, and the first multinational nomination involving the four countries.

Ms Chang Hwee Nee, CEO of the National Heritage Board (NHB), Singapore, said, “Kebaya has been, and continues to be, a central aspect in the representation and display of cultural heritage and identity for Malay, Peranakan and other communities in Singapore, and is an integral part of our heritage as a multicultural port city, with links across Southeast Asia and the world. The multinational nomination underscores this multiculturalism and our common roots with the region, and acknowledges the knowledge, artisanal skills and socio-cultural values associated with kebaya. We hope that the nomination will also generate greater interest and pride in the making and wearing of kebaya across different communities and generations in Singapore.”

The four countries aim to submit the nomination file to UNESCO in March 2023, and the result is expected to be announced in end 2024.

Shared History and Significance of Kebaya

Kebaya represents a significant part of Singapore’s Malay and port city heritage, and reflects the unique blend of cultures in Southeast Asia. Kebaya-wearing communities take pride in their own sewing and embroidering styles, passed down through the generations.

Kebaya designs demonstrate a blending of cultures, for example, traditional Javanese motifs and batik patterns such as the kawung (palm fruit), or motifs from Malay, Chinese, Indian and European traditions, be they flowers and animals, mythical creatures, or figurative elements. Kebaya is also worn in a variety of ways. It could be long or short, and paired with lower garments such as a kain (a long piece of rectangular cloth wrapped and tucked around the waist) or sarong (a stitched, tubular skirt), and is usually secured with either kerongsang (brooch), pins or buttons. In short, kebaya is a microcosm of the melting pot of cultures and craft traditions in the region and in Singapore.

In Singapore, kebaya is worn as casual wear and on both festive or formal occasions, such as Hari Raya Puasa, Lunar New Year, Deepavali, and at important rites of passage such as weddings, at parties and events. It featured strongly in popular culture in the mid-20th century, for example, in Malay-language films and popular music from the era, where fashionable leading actresses and performers frequently wore kebaya. Today, it still features in traditional performing art forms such as Dikir Barat, Dondang Sayang and Wayang Peranakan; and has also been presented in contemporary theatre productions such as Emily of Emerald Hill.

There is an active community of makers and wearers of kebaya in Singapore and they continue to share and pass on the knowledge, skills and cultural meaning related to the making and wearing of kebaya – a form of intangible cultural heritage – from one generation to another, ensuring that the significance and practice of kebaya remain relevant. These include the embroidery styles and stitching techniques cherished by the different communities, as well as the practices associated with the wearing of kebaya.

Mdm Ratianah Tahir, local craftsperson of kebaya and sulam (embroidery), and a designer-tailor at the boutique store Kebaya By Ratianah, said, “I am delighted. The nomination would create greater awareness of kebaya on a global stage and encourage me in my efforts in cultivating appreciation and preservation of our shared heritage. It gives me the greatest form of satisfaction, seeing all ages, especially the young, donning the kebaya. It is an honour for me to contribute, albeit small part on my end, as I believe that the kebaya is a symbol of our multinational identity regardless of who we are and where we are from.”

UNESCO will evaluate the nomination file collectively submitted by all four participating countries, and focus on aspects such as:

● How the nominated element is aligned with UNESCO’s definition of intangible cultural heritage;

countries ensure the promotion and transmission of the practice; and

Specific to Singapore, NHB has held six focus group discussions in August and October 2022 to seek views and information relating to the social and cultural significance of kebaya to relevant communities, as well as on the multinational nomination. The focus group discussions were attended by 48 participants comprising cultural practitioners, representatives from cultural associations and researchers involved in the making and wearing of kebaya, and all participants had expressed their support for the multinational nomination.

Mr Heath Yeo, (pictured above) local craftsperson of kebaya and sulam, said, “Kebaya means a lot to me as a maker and embroiderer, and making a kebaya requires a lot of hard work – from preparation to design, sewing to embroidery, all the way up to completion. Every kebaya is created layer by layer from start to completion, a labour of love involving meticulous and hard work. To me, kebaya can be likened to a lady of grace with her unique identity, uniting cultures and races. She embodies strength and yet is delicate at the same time. Born out of a beautiful blend of East and West, she attracts attention whenever she is seen, and I hope that a successful inscription will present an international stage for her and allow her to shine for the world to see and admire.”

NHB has also begun discussions with stakeholders on possible future safeguarding measures. As part of the preparation efforts for the nomination, NHB and several community representatives from Singapore attended a workshop organised by Malaysia in Port Dickson, Negeri Sembilan from 1 to 3 November 2022, joining community and government representatives from other countries. Participants of the workshop discussed the cultural significance of kebaya and the information that will be included in the multinational nomination file.