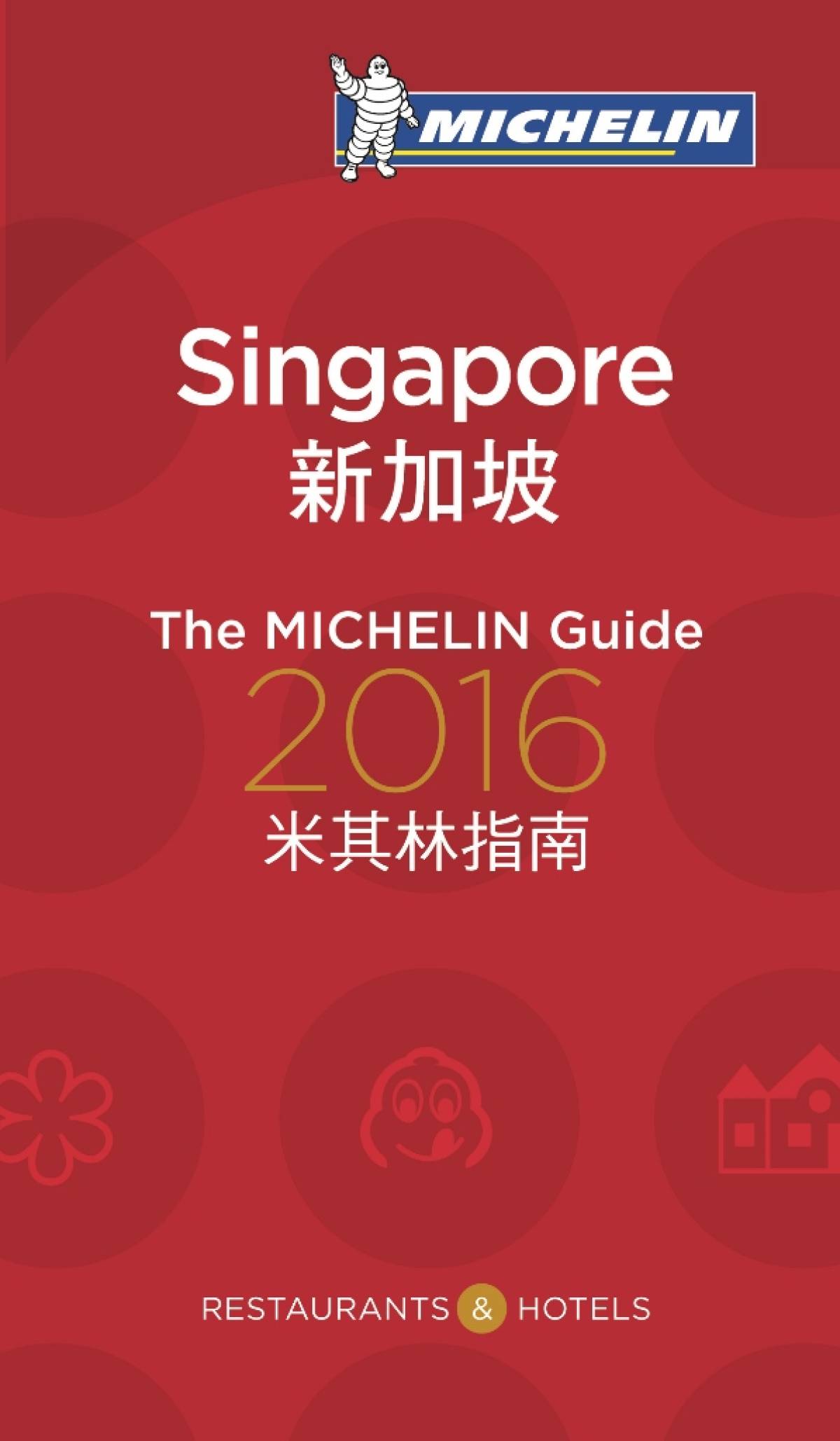 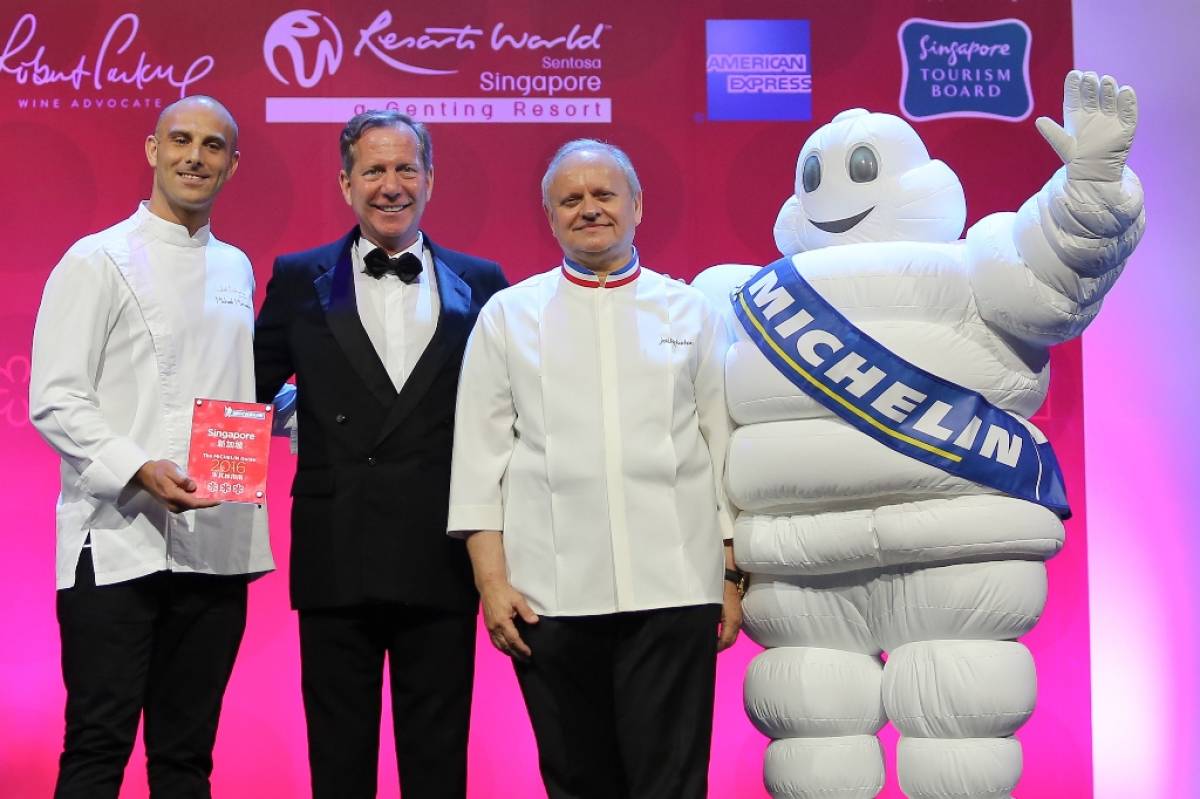 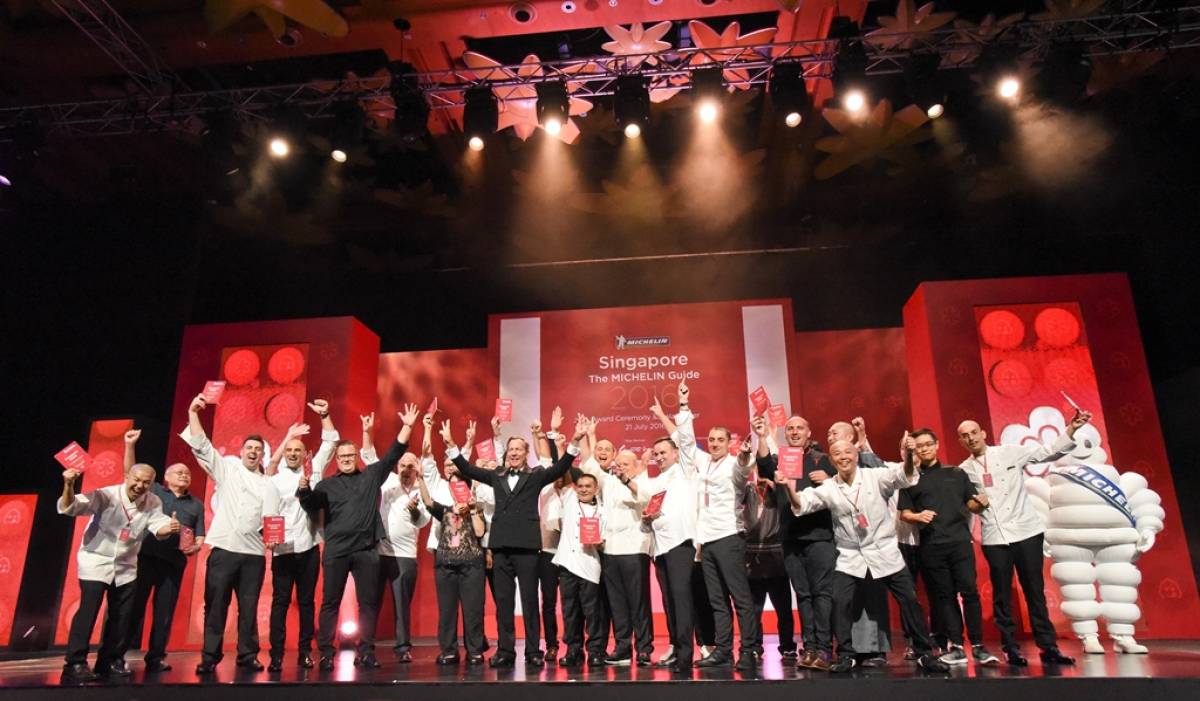 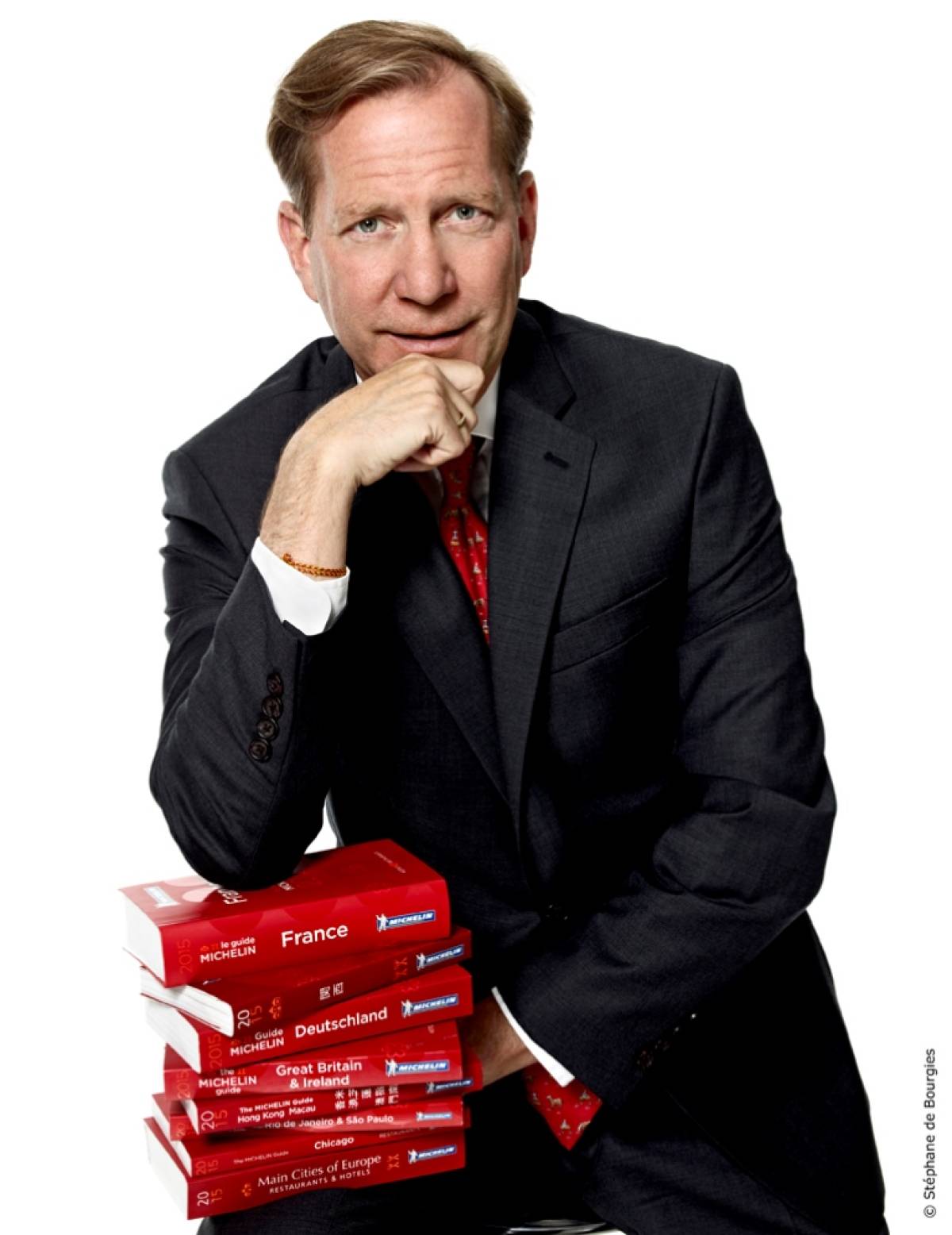 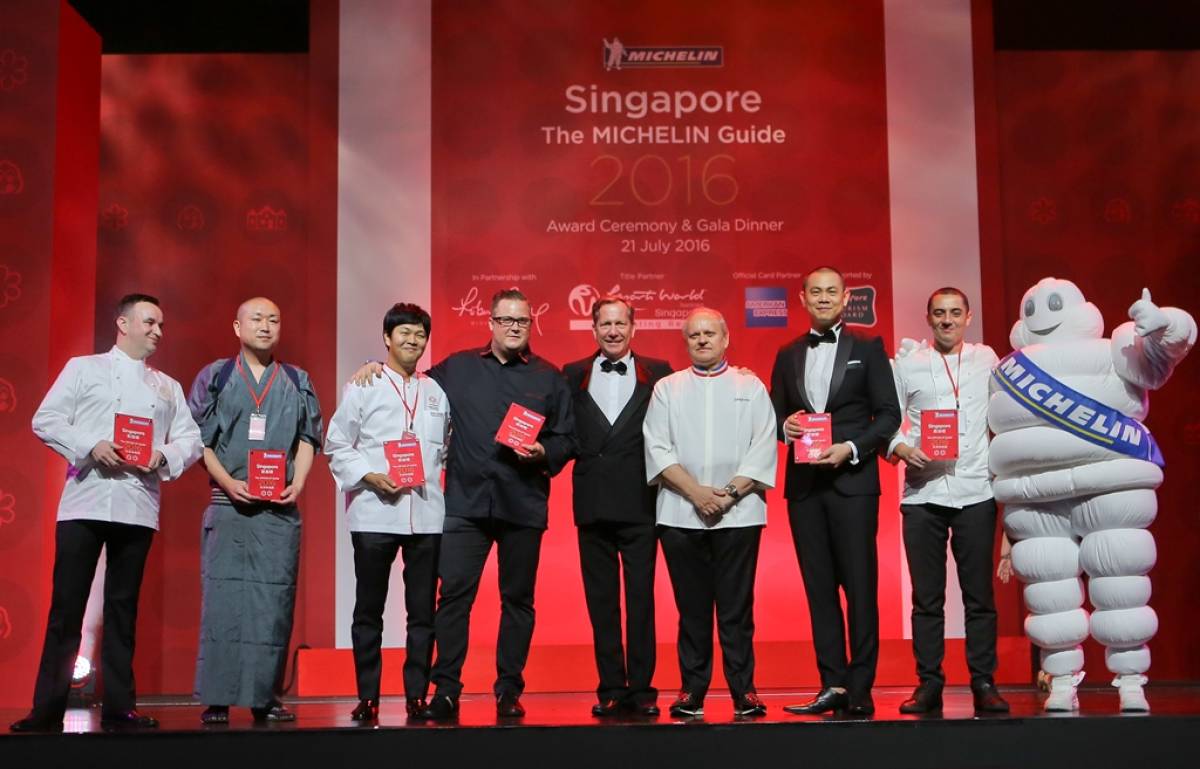 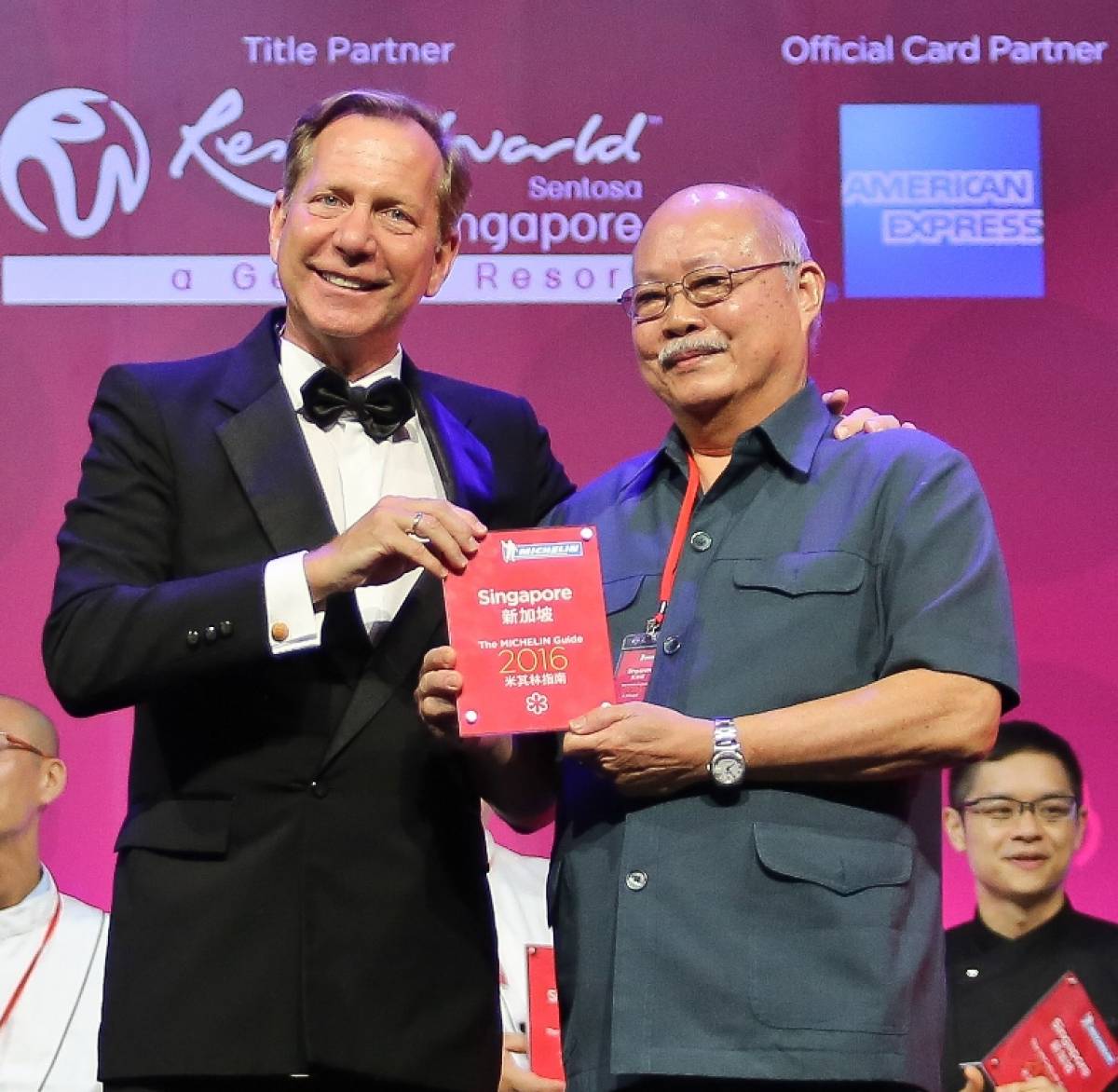 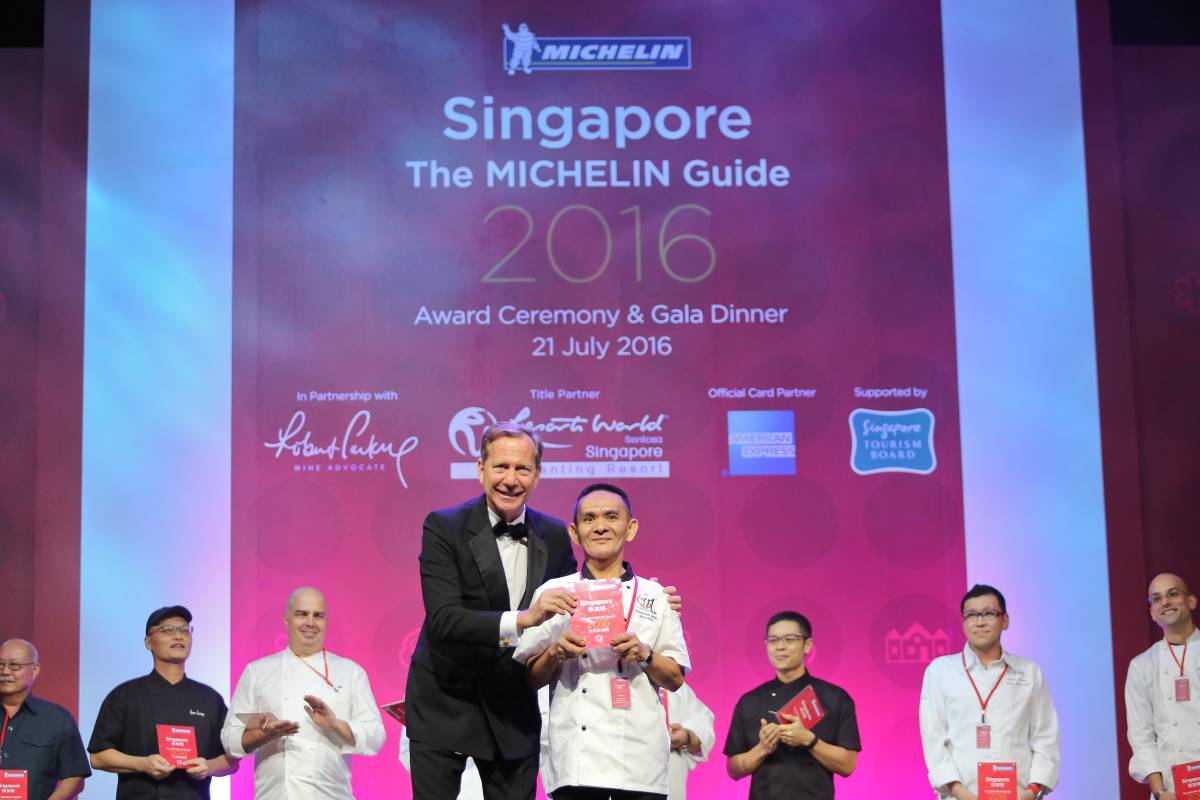 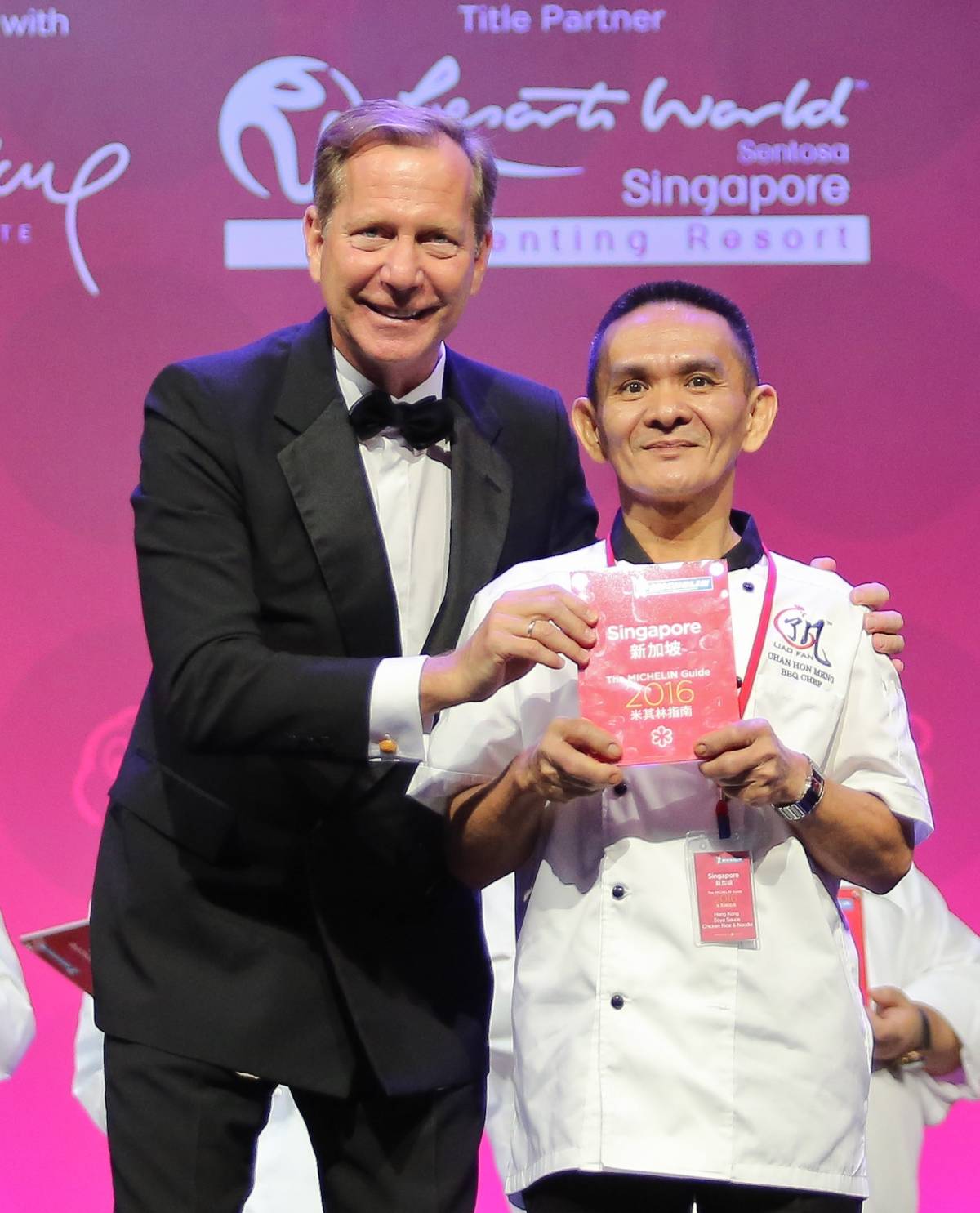 As proof of the high quality of the local and international cuisine in Singapore, the MICHELIN guide awards one restaurant three stars, six restaurants two stars and twenty-two restaurants one star. Among them, Asian street food and Australian cuisine arise starred for the first time ever. Michelin is pleased to announce the first selection of the MICHELIN guide Singapore 2016, which reflects the richness of the gastronomic scene in this South East Asian city. "Singapore is a real crossroads of trade and commerce, with multiple culinary influences and repertoire that is enjoyed by both locals and visitors," comments Michael Ellis, International Director of the MICHELIN guides (pictured left). "As the city has a worldwide reputation for its street food and a high flying gastronomic scene created by talented young chefs who have emerged over the last few years, here’s where our inspectors have discovered real jewels!

"From the quality of the ingredients -with only the best selected-to the finesse of the cooking, through to the impressive wine list that includes over 1000 references, the experience offered by the chef Joël Robuchonis quite simple exceptional!" exclaims Michael Ellis. "Each plate is executed with masterful panache, such as poached lobster in a spicy bouillon, or the farmer's guinea fowl with roast foie gras and each offers gourmets a palette of flavours and memorable intensity of taste".

Six other establishments obtain two stars in this 2016 edition of the MICHELIN Singapore guide: André, where the French trained, Taiwanese chef André Chiang, offers sophisticated, creative cuisine; L'Atelier de Joël Robuchon, which offers contemporary French cuisine just like Odette, where fine, elegant creations can be tasted and which was opened only a few months ago by chef Julien Royerand Les Amis, helmed by chef Sébastien Lepinoy.

Two other restaurants in this selection are also distinguished by two stars: Shoukouwa, where the Japanese chef relies on high quality ingredients to produce sushi just as one finds in Tokyo, and Shisen Hanten, the Chinese restaurant of chef Chen Kentaro.

Finally, the MICHELIN guide inspectors distinguished 22 one star restaurants, covering all cooking styles and cuisines. Among them, the Candlenut restaurant, where chef Malcolm Lee offers Peranakan cooking, a cuisine popular in Singapore with origins from the Straits of Malacca, combining influences from both Malay and Chinese cultures.

Another world first for this edition: Australian cooking obtains a star in the MICHELIN guide with the Osia restaurant, where young chef Douglas Tay, under the direction of Scott Webster, offers creative plates made with Australian and Asian products.

Find the full MICHELIN guide Singapore 2016 selection in both print and digital versions from bookstores islandwide, on the site guide.michelin.sg, or through Michelin’s upcoming app for Apple and Android phones.

Exceptional cuisine, worth a special journey

Our highest award is given for the superlative cooking of chefs at the peak of their profession. The ingredients are exemplary, the cooking is elevated to an art form and their dishes are often destined to become classics. Excellent cooking, worth a detour

The personality and talent of the chef and their team is evident in the refined, expertly crafted dishes. igh quality cooking, worth a stop!

Within their category, these establishments use quality ingredients and serve carefully prepared dishes with distinct flavours. About the MICHELIN guide he MICHELIN guide selects the best restaurants and hotels in the 28 countries it covers. Providing a showcase of gourmet dining around the world, it highlights the culinary dynamism of a country, as well as new trends and emerging young chefs. Creating value for restaurants through the distinctions that it attributes each year, the MICHELIN guide contributes to the prestige of the local gastronomy, thereby making cities and countries more attractive to tourists. Backed by its rigorous selection method and long-standing knowledge of the hospitality industry, the MICHELIN guide provides customers with unique expertise that enables it to offer them a true quality service. The different selections are available in both print and digital versions. They are accessible via the Web and on a full range of mobile media that offers navigation capabilities adapted to individual usage as well as an on-line booking service. With the MICHELIN guide, the Group continues to support millions of travellers, allowing them to live a unique mobility experience.

A MEETING OF TRADITIONAL AND CONTEMPORARY JAPAN AT ...