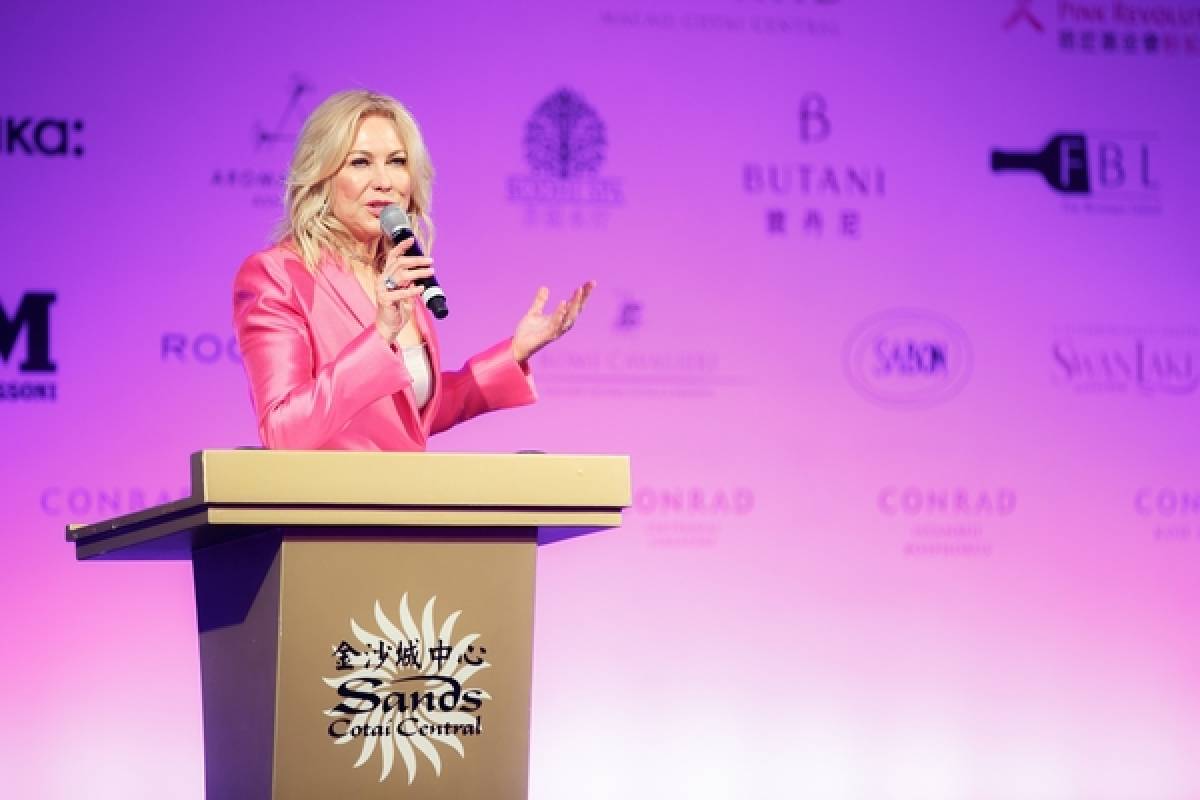 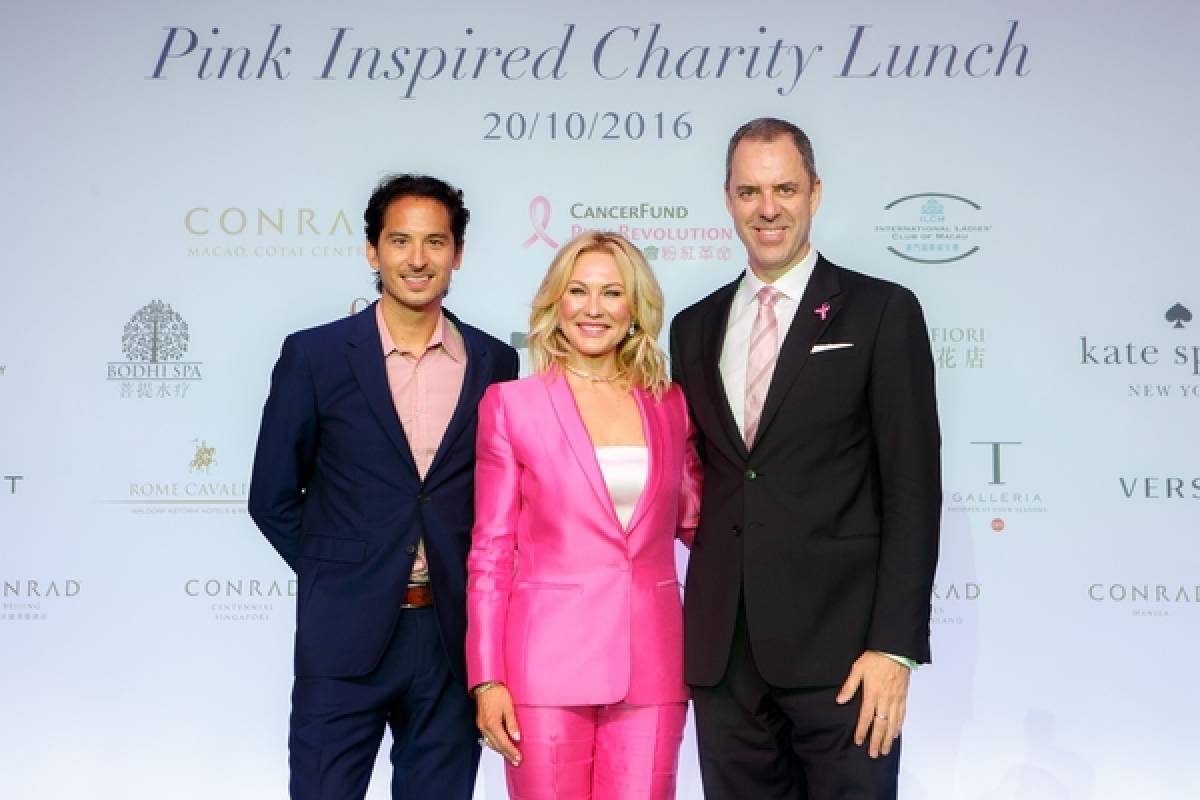 MACAO – 20 October 2016 – Conrad Macao, Cotai Central partnered with the International Ladies Club of Macao to host a charity lunch today as part of the hotel's 2016 “Pink Inspired” campaign during October which raises money for Hong Kong Cancer Fund's Pink Revolution. The Pink Revolution campaign is an annual event that raises awareness and funds for breast cancer research, and this is the fifth year that Conrad Macao has supported this worthy cause.  This year the lunch event raised over MOP 91,000 for the campaign thanks to the support of major retail sponsors such as T Galleria – DFS, Butani Jewellery, Versace, Kate Spade New York, M Missoni, amika, Sabon, Kwanpen, LUSH Fresh Handmade Cosmetics, TWG Tea and Rockport.

Special guests at the lunch included popular Hong Kong television host Mr. Sean Lee-Davies as the emcee and also Australian television celebrity Ms. Kerri-Anne Kennerley who flew in from Australia especially for the event.  Kerri-Anne is one of Australia's most iconic media personalities and has had an impressive line-up of television hosting roles including 'Good Morning Australia' and 'Monday to Friday with Kerri-Anne'.  She also performed in one of Australia's most popular TV shows 'Dancing with the Stars' and more recently she appeared as an advisor on Australia's 'Celebrity Apprentice' television show.  Away from the spotlight she is a passionate charity worker with the 'Look Good, Feel Better' programme and multiple breast cancer awareness organisations.

A special highlight for guests was a performance of the Michael Jackson' song 'Man in the Mirror' by vocalists Britt Quinten, Shaquille Hemmans and Rory Taylor from Thriller Live, the theatrical concert that is currently showing at The Parisian Macao's Parisian Theatre showcasing the music of Michael Jackson. Travelling During a Pandemic - Koh Samui

Jetclub Flies into A Sustainable Future With Bye Aerospace ...