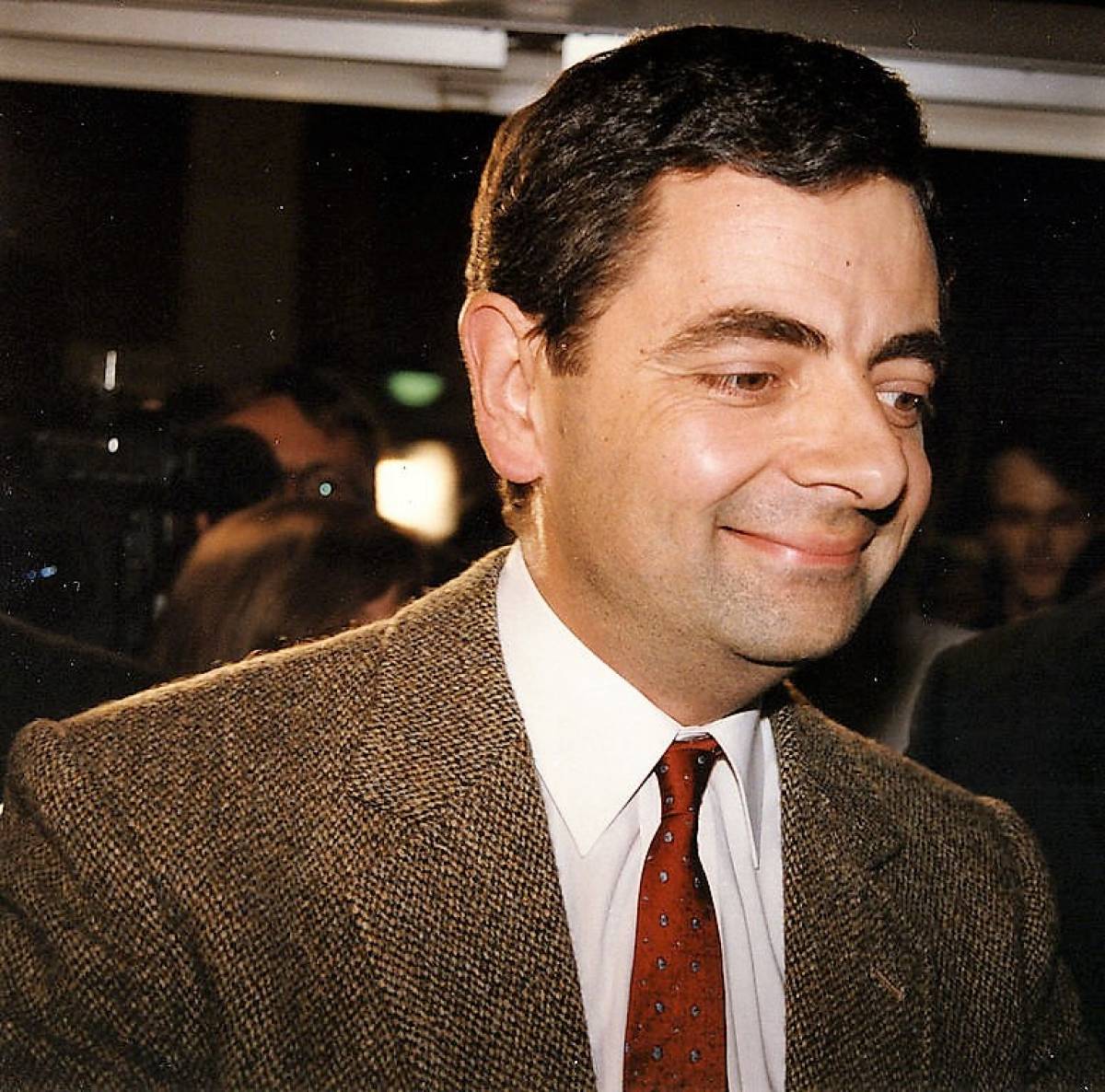 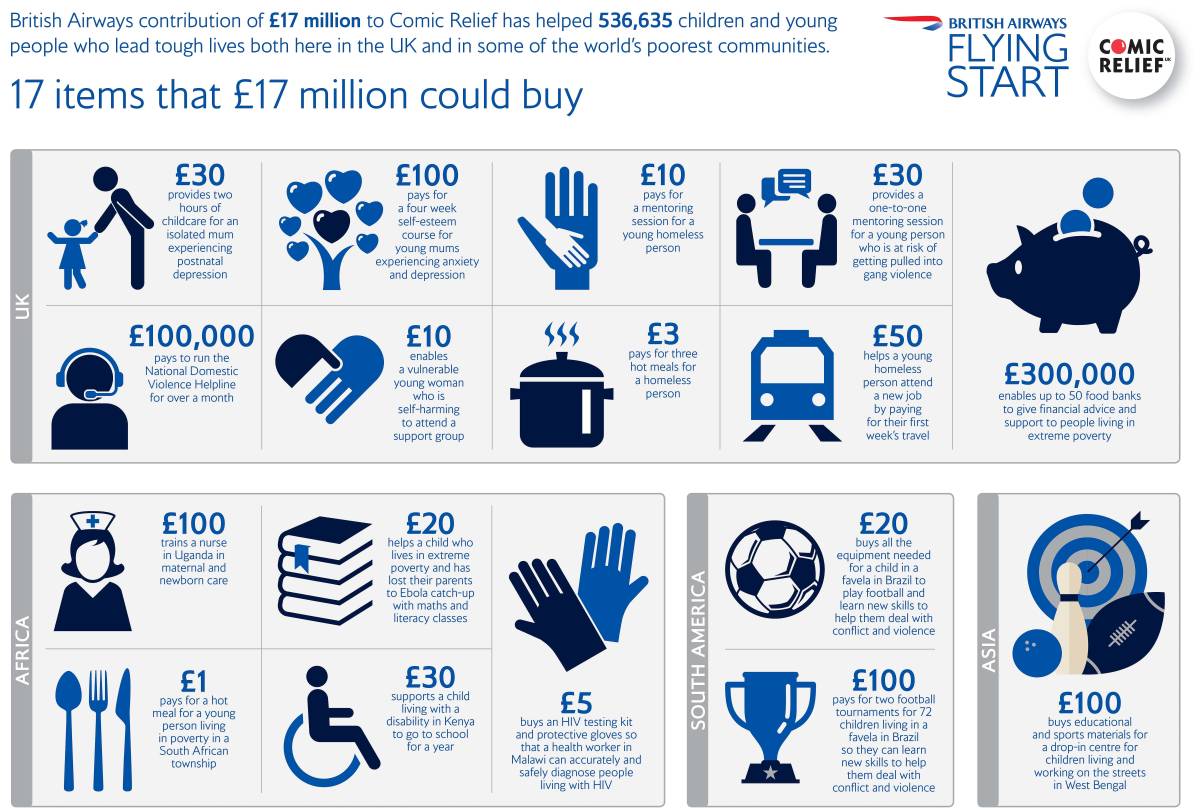 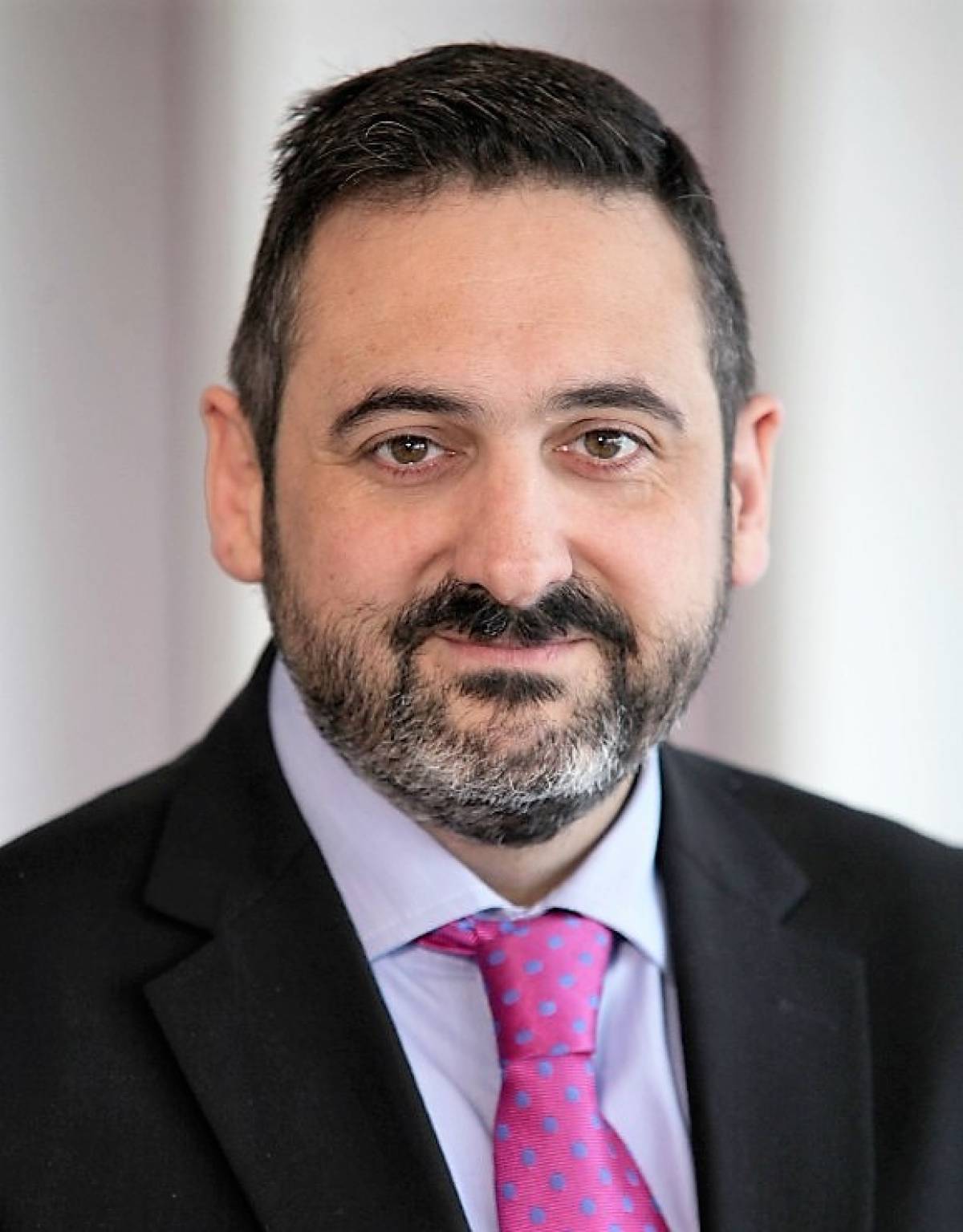 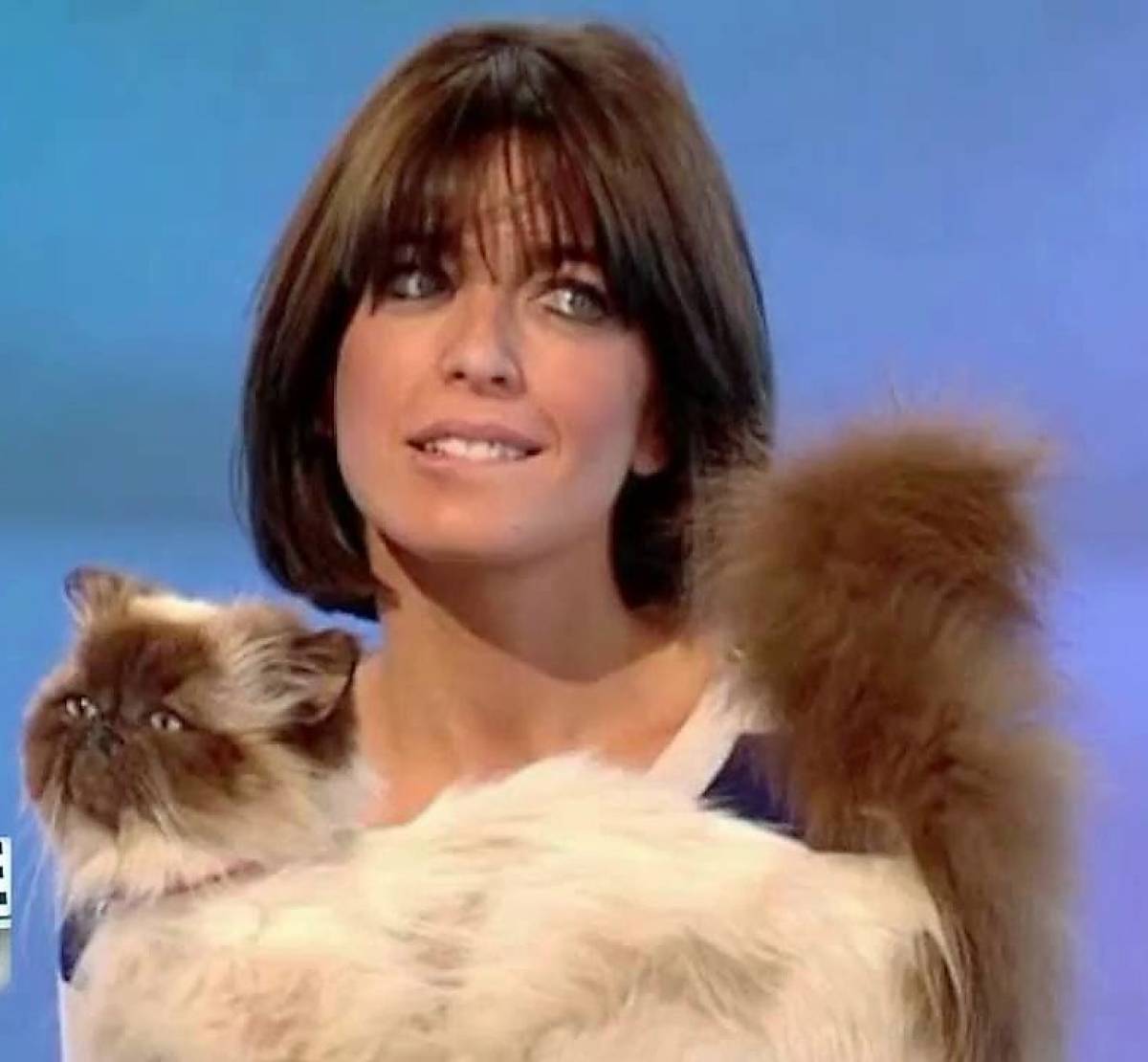 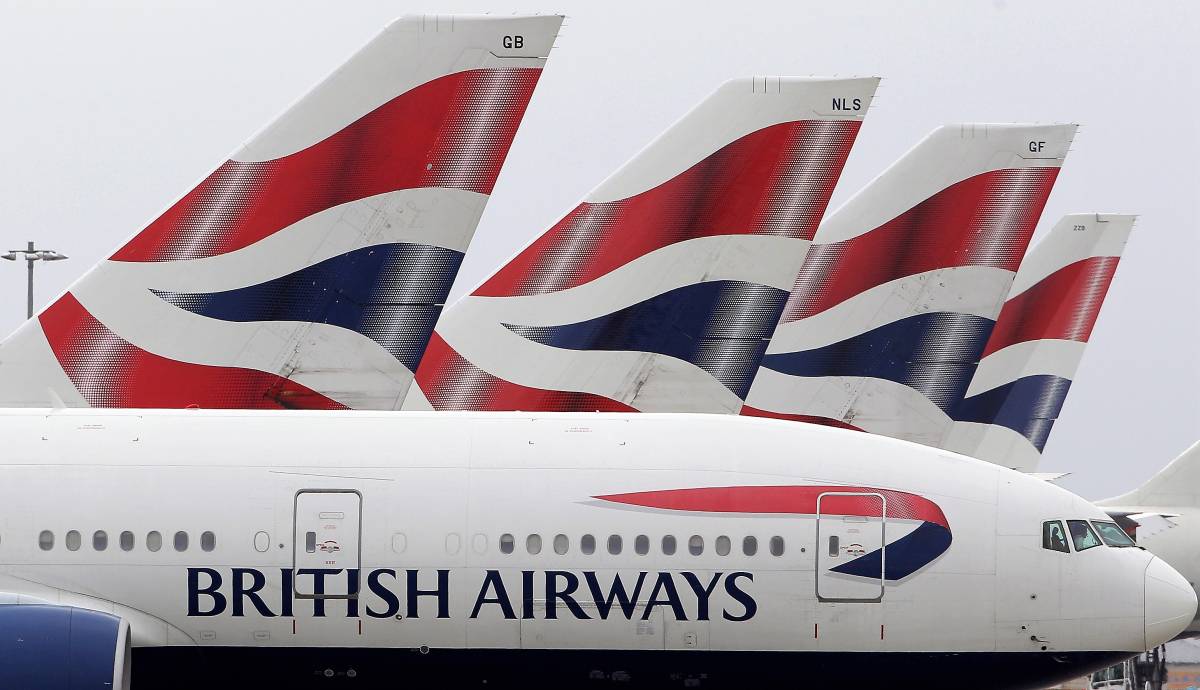 SINGAPORE, 16 NOVEMBER 2017 – British Airways has announced that since 2010 it has raised £17 million for Flying Start, its global charity partnership with Comic Relief.

Flying Start creates lasting change by giving children and young people a brighter future, whether that is making sure they are protected from violence, helping them access quality education, or providing opportunities to break free from the grip of poverty of living on the streets. Celebrities including Rowan Atkinson, (pictured above) Sir Ian McKellen, Rob Brydon and Thandie Newton have all done their bit to help fundraising efforts by participating in British Airways’ latest safety video and encouraging customers to donate their spare change to Flying Start. The video, which can be viewed here, launched in September and has already achieved 7.8million views on YouTube alone. In the weeks following the video launch, there was a 20% increase in donations on board and the airline hopes that the video will help the partnership to exceed the goal of raising £20 million by 2020.

British Airways’ contribution of £17 million has helped over half a million children and young people who lead tough lives both here in the UK and in some of the world's poorest communities. The funds have been raised through on board collections, online donations and colleagues who have played an integral role. BA colleagues over the last seven years have been actively fundraising and organised a number of events including challenges, gala balls, golf days, danceathons, comedy night’s and sporting events.

British Airways has even set a series of Guinness World Records for Red Nose Day over the years, including the ‘Highest Concert’, ‘Highest Comedy Gig’, ‘Highest Harlem Shake’ and ‘Most countries cycled in 24 hours’.

The £17 million that British Airways has raised since it started in 2010 has helped Comic Relief fund projects in the UK and around the world. Just a few of the organisations funded by Comic Relief grants include:

Boxgirls (Laureus Sport for Good Foundation) – A Kenyan organisation offering girls the opportunity to participate in boxing, learn about their rights and develop skills in money management, entrepreneurship and leadership.

Butterflies (Childhope) – An Indian organisation working with vulnerable street and working children. They deliver programmes that include healthcare, information education and support for young people in vocational training and enterprise. In celebration of the sum raised, British Airways has created an infographic to show 17 items that Comic Relief provides all over the world.

British Airways’ Chief Executive, (pictured below) Alex Cruz, said: “We are delighted to have raised £17 million for Comic Relief through Flying Start, and I would like to thank the generosity of our customers and dedicated fundraisers at British Airways. I’m looking forward to visiting one of the projects that Comic Relief is supporting in South Africa later this month.” Comic Relief’s Chief Executive, Liz Warner, said: “British Airways has been an excellent partner for Comic Relief. The airline's passengers and staff have raised £17 million over the past 7 years to go towards our projects. And it has been done with great initiatives from a world record breaking celebrity "gig in the sky" to the recent truly original celebrity safety video. The support of British Airways and its passengers has helped us change lives both here in the UK and in some of the world's poorest communities."

Stars will be uniting on the red carpet at a special event supported by BT at the British Museum on November 16 to celebrate British Airways’ achievement and Comic Relief’s work. The event will be hosted by TV presenter Claudia Winkleman and comedian Lenny Henry, with some of the airline’s customers, fundraisers and charity partners in attendance.

From Condemned to New-born, The Evolution of Linens For ...