Ecotourists Staying Away Put Wildlife in Danger in Cambodia

Forest Rangers Depend on Ecotourism Support 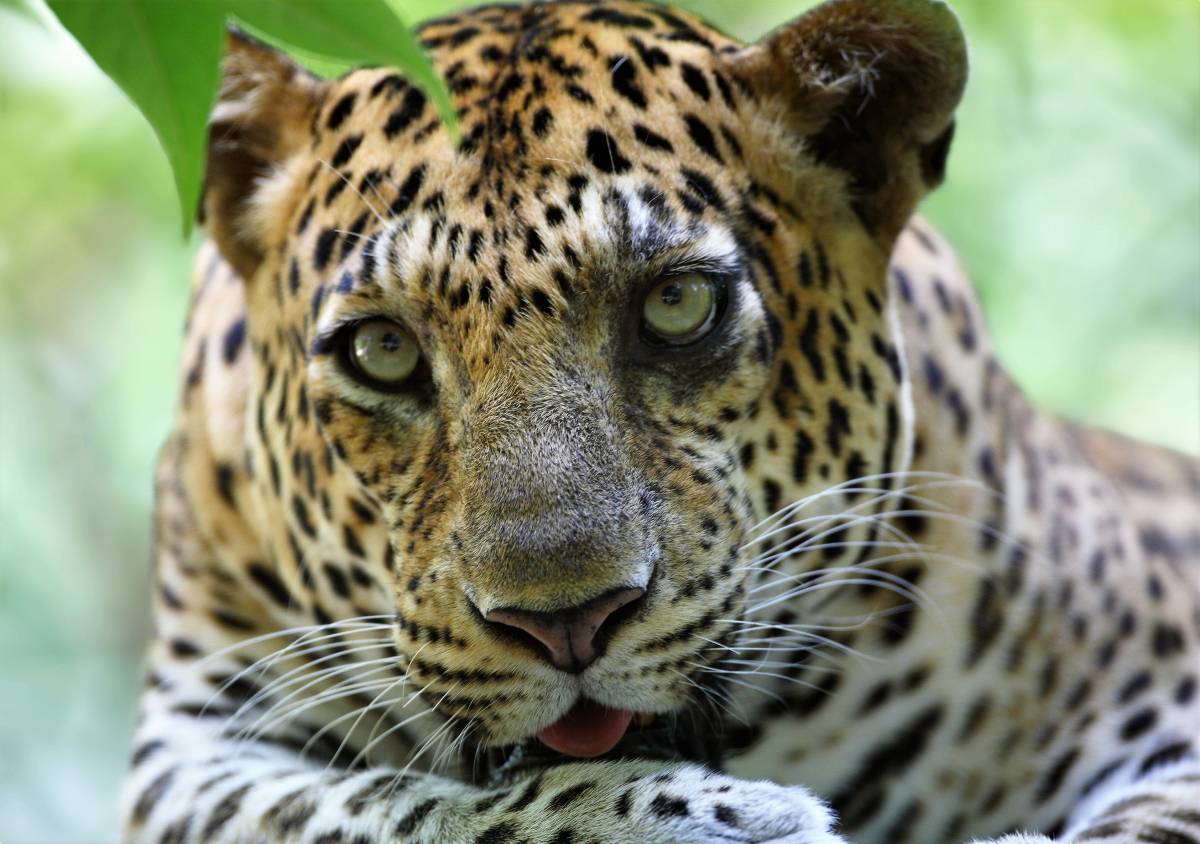 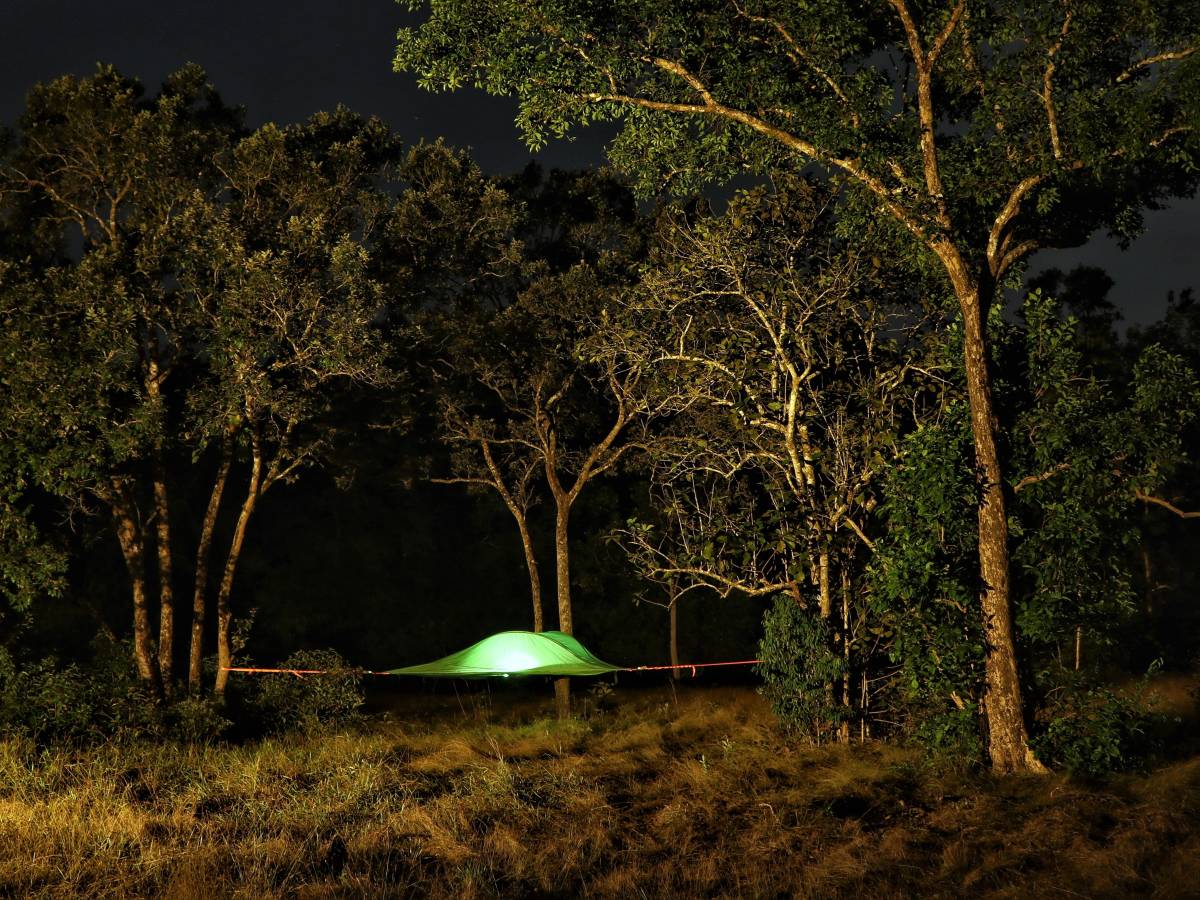 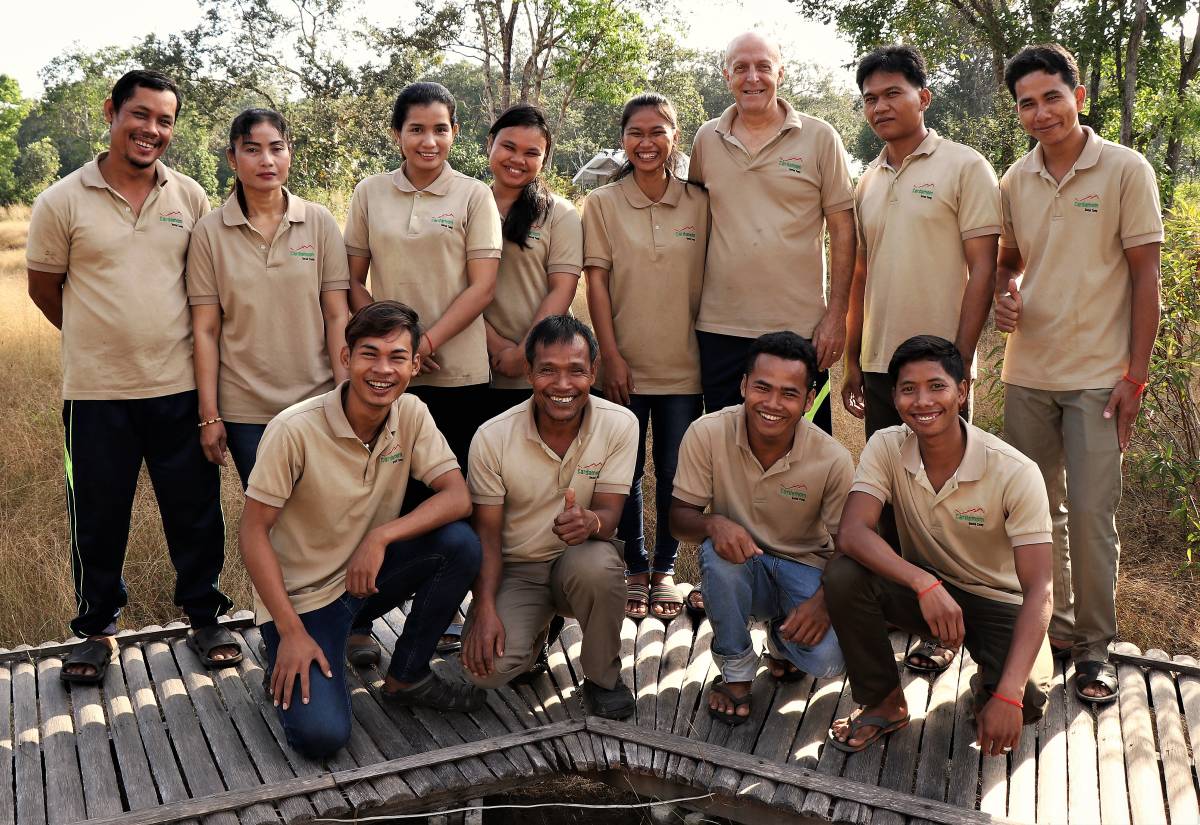 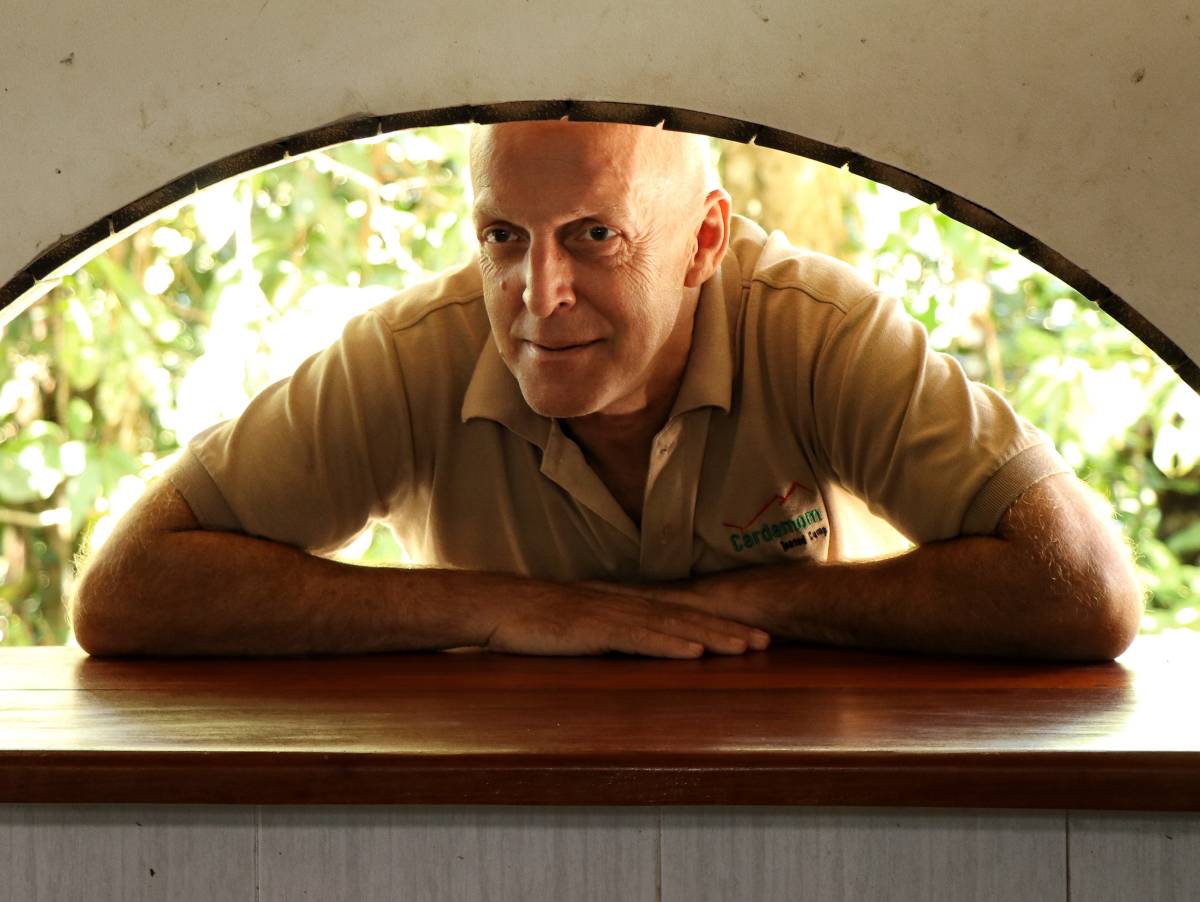 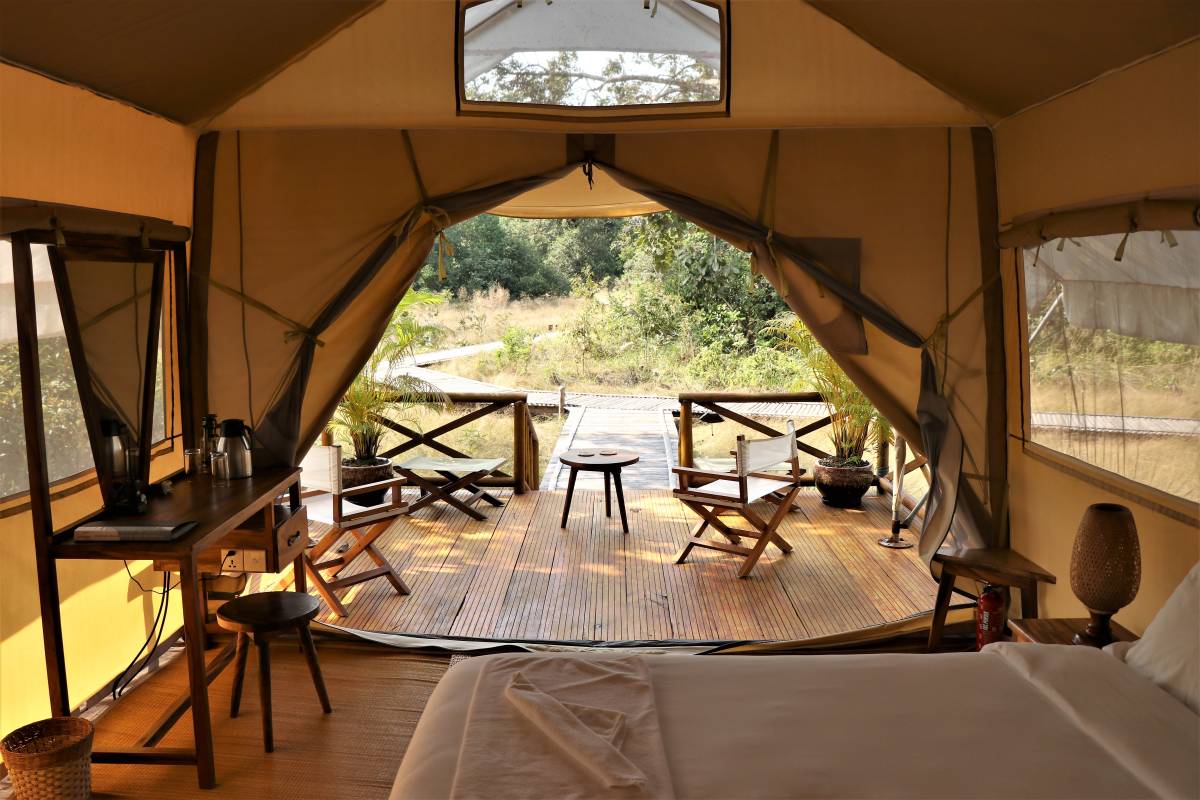 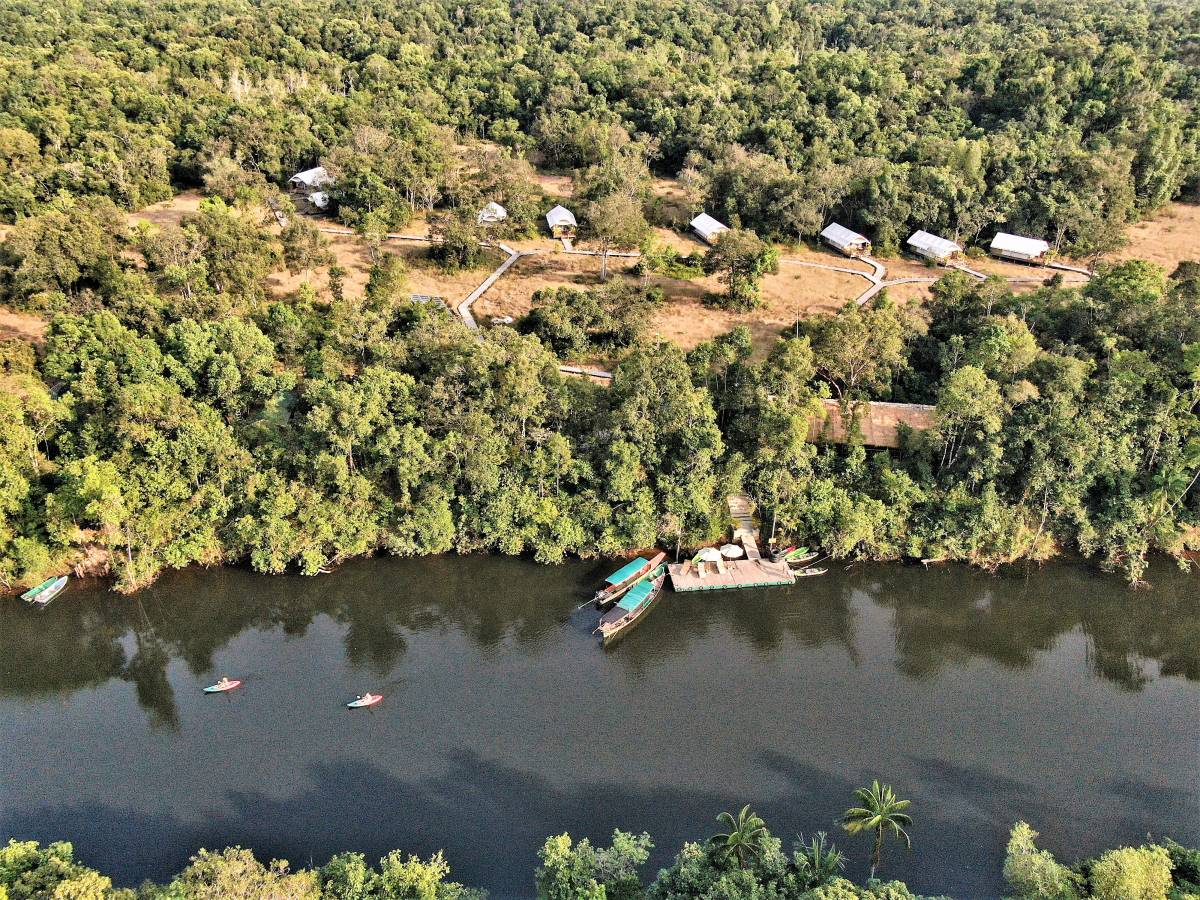 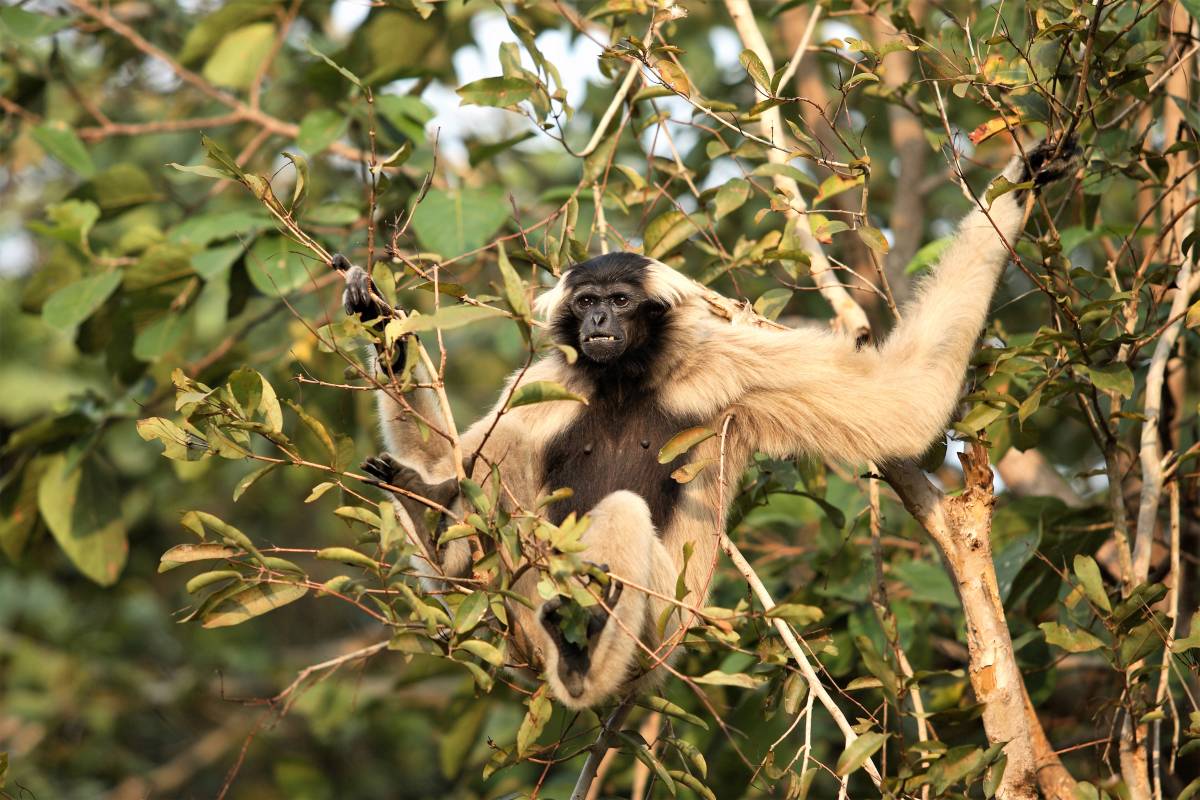 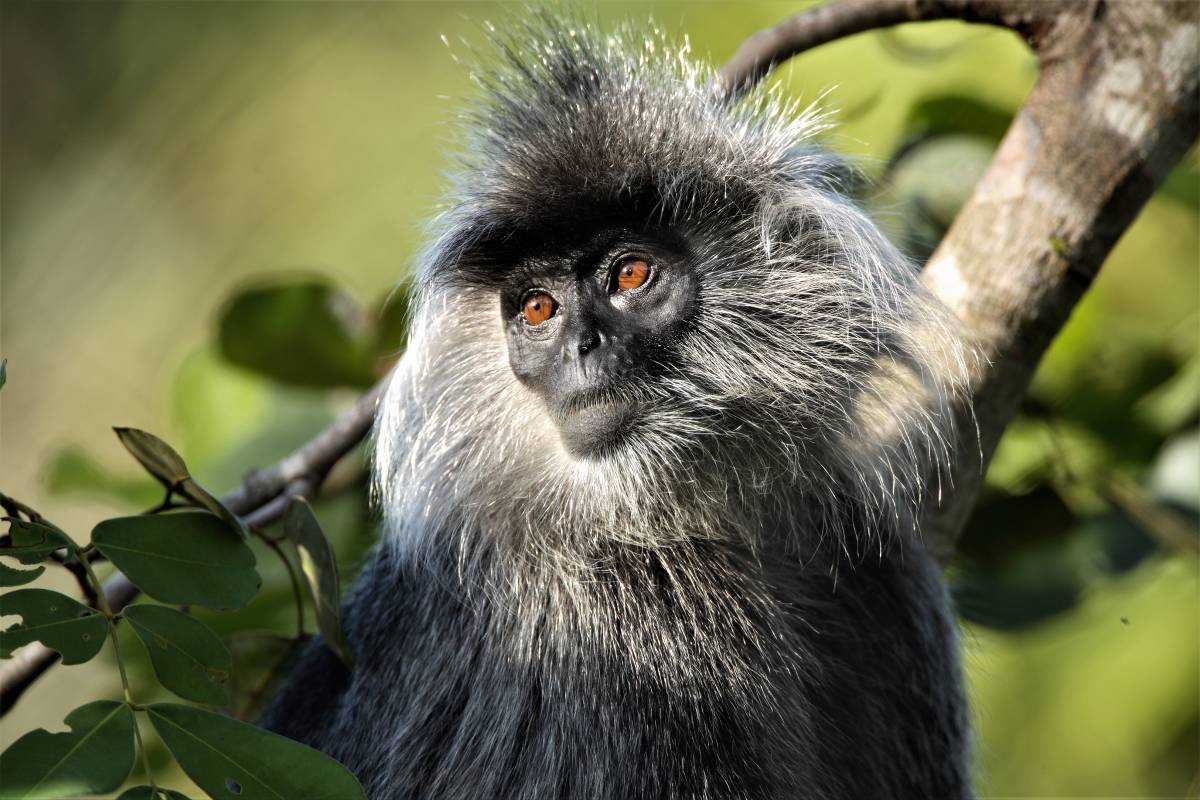 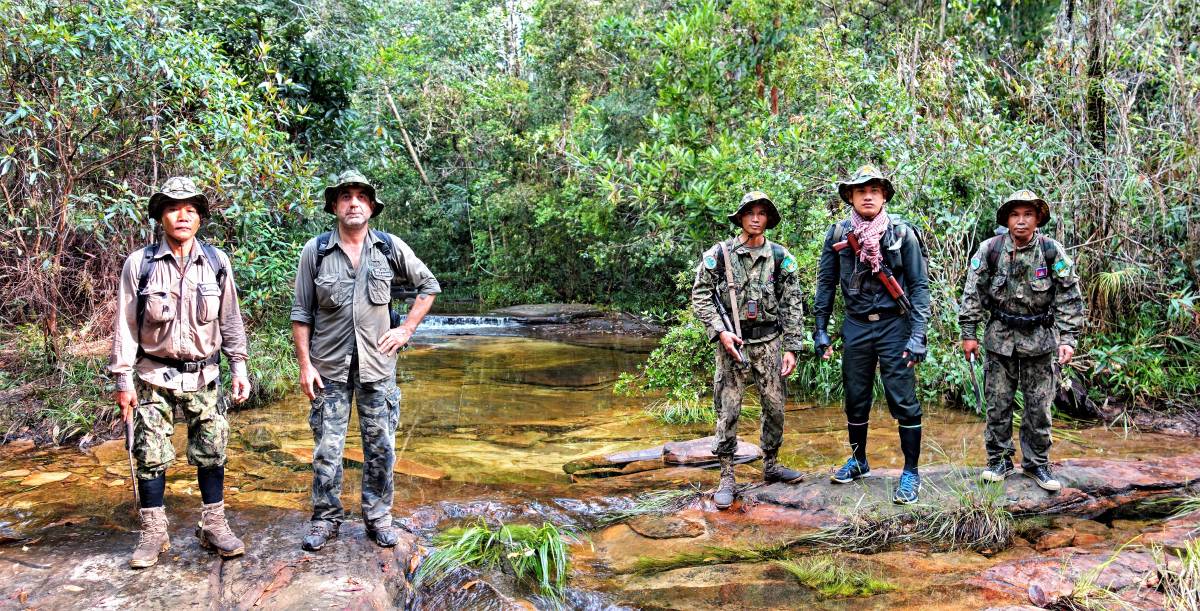 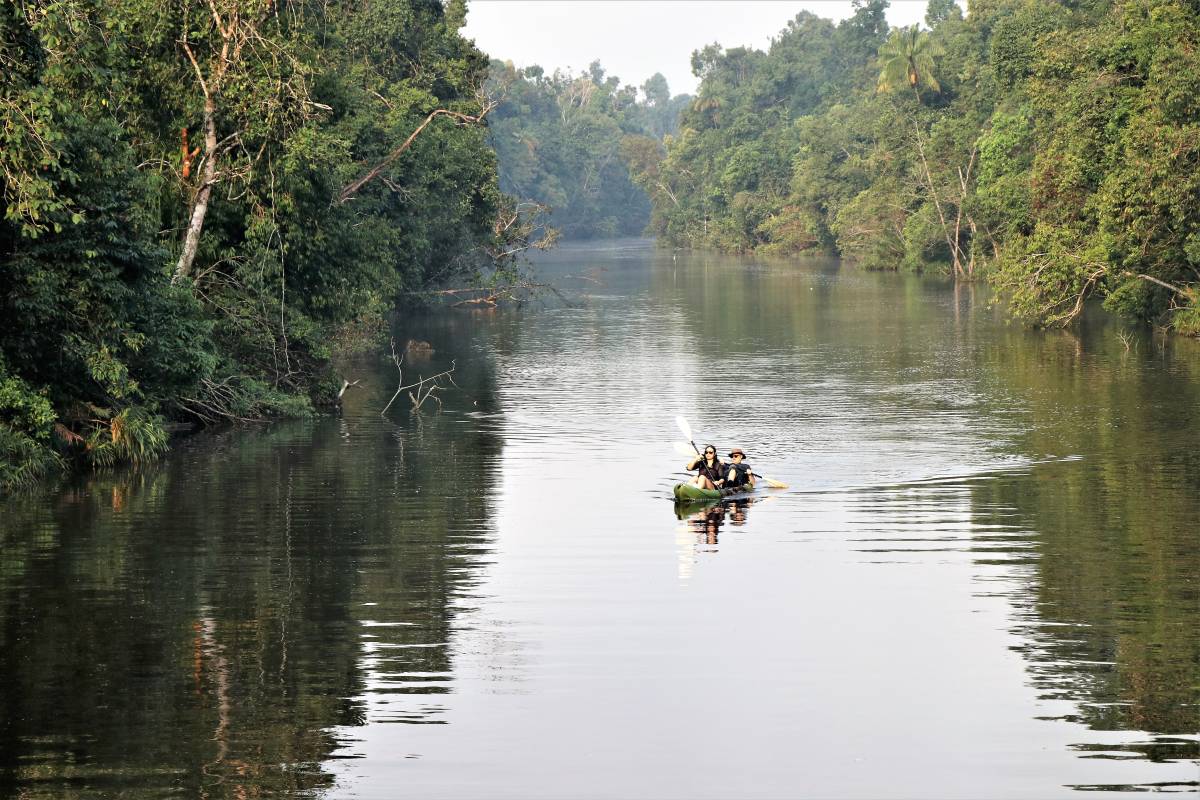 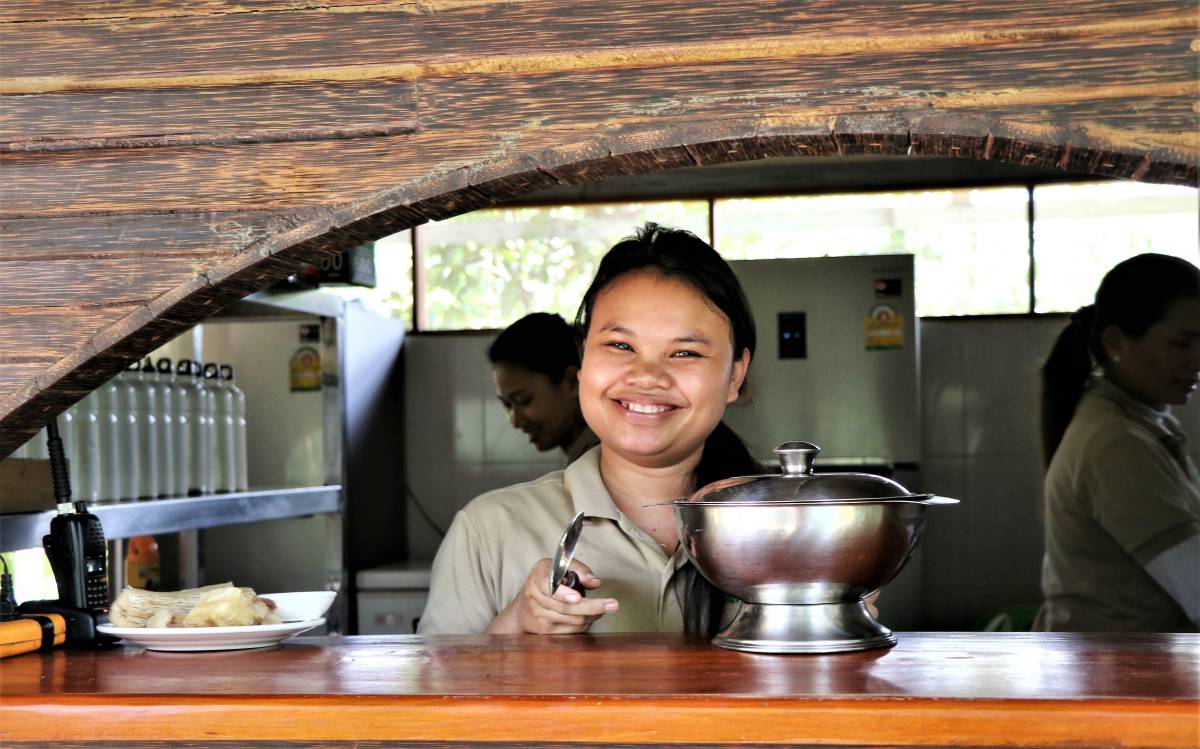 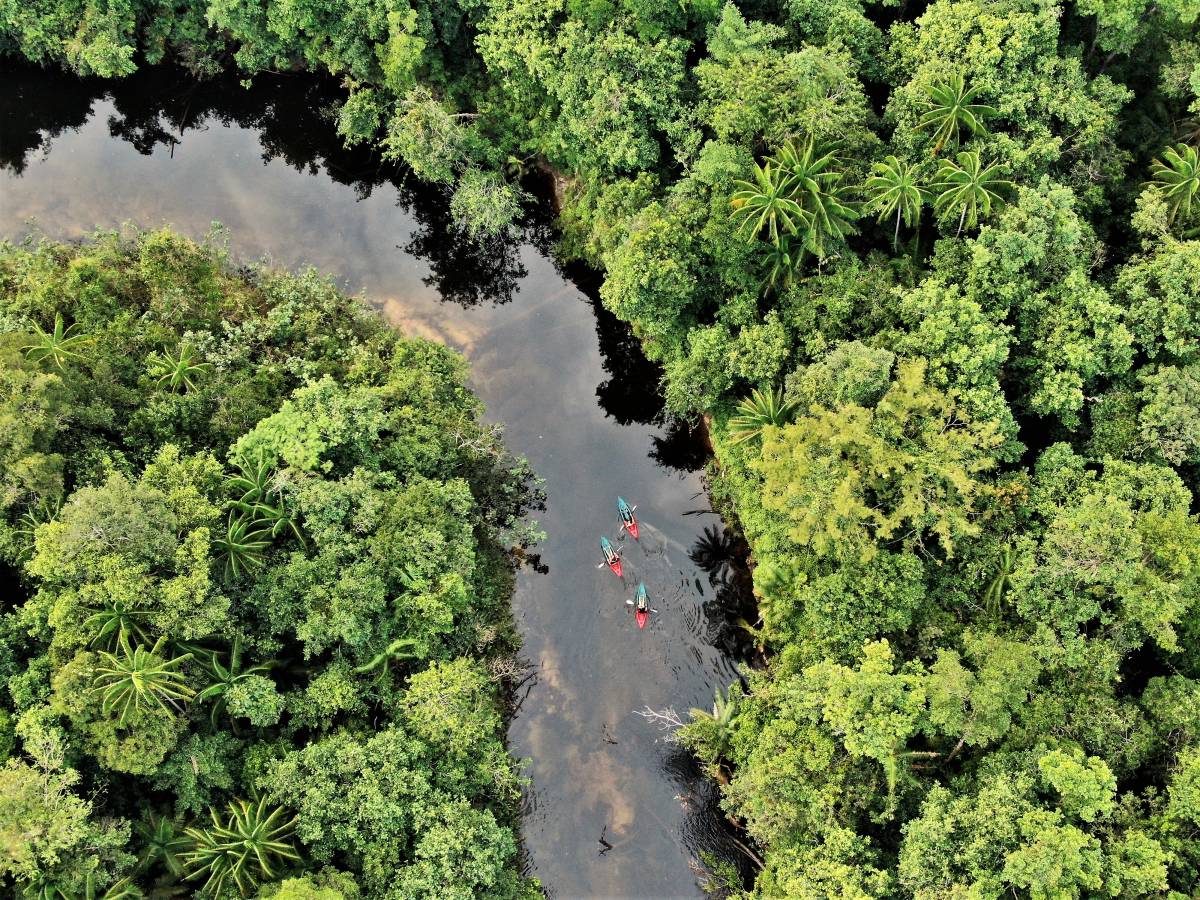 (May 19, 2020 - Cambodia) Tourism-dependent forest ranger patrols in Cambodia which are financed by the Golden Triangle Asian Elephant Foundation and Cardamom Tented Camp are in danger since the Covid-19 tourism shutdown so an emergency Fundrazr page has been launched.

No ecotourists = no revenue = no forest protection.

THE collapse of tourism in Southeast Asia means wildlife and conservation in south west Cambodia may come to a halt in the next few weeks. The temporary closure of Cardamom Tented Camp in Cambodia has meant that forest patrols by Wildlife Alliance rangers in Botum Sakor national park in southwest Cambodia may have to be suspended.

The rangers’ equipment, food and wages are provided in entirety by the Golden Triangle Asian Elephant Foundation (GTAEF) and Cardamom Tented Camp, which both depend on tourism for their income -- and consequently have none due to the Covid-19 shutdown. As of mid-May, all 14 rangers policing 18,000 hectares of evergreen lowland forest in the national park are still operating, relying on funds from GTAEF. However, these funds could run out as early as the end of May.

Until then, ranger foot patrols to seek out poachers and remove their hunting traps are still operational. But they would stop should GTAEF support fail and guests not return to Cardamom Tented Camp in the next months, which seems increasingly likely. This would leave the forest unprotected as rangers return to their home villages.

“We are extremely proud of the rangers’ efforts over the last six years. They have all-but stamped out bushmeat poaching, the illegal wildlife trade and land grabbing on the concession,” said John Roberts, Director of Elephants and Conservation at GTAEF.  “However, we see from the rampant forest clearance in surrounding areas that the rangers’ excellent work would almost immediately be reversed should patrolling stop in the next few weeks.”

GTAEF, which is based in northern Thailand, pays the lion’s share of the rangers’ wages in the Cambodia project.

“Unfortunately, our foundation’s income is also largely derived from tourism which has stopped. So a FundRazr page is our last best hope for forest and wildlife protection in Botum Sakor for the next few months, until tourism picks up again,” said Roberts.

Forest rangers depend on ecotourism support

The last guest at Cardamom Tented Camp checked out on 30 March. The camp’s manager,  Allan Michaud, who is still resident at the lodge, said that the rangers’ patrols were vital to stop illegal activities such as logging and hunting which is lethal for mammals such as pangolins, gibbons, deer and wild cats.

“Prior to the Covid shutdown, illegal hunting in Botum Sakor national park had declined by around 90% over the last five or so years,” said Michaud. “That is now at risk. The sooner we secure income for the ranger patrols the better the survival chances of wildlife and habitat,” he said.

Tourist visas, e-visas, visa on arrival and visa exemptions for Cambodia are all suspended.

To secure continued forest patrols a FundRazr page has been set up by GTAEF to mobilise emergency income for the rangers. GTAEF and Cardamom Tented Camp invite people to make a donation, large or small, with all funds guaranteed to go to financing the rangers’ income, materials and food so that they can continue wildlife protection patrols.

Cardamom Tented Camp will offer donors giving US$200 or more a free night on top of a two-night stay. Vouchers for the free night are valid until February 2022 and are transferable.

Four short videos made before the Covid-19 crisis show the role of ecotourism at Cardamom Tented Camp and how it supports the forest rangers.

Since opening in late 2017, the camp has operated with the slogan, “Your Stay Keeps the Forest Standing” to show the direct link between income from guest stays and forest habitat protection through ranger patrols.