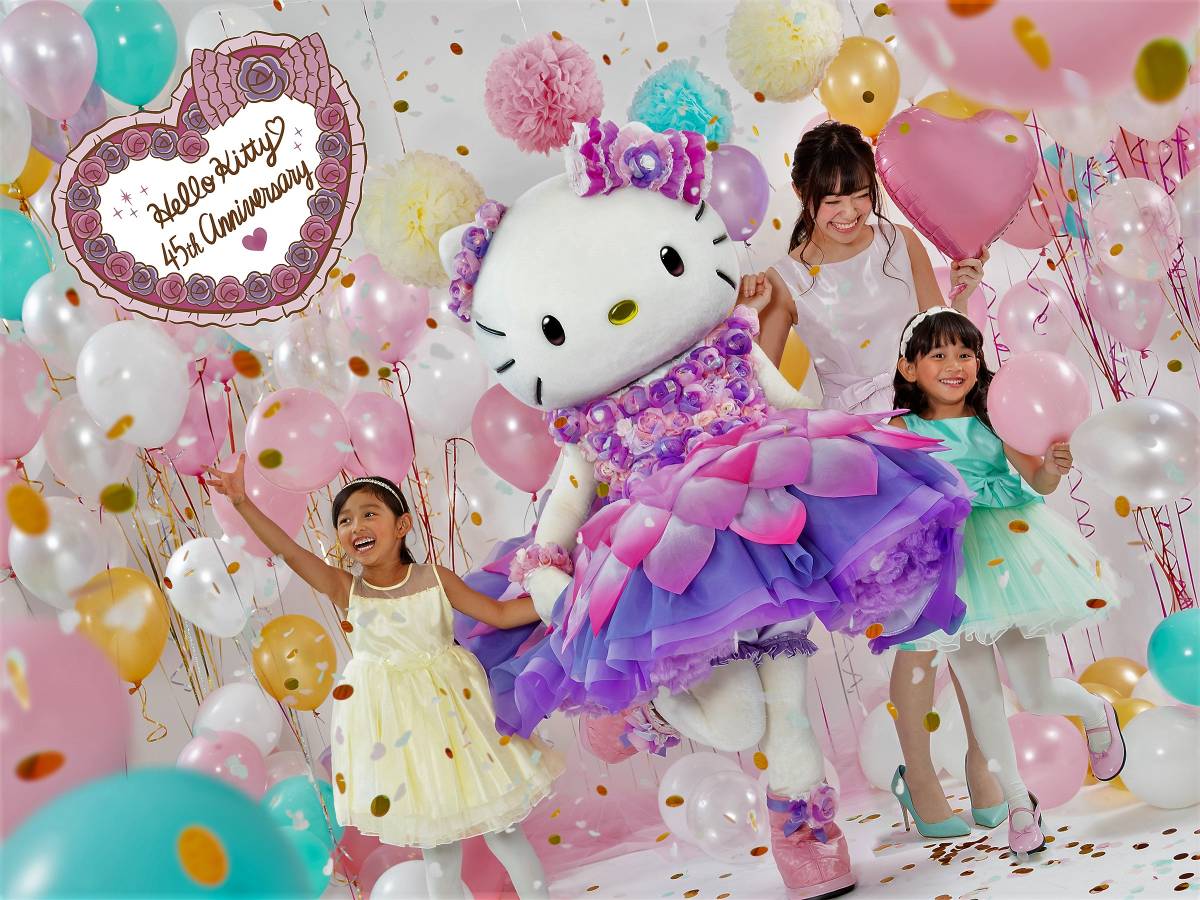 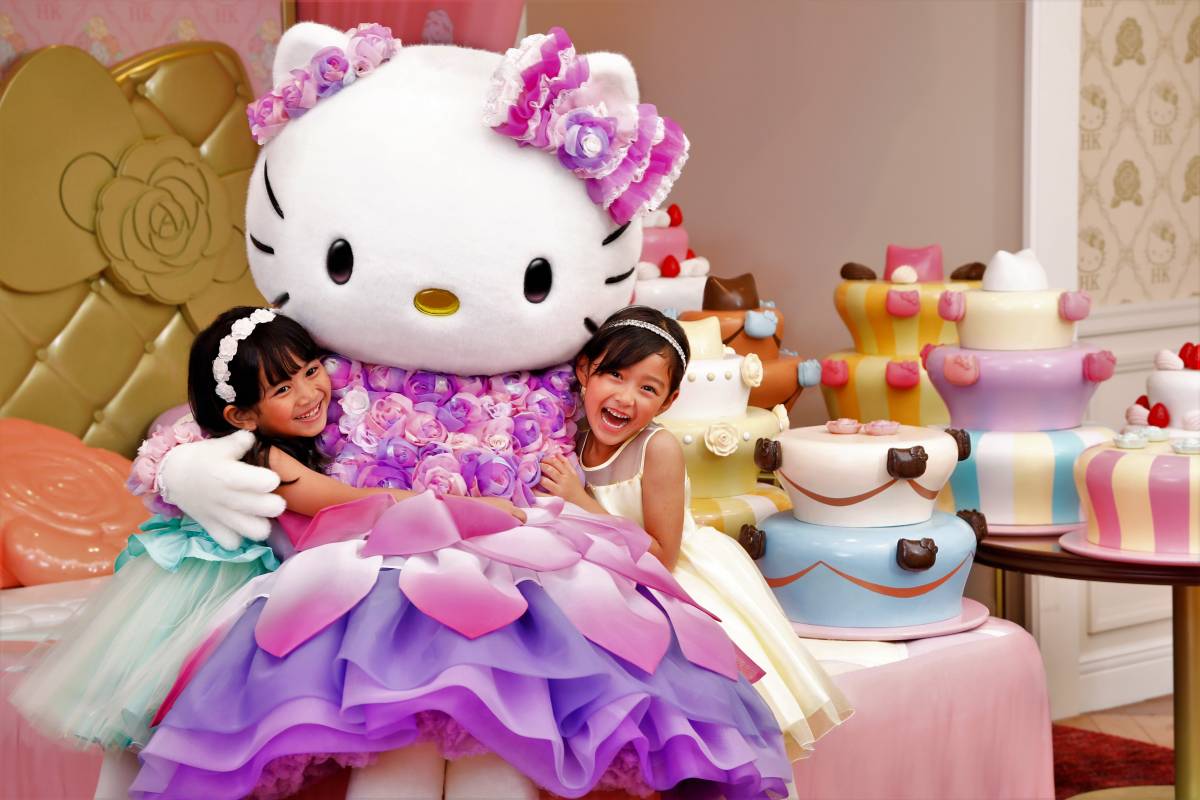 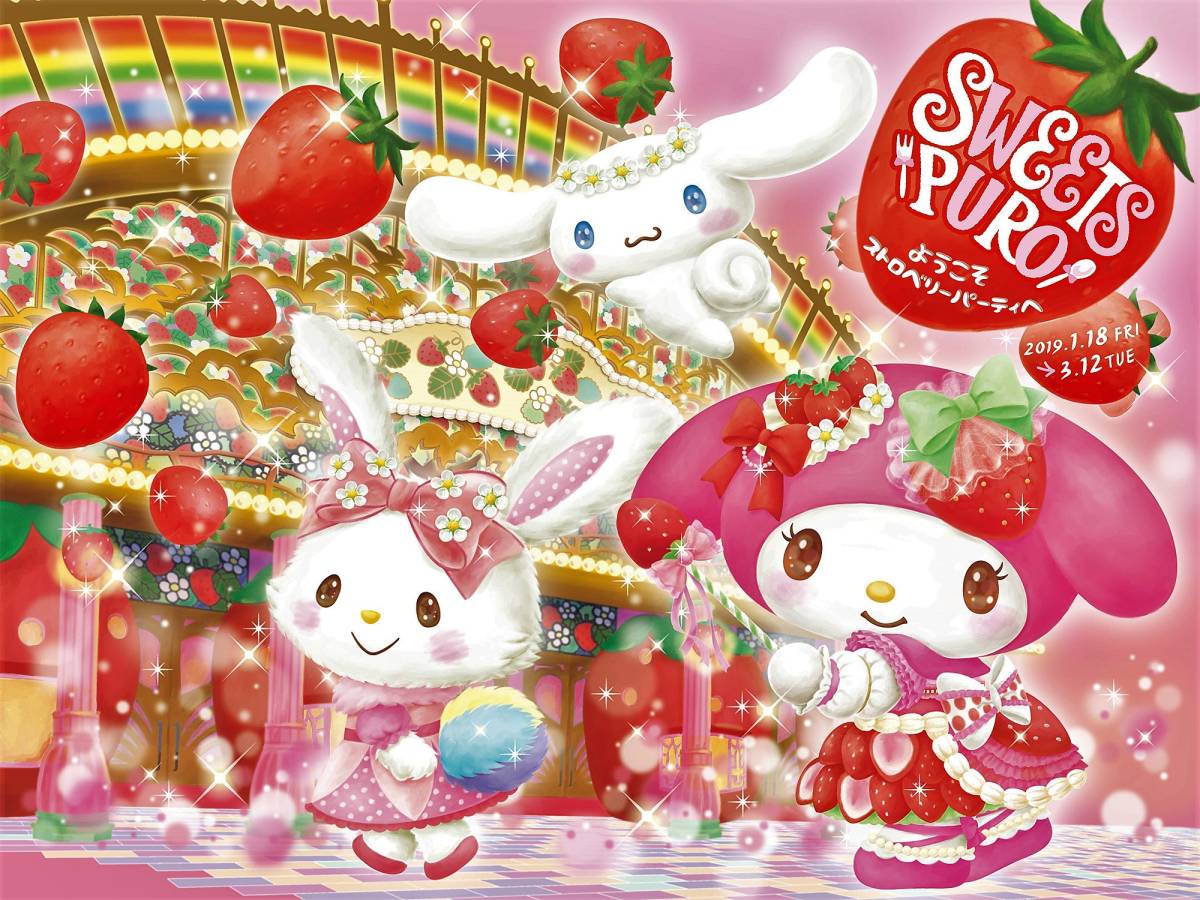 Sanrio Puroland celebrates Hello Kitty’s anniversary with a series of celebrations throughout the year 2019. The start of the festivities coincides with “SWEETS PURO”, the first seasonal event of the year.

Under the concept of "My First Kitty" new visitors and returning fans are invited to a memorable Hello Kitty experience. Throughout the year Hello Kitty Land Tokyo will launch a series of activities to mark this special year. More information will be forthcoming

Every morning (starting 15min after the opening of the park and on for about 30 minutes) visitors can meet and greet Hello Kitty at Lady Kitty House, stylishly decorated in pink and lavender colours. Special anniversary rosettes, designed in 45 popular historical Hello Kitty styles from 1974 to 2017, are available to visitors.

Shortly after the start of the Hello Kitty anniversary year Hello Kitty Land Tokyo inaugurates the first seasonal event of the year, Sweets Puro, under the theme of "Sweets and strawberries" running from 18th January until 12th March, 2019. It ties in with the traditional Valentine's Day and most importantly with the season of strawberry picking in Japan, between January and May. Japanese Strawberries are getting increasingly popular in Asia and other parts of the world as a sweet and juicy delicacy.

In line with the theme Puroland launches "Ichigo Ichie", a new illumination shows predominantly featuring shades of pink. The name of the show, Ichigo Ichie, meaning "once in a lifetime", but is also a play of words as "ichigo" also means strawberry in Japanese. To mark the event many of Hello Kitty Land's loveable characters will be dressed in strawberry costumes.

The theme park offers many beautiful anniversary photo spots as for example a strawberry carriage fully decorated with anniversary presents for Hello Kitty, a balcony on a tower draped with ribbons or a big piece of strawberry sponge cake with MyMelody posing with fans for photos. In addition, at the Puroland Lady Kitty House photo studio visitors will be able to have their pictures taken with Hello Kitty dressed in her special 45th anniversary robe, covered in flower petals. Also, every morning from 12th January until 12th March Hello Kitty's twin sister Mimmy will be there too.

"Hello Kitty has been spreading joy for 45 years amongst an ever increasing fan base covering all age groups", conveys Kentaro Kawai of the Sales Department of Sanrio Entertainment Co. Ltd., the Puroland operator. "We are grateful to all fans and visitors and want them to have a wonderful and uplifting experience at Sanrio Puroland and to feel being a part of the spirit of this celebration which is only possible because of them."