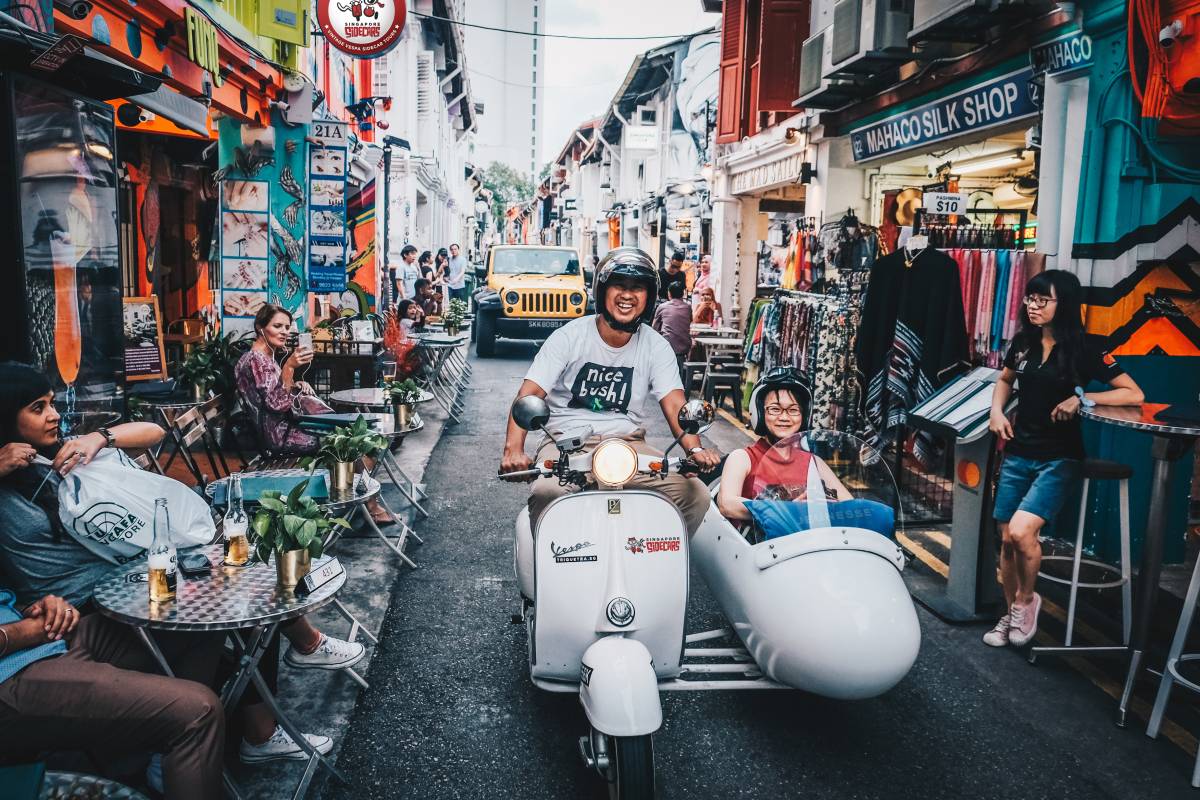 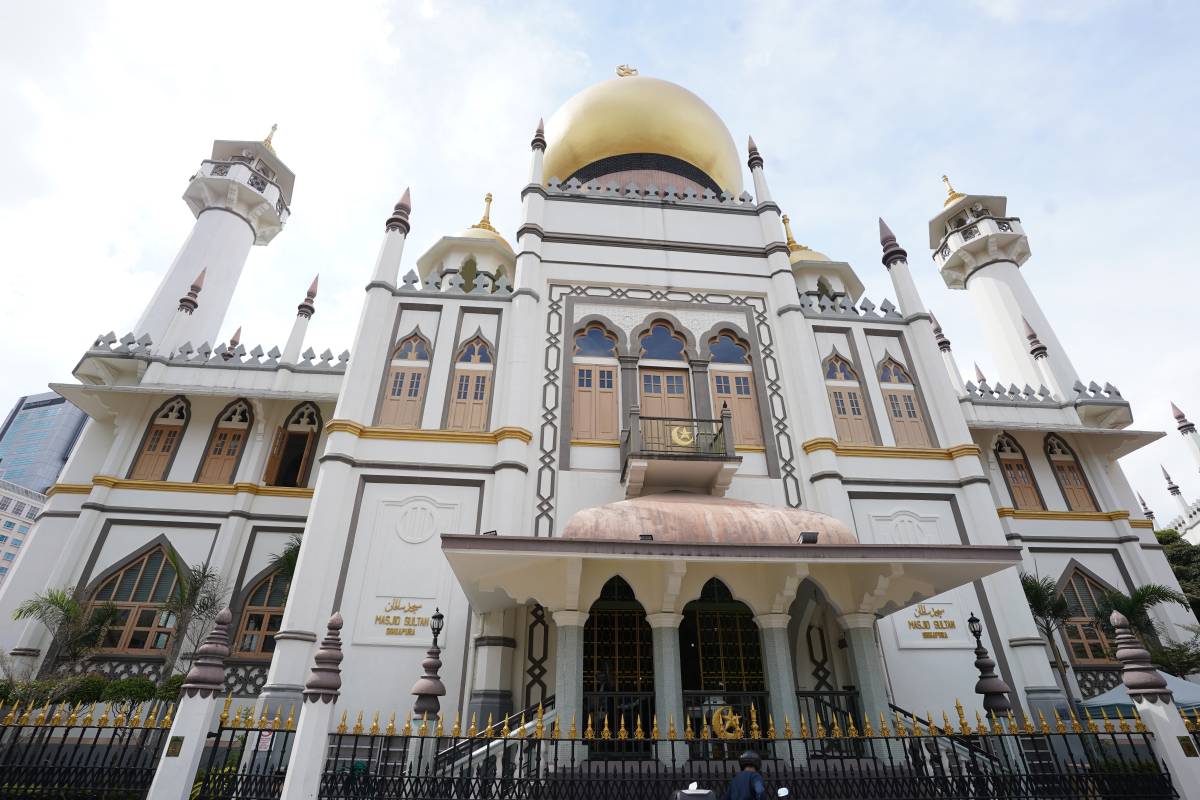 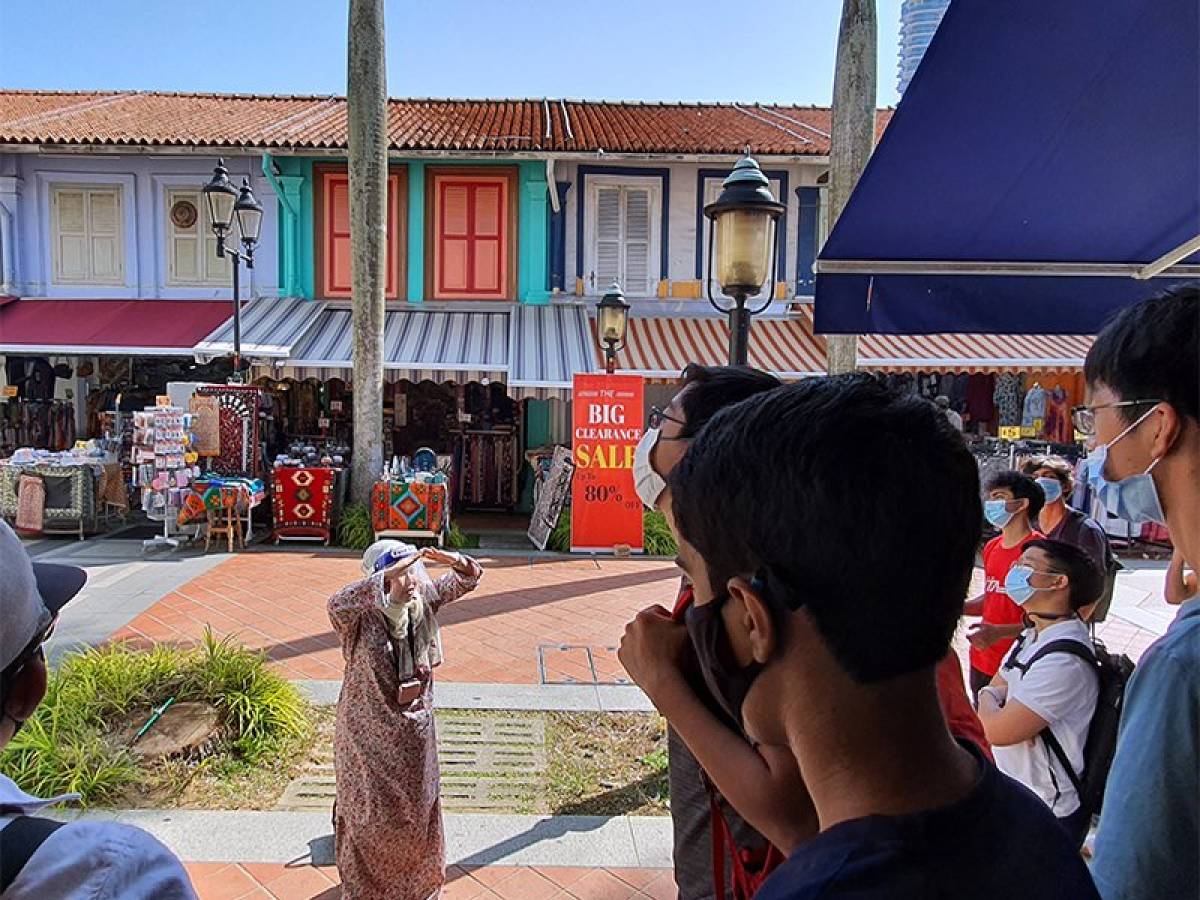 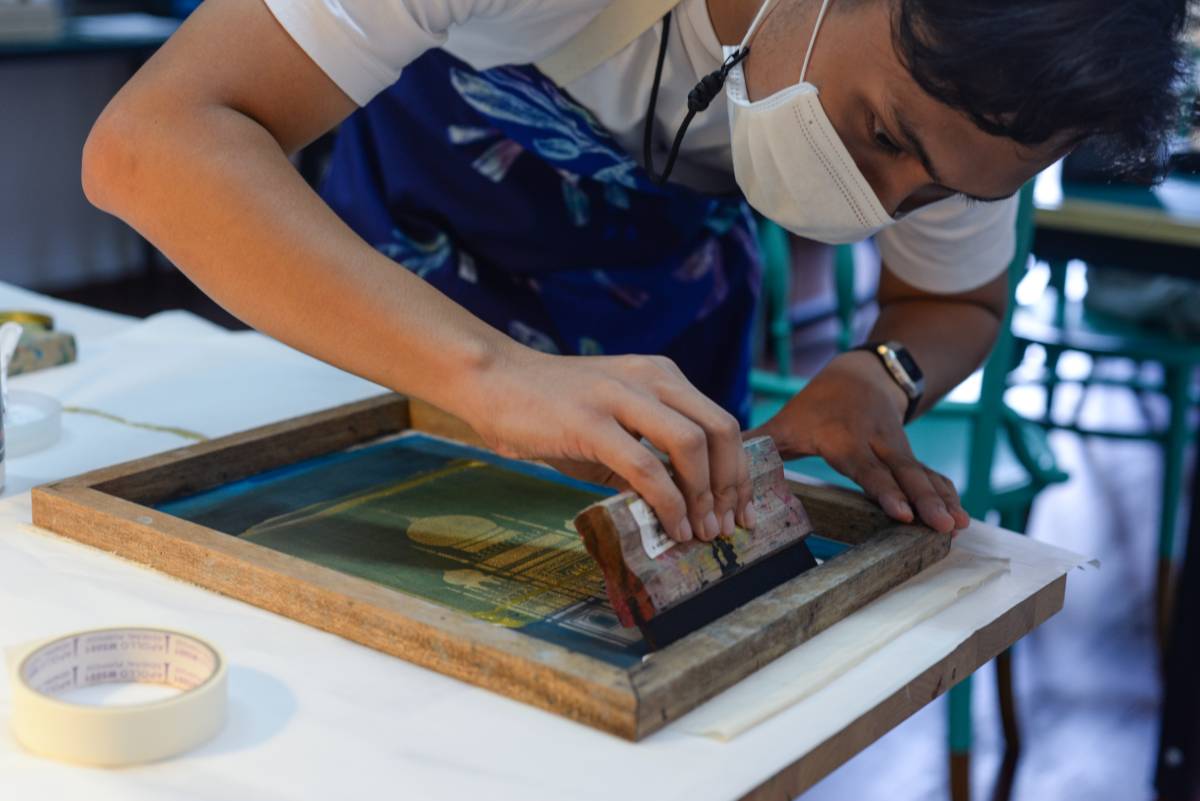 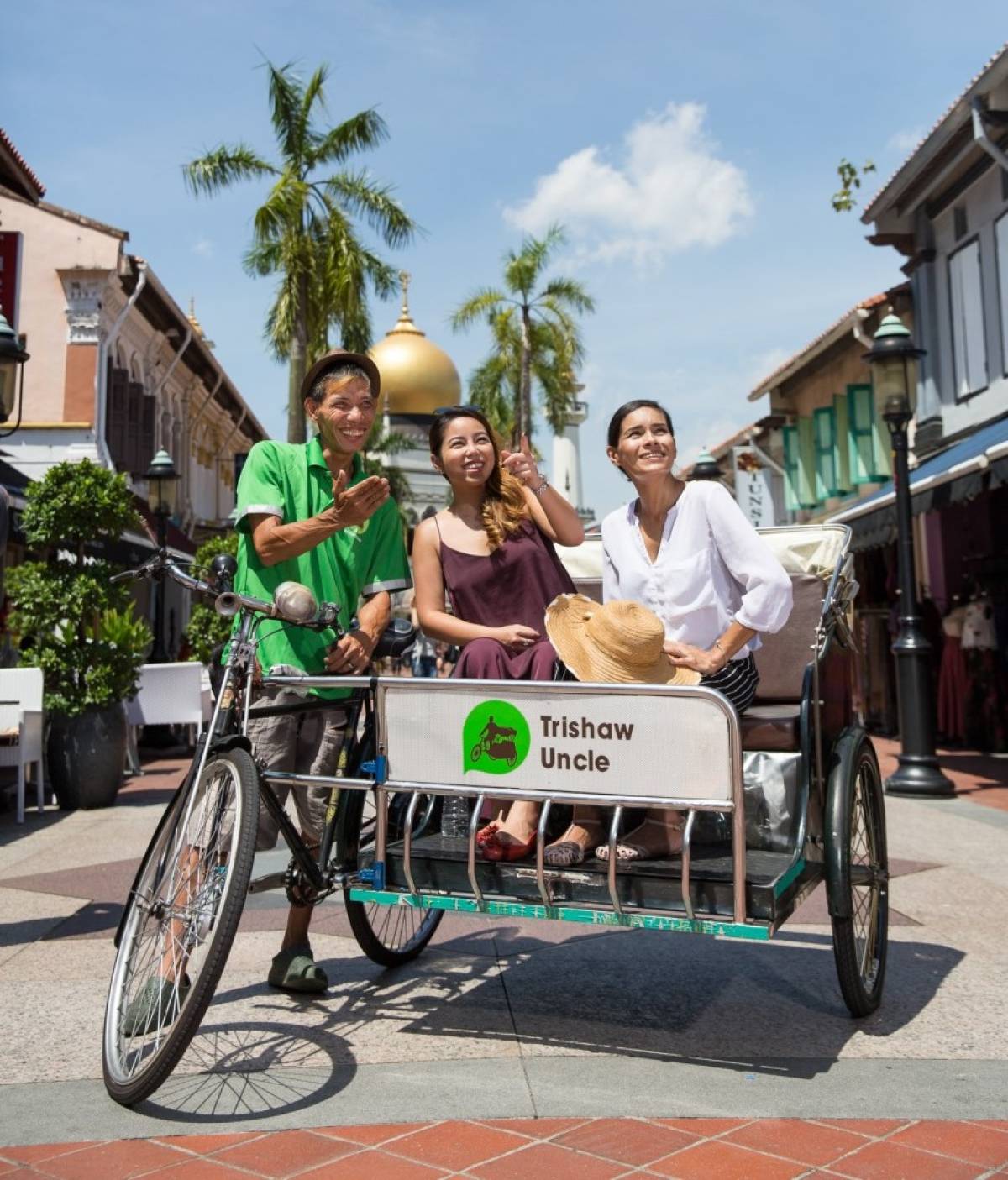 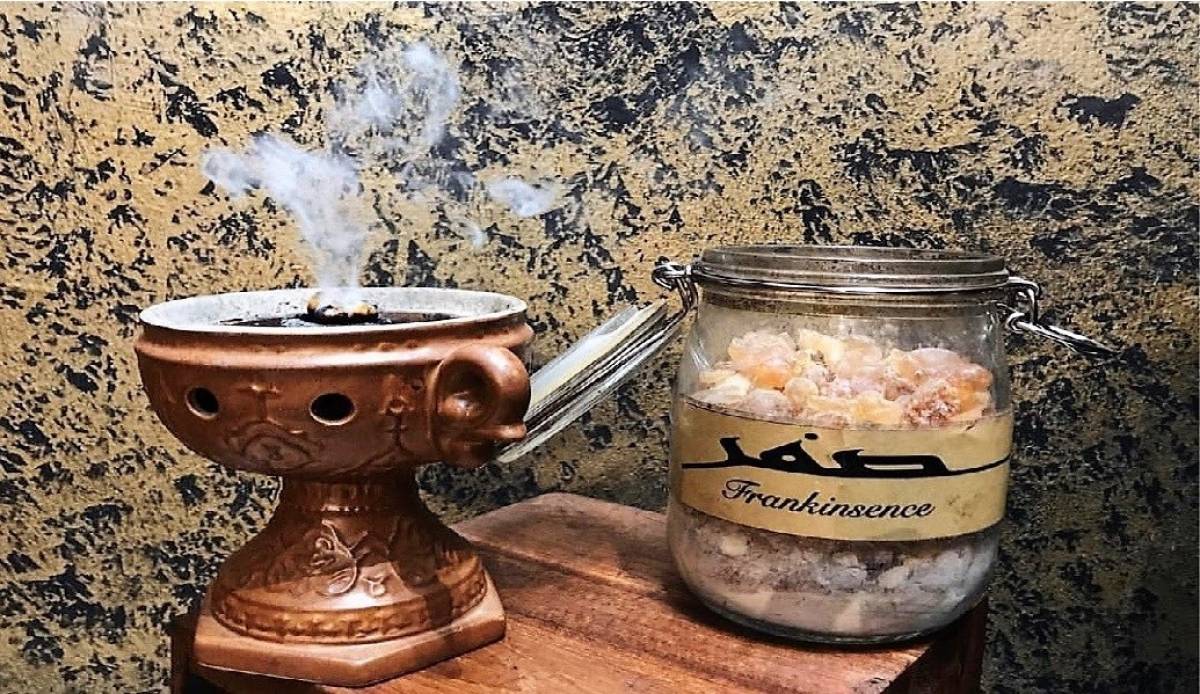 (Singapore, 30 March 2022) From 1 April to 8 May 2022, Kampong Gelam is shining the light of love to hearts everywhere with Cinta Cahaya Ramadan (“Ramadan Light of Love”). It is part of the precinct’s year-long #BagiUp campaign, which calls on visitors to engage with Kampong Gelam's uplifting heritage and to expect the unexpected at every turn of its streets.

Led by One Kampong Gelam, the association representing and supporting the interests of businesses in the precinct, Cinta Cahaya Ramadan presents an exciting daily programming over the course of five weeks run by volunteers by businesses in the community. Visitors can look forward to activities in the neighbourhood, including the return of their Ramadan bazaar since 2019, or enjoy the festivities at home over edutainment shows, music and entertainment via Visit Kampong Gelam’s virtual channels.

The Significance of Kampong Gelam in Singapore During Ramadan

Originally settled by Malay sultans in the 1820s, Kampong Gelam eventually became home to people of different races and religions, with the ebb and flow of immigration in the 19th and 20th century. It was gazetted as a conservation area in 1989 in recognition of its rich heritage and culture.

For the uninitiated, Ramadan is observed by Muslims worldwide. Marked by a month of fasting, prayer, and reflection, it is also a time of observance that instils self-discipline, self-control, sacrifice, and empathy for those who are less fortunate.

“Cahaya” means light; symbolizing a bright beacon that illuminates Kampong Gelam and the spirit of Ramadan - a month where Muslims around the world observe fasting, faithful discipline and spiritual intention,” says Mr Mohammad Zaki Ma'arof, Chairman of One Kampong Gelam. “We hope that in this month, we will be able to uphold existing traditions, historical footprints and cultural values, whilst strengthening social resilience and that community ‘kampong’ spirit.”

Developed over the years through the perspective of redefining its past with the future, Kampong Gelam routinely celebrates the best of both worlds. For Cinta Cahaya Ramadan, they’re bringing back the wonder of 1960s Kampong Gelam, when the area was a popular spot for catching performances like wayang kulit and ketoprak.

With Light of Gelam, project mapping and intelligent lighting will once again be employed on the facade of the Sultan Mosque. The light show commences twice nightly, sure to be stunning with its original onion shaped gold domes. Supported by Epson Singapore, crystal lights will also be installed along the national monument’s structure’s outline, showing off the famous silhouette at night.

The quintessential Ramadan bazaar has also returned in the form of an Arabian-inspired Walk Thru Souq on Kandahar Street. Featuring more than 20 stalls across three zones, the bazaar is presented in collaboration with Laloolalang, a homegrown organisation that champions local entrepreneurship and community building. The soukh is further supported by Lazada, who will be aiding participating merchants to jumpstart their digitalisation journey.

Expect vendors to sell food and beverages that visitors can grab and go.

Kampong Gelam will also be offering exclusive Ramadan discovery tours and workshops, such as Trishaw Uncle’s three-wheeler introduction to the area - Singapore’s one and only trishaw tour approved by Singapore Tourism Board, and the world’s first vintage Vespa sidecar tour by Singapore Sidecars. Hands-on workshops honour the historic trades and businesses in the neighbourhood, like perfume making with SIFR Aromatics and leather crafting with Crafune.

Get in on the festivities from the comfort of home with Bunda Bedah & Mak Temah on their 360° virtual walkabout around Kampong Gelam, capturing the highlights of Ramadan. Feel nostalgic with “live” performances on YouTube, reminiscent of street buskers that used to line the streets, or e-learn kueh-making from Chef Mel Dean.

Catch some laughs by tuning in to the return of Siti Sally & Samad (featuring Singaporean comedian and actor Suhaimi Yusof) on their Kampong Gelam adventures as the duo take you to their best shopping spots.