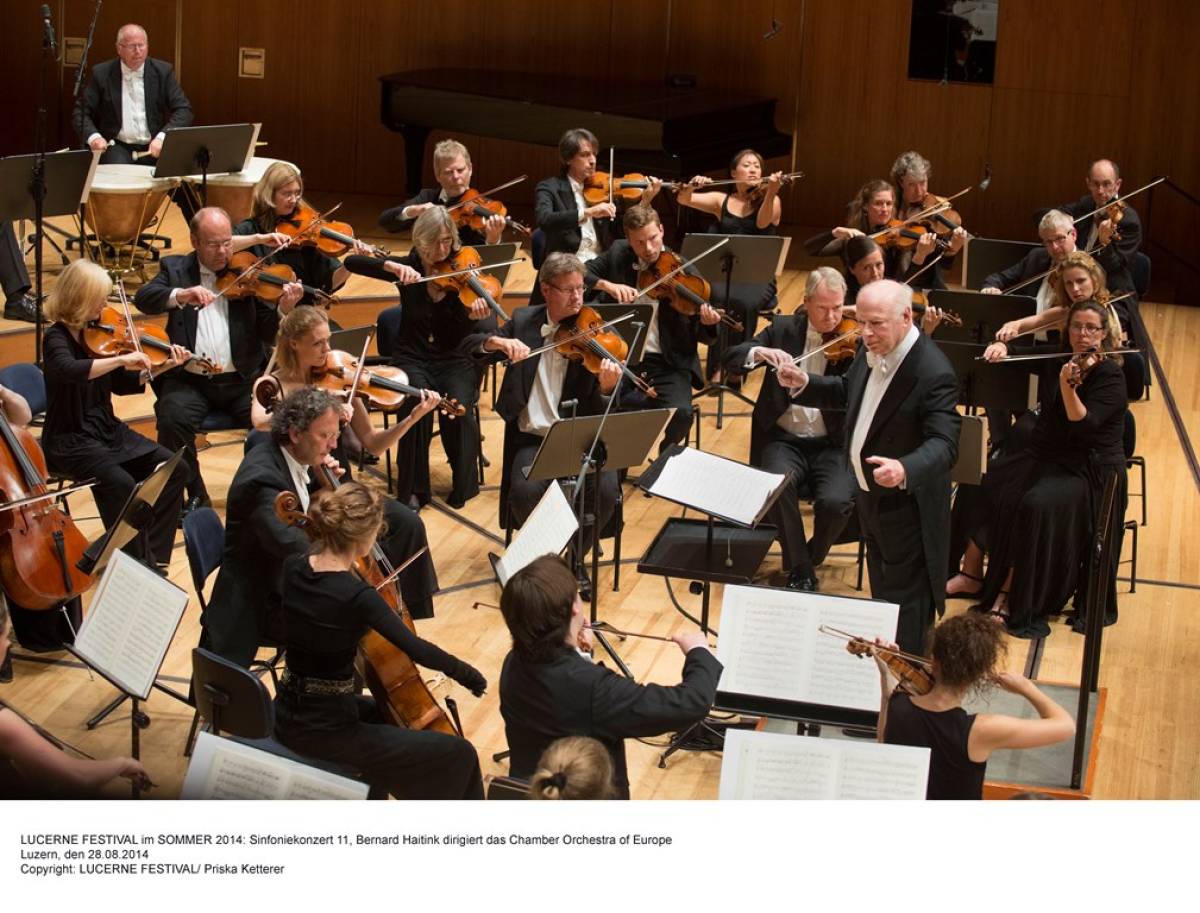 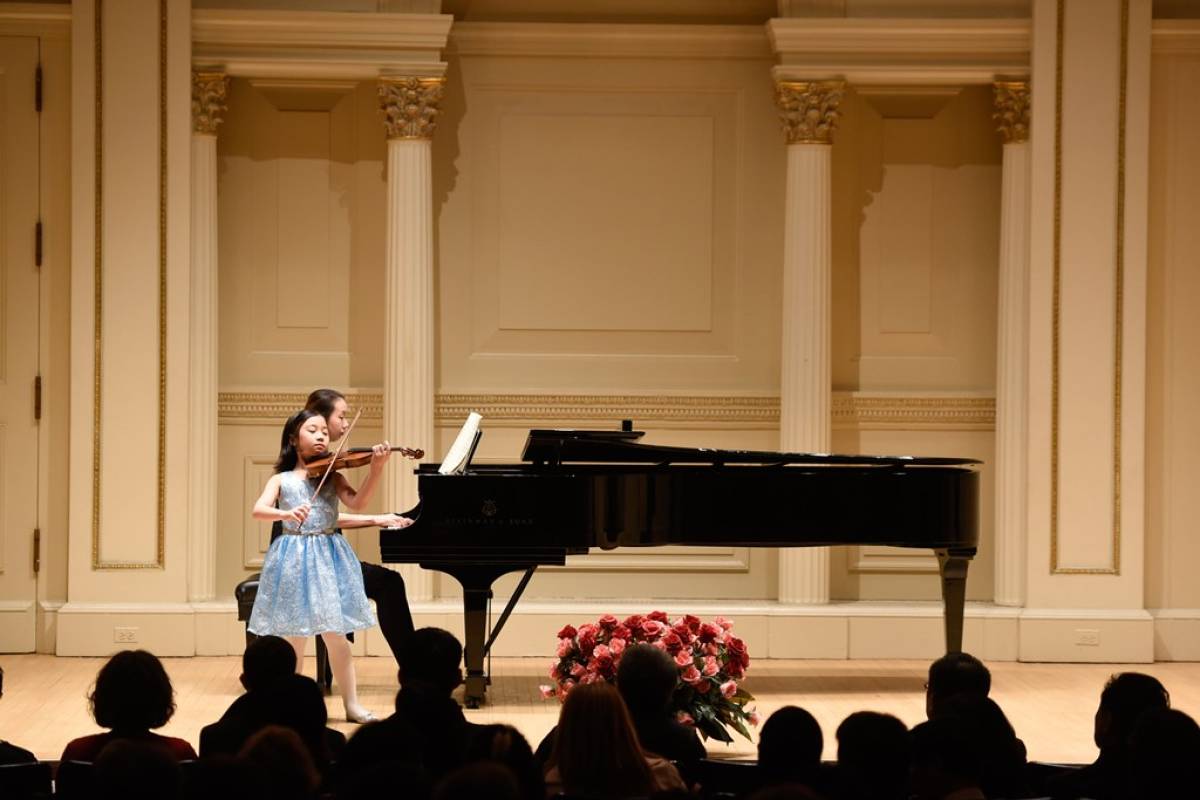 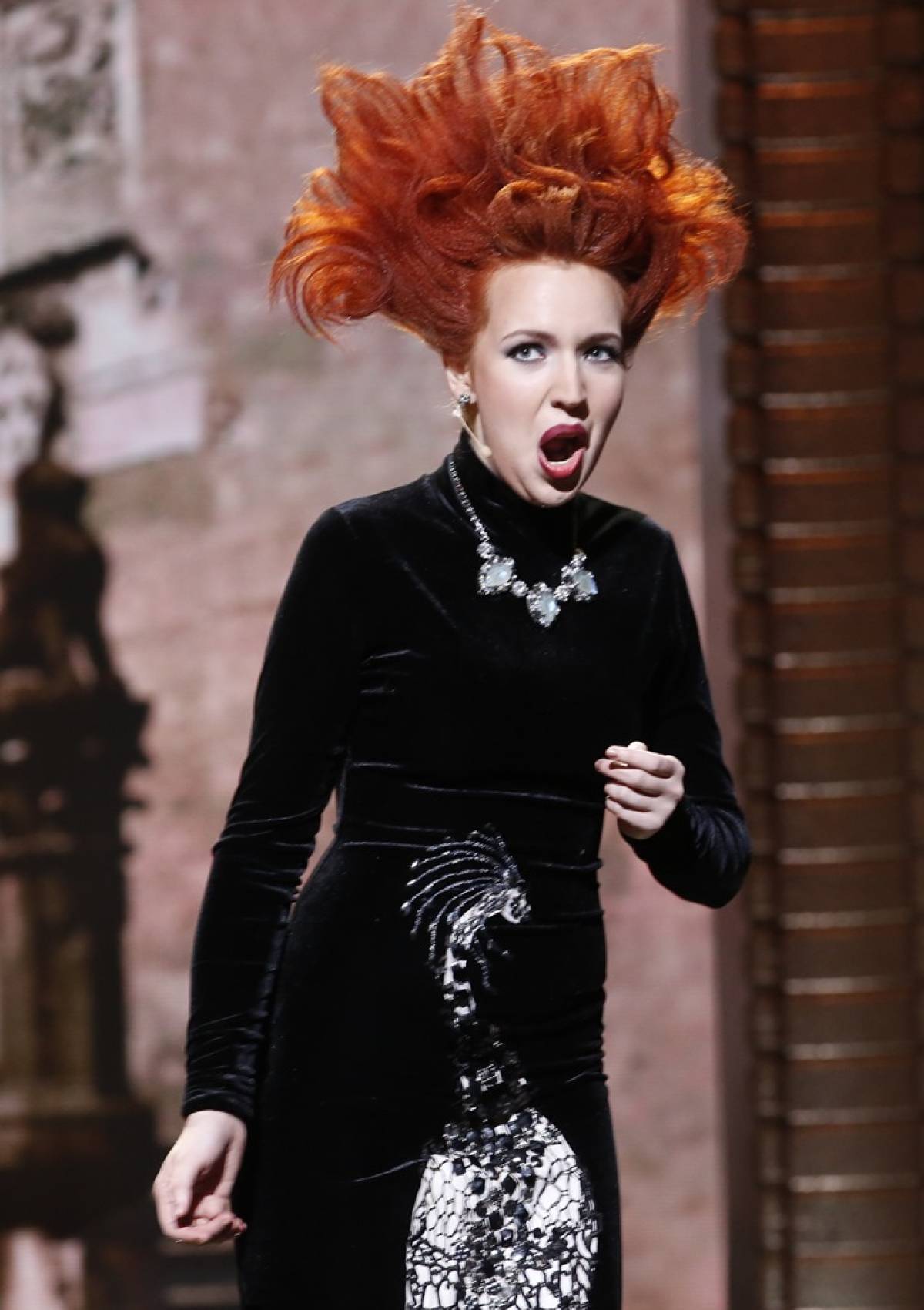 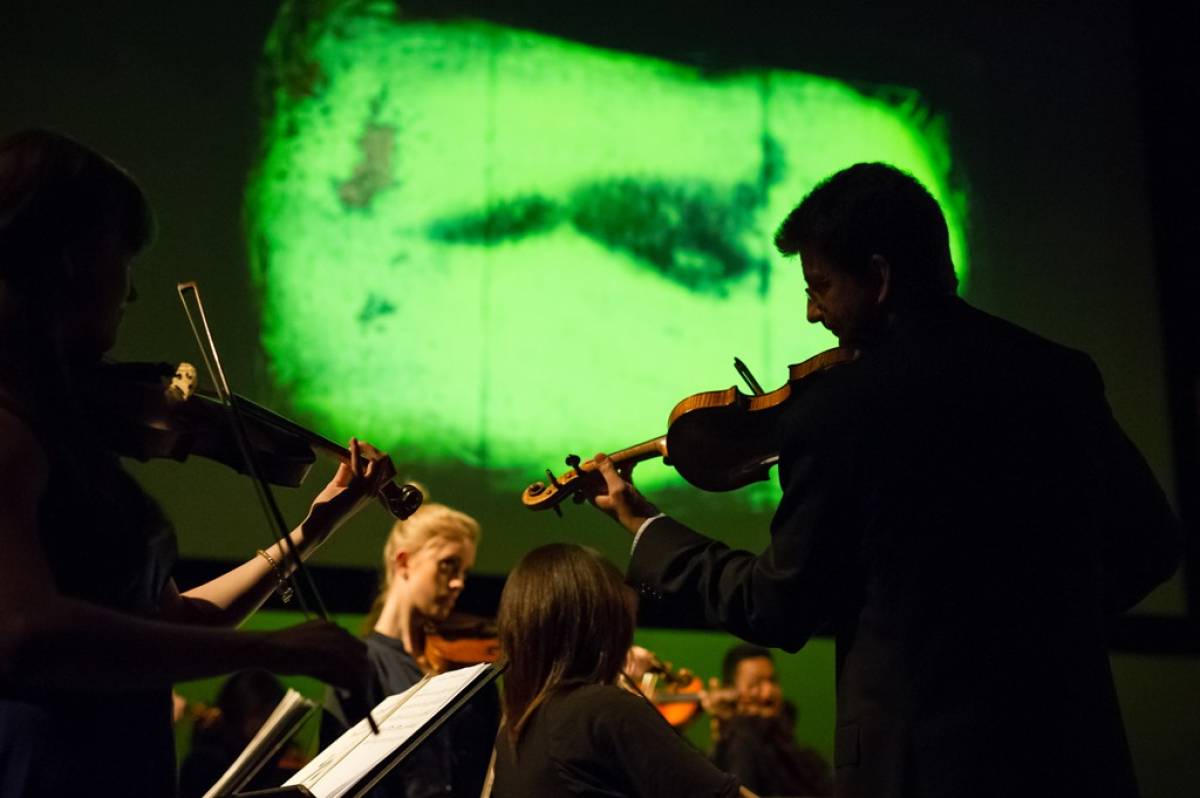 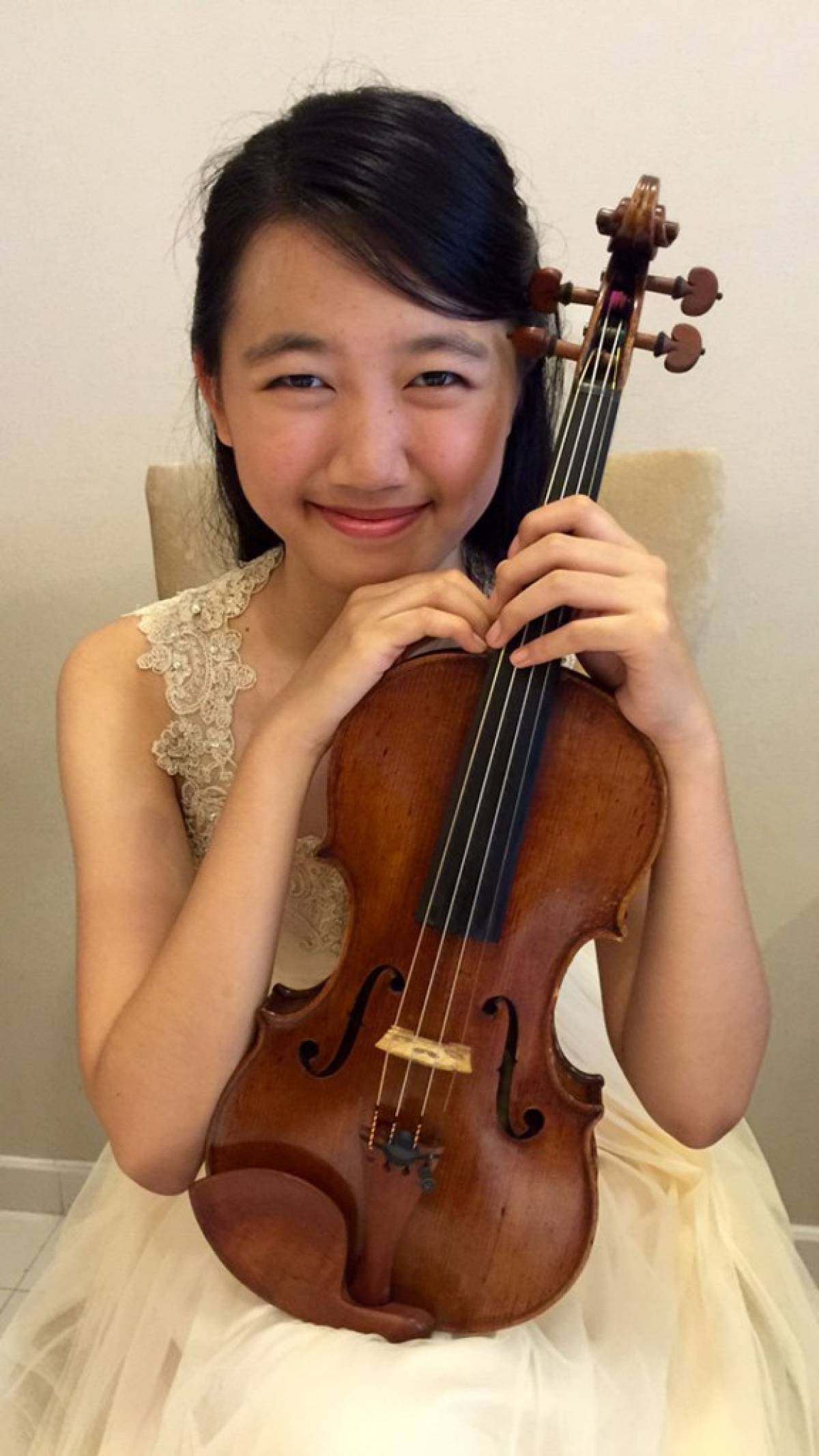 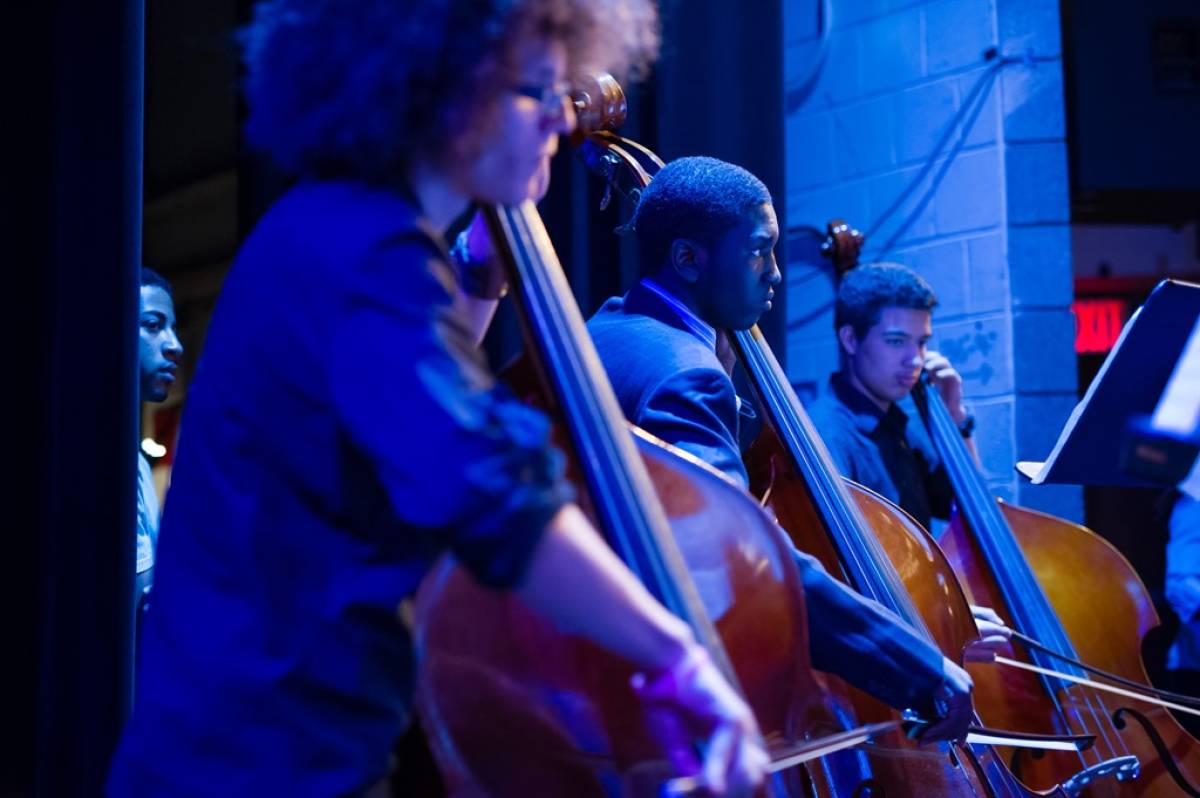 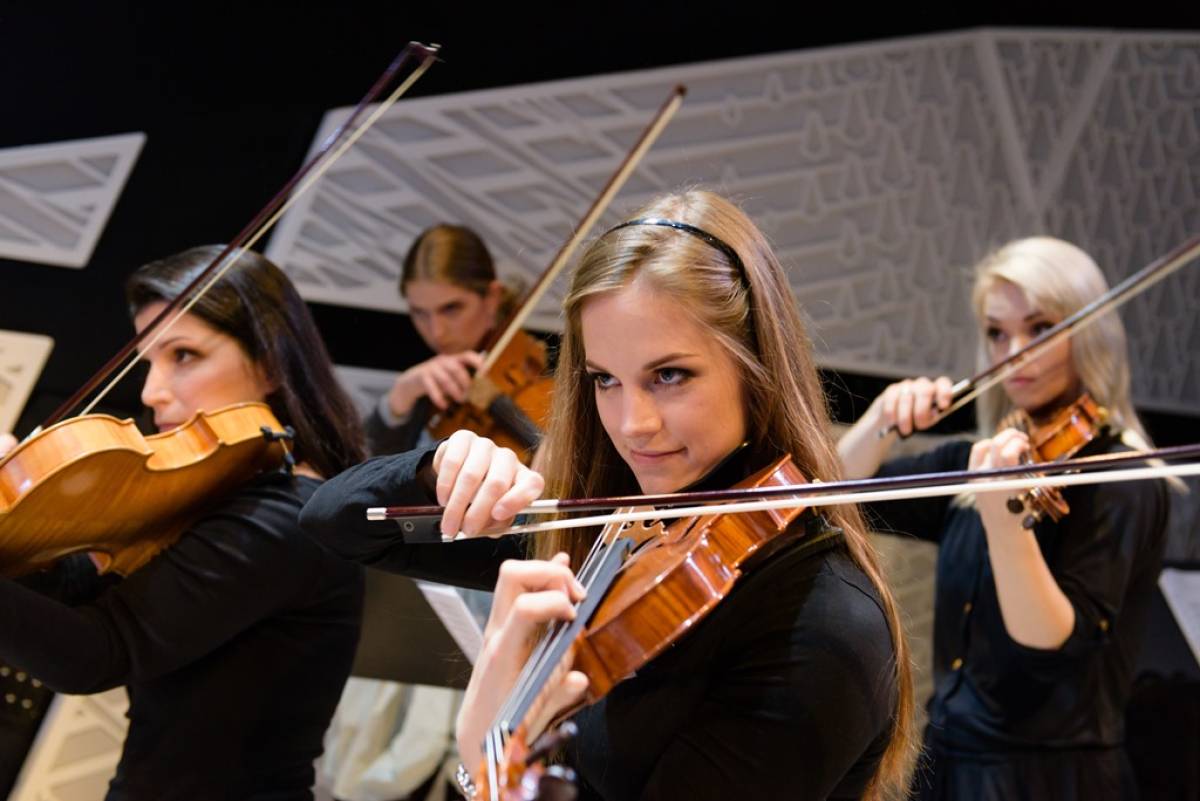 SINGAPORE: 17 AUGUST 2016 - SIFOM Ltd in collaboration with Arts House Ltd and OperaViva Ltd presents Singapore International Festival of Music (SIFOM). Singapore’s first-ever classical music festival, SIFOM is back for a secyear and it promises to be even more spellbinding. This year’s theme is “Myths and Legends” and the Festival seeks to explore invigorating programmes of evocative classical music inspired by folklore and fairy tales. The Festival will kick off with free public outreach programmes from 13 October to 30 October and masterclasses. It will culminate in a series of ticketed orchestral, musical theatre and vocal concerts that will run from 13 to 23 October.

SIFOM 2016 brings together the finest young musicians of Singapore. These musicians include the Festival’s own orchestra (SIFOM Orchestra), SIFOM Ensemble and Ding Yi Music Company – representing the country’s best young musicians, alongside internationally acclaimed guests from the Chamber Orchestra of Europe (COE) – recognised as the world’s finest chamber orchestra.

SIFOM aims to place Singapore on the world map of classical music capitals and bring new audiences to concert halls.  “The Singaporean brand is undoubtedly an international one. By establishing Singapore as the centre of classical music in the region, SIFOM hopes to further cement Singapore’s global reputation as a major cultural hub,” said internationally-renowned Grammy-nominated Singaporean Conductor, Darrell Ang, SIFOM’s Artistic Director. The Festival will open with a full symphonic concert featuring the resident festival orchestra SIFOM Orchestra side-by-side with members of the legendary Chamber Orchestra of Europe (COE), under the baton of Maestro Darrell Ang. Recognised as the world's best chamber orchestra, COE comprises Europe’s stellar musicians who have worked closely with celebrated legends such as Claudio Abbado, Bernard Haitink, Nikolaus Harnoncourt, Vladimir Jurowski, Yannick Nézet-Séguin and Sir András Schiff. COE was Cultural Ambassador for the European Union (EU) from 2007 to 2013. At SIFOM, COE will present an imaginary story told through French composer Maurice Ravel's ravishing orchestration of tales from Mother Goose. Bask in the sensuousness music of Sleeping Beauty, the tearful meanderings of wandering Tom Thumb, the oriental gaiety of the Princess of the Pagodas, Beauty and the Beast's bizarre but touching discourse; and The Fairy Garden's lush, flowery paradise.

Two international, young opera stars from the Musical Olympus Foundation will take centre-stage on 13 and 15 October with their favourite showpieces. Chinese bass-baritone Li Ao (winner of Placido Domingo's Operalia competition) plays the devil Mephistopheles in a famous aria from Gounod's beloved opera Faust, in which he advises a woman to remain chaste until marriage. Vasilisa Berzhanskaya, from Moscow's famous Bolshoi Theatre, will sing Cinderella's closing aria from Rossini's opera on the fairy tale: now married to the Prince, Cinderella seeks pardon for her evil relatives who have done her wrong.

Maverick violinist, Aleksey Semenenko, who bagged the silver medal at the recent Queen Elisabeth Competition, promises to set the stage on fire from Sarasate's beloved Carmen Fantasy. Semenenko will also start his evening concert on 13 October with a pre-concert recital featuring music inspired by legends. Lastly, be spellbound by Russian composer Nikolai Rimsky-Korsakov's powerful symphonic retelling of the colourful adventures of Sindbad the Sailor and the 1001 Arabian Nights: his Scheherazade is full of unforgettable tunes which will leave you dreaming of flying carpets and magic lamps! A story of good triumphing over evil, the story of Ikan Girl reminds one of patience and kindness and the perils of engaging in evil deeds especially the mistreatment of a fellow being. Inspired by a Malay ancient poem known as the Syair Bidasari, this story is a multidisciplinary performance that incorporates movement vocabulary from Malay dance, bharatanatyam and contemporary dance genres and featuring original music composed by Syafiqah Adha Sallehin. The music will be performed ‘live’ by classical and traditional musicians. Syafiqah is Artist-in-Residence at the 2nd Singapore International Festival of Music 2016. Percussionist extraordinaire Ramu Thiruyanam will also make a special appearance. On 19 October, be awed by the sheer talent of the SIFOM Young Composers, who have created their own musical pieces in New Music in a Mythic Landscape, inspired by Singapore’s scenery and features. Watch as our young Orchestra musicians breathe life into these compositions. Baroque meets electronic music on 13 October – Hamburg baroque orchestra Elbipolis synthesises this seemingly impossible combination in an experimental concert series. Get ready to hear Tim Exile’s and Brezel Göring’s music in a refreshing style, blurring the lines between a formal concert setting and a club atmosphere.

“Classical music should not limit itself to the confines of a concert hall. By bringing it to the heartlands, we hope to promote classical music as an accessible art-form, and to nurture a new generation of listeners to classical music today,” said Ang. SIFOM is delighted to share the joy of classical music to the Singapore community. Through its Outreach Programmes, SIFOM musicians will bring excerpts of the main programmes – such as Ravel’s Mother Goose Suite (illustrating fairytale favourites like Sleeping Beauty and Beauty and the Beast) – to various community venues in the heartlands, in parks and malls, at libraries and schools.

With the aim to encourage nationwide appreciation of classical music, SIFOM will collaborate with Sentire Singapore on a music-centric programme for special-needs children. By engaging these children through music, SIFOM composers and musicians will share some simple melodies and composition styles. Through the interaction, the children will learn to express themselves and develop their artistic capabilities. Some of the students will be given the opportunity to experience their music performed ‘live’ at The Arts House on 19 October. About Singapore International Festival of Music

The Singapore International Festival of Music (SIFOM) is Singapore’s first classical music festival that celebrates classical music of today. Artsitic Director, Darrell Ang overlooks the programming and curation process of the Festival which aims to identify and promote local musicians, invigorate the concert-going experience for Singaporeans and develop new markets and audiences. Inaugurated in 2015, SIFOM marks Singapore on the world map of classical music capitals and cements her reputation as the centre of classical music in the region. Transcending beyond languages, music unifies. From world-class performances by our talents and alongside internationally-renowned musicians of our time, SIFOM brings people together through music. SIFOM believes in mentoring and developing Singapore’s pool of talents and the industry. Several of the musicians who have worked with legendary musicians and conductors give back to society through mentorships and interactions with the youths.

Occupying the almost 200-year-old building that was Singapore’s first Parliament House, The Arts House has played an active role in the Singapore arts and creative scene. The House promotes and presents multidisciplinary programmes and festivals such as literary arts, film, performing and visual arts.

OperaViva is a small opera company which seeks to develop a unique style of presenting opera in Singapore.  We do this by working with a broad cross-section of Singapore's arts community in a way which will make our offerings distinctive and different, while maintaining the highest standards of artistic quality.

Run by a Board who are passionate about making a difference in the arts world, we also seek to work with international opera experts to develop our capabilities.  But at the same time we endeavour to show what Singapore can offer to the global opera community as we re-examine and present the repertoire from our fresh Asian perspective.

Look Forward to the World of Nam June Paik at National ...

September & October '21 activities at the Asian ...