Into the Wild: An Immersive Virtual Adventure

A collaboration with Google, Lenovo and WWF 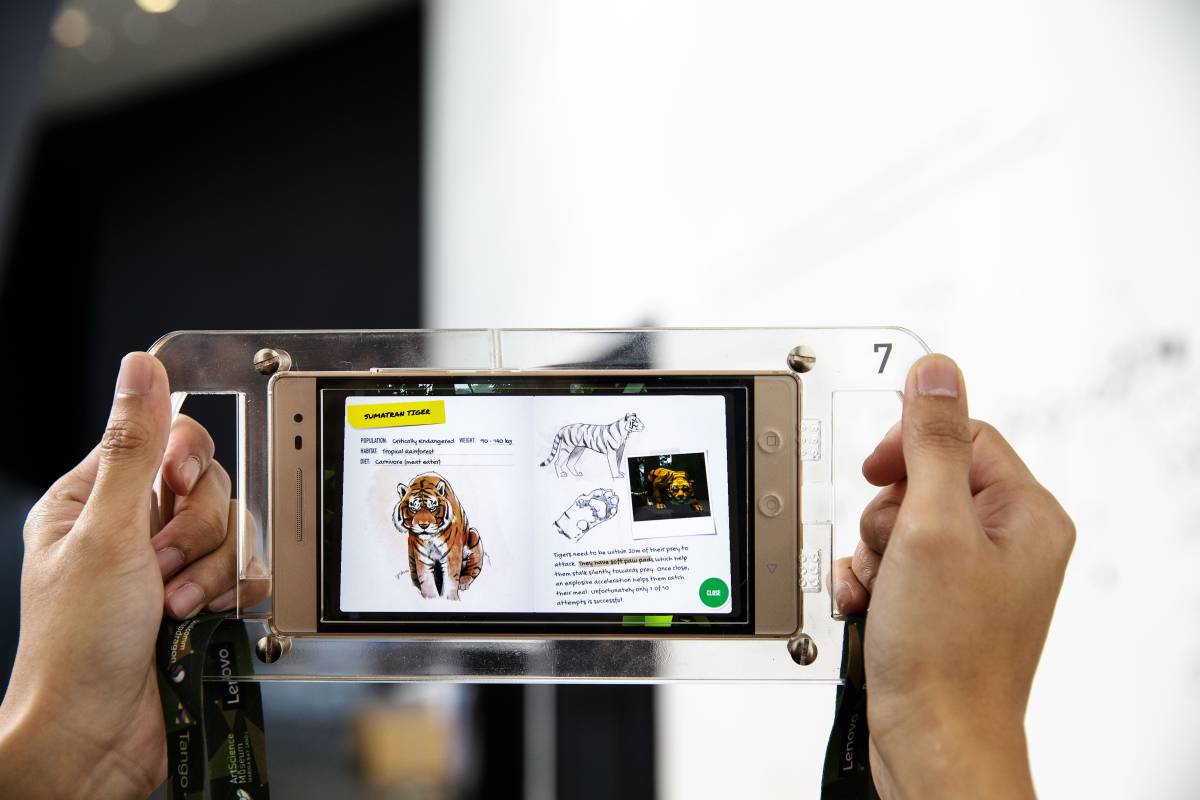 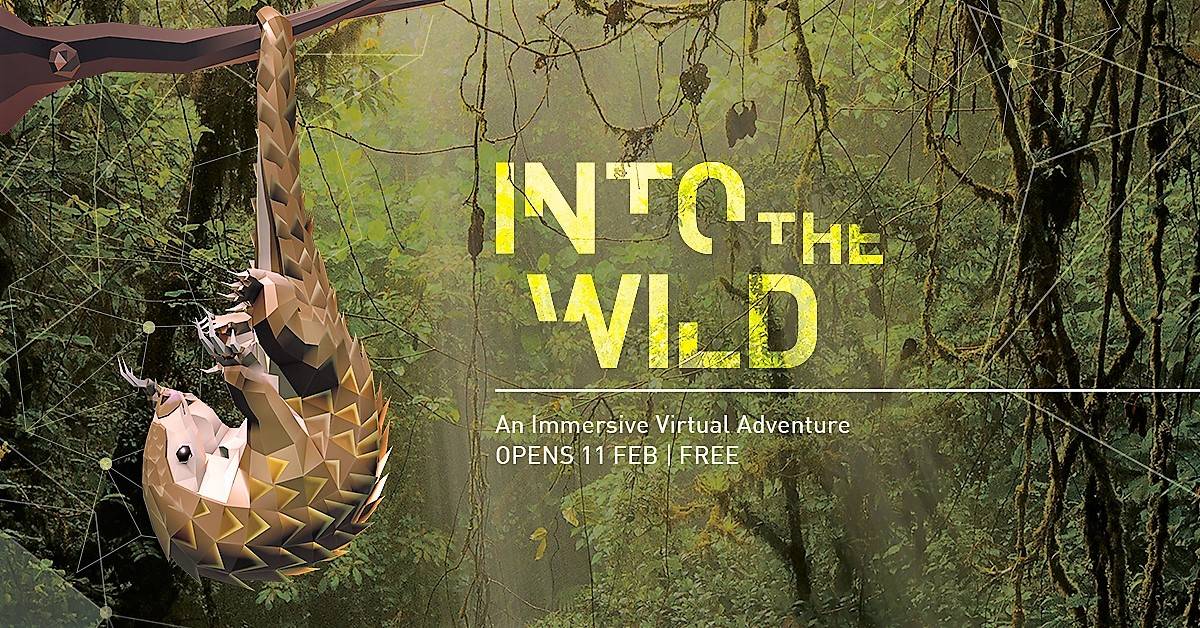 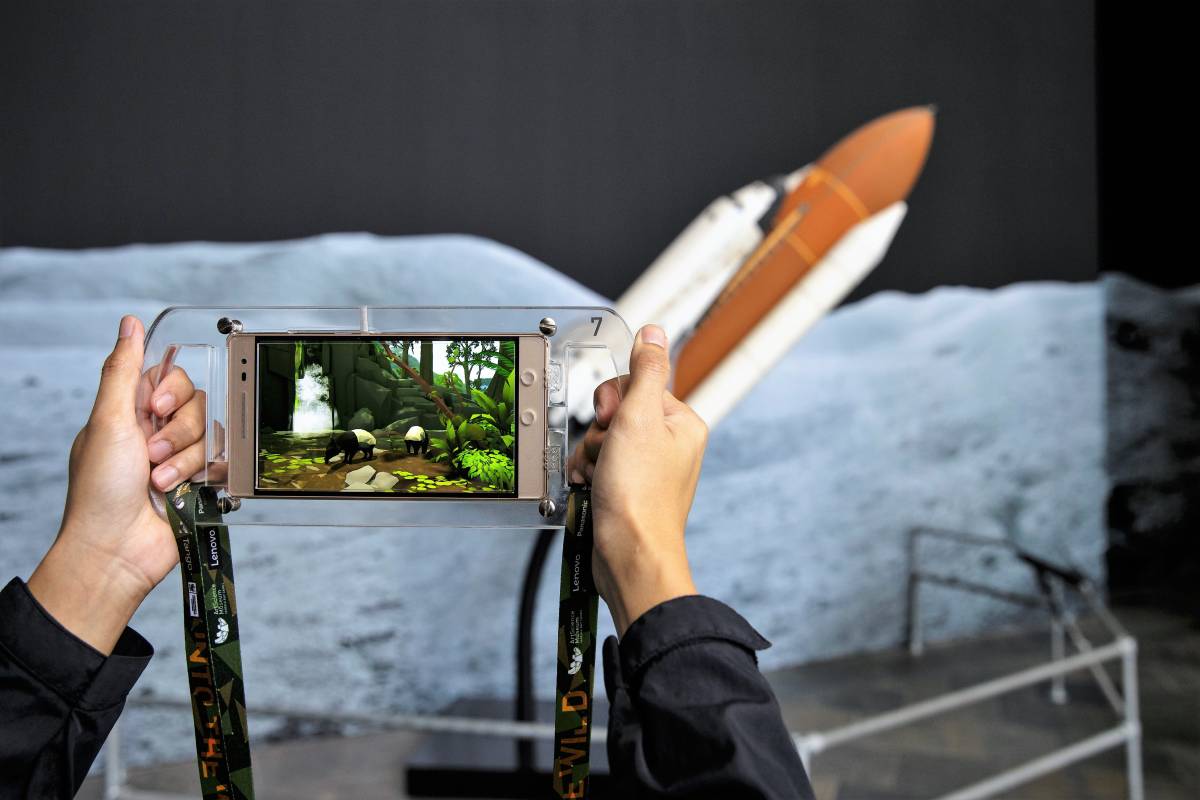 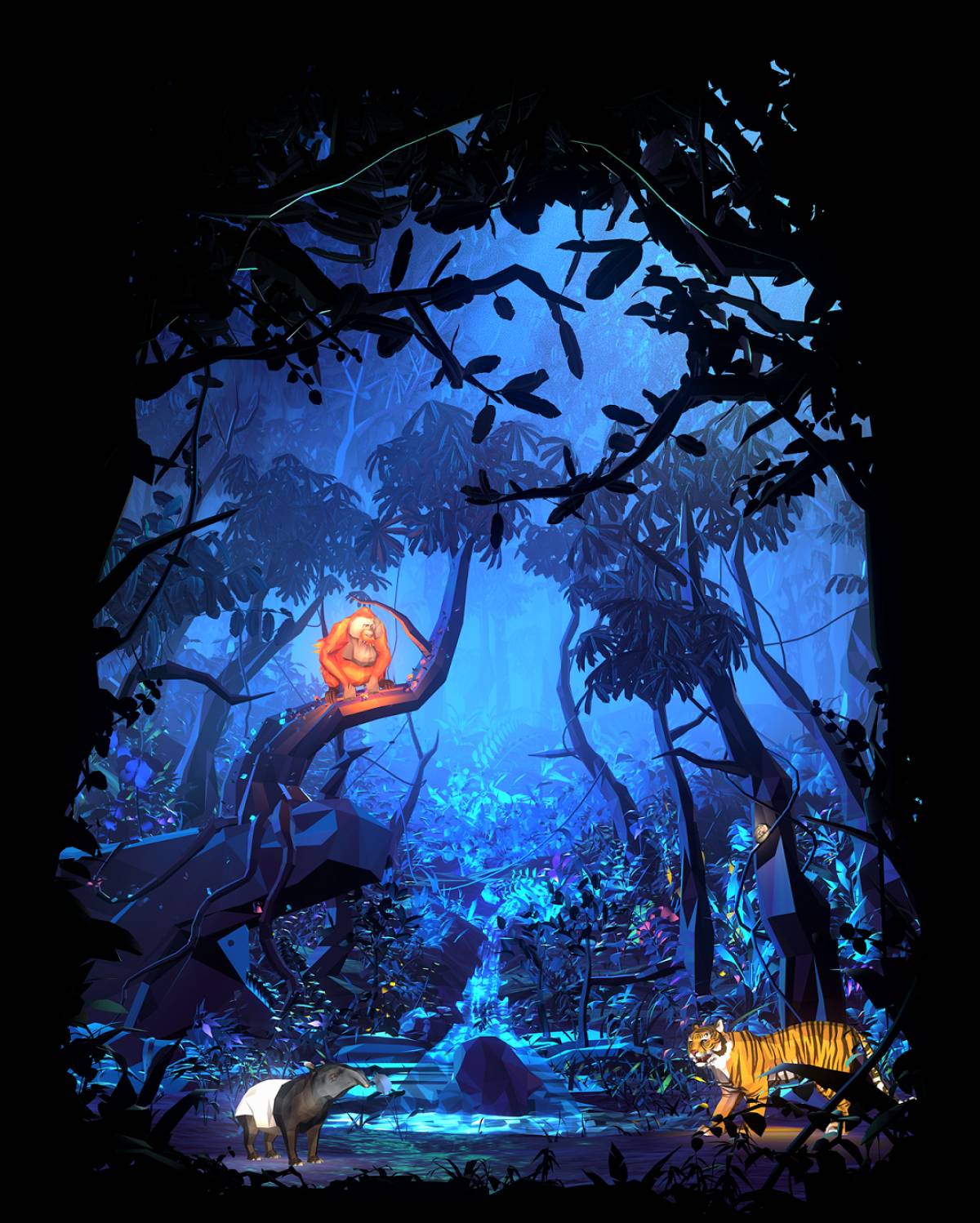 From 11 February, ArtScience Museum visitors will be able to effect real-world change through interactive technology at the museum’s latest permanent development, Into the Wild: An Immersive Virtual Adventure.

Built in collaboration with Google, Lenovo, WWF and Singapore artist, Brian Gothong Tan, in association with Panasonic and Qualcomm, Into the Wild transforms over 1,000 square metres of ArtScience Museum's public spaces into a virtual rainforest, explored using a smartphone device. The virtual adventure becomes a reality, when visitors take an active role in replanting the rainforests of Southeast Asia. For every virtual tree planted, and accompanied with a pledge to WWF, a real tree will be planted in a rainforest in Indonesia. Into the Wild begins at ArtScience Museum’s Basement 2. Using Lenovo's Phab 2 Pro, the world’s first Tango-enabled smartphone, powered by the Qualcomm® Snapdragon™652, platform visitors will step into the role of a ranger and embark on a virtual reality adventure. This experience is made possible by Tango’s area learning, depth sensing, and motion tracking capabilities. Immersed in a lush digital world, visitors will encounter some of the key inhabitants of the Southeast Asian rainforest and learn about the imminent dangers they face. They observe animals in their natural habitat and take action to defend the natural environment from destruction. The adventure leads visitors around the museum and up to Level 4, where their actions will help restore the rainforest of Southeast Asia. When visitors plant a virtual tree and accompany it with a pledge to WWF, a tree will be planted in Rimbang Baling - one of the last pristine rainforests in Sumatra and a vital territory for the critically endangered Sumatran tigers.

"Into the Wild is driven by a deep-seated, collective commitment to making the world a better place. Working with leaders from the world of technology and sustainability, we have created a compelling artistic experience using the Lenovo Phab 2 Pro smartphone, along with augmented reality technology, Tango. We do not just want to augment reality; we want to improve reality. Every time a visitor plants a virtual tree in our rainforest in ArtScience Museum, WWF will plant a real tree in one of the last strongholds for wildlife in the rainforests of Southeast Asia. By combining, art, science and technology, Into the Wild transcends the virtual world and makes a significant, real-world impact," said Honor Harger, Executive Director of ArtScience Museum. Into the Wild underscores the urgency of rainforest conservation in Southeast Asia, and highlights the fragility of natural habitats for animals such as pangolins, tapirs, mousedeers, orangutans and tigers.

“In a time of rampant deforestation in Southeast Asia, Into the Wild sends a critical conservation call for the growth and renewal of our natural environment. Only with collective action can we effect positive change, restore rainforest biodiversity, protect tiger habitats and transform the lives of communities and millions across West Sumatra and Riau,” said Elaine Tan, Chief Executive Officer, WWF-Singapore. Immersive film installation by Brian Gothong Tan Into the Wild culminates with a cinematic experience, directed by one of Singapore’s leading filmmakers, Brian Gothong Tan. Using state-of the-art animation and projection-mapping techniques, Tan has created a portal through which visitors pass from the virtual reality of the smartphone adventure, into an immersive, cinematic experience on a spectacular scale. Tan’s thought-provoking film depicts the fragile habitat of the five protagonists featured in the virtual adventure - pangolins, tapirs, mousedeers, orangutans and tigers.

Inspired by the work of explorer and naturalist, Alfred Russel Wallace, and Mexican mural painter, Diego Rivera, Tan's film eloquently and fluently animates the animals’ journey from creation, to destruction and rebirth. In addition to the epic projection, the installation is accompanied by six monitors, each with real-world data about the forests of Southeast Asia, and the animals that live in them.

“It was an exciting and meaningful collaboration with ArtScience Museum, WWF and Google in creating this gigantic digital mural. By immersing visitors in this animated film, I hope it brings more awareness to the richness and fragility of our region's natural heritage. It was a technical and creative challenge to project on the huge curving wall that goes up to almost 20 meters, but we managed to pull off this magnificent project with the help of Pico and a team of very talented animators from CraveFX,” said Brian Gothong Tan.

Hailed as one of Singapore’s most gifted contemporary artists, Brian Gothong Tan is known for his award-winning films, and his visually stunning spectacles at events like Singapore's National Day Parade. His films and installations have been shown in numerous festivals around the world, including Cannes Film Festival, Venice Architectural Biennale, Singapore Biennale, and Shanghai World Expo. In 2016, Singapore International Festival of the Arts commissioned Tan to create, Tropical Traumas, which also focused on the naturalist Alfred Russel Wallace. His dynamic use of multimedia has earned him Life! Theatre Awards in 2005, 2008, 2012 and 2016. He was a recipient of the Young Artist Award in 2012 and the Singapore Youth Award in 2015.

“Into the Wild is part of Lenovo’s long-term commitment to make augmented reality accessible to as many people as possible. And this is an exciting time for AR, as the Lenovo Phab 2 Pro becomes one of the most potent tools for institutions such as ArtScience Museum to increase audience engagement, allowing users to absorb content and engage in causes via an augmented experience that’s both rich and accessible,” said Khoo Hung Chuan, Cluster General Manager, Lenovo Malaysia and Singapore. “With its large 6-inch+ screen, pin-sharp QHD resolution and the indoor navigation and AR capabilities of Tango, the Phab 2 Pro is the perfect device to give Into the Wild audiences a window into the magic of the world’s endangered rainforests.”

“We are extremely excited to work with Lenovo on this highly anticipated product, the Phab 2 Pro,” said Lauren Thorpe, Senior Director, Business Development, Qualcomm Technologies, Inc. “Given the advanced technology and comprehensive design of the Qualcomm Snapdragon 652 platform, this allowed Tango to be implemented completely in software without the need for a separate co-processor. We foresee more exciting opportunities with Lenovo in the near future.”

“Into the Wild is a great platform to leverage upon the innovative display solutions that Panasonic provides. Besides Panasonic’s long history of collaboration with museums, our display and laser projection technologies are able to enhance the immersive experience of bringing forth art and technology to the audience,” said Wilfred Wee, Executive Vice President, Panasonic System Solutions Asia Pacific.

As part of the opening weekend of Into the Wild, ArtScience Museum will be organising a Conversation session, titled Open Wide Wilderness. Join speakers including Brian Gothong Tan (artist and filmmaker), Kevin Teng (Executive Director of Sustainability, Marina Bay Sands) and Sunarto (Wildlife Ecologist, WWF- Indonesia) in an engaging discussion to explore the inextricable connection between technology, art and nature.

Into the Wild is available for free to all ArtScience Museum visitors.

For more information on Into the Wild, please visit www.marinabaysands.com/ArtScienceMuseum.

Four Practitioners Recognised By NHB For Their ...