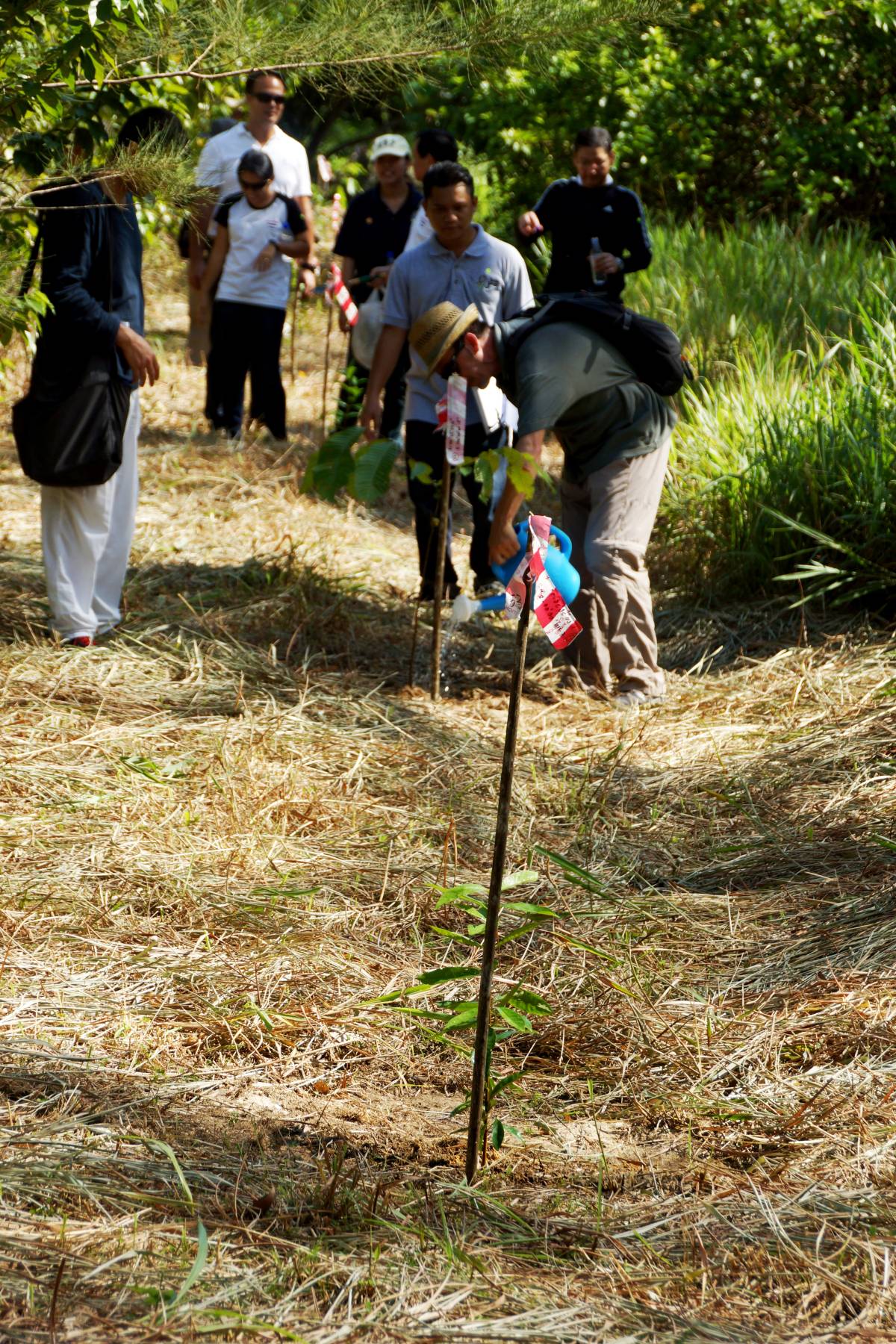 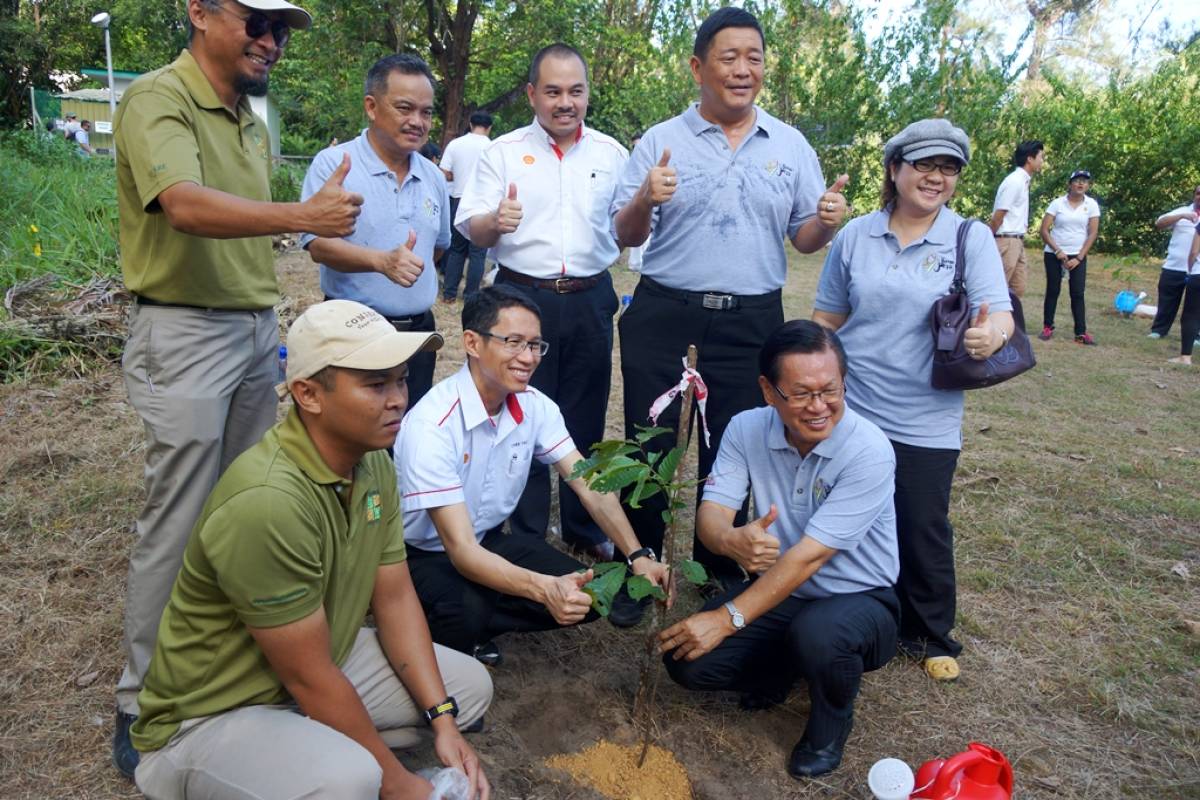 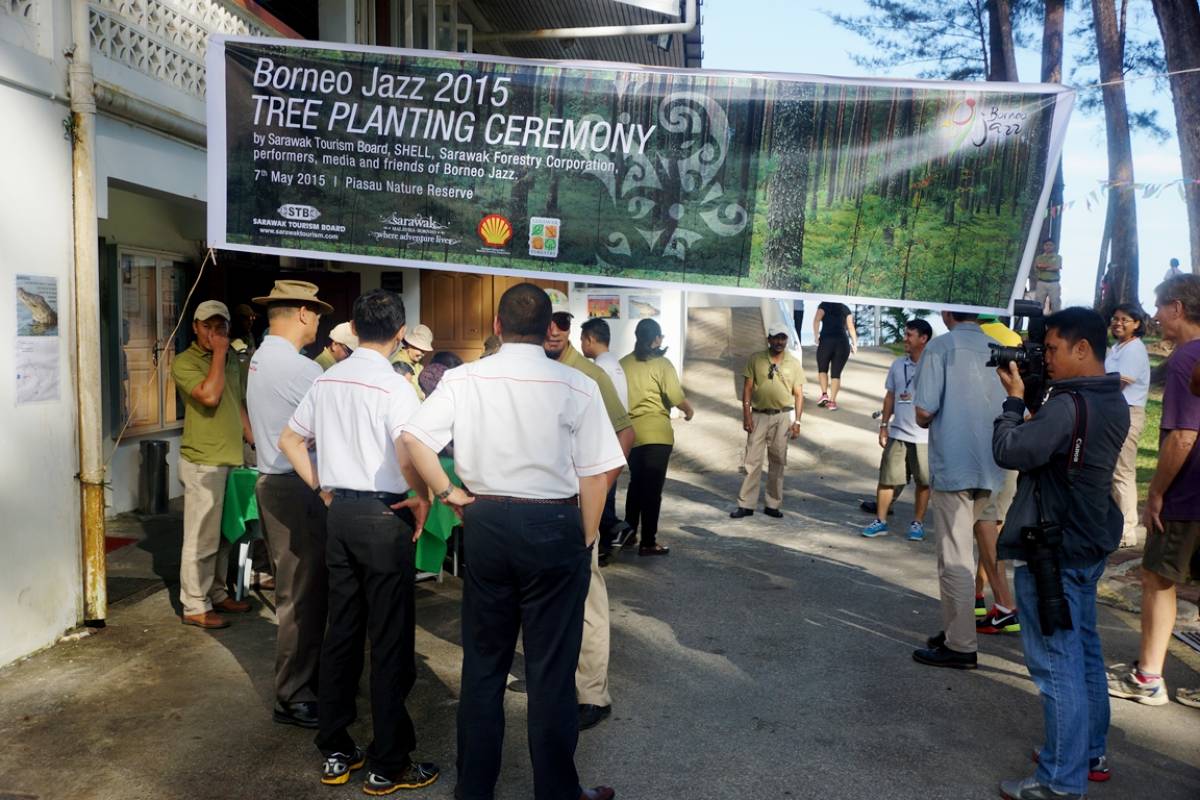 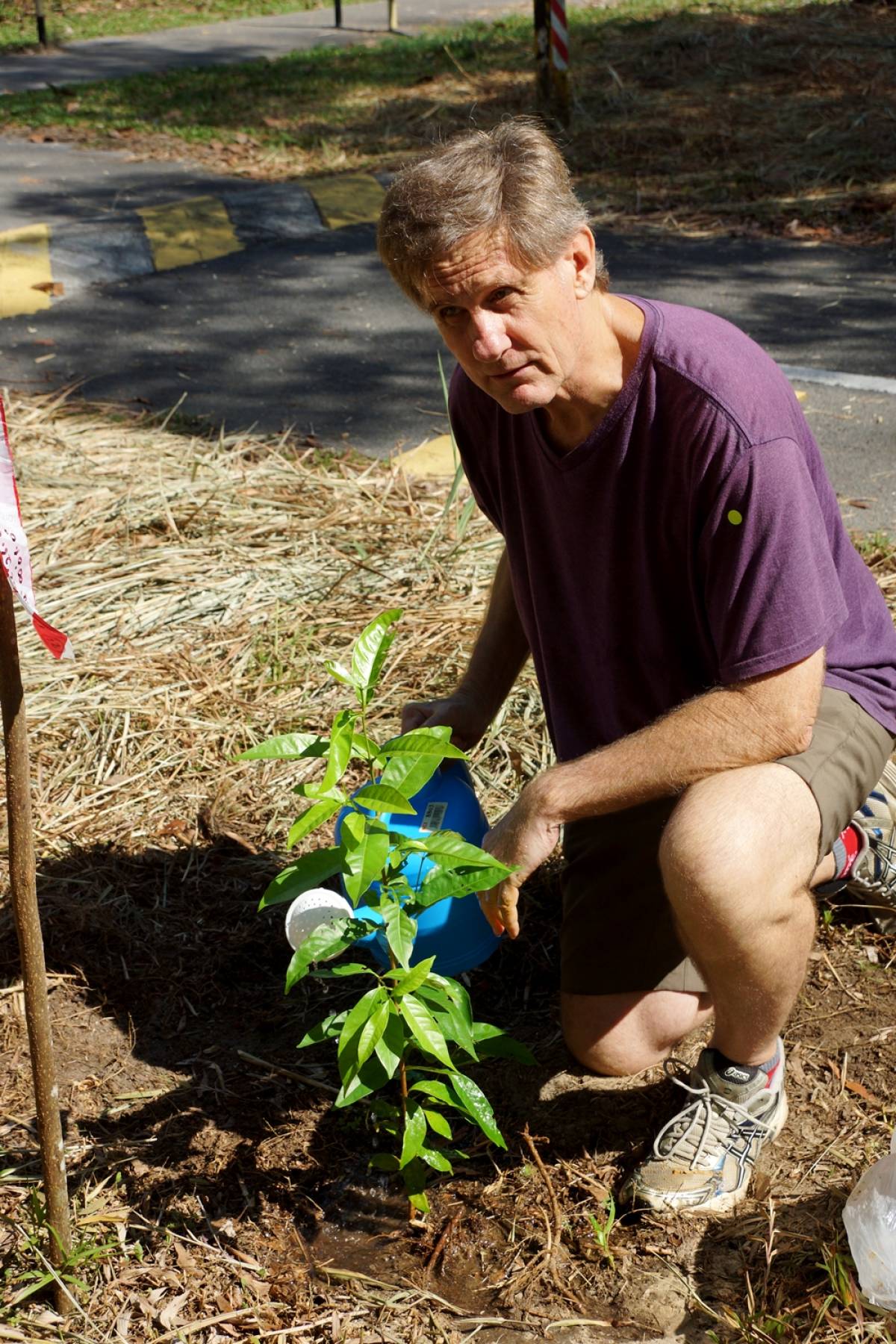 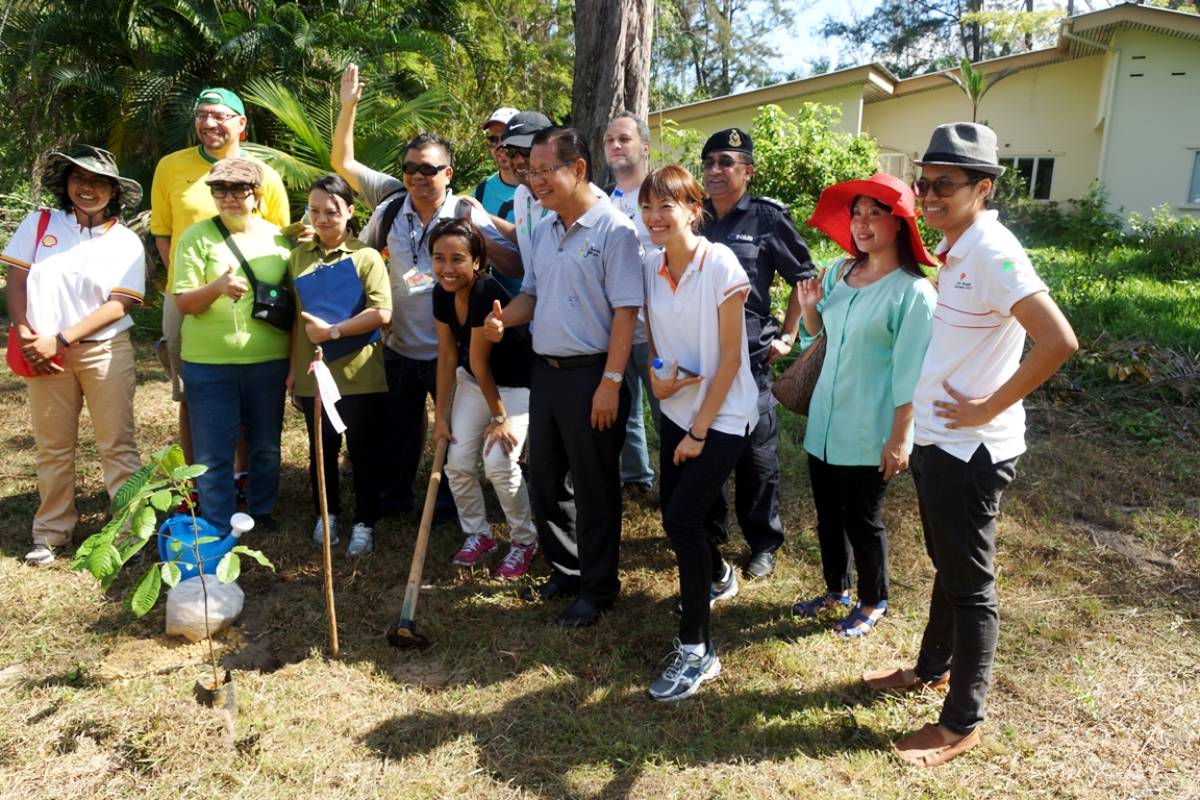 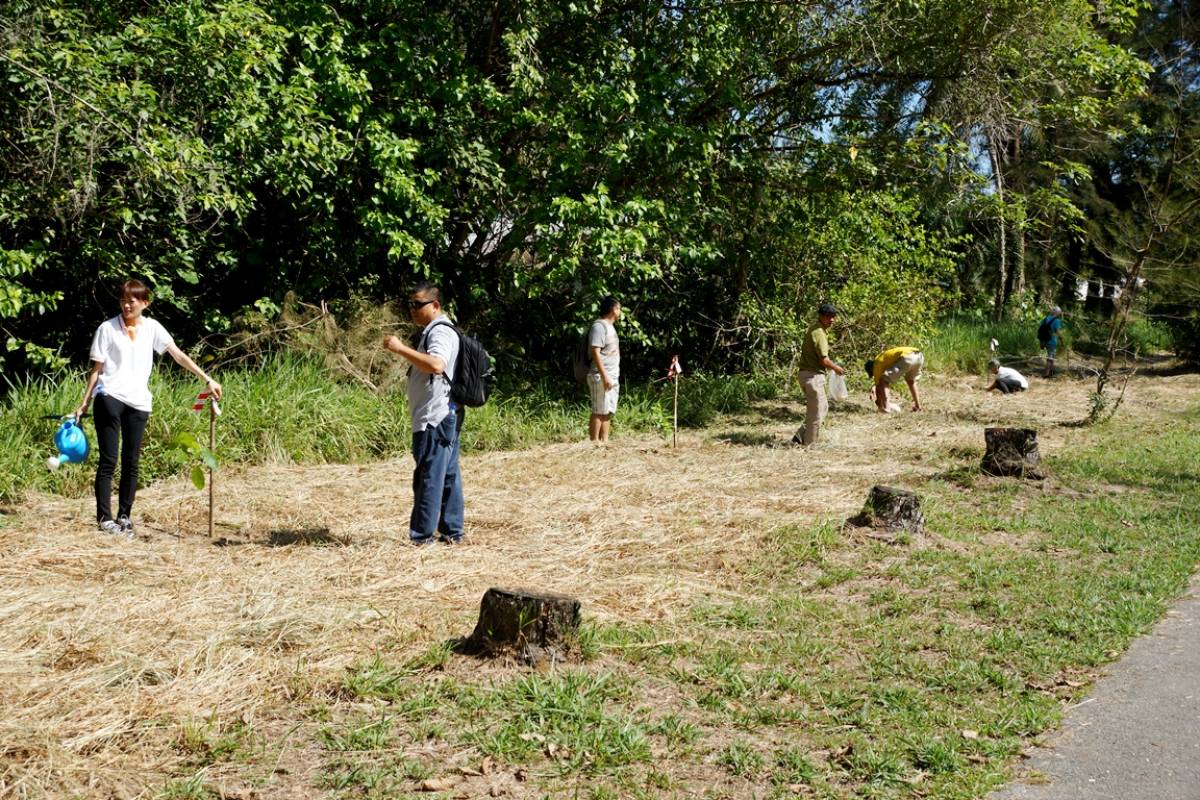 “The Borneo Jazz Festival has stepped into a right direction when it made a commitment to go ‘green’ and to be environmentally friendly in its approach as it operates within an eco system that is being closely related to back to nature experience, of which Miri is acquainted with,” said YB Datuck Lee Kim Sin, Assistant Minister for Sports and Assistant Minister for Communications Sarawak at a Tree Planting activity in conjunction with Borneo Jazz Festival 2015 on May 7, 2015 at the Piasau Nature Reserve in Miri, Sarawak. “Our vision,” the Assistant Minister continued, “to make Miri as a Resort City goes a long way in creating a conducive living experience to be enjoyed not only by locals, but by visitors alike. While we receive an overwhelming response from our local people to make our city a Resort City, we also acknowledge our visitors’ role in being able to join us to achieve our ambition. Your contribution today, especially by those from outside of the city in this tree planting ceremony testify to your commitment to join us in making Miri a liveable city." Piasau Nature Reserve was owned by Shell Oil company and from the 1970s it was their company headquarters and where many of their employees were provide housing. The houses are now being removed as the area transforms into a complete place for the preservation of wildlife and plants. The most famous inhabitants are Oriental Pied hornbills, including a pair named Jimmy and Faridah, which nested and hatched their chicks their last year. Sadly Faridah was killed by poachers. Jimmy has since found a new mate named Juliet and they can now be seen, usually early in the morning, in the Reserve. Sixty native Sarawak tree seedlings of the Eugnia grandis and Pometia pinnata species were planted by the Assistant Minister, Mr Chok Chee Tsong, General Manager, Sarawak Shell Berhad, Sarawak Tourism Board's Director of Events & Corporate Relations Ms Angelina Bateman, and staff as well as members of the Canadain a capella group The Nylons and the Lluis Coloma band from Spain who played at the Borneo Jazz Festival 2015, volunteers from the Malaysia Nature Society and members of the media. “Tree planting has long been a tradition of Shell,” stated Mr Chok Chee Tsong. “It also has a universal and significant appeal in every culture and in every society on Earth. It is a way for individual men, women and children to participate in conserving the environment for the future generations.

“When we plant a tree,”the GM continued, “it is as if we plant the seeds of peace and sees of hope. In a way, we can thank trees for our lives. They have evolved in an imponderable 370 million years. And they help create the very air that we breathe by consuming carbon dioxide, acting as carbon sinks, and generating oxygen that we need.”

Piasau Nature Reserve was gazetted in 2014.

Wildlife on board: DHL Safely Relocates "the world’s ...