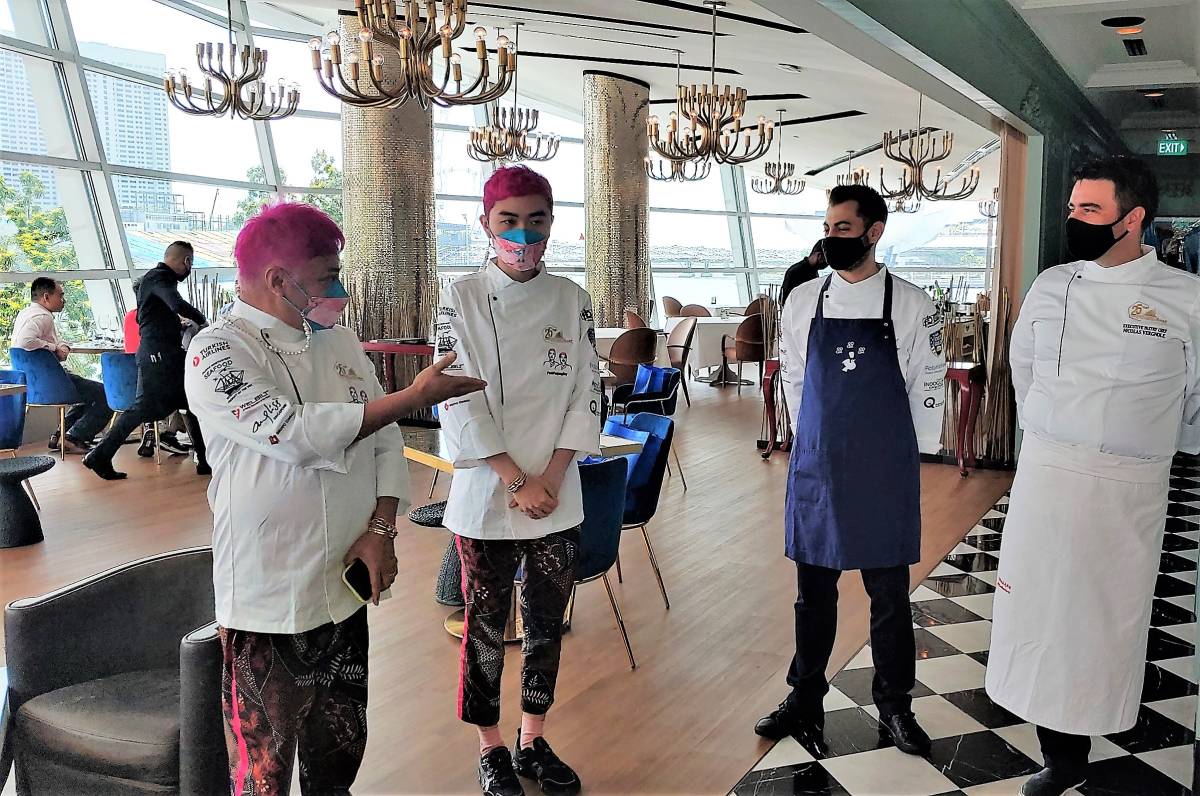 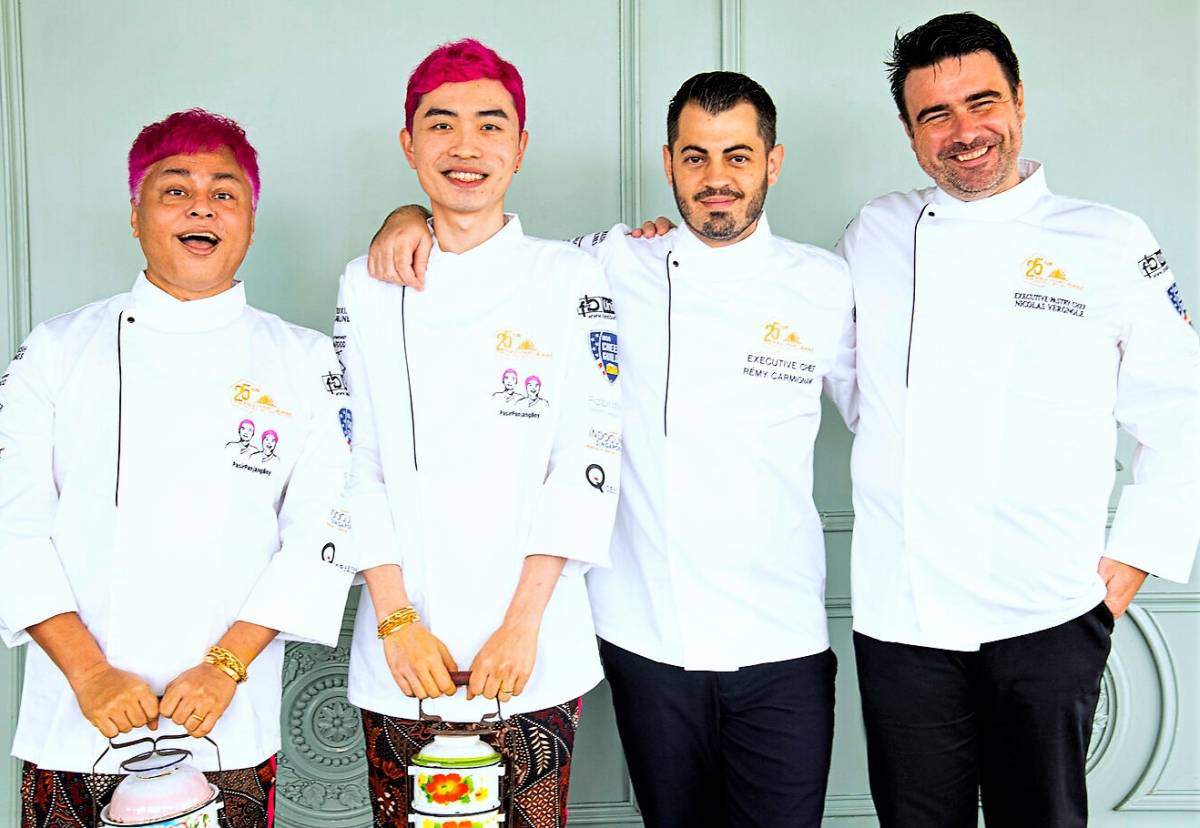 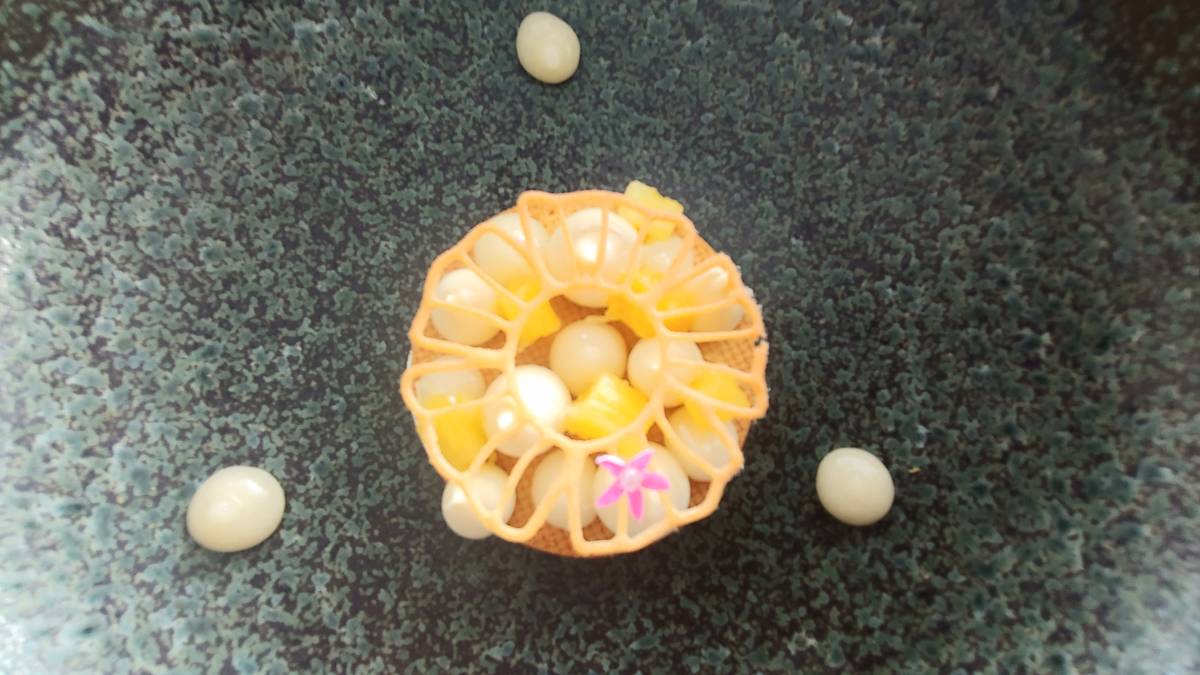 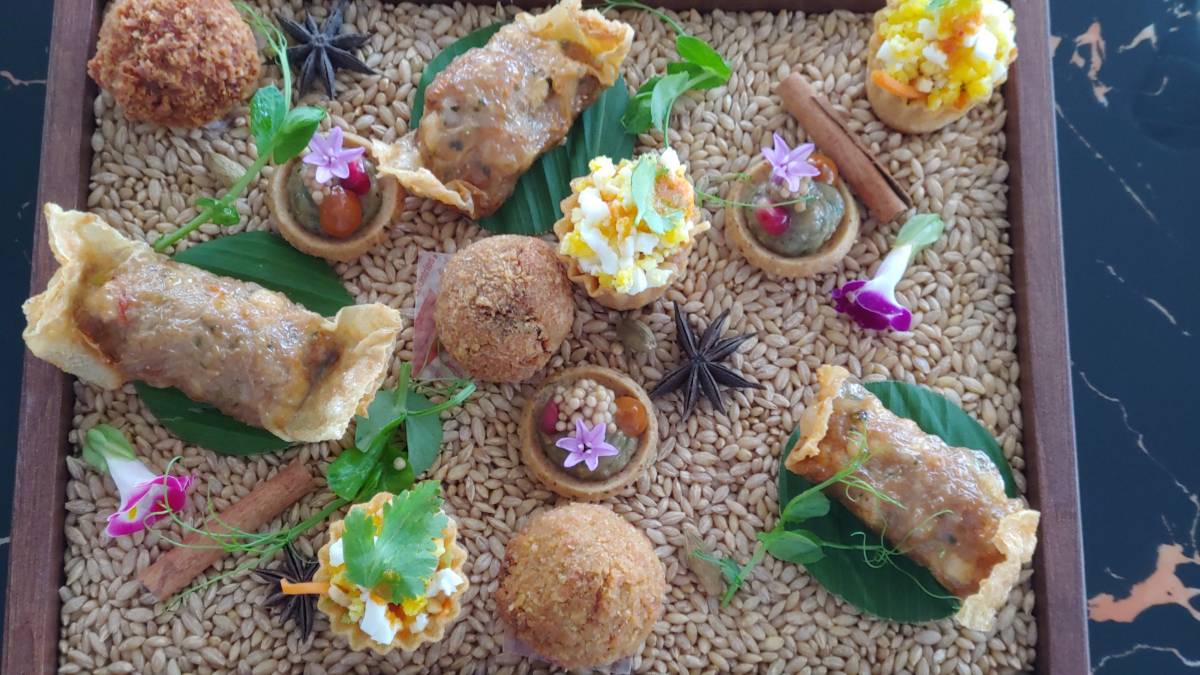 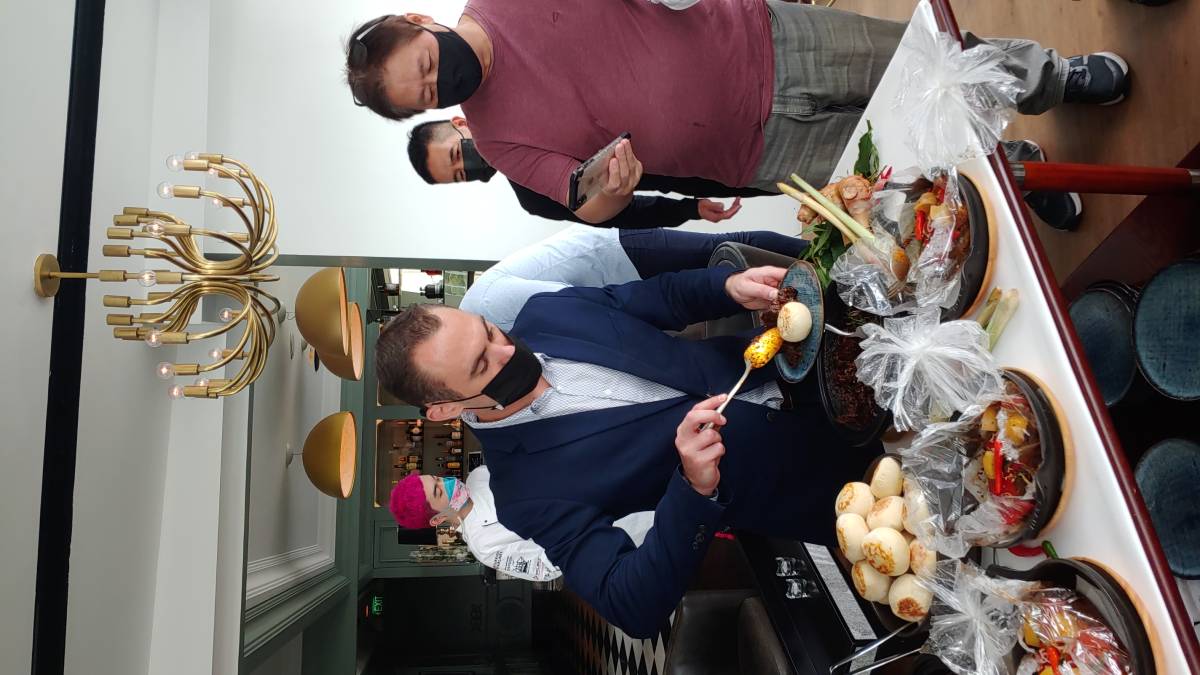 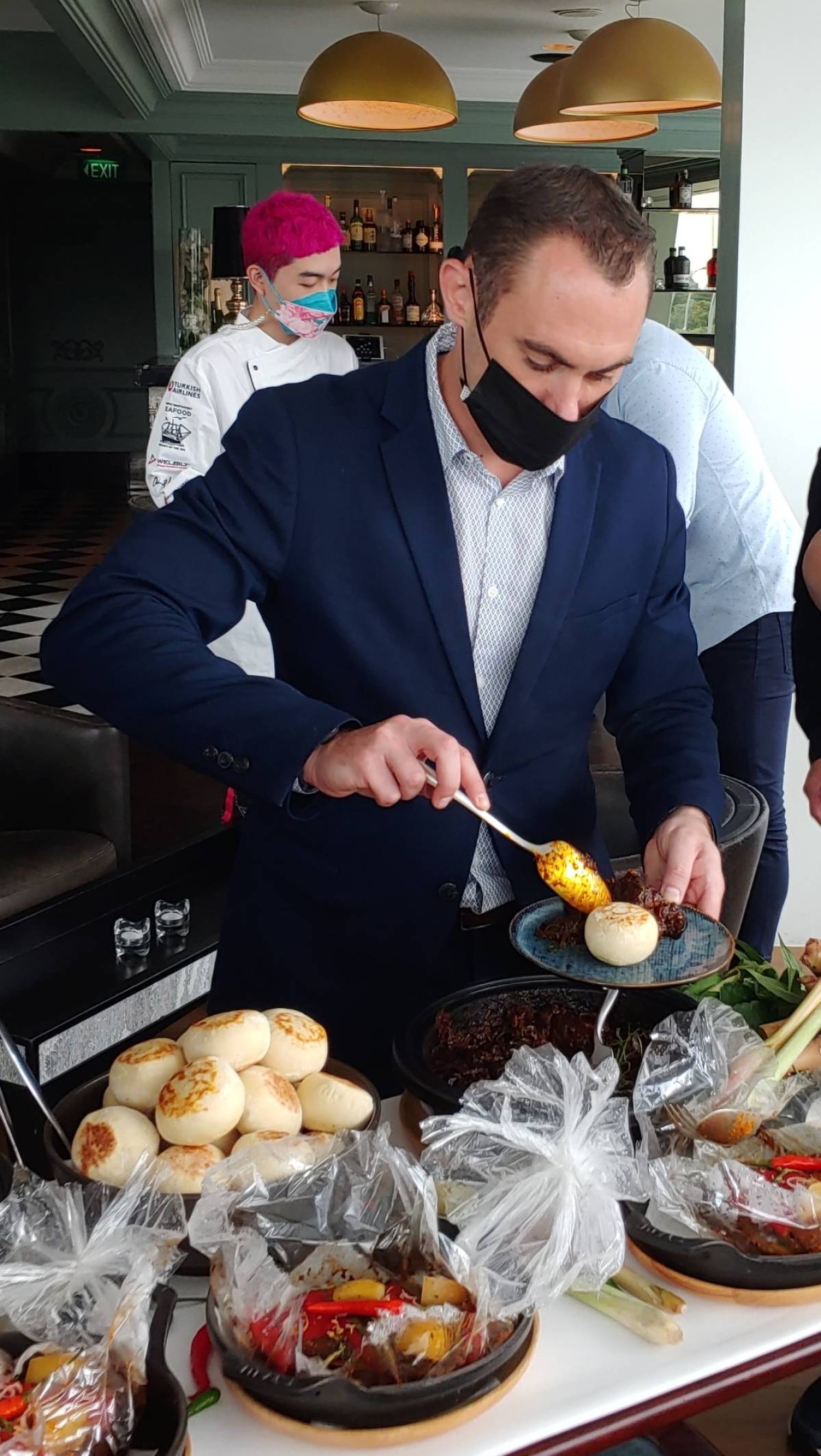 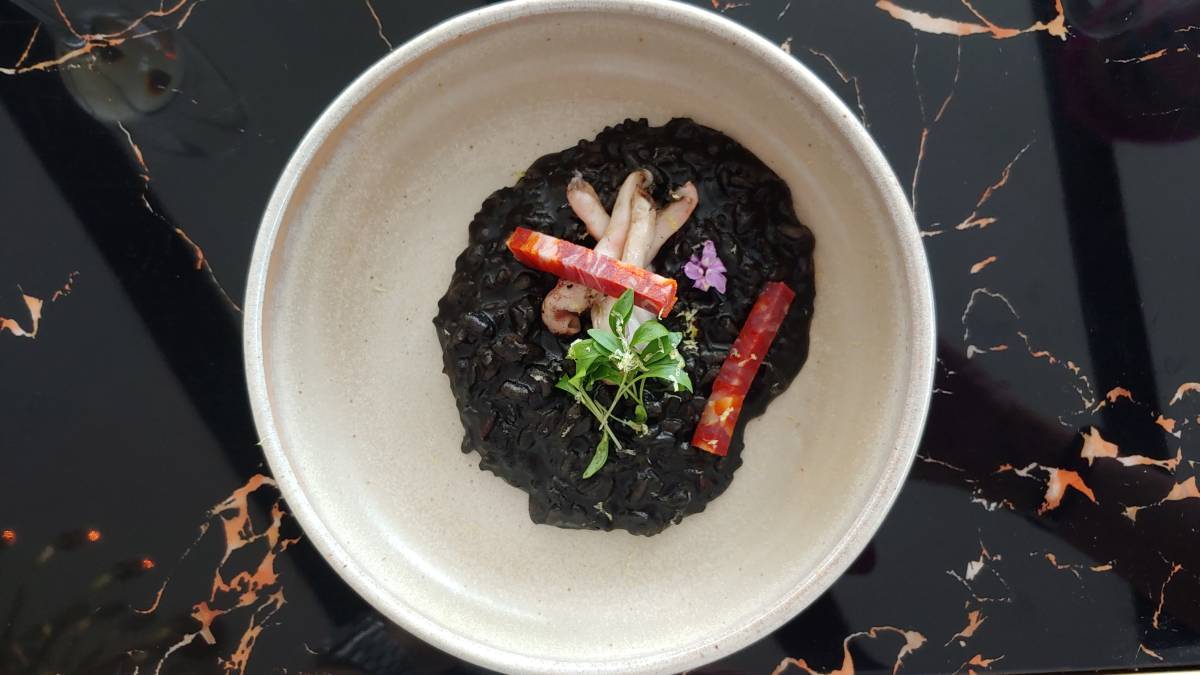 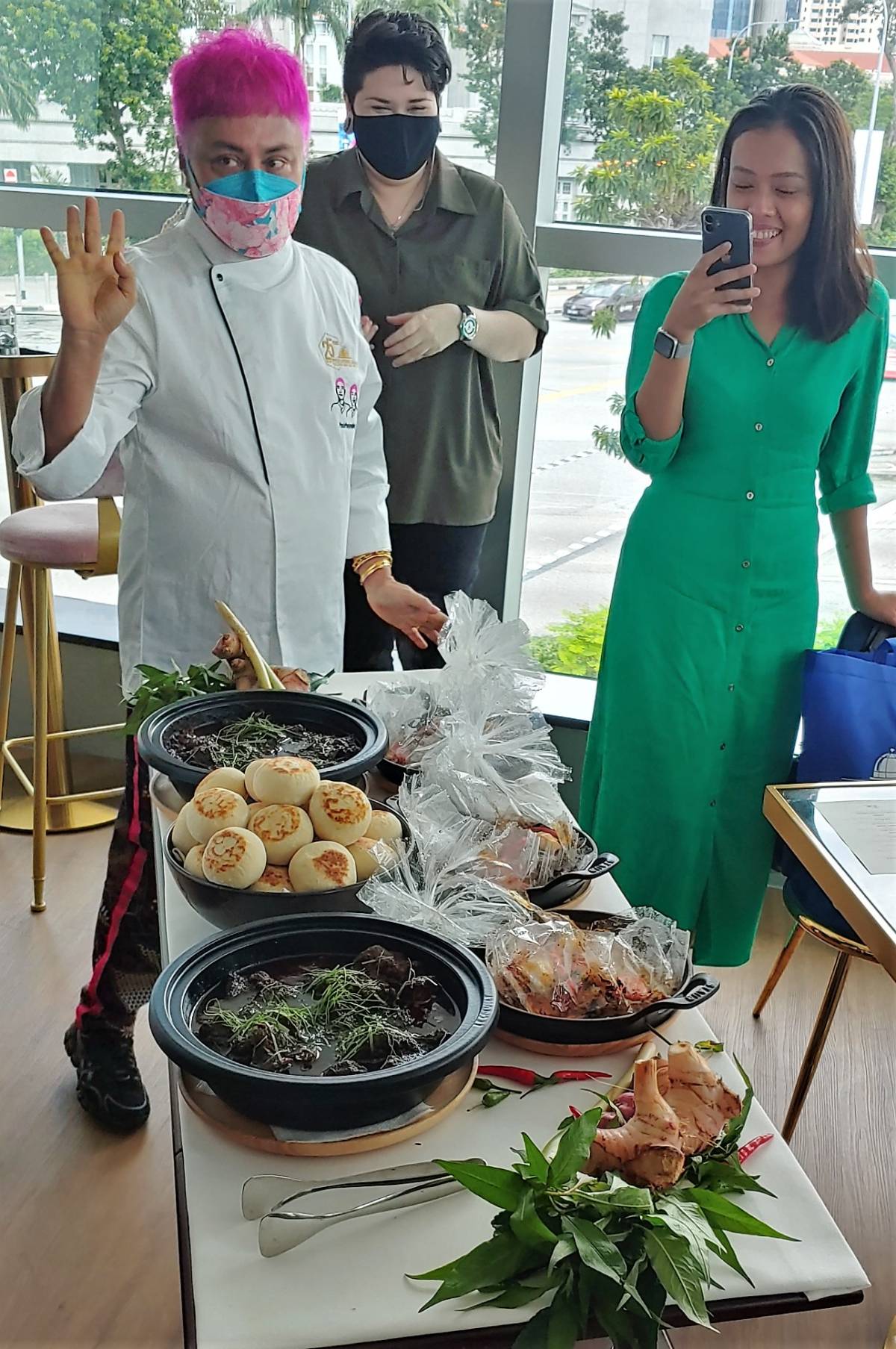 (Singapore 30 August 2021) Considering The Riviera’s location, in One Fullerton, one shouldn’t be surprised with the magnificent views of the Marina Bay and overlooking Merlion Park, with Singapore’s Iconic symbol spraying water. The floor to ceiling windows not only allows for the superb view but a bright sophisticated atmosphere for dining or enjoying a cocktail in the Lounge at Riviera.

Executive Chef Rémy Carmignani (Finalist of World Gourmet Awards’ Chef of the Year (Male) 2021, and Executive Pastry Chef Nicolas Vergnole (Recipient of the World Gourmet Awards Pastry Chef of the Year 2021) have created a cuisine and an excellent dining experience to compliment the ambience. Each meticulously-crafted dish is a gourmand’s journey of the Mediterranean, celebrating the finest culinary influences from the coasts to the mountains of this diverse region, from France and Italy, with hints of North Africa.

Invited guests gathered in the lounge and were welcomed with champagne and warmly greeted by the Liyana Morrison DHM Marketing Manager and Angela May is DHM Culinary Director. They told us that with the collaboration of Executive Chef Carmignani and Executive Pastry Chef Vergnole, with PasirPanjangBoy’s Culinary Maestro Tinoq Russell Goh and Dylan Chan we could expect a truly unique experimentation of nostalgic Peranakan flavours and ingredients, with the expertise and finesse of Riviera’s chefs’ classical French training.

Every Saturday from 4 September to 25 September, diners can discover a nostalgic yet contemporary affair to delight their palate, their sense of whimsy and wanderlust.

Once in a Life Time

PasirPanjangBoy’s unique private dining concept is known for being fully booked at two years in advance. Do not miss this chance to experience the irresistible charm and culinary magic of PasirPanjangBoy with this ‘once in a lifetime’ cross-cultures collaboration.

Tinoq Russell Goh and Dylan Chan turned their love for savouring local cuisine into a career that is steeped in creating heritage food. Their home dining concept has taken the culinary world by storm as they present dish after dish that are generous and flavourful. The dishes created are based on Tinoq’s childhood memories of the food he ate as a child in 1960s Singapore, while sous chef Dylan has added his own spin to the various dishes they serve based on his own intimate knowledge of local cuisines. Mr Goh’s culinary routes go back to his childhood on the streets of Singapore learning from those who created hawker food that has gone on to be recognised on the UNESCO Representative List of the Intangible Cultural Heritage of Humanity.

Chef Rémy Carmignani’s (lower picture second right) love for food began in the picturesque ‘Gateway to Provence’, Montélimar in France. Growing up he developed a deep appreciation for cuisine from across the Mediterranean from both of his Southern French grandmothers and his Italian grandfathers, sparking his passion for creating dishes from across different cultures.

With over 14 years of experience in the industry, Chef Rémy brings his wealth of experience to the table, following seven years of working with Guy Savoy in Paris, Singapore and Doha, where he assisted Chef Guy Savoy in upholding three-Michelin star standards.

Before making his return to the shores of Singapore in 2020, Chef Rémy worked for five years in the award-winning 5-star palace-hotel, La Mamounia (two years of which the hotel was named ‘Best Hotel in the World’), in the heart of the old city of Marrakech, Morocco.

Pastry Chef Nicolas Vergnole, (far right) brings over 15 years of experience working in Michelin-starred kitchens across the globe. From 2015, Nicolas was the Pastry Chef at Odette in Singapore, where he created and developed new show-stopping desserts alongside Chef Julien Royer. He was instrumental in the restaurant’s meteoric rise to attaining the coveted three Michelin-star status, as well as the accolade of being one of the ‘World’s 50 Best Restaurants’.

Nicolas has served as Head of Pastry or Bakery for the At-Sunrice Global Chef Academy in Singapore, mentoring rising stars of the pastry world. Chef Nicolas was also hand-picked as Pastry Chef for the Opening Team of La Dame de Pic by Anne-Sophie Pic at the historical and iconic Raffles Hotel Singapore, acclaimed Chef Anne-Sophic Pic’s first-ever restaurant in Asia, before bringing his expertise to Riviera.

Four small bites got the meal going included Kueh Pie Tee, Baba Ghanoush, Ngoh Hiang and Tangia Marrakchia. Though small in size were big on flavour and taste satisfaction. This was followed by Sotong Hitam Risotto which is Acquerello Rissoto rice cooked in sweet, slow-roasted garlic, onion and squid ink. It was served with grilled squid and Iberico Pork Chorizo.

The sharing mains were Assam Pedas En Papillote that is Greek Dorade marinated in a spicy tamarind paste with ginger flower and laksa leaf steamed in a magical ‘en papillote’ parcel. And you just know that the very tender Beef Rendang is going to be equally exotic with collagen filled Beef Shin slowly braised in a flavour filled blend of 21 herbs and spices. Served in a tajine (an earthenware pot) with Moroccan Batbout bread.

The Riviera / The Lounge at Riviera