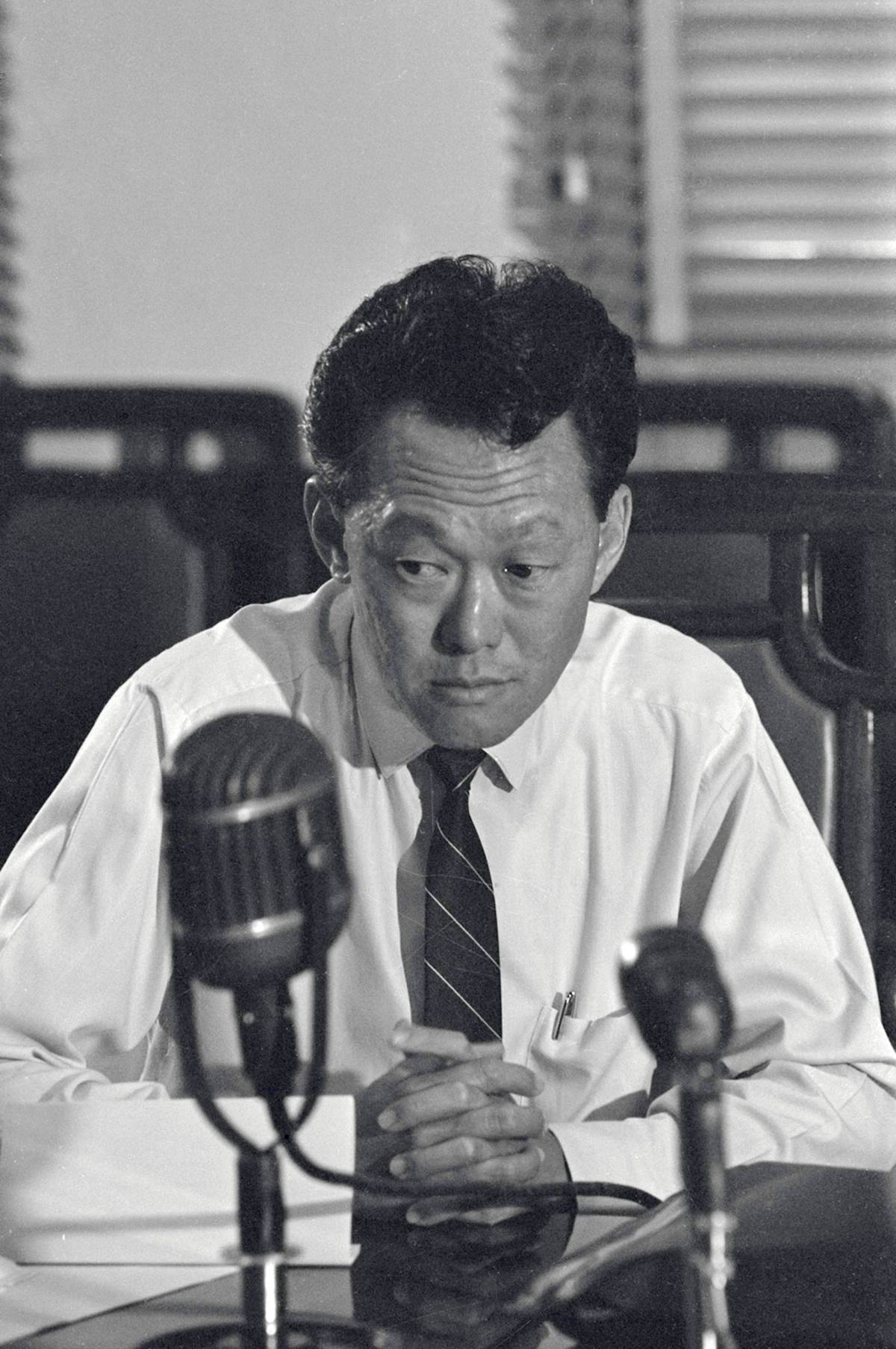 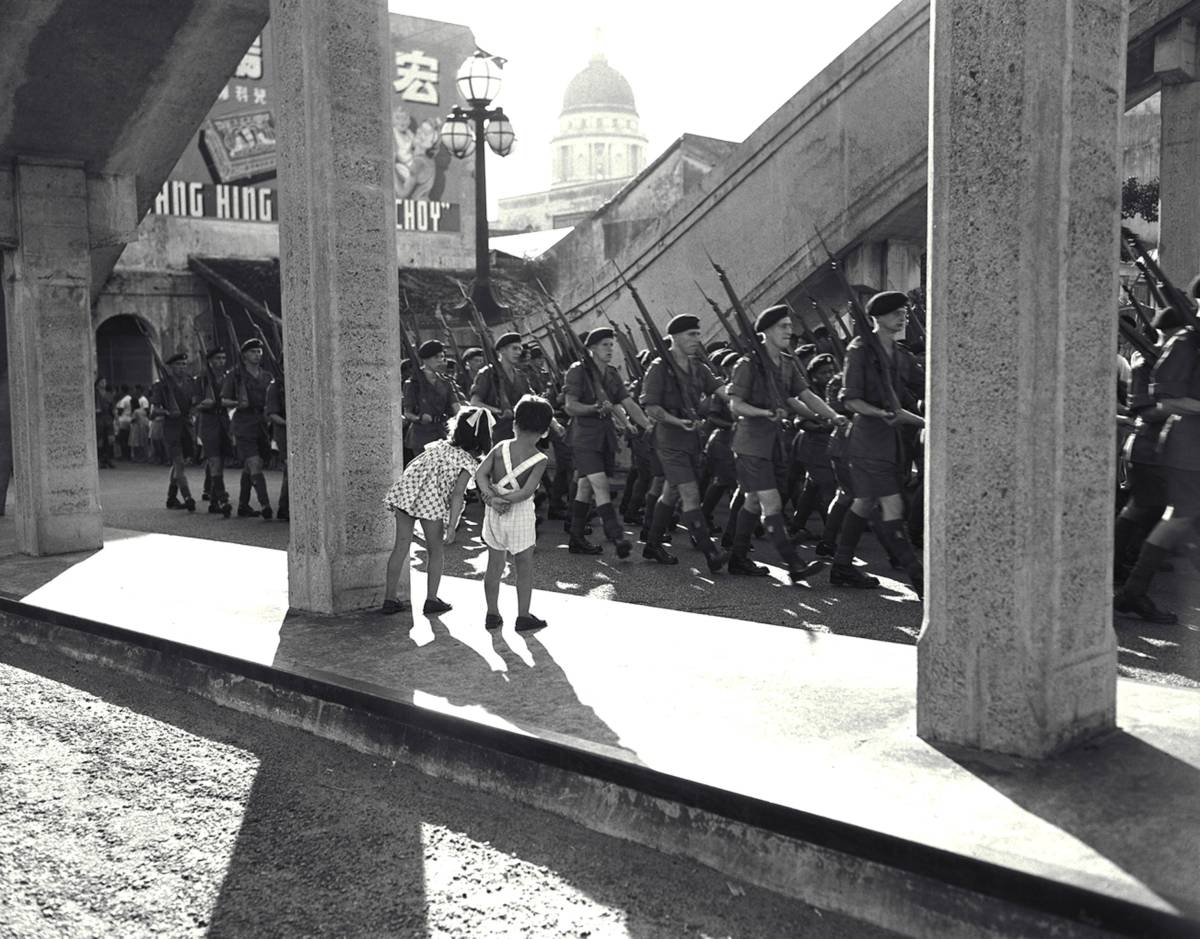 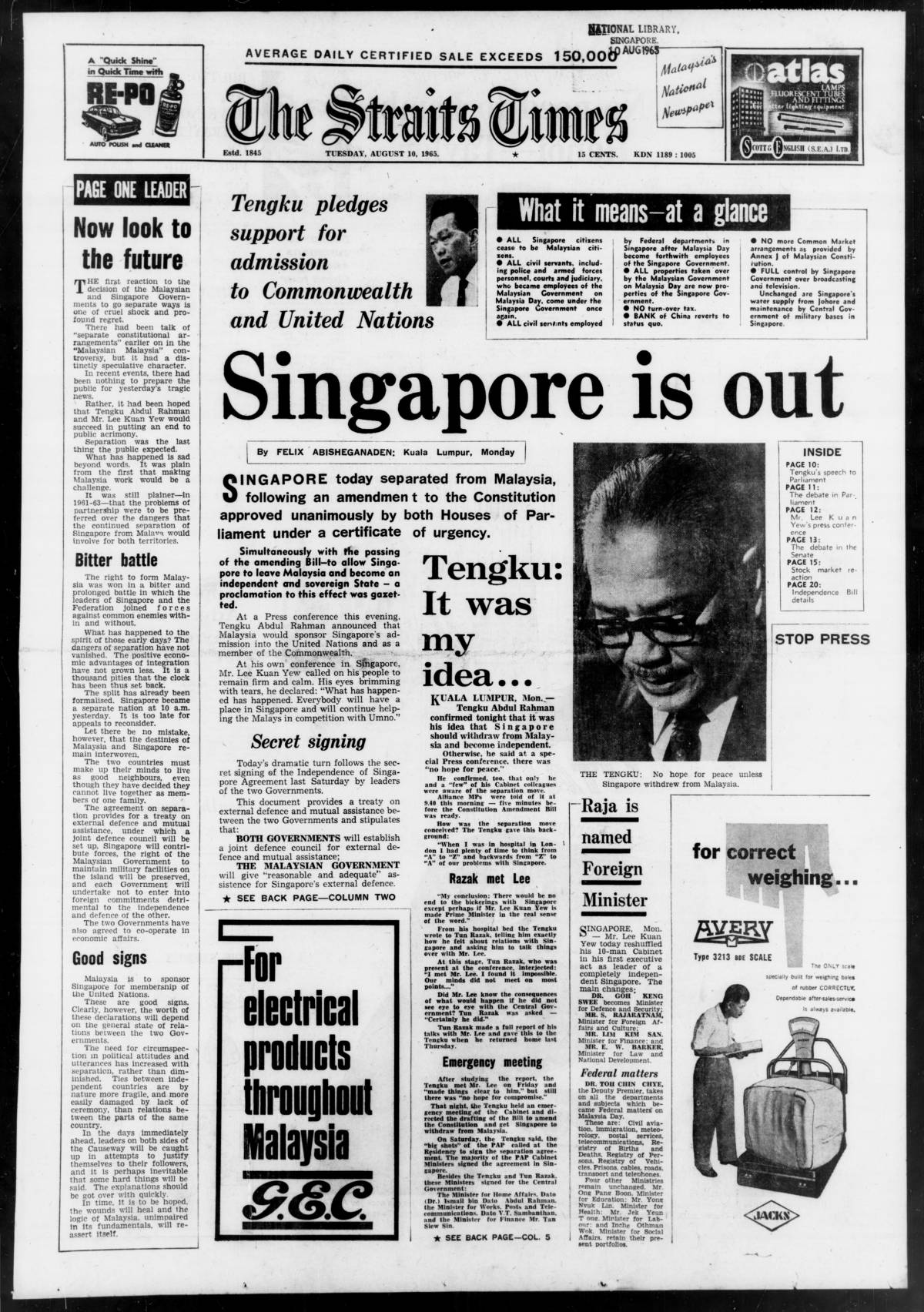 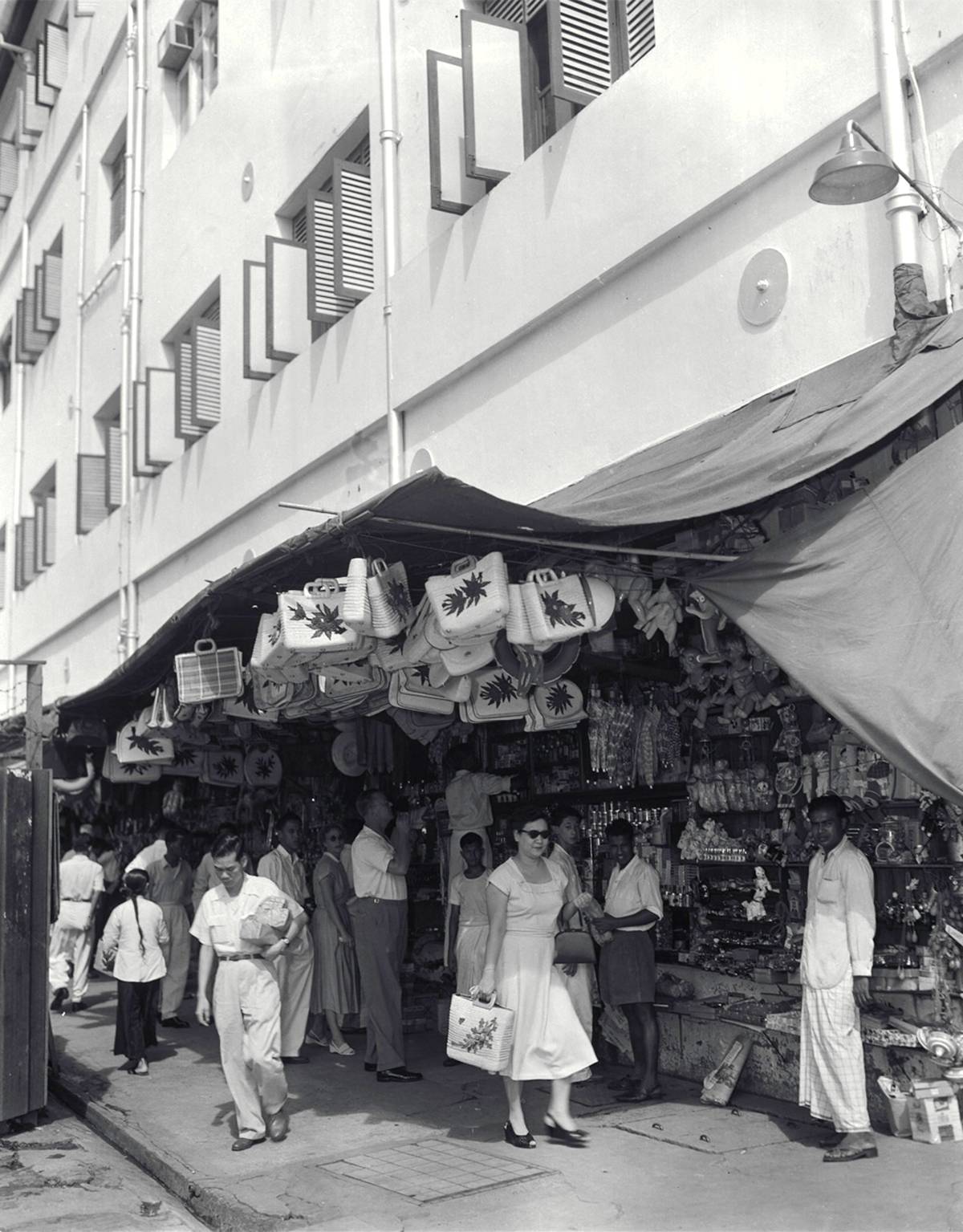 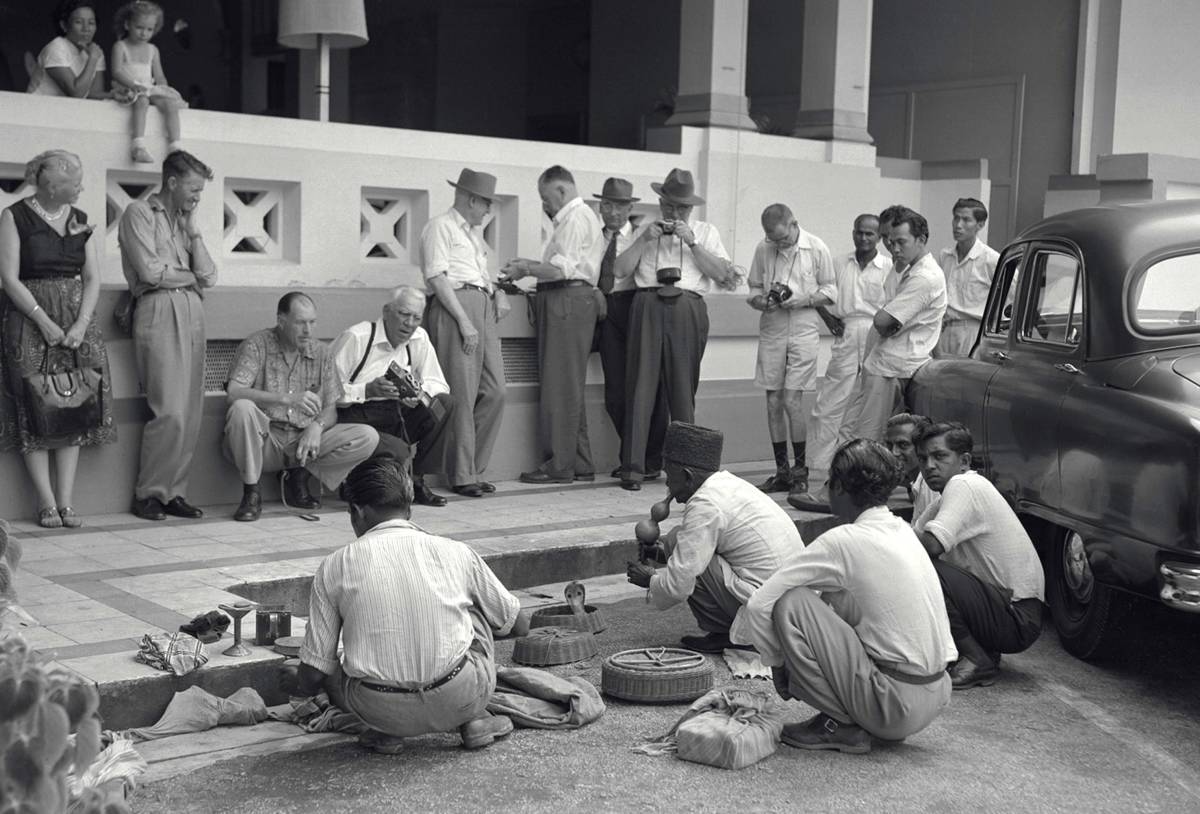 Singapore (29 April 2015) – As part of its 170th anniversary, The Straits Times has collaborated with ArtScience Museum at Marina Bay Sands to unveil an exhibition that will chronicle the nation’s development through powerful images and stories. This will be the first exhibition co-curated by the museum that is free to the general public. xhibition Singapore STories: Then, Now, Tomorrow ‒ which is presented by main sponsor Capitaland ‒ will open on 17 July and run throughout Singapore’s Golden Jubilee celebrations in August, ending on 4 October 2015. The opening hours of the exhibition are from 10am to 7pm daily.

Standard Chartered Bank, which opened its first branch in Singapore in 1859, has also come onboard as a second sponsor f Singapore STories is told through the pages of Singapore’s oldest English-language daily newspaper The Straits Times. The exhibition will feature hundreds of The Straits Times front-page stories, headlines and photographs that capture pivotal and piquant moments in Singapore. The newspaper has also unlocked its archive that dates back to 15 July 1845 when it was first published to showcase never-before-seen photographs in the exhibition. Singapore STories however, is more than a trip down memory lane. It looks back to consider how far Singapore has come but it also gazes ahead at how plans in the pipeline will continue to impact Singapore.

This story of Singapore’s beginnings, struggles and triumphs will unfold across six galleries in the exhibition. The themes of the galleries mirror the core segments of the newspaper: Business, World, Home, Sport, Life and Forum.

Within each gallery, historic front-page reports and photographs will be featured alongside lesser-known but captivating stories to reveal the depth of the histories of both Singapore and The Straits Times. The accounts range from Singapore’s robust trade in the mid-1800s to Singapore’s independence in the mid-1900s and the push towards a sustainable future in the new millennium. Events from the past will also be juxtaposed with photographs and headlines that point to future developments in these areas. is a unique exhibition as it showcases historical events from the framework of the present and with an eye firmly on the future, creating a dialogue between past and present.”

Singapore STories will also feature public-generated content. The #BuildSG2065 showcase in the Forum gallery will highlight 50 ideas from the public on Singapore’s future buildings, homes and green spaces. The ideas will be selected from submissions to the #BuildSG2065 contest held by The Straits Times and CapitaLand, one of Asia's largest real estate companies, to mark Singapore’s 50th anniversary. (More details on #BuildSG2065 at http://buildsg2065.straitstimes.com.)

Lim Ming Yan, President & Group CEO, CapitaLand, said: “We are pleased to be the Presenting Sponsor of the Singapore STories exhibition, as part of CapitaLand’s SG50 celebrations. Showcasing ‘Then, Now, Tomorrow’, this is a meaningful exhibition that depicts not just milestones in Singapore’s history, but also how lives have changed against the backdrop of our evolving skyline and cityscape. Buildings are more than just bricks, glass and steel, they form communities where people live, grow and fulfill their dreams. As a real estate developer, CapitaLand wants to give back to the community by creating a built environment that realises our credo of ‘Building People. Building Communities.’. As we celebrate Singapore’s Golden Jubilee, it is important that we remember the value of the past that has brought us success as we build for tomorrow.”

He added: “Many Singaporeans have shared passionately their vision for the future of Singapore’s built environment via #BuildSG2065 - from anti-gravitational playgrounds, floating skyscrapers to underwater homes. Some of these ideas may seem far-fetched today, but they may well be breakthroughs worthy of The Straits Times’ front pages in years to come. We look forward to seeing some of these ideas come to life as part of Singapore’s ‘Tomorrow’ at the Singapore STories exhibition, or even realising some of these ideas in our future developments as we journey with the nation to build th Neeraj Swaroop, Chief Executive Officer, Singapore, Standard Chartered Bank said: “As a bank that has been a key part of Singapore’s history for more than 150 years, we are proud to partner with The Straits Times in showcasing the highlights in Singapore’s development and accompany Singaporeans down the memory lane. As we count down to Singapore’s 50th birthday in August, its next half a century is already taking shape and it will be just as impressive as the last. Let’s celebrate Singapore’s achievements, look forward to the future and continue to play a part in the Singapore story.”

Warren Fernandez, Editor of The Straits Times said: “From its early colonial years, through several wars, change of regime and national allegiance, The Straits Times has seen it all. It has chronicled these highs and lows in Singapore's history through the decades.

Singaporeans to help us remember where we have been, how we got here, and where we might be heading.”

Susan Long, lead curator and Straits Times Press general manager, said: “Come and see The Straits Times in a new light. Step into its pages and discover Singapore anew. This is an event to bring your whole family, as there will be something for every age group.” SG50 data visualisations using Open Data. “The Singapore Story, as told by headline news” by data scientists Paul Meinshausen and Hanif Samad used publicly accessible government data to visualise trends in the words and phrases used in The Straits Times’ headlines since 1955. The interactive charts and visualisations represent a literal Singapore Story unfolding and changing through the decades, as depicted by news headlines.

For more information on the exhibition, please visit www.marinabaysands.com/ArtScienceMuseum