“Dear Singaporean, Thanks a Million” marks another arrival milestone for Thailand 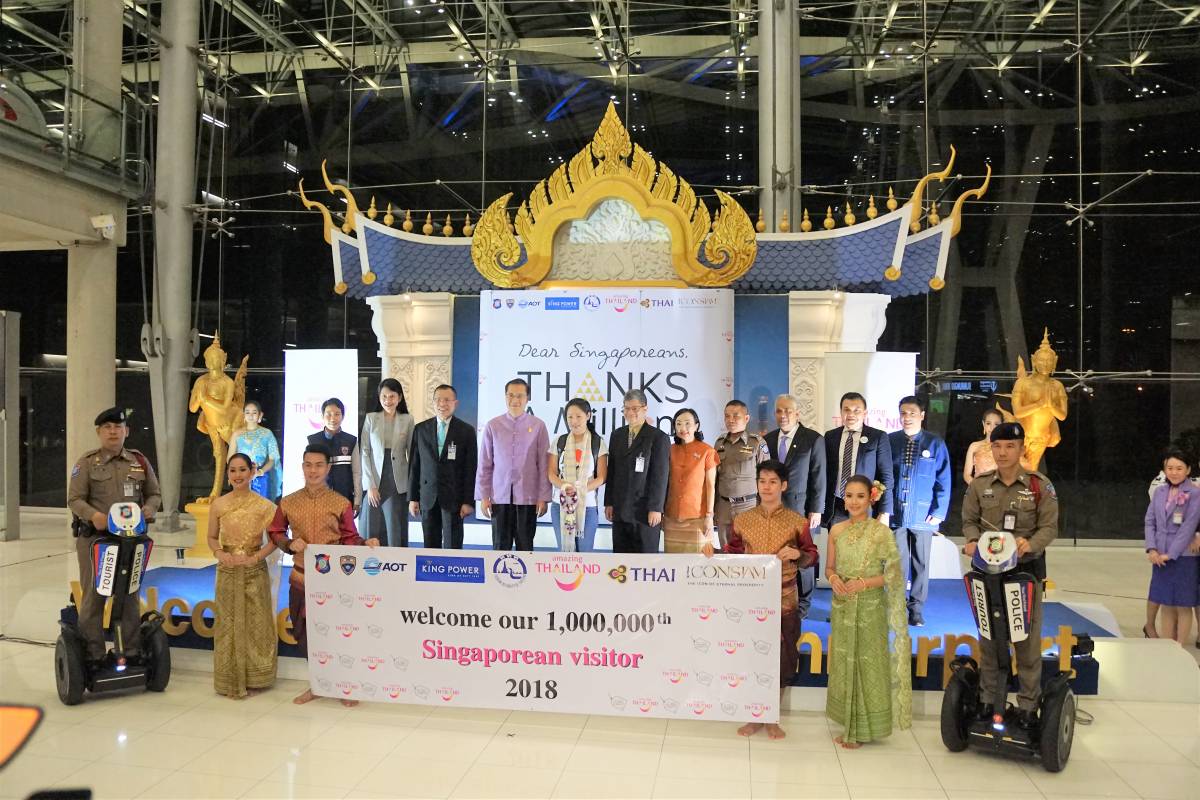 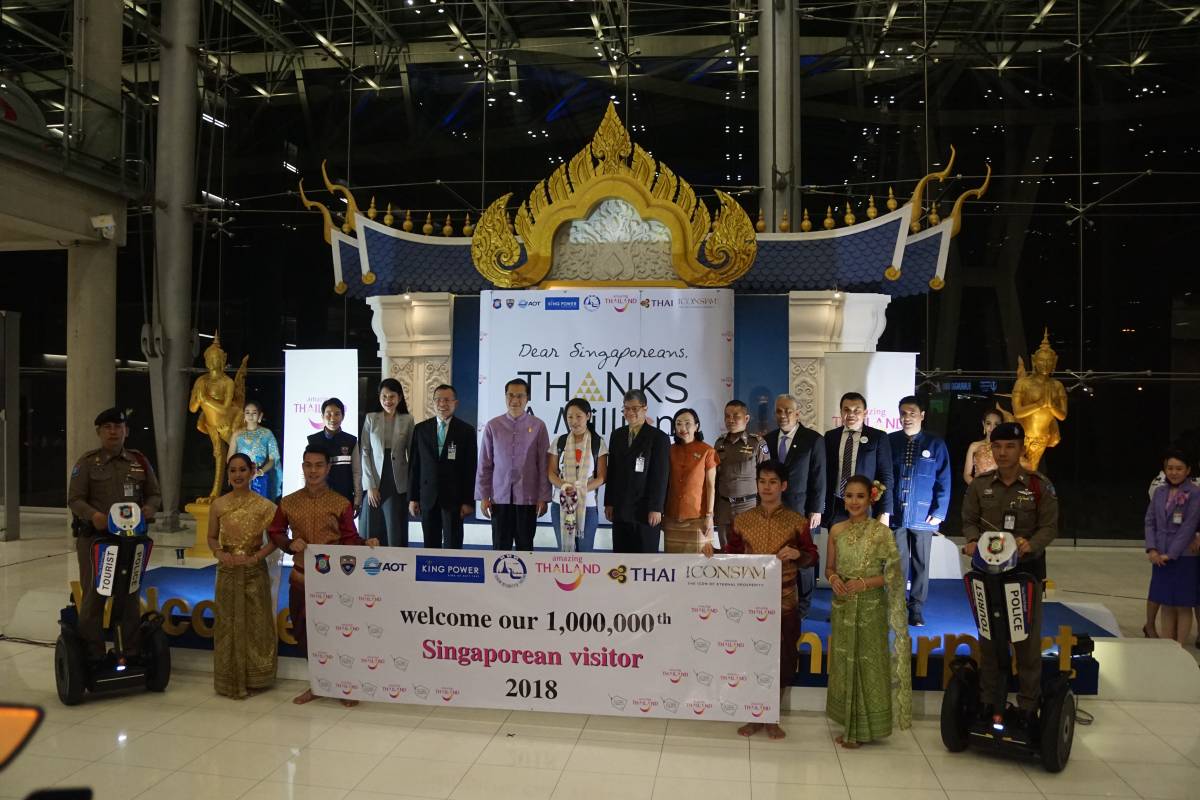 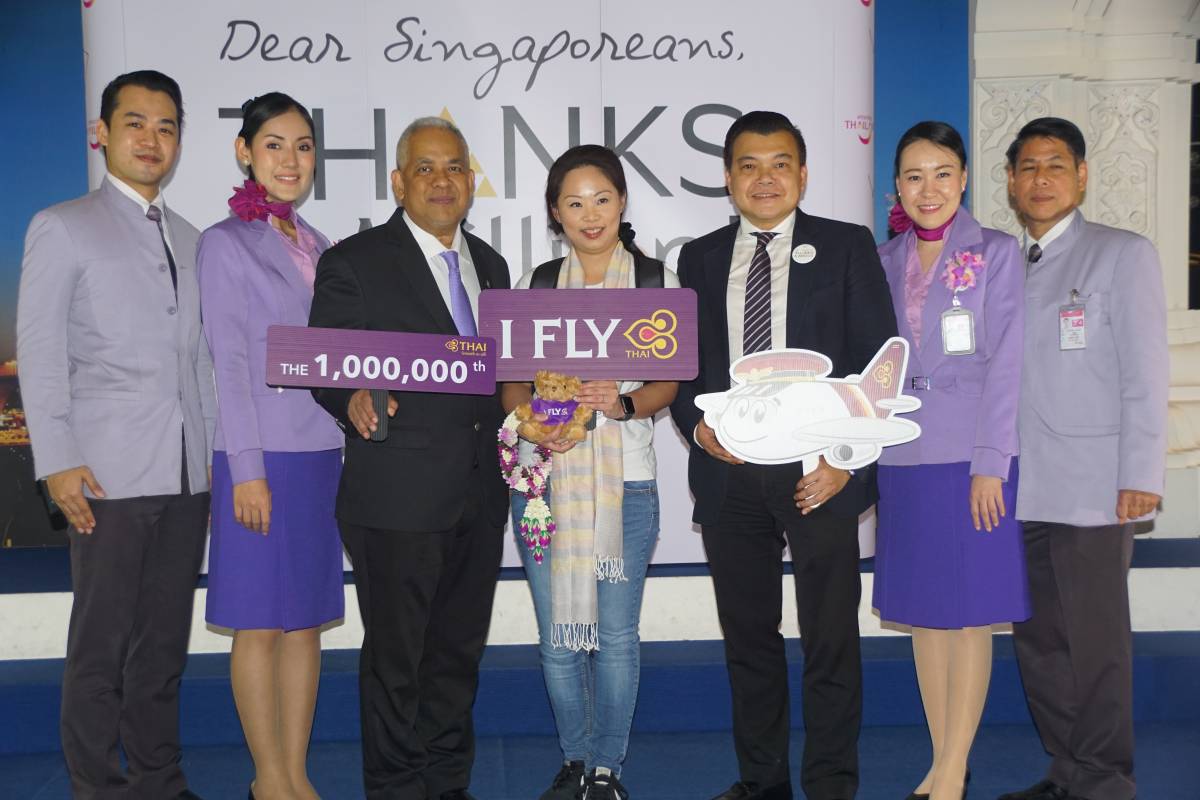 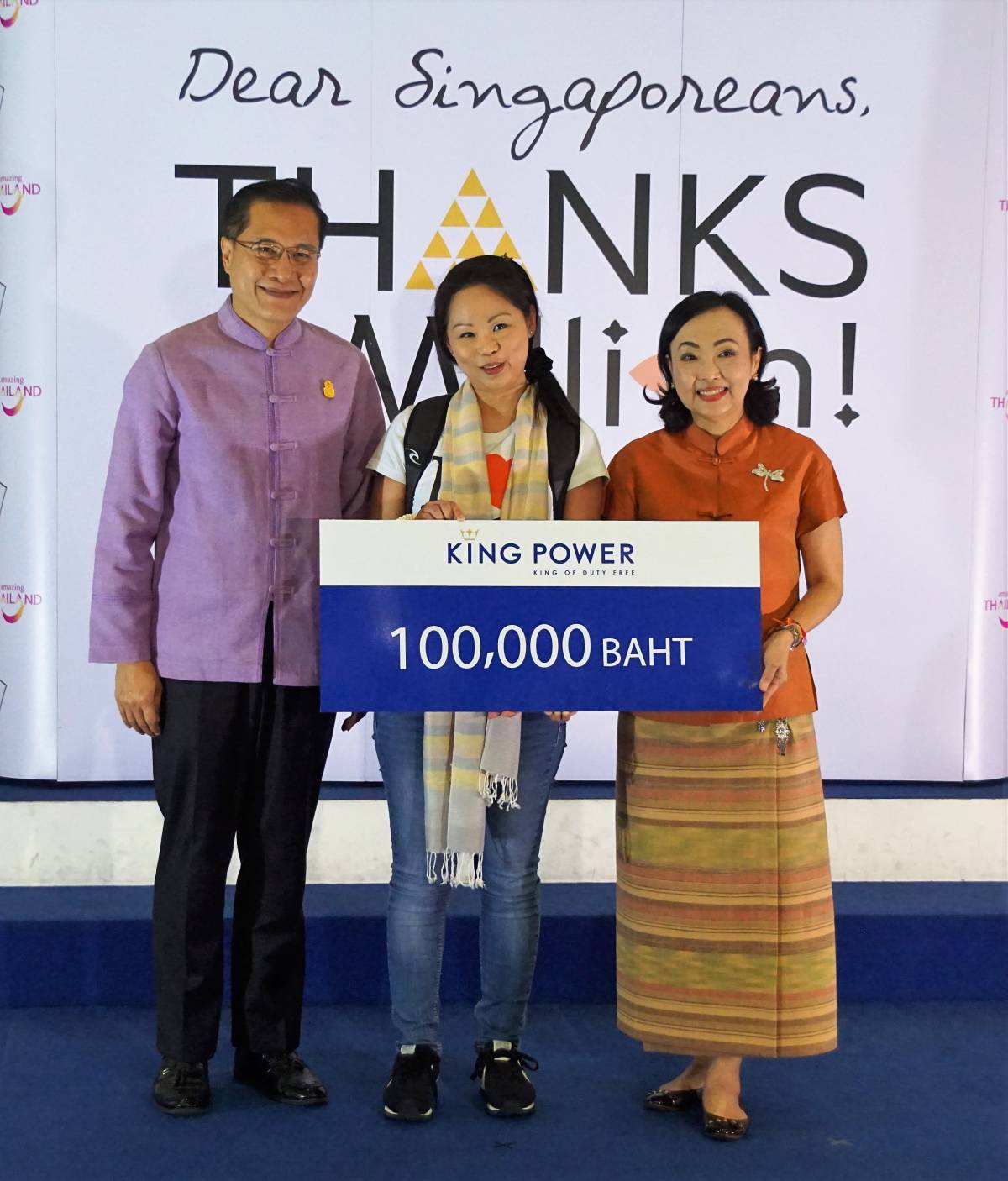 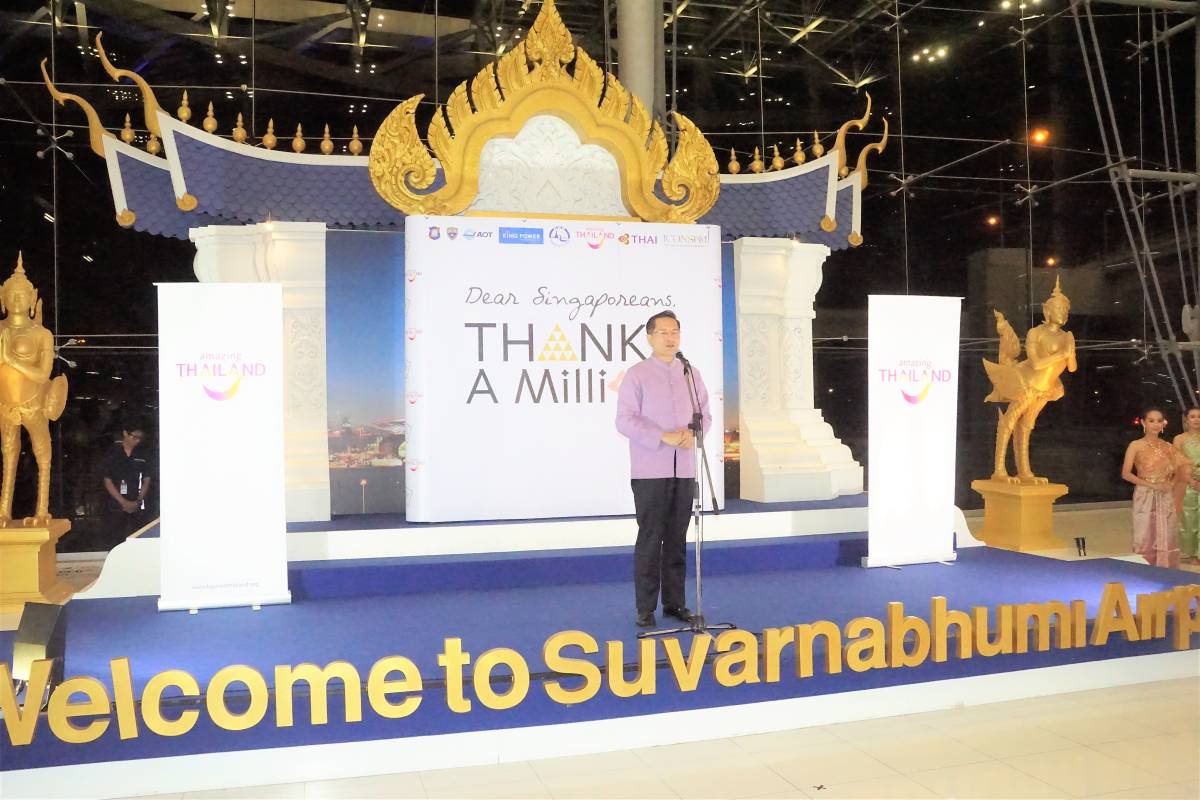 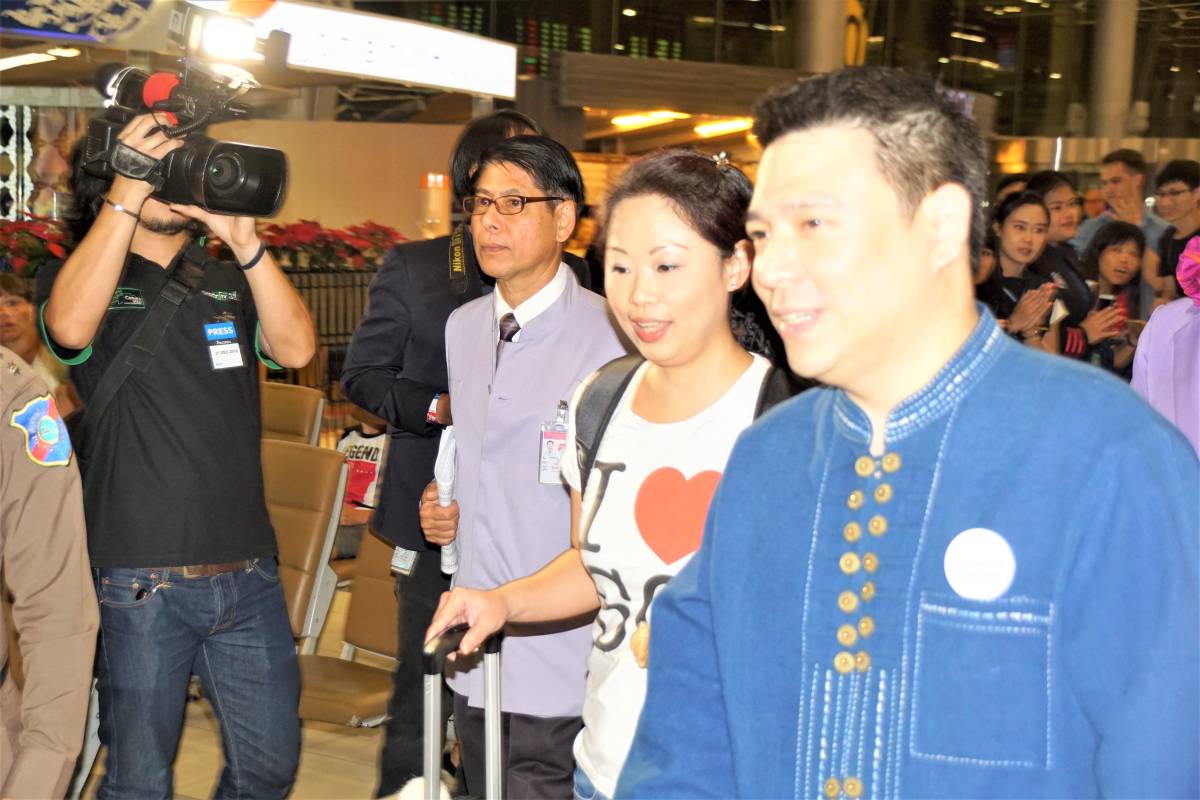 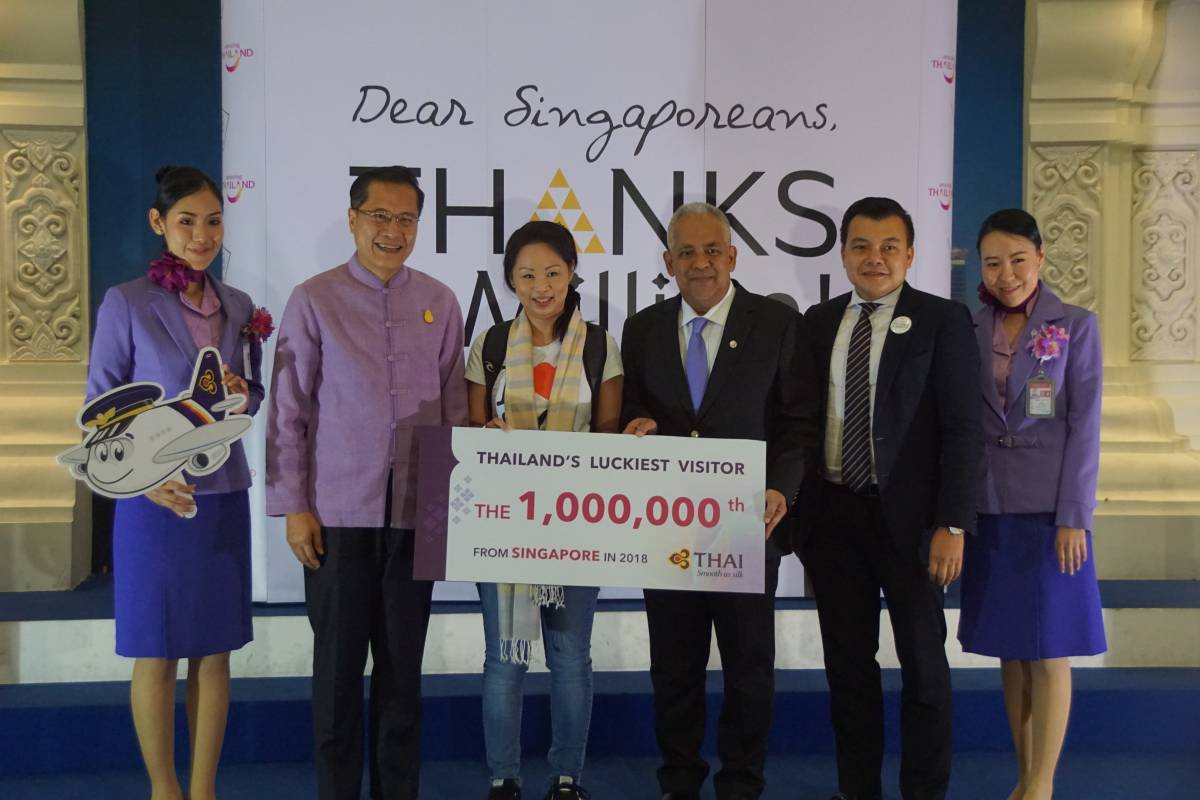 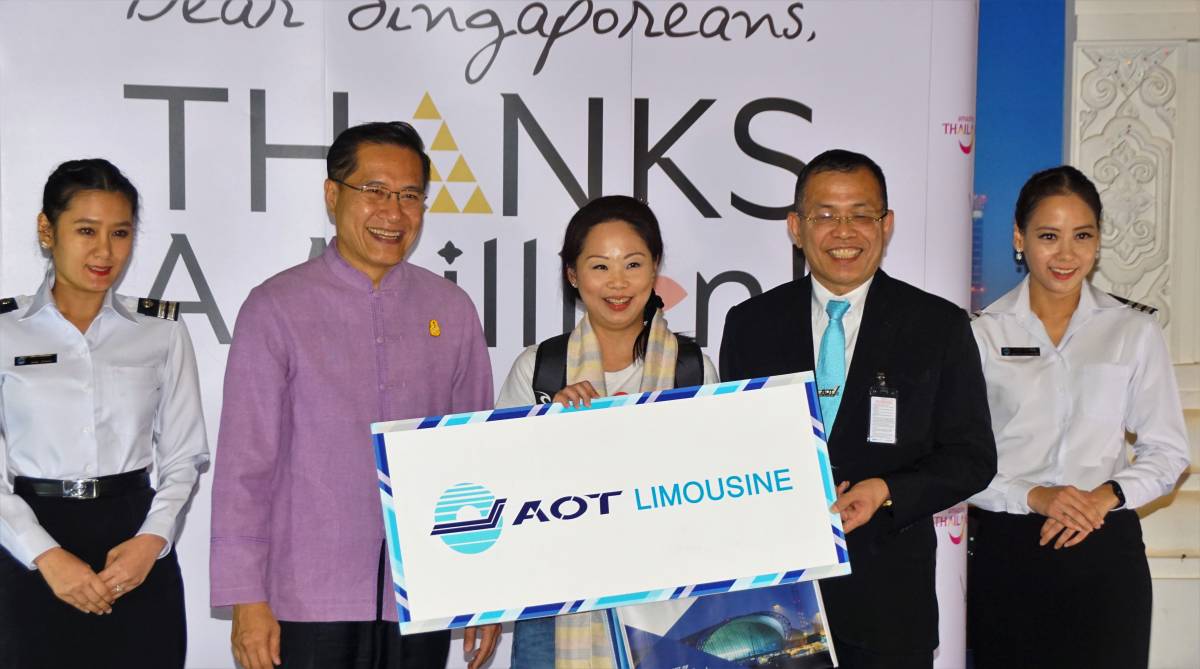 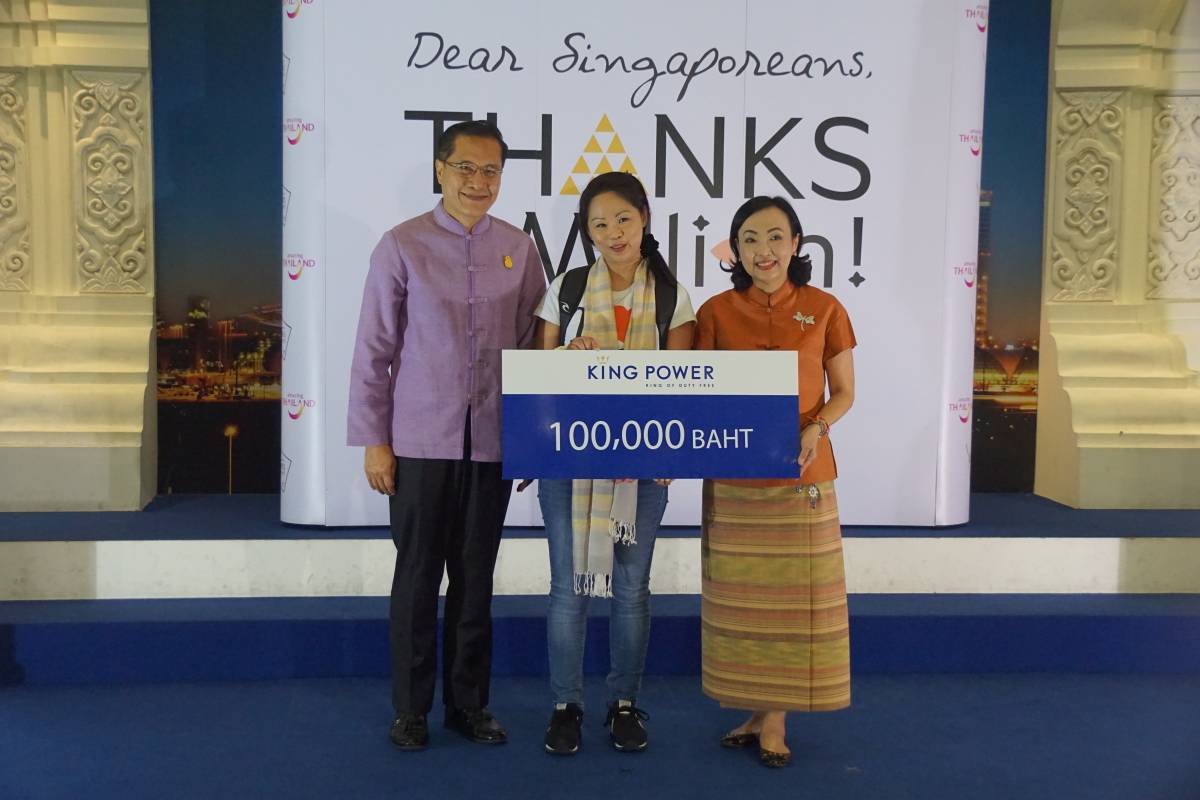 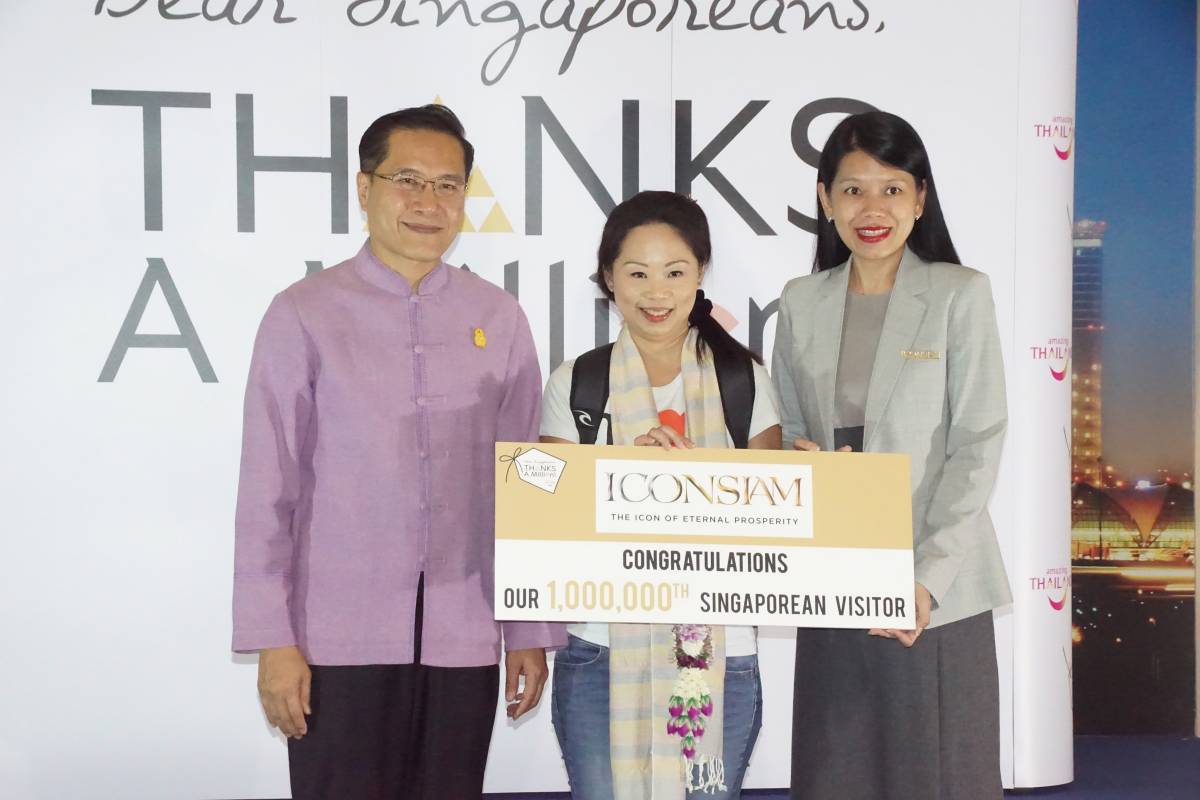 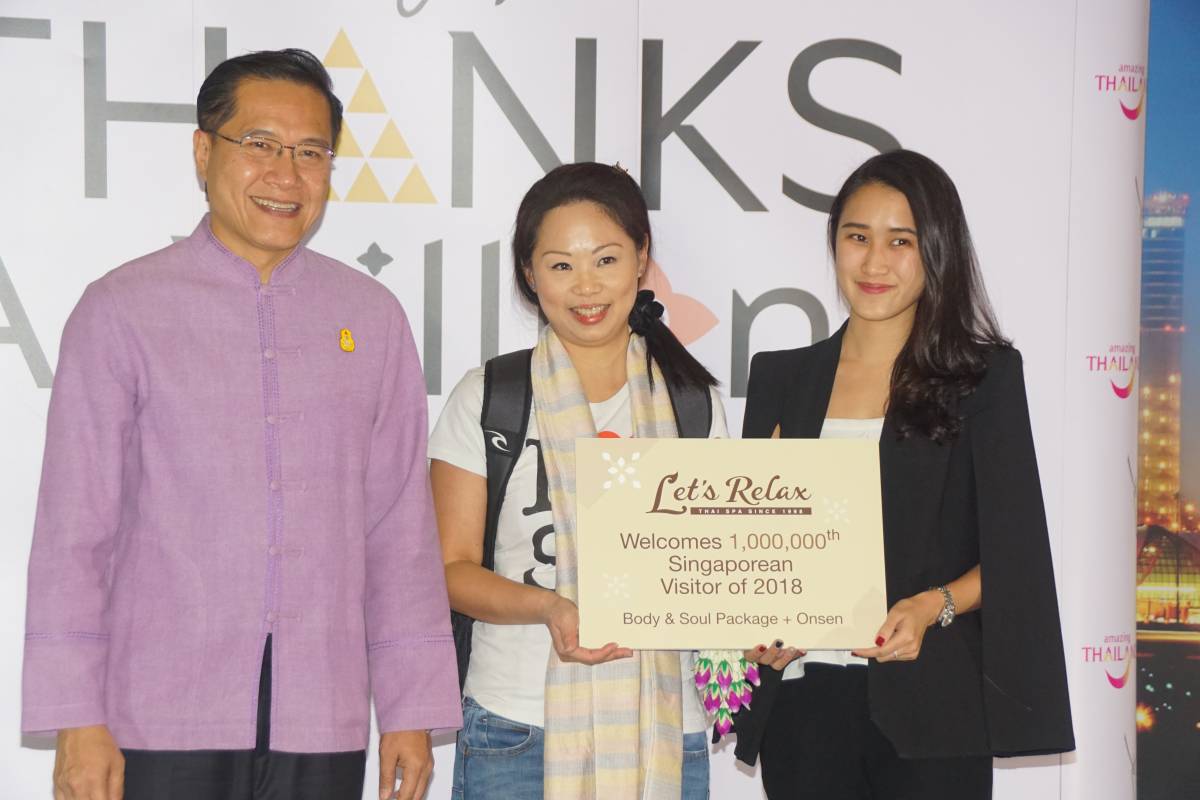 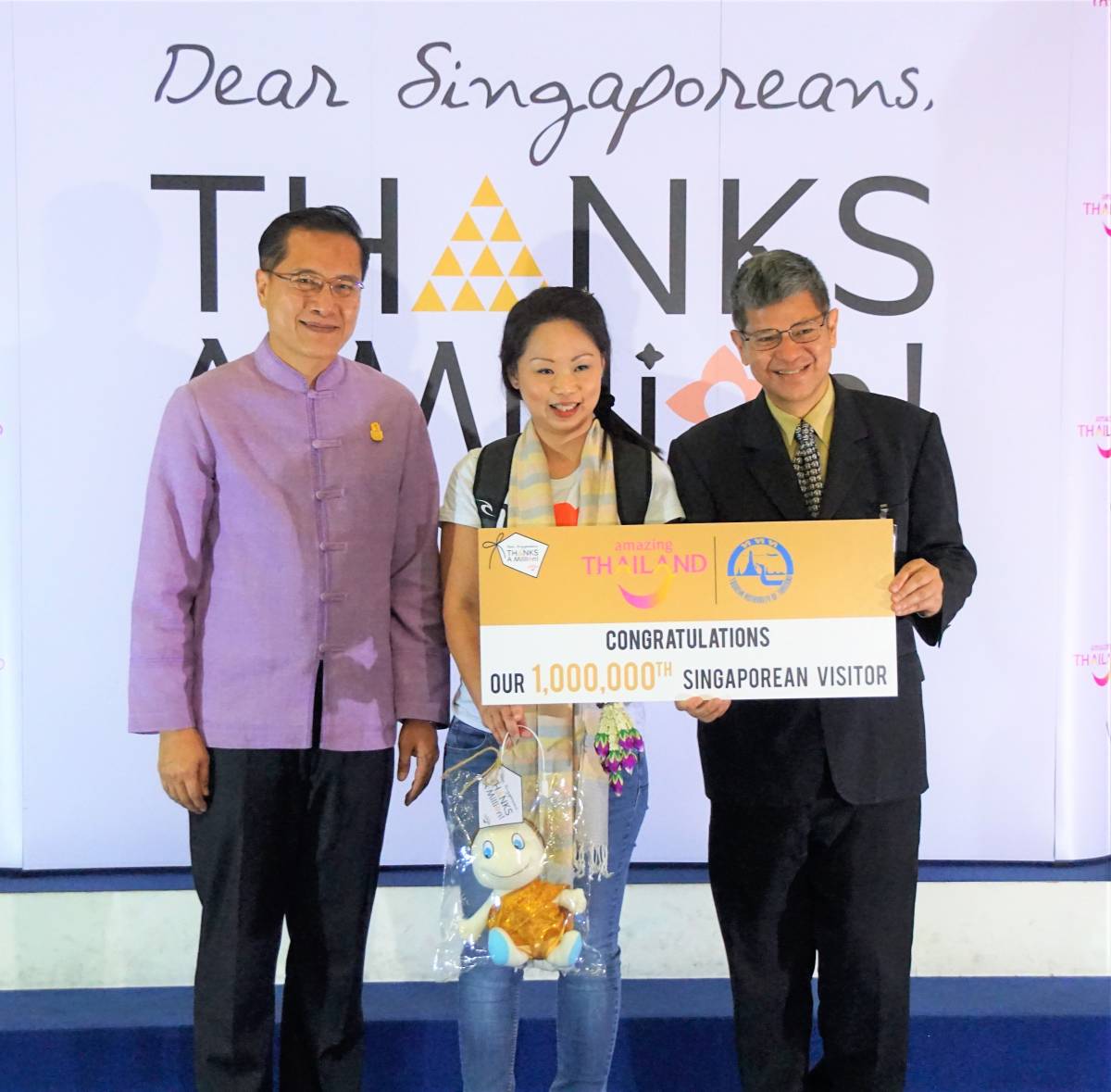 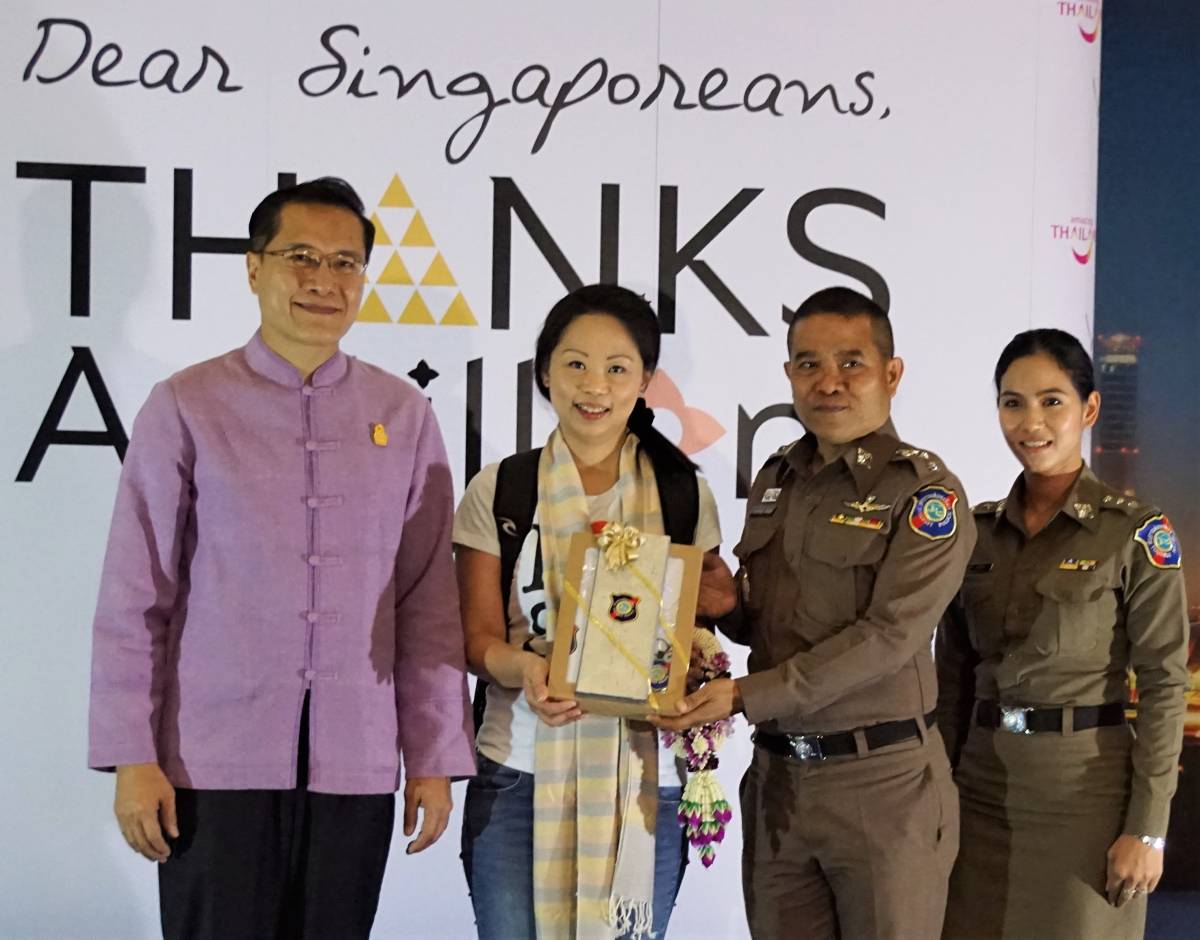 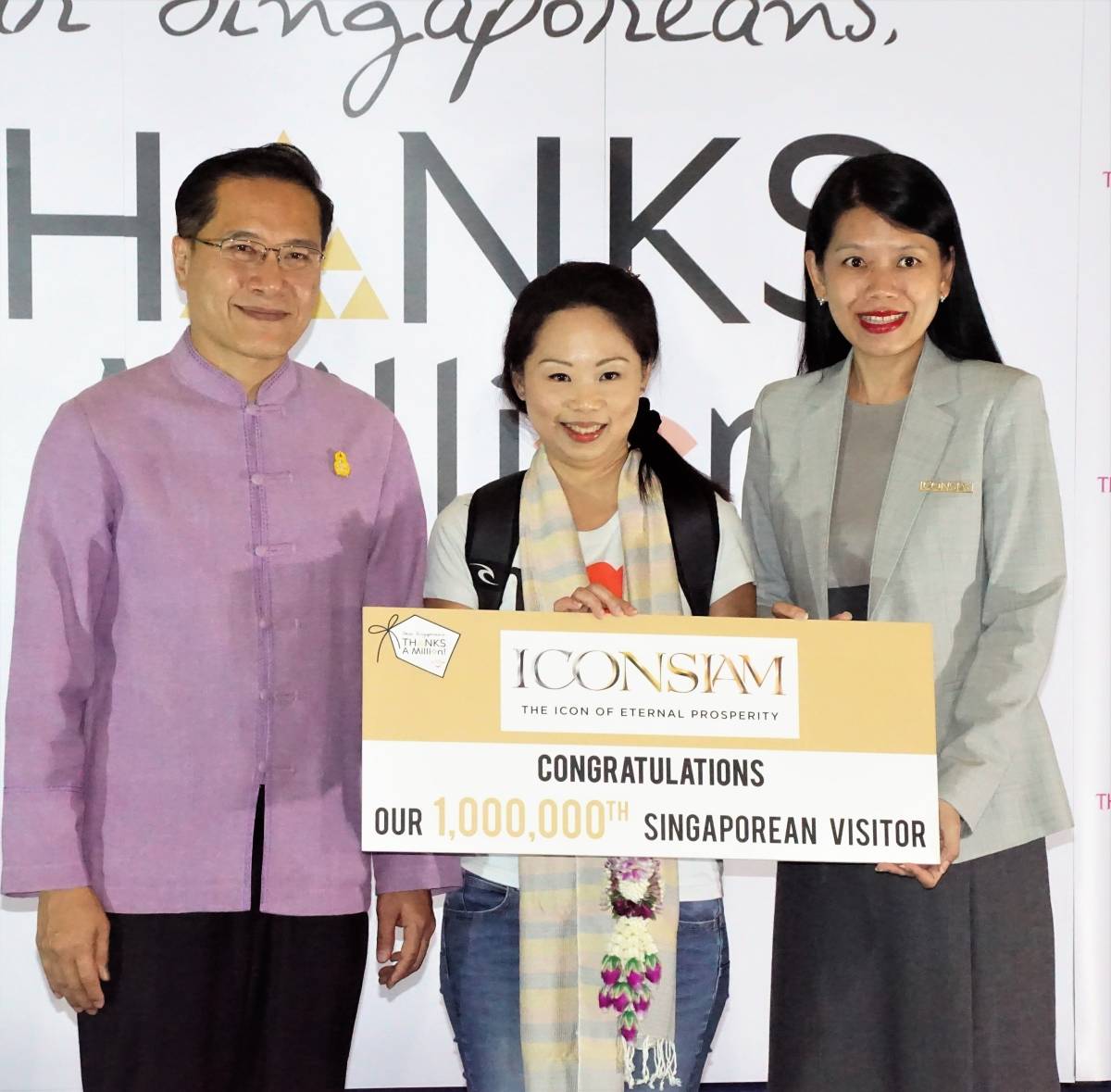 Bangkok, 21 December 2018 – The Tourism Authority of Thailand (TAT) has achieved yet another arrival milestone in December fuelled by its “Dear Singaporean, Thanks a Million” campaign that produced two consecutive years of over one million tourist arrivals from Singapore.

A high profile airport welcome ceremony was presided over by the Minister of Tourism and Sports, H.E. Weerasak Kowsurat, TAT Deputy Governor for International Marketing – Asia and the South Pacific Mr Chattan Kunjara Na Ayudhya plus representatives from the Airports of Thailand, Thai Airways International (THAI), and other public and private tourism related organisations.

Thai Tourism and Sports Minister Weersak, said: “Through the generous support of key tourism-related stakeholders, the promotion for Singaporeans received an overwhelming response that allowed us to achieve this milestone for two years running.”

“In addition, from 20 to 23 December, 2018, the TAT Singapore Office hosted 12 media members, including Floyd Cowan from Asian Journeys, and social media influencers from Singapore to witness the milestone and experience first-hand new attractions and dine at Michelin-starred restaurants in Thailand.”

All were on hand to see Ms Angela Kwek Sui Hoon feted as the one millionth Singaporean visitor to Thailand of 2018 as she arrived at Bangkok’s Suvarnabhumi Airport with THAI’s flight TG414 on 21 December at 17.15 Hrs. For the milestone, she received:

From THAI: return airfare for two on the Singapore-Bangkok-Chiang Mai route, along with fast track services.

From Siam Piwat: a Siam Gift shopping card and VIZ privilege card entitled at Siam Paragon, Siam Discovery and ICON Siam as well as vouchers for a dining and cooking workshop at Sook Siam Market.

From TAT: a five-day/four-night “Thanks a Million” tour package inclusive of accommodation, transfers and guide for the lucky tourist and one companion on the Bangkok-Chiang Mai-Chiang Rai route to promote travel between key and secondary cities in Thailand.

Singapore’s current population of 3.5 million produced 1.02 million Singaporean arrivals to Thailand in 2017. The average length of stay was 5.4 days with average expenditure estimated at 35,000 Baht per person per trip.

For 2019, TAT plans to promote the charms of Northern Thailand, highlighting the secondary cities of Chiang Rai, Lampang and Lamphun, which are all easily accessible on direct Singapore to Chiang Mai flights.