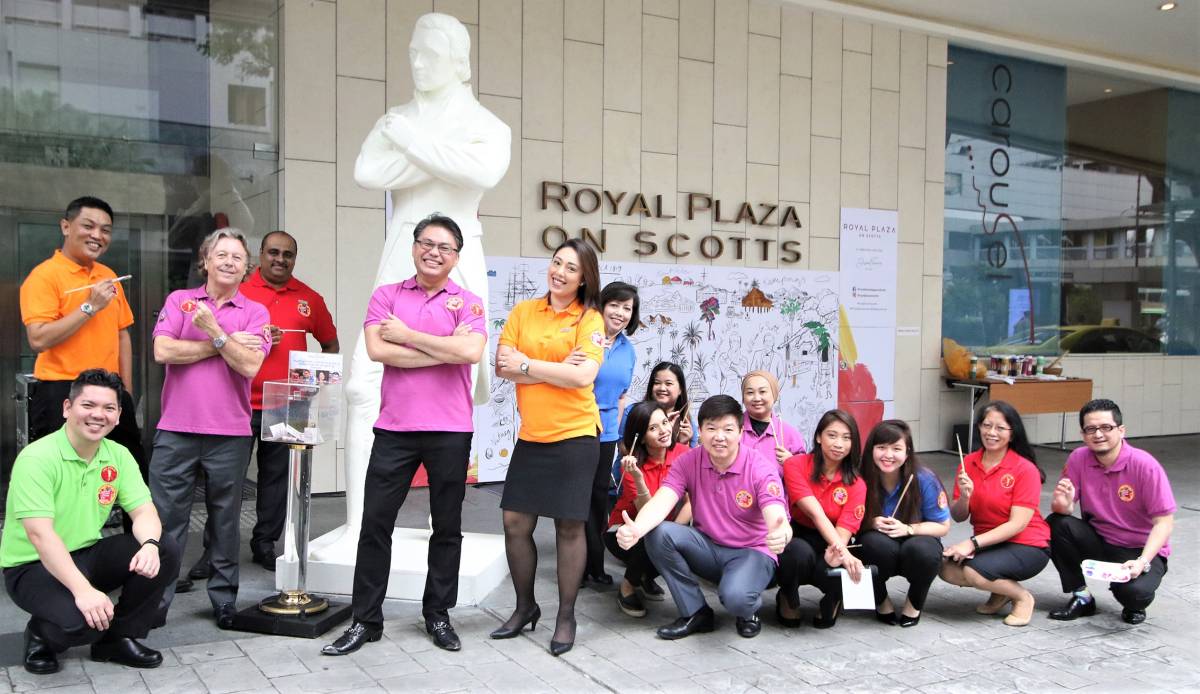 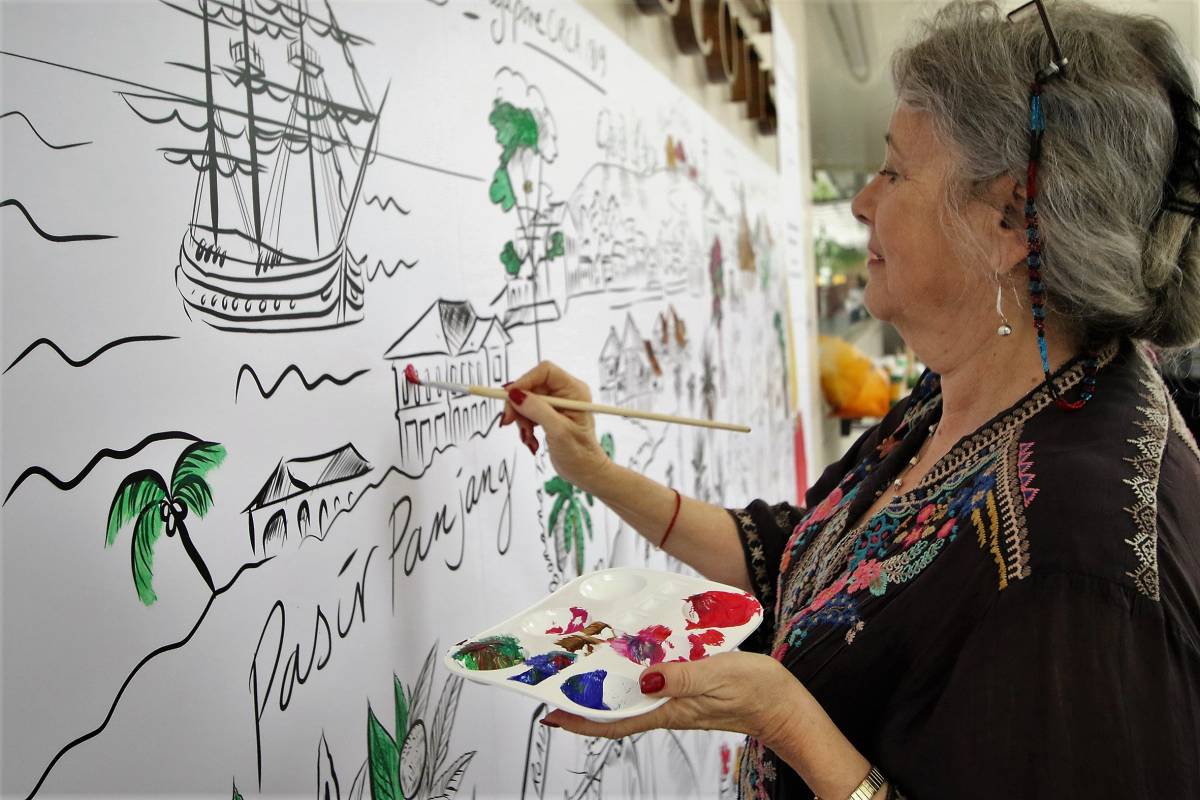 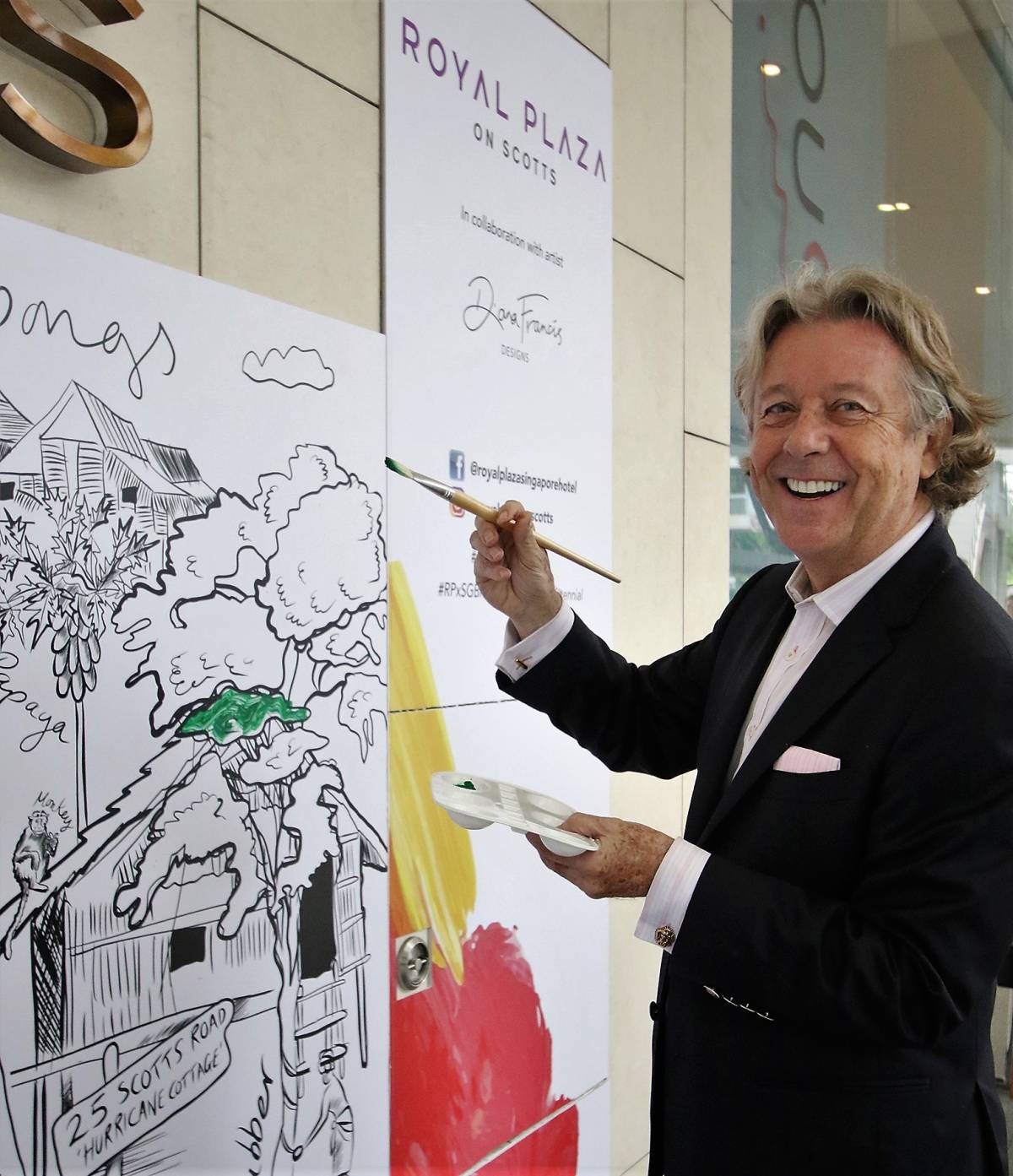 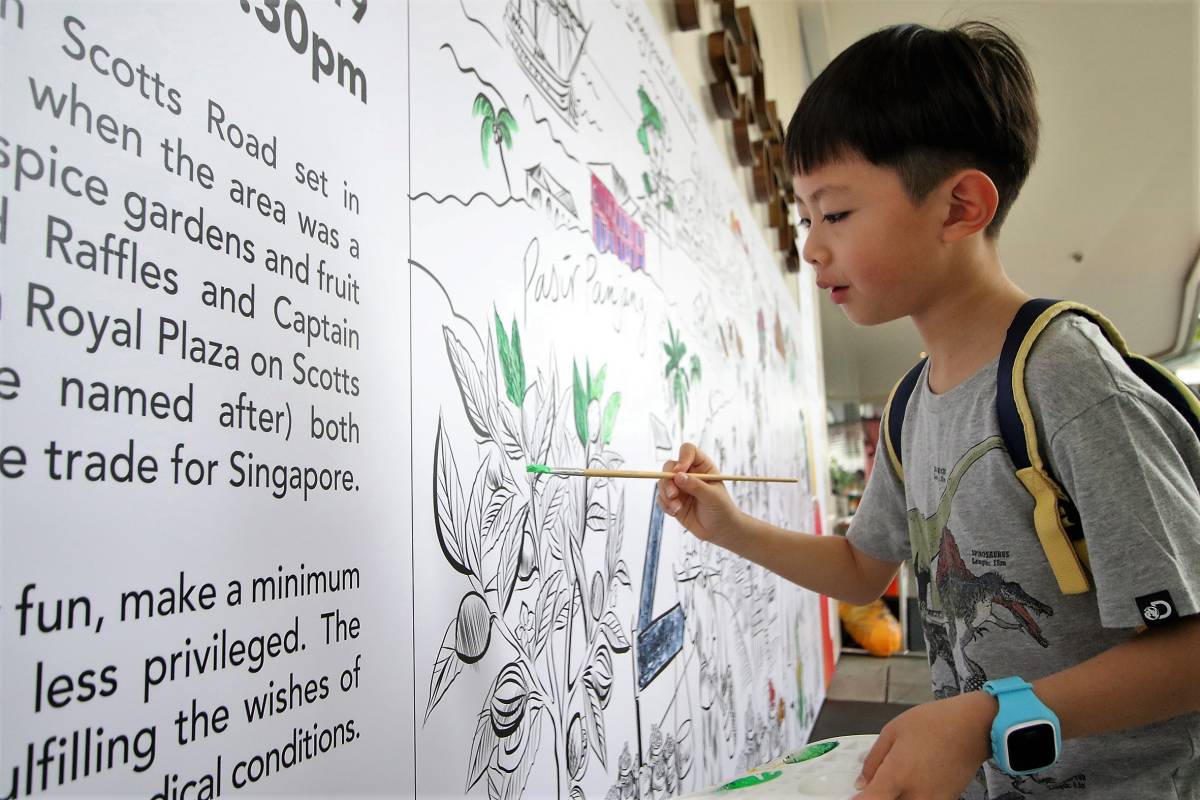 Singapore, 28 January 2019 – Royal Plaza on Scotts welcomed Singapore’s bicentennial with the launch of Spice of Life, a 3.6m by 1.7m art wall featuring the sights of Scotts Road and Orchard back in the 1800s. The event saw members of the public and guests come together to paint the story of Scotts Road. In partnership with Make-A-Wish Foundation Singapore, the public were encouraged to make a contribution. The art wall and donation drive will be up at the hotel’s facade from now till 27 February 2019.

Spice of Life commemorates the history of Singapore and Sir Stamford Raffles, the first governor of Singapore who signed the treaty in 1819. Sir Stamford Raffles and Captain William G. Scott (whom Royal Plaza on Scotts and Scotts Road were named after) both shared a dream of spice trade for Singapore, which sparked the development of spice plantations that used to grow where the hotel currently stands.

Royal Plaza on Scotts commissioned the artwork by fine artist, Diana Francis, who sketched the life on Scotts Road set in old Singapore. Spot Sir Raffles and Captain Scott looking out at the plantations, orchards and spice gardens that once filled the land here and Indiana, the ship that sailed Sir Raffles to Singapore. The artwork also outlines details such as Captain Scott’s home, which was a small attap house called “Hurricane Cottage”, and animals that roamed the neighbourhood.

In addition, get up close with the Sir Stamford Raffles statue for the first time in Orchard and take a wefie in commemoration of Singapore’s bicentennial.

For this special event, Royal Plaza on Scotts partners with Make-A-Wish Foundation Singapore to support the less fortunate. Members of the public are encouraged to make a contribution where the funds go towards fulfilling wishes of children with life-threatening medical conditions.

Four Reasons For A Shopping Staycation In Saigon As The ...

REDISCOVER THE HEARTLANDS THROUGH JALANJALAN.ME