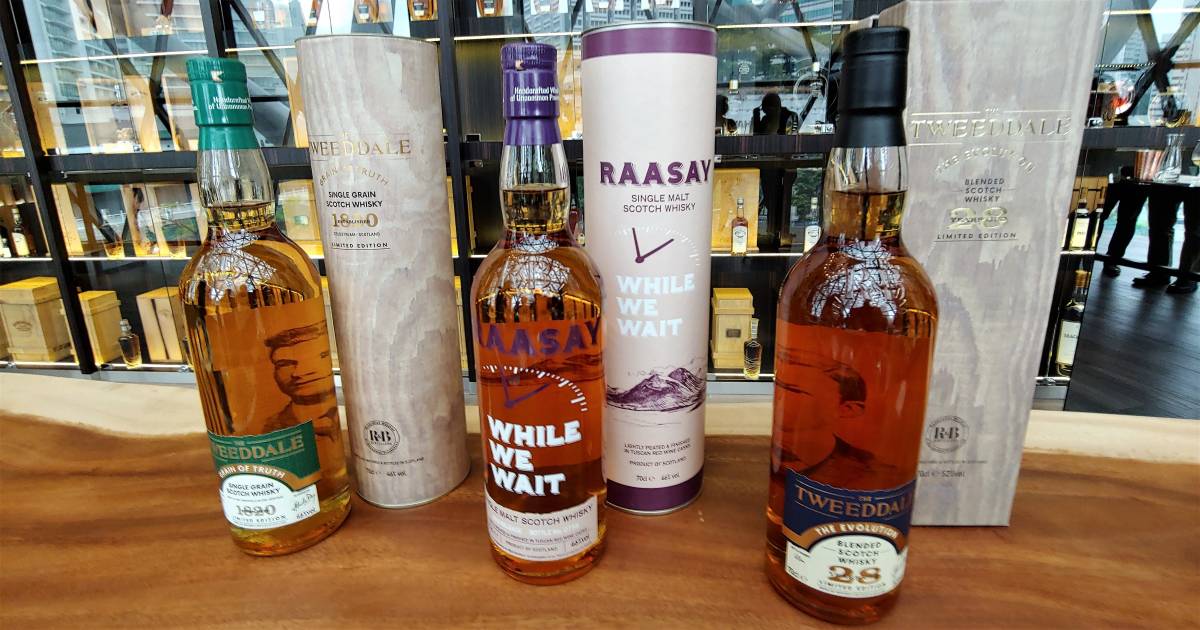 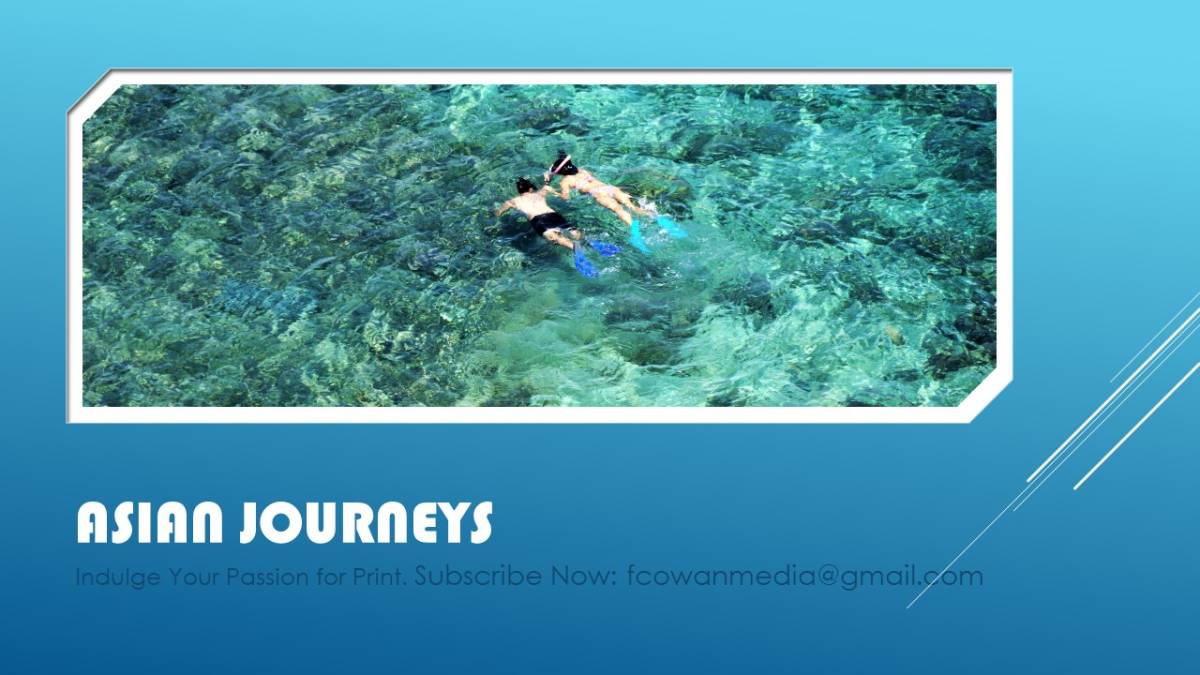 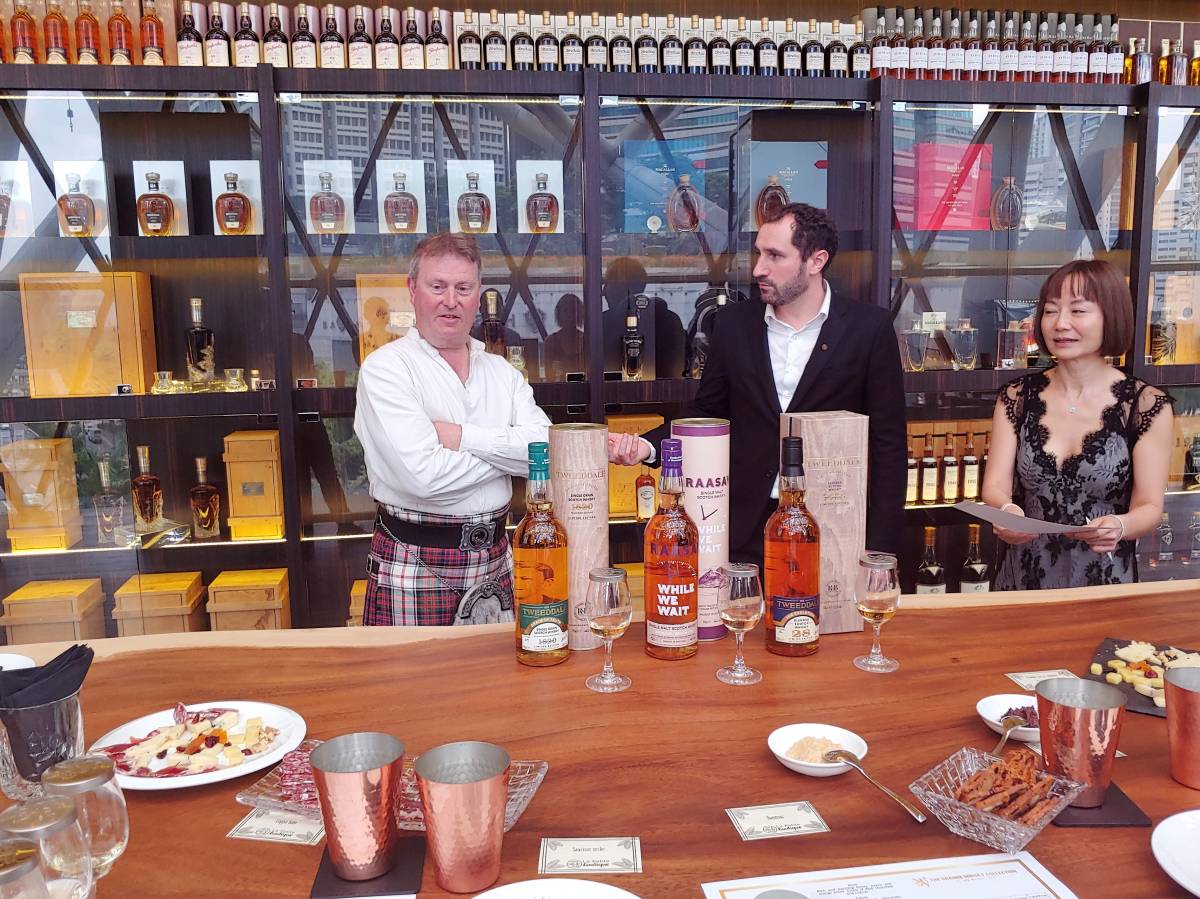 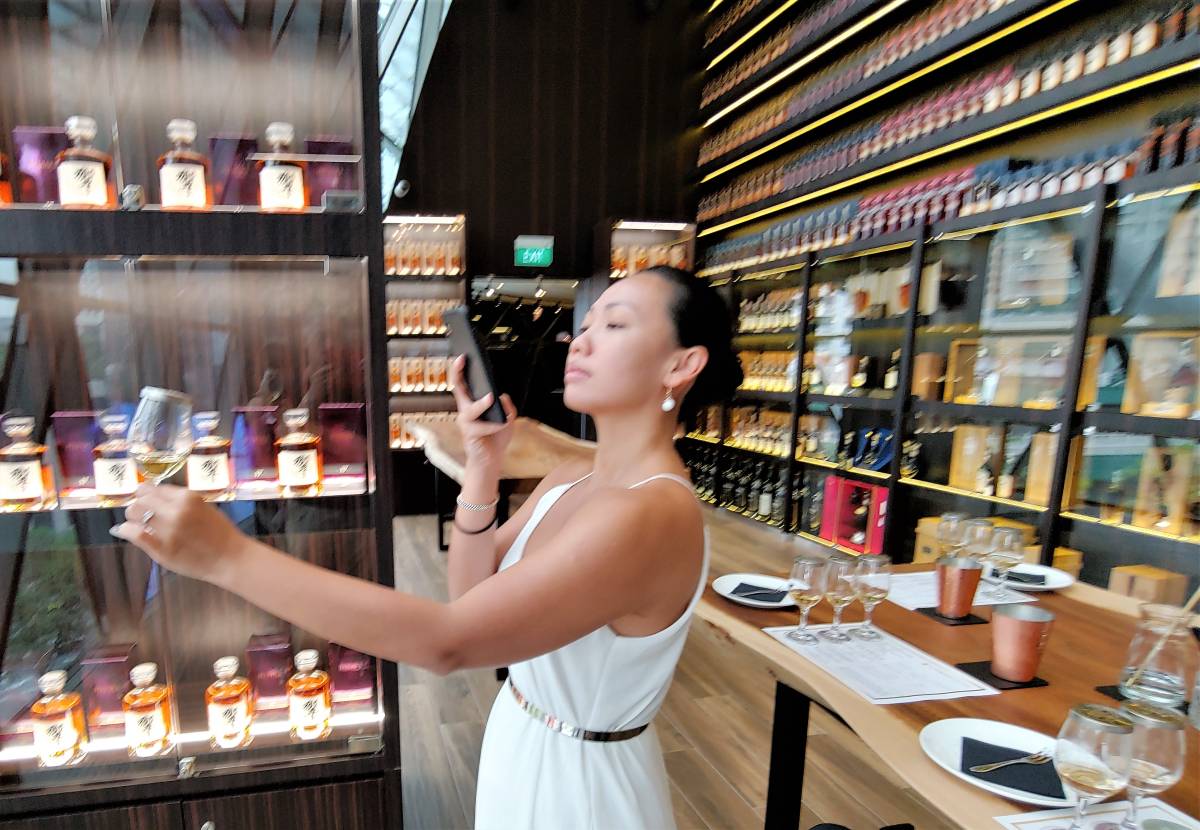 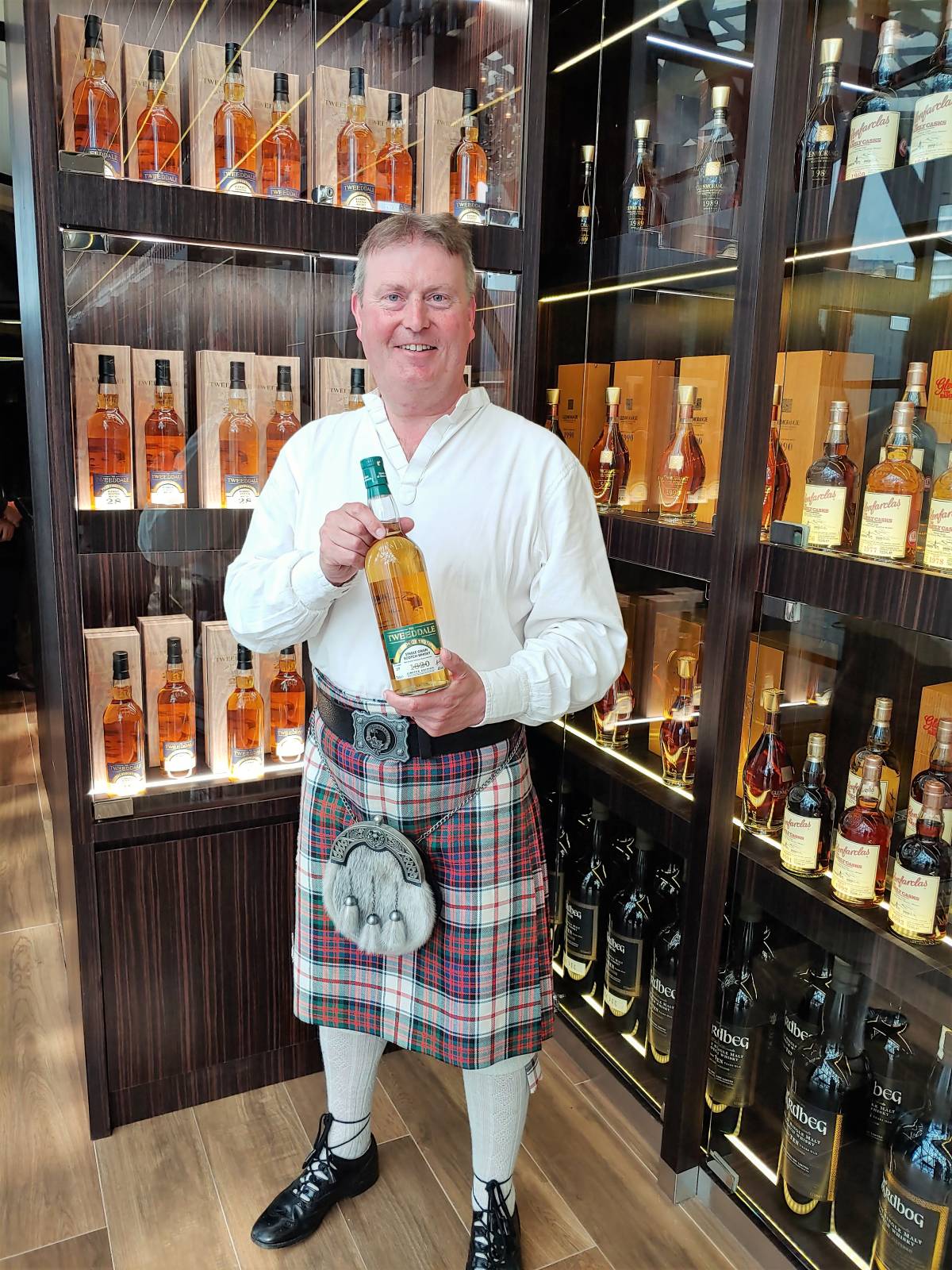 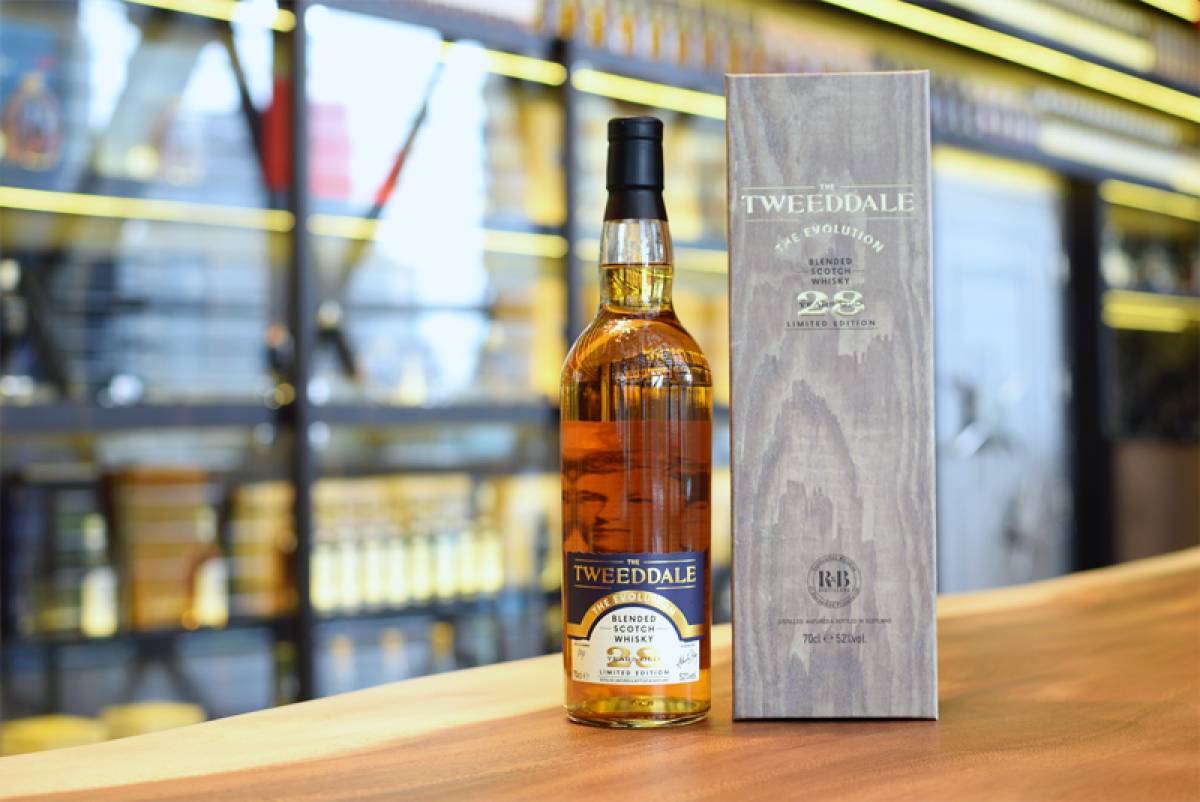 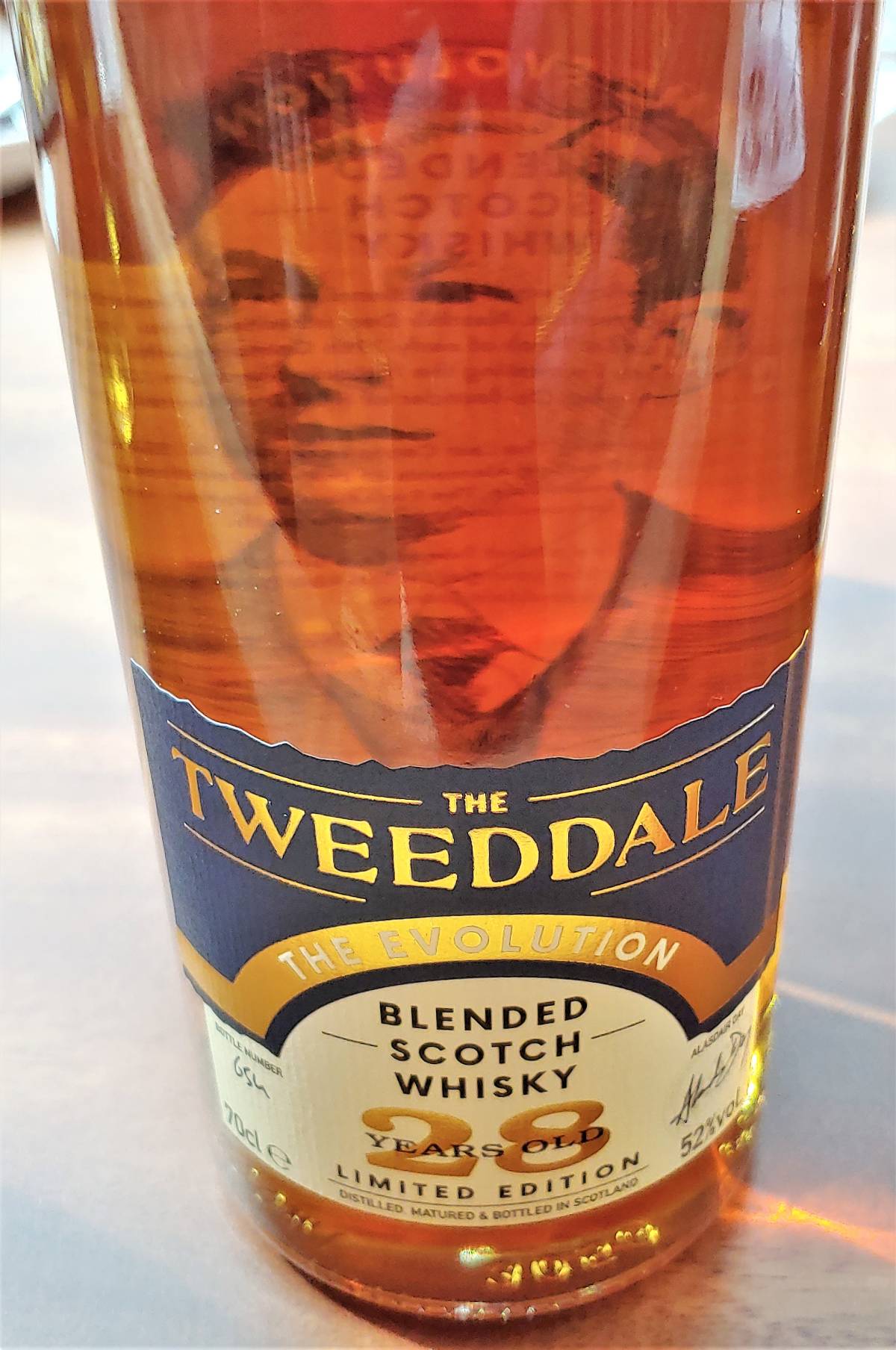 (Singapore, April 23, 2019) Tweeddale: The Evolution 28 YO has drawn inspiration from the brand’s fascinating heritage. Co-founder of R&B Distillers, Alasdair Day, (pictured below) is the great-grandson of Richard Day, (his image in the bottle) a master-blender in Coldstream in the Scottish Borders during the 19th Century. Alasdair inherited his great-grandfather’s whisky ‘recipes’ which had been painstakingly recorded in a cellar book – the back of an accounts ledger. Alasdair has been recreating the original Tweeddale Blends since 2009.

The youngest liquid in The Evolution 28YO is 28-year-old and oldest liquid is 31 Years Old. It is fuller in character than previous impressions, with its sherried and Speyside qualities. This latest edition boasts a richer and fuller character, with dark chocolate and black cherry on the nose followed by wood spice and earthy notes on the palate. This rich whisky is a luxurious addition to the sophisticated drinks cabinet.

Having analysed the cellar book R&B Distillers have carefully predicted the direction that they believe Richard Day was heading in with the blends had he continued to produce after WWII. The Evolution is their homage to this. It has recently won a Silver Award at the World Whiskies Awards 2019. Alasdair Day commented: “We are delighted to receive this recognition from the prestigious World Whiskies Awards. As we move towards the release of the first ever Isle of Raasay Single Malt in 2020, these awards highlight the hard work and dedication of the team at R&B Distillers.

At a tasting session (above) at the magnificent The Grande Whisky Collection Alasdair presented three distinct whiskeys. He began with The Tweeddale Grain of Truth, a light but flavourful whiskey with the cherry notes coming through. On the nose one detected rich and warming honey with hints of dark chocolate. A very accessible whiskey.

Raasay While We Wait, that was released in 2018, is a peaty, smoky whiskey. The reason it is call ‘While We Wait’ is because the distillery will release its first single malt in 2020. If you like a smoky whiskey this is not a second rate substitute until something better comes along. If you detect red wine notes it is because it is aged in Tuscan red wine casks. While it has many layers the 28 Year Old Tweeddale Evolution has the most depth.

The tasting notes alert you to that it is going to be “Big, full, juicy front palate.” There are Christmas Cake, black current and pear notes. “This is a heavier, oilier,” whiskey notes Alasdair, “building up the structure. It was aged in cherry and in bourbon casks.” Tweeddale Evolution is really for the mature palate.  It is a blend of classic Speyside single malts and a Lowland single grain.

You might ask, which one is best? They are all good and 'best' would only be determined by your preference as they are distinct and delightful.