The Smoke that Thunders 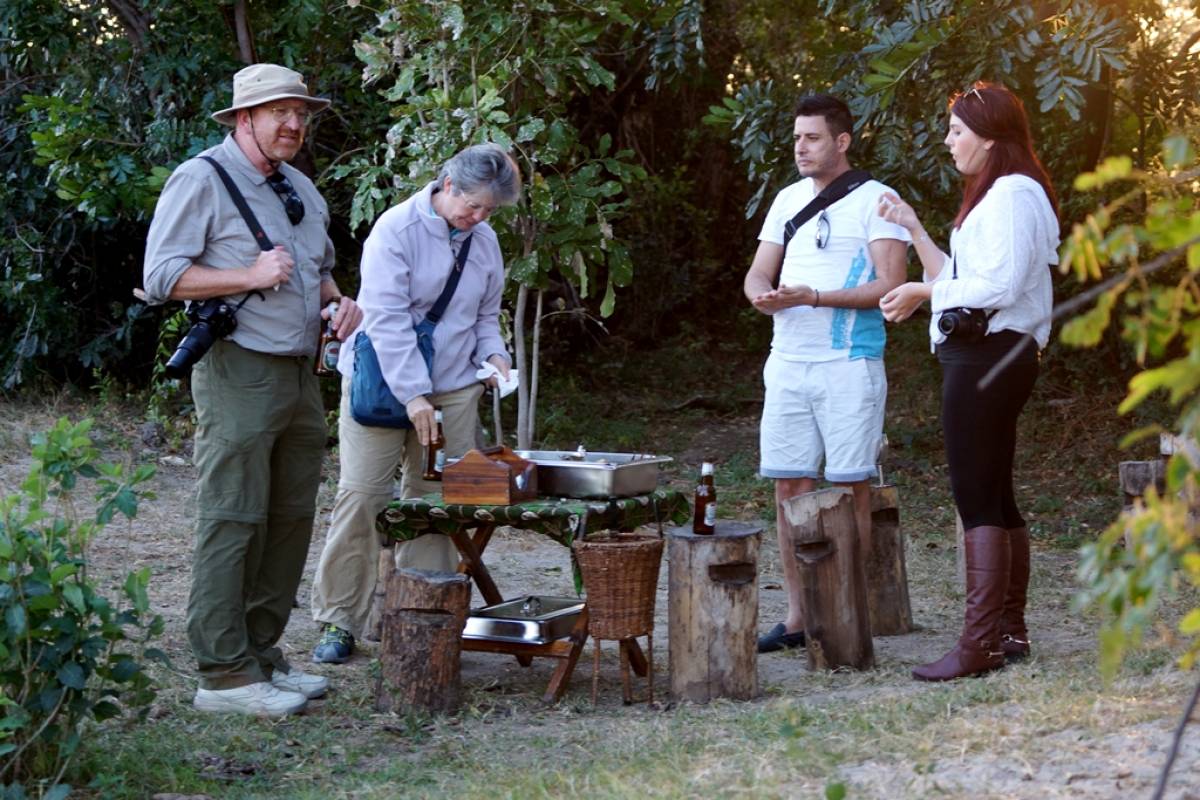 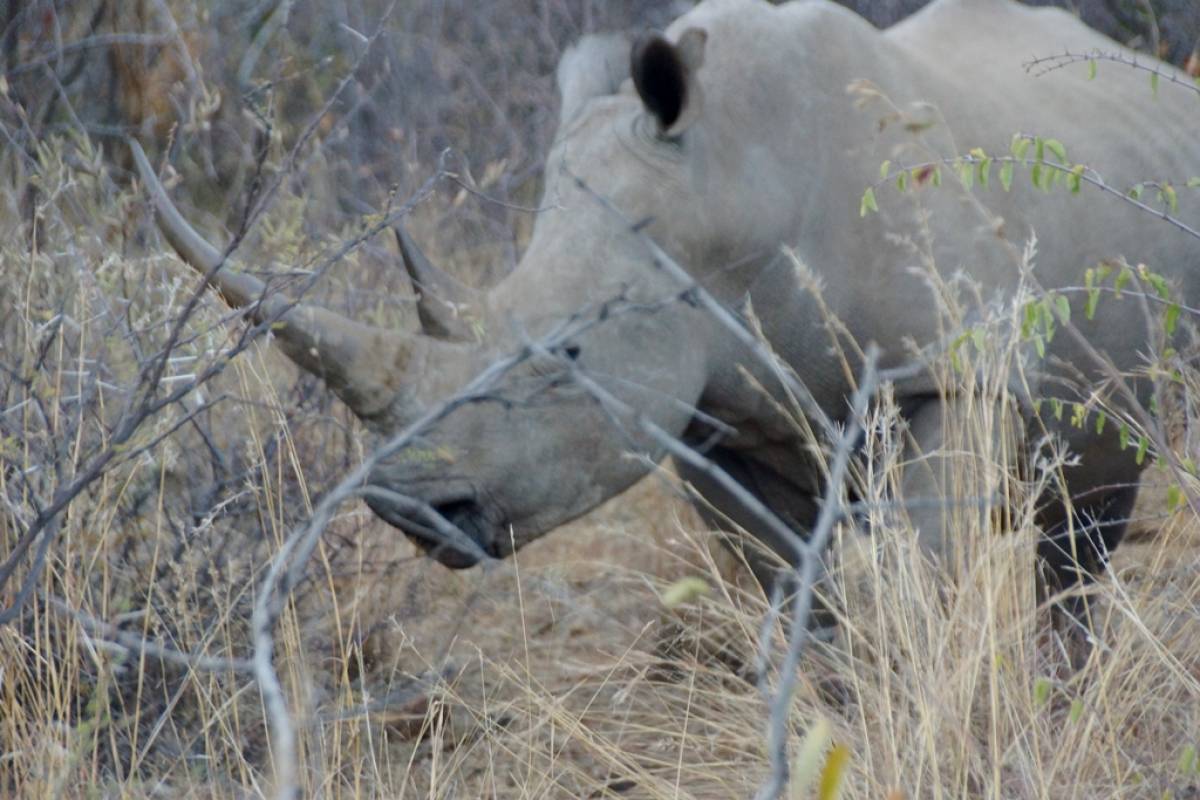 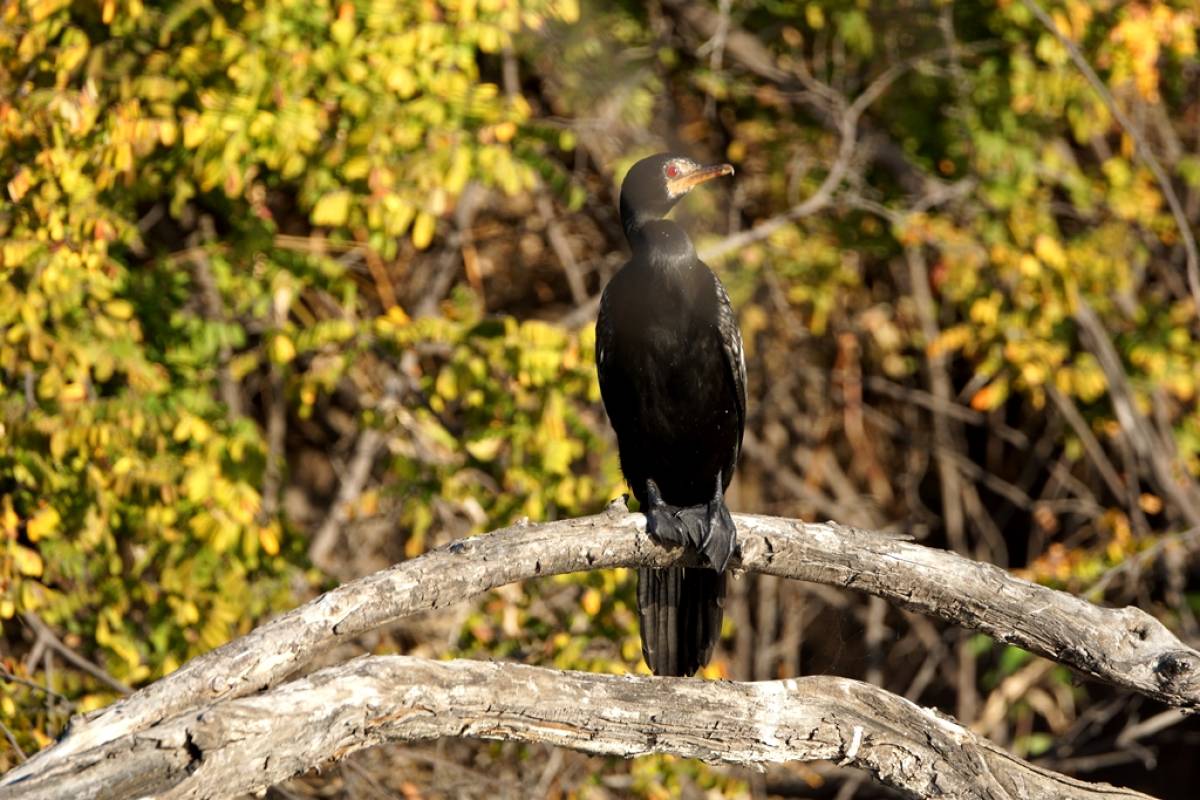 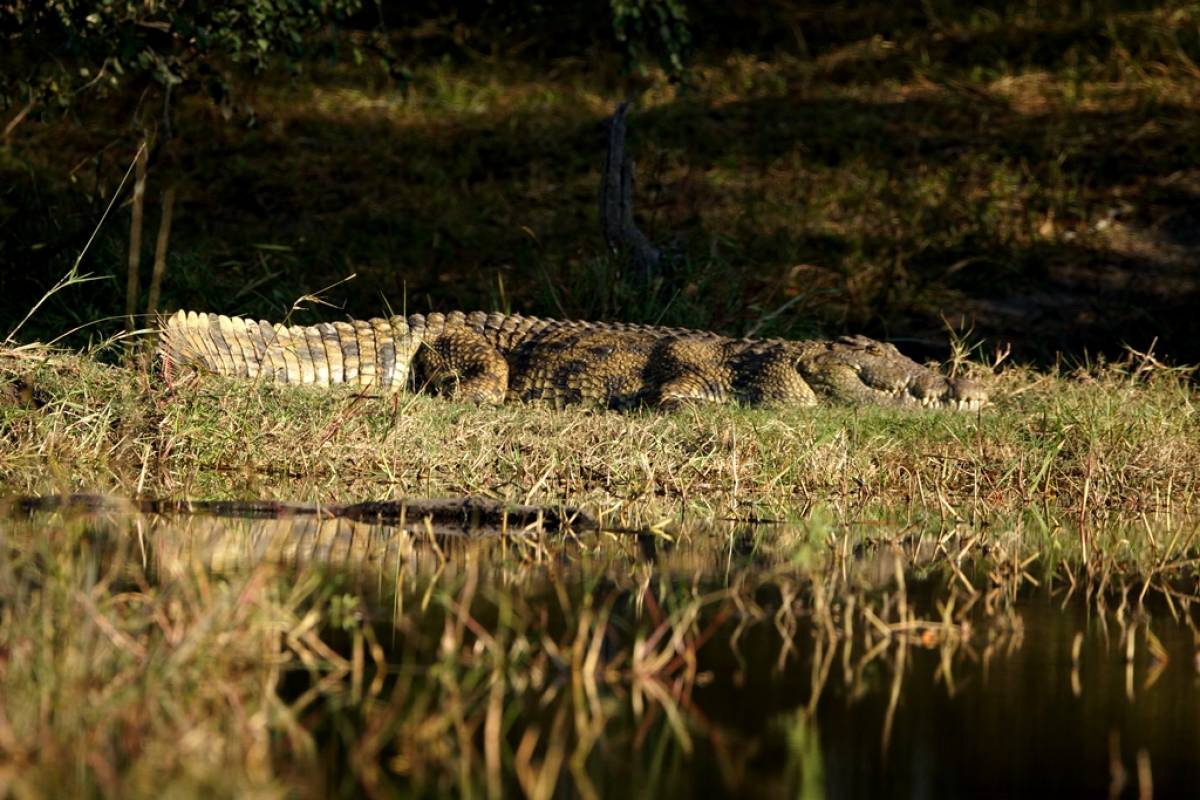 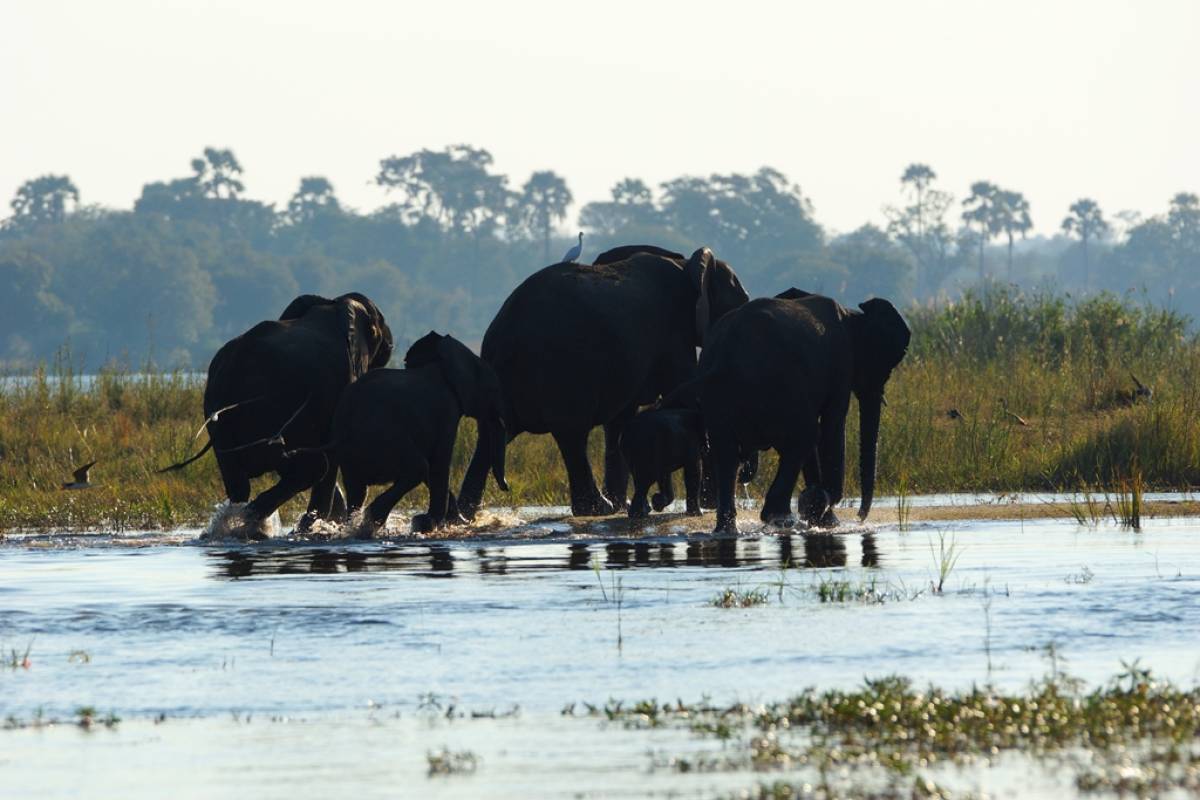 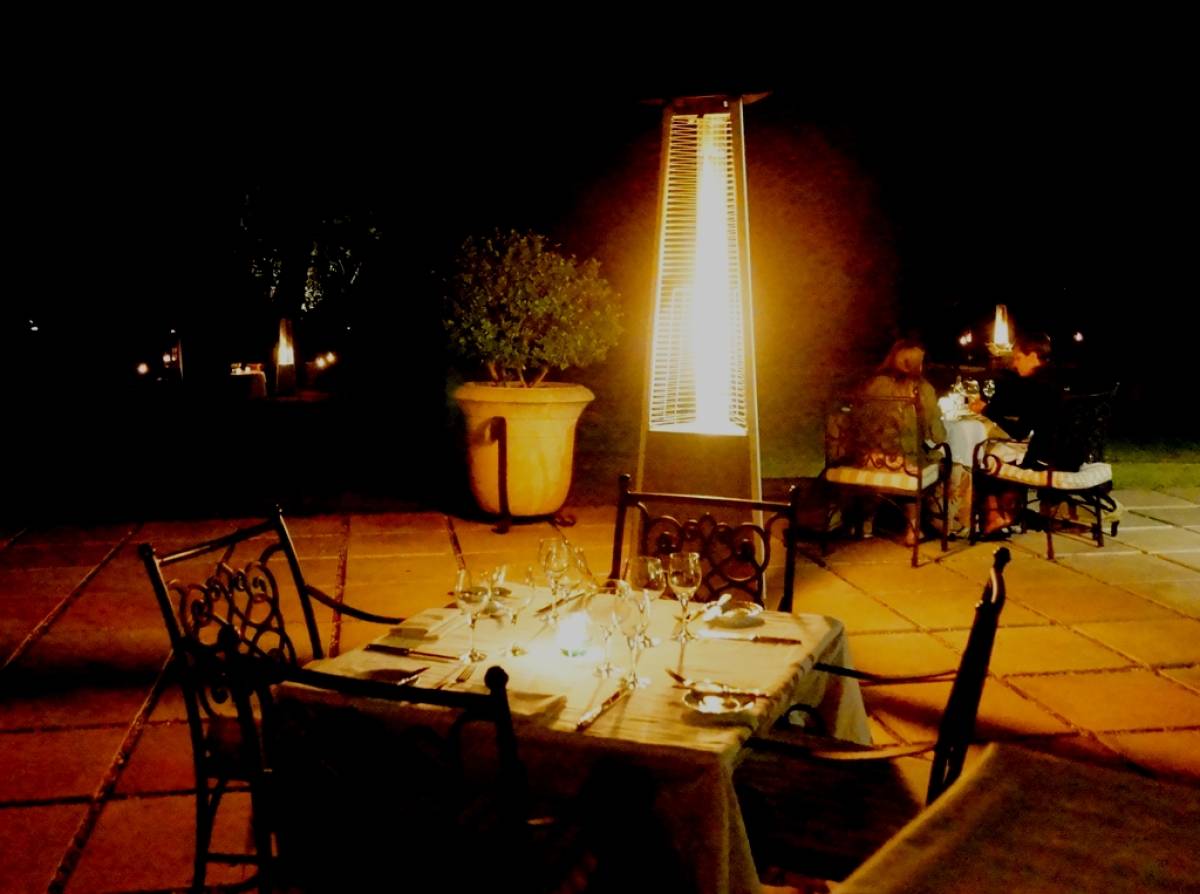 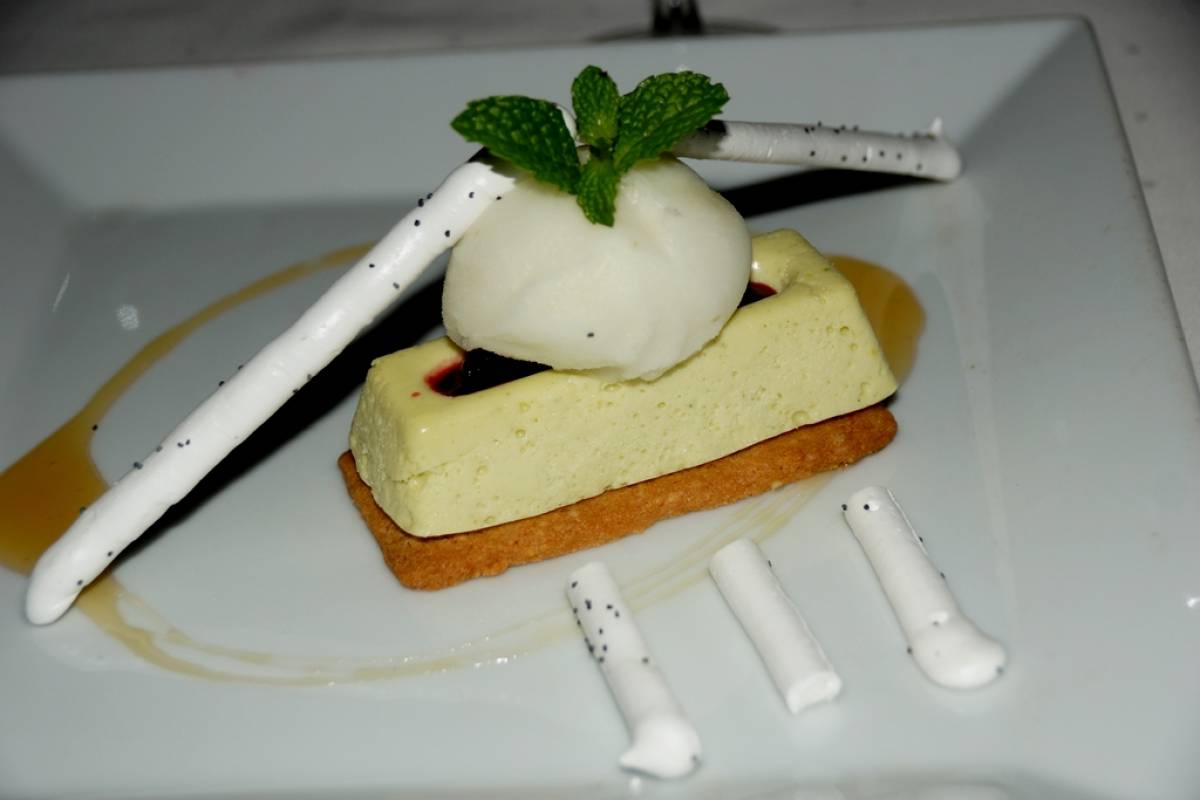 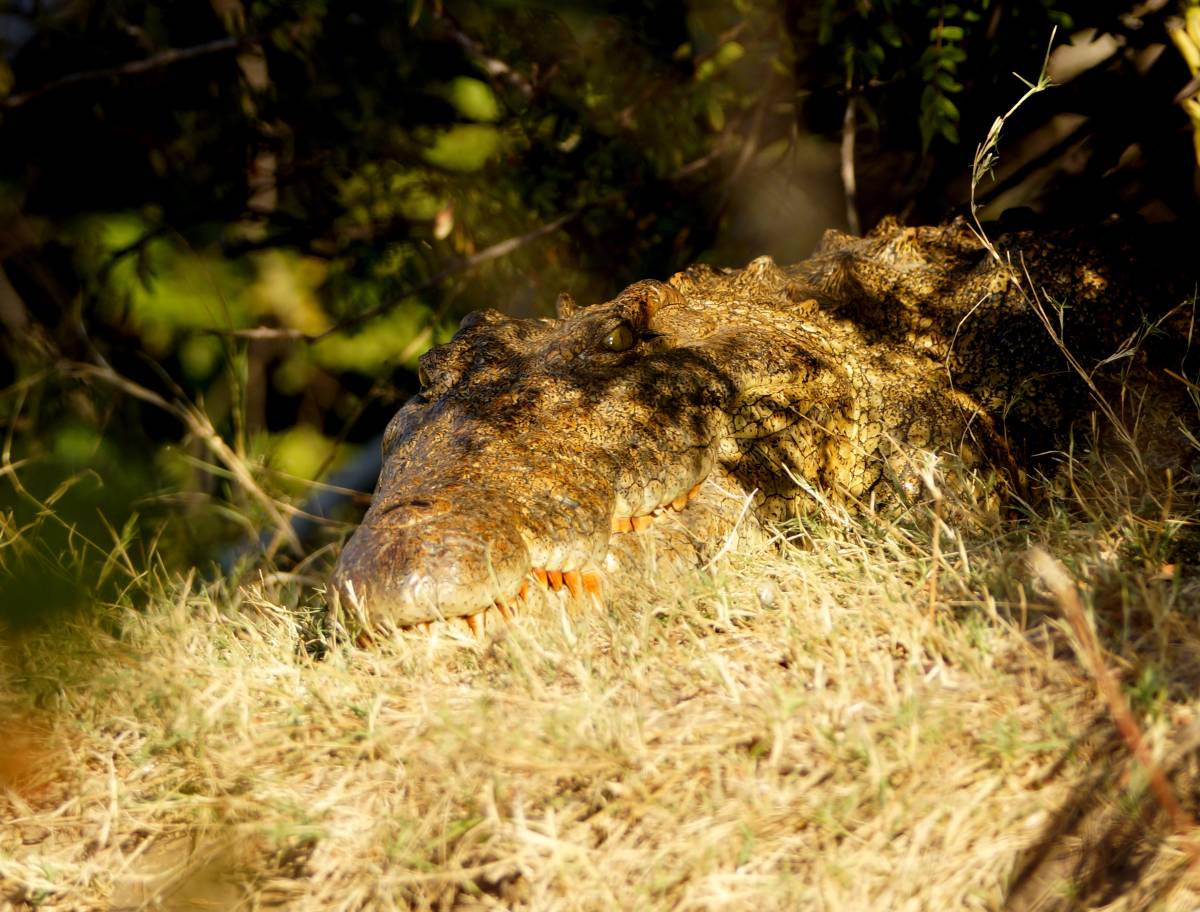 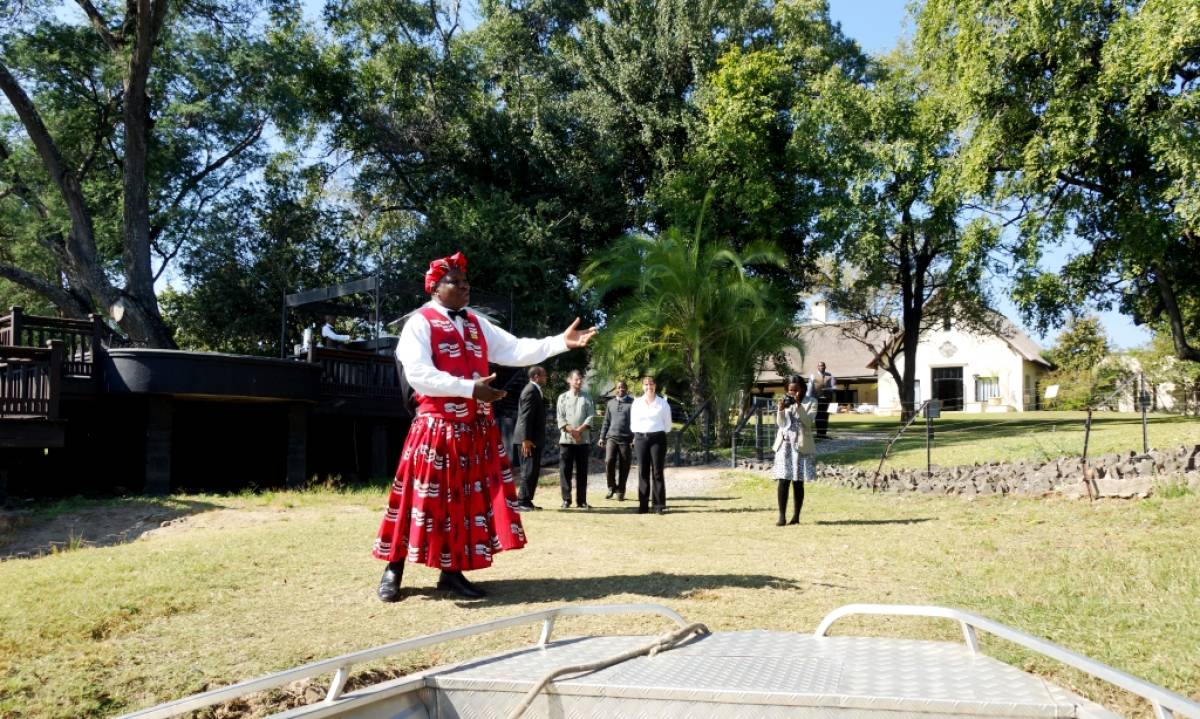 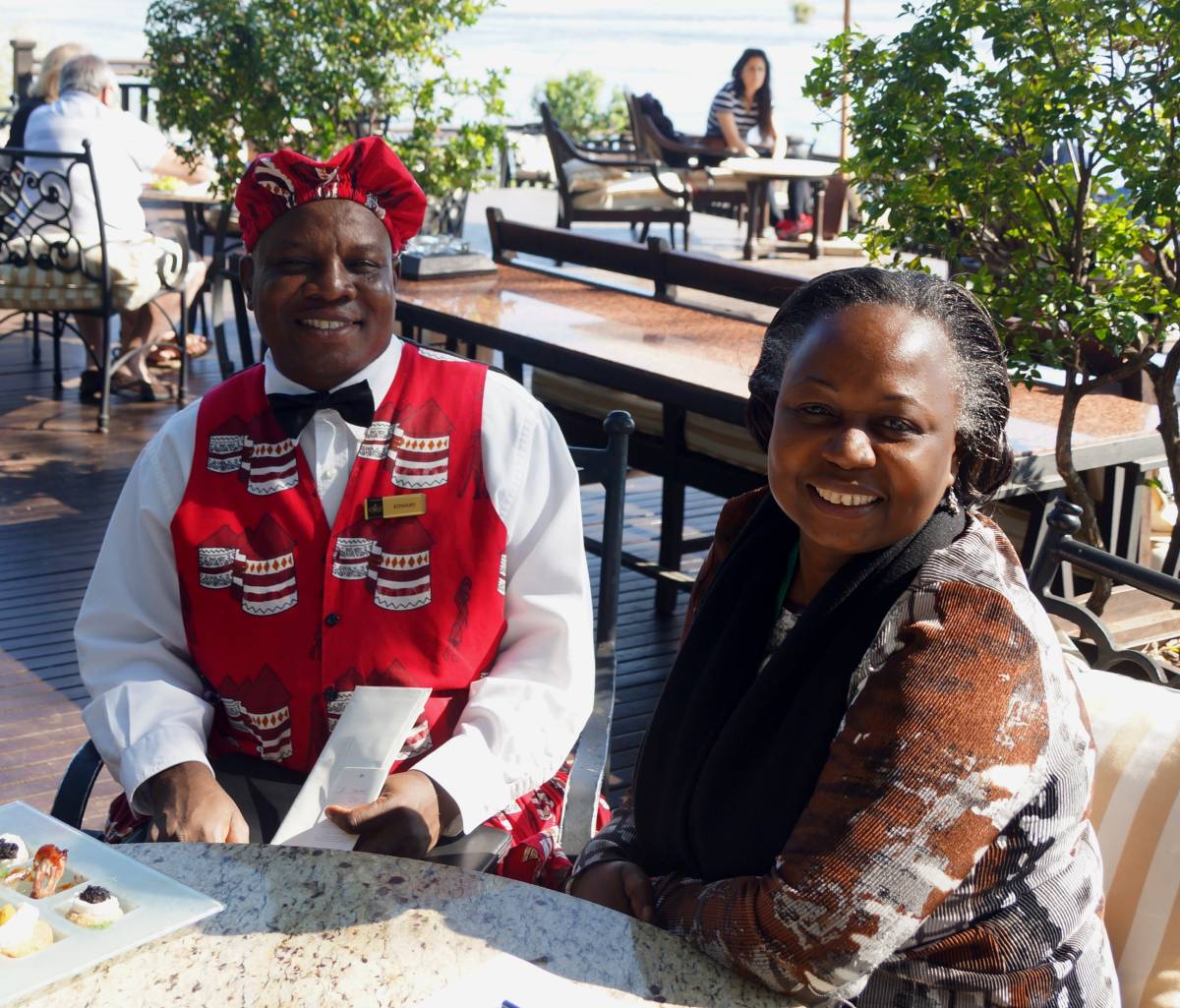 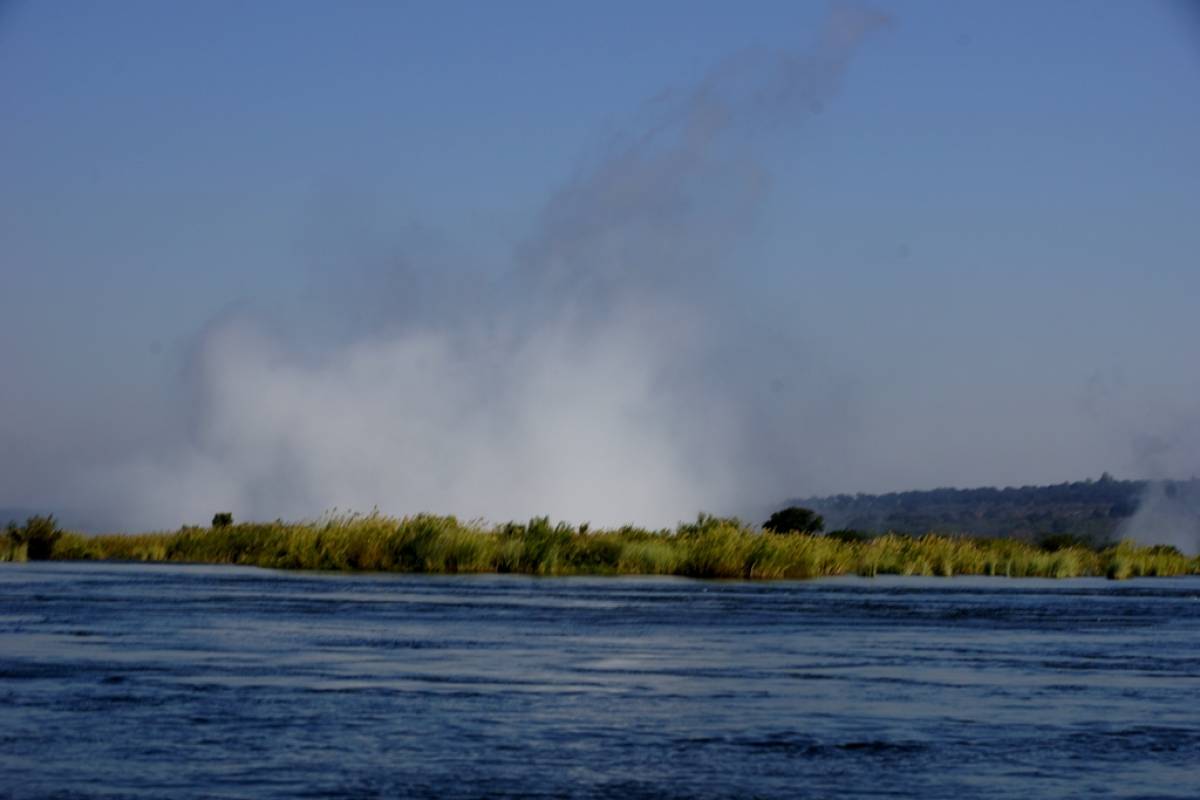 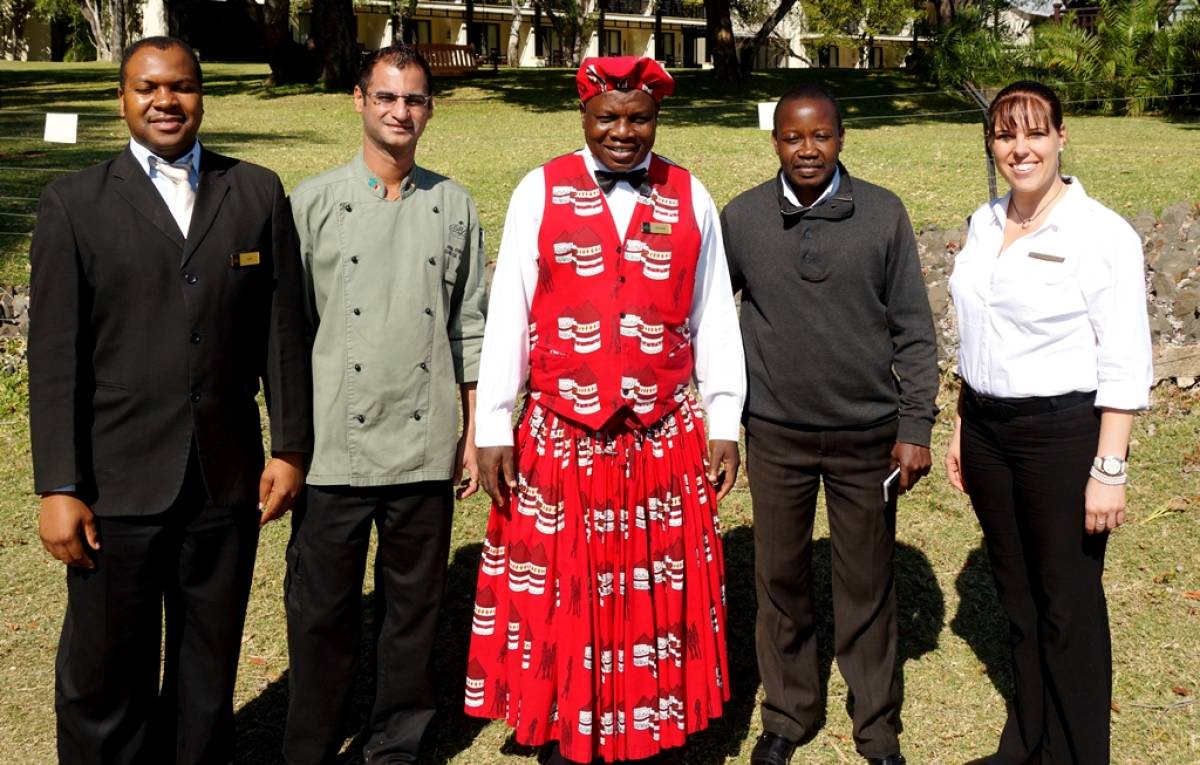 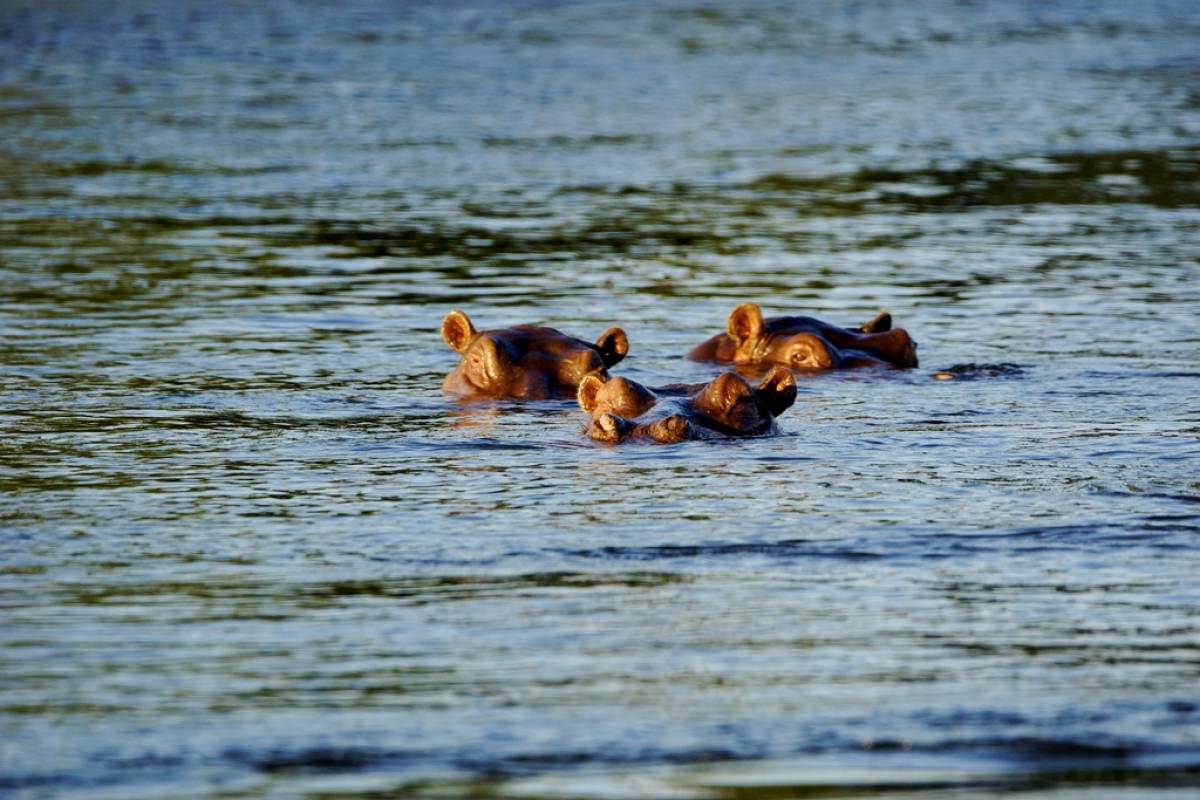 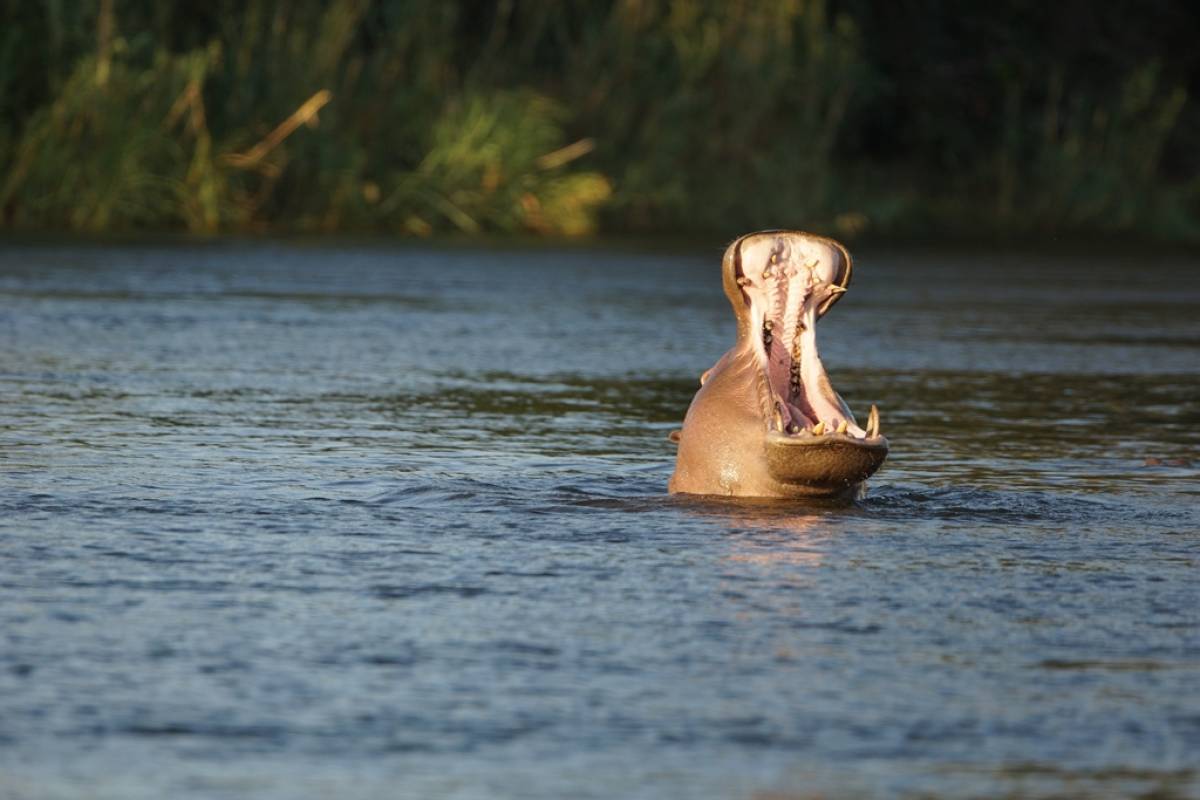 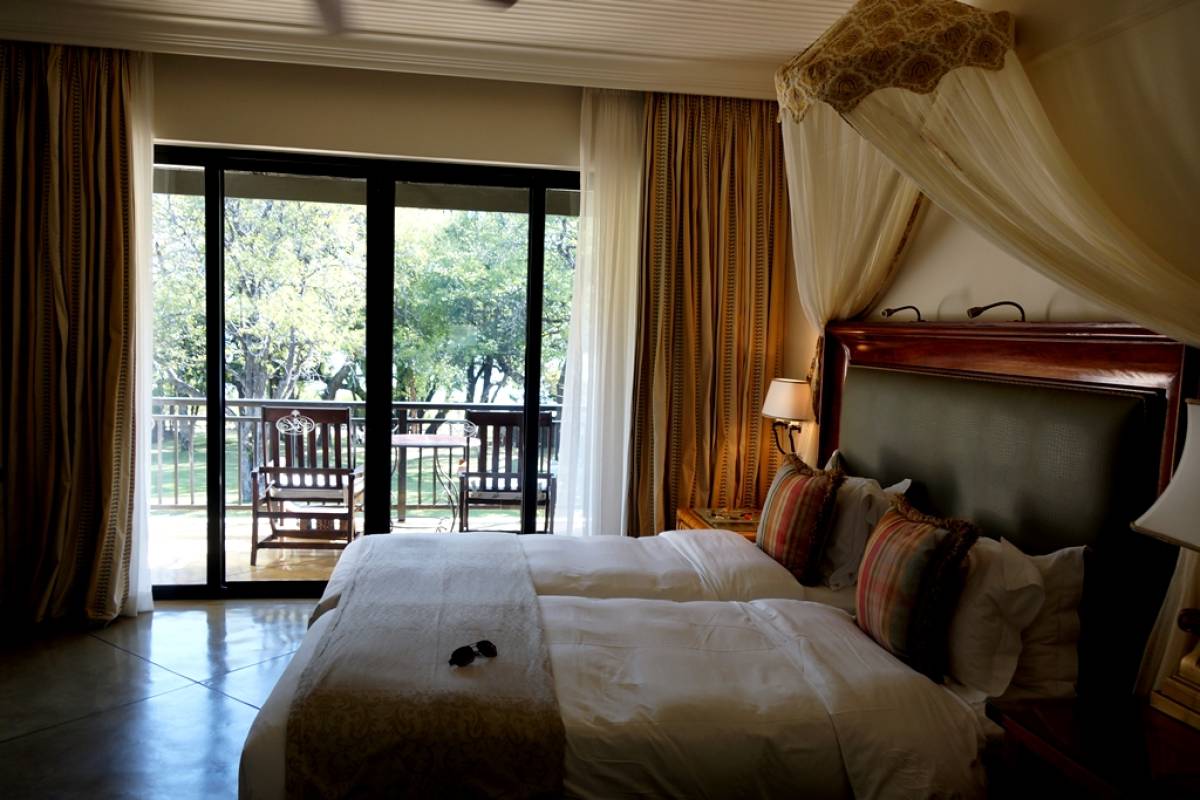 It was a 6:00am start to the day with T’sile picking me up at the lobby for the two hour drive to Johannesburg Airport. We had our usual, long, non-stop conversation about life and living. Nokie was also up early to see me off, in the chilly morning.

Johannesburg Airport. I asked directions to British Airways and was sent the wrong way. At the end of Terminal A I asked again and was told to go to Terminal B. I was in International Departures. I had to go to the Domestic Terminal - though I was making an international flight. Of course, BA was at the far end of the terminal. I checked in and then had to walk back to TA where I went through security. I had no problem getting my Giraffe through security. They tend to be good travellers, but on this plane the overheads were small so he got to fly in his own special room.

I searched about a bit to find A00 - yes, I was assured that is a real gate. It is one and half hour flight from Johannesburg to Livingstone. It was a pleasant flight. They offered a chicken curry that was surprisingly good. What wasn’t so good was the visa on arrival. When I checked in the BA agent told me that the visa for Canadians was US$75.00 for a single entry. All other nationalities paid no more that US$50. I only had US$40.00 in cash. Three planes arrived at the same time and so the line-up was long. Eventually, as I was asking the immigration officer if he took credit cards a lady came from the other direction and to my surprise said to him, "I’m looking for Mr Cowan.” This was Joyce Sikabbubba, a lovely lady who was to be my new best friend for the next couple of days - and not just because she paid for my visa, (which turned out to be only US$50.00) but because she took care of me during my two days stay at Sun International’s Royal Livingstone.

As we drove to the African Queen Jetty for a water taxi transfer to The Royal Livingstone Hotel, provided by Bushtracks Africa, she told me about the history of Livingstone, and about the hotel which was completed 14 years ago.

At the jetty on the “Mighty Zambezi” River I was directed to a speed boat while Joyce continued by land while I zipped down the river in a speed boat. The Smoke that Thunders

What a way to make an entrance - to the beautiful hotel facing the river behind a swath of lawn and a collection of trees. As we approached the bank there was a sun deck to the left that was busy with people not being busy, but having lunch, enjoying drinks and the magnificent scenery.

Eddy, in his colourful outfit, swayed and waved and was the first to greet me when I stepped ashore. A number of the staff were assembled on the shore to greet me. I’d arrived before Joyce, but the welcome was warm. I was introduced to a number of people, but I will introduce you to them as we more fully interacted.

Joyce arrived and we went to the deck where, in addition to a beautiful plate of canapés on a glass tray, we discussed my itinerary. "Do you like trains?” Joyce asked. “Yes.” “We have a dining train called the Royal Livingstone Express. It goes up to the Victoria Falls and stops on the bridge overlooking the falls near the border with Zimbabwe. We stop for some sight seeing, we’ll take some pictures, have dinner, have a few laughs. Would you like to do that?”

“Yes,” especially the laughs, I thought.

Leandre, who is the Spa Manager, interrupted as this would interfere with my spa times. “We had planned to give you two spa sessions, but not at the same time. That might be a bit much.” So one spa time was eliminated. Leandre told me about the Royal Water Retreat massage, going into such detail it was almost like having a session.

Edward, in addition to being the Guest Relations Manager, was a story teller. “What stories do you tell? I asked.” “Long ones,” he replied. Unfortunately, I didn’t get to hear any of his stories, but I did get his warm assistance throughout my stay. He was always there to help.

When I was arriving by boat I saw what I thought was smoke, that would’ve been coming from a very large forest fire, but then I realized it was the mist created by the falls that rose high into the air.

“The local name of the falls is Mositotunya,” explained Joyce. “The Smoke that Thunders.”

I was shown to my room, which is done in a retro style from the Golden Age of Travel, but with all the modern conveniences. Flat screen TV and connectivity to the Internet, and like everywhere, Sun International makes it as easy to connect. At 3:30 I was in front of the lobby waiting to be collected for the River Safari. When the minibus arrived it was already full of travellers and with only two seats left I took one and immediately started talking to the lady next to me. She had grown up in Zambia but had moved to Australia years before.

She told me that there was not only the Big 5 to see - The Elephant, The Rhino, the Buffalo, the Lion and the leopard, but there is also The Special 5 and Small 5. It took her, her husband and some friends to finally identify all that belonged in each group, by which time we were back at the African Queen Jetty where I was to board another speed boat identical to the one I’d just taken to the Royal Livingstone. Others boarded the larger boat and there were several of the flat bottomed boats to take all those who were anxious to enjoy the experience. I got on a smaller boat with two couples. Dan and Shirley were from Albuquerque, New Mexico and Dimitri and his wife Ronel were from Johannesburg. On the British Airways flight from Joburg I had sat next to them. Ronel had tried to sleep all the way, and Dimitri looked a little tired too, so we never spoke to each other. When we were disembarking I was standing so I handed Dimitri his backpack from the overhead bin, but that was the extent of our interaction.

Now we all got to know each other along with “The Captain, guide and barman” and the “Co-Capitan, co guide and co barman.” Our guide and the pilot of the boat. “There is lots to drink,” the Captain told us so let’s start now. “Beer and white wine and soft drinks.” I had a bottle of Mosi, the local beer. “We will be going up stream for awhile, then we will stop at an island where we have food and more drinks and you can visit the African bathrooms (the bush).

They knew their jobs well and we cruised along an island that is 3.8km long and 800m wide. The guide said it is Zambia’s smallest National Park. It has elephants, birds, white rhinos that were introduced and hippos - as well as a crocodile or two. We travelled close along the bank of the Zambezi until the boat put its nose towards the shore. Slightly above the water, on the bank, was a huge crocodile sunning itself. Our presence may have disturbed it as it rose and strode towards us as it slide down into the water, but went off in the opposite direction. Further up river we stopped to photograph birds and then behind us there was a group of elephants, walking away from us into the low evening sun. Then we roared off towards the falls, but stopped near an island where hippos were barely visible above the water. We didn’t go very close. “The water is shallow there,” the Captain explained. “Hippos don’t swim very well so they stay in the shallow water.” One decided to give a big yawn and I snapped off a couple of pics. We then cruised to the island where we had food and more drinks. The timing was impeccable as they took us out into the middle of the river where we could watching the sun go down. They let us off back at the hotel. Though it was chilly, the long flaming burners provided some heat, and I was comfortable sitting on the terrace with a view of the African sky. The staff was, like everywhere else I went, engaging. I ordered the potato soup and it was excellent. It was so light it flew. It was not the thick chunky soup that potatoes usually make.

I had the Game Shoulder for the main course and I found it gamey and chewy. The Lemon Mirange was another good choice, as once again it was not the traditional pie, but a lighter tastier version of this dish. Moses Iluki Sililo, F&B Manager came by to say hello. He made the mistake of sitting down with me and I grilled him until I finished my excellent meal. I asked him what it he would say to my readers. He thought about it and then said, "Can I tell you tomorrow."

Of course and the next day he gave me an elaborate and excellent response.

David, the head chef, came by to say hello. I didn’t chat for long as it had been an exhilarating, but tiring day. I was sleeping soon after returning to my room, with thoughts of seeing Victoria Falls close up, running through my head. From start to finish Day 5 was to be one excellent day.