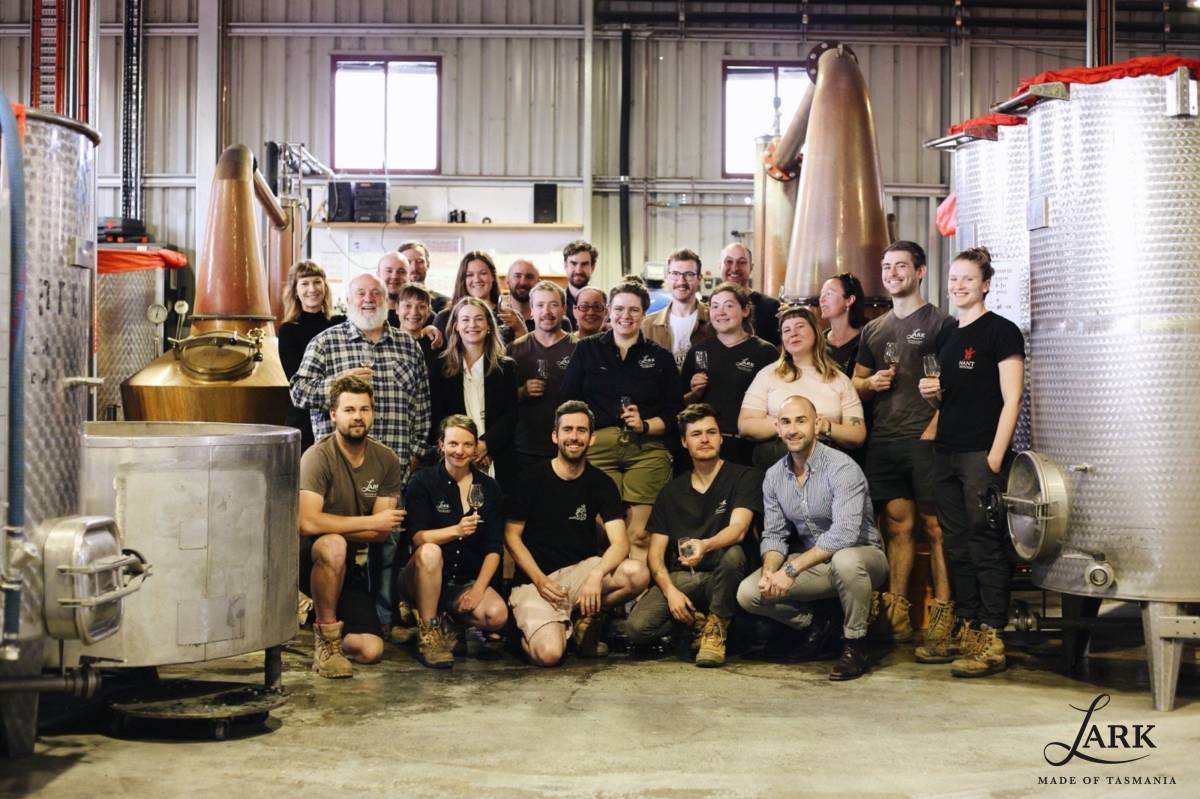 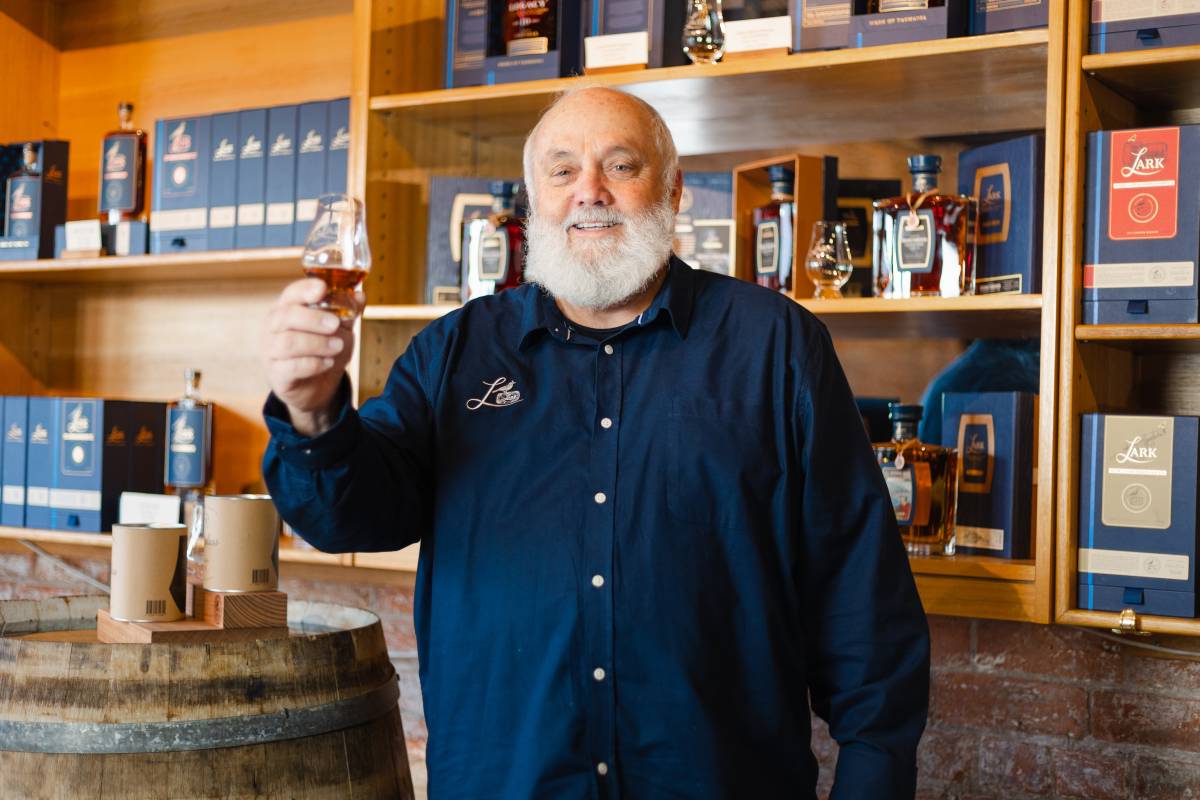 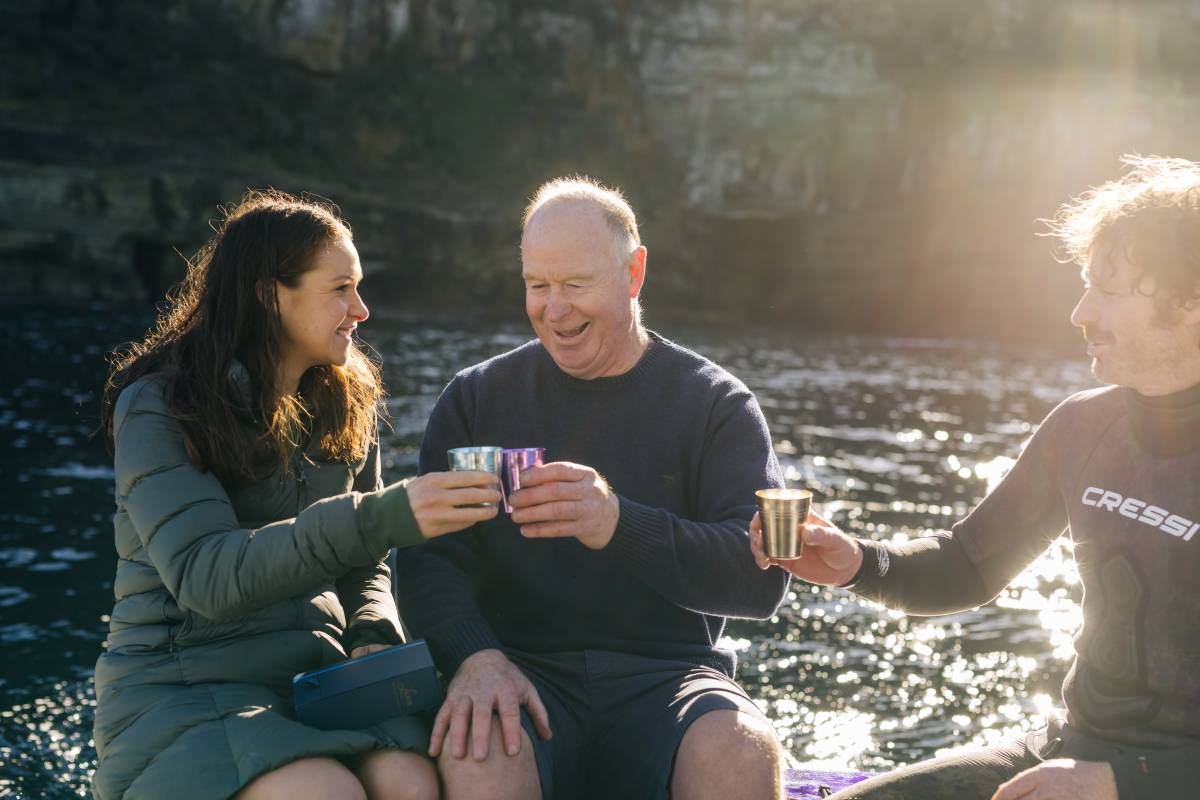 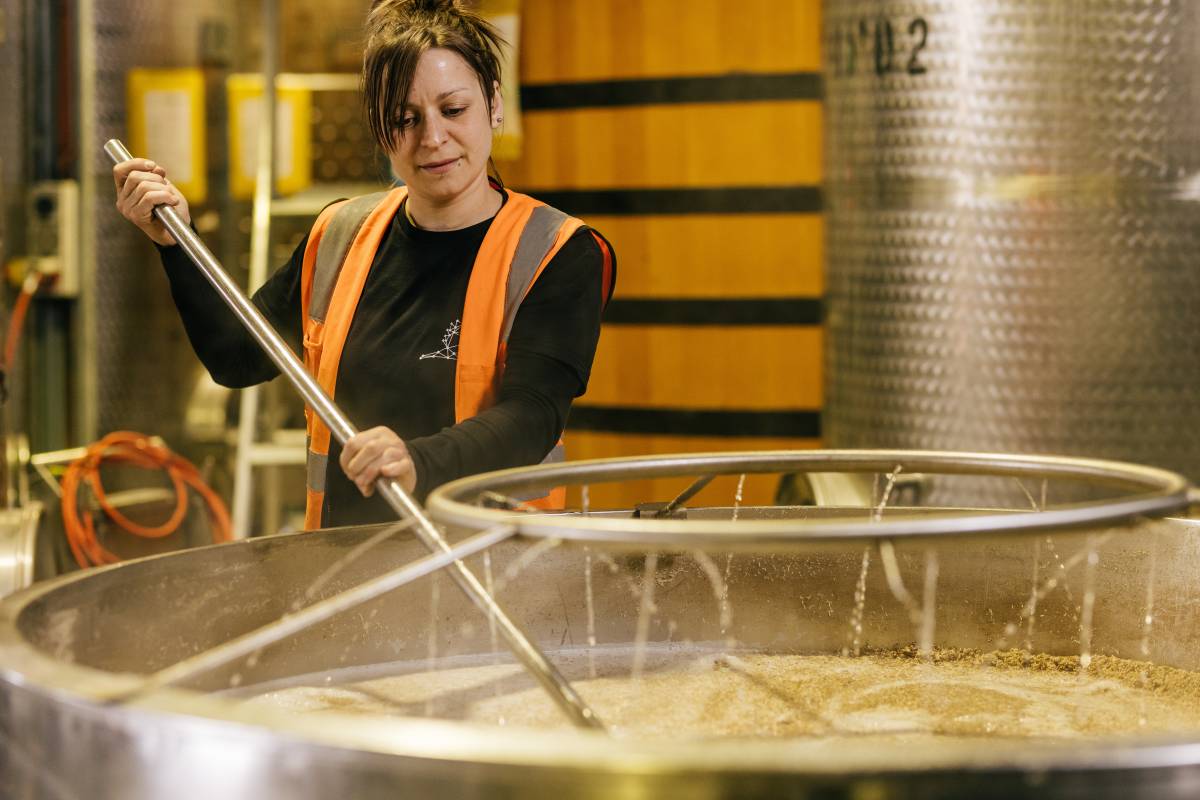 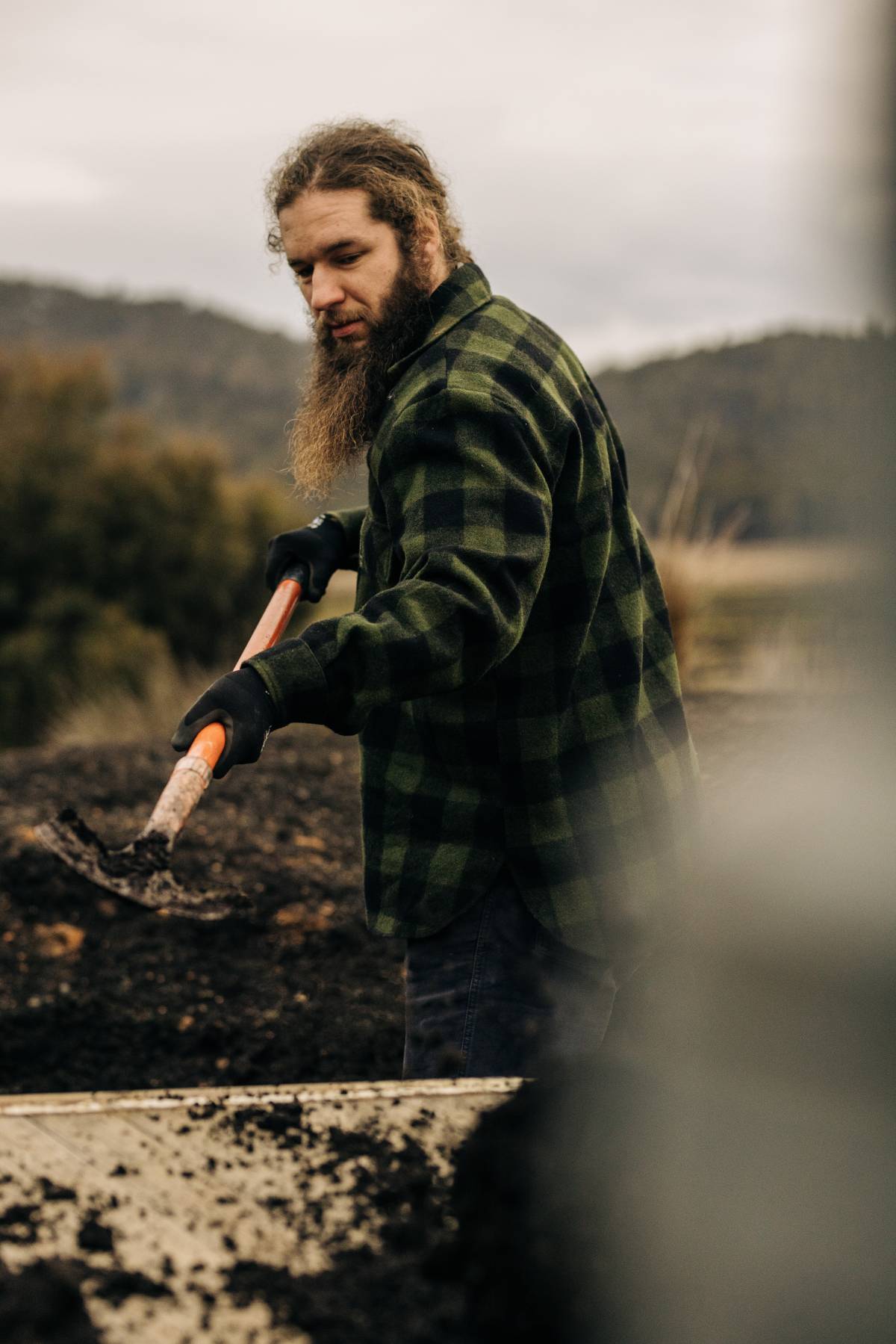 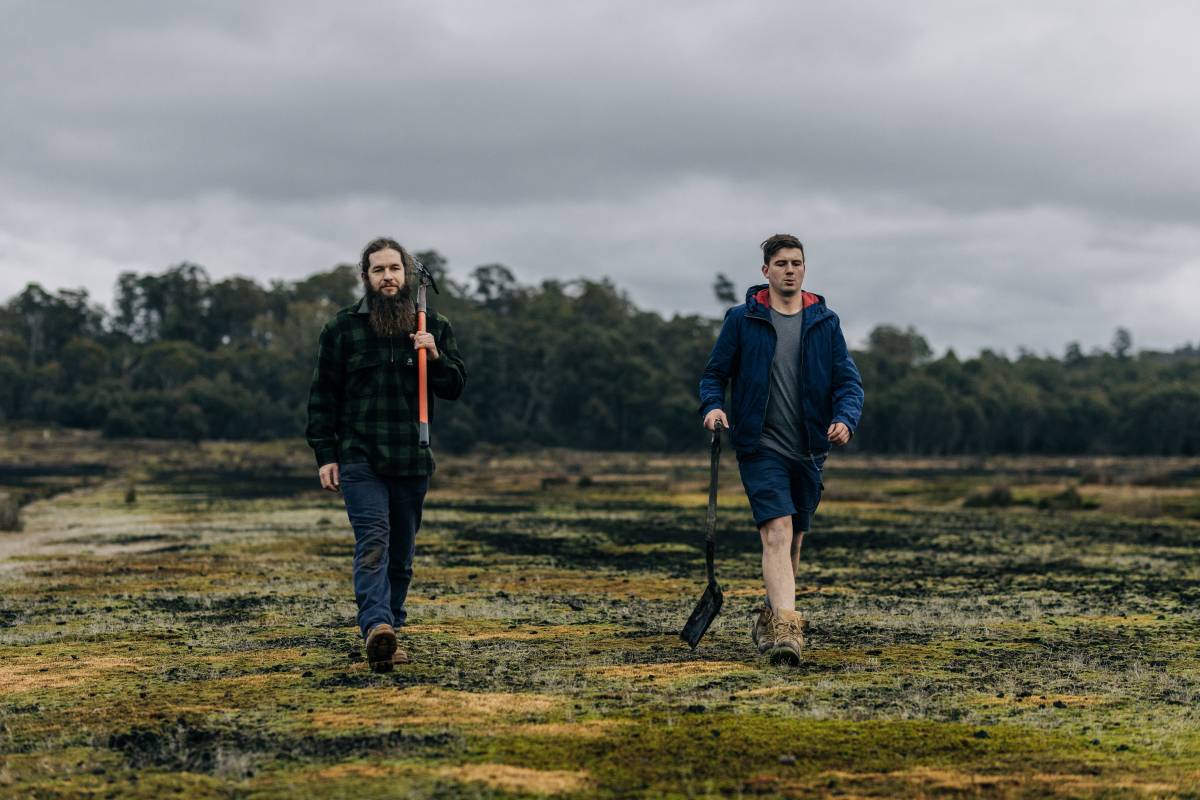 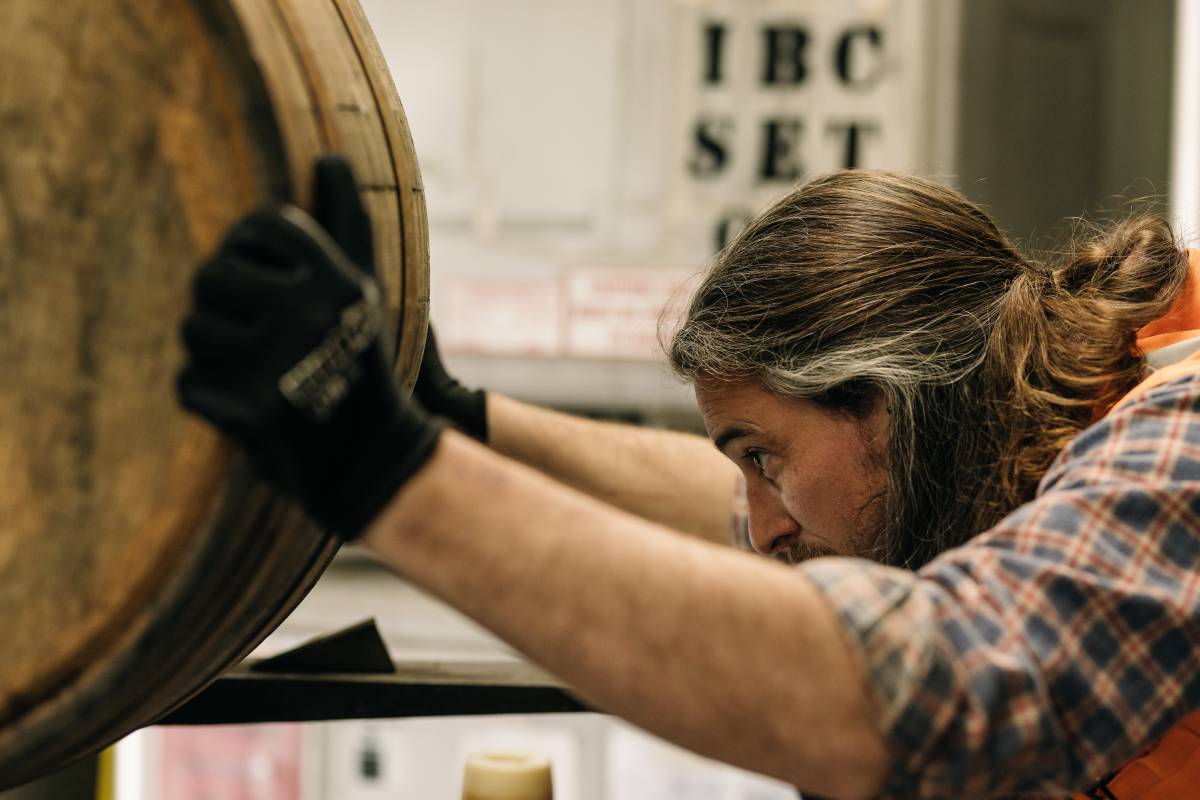 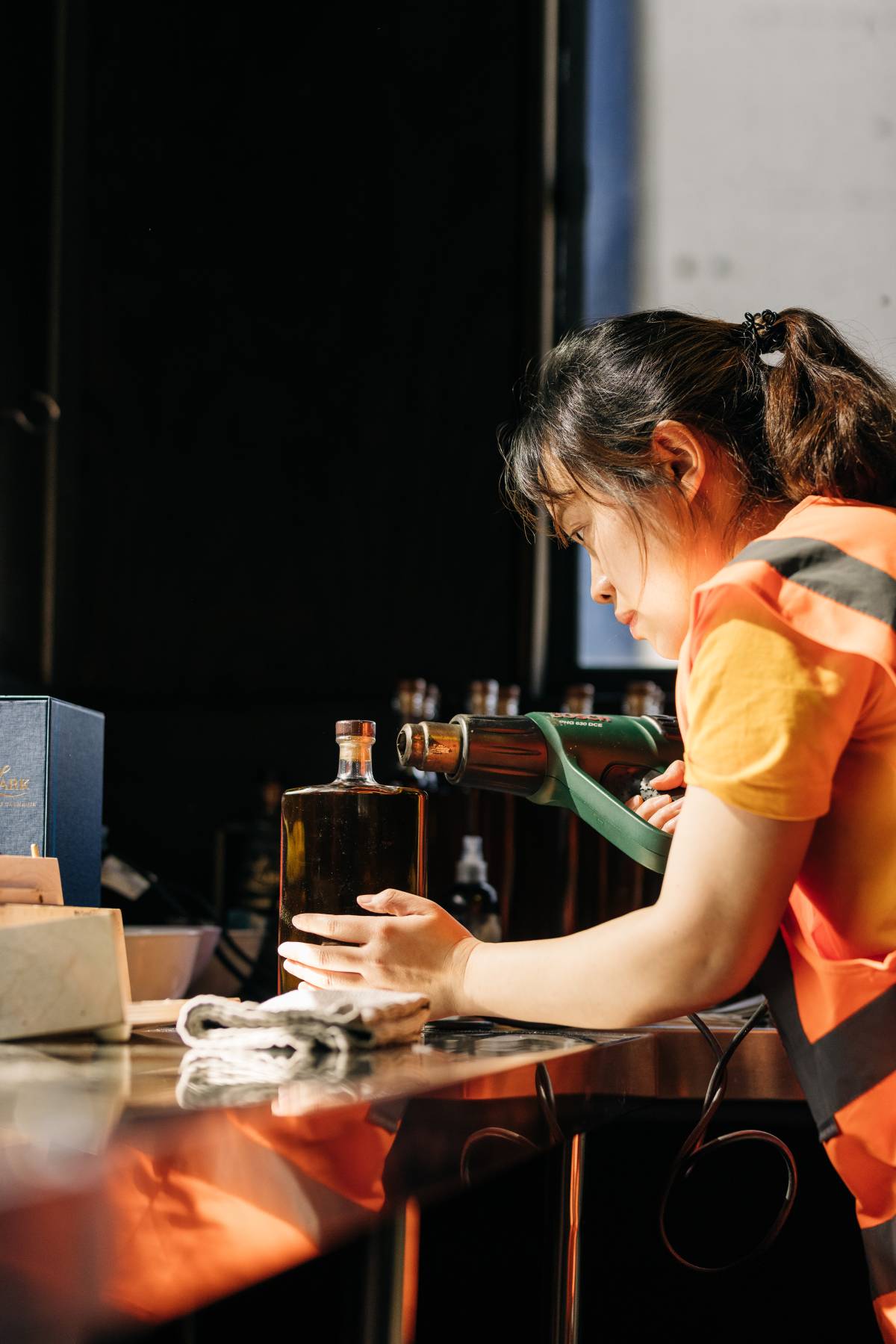 I was intrigued to discover that Tasmania produces whisky, and so I was delighted to learn more from fellow Scot, Craig Johnstone, about his journey with whisky. Craig shared with me insights into Lark Distilling and the spirit of innovation that has produced many firsts so far. Along the way we also explored the similarities and differences to Scotland’s ‘Water of Life’.

Craig’s journey with whisky began nearly 20 years ago and has taken him from Scotland to Canada, home to Scotland, then onto Dubai and for the last seven years, Tasmania.

Craig fell in love with the philosophy and stories imbued within whisky folklore during his time as a whisky guide at Glenkinchie. Working at Bruichladdich Distillery on the Scottish Isle of Islay introduced him to sustainability and the concept of business being more than profit and entertainment. This initial discovery of sustainability, and its ability to support local communities and the planet, inspired Craig to find opportunities to learn more and incorporate it into his whisky career.

Craig first encountered Lark whilst cycling to work in Edinburgh, Scotland’s capital city. He saw four faces projected onto Arthur’s Seat, an ancient volcano which provides glorious views over the capital. Three faces he knew from the whisky industry, the fourth he didn’t know but thought it resembled Santa Claus. Later that evening over a few drams in an Edinburgh bar, it transpired that ‘Santa Claus’ was Bill Lark, (pictured below) the godfather of Tasmanian whisky.

A few years later, Craig jumped at the opportunity to begin the next stage of his career and start his distillery journey with Lark. In the late 1980’s Bill Lark was perplexed as to why there were no whisky distillers in Tasmania, or other parts of Australia. He discovered that the reason for this was an archaic law. Together with his wife, he successfully overturned this law and thus began Lark and next year they will be celebrating 30 years of distilling. Lark became the first legal distillery in Australia in over 100 years, and the catalyst for a diverse distilled spirits category across Australia today.

Starting as a family venture on their kitchen table, they distilled one cask of whisky per year. Lark is still a business with community at its heart and now produces 75 casks per week. This is set to increase even further next year with the recent acquisition of Pontville Distillery and Cooperate, at the Shene Estate.

Tasmania is Australia’s least populated state and is home to Australia’s largest temperate rainforest. It offers a pristine environment in which to live and explore. The diverse global team at Lark are fully cognisant that they are dependent on this pristine environment and the need to work with nature to produce a product that people enjoy. Their aim is to do this this with as little negative impact as possible. This is a philosophy that permeates from the top to everyone working at Lark.

Sustainability has always been part of the thinking. Bill learned best practices from the whisky industry in Scotland and adapted these to respect the environment in Tasmania. Every part of the process from production to operations, marketing and hospitality are continuously scrutinised with the question ‘how can we do better?’

Energy used during production, although from a green source hydro-electric, still creates a carbon footprint. Lark reduces its carbon footprint by finding different ways to recapture and distribute heat around the distillery.  The redistribution of heat allows Lark to operate their smaller stills at zero cost and no carbon emissions. Lark is the first distillery in Tasmania to implement heat exchange technology and their new distillery, set to open next year, provides opportunities for this technology to become even more efficient.

Whisky is made from three main ingredients, good quality water, barley and yeast.  Water and barley are locally sourced, as is the peat used during the production process. Peat is an essential addition which creates smokiness to the flavour and aroma of the whisky. The peat smoking method used by Lark minimises the use of peat to be as sustainable as possible. The main risk facing the peat bogs in Tasmania is not from the whisky production but from rising temperatures.

After the production process is complete, whisky is stored in barrels to mature. This is a critical step as the whisky takes on complexity and characteristics from the cask selected. Traditionally the best casks to use are those that previously stored fortified wines. There was an infinite supply of good quality casks when whisky production started in Tasmania.  However, over time, the production of sherry and port in Australia has declined whilst whisky production has increased. There are now 60 distillers in Tasmania, all searching for casks. The life of each cask needs to be elongated and coopers are kept busy rejuvenating barrels.

As the business grows and expands into a global market, Lark is asking itself questions on how to minimise packaging. Reducing waste and haulage by providing refill bottles is fine for local bars, but this doesn’t work internationally, new solutions are needed. Lark has eradicated bubble wrap and replaced it with shredded cardboard. They are looking at how to shorten their supply chains and are exploring the potential to reduce the weight of glass bottles whilst maintaining their iconic and distinctive brand.

Lark began benchmarking its carbon footprint this year and in April became the first distillery in Australia to be certified carbon neutral by the Australian Government’s Climate Active Programme. They have reduced their carbon footprint with the remaining carbon produced offset through contributions to two Australian projects. These projects work with the regeneration and protection of native vegetation, and the prevention of wildfires through training and engagement with Aboriginal people.

The Lark journey continues, and along with its global expansion, its aim is to reduce its carbon footprint each year though continuous measuring and reviewing of each part of the process together with setting medium to long term targets.

Lark hopes to continue in the tradition of demonstrating its pioneering spirit and leading by example.  Lark is encouraging others, both within the industry and their supply chain, to do more to reduce carbon emissions. The achievement of Climate Active certification has become a conversation starter and has helped others start to consider packaging, distribution, and certification.

The team at Lark is creating history today. They will leave a distillery legacy that appeals to a more discerning customer, one who appreciates the innovation required to create world class whisky and protect our environment.

Whisky is a spirit of place, and Lark represents the pristine environment and camaraderie within its community. The locally sourced ingredients distilled into this ‘water of life’ reflect the philosophy and frame of mind of Tasmanians.

Passionate about sustainability, Irene would like to hear stories from people in the travel industry with knowledge, dedication and insight, on how they make a positive difference to their local communities, habitats and environment through applying sustainability principles and practices.