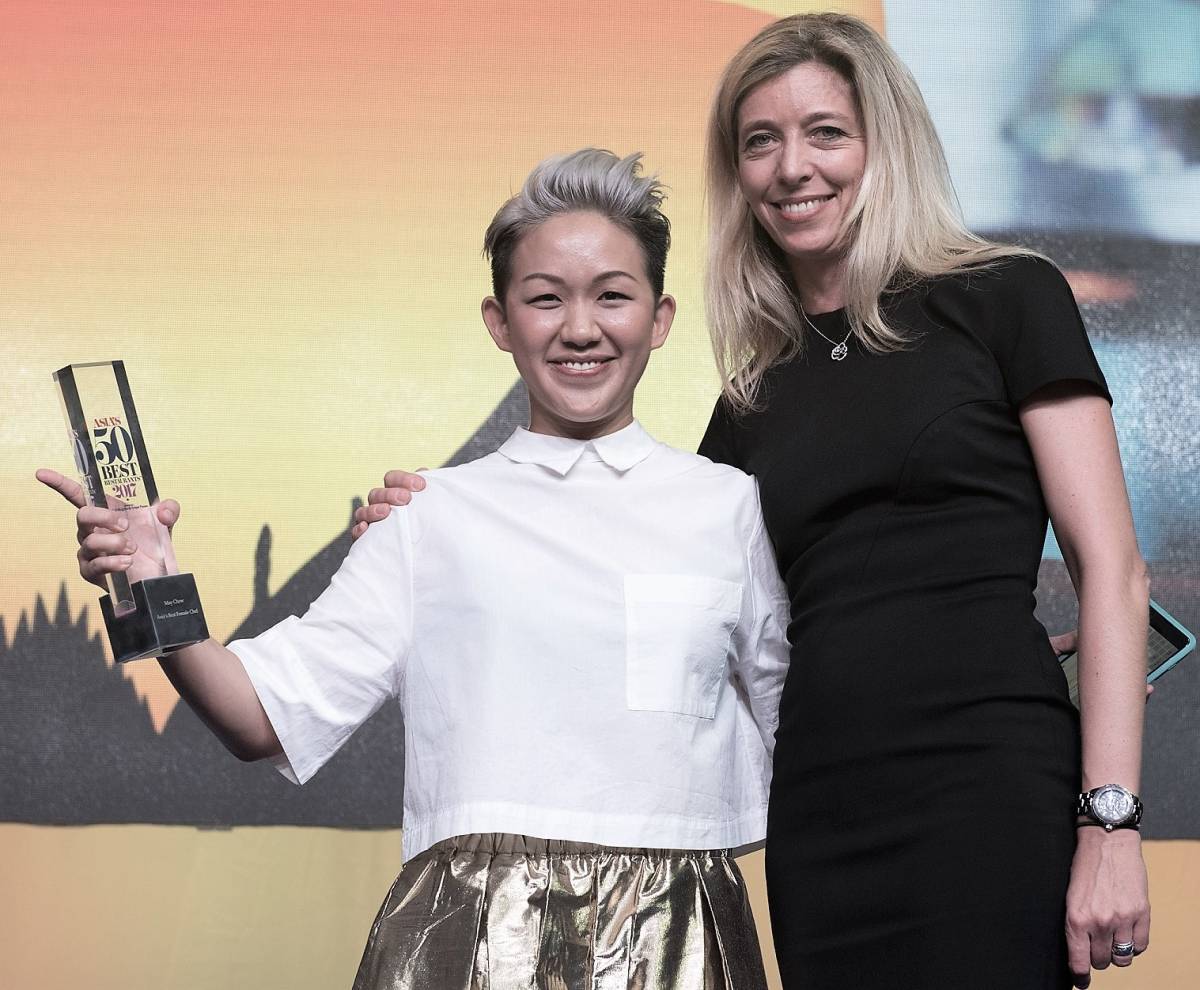 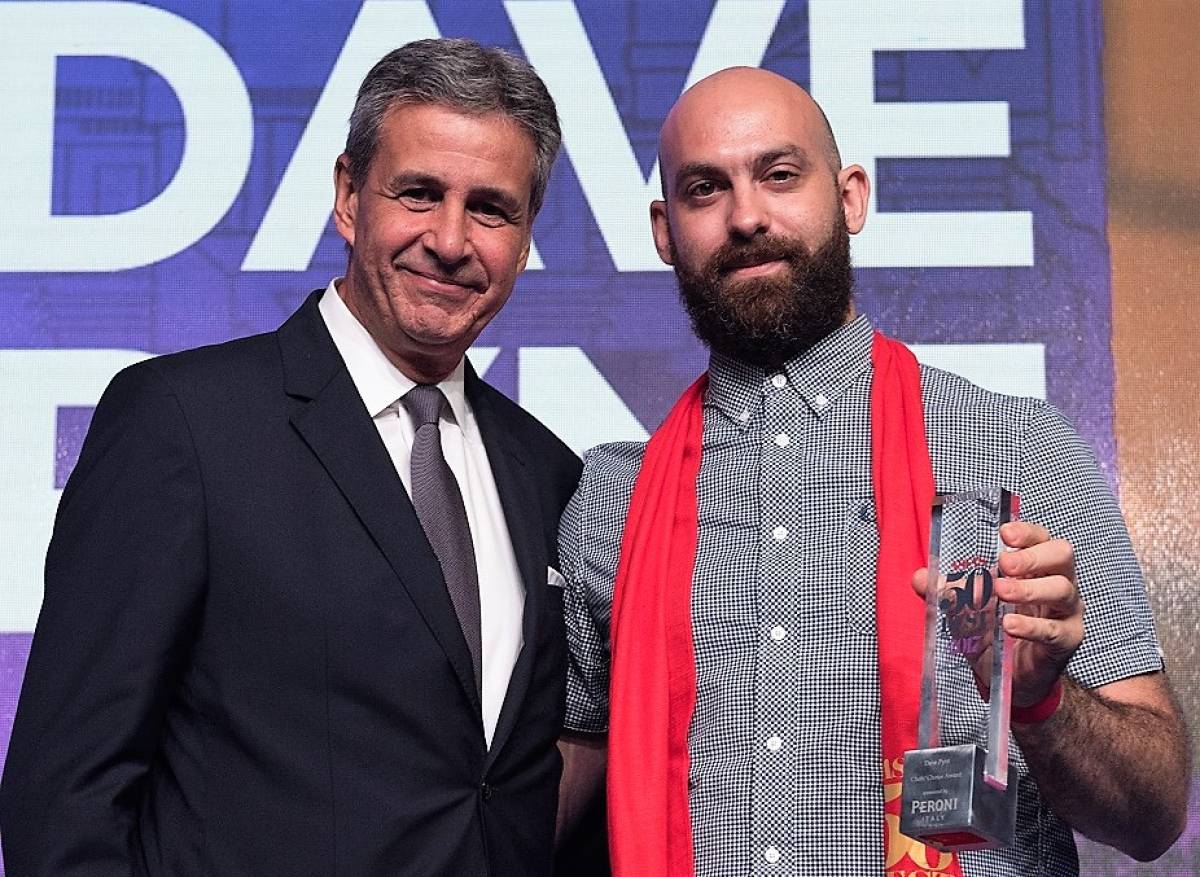 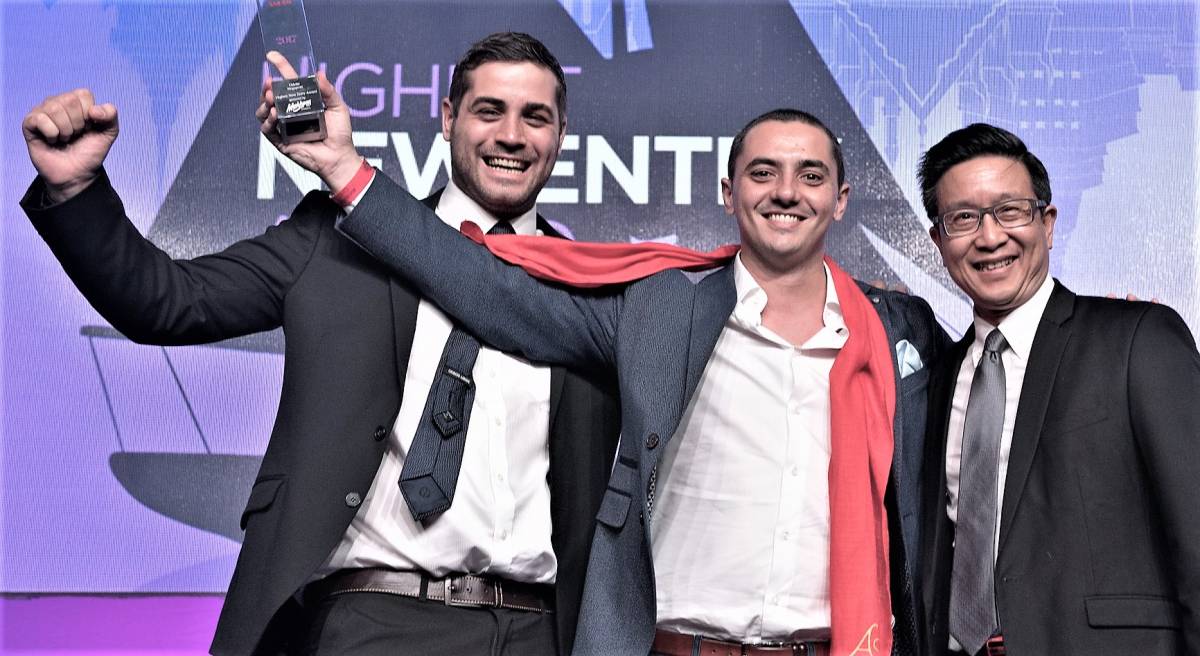 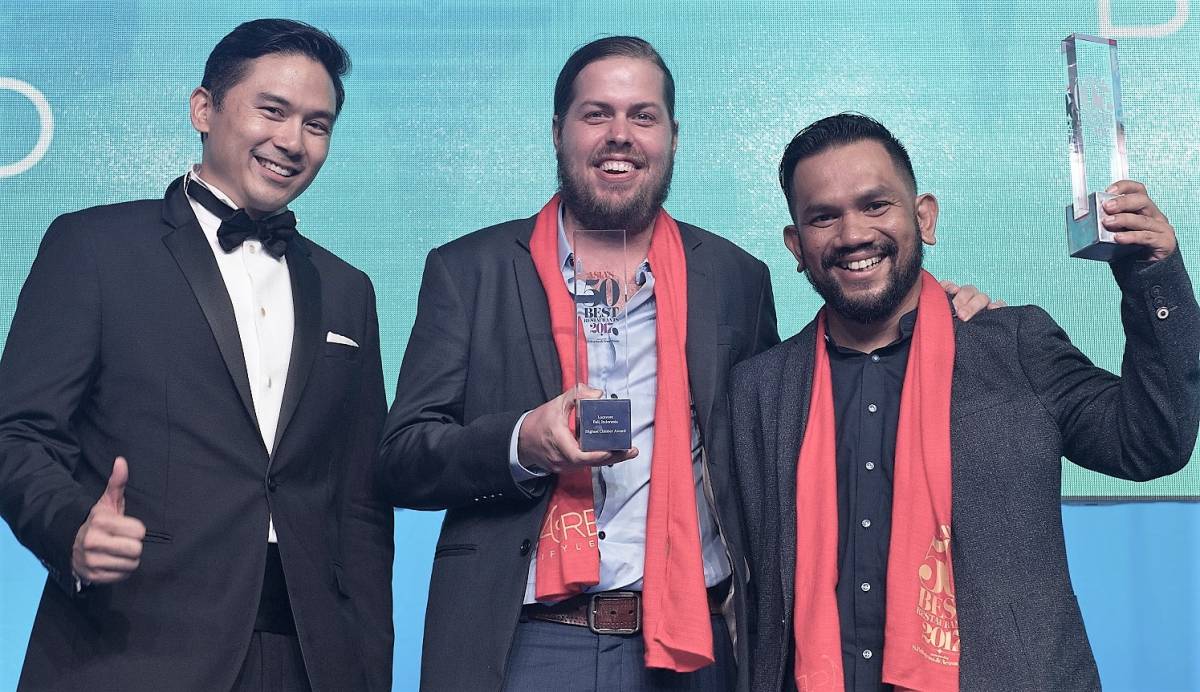 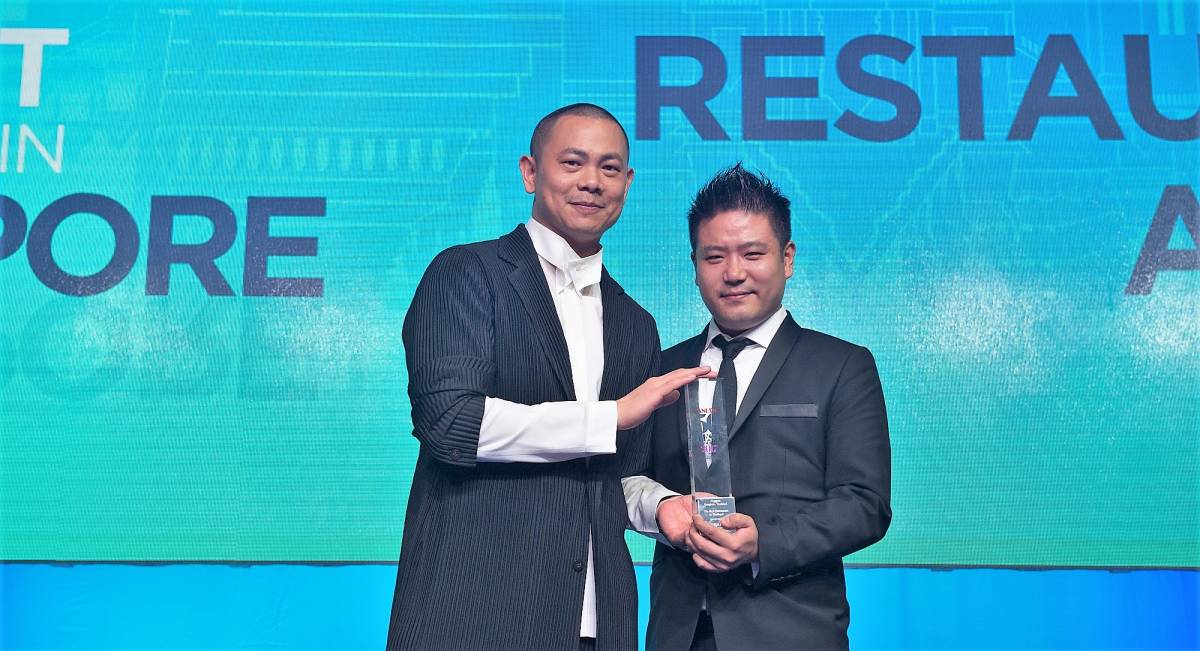 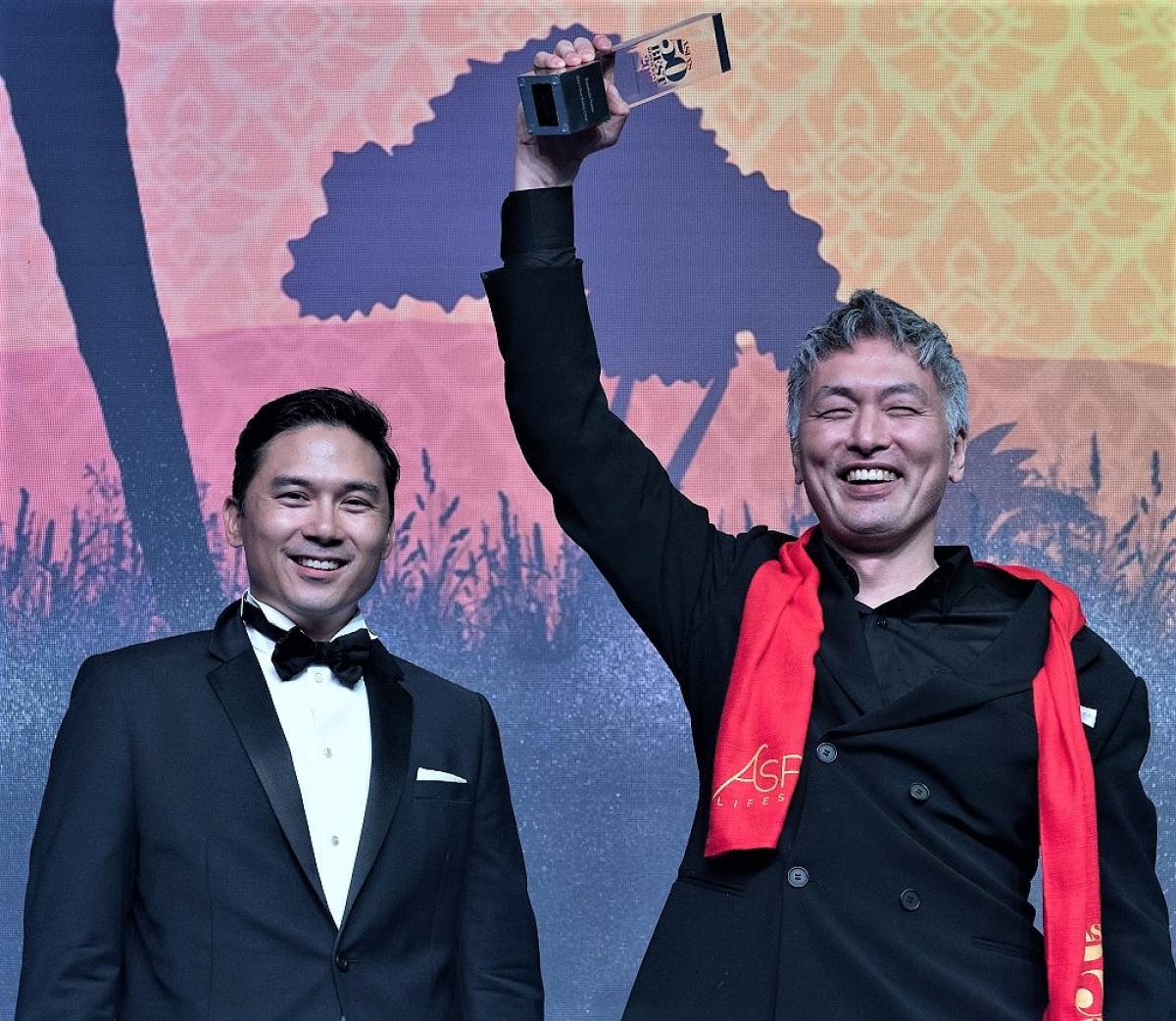 Before an audience of the region’s most celebrated chefs, industry VIPs and international media, the list of Asia’s 50 Best Restaurants 2017, sponsored by S.Pellegrino & Acqua Panna, was announced at an awards ceremony at the W Hotel in Bangkok, Thailand. Inching closer to the coveted No.1 spot, chef André Chiang’s Restaurant André rises one place to No.2 and retains the title of The Best Restaurant in Singapore, sponsored by S.Pellegrino & Acqua Panna. The 2017 list welcomes 10 new entries, including Odette from Singapore. Chef-owner Julien Royer’s restaurant at the iconic National Gallery Singapore also claims the Highest New Entry Award, sponsored by Mekhong. Debuting at No.9, Odette is the highest new entry in the list’s five-year history.

Singapore ties with China, Japan and Thailand with nine restaurants on the list. Dave Pynt from Burnt Ends (No.10) in Singapore is the 2017 recipient of the Chefs’ Choice Award, sponsored by Peroni. Since 2013, Pynt has been turning up the heat at the gourmet barbecue restaurant. Pynt’s mastery of various cooking techniques – from smoking and slow roasting to grilling – has earned him the respect of his regional peers. Burnt Ends debuted on Asia’s 50 Best Restaurants list in 2015 at No.30. Other Singapore entries include Les Amis (No.16), Waku Ghin (No.20), Corner House (No.23) Tippling Club (No.27), Jaan (No.42) and Shinji By Kanesaka (No.44).

Amber (No.3) in Hong Kong is again named The Best Restaurant in China, sponsored by S.Pellegrino & Acqua Panna. The seven Hong Kong restaurants in the 2017 list include longtime favourites, such as Lung King Heen (No.17) and The Chairman (No.47), as well as newcomer Ronin (No.45).

Narisawa (No.6), one of six Tokyo-based entries in the top 20, is named The Best Restaurant in Japan, sponsored by S.Pellegrino & Acqua Panna, for a fifth successive year. Florilège, the 2016 recipient of the One To Watch Award, debuts on the list at No.14.

Other award winners announced include: Japanese chef Kazutoshi Narita began his career alongside the ‘Picasso of Pastries’ Pierre Hermé -currently The World’s Best Pastry Chef Award holder - before honing his skills at Joël Robuchon restaurants in New York, Las Vegas and Tokyo. At Esquisse and the recently opened Esquisse Cinq, both in Tokyo, the award-winning pastry specialist combines the delicate artistry of Japanese cuisine with the nuances and creative flair of French pâtisserie. The Art of Hospitality: Den, Tokyo

Rising 26 places to No.11, Den delights in surprising and entertaining its guests, making it a worthy recipient of the inaugural Art of Hospitality Award in Asia. The approach is playful, personable and inventive, reflecting the personality of Den’s chef-owner, Zaiyu Hasegawa. Celebrating Balinese culture and using only sustainably sourced local ingredients, Locavore rises 27 places to No.22, earning the title of The Best Restaurant in Indonesia. (Pictured left) Other award honourees include chef-restaurateur May Chow of Little Bao (above) in Hong Kong and Bangkok, who is named Asia’s Best Female Chef 2017. TocToc in Seoul earns the Miele One To Watch Award for its creative use of seasonal Korean ingredients and refined French-influenced menu. Celebrated Italian chef Umberto Bombana of 8 ½ Otto e Mezzo Bombana is this year’s recipient of the Diners Club® Lifetime Achievement Award.

The list is created from the votes of the Asia’s 50 Best Restaurants Academy, an influential group of over 300 leaders in the restaurant industry across Asia, each selected for their expert opinion of Asia’s restaurant scene. The panel in each region is made up of food writers and critics, chefs, restaurateurs and highly regarded ‘gastronomes’. Members list their choices in order of preference, based on their best restaurant experiences of the previous 18 months. There is no pre-determined check-list of criteria, but there are strict voting rules.