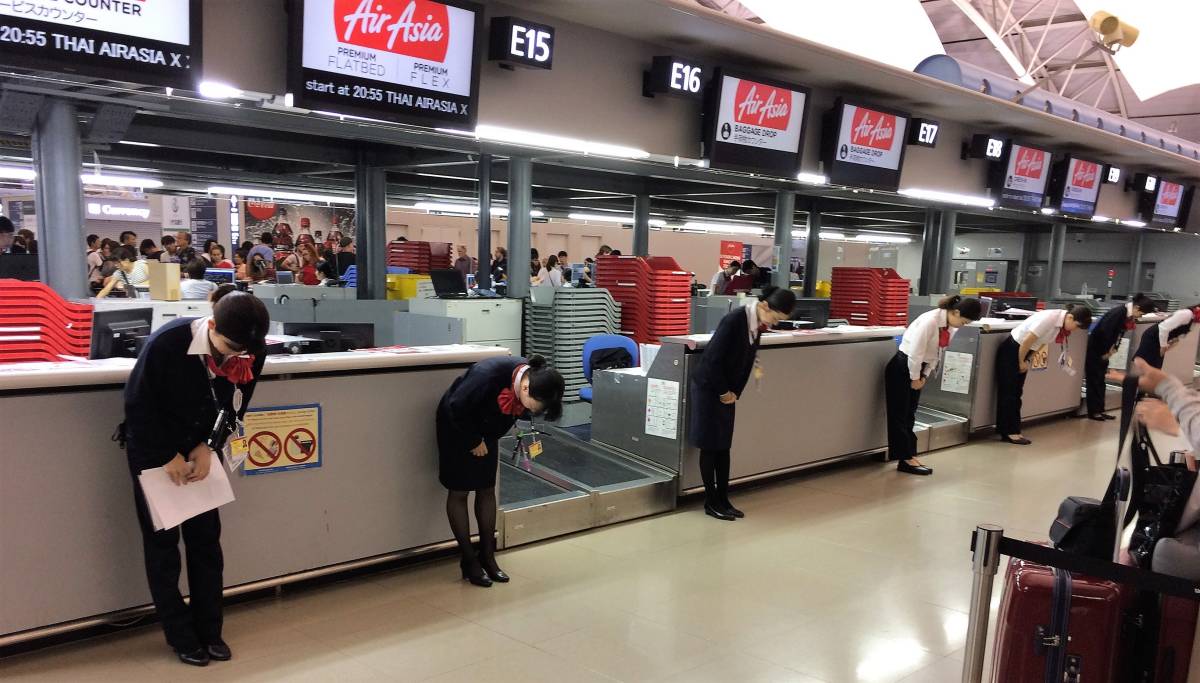 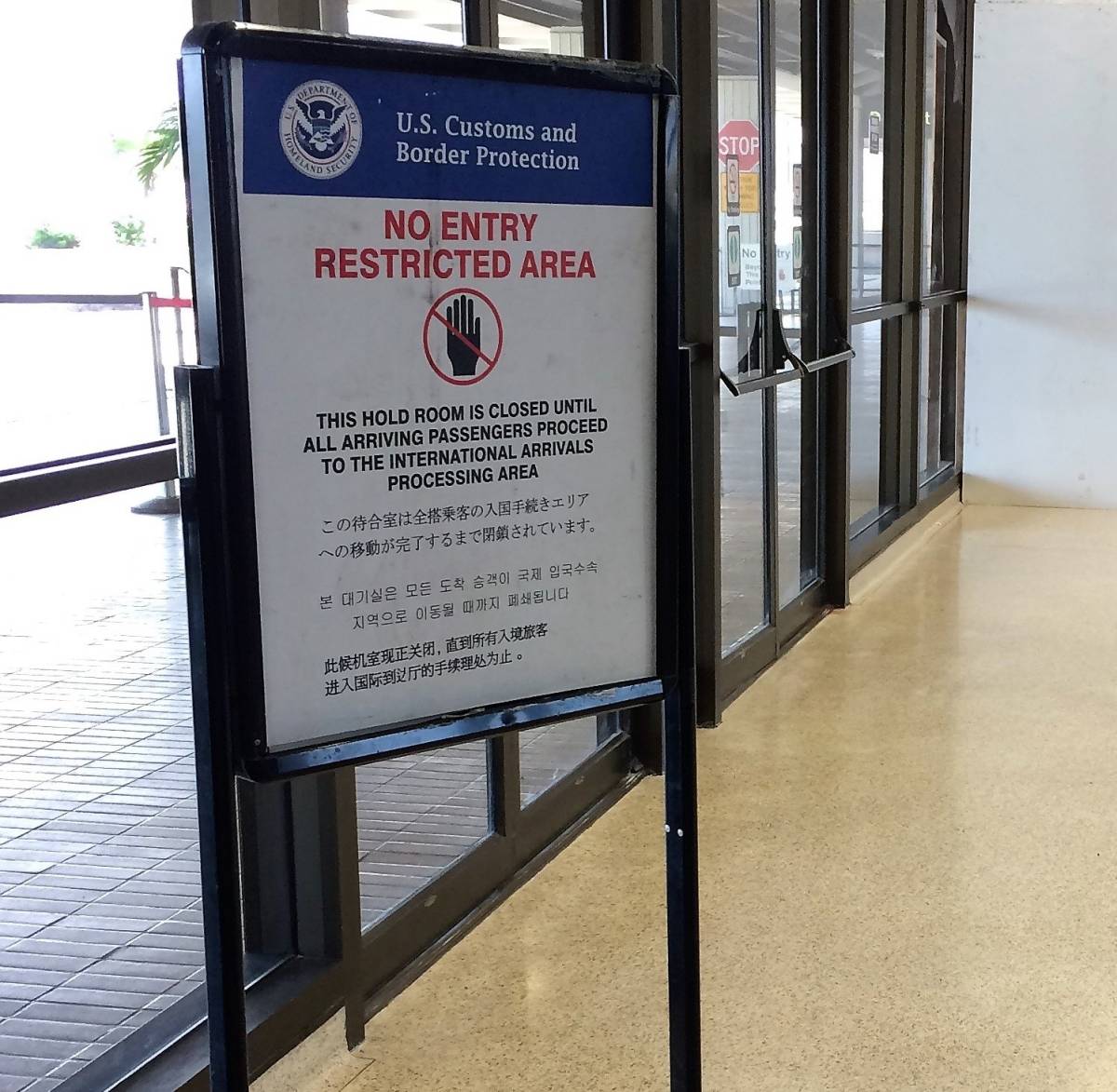 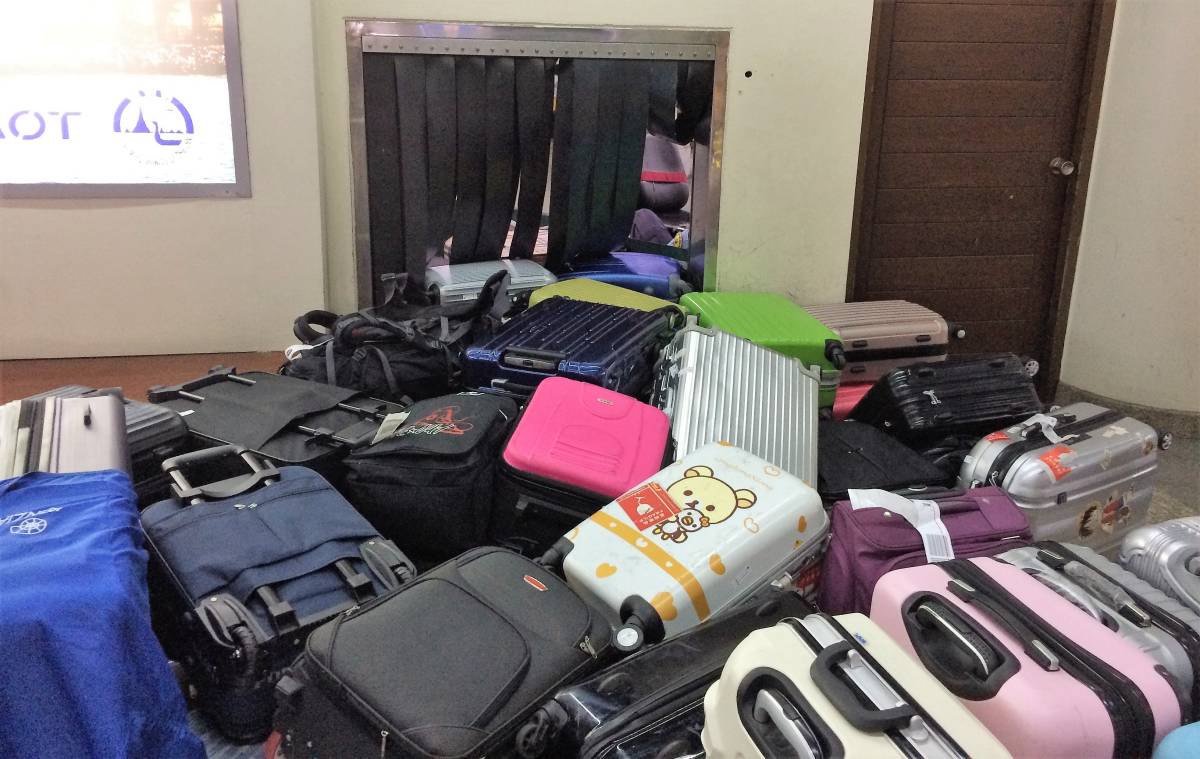 Jonathan Holburt was attracted by Air Asia X’s low prices, but wonders if it was worth the challenges faced along the way.

Here’s a lesser known fact: you can fly from Southeast Asia to Hawaii for less money than you can from most parts of the U.S. The catch: you have to fly on Air Asia X. I went the other direction, from Honolulu to Bangkok, with a stopover in Japan. I was attracted by the savings but apprehensive about the experience. I figured if I did the journey in segments I could perhaps survive a bout of deep vein thrombosis, a bad back, or the persistent nightmares of PTSD. I was bringing along my wife so there was the marriage to consider too. Would it remain intact?

On June 9th, about a week prior to my flight, I decided to send the airline a question and promptly received an automated response and a case number, 04143921, with a promise they would answer my question “soon.”

The check-in experience in Honolulu was the wrong kind of prologue for the flight. My wife and I had splurged on the Premium Flex fare from Honolulu to Osaka --- my one consolation to my nervous spouse – where we had an opportunity to sit in Hot Seats, which I assumed were better than cattle class. Premium Flex also included one check-in bag, a meal and a bottle of water. We could also change the dates, in case nerves caused us to postpone our travel date.

Three hours before the flight we were in the check-in line. The Air Asia X team gradually drifted to their stations. One gentleman on their team had a seriously bad cough. Flu? Maybe. But one thing was certain: he wasn’t in good health and he wasn’t wearing a face mask, which the largely Japanese clientele of this flight probably didn’t appreciate. It’s the custom in Japan to wear one when ill.

The Air Asia X team stood in a line and gave a traditional Japanese welcome greeting where they bowed deeply before they started the check-in process. It was a nice culturally appropriate gesture – if only that gentleman would stop that hacking cough.

My wife whispered to me: “We’re not going to let that guy check us in. He sounds contagious.”

“We probably won’t get him,” I said back, just as we were waved forward to check-in with him. I politely declined. “Nothing personal,” I said to the gentleman. “But you don’t sound well and we’d like to stay well.”

In my four decades of flying it was the first time I declined to be checked in by a member of an airline staff. Does Air Asia X have a policy about sick employees working? Or, do they require you to show up, even if you’re ill? If the latter, it’s bad policy. The last thing you need before a vacation or returning from one is an illness, especially one that you’ve caught from a member of an airline staff.

The check-in process was business-like and as Premium Flex passengers we were given passes to the Gold Lane so that we could bypass the too long TSA lines. One problem: after searching in vain for the Gold Lane we discovered it was closed and we found ourselves in the back of a long TSA line anyway.

The flight’s boarding gate was at the very far end of Honolulu airport. I was looking all over that area of the terminal for the gate and couldn’t find it. Finally, I decided that it had to be behind a restricted entry sign as I saw an Air Asia crew member breeze past the sign. And it was. Why Air Asia X had its boarding area behind a restricted area sign, or allowed the sign to remain there, is a mystery to me.

Getting the Premium Flex tickets for the Honolulu-Osaka leg definitely worked out for my wife and me. The Hot Seats section was only half full and my wife and I managed to snag a row of four seats to ourselves. The seats didn’t recline much so it was like flying Southwest Airlines halfway across the Pacific. The flight attendants were efficient and professional. And the flight was on-time. Who could ask for more?

The second leg of our journey from Osaka to Bangkok was more challenging. Feeling braver I got cattle class tickets for the shorter all-night flight. When my wife and I entered the back of the plane we let out a small gasp not unlike a white-collar criminal about to be pushed into a holding cell with hardened convicts. The three seats by four seats by three seats configuration made me wish I had dieted more prior to the flight. We left at 23:55pm and arrived 3:50am. We didn’t so much sleep on the flight as pass out.

After an hour-long immigration line wait in Bangkok I managed to rescue our bags from an unattended carousel. It looked like the bags themselves were trying to escape the crush. I’ve read that founder/CEO Tony Fernandes routinely performs various roles at the airline, from checking people in to being a flight attendant. He should volunteer for baggage duty at Bangkok’s Don Muang airport. As the photo shows, they’re not short-staffed. They’re no-staffed.

On July 18, more than a month after I sent my original email and took the Honolulu-Osaka flight, I finally got an answer to my question via email with the acknowledgement that “you have successfully boarded the flight and we hope that you had a pleasant journey with us.” Better late than never.

If you want to save money on your flight to Honolulu, Air Asia X is certainly an option. Just be prepared. Think about Hawaii’s impossibly blue seas and majestic dormant volcanoes. Whatever you do, don’t think about the active volcano on Big Island. Or, you might want to emulate it en route to Honolulu on Air Asia X.

TellMeWhere2Go – The spotlight on Aviation