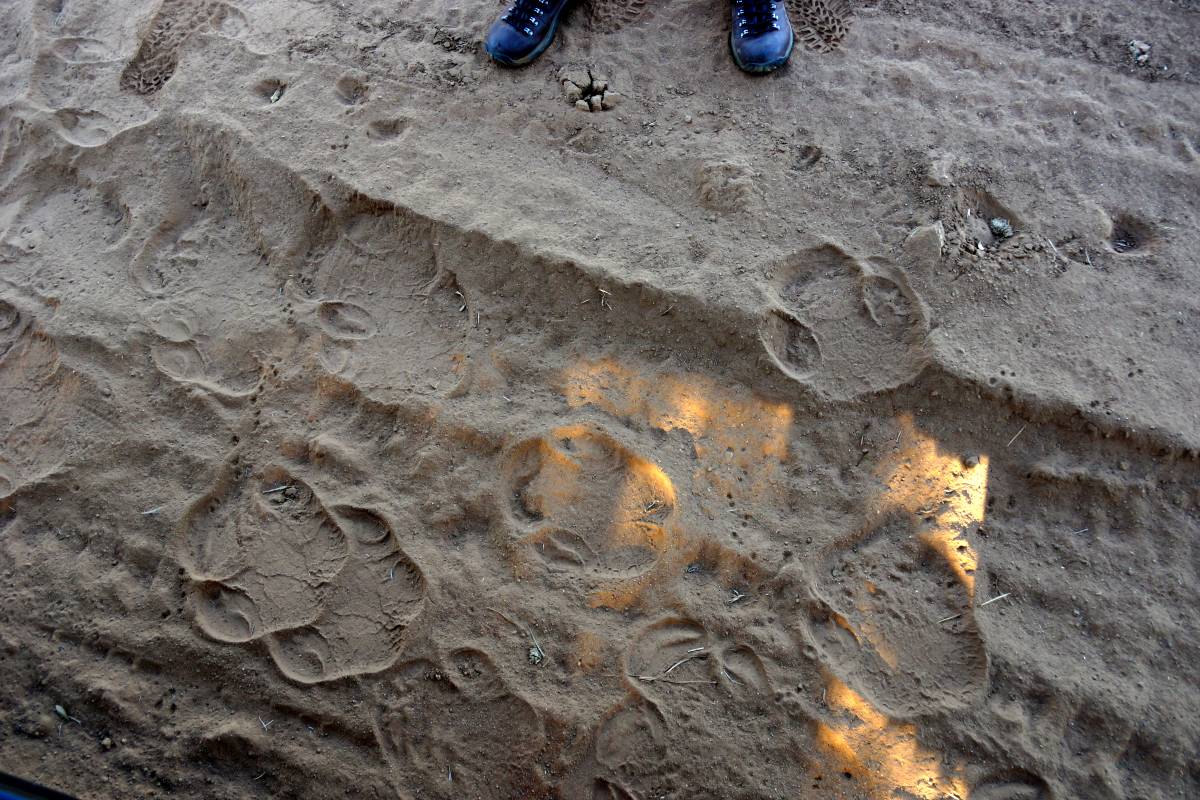 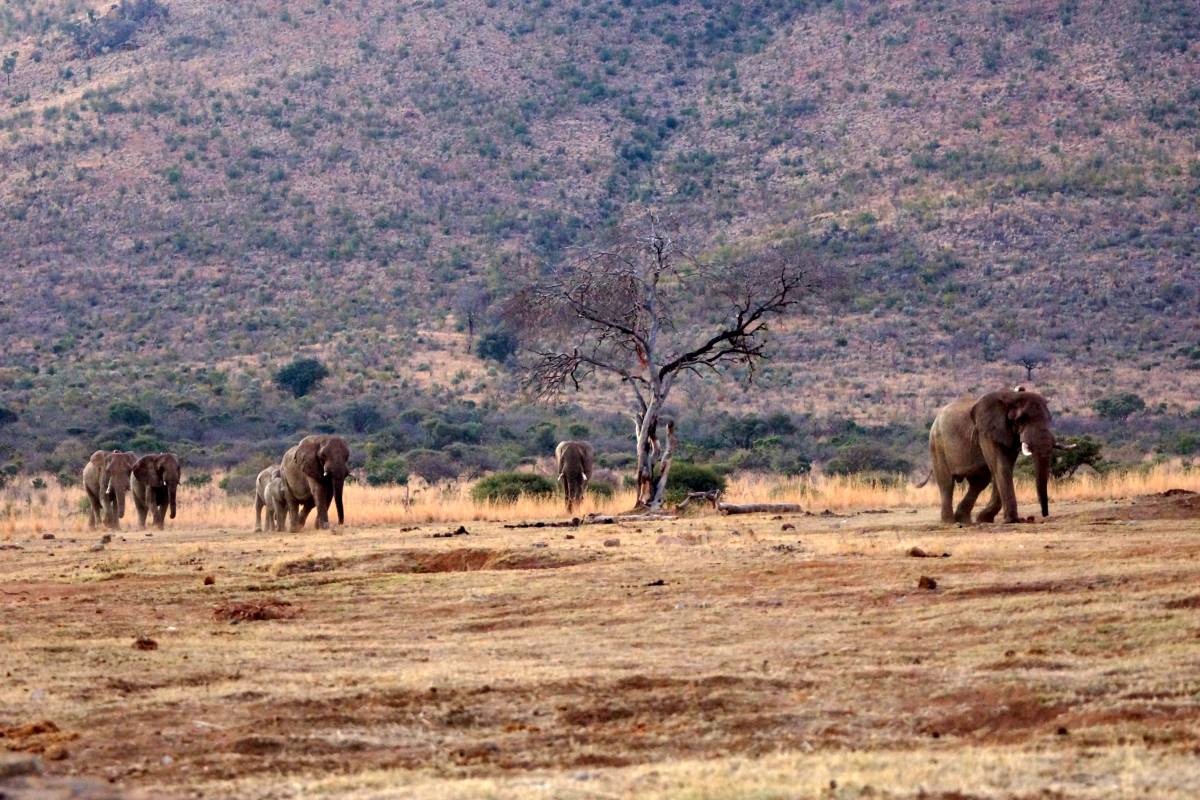 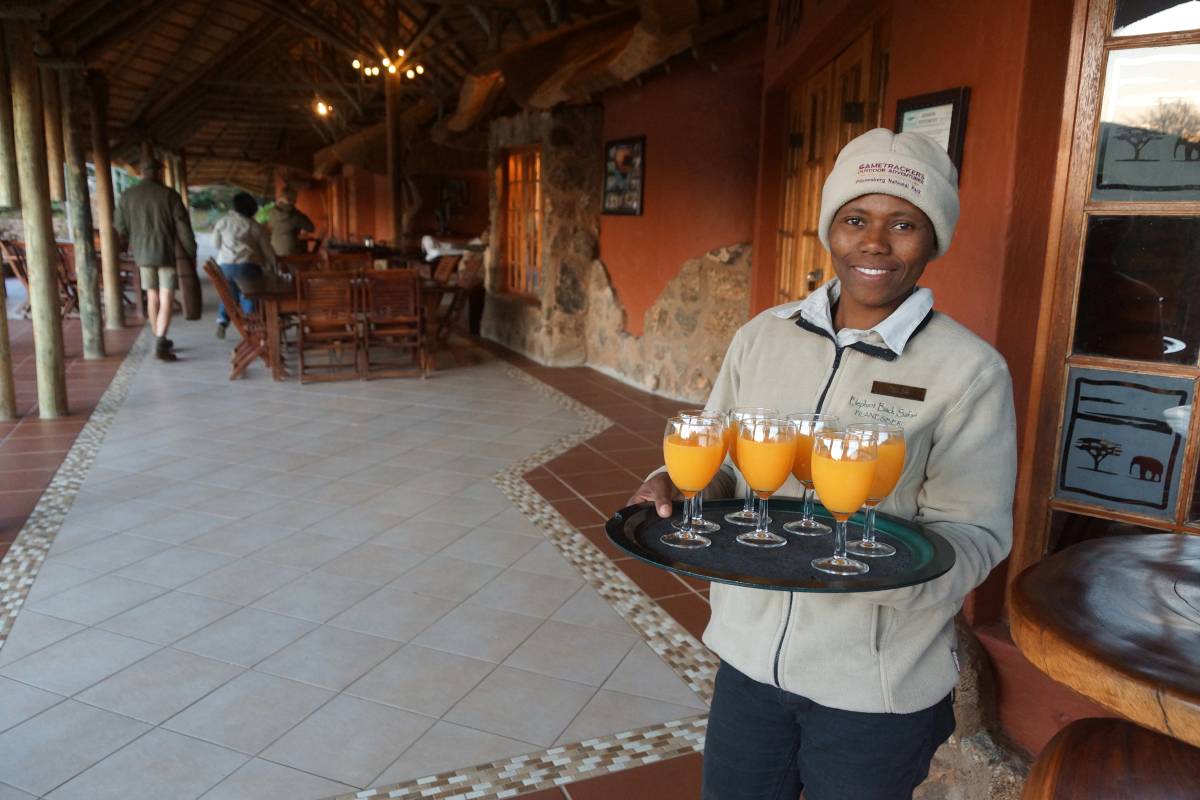 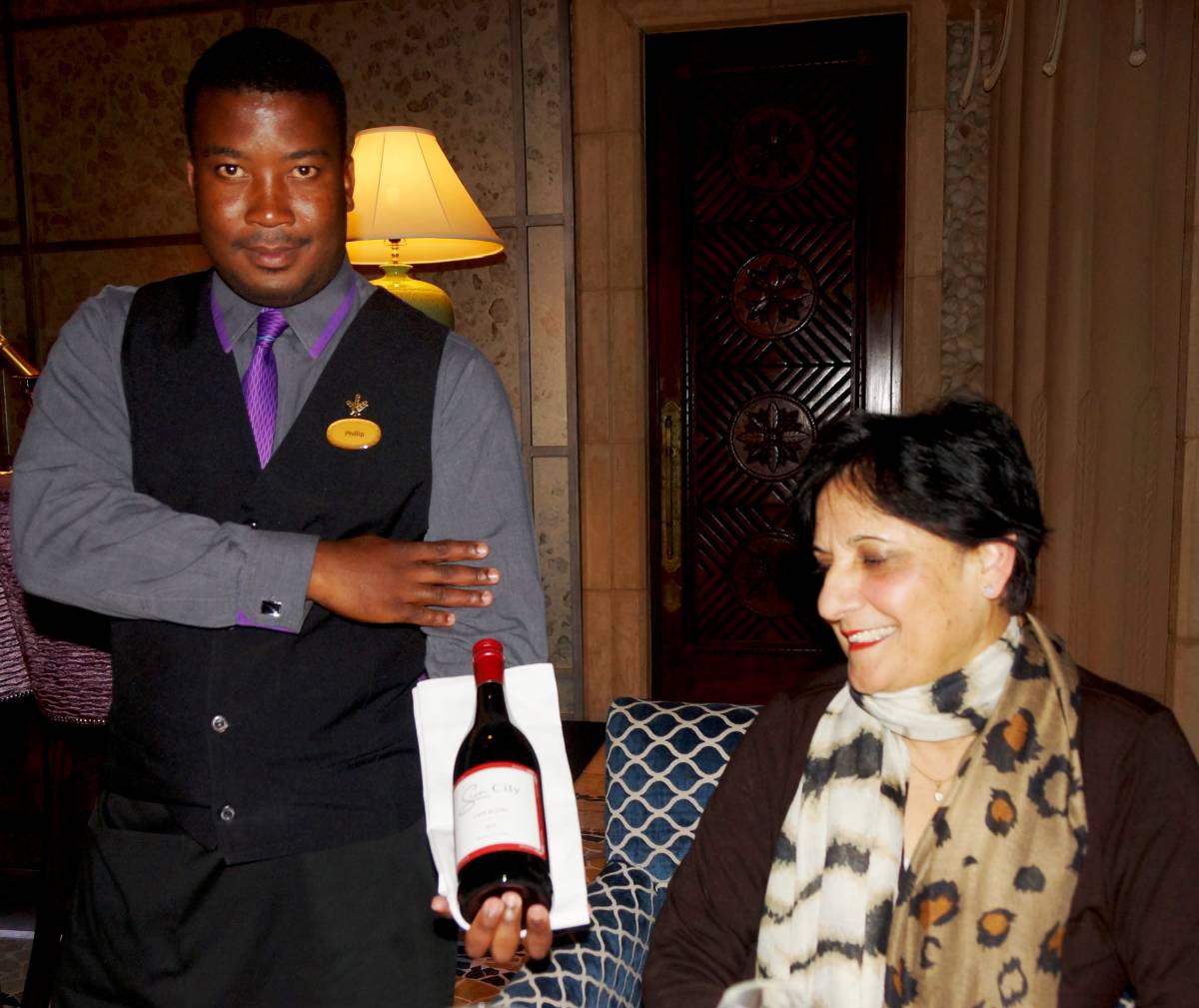 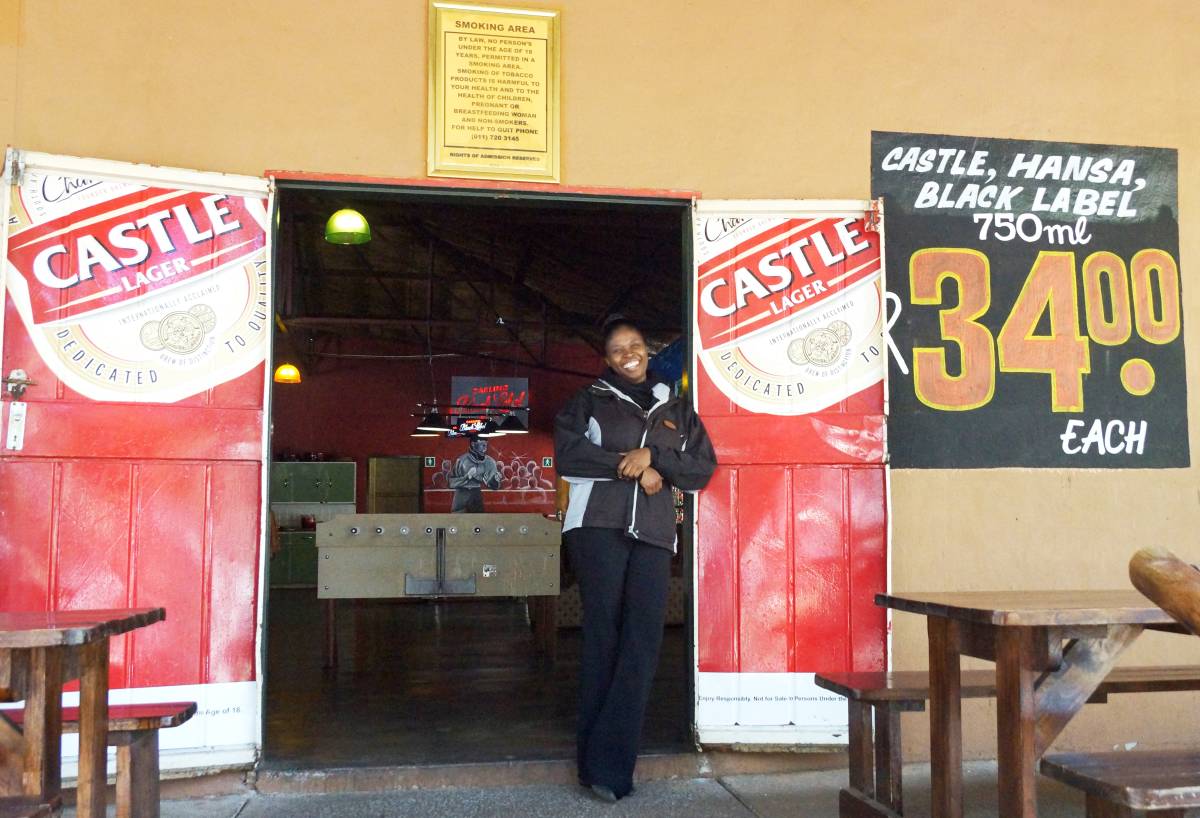 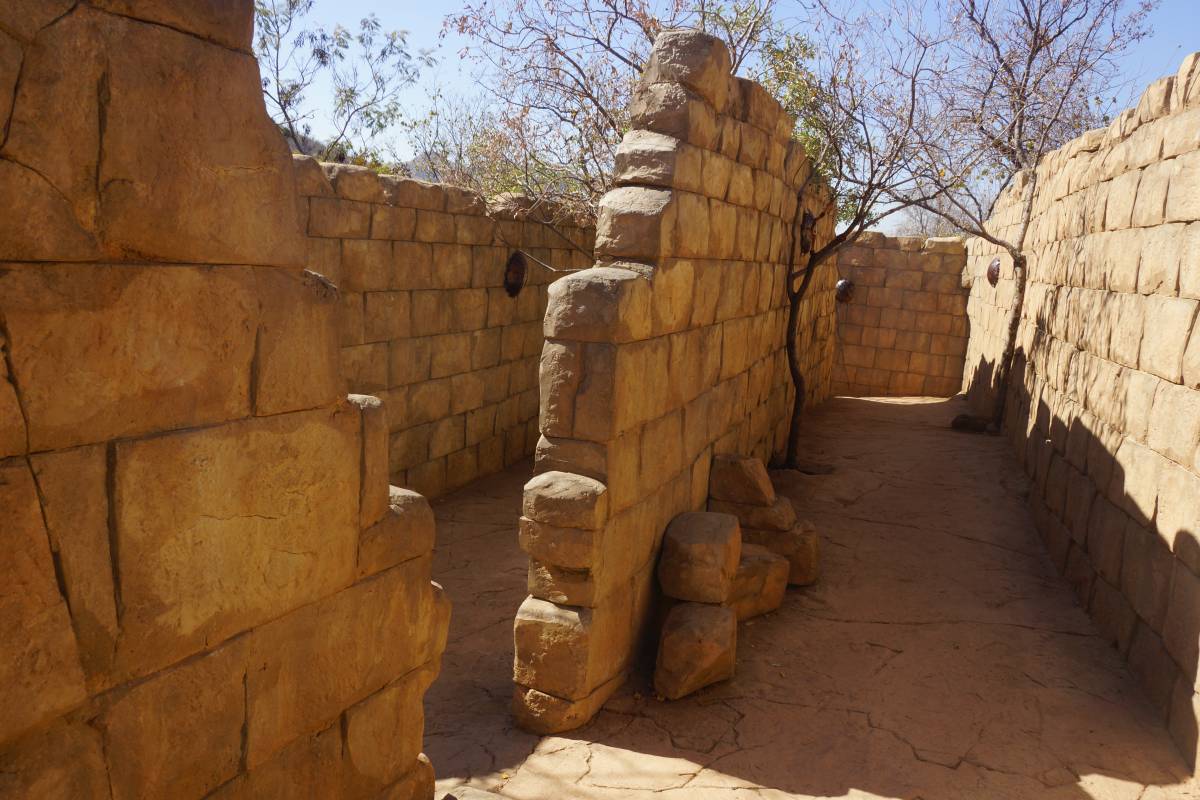 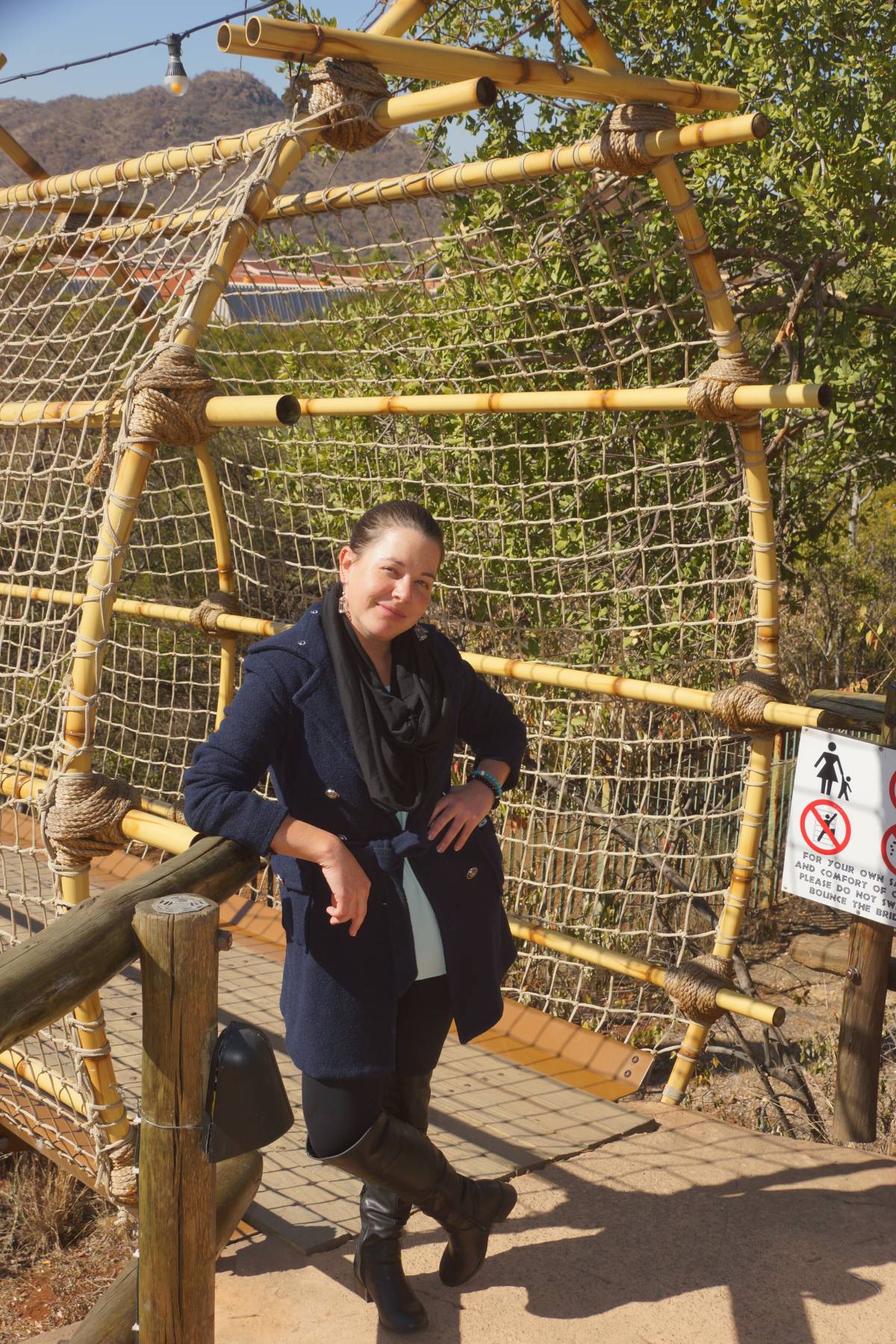 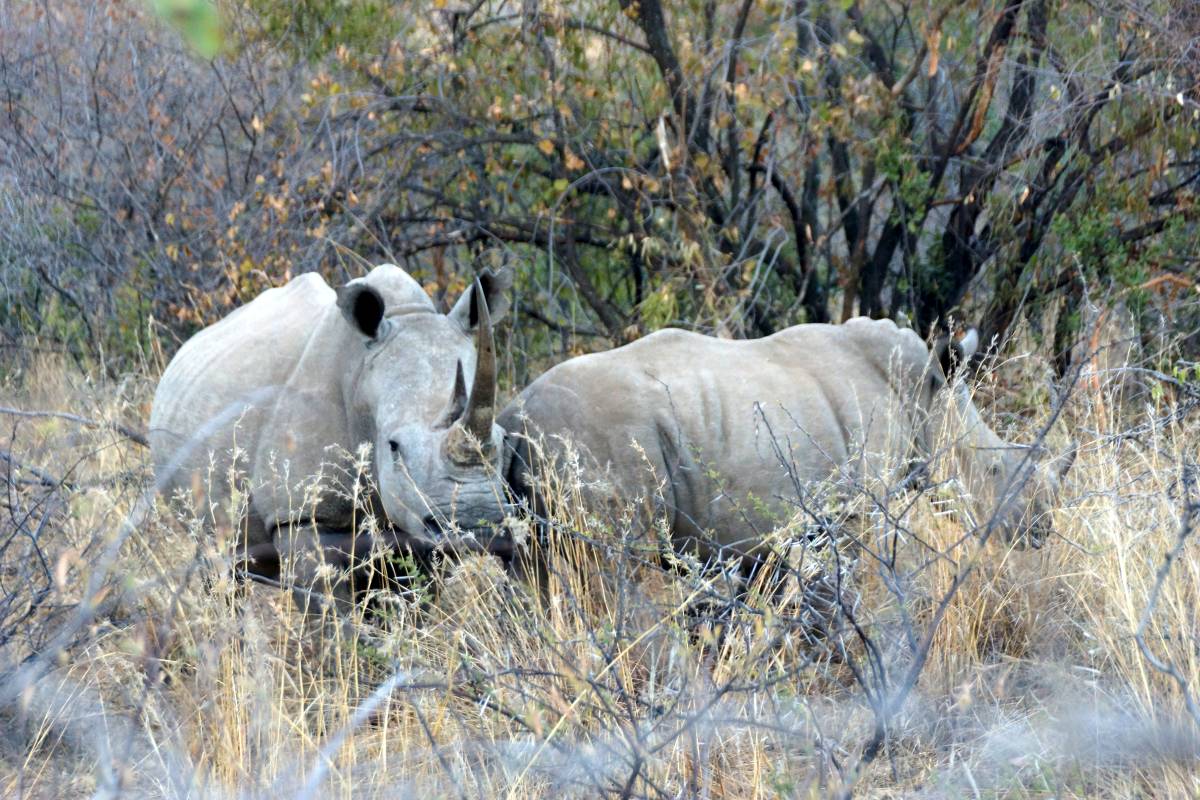 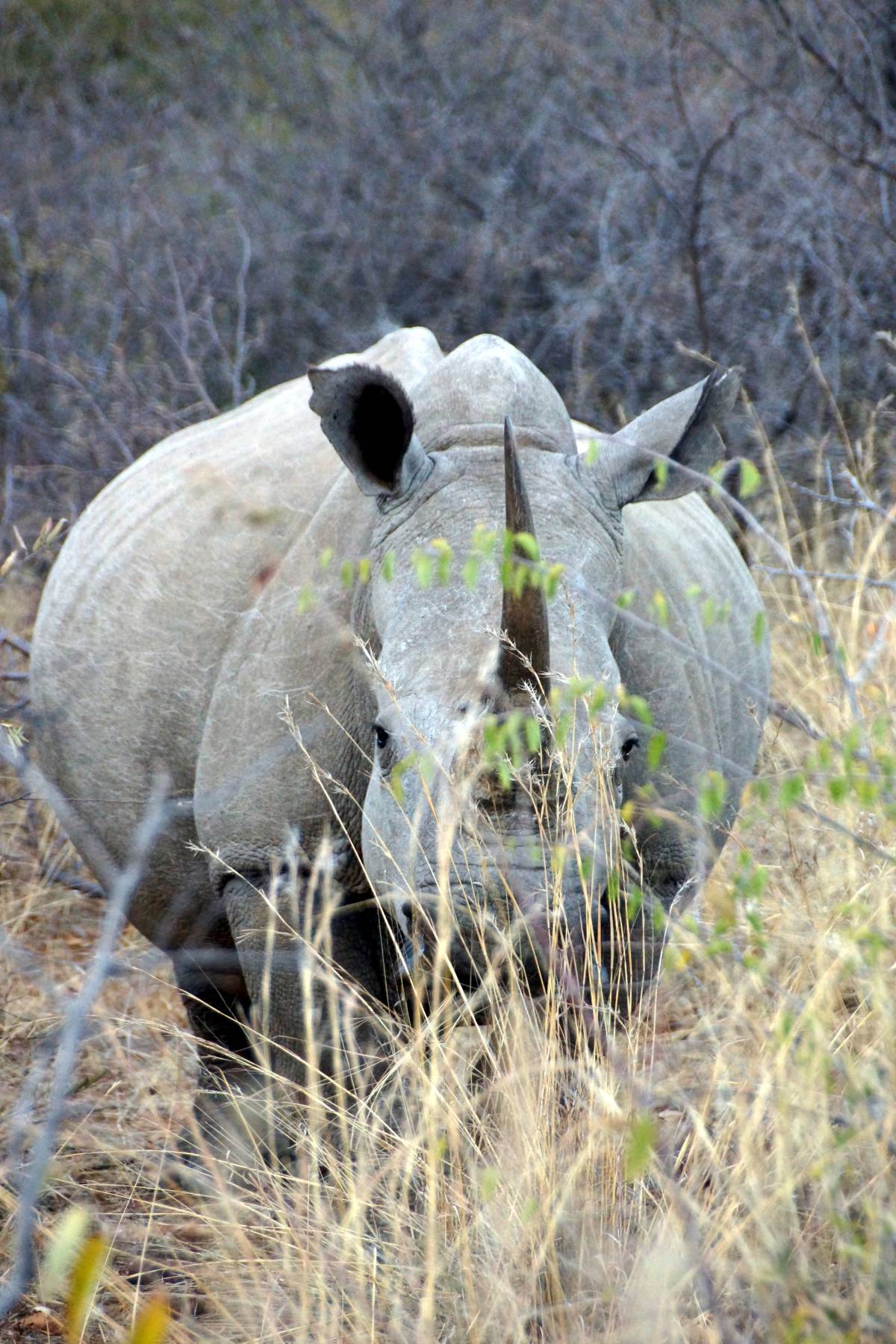 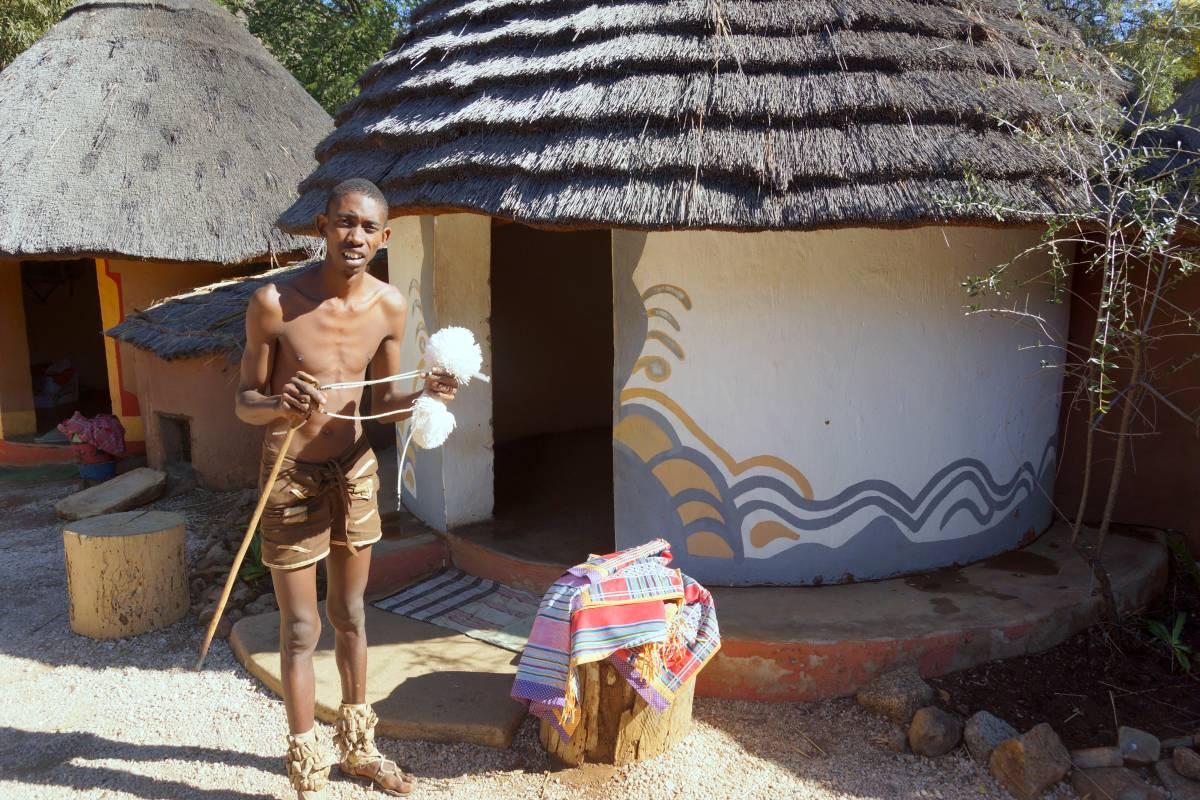 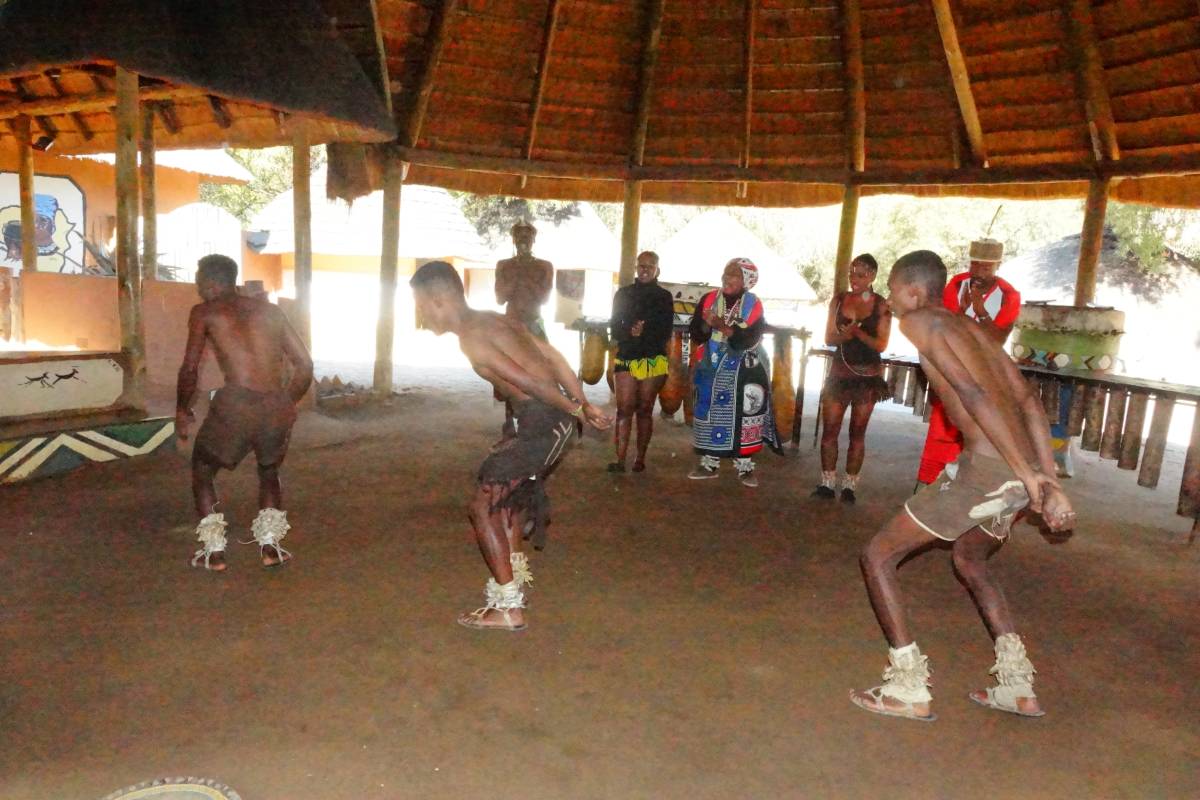 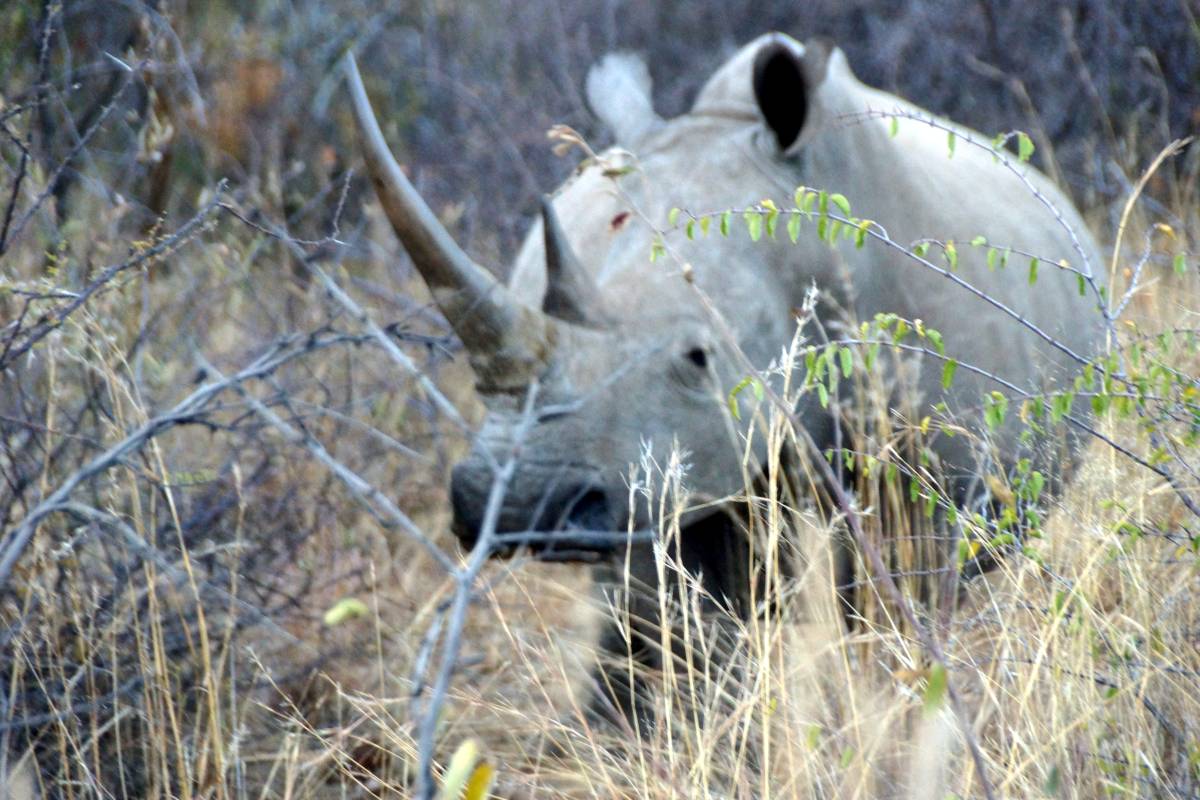 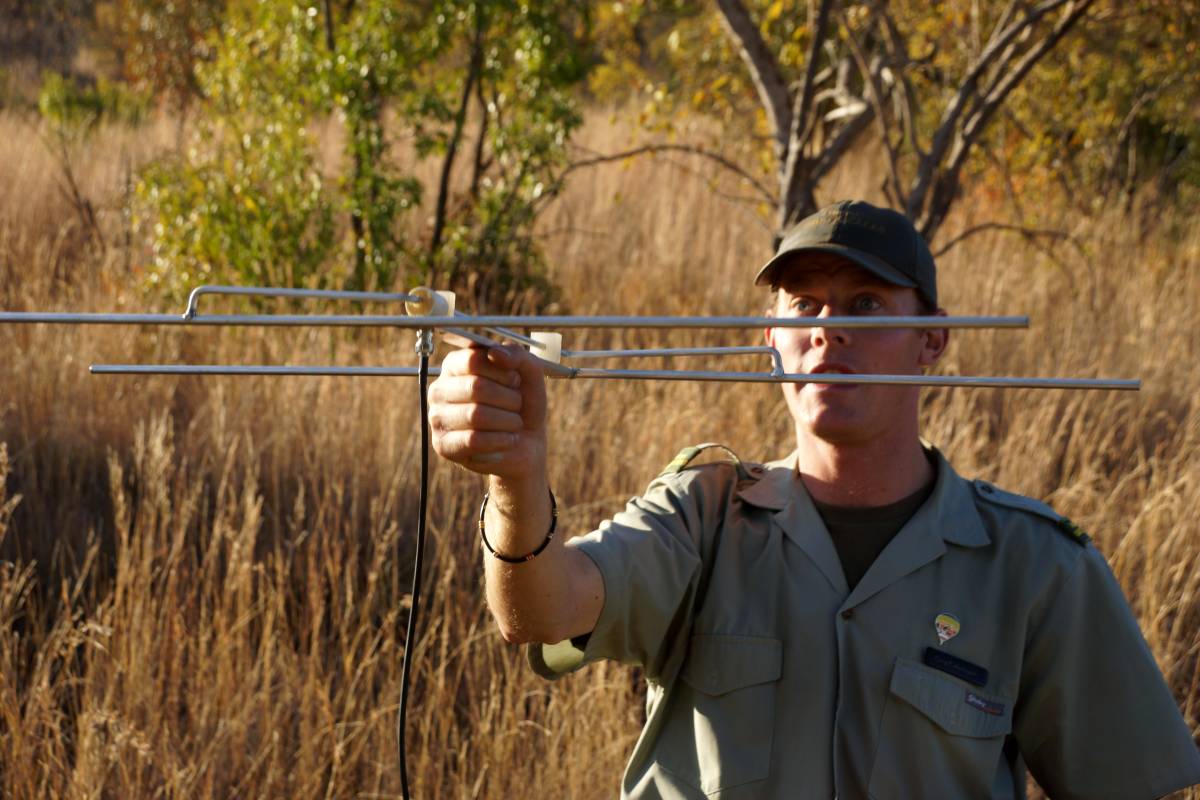 I had a Lucky start to my day. A young man stood before me in just shorts and sandals. He introduced himself as Lucky (above) and said, “I’m cold,”he said. “If you put on some clothes you might not be so cold, “I responded.” “My ancestors didn’t have clothes to put on, so I understand how they felt.”

Before I met Lucky I had a great breakfast at the Palace Hotel. It is not only an extensive buffet, the quality is of the top order. The night before PR Manager Nicole Turner had challenged me to have the waffles after I said I’d never had a good waffle at hotel buffet. “These are good,” she stated. She was wrong - they were excellent. Probably the best waffle I’ve ever had. Indulgent - there is everything you can think of to put on it, from chocolate flakes to smarties, to m&ms, chunks of chocolate, shaved chocolate, cinnamon sugar, honey to whipped cream. The omelette was also very good with a great variety of condiments to add in.

When I finished breakfast I met Nokie in the lobby. She escorted me to the cultural village. This was the first show of the day, of which they do four. As it was chilly and in the off-season I was the only guest there for the performance. Once Lucky had introduced himself he took to the first of the huts that formed a semi-circle in the yard. The seven huts were replicas of the homes used by the tribes of South Africa.At the door of each hut he taught me how to say hello and thank you in the language of that tribe. He told me about their wedding customs, how many wives they were allowed to have and about their life style or something interesting from their history.

Perhaps the most unusual way to chose a wife was the XX tribe who kidnapped the prospective bride. So the young girl might leave home to get water and never come back.

The Zulus, the only tribe to defeat the British in a battle, make up a good deal of the population.

We returned to the performance area that had a two tiered bench in a semi circle and at the back of the space were two large xylophones and drums. With a solid startling banging on the drums the singing and dancing began by the performers. Martha was the senior member of the group, an lady with a beautiful voice that harmonized beautifully with the others. When she and the other singers individually sang a welcoming song I was totally drawn in. It may have been part of the show, but it felt genuine, as if they were truly happy I was there.

Nokie Nkosi, Media Liaison Officer at the Cultural Village (below) The dancing was high tempoed, energetic, rhythmic and expressive. The young ladies moved in ways that Olympic gymnasts would’ve been proud of.

At the Cultural Village I was given a real glimpse of the culture of South Africa, and I felt that they were interested in me.

PR Manager Nicole Turner (photographed at the Swinging Bridge) played tag team throughout the day. Nokie refused to cross the swinging bridge that one had to traverse to get to the Maze. It was the least challenging swinging bridge that I’ve ever met. It swayed and bounced very little, and the protective ropes and wires went over one’s head so there was no chance of falling off it. Nicole had not yet done the maze and was keen to experience it. For me, the incentive was not the maze itself, but a beer tasting once one had gotten through. Getting through was not as straightforward as we hoped. Some people made it in five minutes, others gave up after 45 minutes. We gave up twice. We felt we had explored every option and couldn’t get beyond a certain point, so we went back to the entrance and took the Quick In. Half way there we saw an emergency exit next to one that we had seen several times. We thought we could figure it out from there, but we couldn’t. I didn’t want to spend my entire time in the maze so once again we took the easy way in.

Inside drinks are offered at tables under sun umbrellas. I tasted 8 beer that started with a very nice Pilansberg Lager - which I later returned to after finishing up with the Mixed Berry Cider and a Ginger Beer.

Amelia Van Rheede, who is the ‘marketing person’ joined us and talked about the Maze and the Zip line, 2 kilometres long. “It is amazingly popular,”Amelia said. She has something up her sleeve in terms of a new attraction, but she refused to let the cat out of the bag.

At 3:30 Greg (pictured right) and Jeremy of GameTrackers lead us into Letsatsing, a 470 hectare reserve that is owned by Sun City, but is managed by GameTrackers. I was joined by four South African men and women who were more obviously excited about tracking the White Rhino as I was. Greg explained that there are five Rhinos in the park. “They graze and eat the grass. They are very useful animals.” However, they are still being poached, throughout Africa and it could even happen in this small reserve. GameTrackers decided that they would keep a close eye on the Rhinos, so they put a chip in the base of the tusk of Mom - the eldest of the five. She was the only female until about two years ago when she had a baby girl.

“By putting the chip in the mother we are able to track two of the rhinos because the baby is always with the mother.”

We drove into the park with Greg providing the commentary we stopped at a couple of places and he scanned the landscape with an antenna that provided a lot of static to the receiver. At the third stop we heard faint sounds “Like heartbeats,” he said.

We drove a bit closer, seeing rhino prints in the dust of the road. When we stopped the pulses were louder, but the direction was still a bit vague.

We walked in through rough, scratchy landscape, around small trees, amongst the tall grass. Then we stopped. And there they were, maybe 20 - 30 feet away. We moved quietly, trying to get pictures. “Can we pet it?” asked one of the young ladies. When she asked a third time, Greg said pointedly, “It’s a wild animal.”

We were with it for about 10 minutes until they got agitated and began to move away. It was a great experience to be that close to the Rhinos, as well as to learn many things about them.

We drove on to the Wallow where Jill greeted us and offered us drinks. There is a pond in front of the low building that has restaurant where you can sit and enjoy the beautiful landscape. As the sun was going down several elephants wandered in to their shelters. “The Boys” two young male rhinos also showed up, grazing around the elephant barns. My evening wrapped up at the Plume Restaurant, the Palace’s premier restaurant.

I had the privilege of having dinner with Savita Vig, Duty Manager.

We enjoyed the soup of the day and the ravioli with an excellent bottle of the house red wine. We also enjoyed good conversation as I heard some of her stories about things that go on in hotels and we talked about our lives.

“You will love it there,” Savita stated. I was eager to see the Royal Livingstone and Victoria Falls.