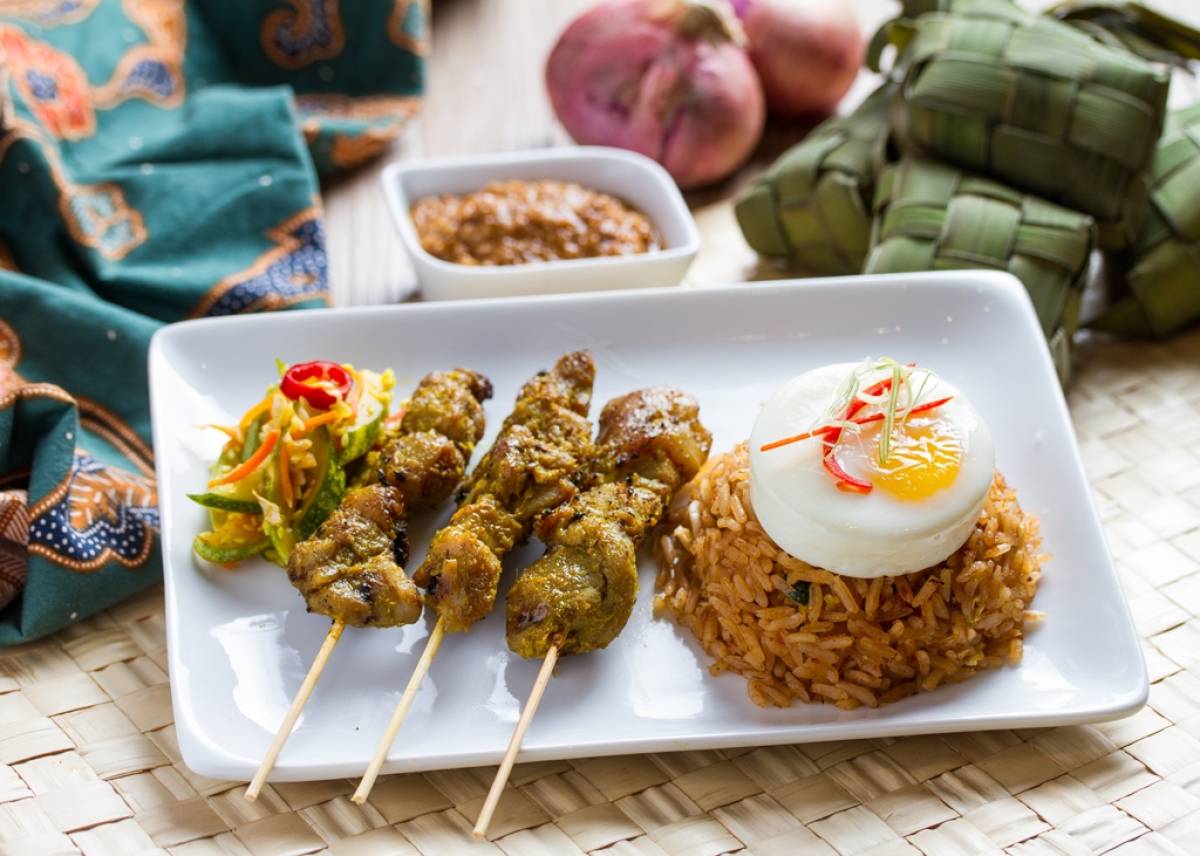 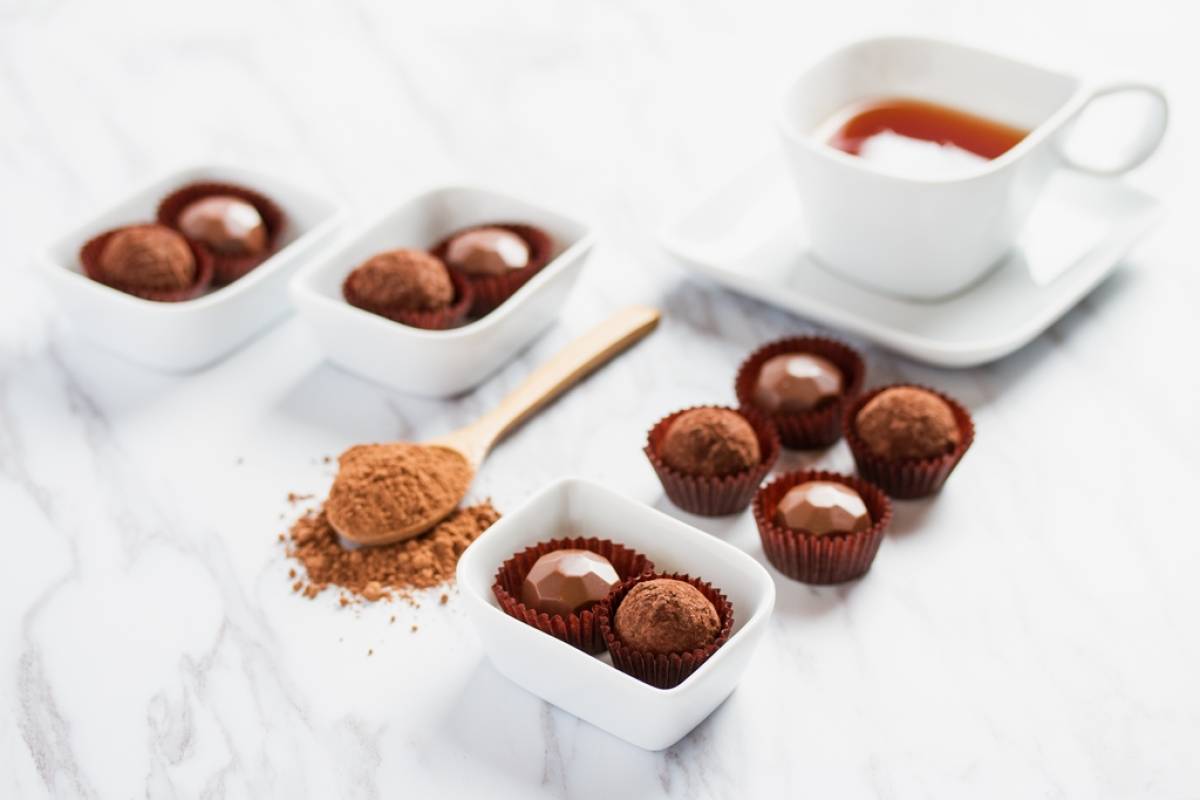 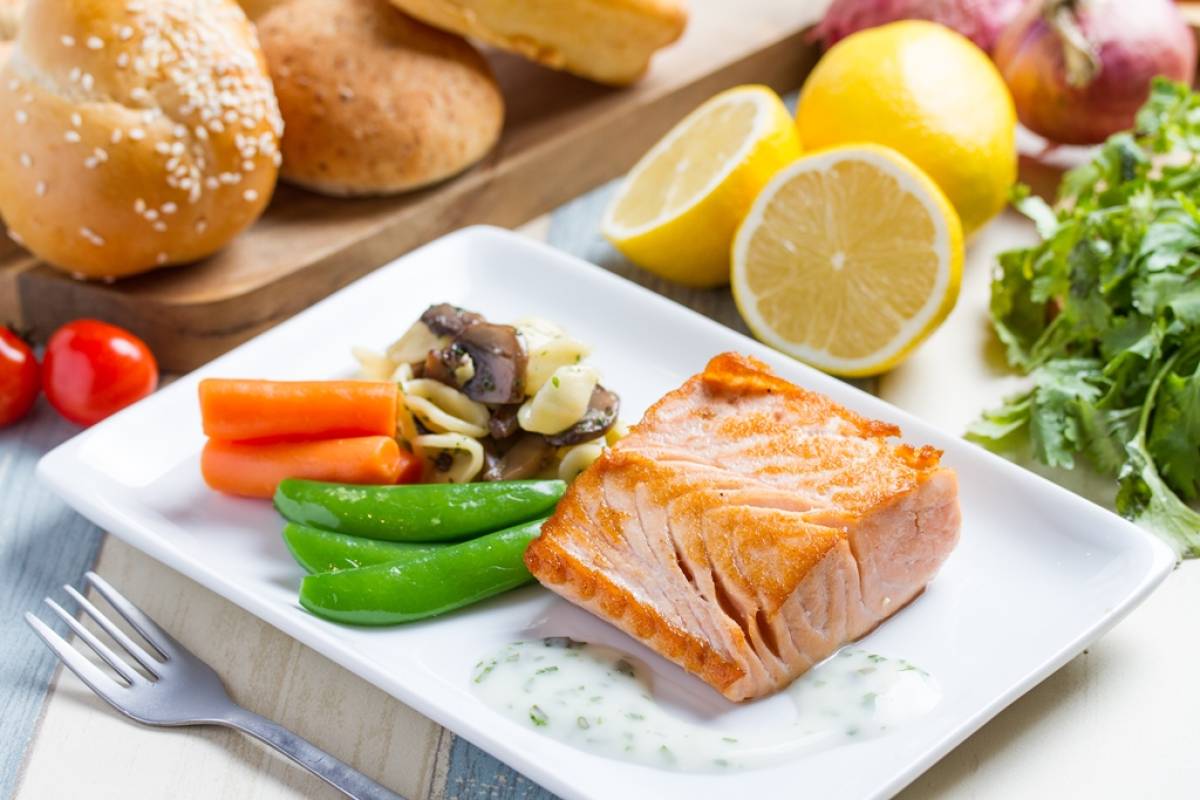 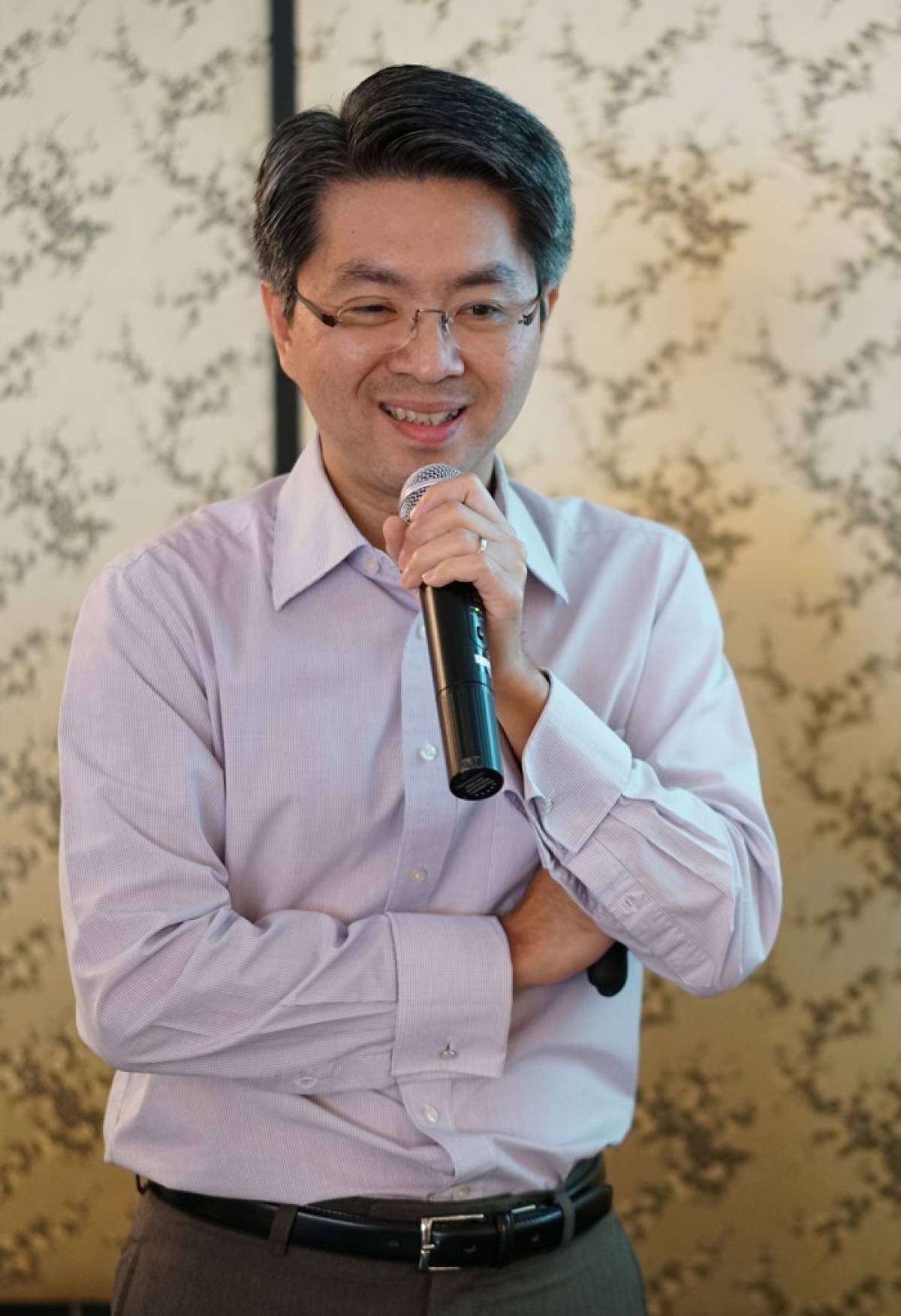 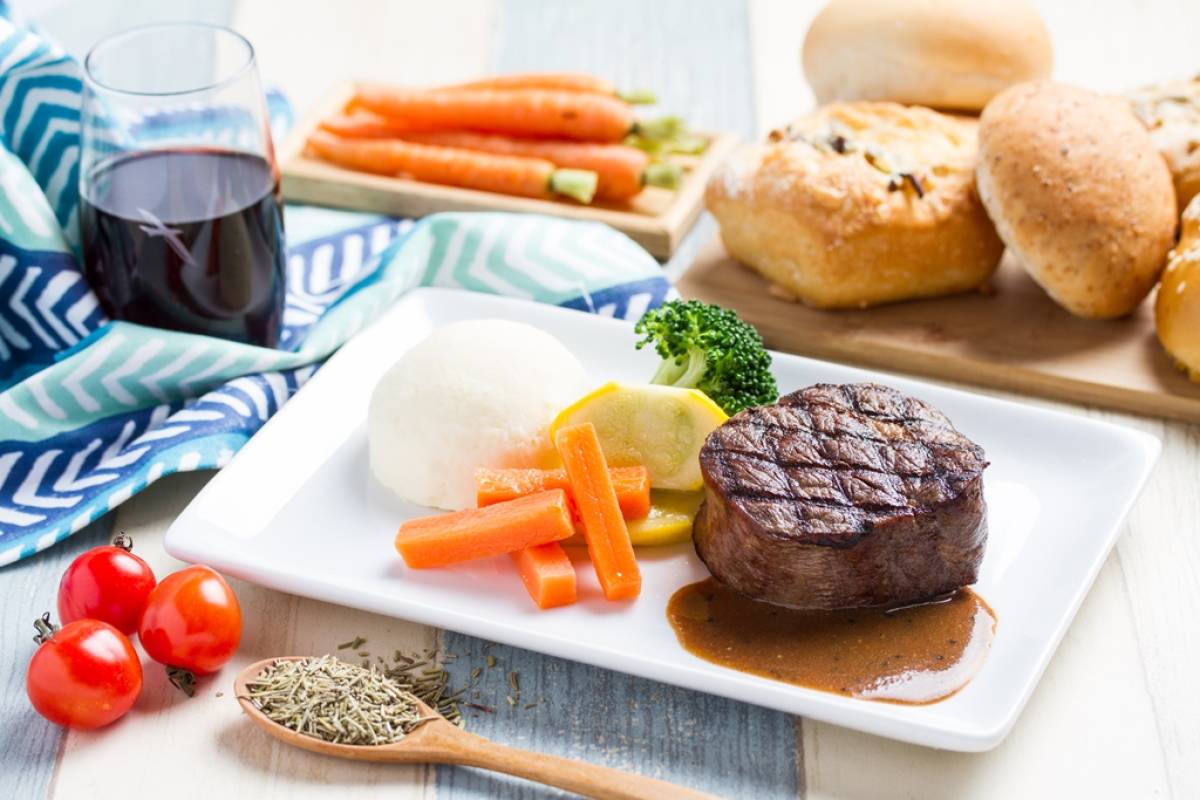 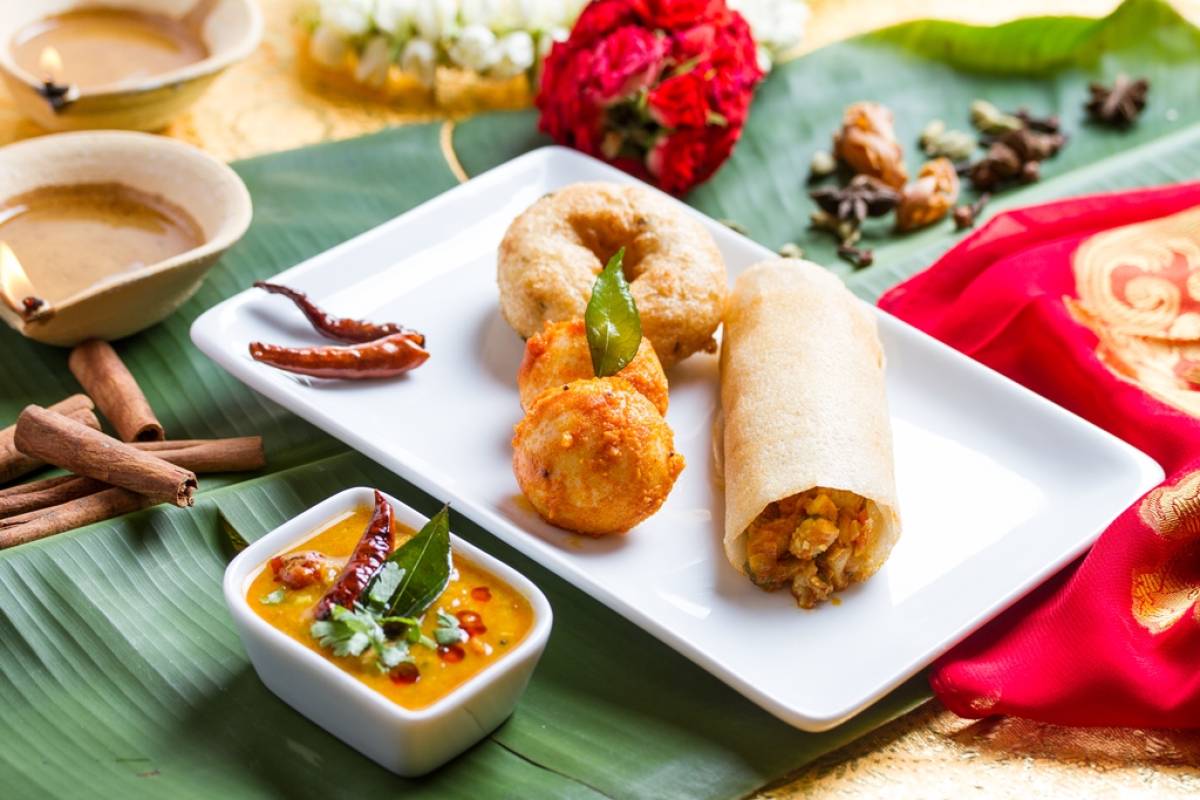 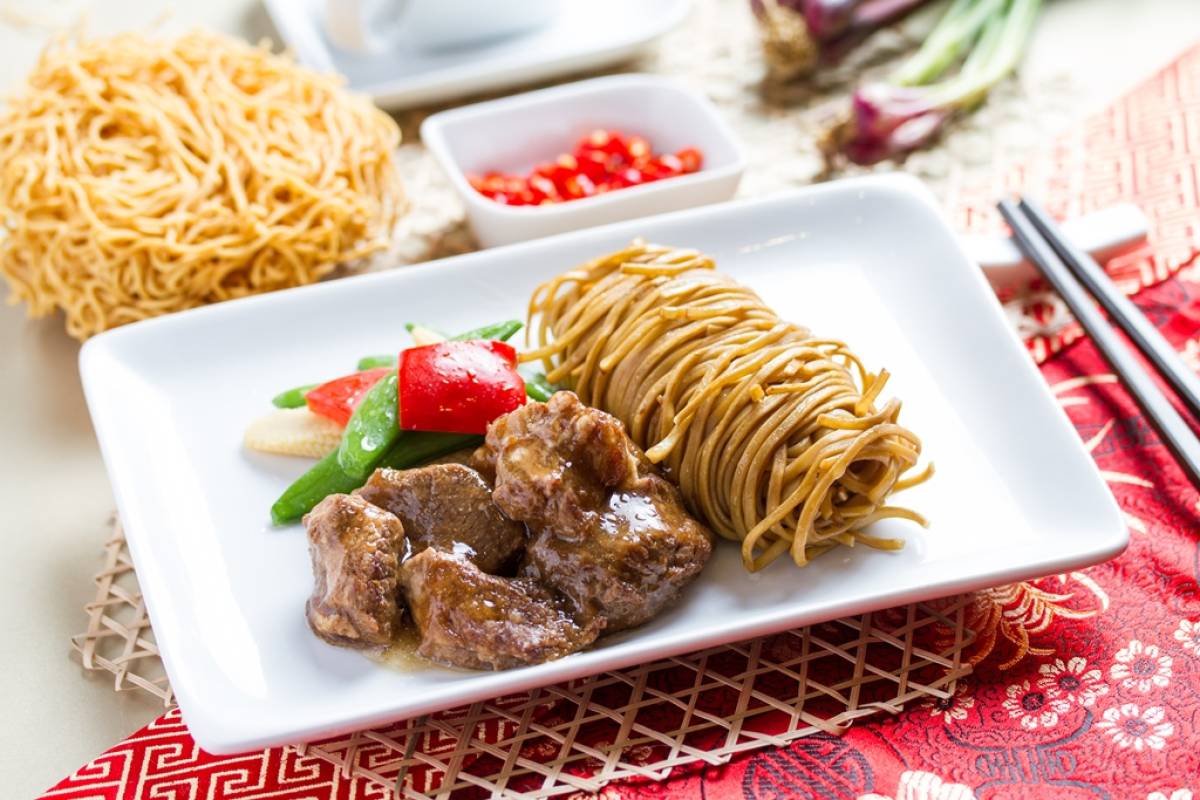 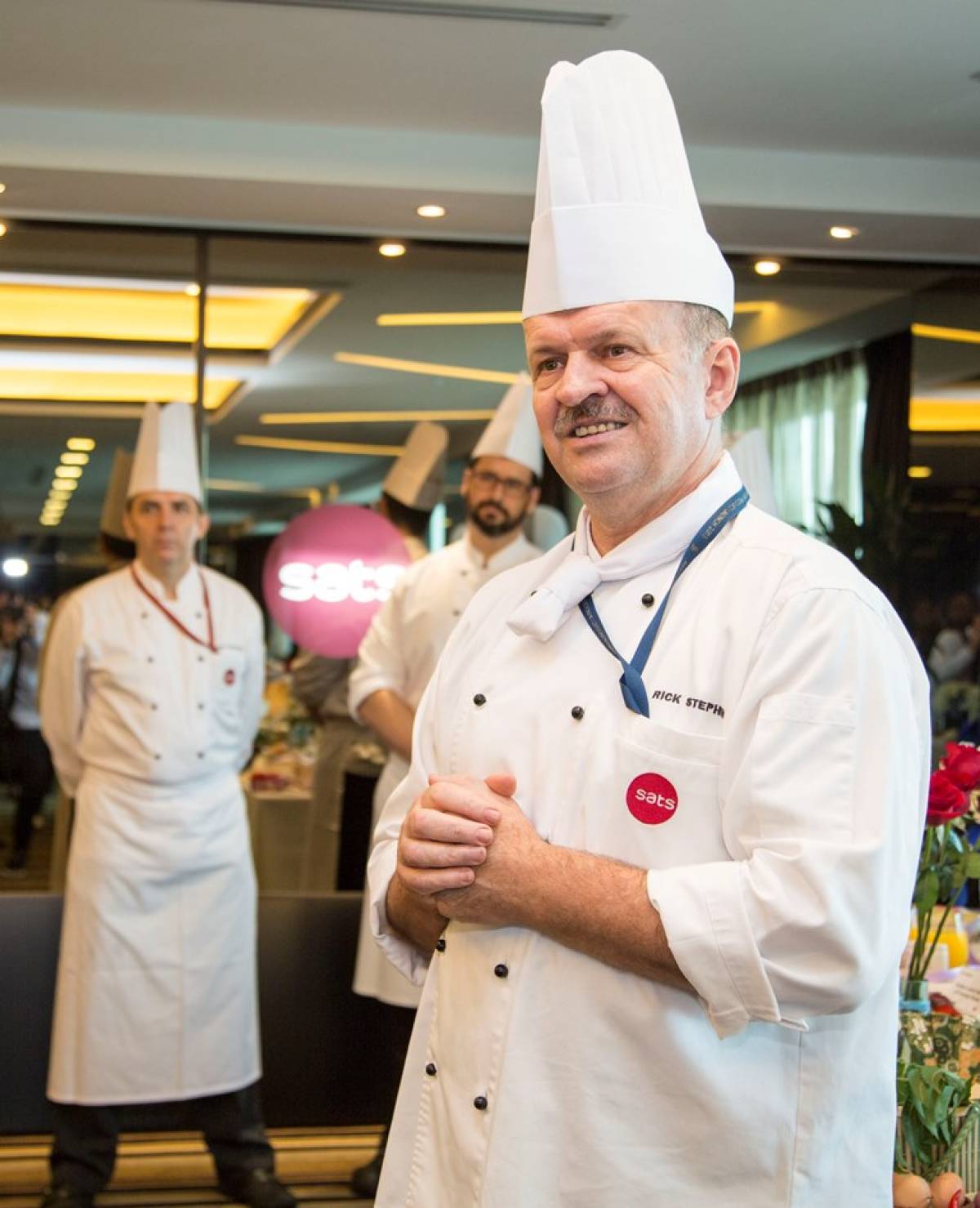 Ahh, the aromas. Aromas like you would expect in your mother’s kitchen, but not in one of the largest industrial kitchens in Singapore. After being robed up, given a hairnet, facemask and being blown at in all directions a large group of journalists were allowed into the food preparation area of SATS Inflight Catering Centre 2 adjacent to Changi Airport. SilkAir, the full-service regional wing of Singapore Airlines, was launching its All-Time Favourites menu, offering Business Class customers a specially, carefully and painstakingly chosen selection of meals. It took them months to go through more than 100 dishes and decide which were good enough to make the grade. With 20 meal options across Asian, Western, and Singaporean cuisines, customers can now book their favourite meals up to 24 hours in advance when travelling on flights leaving from Singapore that are three hours and above. The All-Time Favourites bookings can be done seamlessly via the respective SilkAir or Singapore Airlines websites, or through travel agents and the SilkAir or Singapore Airlines reservations offices, and will be available for all meals – breakfast, lunch and dinner. have always put our customers at the heart of our business, and make it a point to continuously improve our services and offerings to meet the needs of discerning travellers. The launch of the All-Time Favourites service is testament to that,” said Mr. Foo Chai Woo, Chief Executive SilkAir. Mr Woo assumed the role of CE on May 18, 2016 coming over from SIA where he was for 21 years, learning many positions until he had become Divisional Vice-President Sales & Marketing prior to this move.

“We pay very close attention to the food offerings on our flights. Food is important to all travellers, but we know how important food is to Singaporeans. It is an important part of their lives and their culture.

“The dishes we have curated for the All-Time Favourites menu is a reflection of SilkAir’s multi-cultural Singaporean heritage and also pays tribute to the 49 diverse destinations that we fly to,” Mr Foo continued. “Our All-Time Favourites dishes will allow our customers to enjoy the best specially curated meals that SilkAir has to offer, and we hope that this added convenience will truly make it a joy to fly with us.”

From these facilities they also provide meals for Nippon Airways, British Airways, Cathay Pacific, Etihad, Qantas, Silk Air, Singapore Airlines, and Thai Airways. And the provide food to Singapore’s army. Having an upclose look at the facilities and talking with Ryan Pua, Vice President Commercial, you begin to realize how difficult it is to serve quality meals several thousand feet in the air.

From the time meals are prepared to when it is served to hundreds of people it takes 12 hours. To provide a selection of meals, and get them to the right people, is getting easier with new technology, but is still a challenge.

On the ground the food was excellent as we made our way through the Oriental, Western, Muslim (halal) and Indian menus. They were “tasting” dishes, but by the time we got to the Indian food, I was so stuffed I was just tasting it. Champagne and an excellent French red wine made the afternoon slide by.

Along with the launch of the All-Time Favourites service are a few new additions to the inflight offerings for Business Class travellers. On selected flights passengers can now indulge in refreshments like freshly-squeezed orange juice and champagne, upon boarding the flight. Handmade chocolate pralines have also been added to the menu for a truly indulgent experience when flying with SilkAir, alongside a new hot beverage offering of Masala Tea.

All-Time Favourites like the Singapore Hainanese Chicken Rice, Fried Carrot Cake, and Fried Hokkien Mee are among the Oriental inflight menu offerings. Muslim favourites include the Roti Jala, Mee Rebus, and Ikan Assam. For those who enjoy Indian delicacies, delectable dishes like the Chicken Tikka, Mutton Masala, and Fish Biryani will tingle your tastebuds. Customers who prefer Western meals can look forward to dishes such as classic Blueberry Pancakes, Roasted Salmon Fillet, or Grilled Beef Tenderloin.

As the regional wing of Singapore Airlines, SilkAir operates the Singapore Airlines Group's narrowbody fleet and extends the Group network by seeding and developing new, exciting destinations in Asia Pacific. Mr Foo announced that new Boeing MAX 8 aircrafts – the Boeing 737 – are being added to the fleet. On October 3, 2016 a new route to Laos is being added. Three flights a week will go to the country’s capital, Vientiane, then it will go on to the cultural capital Luang Prabang.

The airline took to the skies in February 1989 as Tradewinds the Airline, before evolving into SilkAir in 1992. In its early days, the airline catered to passengers holidaying in exotic destinations in the region, including Phuket and Tioman. As the carrier developed, regional business destinations such as Phnom Penh, Yangon and Kuala Lumpur were added. Today, the full service airline operates over 400 weekly flights to 49 destinations in 13 countries. Recent additions to the network include Cairns (May 2015) and Male (Oct 2015). SilkAir’s network will increase to 51 destinations with the addition of Vientiane and Luang Prabang. The airline currently has a fleet of 31 aircraft, comprising 4 A319s and 11 A320s and 16 Boeing 737-800s. In August 2012, the airline announced the largest order in its history of up to 68 Boeing 737 aircraft, with firm orders comprising Boeing 737-800 and Boeing 737 MAX 8 aircraft.