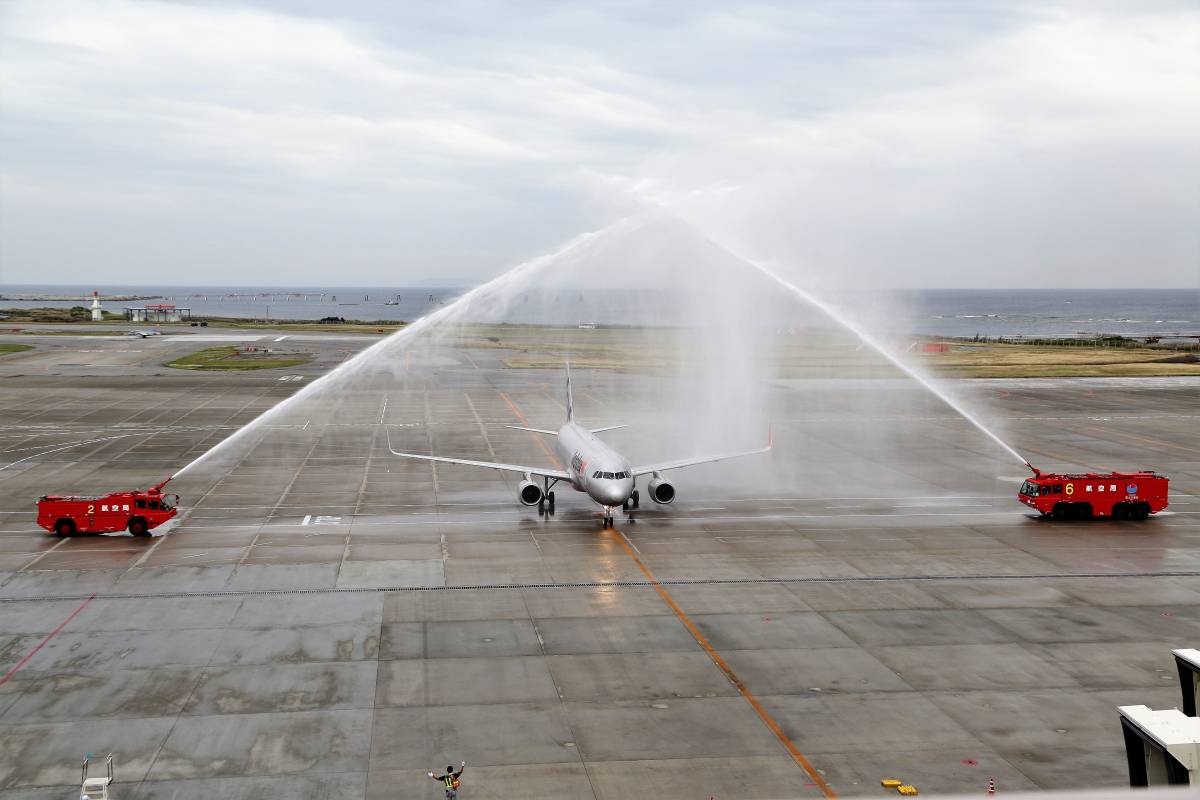 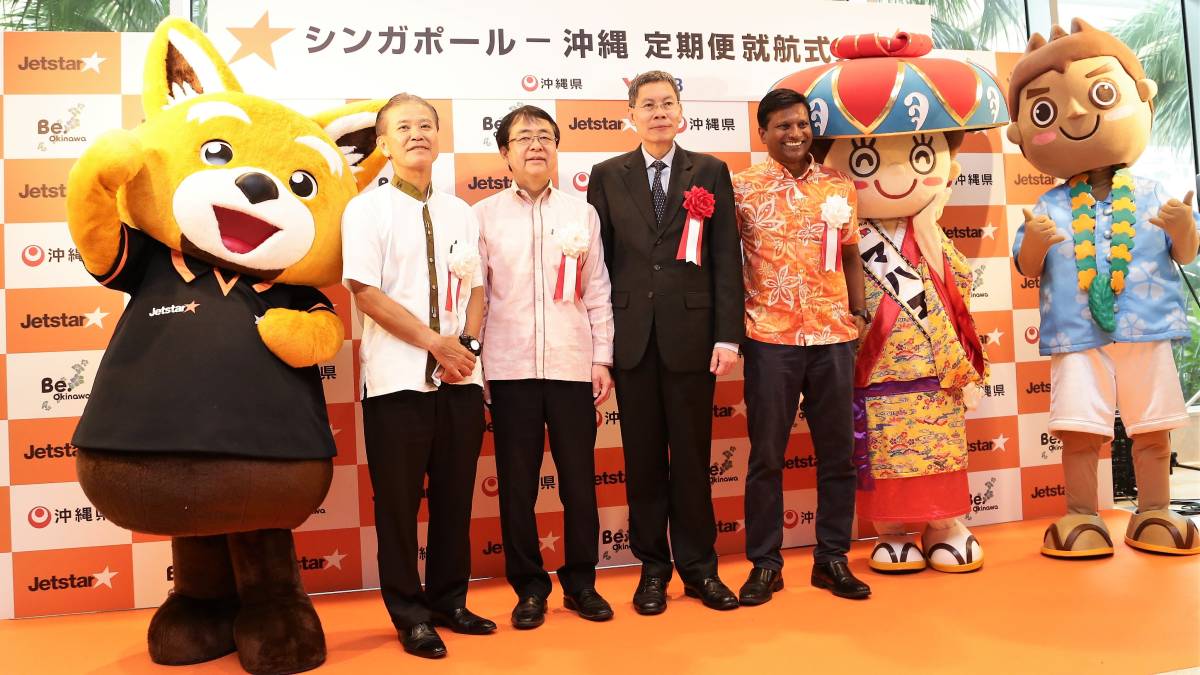 The first Jetstar Asia service 3K791 from Singapore to Okinawa landed November 17, 2017 at Naha International Airport with a full flight of passengers on board. The inaugural flight departed Singapore at 1.50am and arrived at Naha at 8.00am.

Okinawa is the second destination in Japan that Jetstar Asia now flies to, following our services to Osaka in 2012. Jetstar Asia will also be the only Singapore carrier operating direct scheduled services between Singapore and Okinawa.

CEO of Jetstar Asia Bara Pasupathi said, “Jetstar Asia has been offering low fares to the public for the last 13 years and has brought great value and exceptional service to travellers.

“Today is no exception as customers from Singapore, Indonesia and the rest of Southeast Asia will, for the first time, enjoy the value of our low fares to this popular beach destination through Changi Airport, the hub of the Southeast Asia region.” “Based on bookings, Okinawa is fast becoming the new favourite destination for Singapore travellers and the appeal is apparent,” said Mr Pasupathi.

“Not only is Okinawa known for its beaches and cultural history, travellers are pleased that this new service will save them time travelling between the two countries,” said Mr Pasupathi.

Previously, travellers from Singapore would need to stopover and transit for at least four hours to get to the island of Okinawa. The Jetstar service, with a flight time of only five hours and 10 minutes, will almost half the time of travel needed for travellers.

“We have low-cost carriers operating into Okinawa for a few years now and recognise the positive transformation that Jetstar and other low-fares carriers have made on tourism and the economy. We are now more prepared to receive tourists from all over the world. One such example can be seen in hotels; more and more international brand hotels like Ritz-Carlton, Marriot, and Hilton start operating in Okinawa,” said Mr. Kadekaru.

He added, “Tourism to Okinawa has been on the rise and we aim to welcome 2.65 million international visitors by the end of March 2018.”

“From Singapore, we anticipate that Singaporeans will make Okinawa their popular Japanese destination with various attractions including food known as Nuchi-gusui (food as medicine), abundant nature, and unique strolling points, as with the large Japanese expatriate community based in Singapore.”

The thrice-weekly new service will be operated by Jetstar Asia’s 180-seat A320. One-way Economy Starter Fares from Singapore starts from SGD179.

For more information about Jetstar:

Visit our image gallery at www.flickr.com/photos/jetstarairways