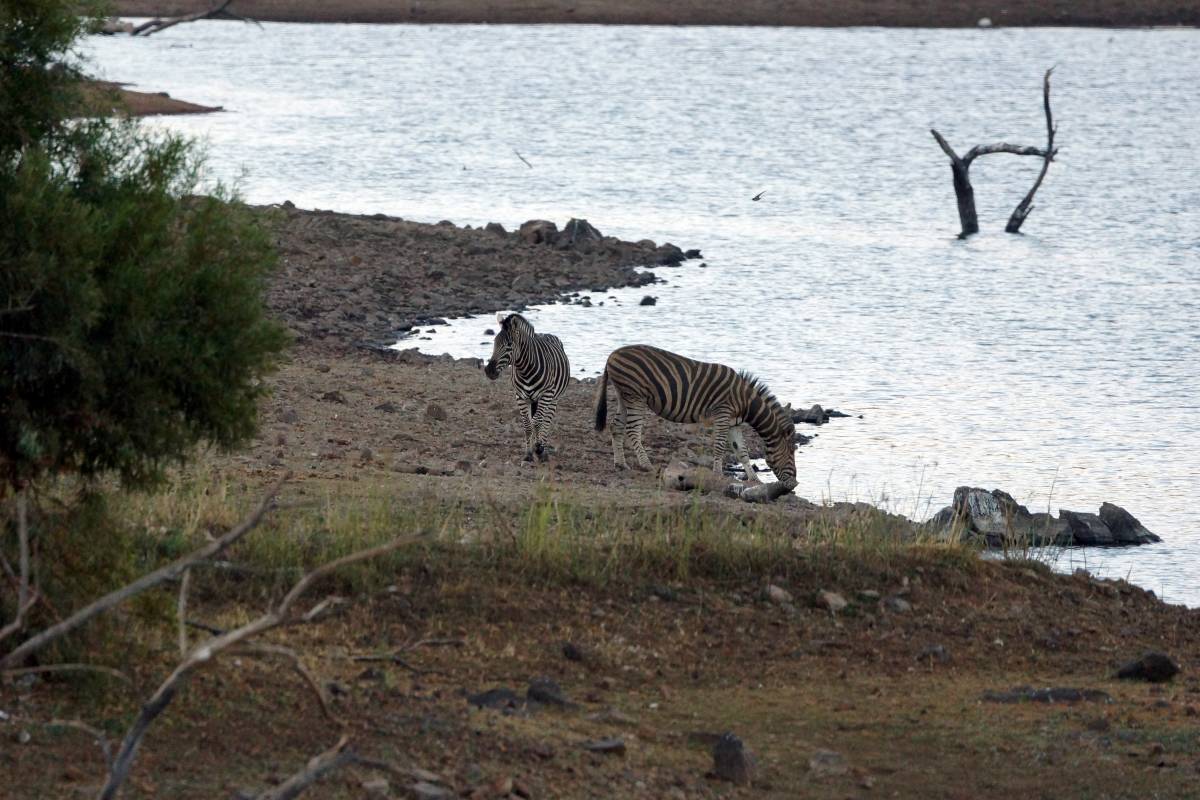 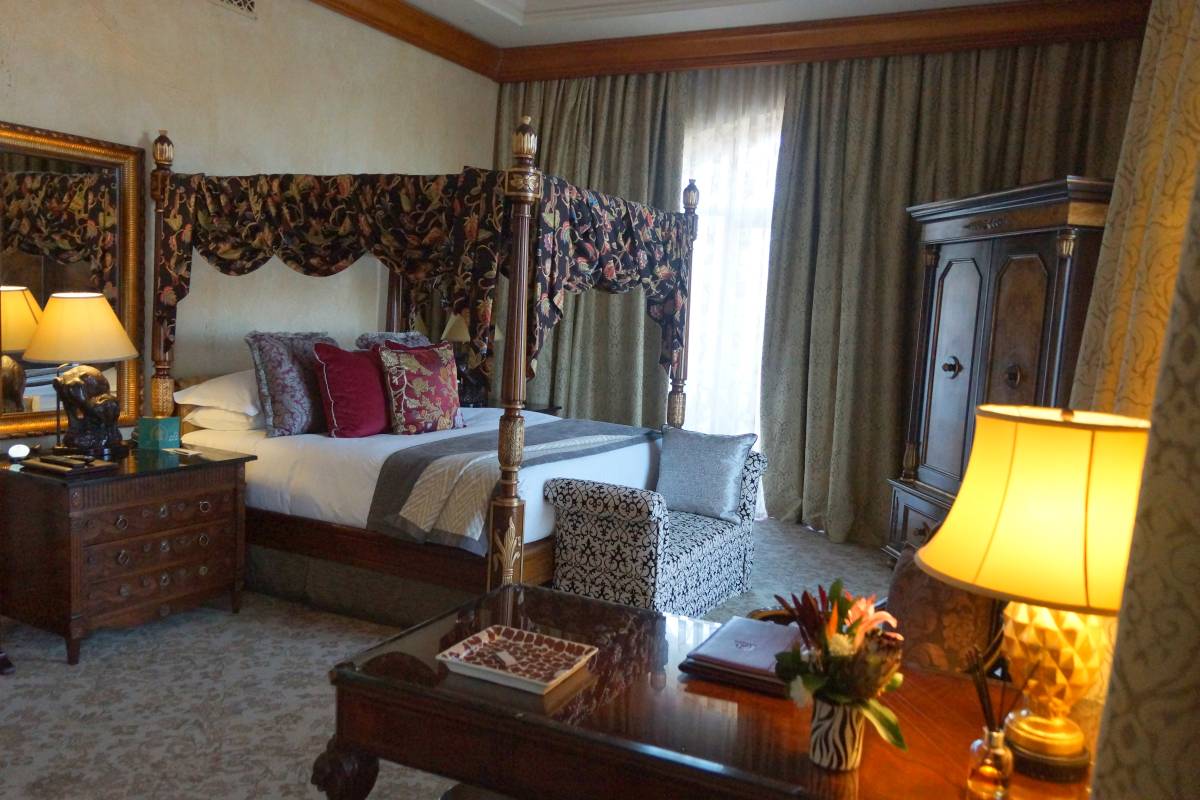 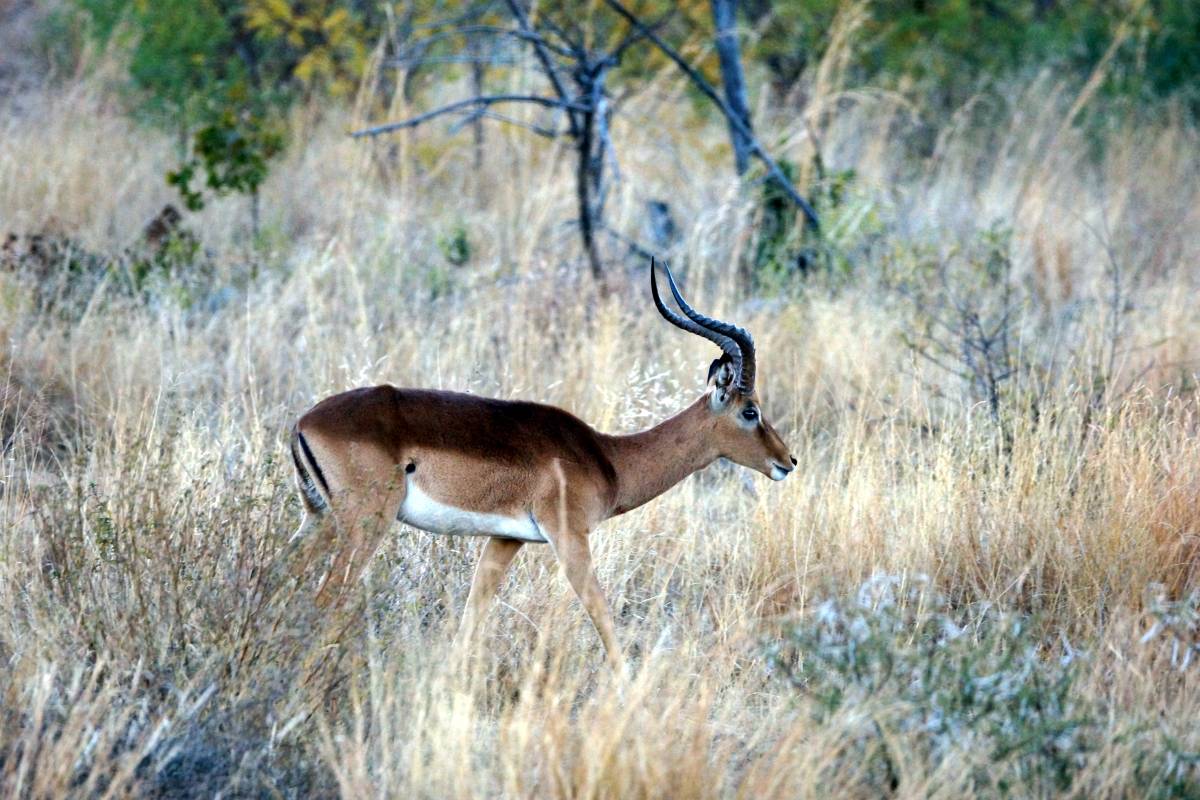 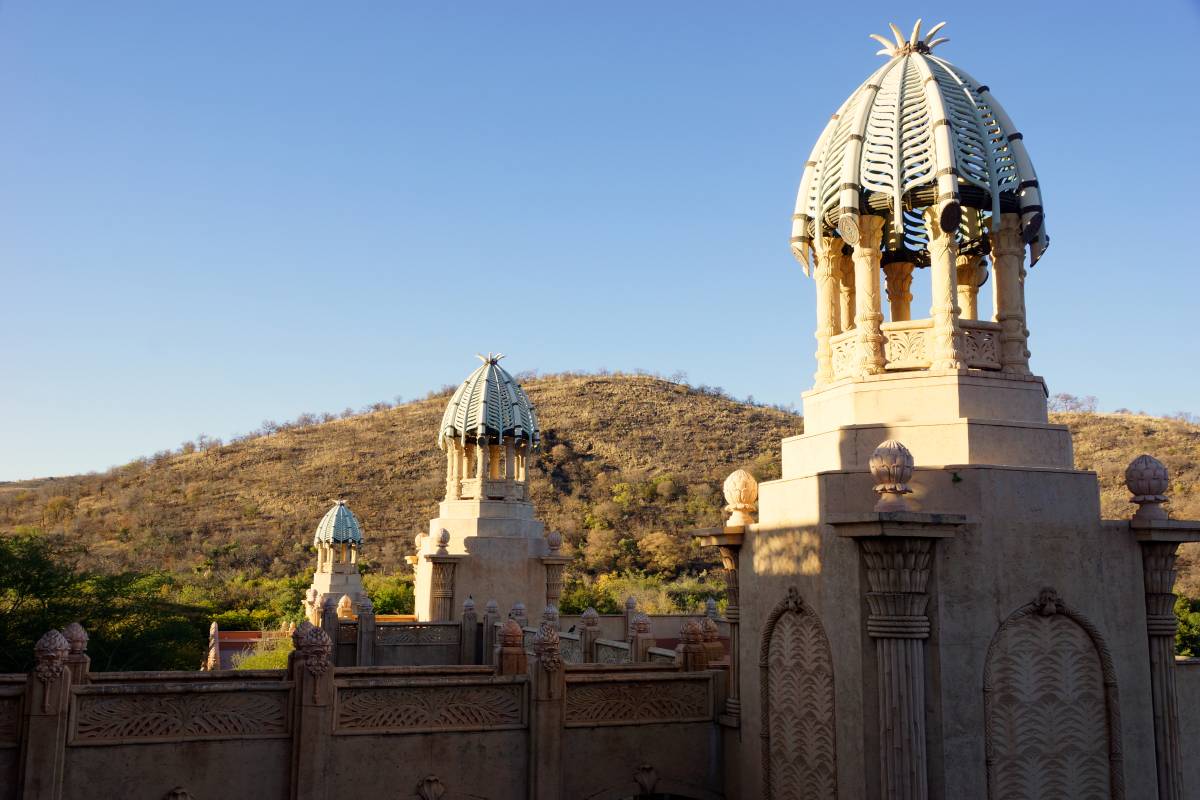 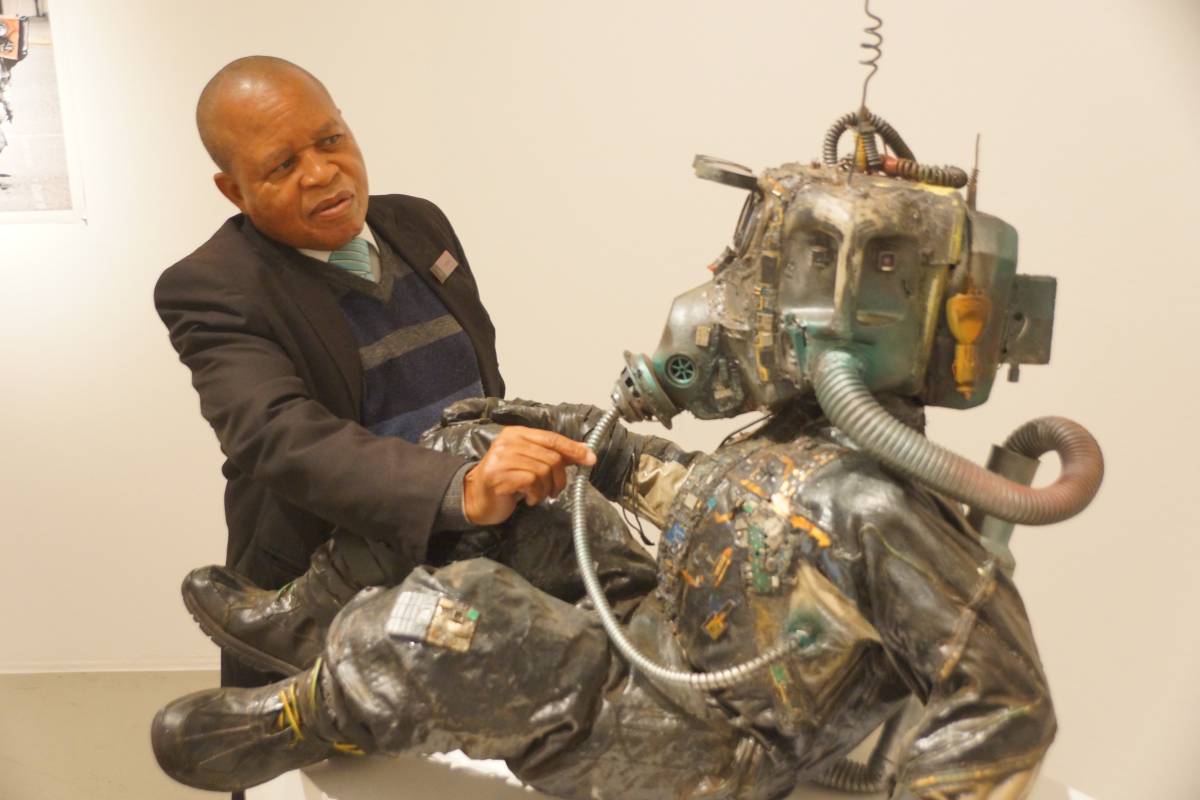 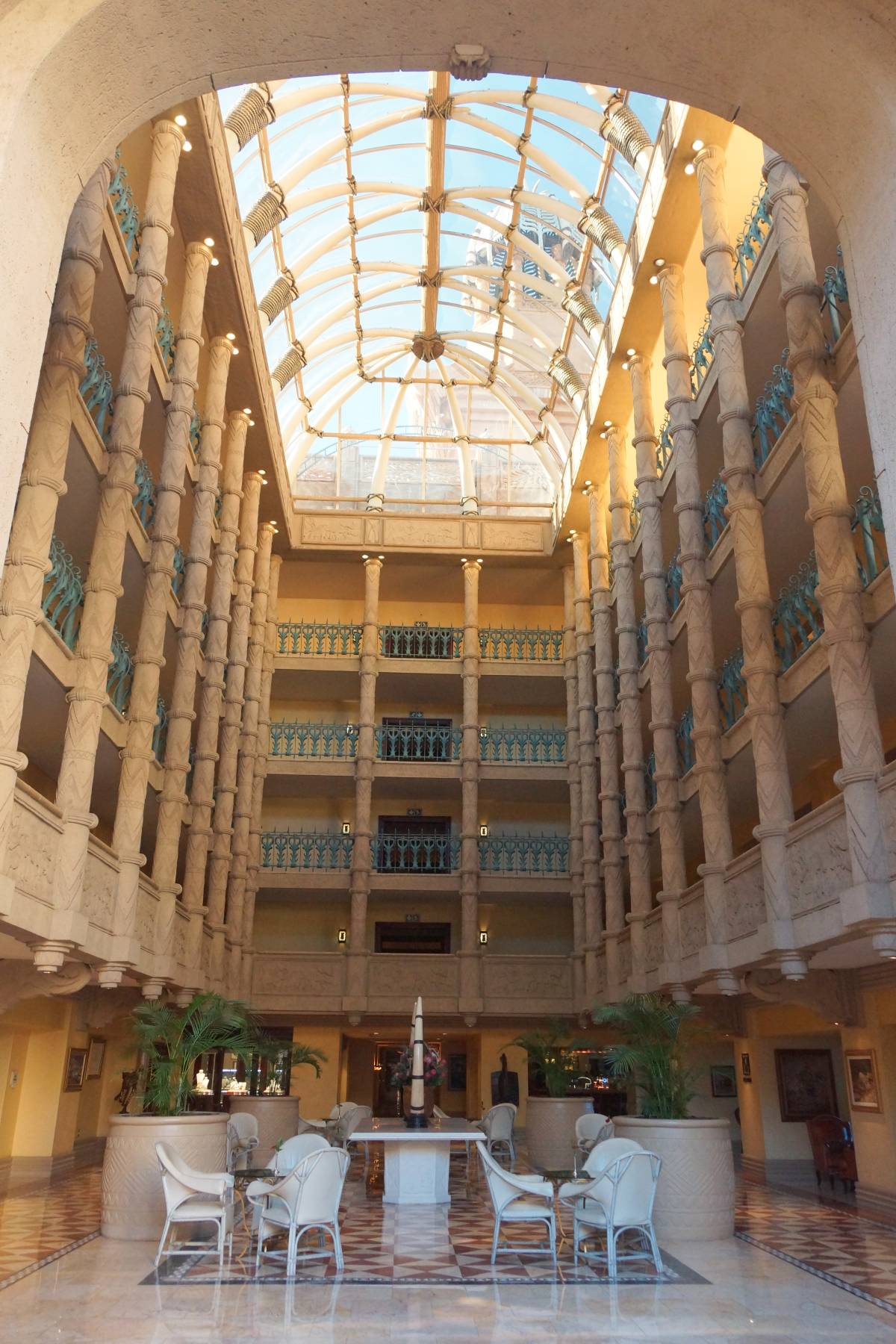 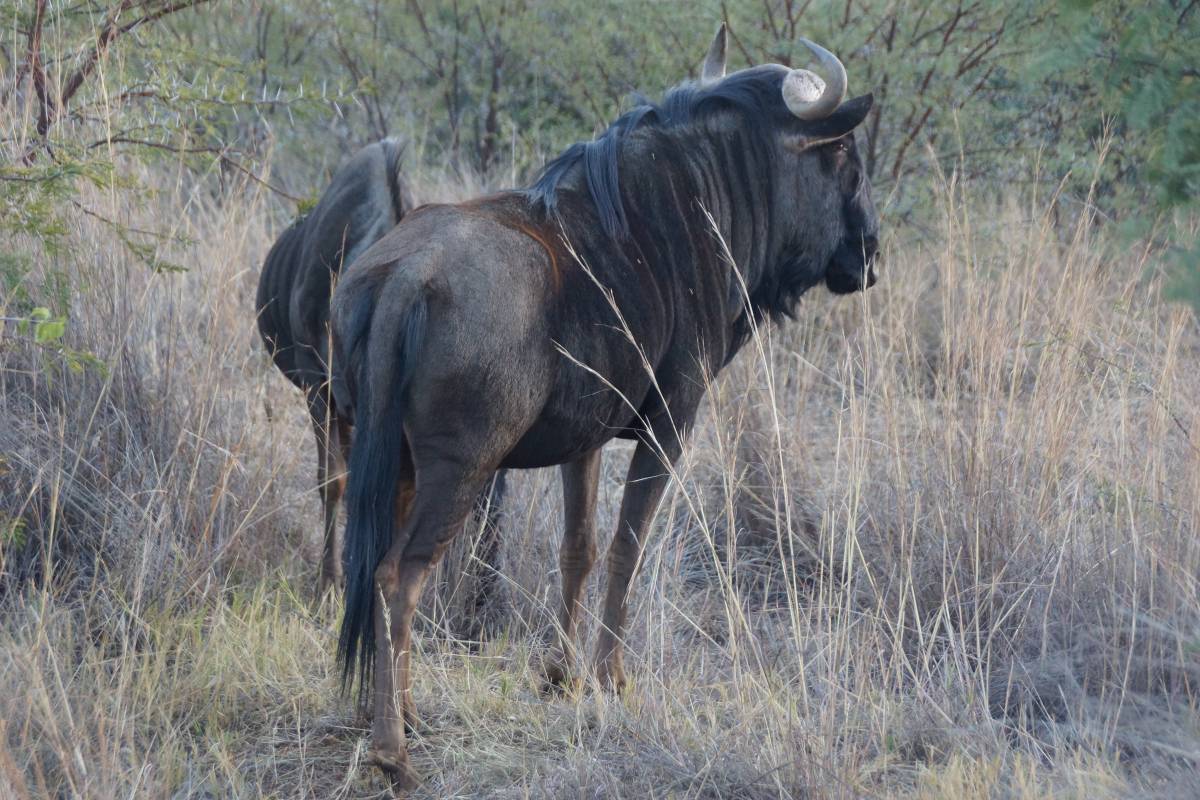 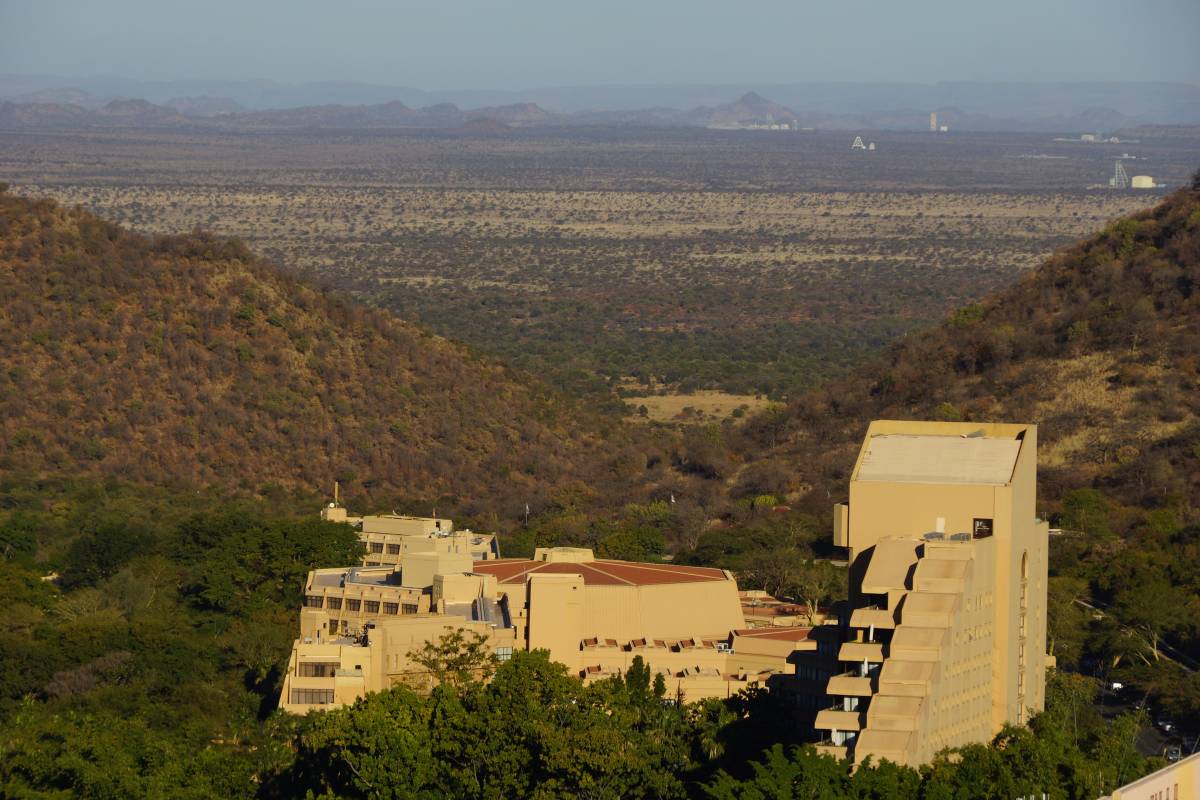 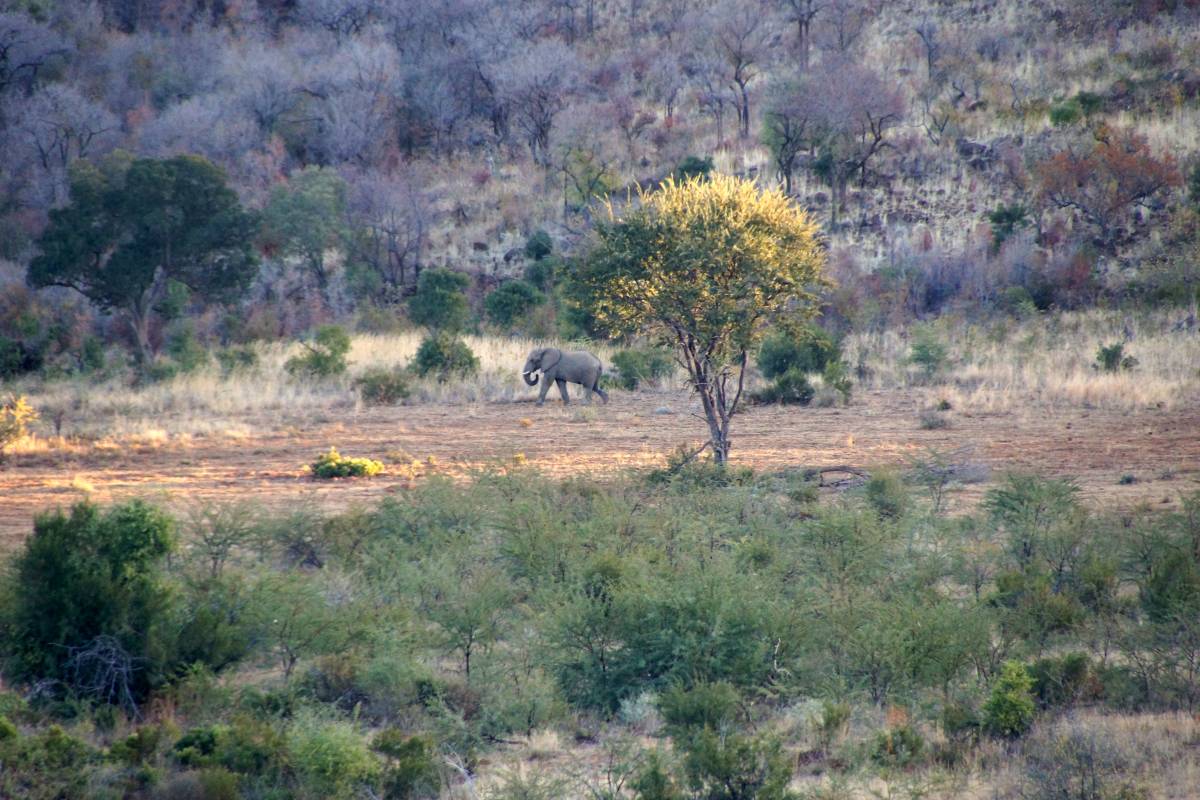 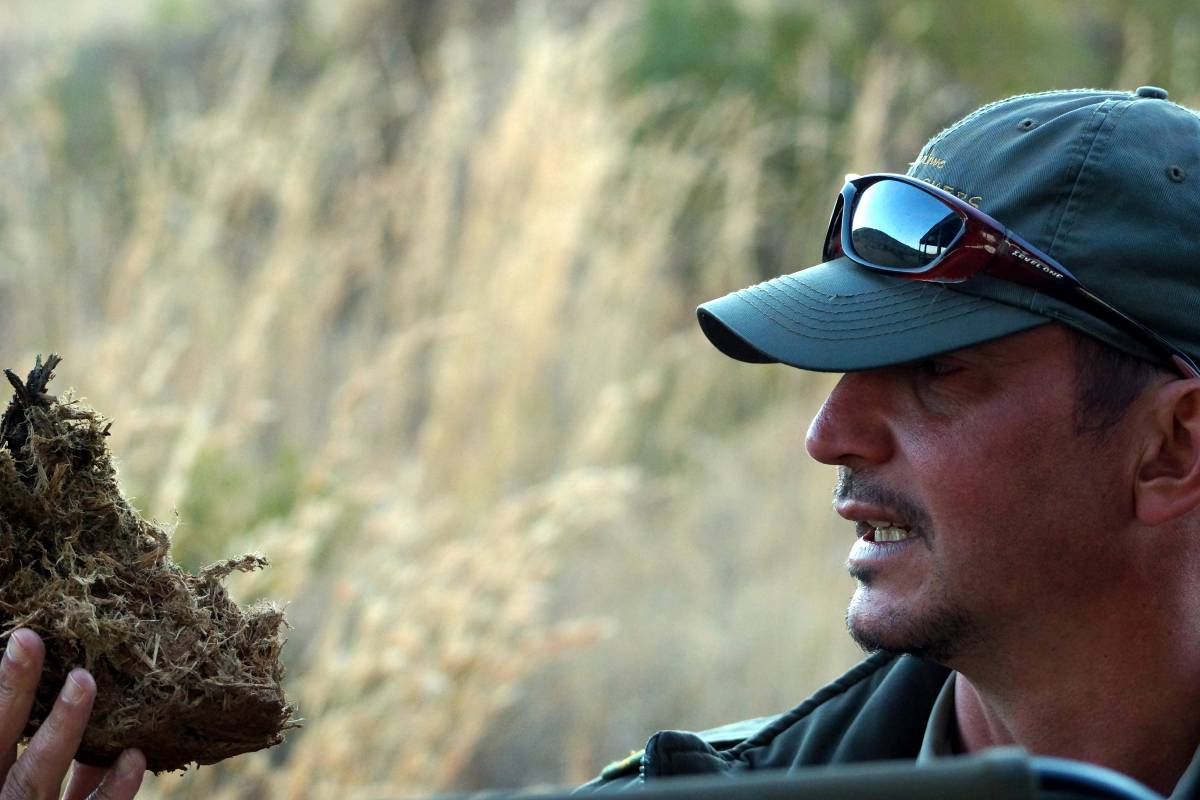 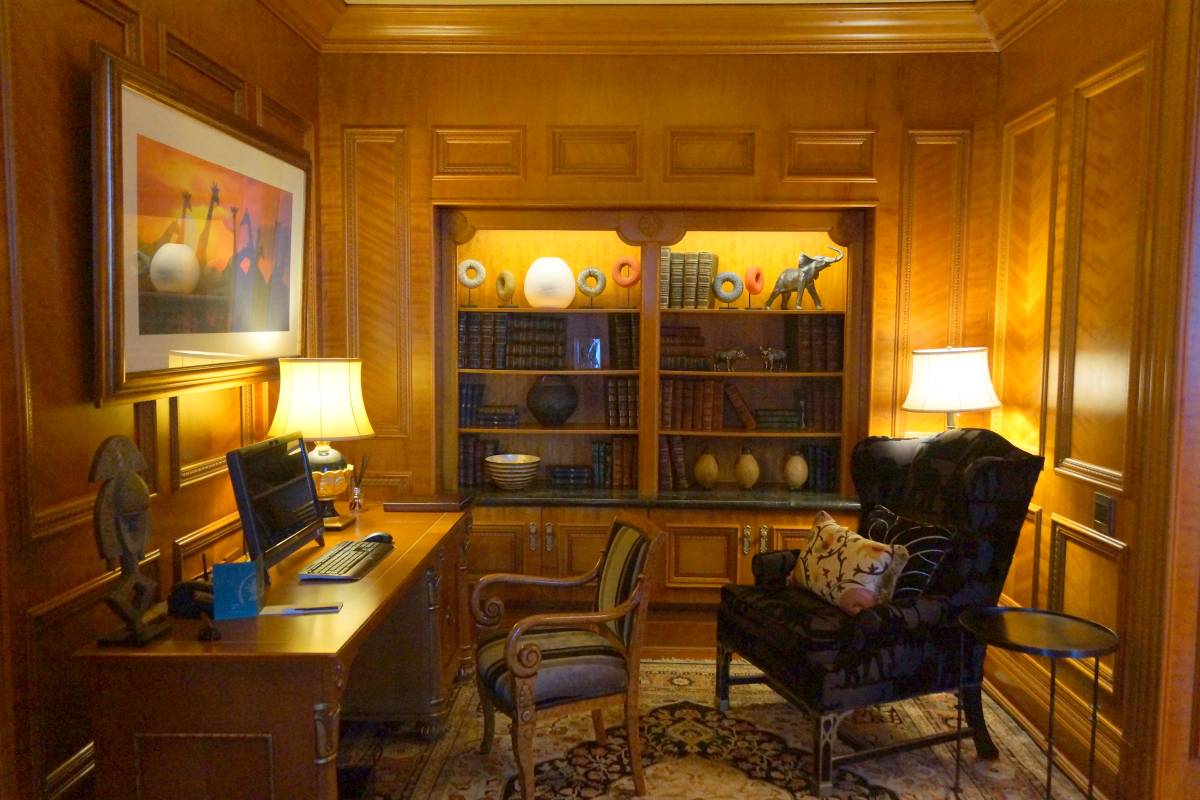 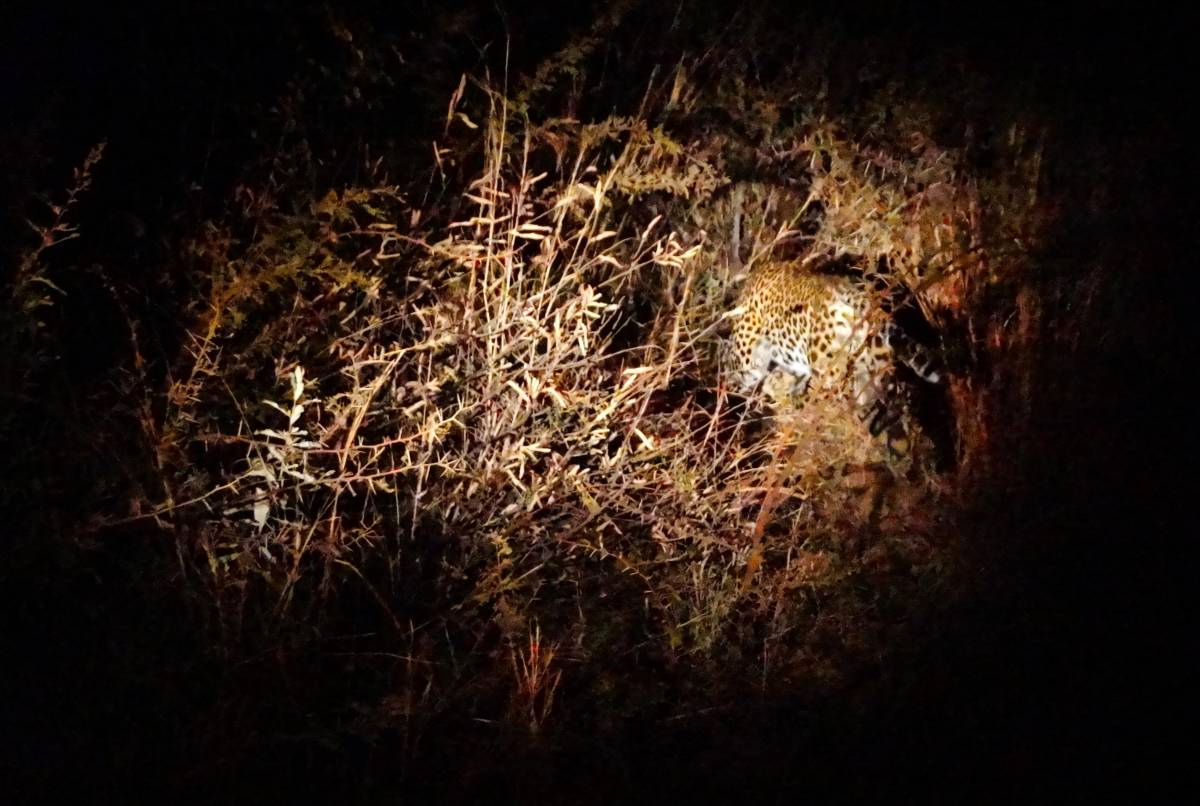 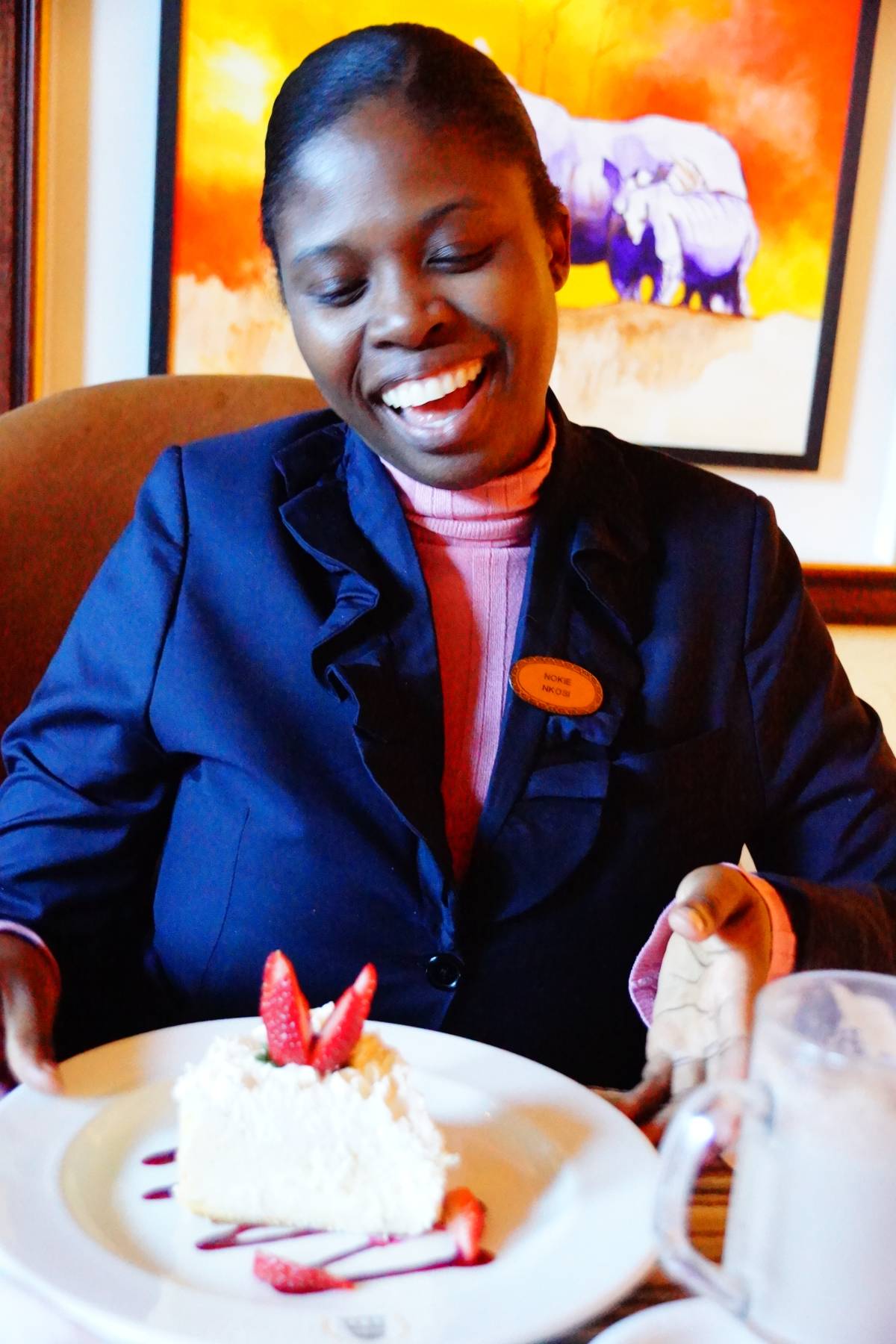 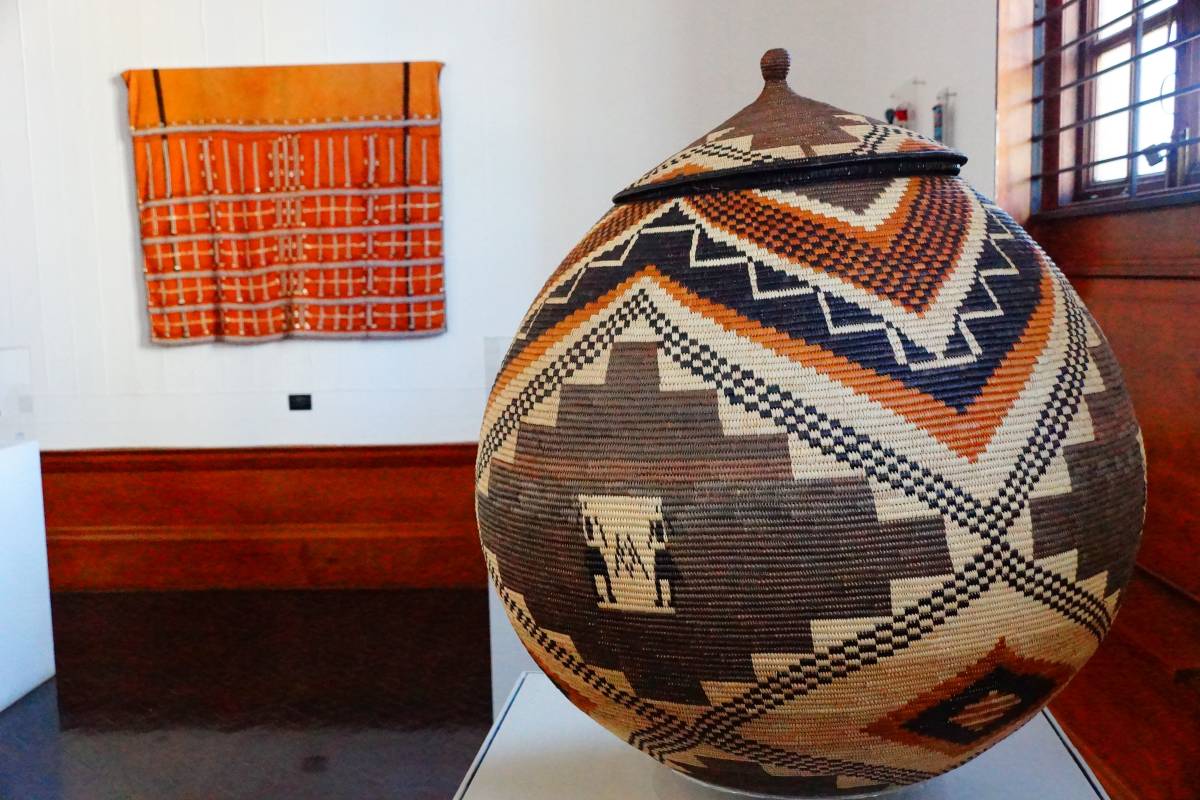 The first thing that impressed about South Africa is how engaging the people are. My sample is limited - mostly the staff of Sun International - but they engaged in a way that you can’t train or tell people to do.

When I was enjoying a very good breakfast Nolly was quick to ask me if I wanted coffee. We chatted and she was delightful. Ranti who was also serving and clearing tables took my empty latte glass, “The fight is over,”he said referring to the finished coffee. “When it is a latte it is not a fight,” I responded, but passionate love.” Ranti laughed heartily. After breakfast I met Themba, who was my guide and driver for visiting the Goodman Gallery. We took the same white Audie I had been picked up in the night before and we drove for about 1/2 an hour through broad tree lined streets to the Gallery which is located, according to Themba, in an older part of the city.

The Goodman Gallery (www.goodman-gallery.com) is in an old converted home. It hosts art shows that change regularly. When we arrived the show as described on the website was: This year the Goodman Gallery has invited curator Tegan Bristow to curate the exhibition POST AFRICAN FUTURES around her cohesive research into technology based art in Africa.

It was multimedia, and provided a variety of strong images. It was not very large so we found ourselves with a bit of time on our hands. Themba suggested that we make a quick trip to the Johannesburg Art Gallery. I wasn’t convinced we had enough time - and I was right.

Themba was a fount of knowledge as he talked about the history, about the politics and about the culture of South Africa. President Zuma has got himself in a bit of trouble and Themba says, “He should not walk around with his private parts hanging out.

It was a q uick visit to the Johannesburg Art Gallery which has some very interesting native crafts.

We were late getting back to the Maslow where T’sile was waiting to take me to the Palace, another Sun International Hotel in their Sun City Resort - their first property.

It was a beautiful two hour drive through striking country of arid rolling hills, past irrigated land where much of Johannesburg’s and Pretoria s vegetables come from. Through the two hours T’sile and I talked about our lives and I got a glimpse into the life of South Africans. The Palace is an ornate sprawling edifice that is delightful. I quickly dropped my luggage in my spacious room - I don’t think it is a Presidential room, but it is huge - maybe the Vice Presidential room. I was half an hour late and Nokie, from the hotel’s PR department was waiting for me. Before we had lunch Nokie introduced me to Savita Vig, Duty Manager. We had a quick chat as she welcomed me to the hotel. Over an excellent lunch Nokie filled me in about the property that includes a casino, four hotels and extensive entertainment facilities. As we ate a monkey walked in, stole an apple and dashed for the door.

Nokie showed me a standard room, a family room and a Presidential suite - the one that Michael Jackson preferred when he stayed there. Which he did several times. Oprah Winfry held a New Year’s Eve party there, with many A-listers from Hollywood. I met Nicole Turner, PR Manager at the front of the hotel where Morne from Mankwe Gametrackers who was to take us into the 55,000 hectare Pilanesberg National Park. At the park entrance Morne loaded several bullets into the rifle that he kept on the dashboard of the truck. It was a three hour drive - that became very chilly after the sun went down - it is winter here now. Morne knows absolutely everything about the animals. Not only where we might find them, but about their sex lives and social and hunting habits and abilities. Although we didn’t see any lions, we did see a lot of beautiful animals. I am not sure if the highlight was seeing the leopard - when we’d given up hope of spotting any of the cats - or following a somewhat cantankerous elephant in heat down the road. He swayed from side to side and wouldn’t let us pass while he urinated down his legs - to attract a female he hoped. It was one of the most rank odors I have ever encountered. Nicole and were very chilly when we got to Tusks restaurant where we enjoyed red wine with our meals. I had a very good steak. Nicole filled me in details about Sun International and about what I will be doing tomorrow - which includes a Maze and Rhino tracking - which should be thrilling. Travel Gets Booster Shot When WHO says Cases of Omicron ...