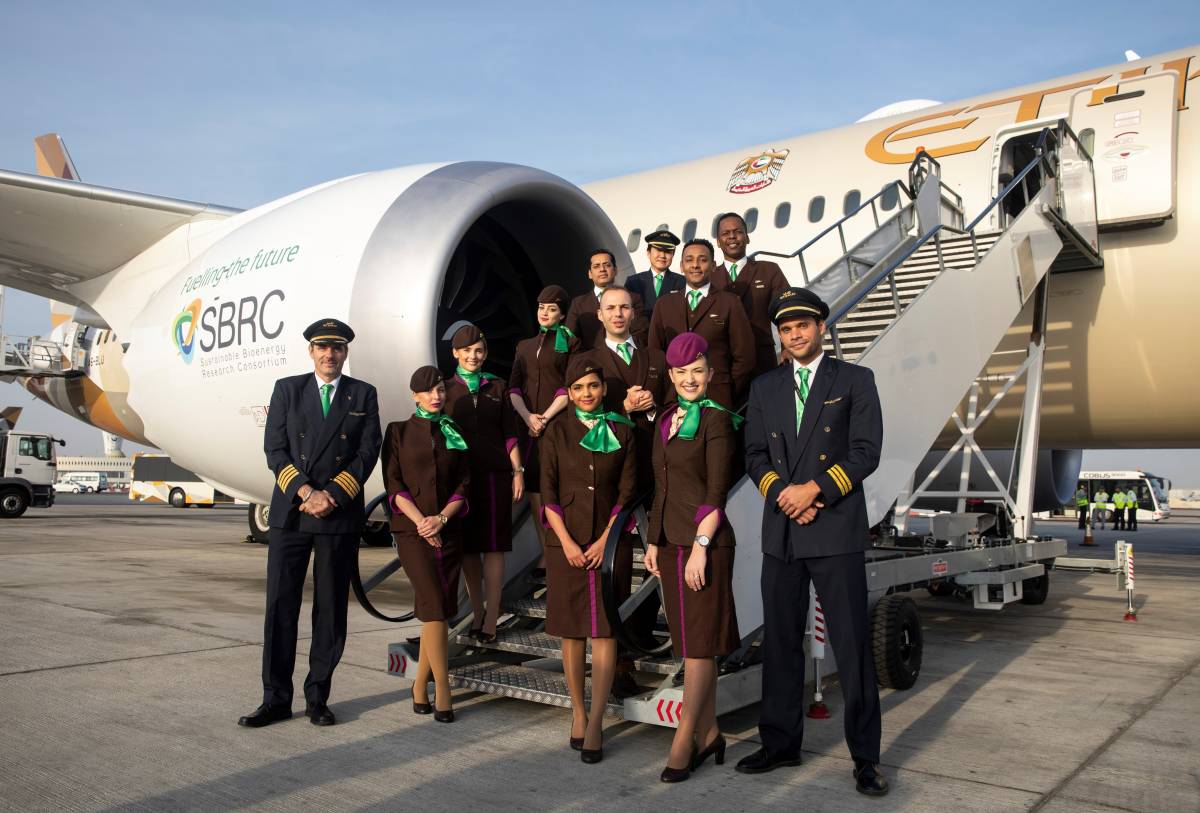 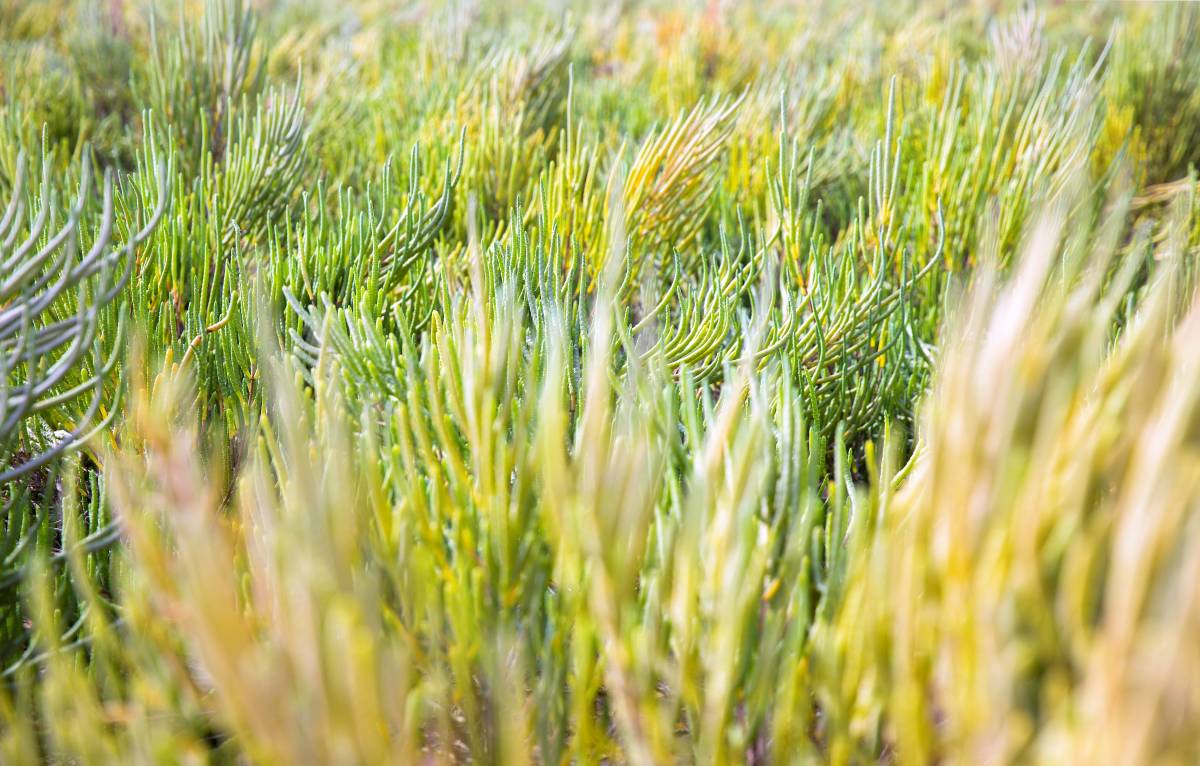 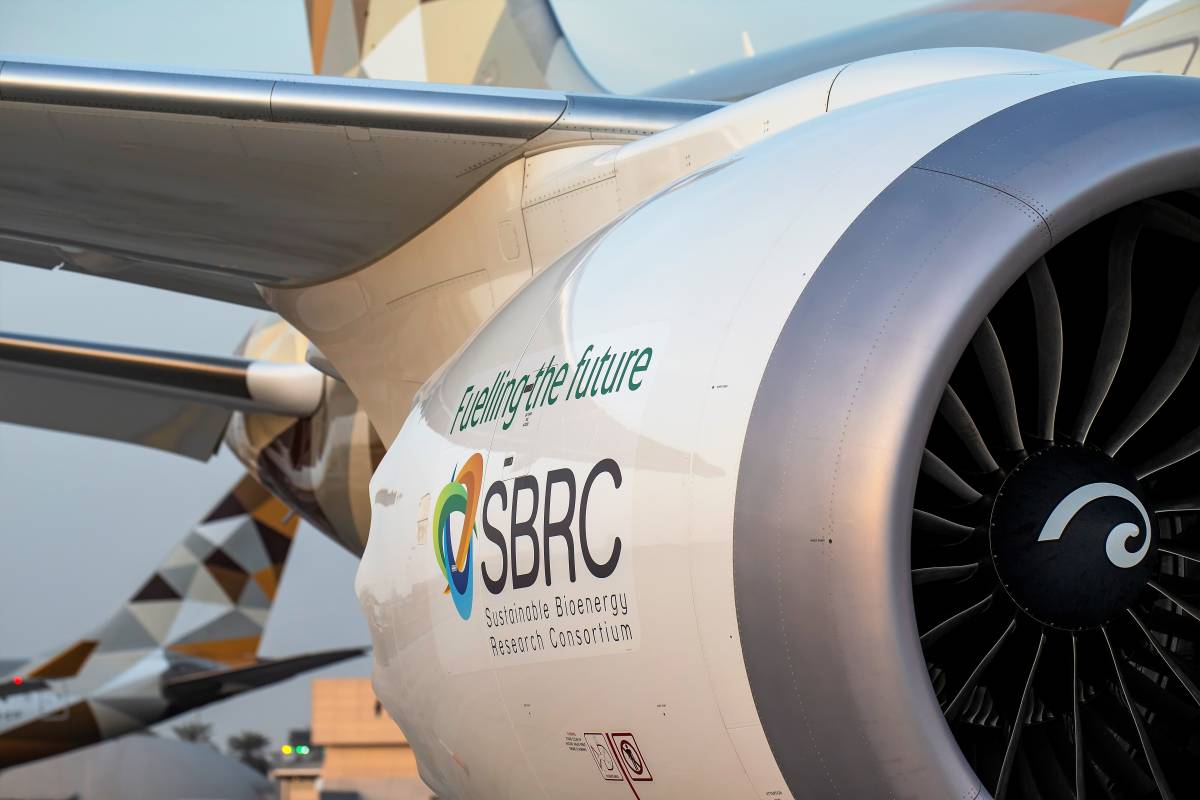 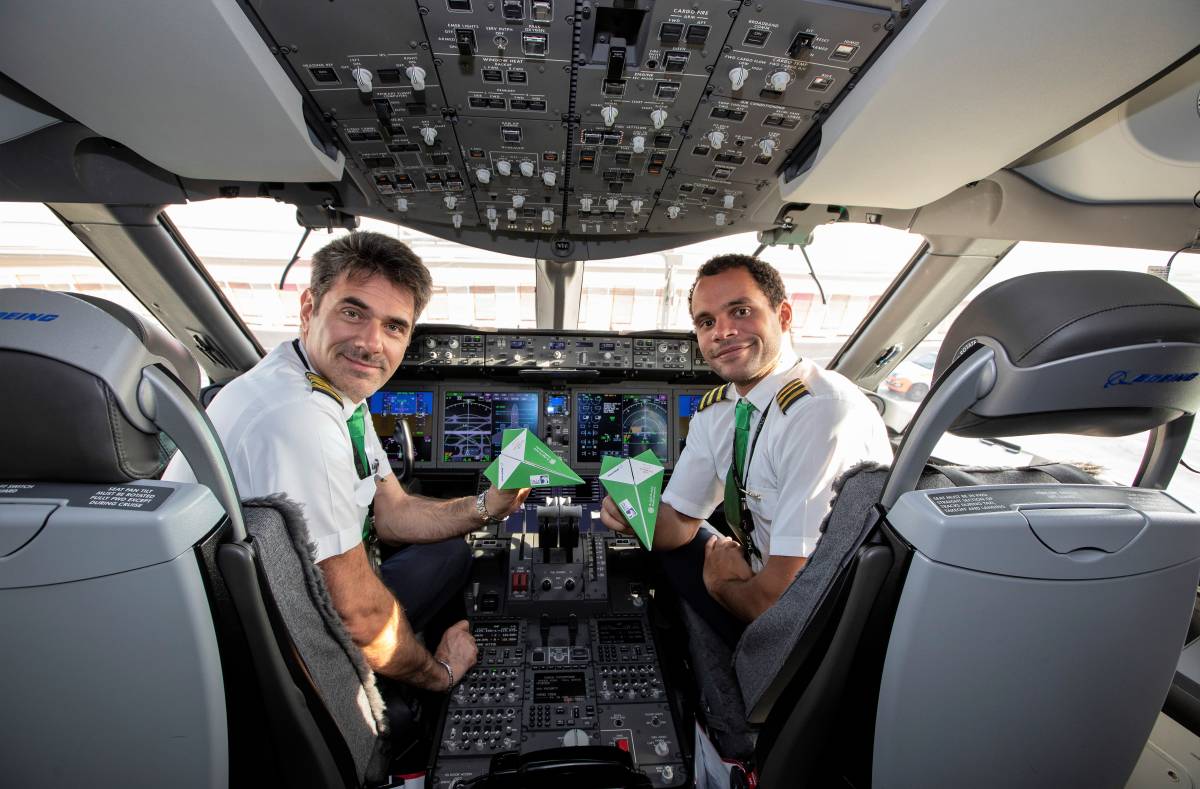 The flight from Abu Dhabi to Amsterdam marked a major milestone in the development of a clean, alternative aviation fuel to reduce carbon emissions. The initiative also addresses food security in the UAE through the farming of seafood as a core element in the process.

The SBRC partners have been working together to prove the concept of a comprehensive value chain that is centered around the Seawater Energy and Agriculture System (SEAS). This is a synergistic industrial platform that supports the aviation sector, the oil and gas industry, food production and the creation of a new agricultural alternative in the UAE.

His Excellency Dr Thani bin Ahmed Al Zeyoudi, Minister of Climate Change and Environment, said: “The UAE’s visionary leadership is strongly committed to positioning the country as a global hub for innovation and sustainability. In this context, productive cross-disciplinary public/private partnerships are crucial to fuelling research and development efforts and creating game changing innovations that enable a more sustainable future.

“Deep decarbonisation of energy-intensive industries has a ripple effect on food security and climate action. Clean, alternative aviation fuels are an innovative and sustainable solution to significantly reducing harmful carbon emissions. The UAE is proud to be a pioneer in this domain.”

Her Excellency Mariam bint Mohammed Saeed Hareb Al Mheiri, Minister of State for Food Security, said: “This proof of concept is a ground-breaking development that addresses the challenges of energy, water and food security – three elements that are inextricably linked and which form a nexus, meaning that actions in any one area have an impact in the others. What is particularly exciting about the SEAS is that it is an initiative that supports multiple platforms; aviation, oil and gas and agriculture. It is an important specialised initiative under the aquaculture umbrella, with the UAE recognising that this sector represents one of the best uses of what is the region’s most precious resource and has consequently established its aquaculture sector with an investment of more than AED 100 million to develop hatcheries and fish farms.”

Etihad Airways has been at the forefront of aviation biofuel research in the region and this marks the first time that a flight has been operated on fuel derived from plants grown in saltwater. Tony Douglas, Group Chief Executive Officer Etihad Aviation Group, said: “This is a significant milestone for the UAE and its key industries. Etihad is fully committed to this project which demonstrates a successful proof of concept that is local, viable, cost-effective and sustainable. “Decarbonisation is important across the aviation industry and, together with our partners, Etihad is proud to be at the forefront of this pioneering new research.”

Sustainable fuel for the flight was derived from oil in Salicornia plants, which were grown on the two-hectare SEAS farm in Masdar City. The SEAS is the world’s first desert ecosystem designed to produce fuel and food in saltwater. Fish and shrimp raised at the facility provide nutrients for the plants as well as contribute to the UAE’s food production.

Dr Arif Sultan Al Hammadi, Executive Vice-President, Khalifa University of Science and Technology, said: “The landmark achievement by the SBRC, part of Masdar Institute at Khalifa University, and partners marks a new beginning for the use of clean fuel for air travel. Khalifa University is proud to be part of the consortium, driving research and innovation, while contributing to creating a sustainable biofuel value chain, supporting the UAE’s strategic objectives in the energy and food sectors. The collaboration partners and Masdar Institute researchers have contributed significantly to achieve this success and we believe the use of biofuel for this commercial flight will make a compelling statement that impacts stakeholders in the aviation, energy and transportation sectors.”

Dr Al Hammadi added: “As a leading research institution in the region focused on providing cutting edge technologies in clean energy, Masdar Institute at Khalifa University remains committed to continue with its mandate to produce biofuel, clean energy, and sustainable technologies for reducing carbon emissions, as well as water and environment-related research.” Using sustainable feedstock to produce the fuel significantly reduces life-cycle carbon dioxide emissions compared to fossil fuel. The biofuel is blended directly with jet fuel and does not require any modifications to aircraft, engines or airport fuelling delivery systems. The unique initiative also bolsters the oil and gas industry by using existing refining infrastructure, with the potential to become an important new option for sustainable aviation fuel in the future.

ADNOC Refining has played a fundamental role, providing the expertise and infrastructure to ensure the effective refining of the seed oil to meet stringent jet fuel standards. ADNOC Distribution has also provided an essential element of the project through the blending and delivery of the biofuel to the aircraft.

UOP-Honeywell’s (a founding member of the SBRC) Ecofining technology was used in the refining process of the oil and recognition is also given to Abu Dhabi Vegetable Oil Company  (ADVOC) for essential assistance in the pre-treatment phases.

Jasem Al Sayegh, Chief Executive Officer ADNOC Refining, said: "We are proud of the role that ADNOC Refining is playing in carrying out this research for the SBRC pilot project. Today represents a significant step forward on the journey towards finding a final solution for commercial-scale aviation biofuel.”

Approximately 160,000 passenger flights have flown on a blend of sustainable and traditional jet fuel since the first biofuels were certified for commercial use in 2011. Sustainable aviation fuel represents a significant opportunity to help aviation meet its goals to cap the growth of carbon emissions by 2020 and cut levels to half of what they were in 2005 by 2050.

Operated by the SBRC, the SEAS pilot facility became operational in March 2016. Salt-tolerant halophyte plants that thrive in desert conditions and do not require fresh water or arable land to grow are nurtured there. After wastewater from the fish fertilises the plants, it is diverted into a cultivated mangrove forest. This further removes nutrients and provides valuable carbon storage before the naturally filtered and treated effluent is discharged back into the sea.

Over the course of the next few years, the system is expected to scale up to 200 hectares in the move towards full-scale commercial implementation.