Cost of single aircraft treatment could be below $10; product shipment starts in July 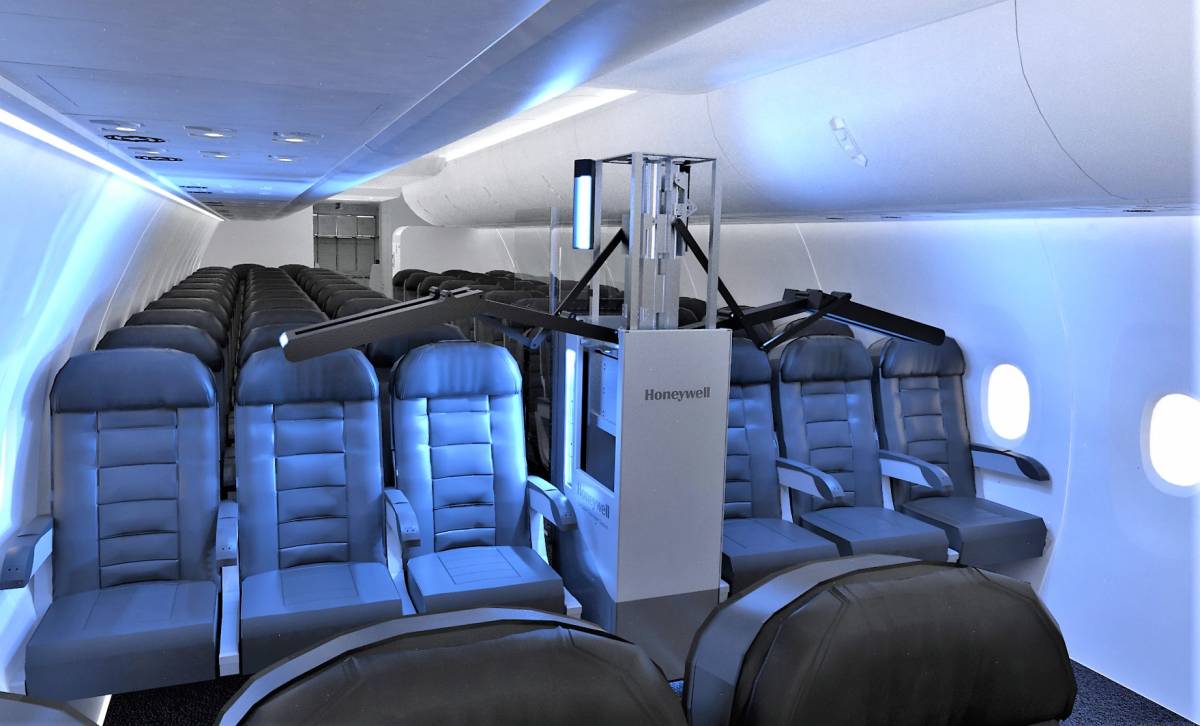 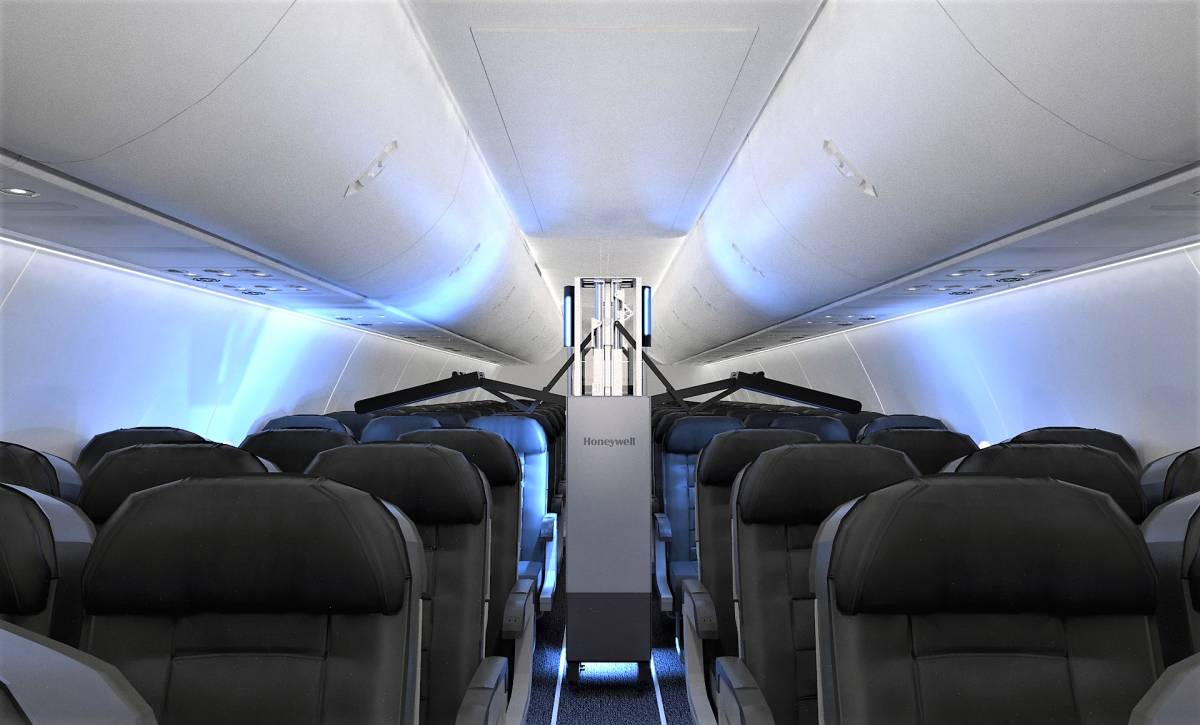 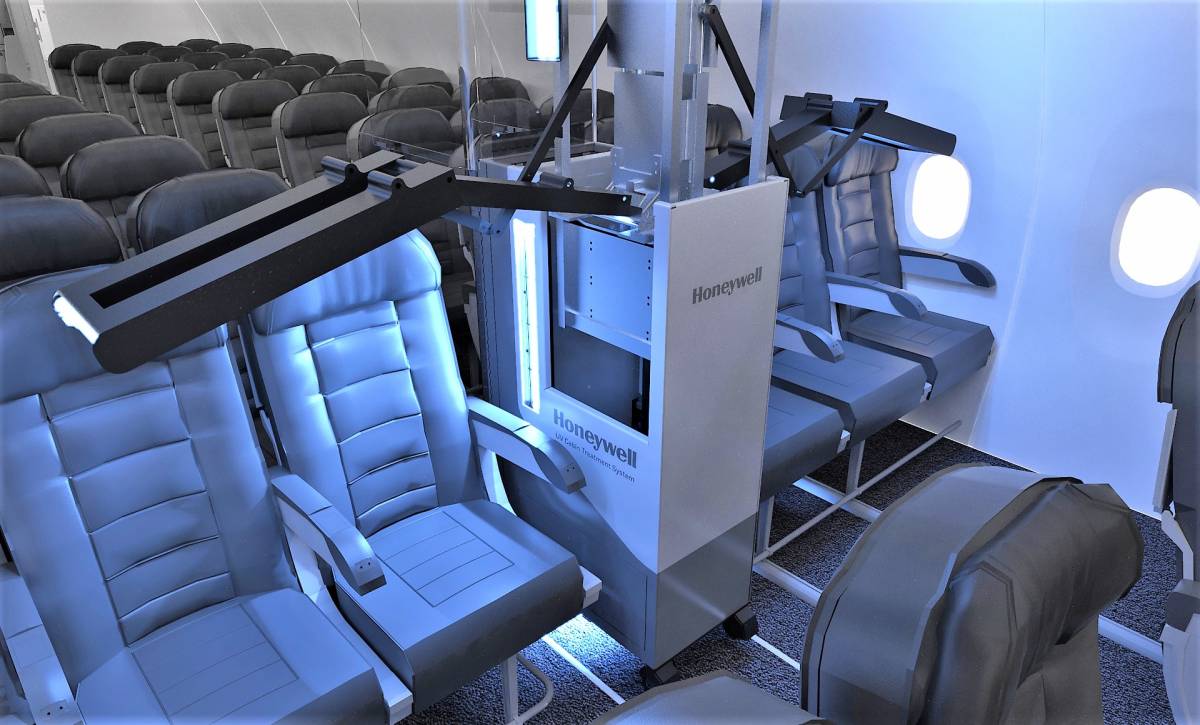 (SINGAPORE, June 12, 2020) Honeywell and Dimer LLC have announced a partnership to bring an ultraviolet cleaning (UVC) system to airlines that, when properly applied, significantly reduces certain viruses and bacteria on airplane cabin surfaces. The Honeywell UV Cabin System can treat an aircraft cabin in less than 10 minutes for just a few dollars per flight for midsize to large airline fleets.

“This offering is a big win for our airline customers, which are seeking affordable ways to clean their cabins effectively and quickly between flights,” said Mike Madsen, Honeywell Aerospace president and CEO. “Honeywell is working on a range of solutions to help make passengers more comfortable about flying.”

Honeywell is accepting orders for the UV Cabin System now with the first shipments coming in July. Pricing will vary based on quantity, but for midsize to large airlines with hundreds or more aircraft, Honeywell’s system could be applied to their aircraft for less than $10 per use.

“Working with Honeywell puts this technology in the hands of a worldwide aerospace leader that can quickly deliver to airlines and other aircraft operators,” said Elliot M. Kreitenberg, co-founder and president of Dimer LLC. “As the travel industry begins to recover, we know hospital-grade technology will ease passenger concerns, and that’s what we’re providing with this system.”

The Honeywell UV Cabin System is roughly the size of an aircraft beverage cart and has UVC light arms that extend over the top of seats and sweep the cabin to treat aircraft surfaces. Properly applied, UVC lights deliver doses that medical studies find reduce various viruses and bacteria, including SARS CoV and MERS CoV. Results vary based on UV dosage and application, and no testing has been done specifically on protection against COVID-19.

Dimer and Honeywell have entered into a worldwide, exclusive license as part of a strategic partnership for Honeywell to produce, advertise and sell portable UV technology devices for use within the aerospace industry. Honeywell is currently in discussions with multiple airlines and service providers for the UV Cabin System.

UVC has been used in hospitals, air and water filters, microbiology labs, and other applications. Most household lamps have between 500 and 700 nanometers (nm) of ultraviolet light. In comparison, UVC refers to ultraviolet light with wavelengths between 200 and 280 nm.