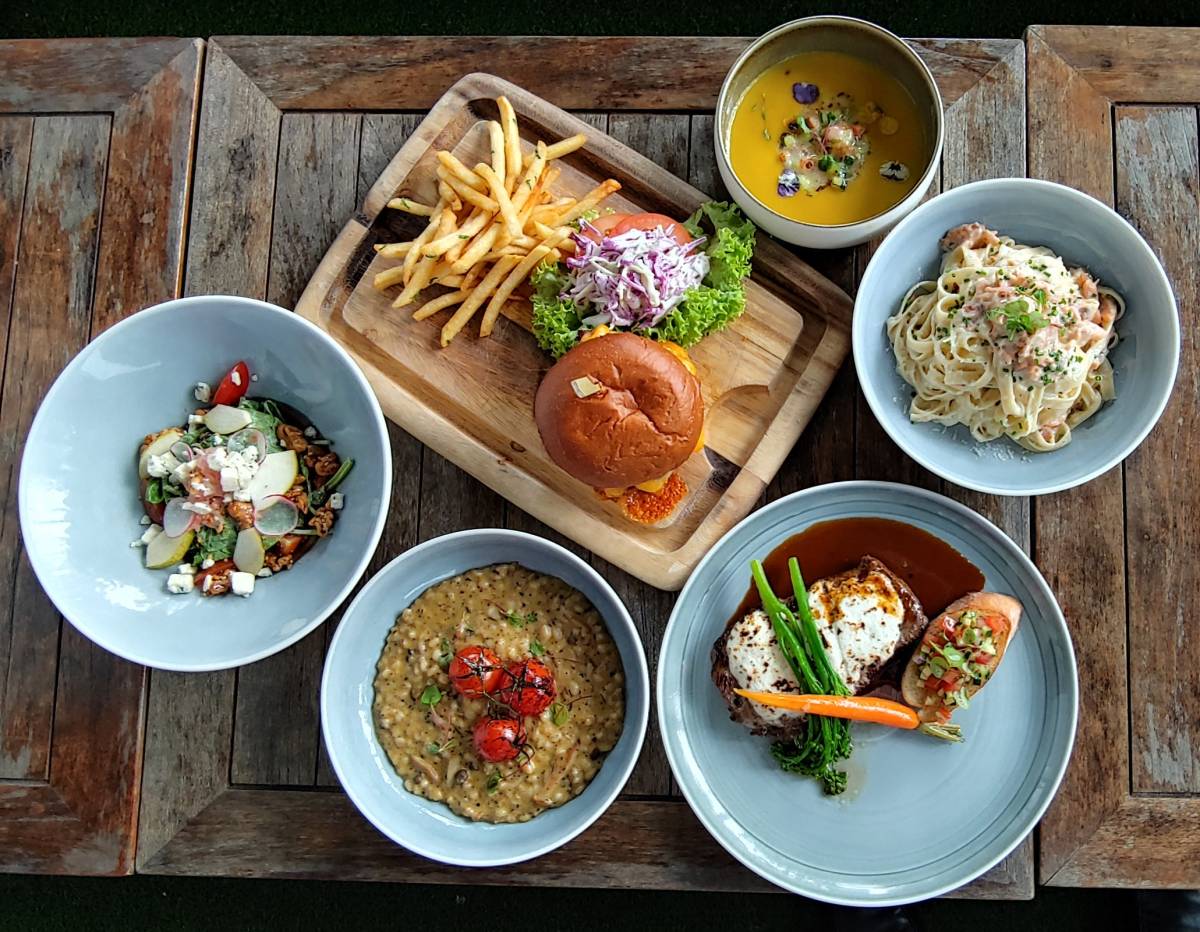 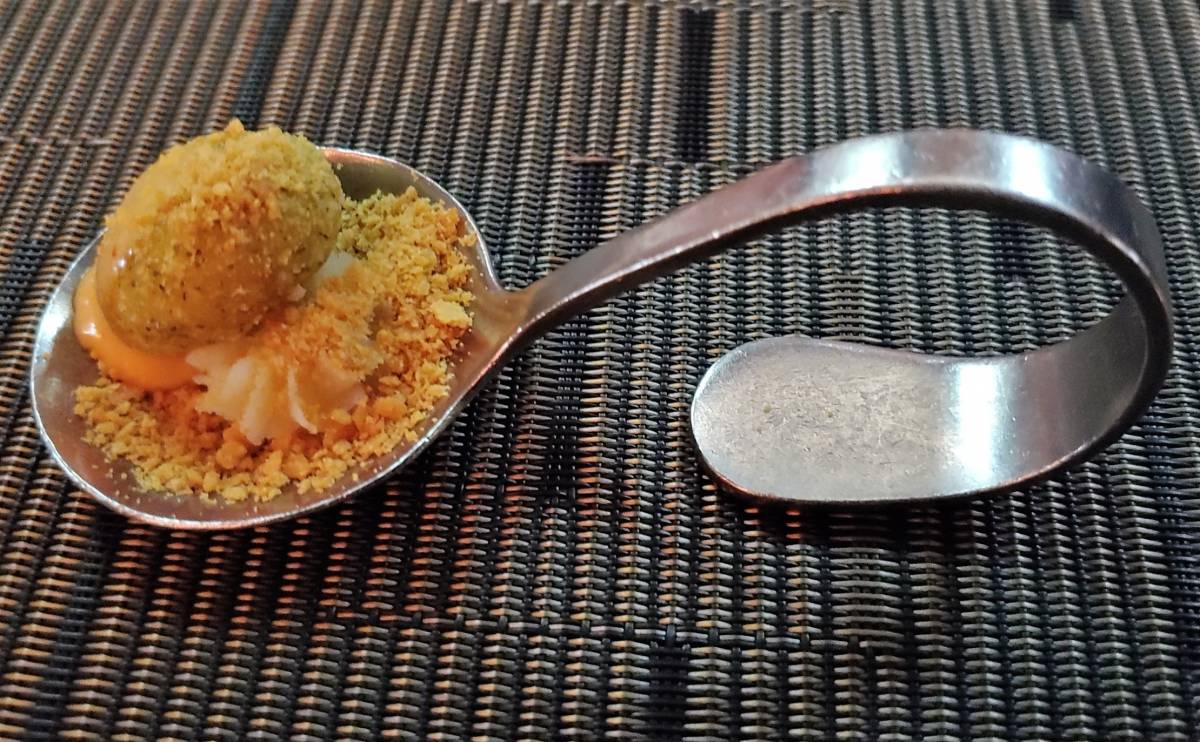 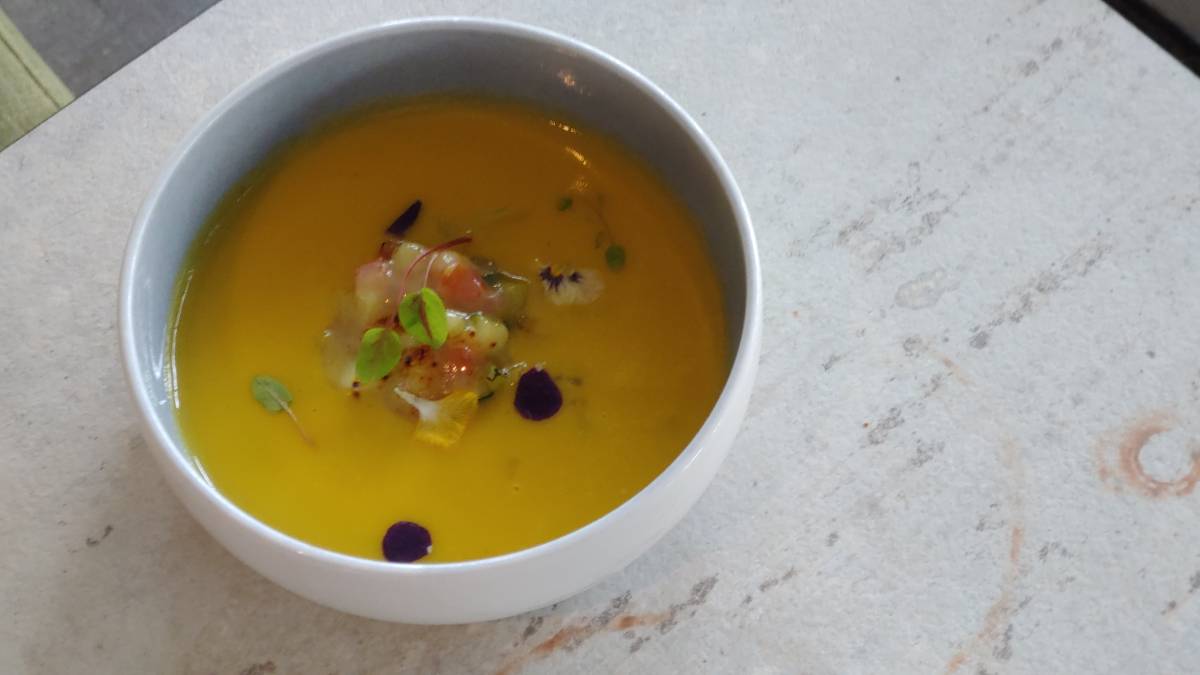 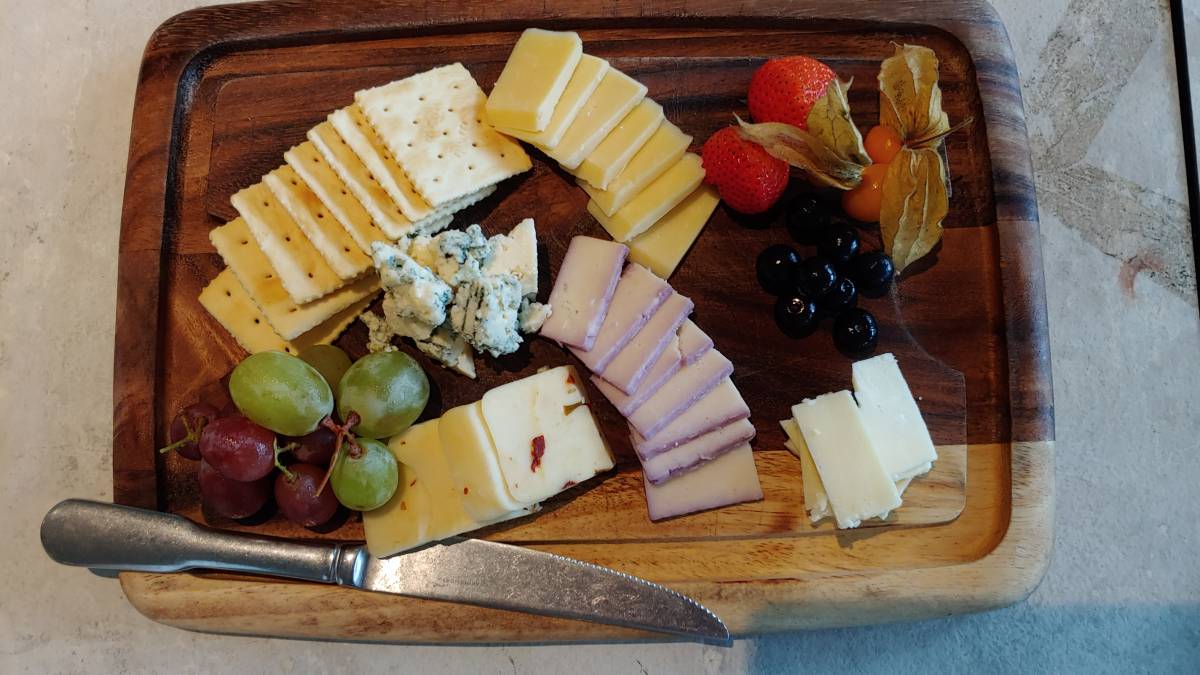 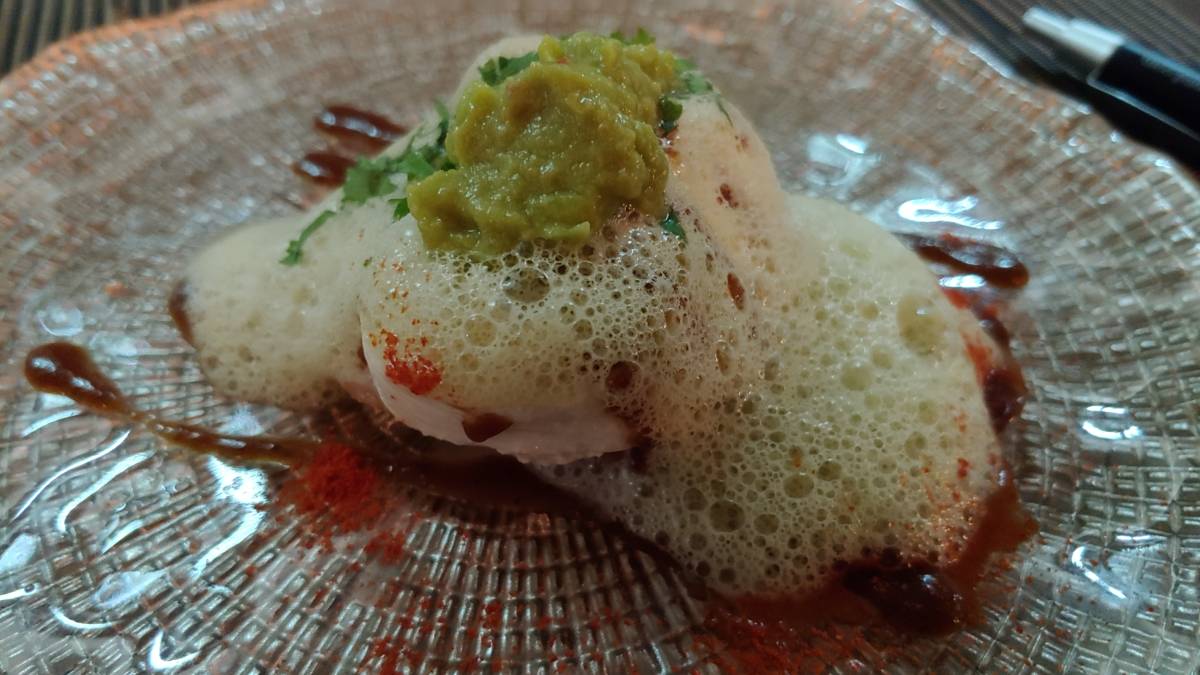 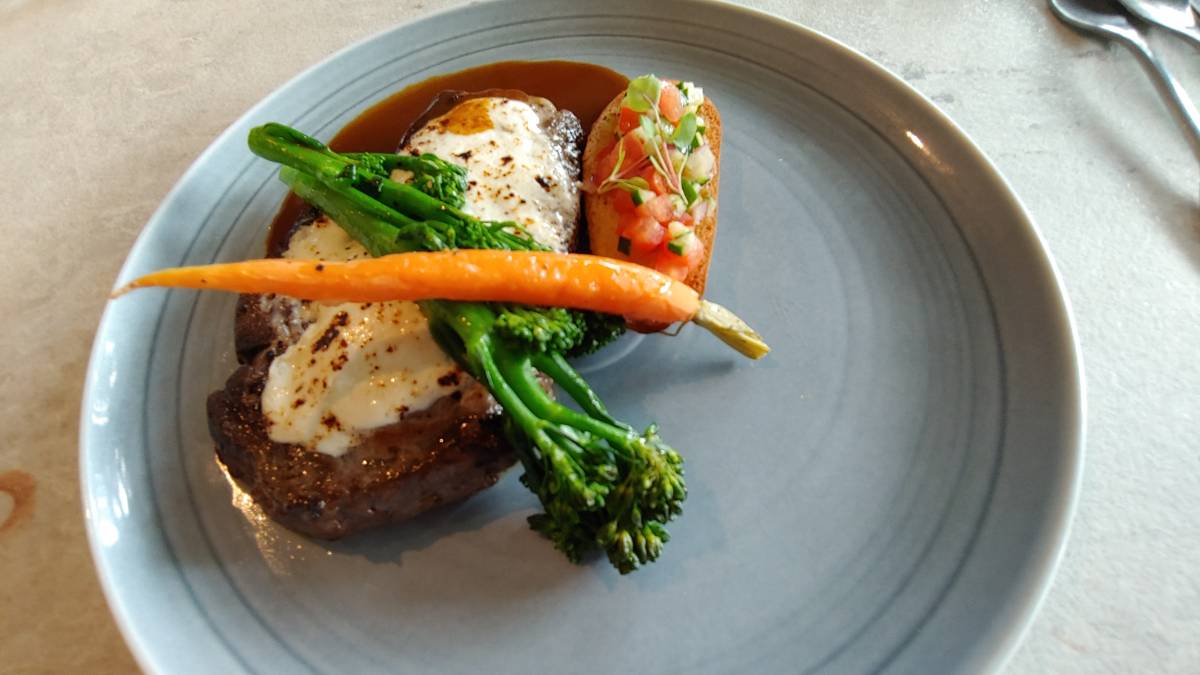 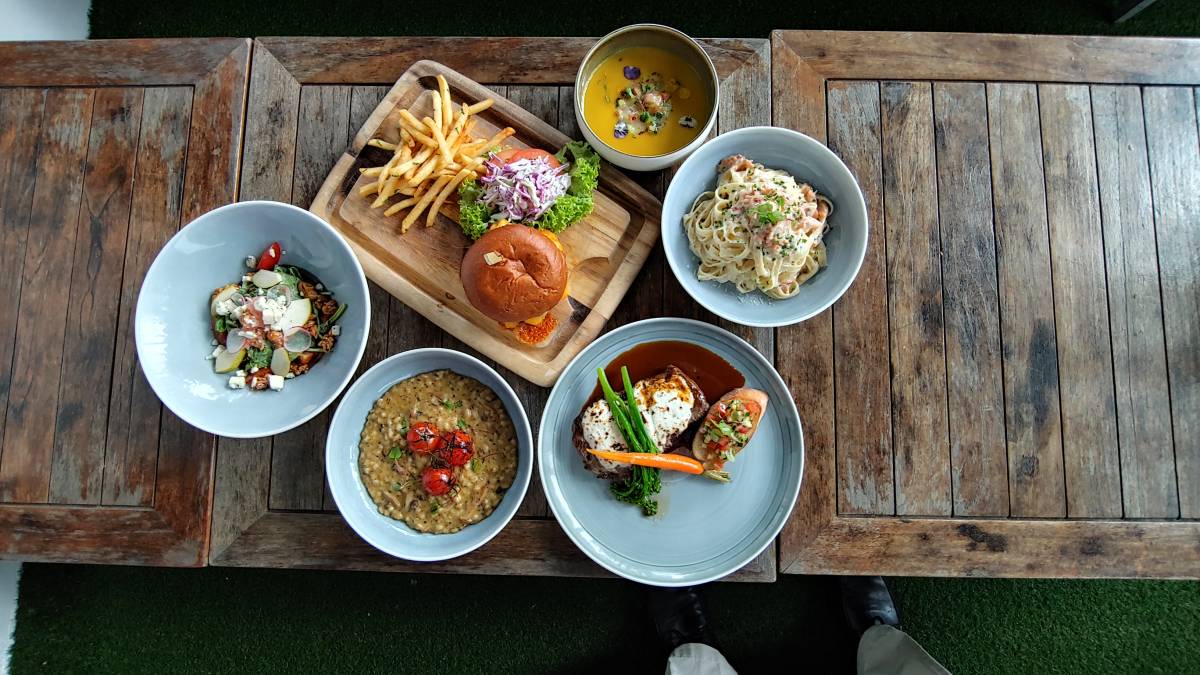 (Singapore December 16, 2020) “How can you govern a country which has 246 varieties of cheese?” asked Charles de Gaulle, when he was President of France.

The USA Cheese Guild claims that almost a quarter of the world’s cheese is made in the United States, comprising over 1,000 varieties, types and styles. This may explain why, politically, the country faces such challenges, but doesn’t explain why the country isn’t recognized for its cheese.

The USA Cheese Guild, in collaboration with the World Gourmet Summit, is presenting a two week promotion of U.S. Cheese in Singapore. Two tastings for the media where held at OPIO Kitchen + Bar, that specialises in Modern Asian cuisine, and at Punjab Grill, featuring Indian cuisine from different regions of India, to introduce us to the multitude of uses of cheese.

The U.S.A Cheese Promotion availed the skills of Chef Javed Ahamad of Punjab Grill, and Chef Frankie Ting of OPIO, to create a menu of dishes to showcase the best of USA cheeses and how they can be the main star of the dish in question. Cheeses that were featured included U.S. Buratta, U.S. Monterey Jack, and U.S. Pepper Jack Cheese.

At OPIO, Chef Ricky Ng gave us a variety of dishes to choose from. For Appetizer we had the choice of a Spinach Salad comprised of cherry tomatoes, red radish, walnuts, pomelo, and pear and served with Garlic U.S. Blue Cheese Dressing it was an excellent start to the meal. The other option was Roasted Vegetables Turmeric Soup with U.S. Monterey Jack – the dish OPIO owner Ricky Ng recommended. You wouldn’t go wrong with either and I was only disappointed that I didn’t get both.

For Mains we were offered pasta, risotto,  a grilled turkey breast cheesy burger or grilled beef rib-eye with US Burrata with Orange Jam on Bread (very delicious). I had the rib-eye that had the white US Burrata melted over its extensive length. Cheese does add to the dish.

When we were enjoying the cheese platter a blogger stated. “I really don’t see much difference between American cheese and European cheese.”

“USA cheese is making waves in the world of cheese and it is time for us here to get to know these amazing cheeses,” Ricky Parikh, Sales and Marketing Manager, World Gourmet Summit, and part of the hosting team for the event, responded. “Everyone thinks more about European cheese because they are familiar with it. U.S. cheese is like a hidden gem, and so naturally, the U.S. wants to promote their award-winning and innovative artisanal cheese to our market beyond the American cheese slices.”

The following day we were in the glittery ambience of Punjab Grill in Marina Bay Sands where an amazing fusion of American cheese and Indian cuisine had taken place. Every dish had layers of flavours that really popped.

Not only did the appetizer of US Burrata & Avocado Papdi Chaat Green Coriander Chutney Foam have expressive flavor, it looked interesting too. I did balk when Chef Javed mentioned that the appetizer had its base in street food. “That must be one terrific street,” I opined. In all the street food I’ve eaten I’ve never seen one with such delicate foam.

“It is the papdi chaat that is the base of the dish that comes from the street,” Chef Javed explained. That made sense to me.

Each dish that arrived was equally well balanced in its fusion of traditional Indian food with the American cheese. Lamb Kofta Kebab with US Mild Cheddar Glazed with Rogan Jus and U.S. Ricotta Masal Palak Khichdi (Risotto) spiked with truffle oil was the delectable entrée. The ingredients were in perfect balance, with first impression being that it was neither a cheese nor an Indian dish. It was simply very good.

And much the same could be said about the main course that was Chicken Tikka with U.S. Pepper Jack Tomato Makhani Gravy, Cumin Pulao, and U.S. Mozzarella Cheese Nan. The saffron rice was so light I kept having to slap it down, so it didn’t float off to the ceiling. There was no mistaking that this was indeed food from the great sub-continent, but it wasn’t heavy laden and wouldn’t wrestle you to the floor. The flavours danced with my taste buds and did not overwhelm them.

The Shoppes at Marina Bay Sands

ORDER HERE for print copies  fcowanmedia@gmail.com : Or go to Amazon for on line: The Orange-Sofa: Unicorn Eyes: Walking Home: Zero Visibility - US$9.00 on line