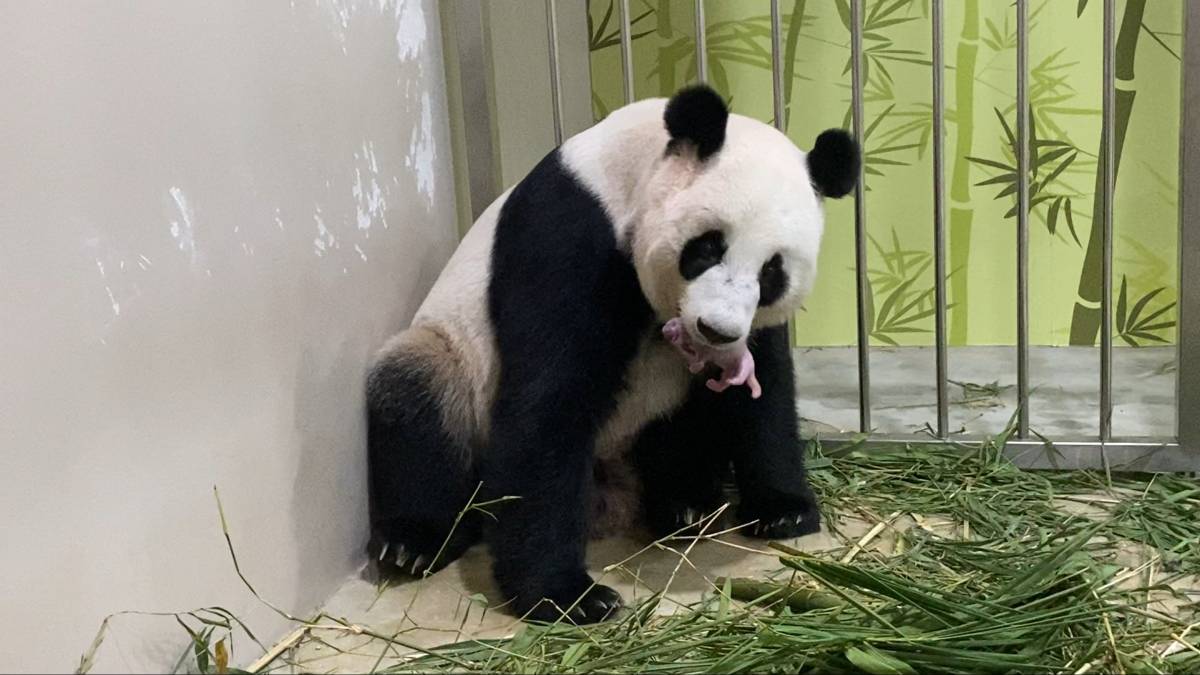 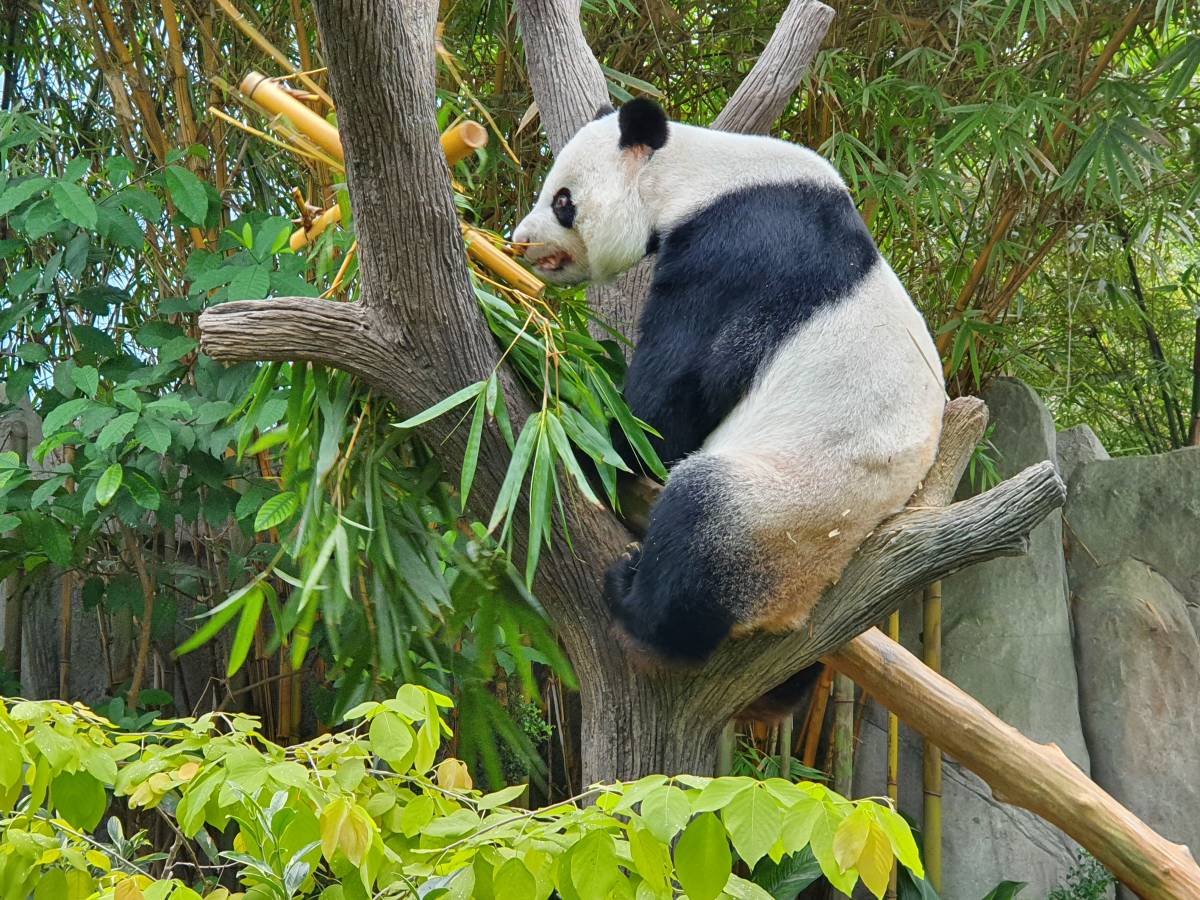 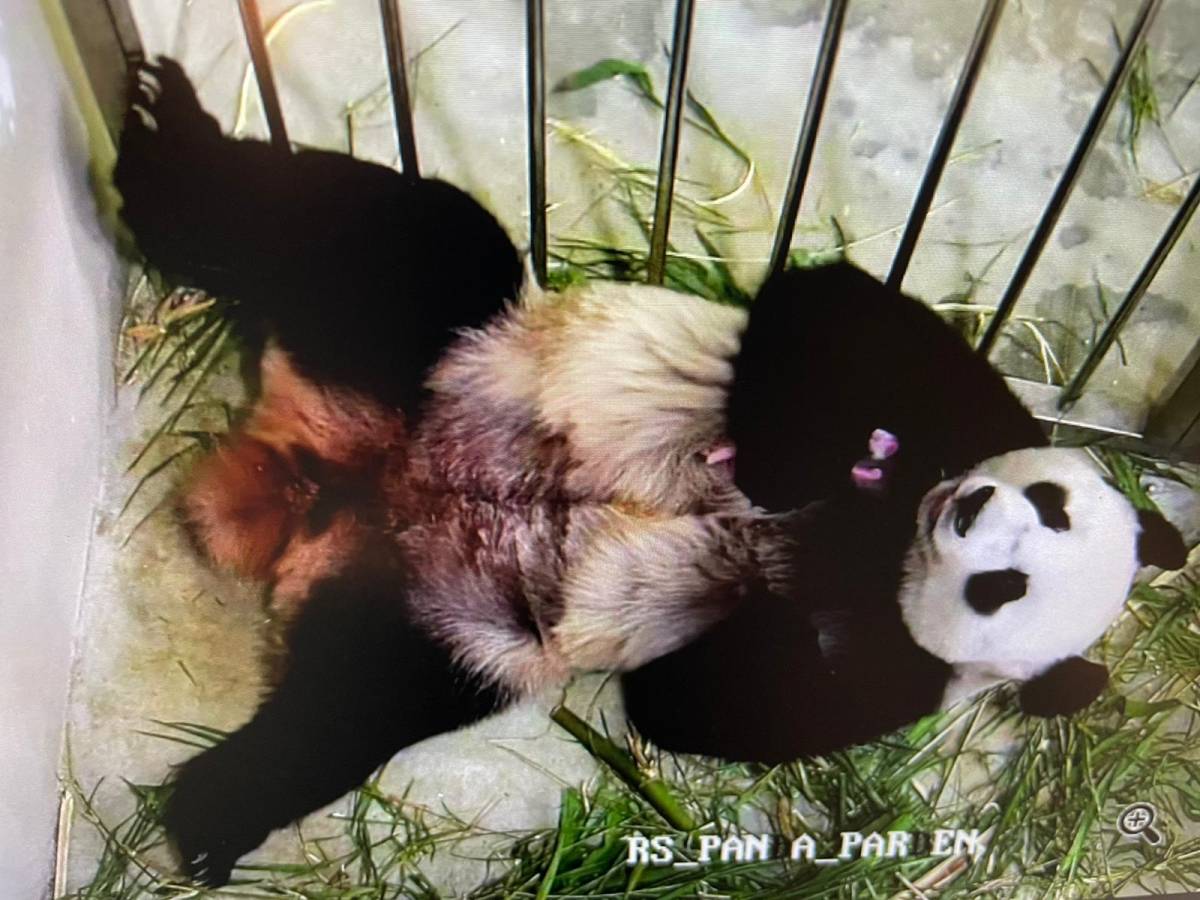 Singapore welcomed her first giant panda cub at River Safari on 14 August 2021. Despite being a first-time mom, Jia Jia’s maternal instincts kicked in as soon as the cub was born, and she picked up her newborn with care. Photo Credit For all pictures: Wildlife Reserves Singapore

(Singapore, 15 August 2021) It’s official—and we have it in black and white—the nation’s first panda cub born on 14 August 2021 at River Safari—a joyful boost to the ongoing National Day celebrations this year. The cub’s gender is yet to be determined and will be announced later.

Meanwhile, mom and baby are in an off-exhibit den to give them time to nurse and bond. The back of house at River Safari’s Giant Panda Forest has been abuzz since the animal care team confirmed the pregnancy via ultrasound scan.

“Female giant pandas display pseudopregnancy, exhibiting all the hormonal and behavioural signs of pregnancy even when they are not expecting. The only sure way of confirming a pregnancy is visualisation of a foetus near to term. This happened for us (on 10 August) when our vet picked up, on ultrasound, not only a clear outline of a foetus but one with a strong heartbeat!” explained Dr Cheng.

In April this year, 13-year-old Kai Kai and 12-year-old Jia Jia displayed signs of being in heat, officially entering their seventh breeding season. Working closely with the China Conservation and Research Centre for Giant Panda (CCRCGP), WRS’ animal care team initiated the breeding plan for 2021, emphasising natural mating with assisted reproductive technology as back up if required. There was optimism that the pandas would naturally breed this year, after the pair had shown improvements in their mating techniques the year before.

As the courtship between Kai Kai and Jia Jia unfolded, under close observation by our panda care team with real time updates to CCRCGP experts, the window of opportunity for a successful mating was fast dwindling. To make the most of the once-a-year breeding season, CCRCGP experts advised our vets to perform artificial insemination before the end of the receptive period. The procedure was carried out by the in-house veterinary team at WRS' Wildlife Healthcare and Research Centre, using frozen semen collected from Kai Kai before the mating season.

“Jia Jia’s first pregnancy and birth of a cub is a significant milestone for us in the care of this threatened species in Singapore. This is the result of good animal care, assisted reproductive science and sheer perseverance on the part of our staff coupled with valuable advice from the China panda experts. The work continues now with supporting the first-time mother to raise her newborn cub,” added Dr Cheng.

Giant pandas’ conservation threat status recently improved from Endangered to Vulnerable on the IUCN* Red List of Threatened Species. This is testament to a well-managed conservation programme instituted by the Chinese wildlife authority which encompasses habitat protection, research and maintenance of sustainable population in human care. Caring for Kai Kai and Jia Jia in Singapore contributes to giant pandas’ conservation efforts. Despite the improvement in the conservation status, giant pandas remain a threatened species and it is crucial to continue protecting this wildlife icon. A recent study suggests that giant pandas in the wild are more fragmented and isolated than they were 30 years ago, and the species continues to face a high risk of extinction.

Apart from contributing to the conservation efforts of this iconic species, WRS also focuses on conserving less charismatic and conspicuous species in a programme called Asian Species Action Partnership (ASAP). This programme targets to save critically endangered land and freshwater vertebrates in Southeast Asia.