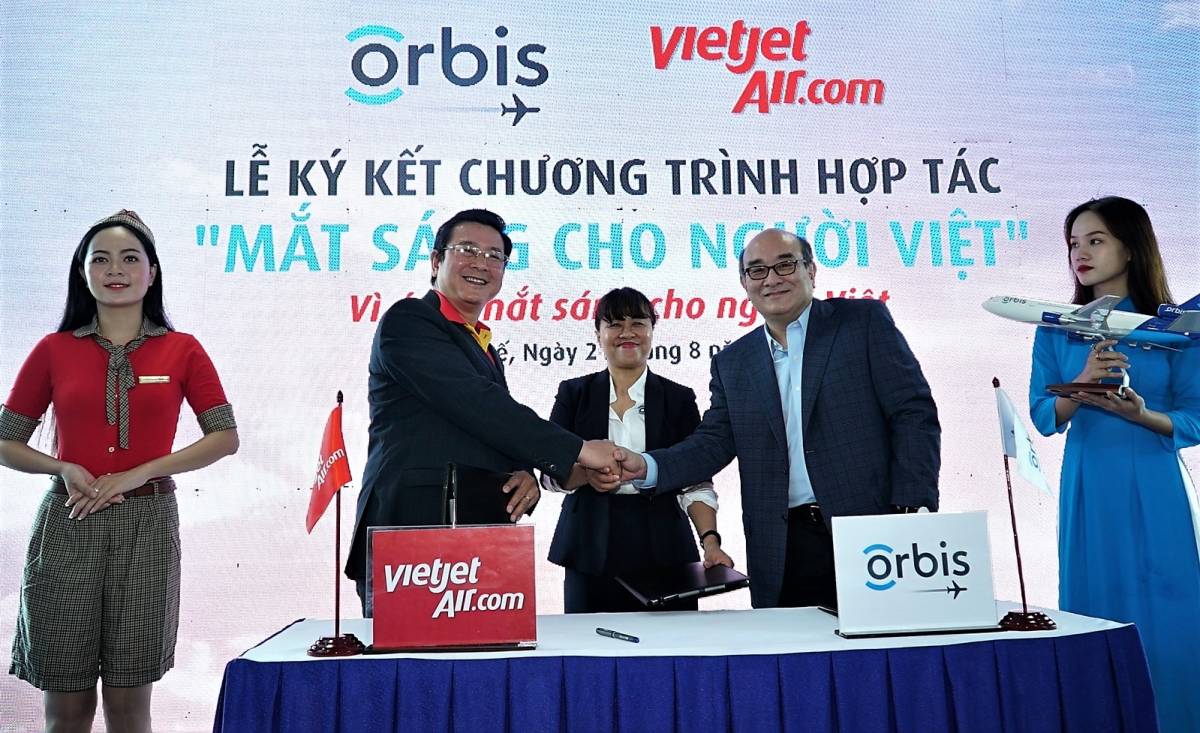 (Singapore, August 23, 2019) Commemorating the 17th year of partnership with Vietnam’s eye care services and the 10th year of operating the Flying Eye Hospital (FEH) program in Vietnam, has signed a Memorandum of understanding (MOU) with new-age carrier Vietjet to bring eye care services to the Vietnamese.

The opening ceremony of the FEH and MOU signing with Vietjet and Orbis for blindness prevention took place on the morning of 21 August 2019 at Thua Thien Hue Province. The ceremony was witnessed by leaders of the central and local authorities and hospital representatives. With a vision to serve more than two million patients in the next three years, Vietjet’s long-term MOU with Orbis is titled “Bright Eyes for the Vietnamese”. The USD 1 million project will include the building of retinal centres for premature babies at Dak Lak and Thanh Hoa provinces. Vietjet will also continue to work with Orbis to promote educational programs, events and communications strategies to create nationwide awareness for the prevention of eye issues. This long-term pioneering project between Vietjet and Orbis expects to double Orbis’ past achievements in Vietnam.

To support the partnership, Vietjet’s pilots, cabin crew and staff will volunteer on FEH’s modern aircraft in Hue. The Flying Eye Hospital aircraft has a wingspan of 50 metres, a height of 17.8 metres and a length of 55.3 metres, reaching the size of a Boeing 777 airplane, albeit heavier due to the extra machines and equipment in the aircraft. The cabin area is 610 square meters and designed to be a small hospital. From the operating room, 3D eye surgeries are streamed live to training rooms throughout the world.

Having travelled around the world to share knowledge and help the disadvantaged, FEH’s flying hospital has visited Vietnam ten times and landed in six cities and provinces, including Ho Chi Minh City, Hanoi, Da Nang, Binh Dinh, Can Tho and Thua Thien Hue.

This is also not the first CSR project by Vietjet. Previously, the budget airline has had ten years of partnership with the Community Disaster Prevention Fund, “Light Up the Dreams” for children in the Northern provinces of Vietnam.