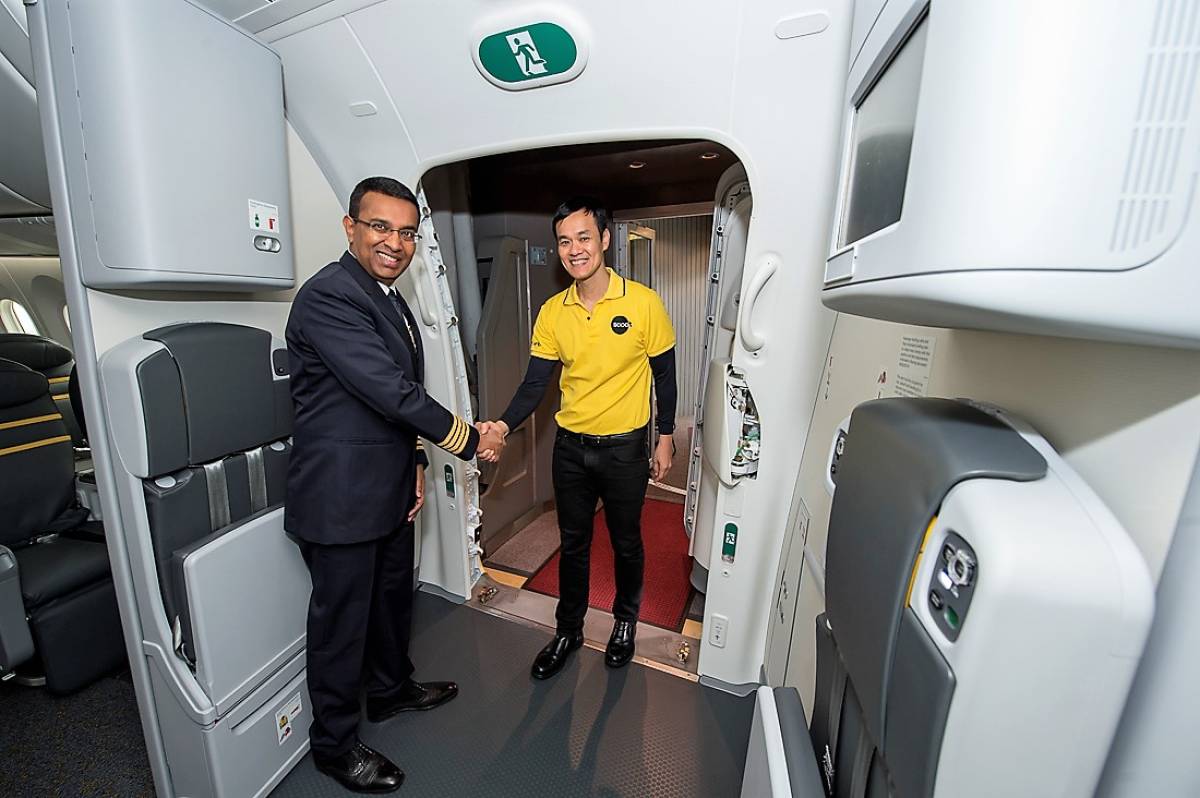 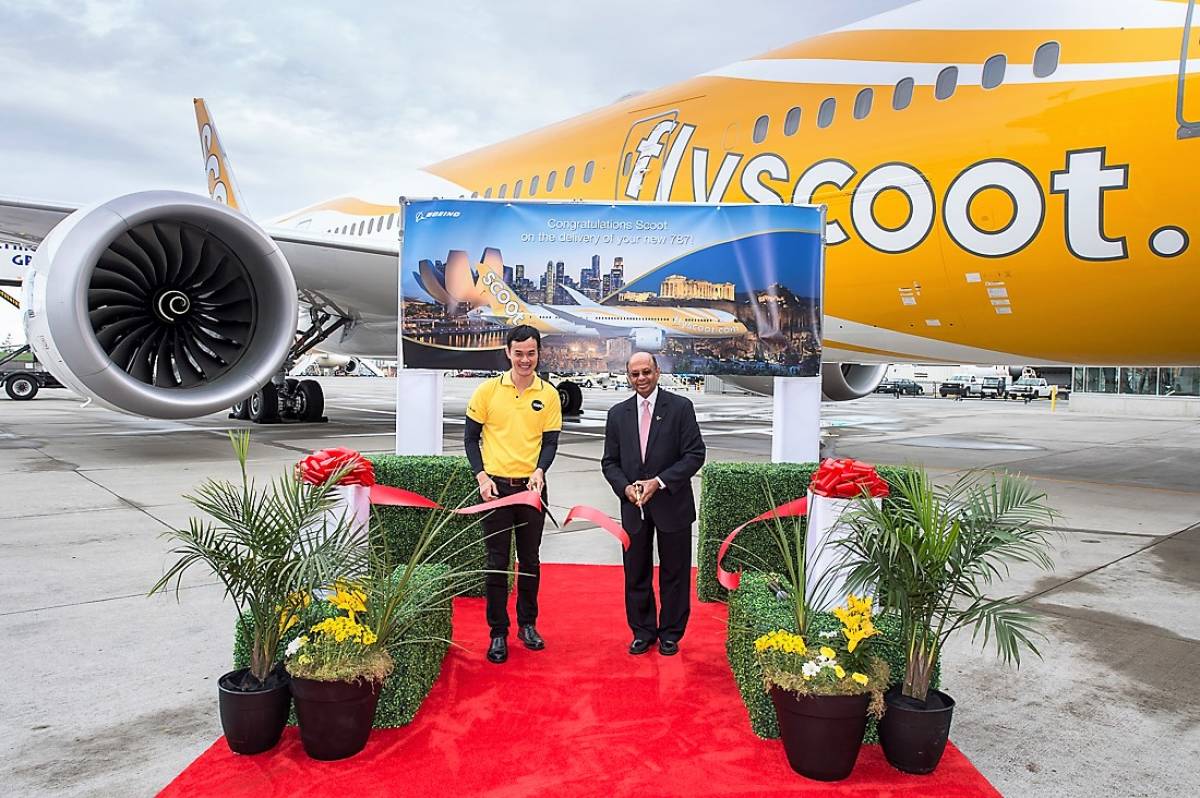 May 12, 2017: Singapore – Asia/Pacific’s best low cost airline, Scoot, is set to make its mark in long-haul services from Australia, as its newest crew-bunk-fitted 787 Dreamliner made a landing at Singapore Changi Airport this evening.

The delivery of the Boeing 787-8, named “Mous-Scoot-Ka” (named after the popular Greek dish Moussaka) during a handover ceremony at Boeing’s Everett Delivery Centre in Seattle, USA, marks Scoot’s next phase of fleet expansion in preparation for its flights to destinations beyond the region.  This includes non-stop flights between Singapore and Athens starting in June this year and direct services to another long-haul destination to be announced later in 2017. Scoot CEO Lee Lik Hsin, who represented the airline at the ceremony, said, “Our vision of serving not just passengers in the region, but also those beyond, is being realised with Mous-Scoot-Ka and its fellow crew-bunk-fitted 787 Dreamliners that will be joining our fleet this year.  Scoot and our sister airline, Tigerair, currently have a strong presence in the Asia Pacific with a network of 59 cities in 16 countries. Our extensive footprint in the region provides us with a good base of connecting traffic to support our long-haul services, and we are excited about the opportunities that we can tap with our expanded fleet.”

“The 787 Dreamliner’s long range, passenger-preferred features such as large, dimmable windows and cleaner, more comfortable air, as well as its unparalleled fuel efficiency, enable Scoot to continue to be a game changer in the low-cost carrier industry and profitably open new nonstop routes such as Singapore to Athens,” said Dinesh Keskar, senior vice president, Asia Pacific & India Sales, Boeing Commercial Airplanes. “We are delighted to be celebrating this milestone with Scoot and look forward to our continued partnership with them.”

Scoot expects to receive a total of four 787-8 Dreamliners fitted with crew bunks in 2017.  These aircraft are each able to accommodate 329 guests with 18 in the ScootBiz section. In comparison, Scoot’s 787-8 aircraft without crew bunks are configured to accommodate 335 guests with 21 ScootBiz seats.  Each of these aircraft has been installed with overhead crew rests with six-bunks to ensure that crew members receive their mandatory rest during long-haul flights. Such long-haul flights are usually crewed by a team of 10 to 11 cabin crew members compared to a crew of eight for shorter-haul flights within the region.

This development in fleet expansion is part of Scoot’s long-term growth strategy. Following the integration of Scoot and Tigerair in May 2016, the two airlines have been working towards the operation of services under a single Scoot brand and are expected to complete this exercise in the second half of 2017.