Silversea Cruises speaks with Paul Theroux to mark the launch of his new book and the writer’s 80th birthday. 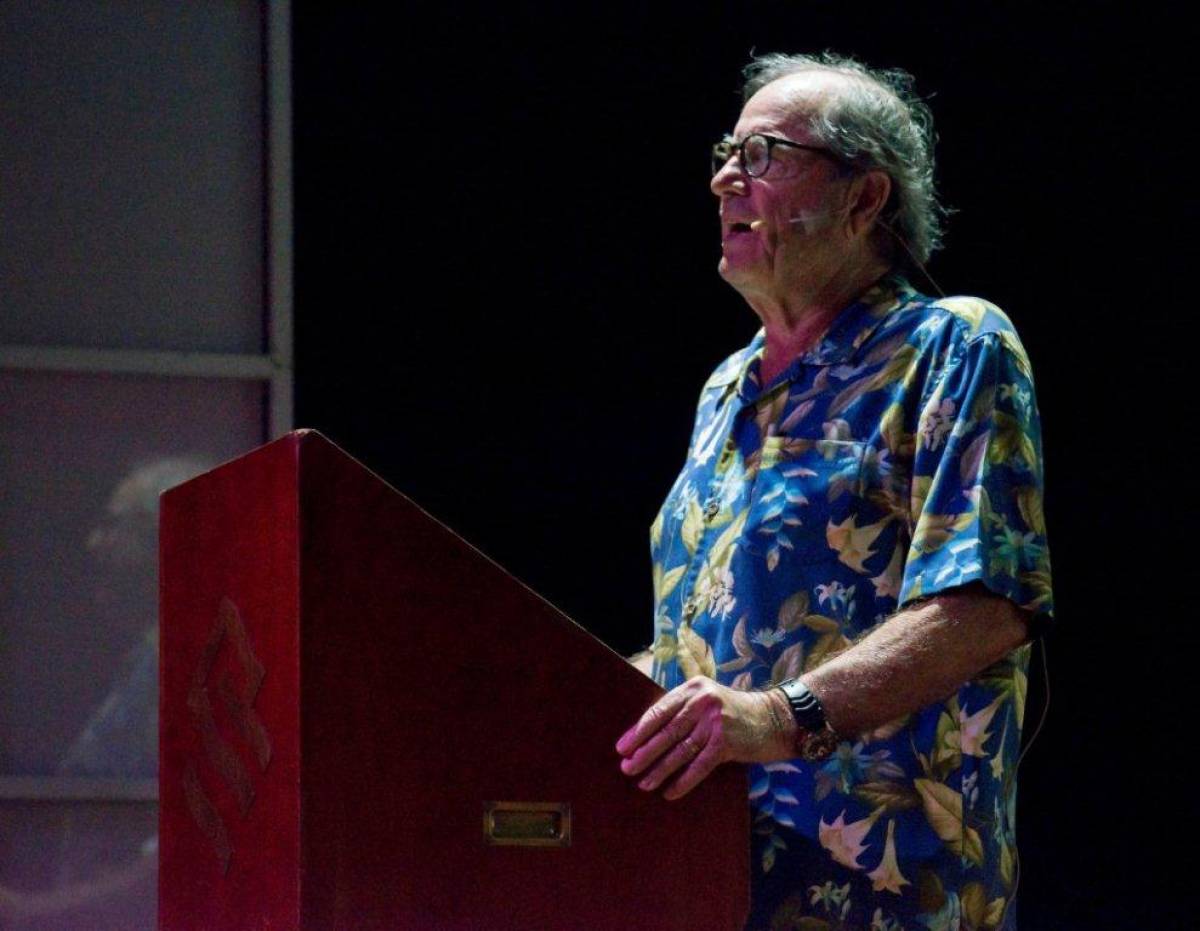 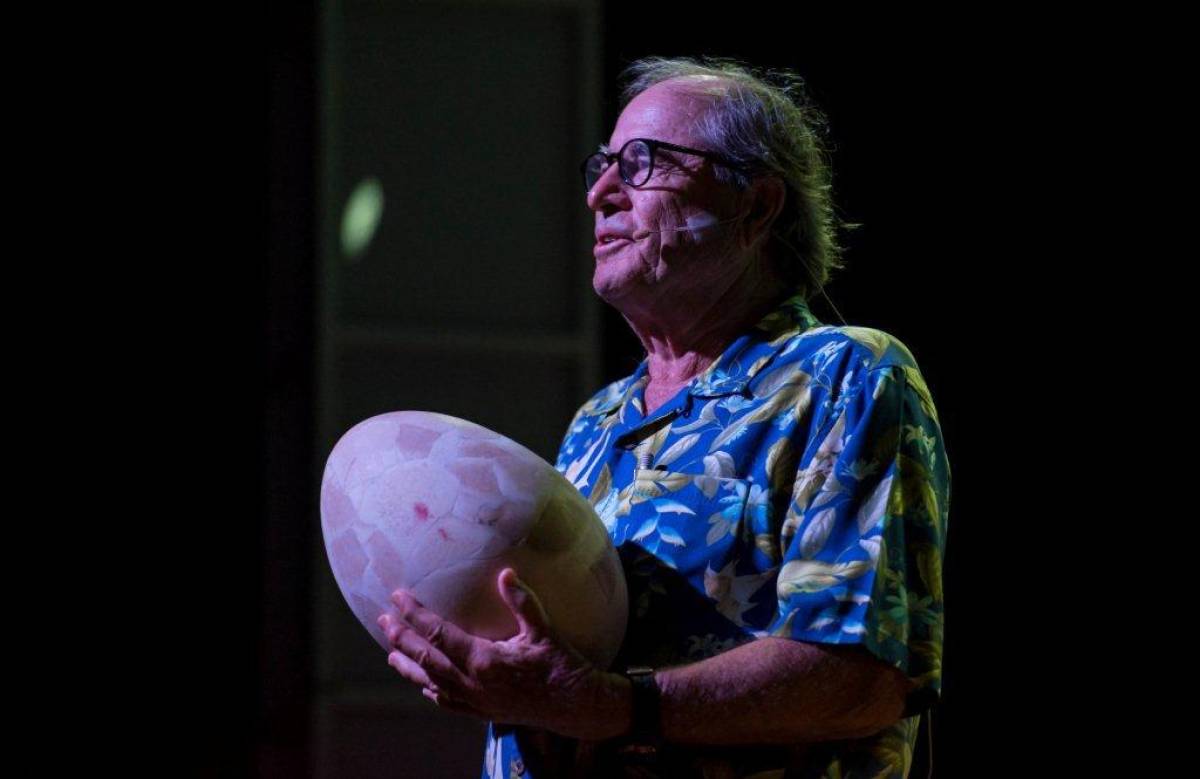 (Monaco – April 12, 2021) Silversea Cruises has named acclaimed writer Paul Theroux as the first of nine Tale Tellers for the cruise line’s World Cruise 2022, the Tale of Tales. Theroux will board Silver Whisper in Fort Lauderdale on January 6, 2022, and will disembark in Lima (Callao) on January 18. As guests travel deep into Central and South America on the first segment of the voyage, Theroux will enhance travellers’ journeys with a range of activities, before contributing a chapter to the Tale of Tales anthology—a collection of artistic works from the nine Tale Tellers, presented to guests at the voyage’s conclusion. The remaining eight Tale Tellers will be revealed in the near future.

Featuring immersive travel experiences while journeying from the 65th parallel south to the 65th parallel north, touching both Antarctica and Iceland, the 137-day Tale of Tales 2022 departs Fort Lauderdale on January 6 to unlock a stunning range of cultures, climates, experiences, and landscapes in 69 destinations across 32 countries and six continents.

“We are delighted to welcome Paul back on board Silver Whisper for the second edition of our Tale of Tales World Cruise, following the great success of the Tale of Tales 2019,” says Barbara Muckermann, Chief Marketing Officer of Silversea Cruises. “Along with eight other celebrated creatives, Paul will embark for one segment of this magnificent voyage, sharing his talent for storytelling to enrich the experience for our guests. As a Tale Teller, Paul will host a range of exclusive activities on board, while getting to know his fellow travellers. Each Tale Teller will produce a creative work inspired by their journeys, forming the Tale of Tales anthology, which will be gifted to guests as a sentimental keepsake. We look forward to welcoming our guests on board the adventure of a lifetime!”

“I cannot wait to reconnect with old friends and new aboard Silver Whisper, as the first Tale Teller of the World Cruise 2022,” says Paul Theroux. “There were countless experiences from the voyage in 2019 that have stayed with me and I’m eager to see what awaits in 2022. To travel the way you travel with Silversea—it’s like a dream.”

Theroux’s latest novel, Under the Wave at Waimea, is a gripping tale of narcissism, privilege, mortality, and redemption. It will be published on April 13, just three days after his 80th birthday. To celebrate these milestones, we sat down with Paul Theroux for an exclusive interview. The acclaimed travel author, who wrote his first novel almost 54 years ago, talks about his new novel, Hawaiian culture and society, and his close collaboration with Silversea Cruises.

Q: Is the release of Under the Wave at Waimea the perfect gift for your 80th birthday?

PT: It’s the best. More than I’d hoped for. When I was a college student, I used to publish the university newspaper. So I had a column, but I never thought then that I’d be here all these years later; you never know what’s going to happen. Back then, you have no idea what your life is going to be, you have no notion. But when I started publishing, I used to think, “I hope I can keep doing this, because I really don’t want a job. I would like to make a living doing this.” And it’s very hard now for someone to do this. If someone in college would tell me now, “I want to be a writer,” I would say, I hope you have another job, because this is a different world. Publishing is different, magazines are different, newspapers are different. But when I started doing it, it was still kind of old-fashioned. But I knew I could only do it if I kept writing and I did it well.  So, I never turned any work down. I didn’t get any free money. The one time I could use it was when I did have a job; I was a teacher in Singapore. And I quit my job and I applied for a Fulbright and a Guggenheim grant and they turned me down. But then it all worked out. I wrote a book (Saint Jack) that was turned into a movie and that saved me.

Q: What draws you to surfing?

PT: The grace, the bravery and the athleticism of surfers is fascinating. Most of my friends here surf – the plumber surfs, the electrician surfs, the guy that does the roof, they’re all surfers. And when the surf is up, they don’t show up. And I understand that. Surfers are possessed by this desire that if there’s surf, they’re on it. They just live for it. The epigraph of the book is by famous Hawaiian surfer Duke Kahanamoku, which says “Out of the water, I am nothing.” These guys, they’re supposedly amphibians. But not really, because when they’re on land, they don’t know what to do! They’re just waiting for something to happen. And the surfing group is very tribalistic. A lot of surfers, local guys, will say “this is our wave,” just like you’d say this is our neighborhood, this is our turf. That territorial aspect is very interesting.

Q: How did the story come about?

PT: I wanted to write about a surfer, but I couldn’t just write about a surfer getting old and complaining about younger people. I wanted it to give it some drama. Something where it has such a traumatic effect on him in the first part of the book that he almost drowns. Things just keep going wrong in his life. As though its karma or a curse, or something in his unconscious mind that’s seriously bothering him, preventing him from living his life. That’s when his girlfriend comes in and says we’ll figure this out. And that’s the essence of the book: he has to care about something else other than himself. But Joe Sharkey is also an older guy and that’s another aspect of the novel. As you get older, you love doing something, but there’s a point when you say, “I can’t do it anymore. My body isn’t what it used to be.” And you wonder when your age starts to show. That’s Joe Sharkey. He recognizes that he’s actually got nothing going, only surfing and his fame.

Q: Do you also draw parallels between yourself and Joe Sharkey?

PT: Yes, because I’m growing old too. But getting old is very interesting; the people look at you differently, you look at other people differently. Sharkey talks about the great surfers of the past, but it’s a past that no one knows about. And that’s also how I feel: as if I remember a time that no one else remembers. I used to drive to New York City, park in Madison Avenue, do what I had to do, put my money in the parking meter and leave. I mean, it was easy to find a parking spot in any city in the 1960s, even into the 70s. But now it’s impossible.

Q: You […] are now part of the Silversea ohana, or family…

PT: Yes, it’s very special. People have a lot of good relationships with one another. I feel that I’ve been welcomed in that aspect. And I’m looking forward to the World Cruise 2022, where I’ll be one of the Tale Tellers on the first segment (Fort Lauderdale to Callao). To travel the way you travel with Silversea, it’s like a dream. The previous year I participated on the World Cruise in 2019. I came back with a wonderful story from Madagascar.

This interview with Paul Theroux is an abridged version. Read the full interview on Silversea’s travel blog, Discover, and read related content: