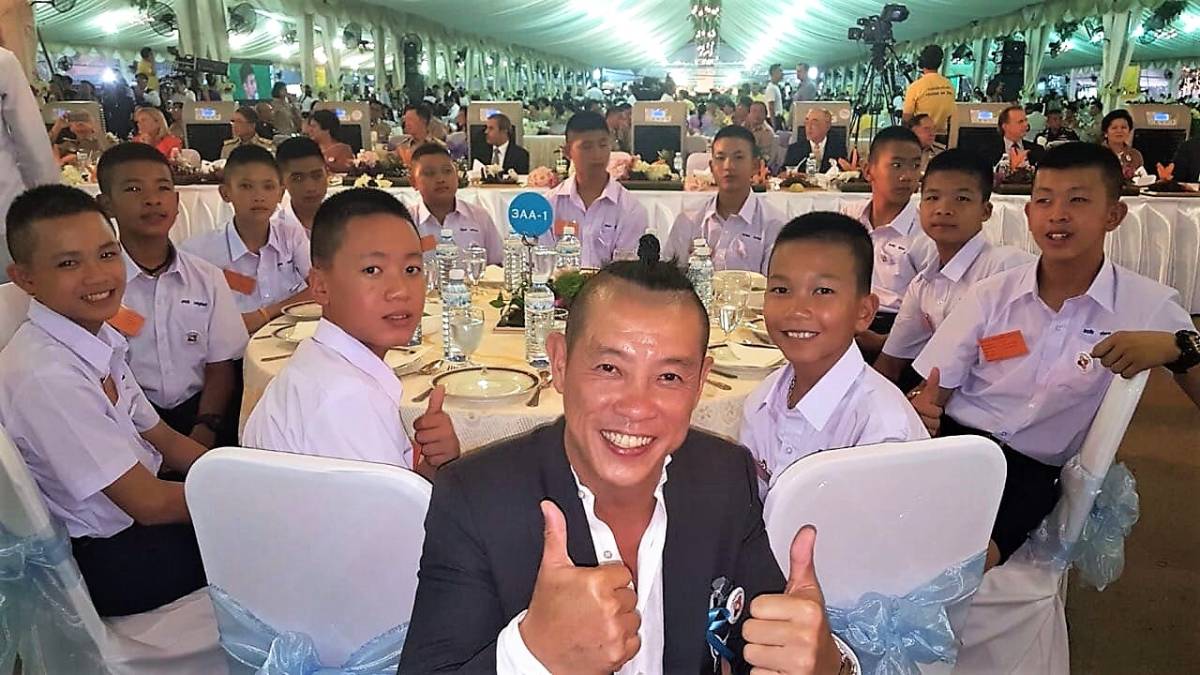 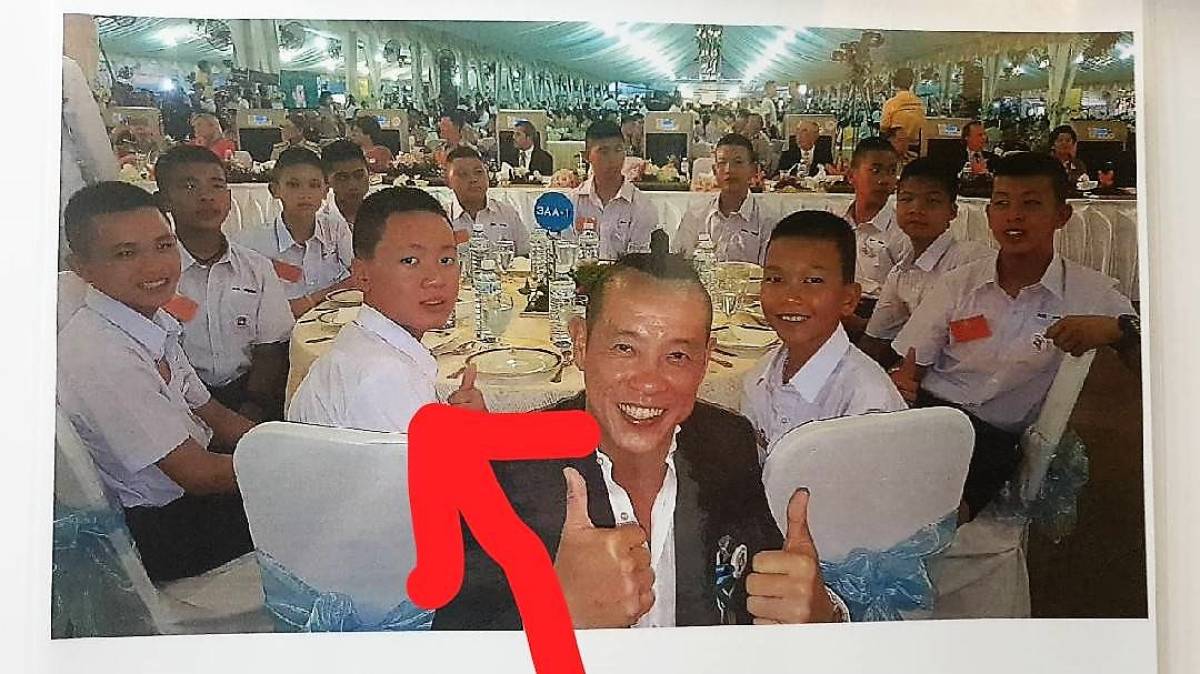 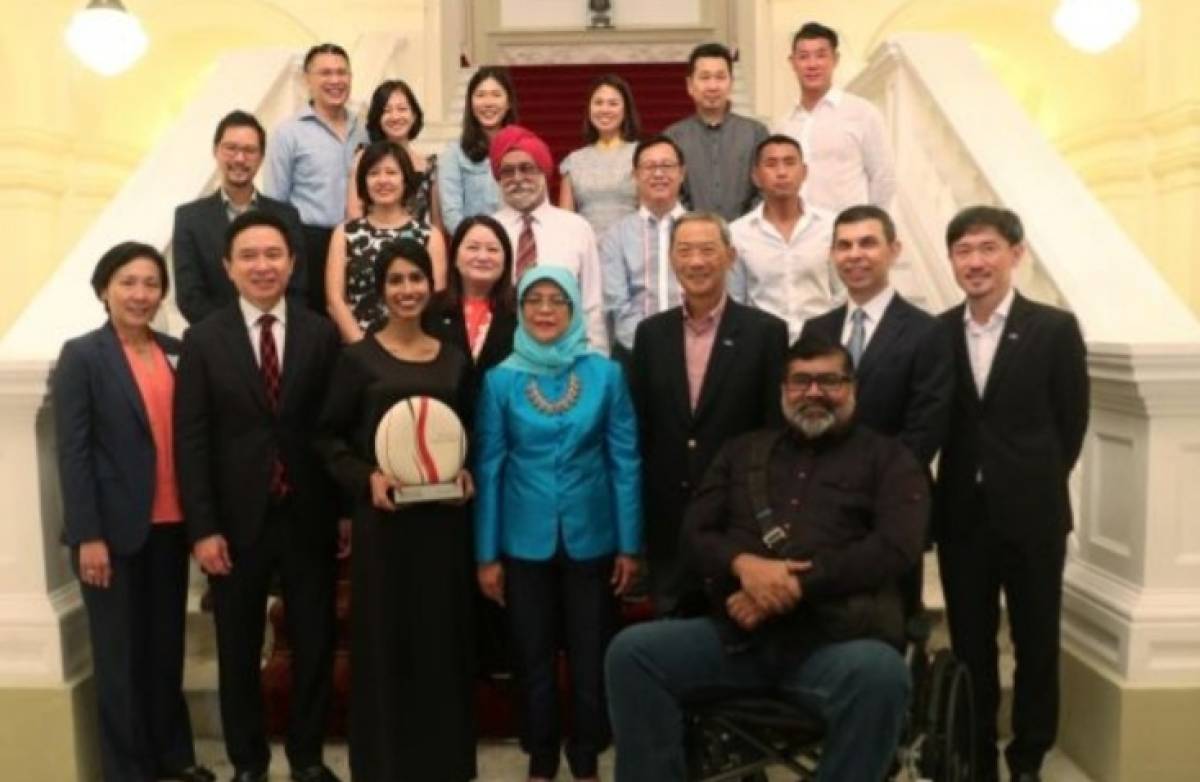 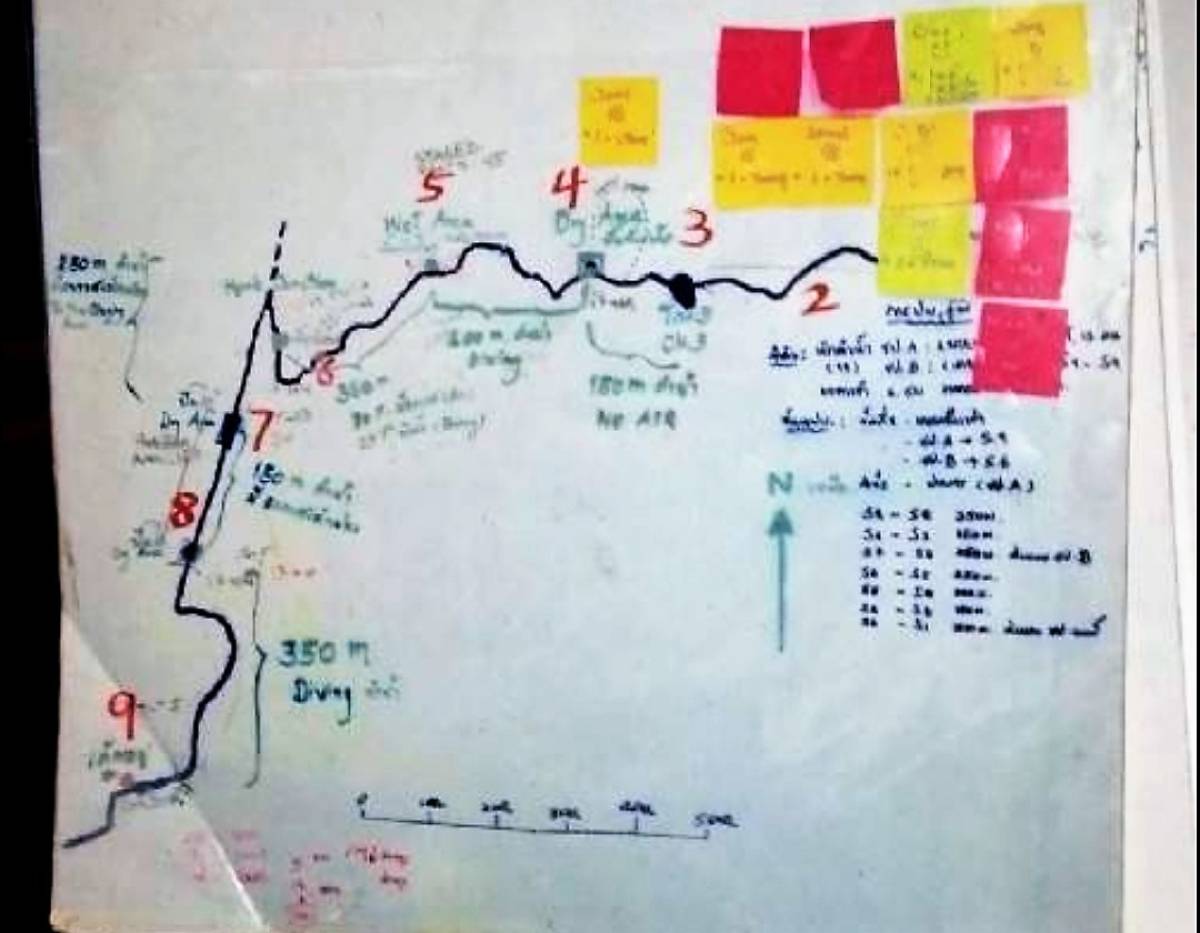 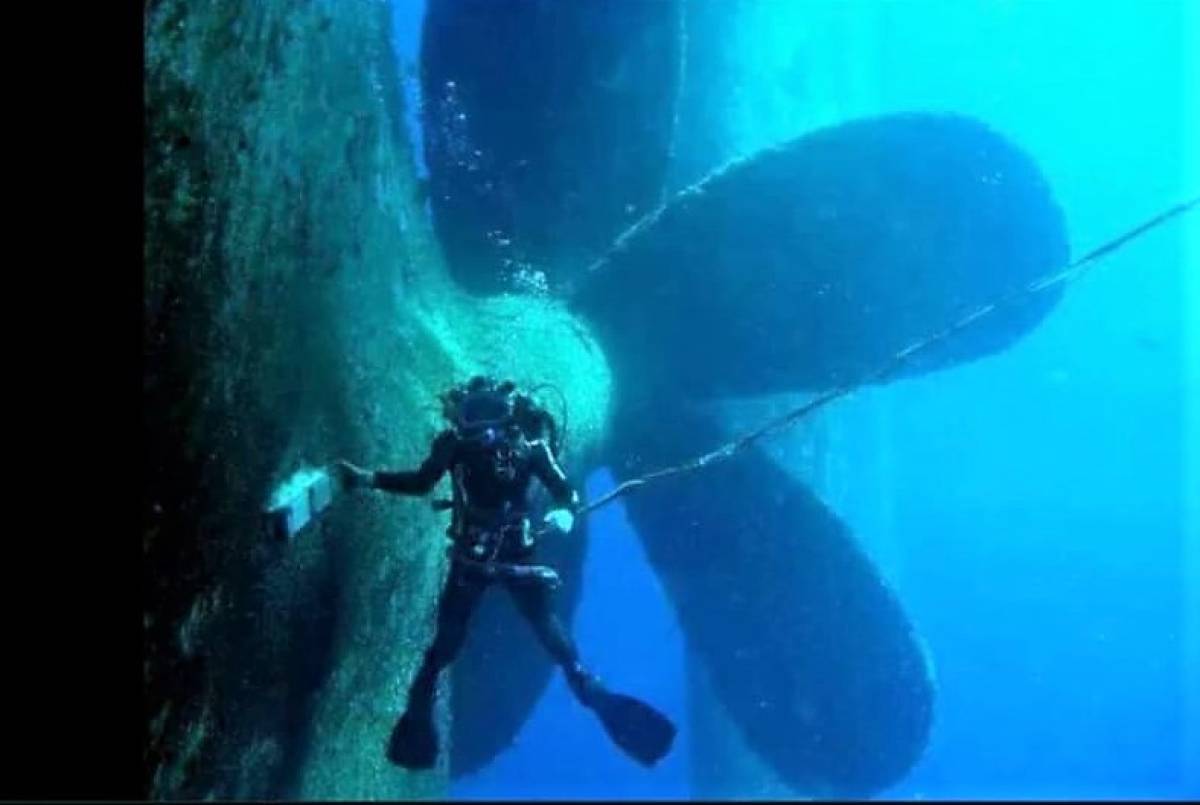 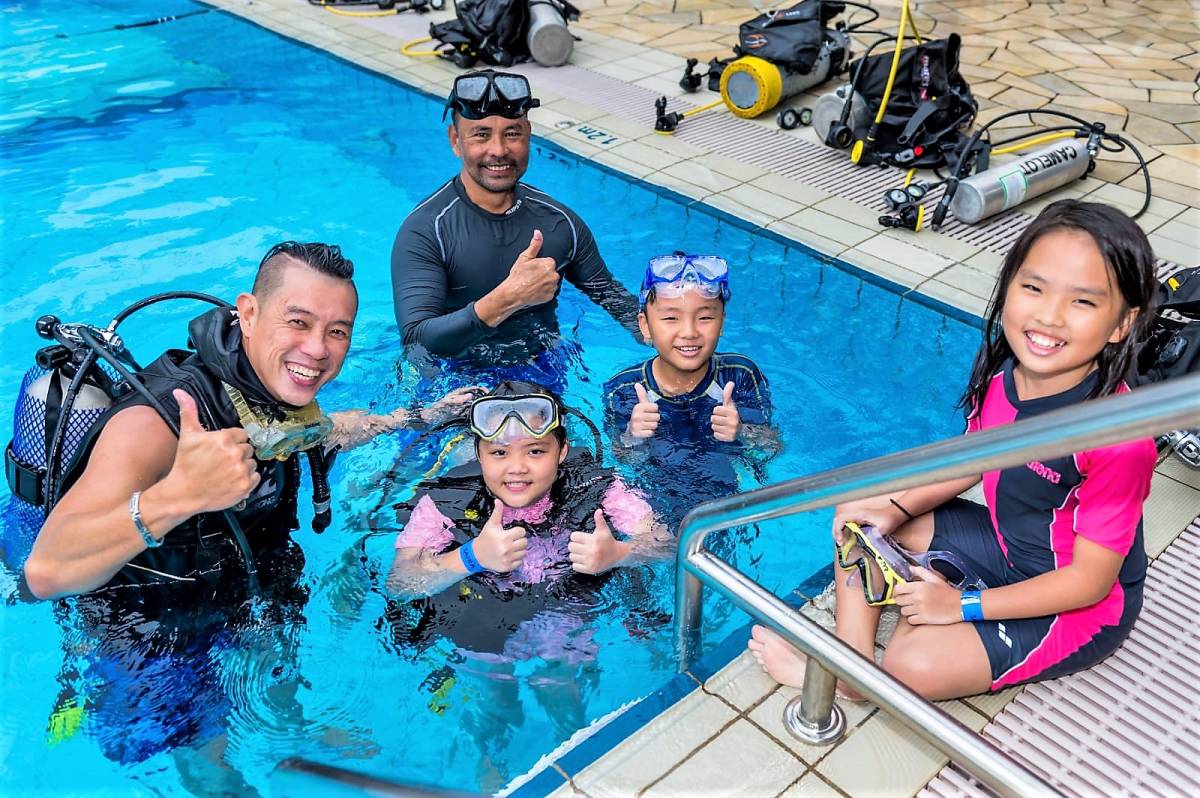 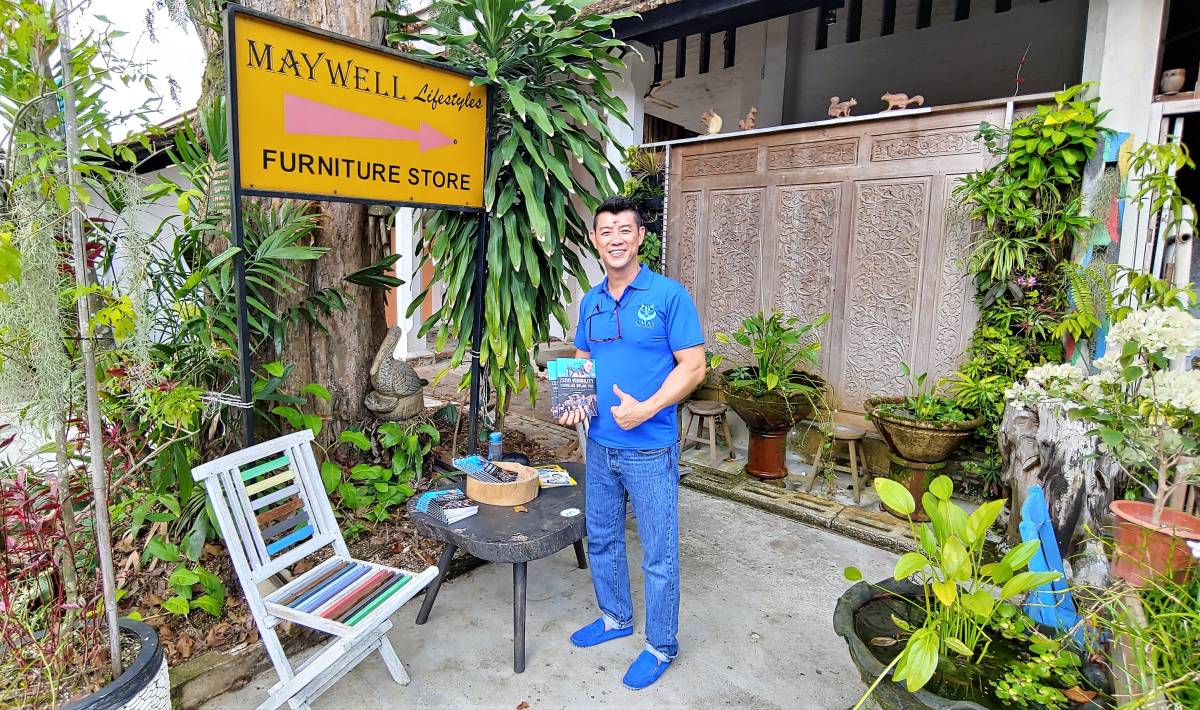 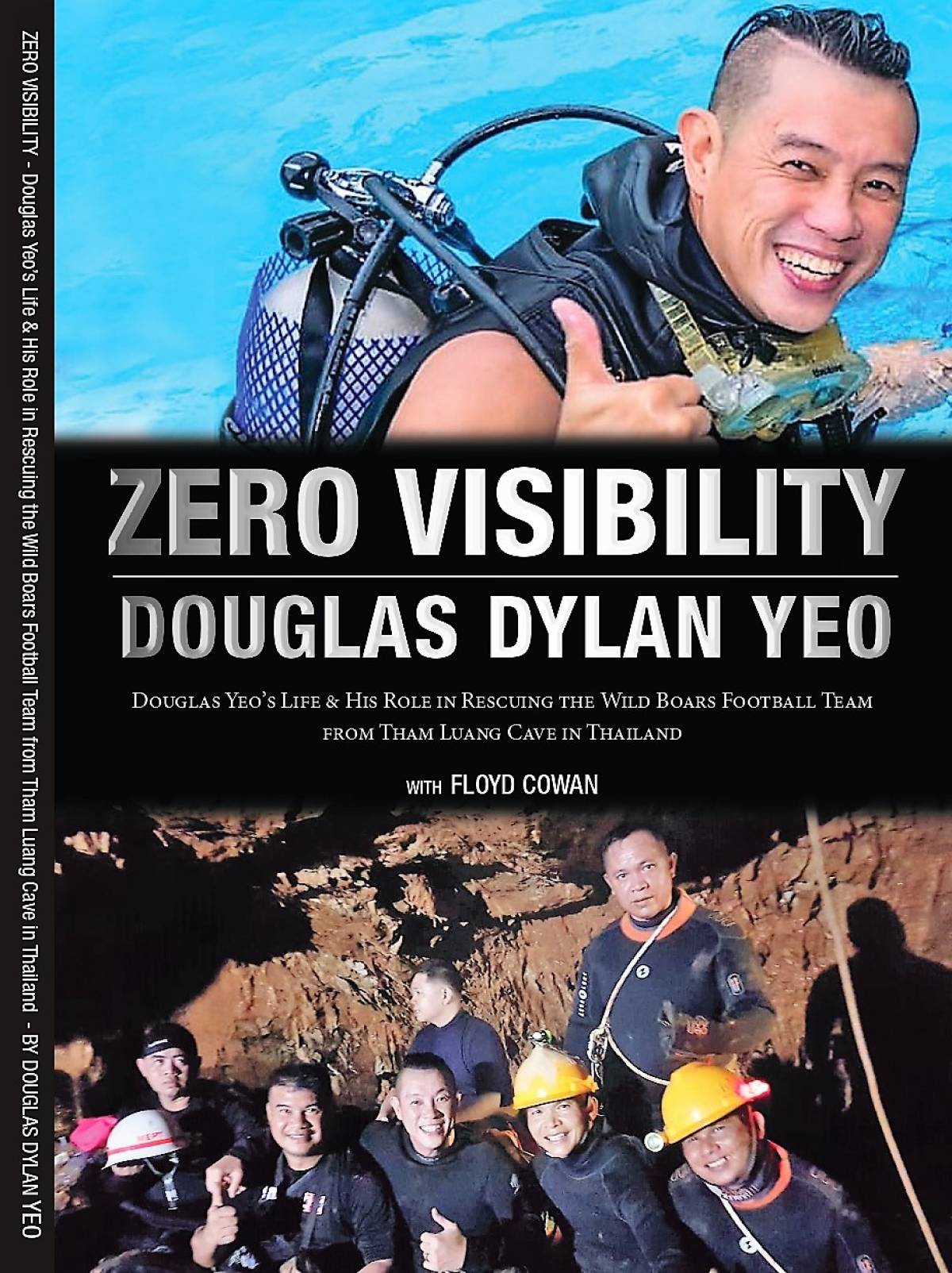 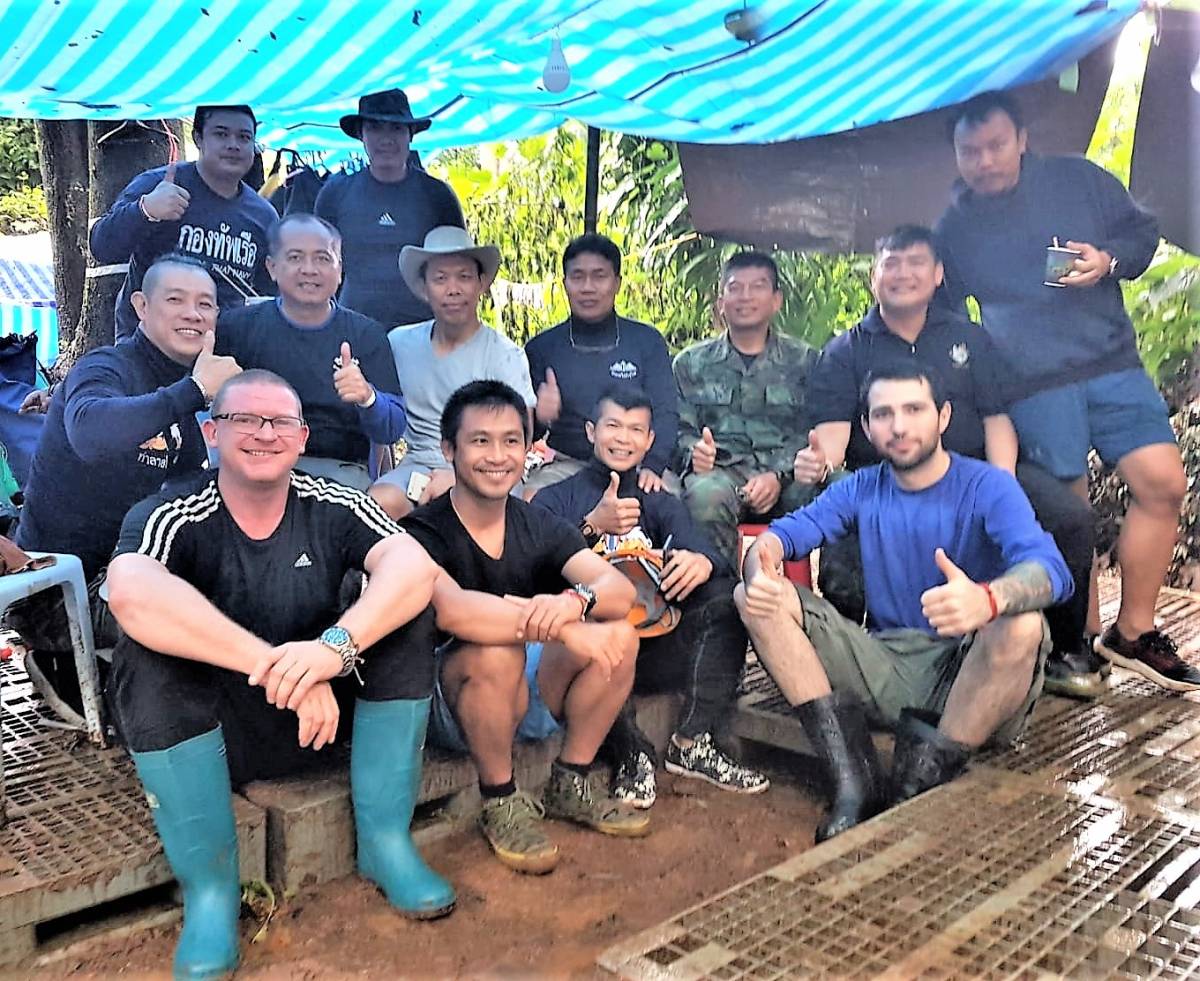 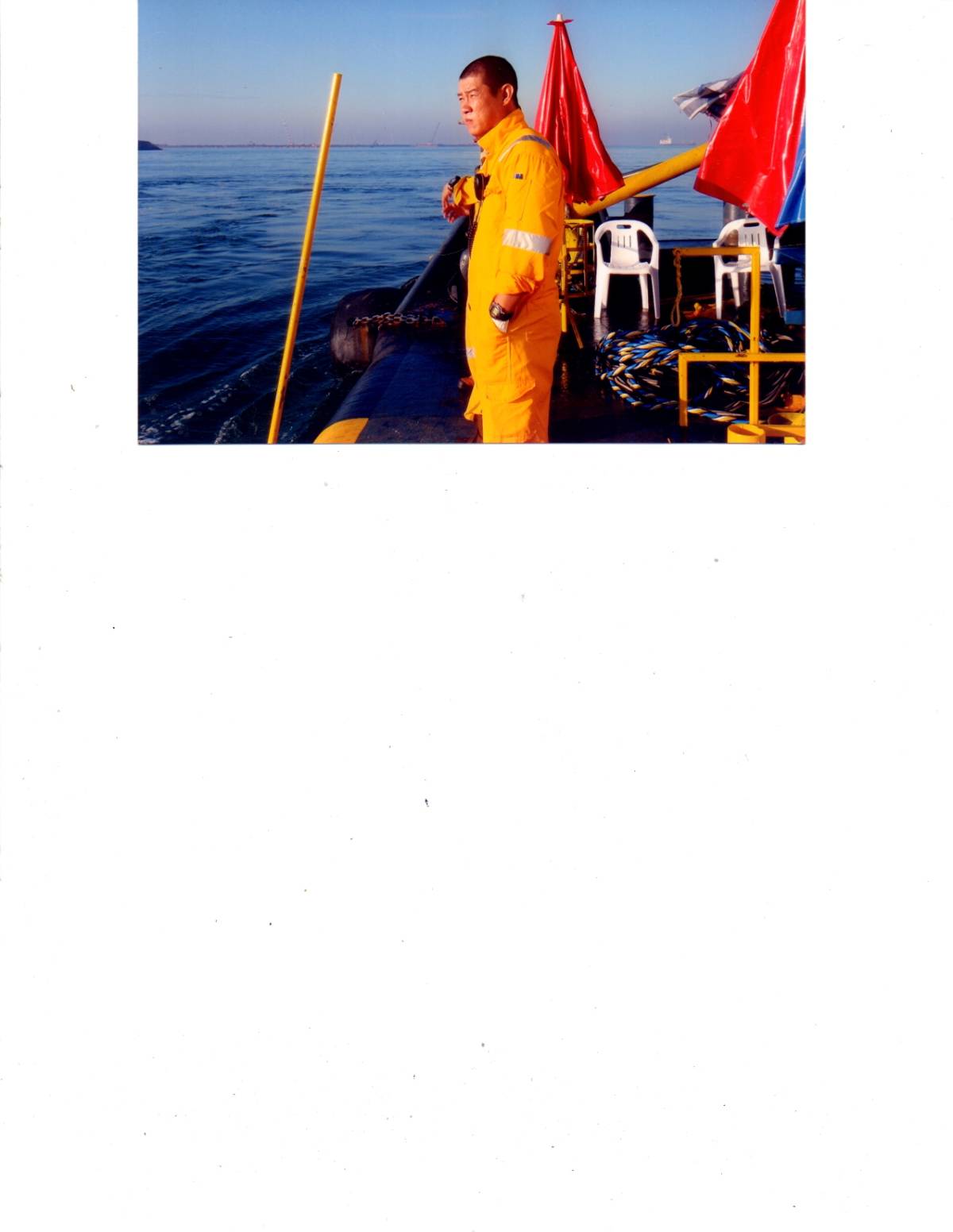 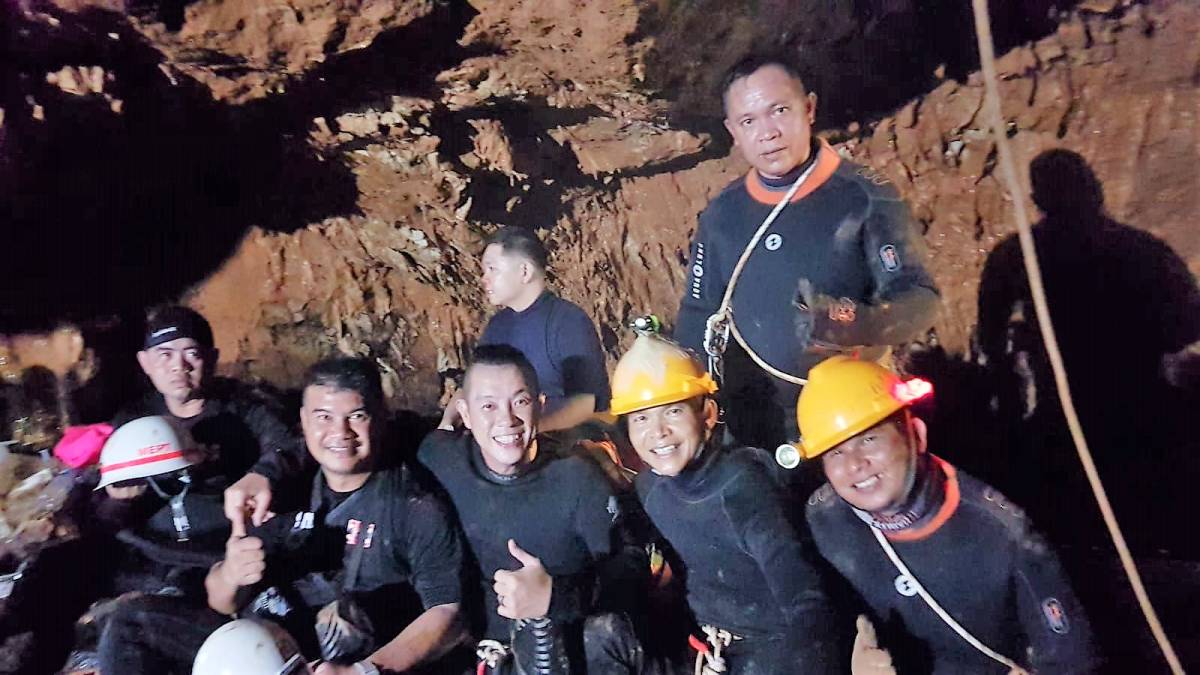 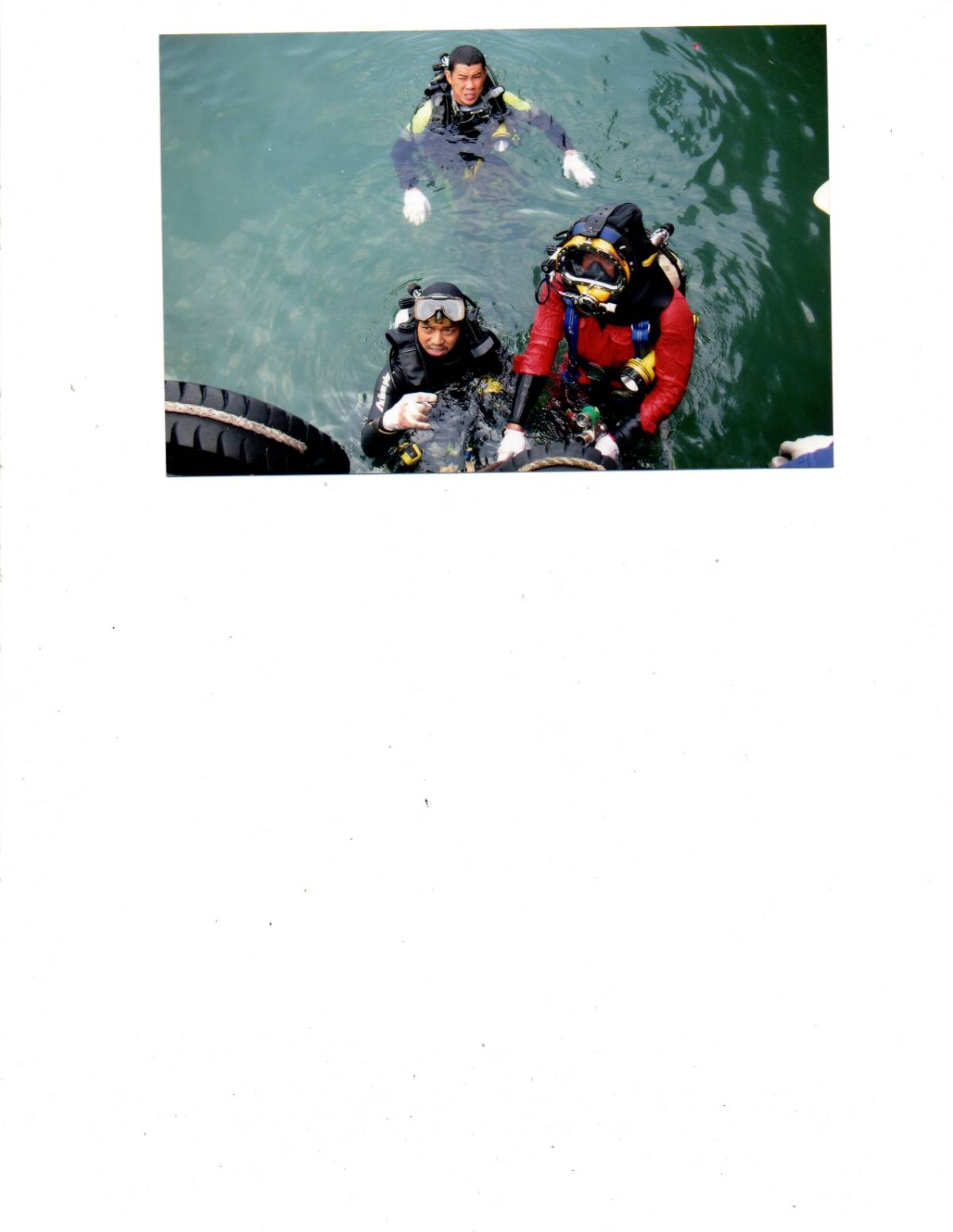 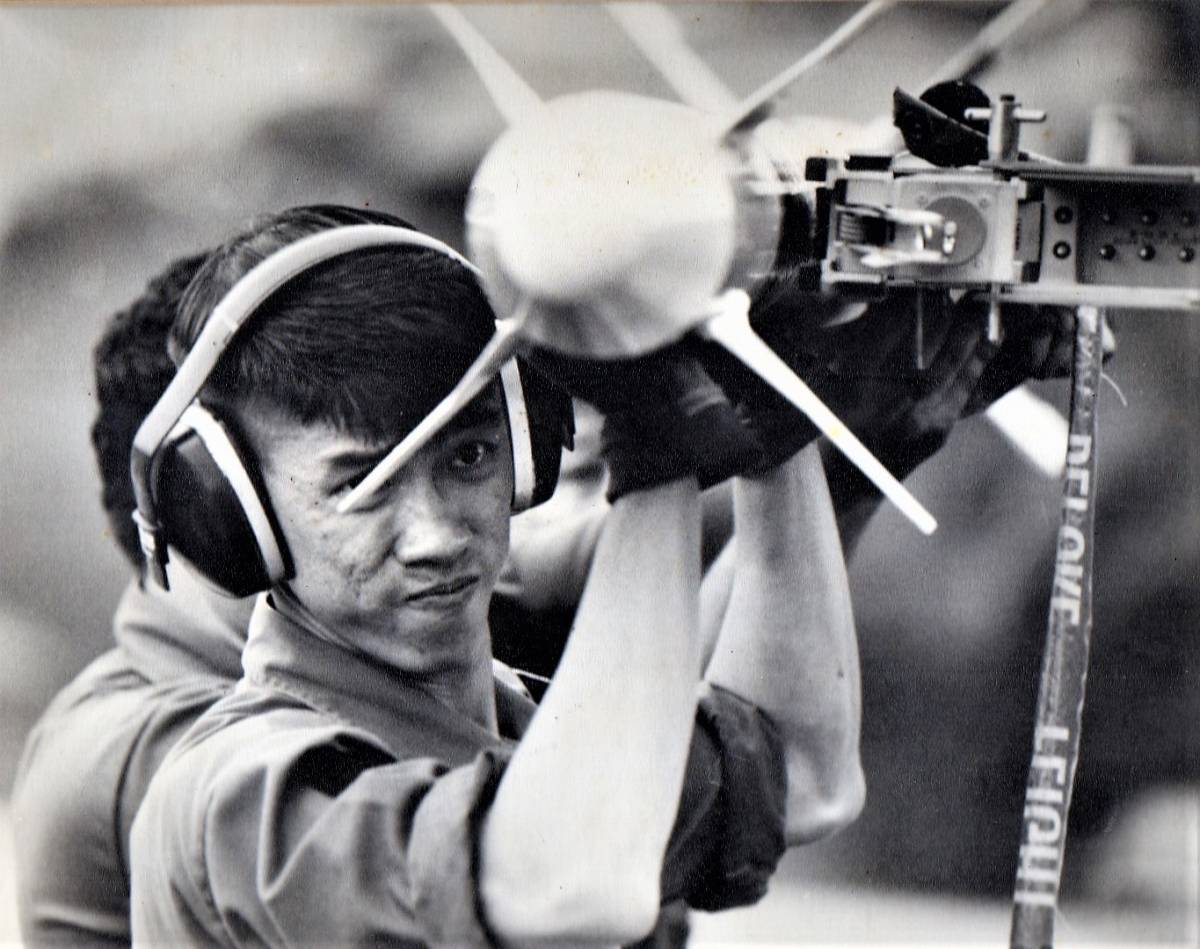 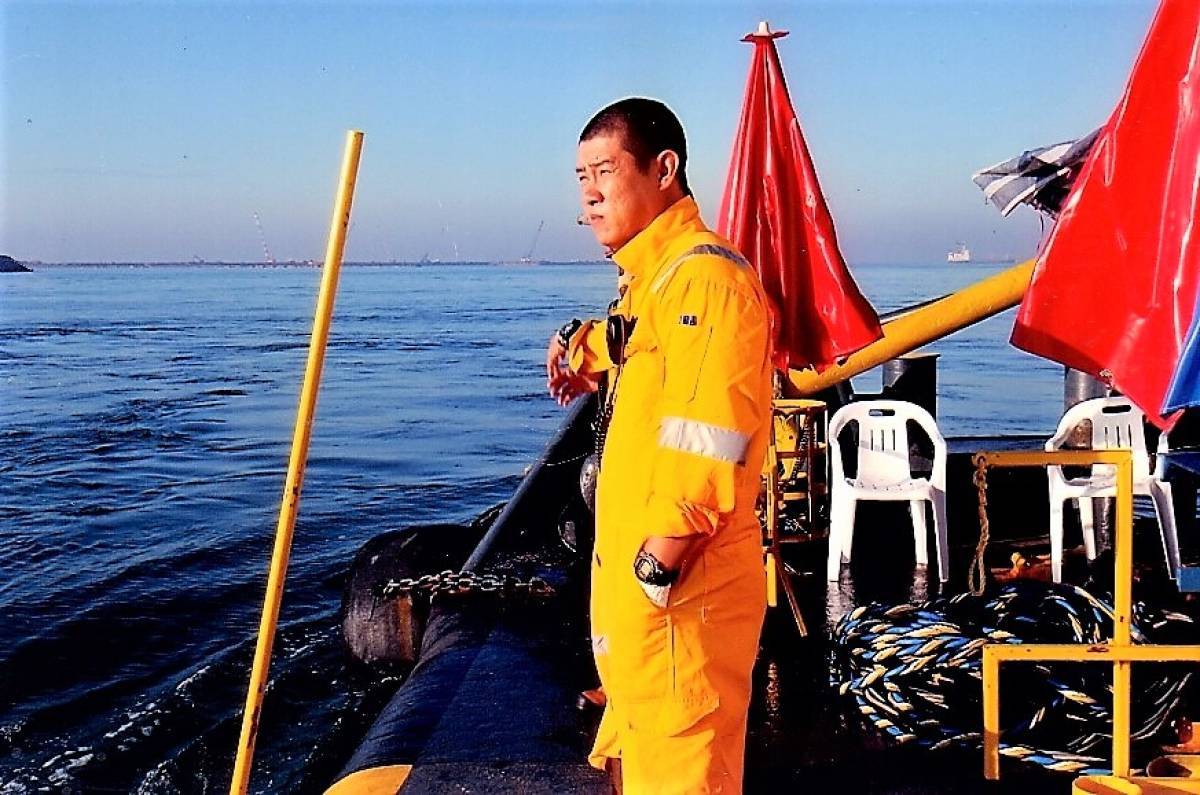 On Saturdays and Sundays Douglas Yeo was signing copies of Zero Visibility at Maywell Lifestyles @ Dempsey 13 Dempsey Rd, Singapore. As restrictions are in place you can order directly by emailing Floyd Cowan at fcowanmedia@gmail.com. Pay by PayPal and have the book mailed to you. Zero Visibility will also available at Kinokuniya Books, Singapore, Tango Mango Books & Gifts in Tanglin Mall and Epigram Books when they are allowed to reopen.

Douglas Dylan Yeo was the only Singaporean to go into Tham Luang Cave in Thailand to help in the rescue of the Wild Boars football team. At 50 years old Douglas was no young buck, but an experienced diver in top condition. He had been in many difficult situations during his years of doing salvage and recreational diving. As soon as he heard about the boys, he knew he had to do whatever he could to help. “I would’ve cleaned toilets if that was what they thought would be my best roll.” The 12 boys aged 11 to 17, and their 25-year-old coach, became trapped inside the flooded Tham Luang cave on the border with Myanmar on June 23, 2018 and time was running out.

The rescue effort became a massive operation with the world watching on. It wasn’t until July 2, that British divers John Volanthen and Richard Stanton found the group alive on an elevated rock about four kilometres from the entrance.

Two of the rescuers lost their lives because of their efforts. Saman Kunan, a 37-year-old former Thai Navy SEAL, died of asphyxiation during the rescue on July 6, while returning to a staging base in the cave after delivering supplies of air. The rescue diver Beirut Pakbara died in December 2019 of a blood infection contracted during the operation.

“I'd been diving for the last two decades, doing salvage operations where I dive in zero-visibility conditions, so that made me feel like I needed to do something.” Douglas states.

Yeo had served in the Republic of Singapore Air Force, and during his overseas training over the years, he made friends. “I call them my "brothers" in Thailand.”  He contacted his brothers and they welcomed him to join the rescue team.

Douglas called a family meeting. “I'm sure everybody was worried, but to be honest, I never saw my 73-year-old mum so calm. I have three boys, they are 18, 13 and eight years old. My youngest son, Dominique, stated: "Papa, I know you can do it."

“I knew it was not going to be easy,” Douglas admitted, “that it was going to be tough. Initially, I didn't know whether the other rescuers would accept me, but I just decided to go. I told myself that I was there as a professional, that this was a rescue mission, we were all there to share our knowledge. But they accepted me, and it was such a great honour.

“In the tunnel, the water (at some points) went right up to your throat, but you just had to walk through the tunnel. Your heart and mind had to be tough.”

But Zero Visibility is not just about the rescue, it is about a fascinating life, with many highs and lows. It is a Singapore success story.

“When I met Douglas,” says Floyd Cowan, who ghost wrote Douglas’ story, “I wanted to know why he was chosen to go. I wanted to know who his influences were and what inspired him. I had to keep going back and back into his past and when he told me about his early days, growing up in a Singapore few people would recognize today, I knew this was a bigger story than just the rescue.”

Zero Visibility: “Growing up in Tanjong Pagar, mine was no Tom Sawyer childhood, but there were some similarities. Singapore, at that time, was a rough and dangerous place, especially for a preteen boy who wasn’t like all the other good little boys who listen to their parents and go to school every day.”

Zero Visibility: “I was getting a different type of education than what they offered in school. I would hang out with my grandfather and from him I learned coolie stuff. I learned to work. I would carry things, such as rice. I was a runner, I would buy coffee for people. I spent time with hawkers and slowly, slowly learned the tricks and ways of doing business. At 10 – 11 years old I learned to bargain. If I bought 10 packets, I would get one for free.”

Joining the Royal Singapore Air Force was one of the turning points in Yeo’s life. Also, it is where he met the person who would get him into diving. His has not been an easy life, in his career or in love.

The map used by the rescue team

Zero Visibility: “After returning to Singapore I was asked to speak at schools and various organizations. Often people, especially students, would ask me if I could give them something to read about what I had done. They wanted more than just my notes for the speech. So, I decided to write this book.

Media requests were constant – print, on-line, radio and TV. As I talked about the experience, answered questions and met young people I began to realize that I have a responsibility to share my inspirations, knowledge, and experiences with the goal of inspiring others to become the best they can be.”

The first readers of Zero Visibility have been positive in their praise of the book.

Stefan Pertz MPAS Editor of the Year 2019: “I thought this was an absolute blast of a read. Worth the money and it should be given to every millennial who wants to quit a job when the PC freezes for a moment.”

Cynthia Dammerer Public Relations Manager Asia Pacific: "Remember the boys of the Wild Boars football team and their coach in the Thailand cave and we thought there was no hope for them all getting out alive? Reading this reminds me that there is always hope. Sometimes you have to fight a bit harder for it. Well done for bringing this story to life and reminding us, especially in this time of Covid-19, there’s always a the faint light of hope. A truly inspiring story.

On 29 August 2019, H.E. Mr. Manopchai Vongphakdi, Ambassador of the Kingdom of Thailand to the Republic of Singapore, presided over the Conferment Ceremony of the Royal Decoration, Member (Fifth Class) of the Most Admirable Order of Direkgunabhorn on Mr. Yeo Kah Hock.

Douglas was nominated Singaporean of the Year.

Where it is Available

You can order it directly from FCowan Media. Send Floyd Cowan an email at fcowanmedia@gmail.com. Payment can be made by PayPal or whatever options best suits you.