2018 China Inbound Tourism Report: When and Where to Go 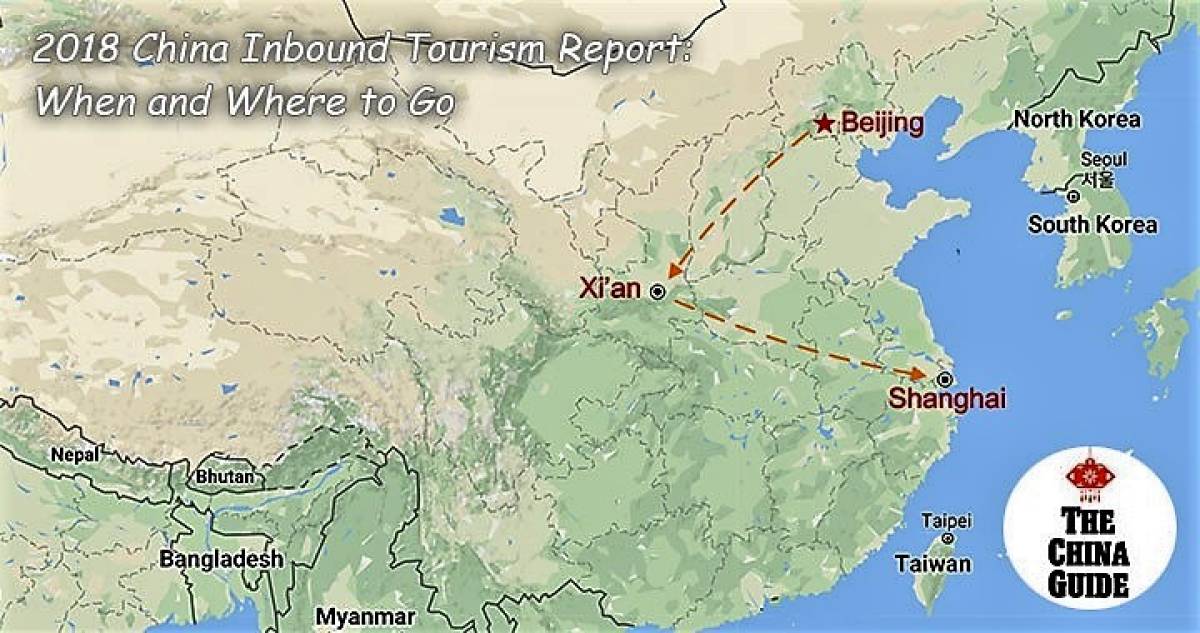 Over the past year, The China Guide has organized custom private tours in China for thousands of travellers from the United States, Germany, France, Spain, the United Kingdom, Canada, Australia, and beyond. As 2019 kicks off, The China Guide is releasing its second annual report on the preferences and popular choices of foreign travellers to China based on the experiences of our clients in 2018.

In this report, we use the data we have collected from the thousands of travellers we served in 2018 to provide some insight into travellers’ choices when it comes to visiting China. Following the footsteps of other travellers is a convenient and reliable way to plan your own trip to China, and we hope this report will help people who are considering visiting China craft their own itinerary and save valuable time.

When Is the Popular Time to Travel to China?

Considering the mild weather and pleasant temperatures, spring (March, April, and May) and fall (September and October) are the two most popular seasons for traveling in China. Based on our 2018 data, March through December receive the most visitors, with March, April, May, July, September, and October being especially popular months for setting off on a trip to China. January and February are the two lowest months in terms of visitors, with only 6% of travellers choosing these two months to start their trips to China.

There are other factors besides weather that are worth considering when deciding when to travel to China, such as public holidays and school breaks. If you want to learn more about the advantages and disadvantages of visiting China in different months/seasons, please read our suggestions concerning the best and worst times to travel in China here.

Where to Go When Traveling in China?

In 2018, 82% percent of our travellers visited Beijing during their trip to China. This is understandable, as Beijing is widely considered the main gateway to China, both geographically and culturally, and is home to two of the best-known attractions that China has to offer: the Great Wall and the Forbidden City.

Being another major city and the financial capital of the country, Shanghai attracted 31% of our travellers. Another popular destination was the ancient city of Xi'an, site of the world-famous Terracotta Army, which 27% of our travellers visited in 2018.

Guilin/Yangshuo, Hangzhou, Suzhou, Chengdu, and Zhangjiajie made up the second tier of popular destinations among foreign travellers to China. The Guilin/Yangshuo area is particularly well-known for its beautiful natural scenery.

The third-tier destinations include Huangshan, Pingyao, Luoyang, the Yangtze River, Guangzhou, Datong, Yunnan, and Tibet. While less popular, these destinations are still a good choice if you have a particular interest in visiting them, or if you want to visit more off-the-beaten-path sites. Because of their remote geographical location and the difficulty of access, as well as demanding more time and costs, Yunnan and Tibet did not receive many visitors, despite being well known among travellers.

In 2018, 49.8% of our travellers visited Beijing as their sole destination. Considering that not many people would buy an international flight to China to spend only a couple of days visiting just one city, this figure is likely due to the many layover/transit passengers or business travellers who take one or two days off during their trip to do some sightseeing. Our travellers spent an average of 2.3 days in Beijing in 2018.

Being another entry point to China for foreigners, Shanghai also attracts many layover/transit passengers or business travellers who take a couple days off during their trip to sightsee.

Outside of these popular routes, our other travellers chose a diverse array of itineraries. If you are coming to China for a second time or if you have allotted several days for your trip, you can add other destinations to your itinerary based on your personal interests.

When to Book a Trip to China?

According to our statistics, the longer a trip is, the longer in advance travellers book their tour. This is understandable, since a long tour requires more planning and preparation time.

In our experience, booking a tour early means you will have more choices when choosing hotel rooms, guides, cars, and other services, and can also help save you some money.

We hope this information is helpful for those considering a trip to China. If you’d like to learn more about China travel trends over time, we encourage you to read our 2017 report here (https://www.thechinaguide.com/blog/2017-report-the-habits-and-preferences-of-travelers-to-china) as well.

The China Guide is a Beijing-based travel agency. We have more than ten years of experience customizing private tours for travelers to China. In 2018, we customized private tours around China for thousands of travelers from the United States, Germany, France, Spain, the United Kingdom, Canada, Australia, and beyond.

Singapore Tops Travel Destination for Tourists in Asia When ...