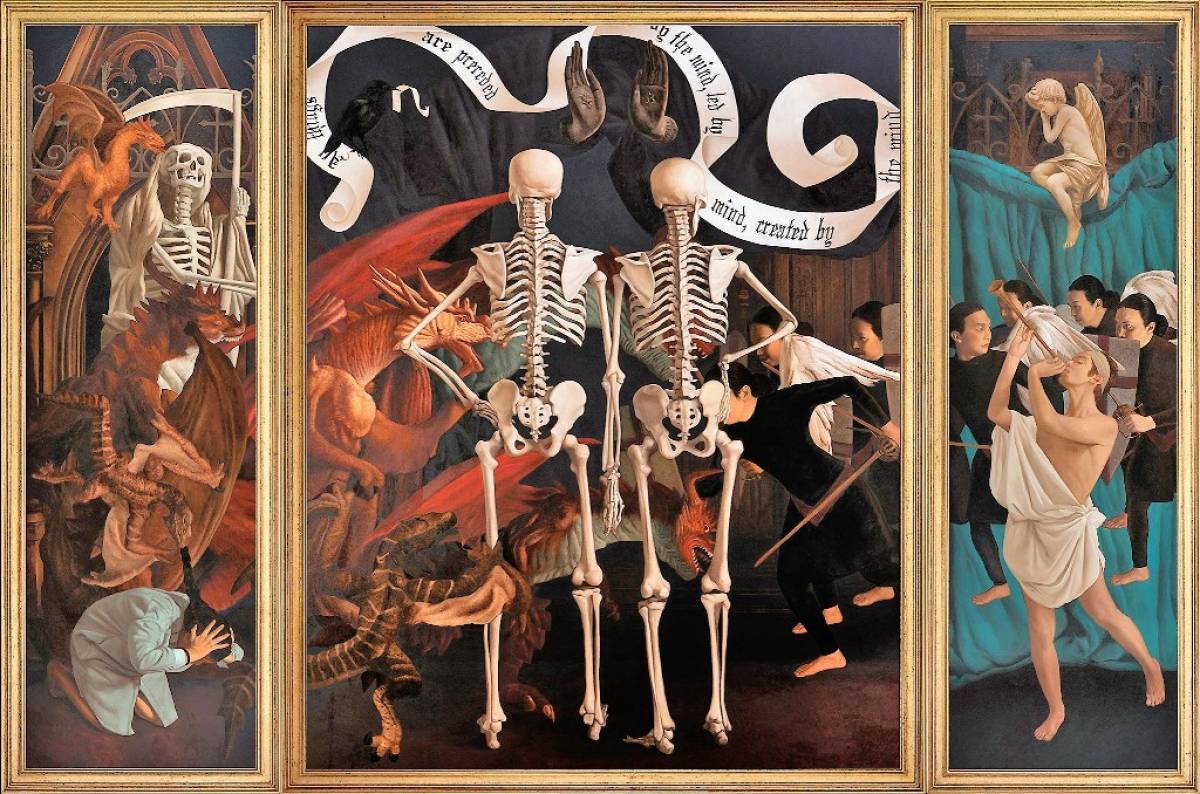 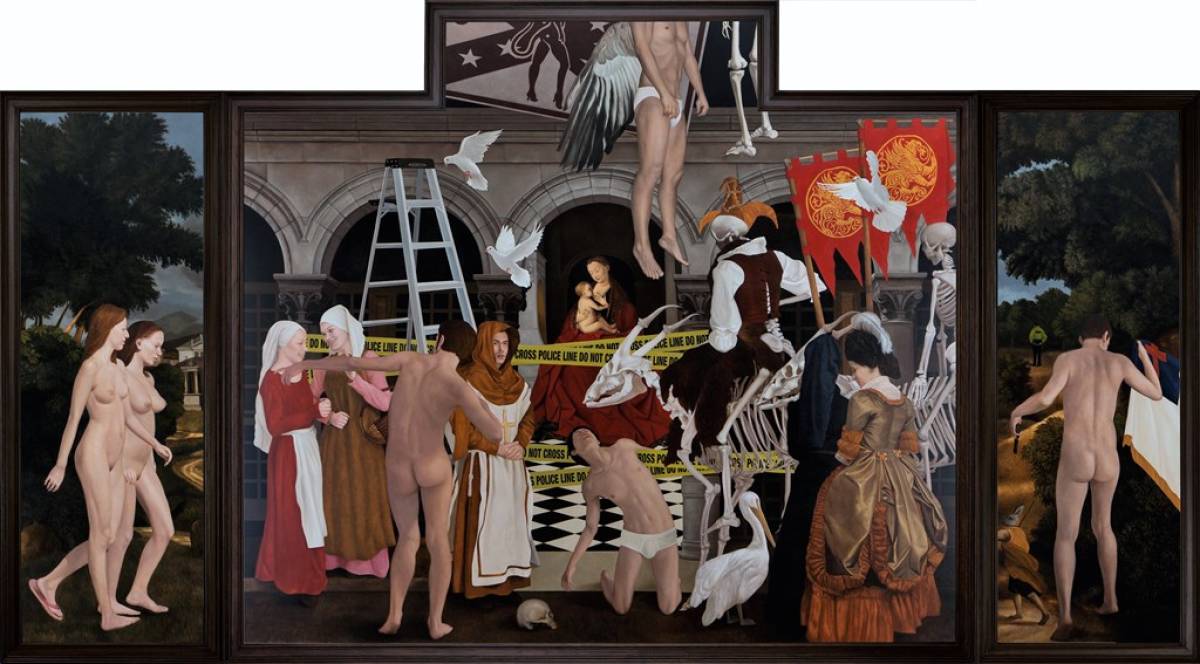 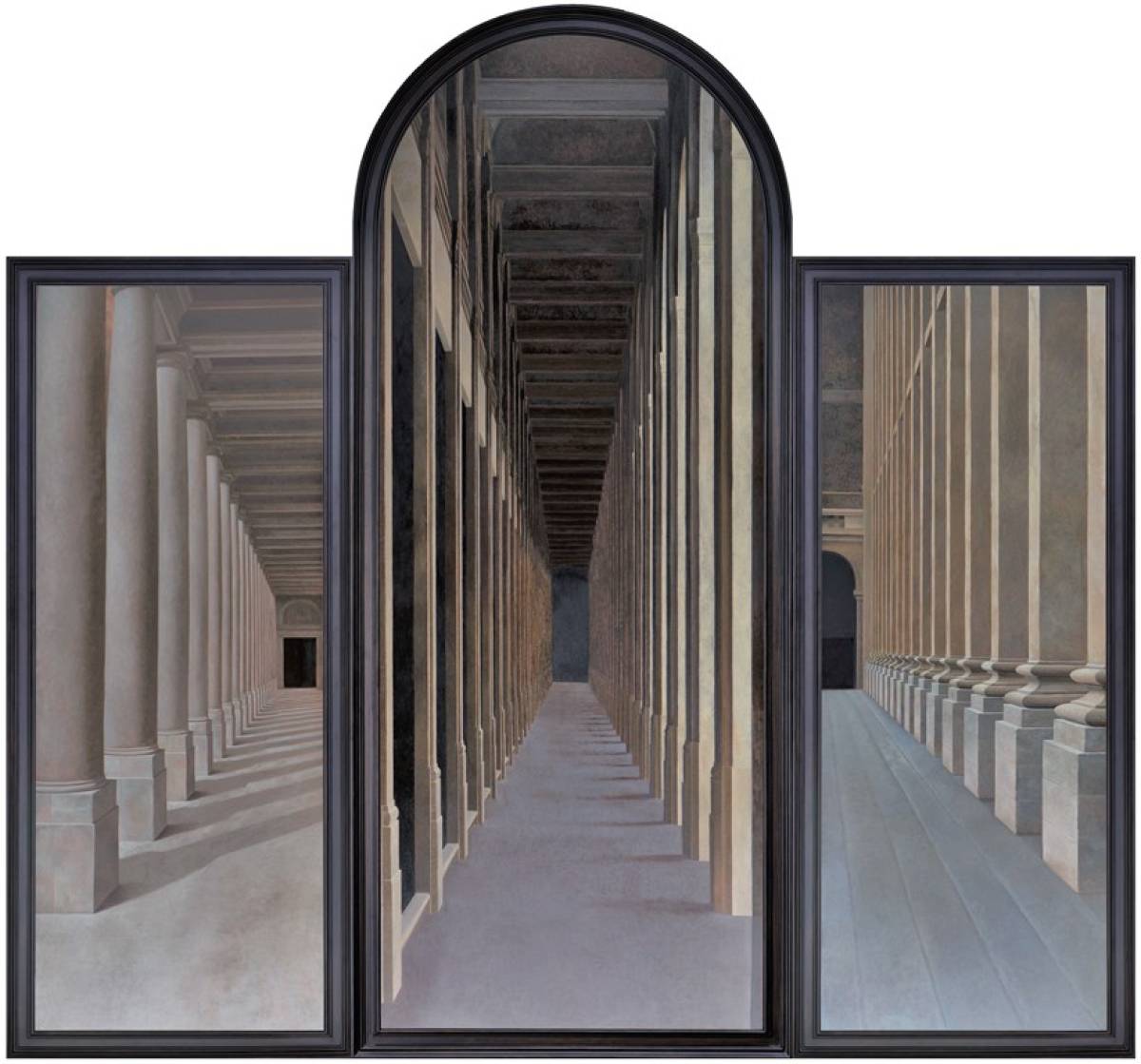 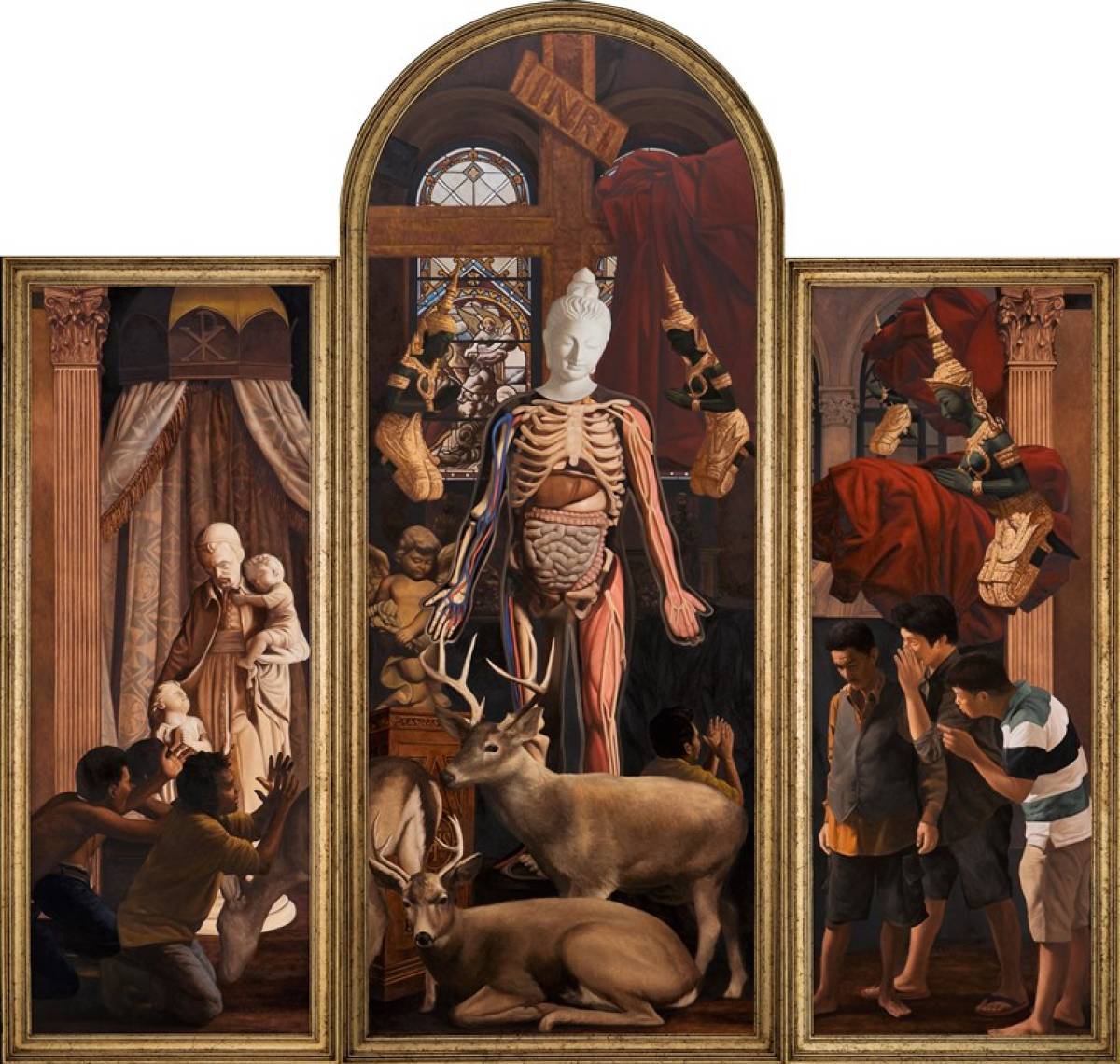 Ayala Museum and Singapore-based gallery Richard Koh Fine Art, with the support of the Royal Thai Embassy in Manila, will be co-presenting the exhibition of contemporary Thai painter, Natee Utarit.

The Altarpieces is Utarit’s critique of Western modernism. It is a satire of modernism and capitalism, and tells of its seduction of local customs and traditions. Consisting of a total of 12 works, these works are composed of multiple panels forming a diptych, triptych, or polyptych, following the tradition of classical religious paintings with elaborate frames and settings. Utarit’s interest in Western religious painting stems from his appropriative approach to classical art. “In my paintings here I offer an interpretation of the world and various beliefs that appear in the Western world from my own Asian perspective,” he says.

Optimism Is Ridiculous: The Altarpieces is a traveling exhibition with Ayala Museum in Makati City, Philippines as its first stop. It is  scheduled to coincide with the 2017 Art Fair Philippines.

After its Manila run, the exhibition is scheduled to head on to Indonesia and Singapore.

Natee Utarit (b. 1970, Bangkok) studied at the College of Fine Art in 1987 and graduated in Graphic Arts at the Painting and Sculpture Faculty at Silpakorn University, both in Bangkok, Thailand in 1991. His work is part of many renowned collections, such the Bangkok University, Bangkok, Queensland Art Gallery and Gallery of Modern Art, Brisbane, Singapore Art Museum, Singapore, as well as private collections in Europe and Asia. Utarit’s multifaceted practice focuses on the exploration of the medium of painting connecting it with photography and classical Western art. Light and perspective are some of the elements the artist chose to work with, focusing on painting as a means to explore image making. His complex pictures, juggle wide-ranging metaphors usually in the format of the traditional still life, allude to Thailand’s current social and political landscapes. Guitar Expo Is Back to Connect Art With the Community