along the singapore river! 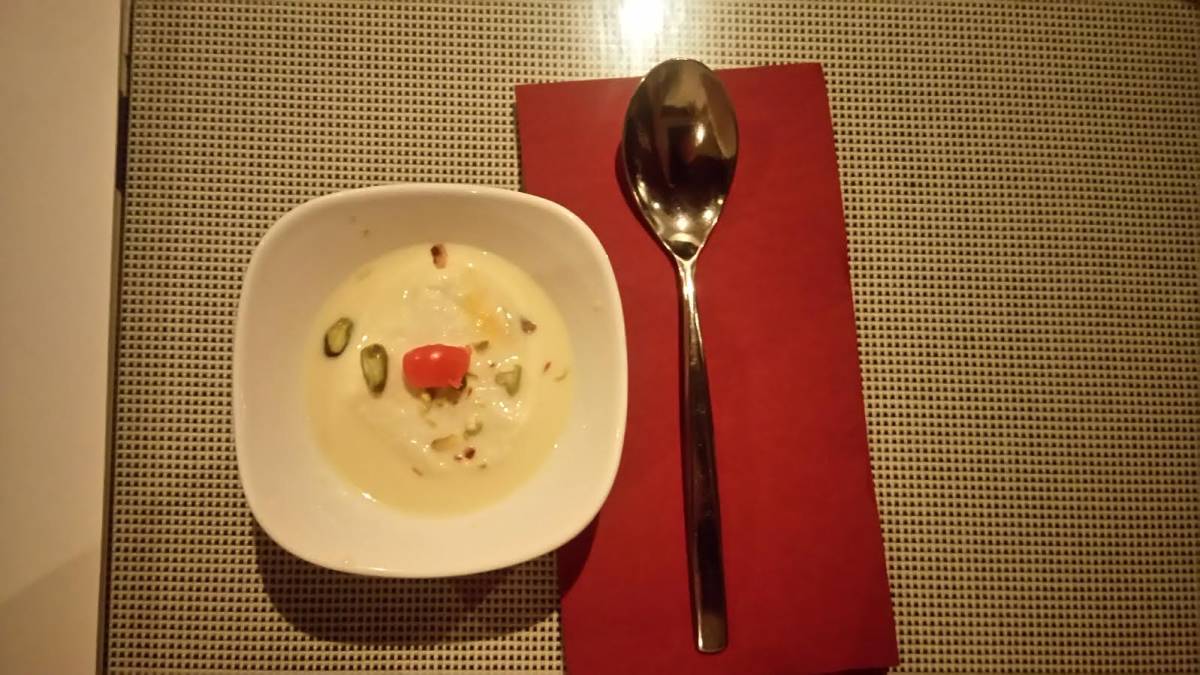 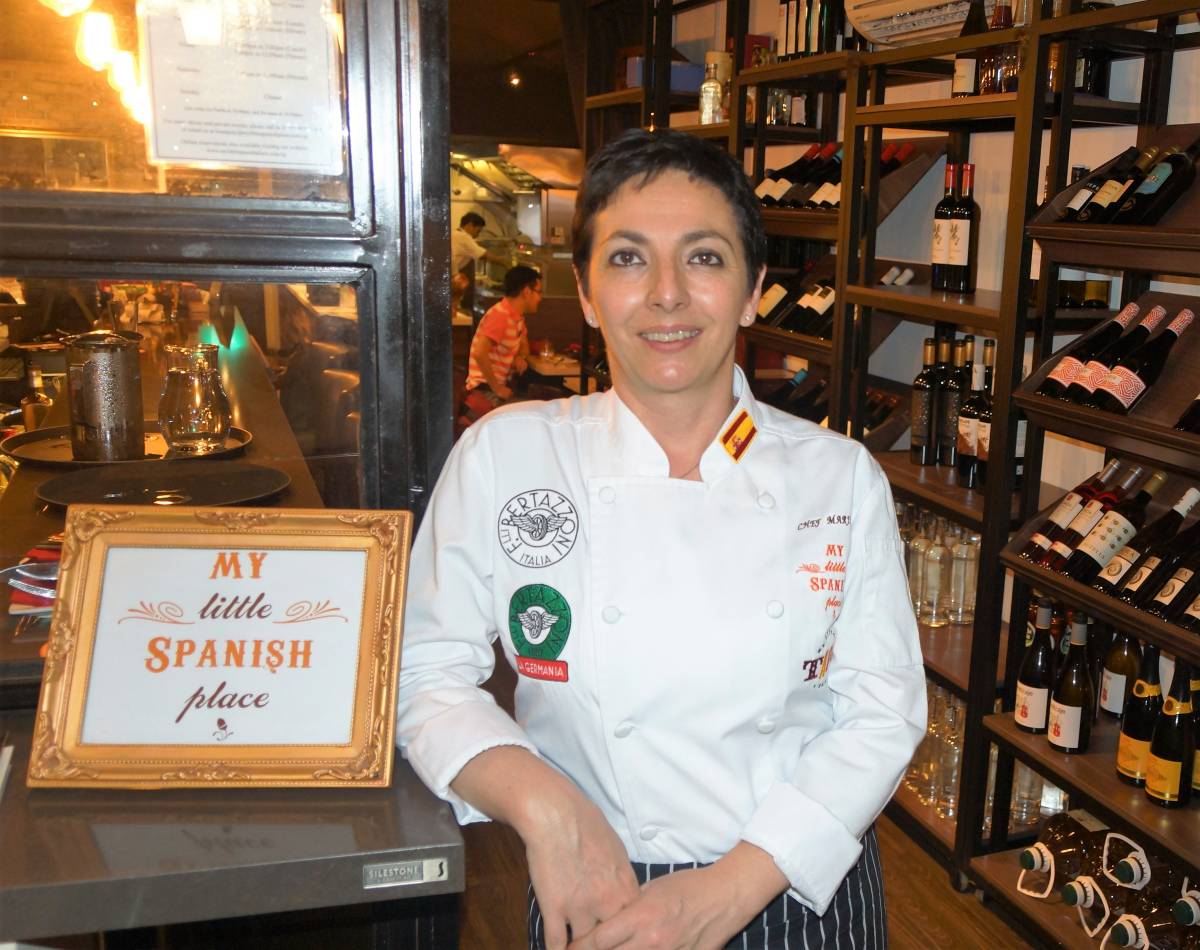 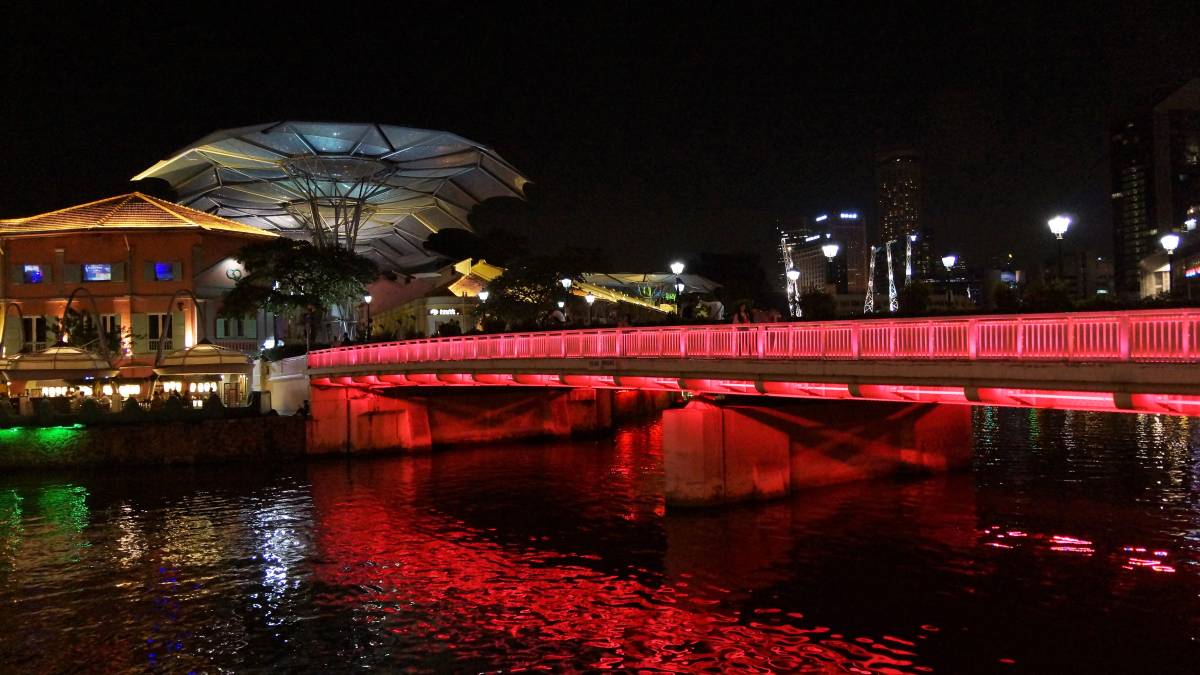 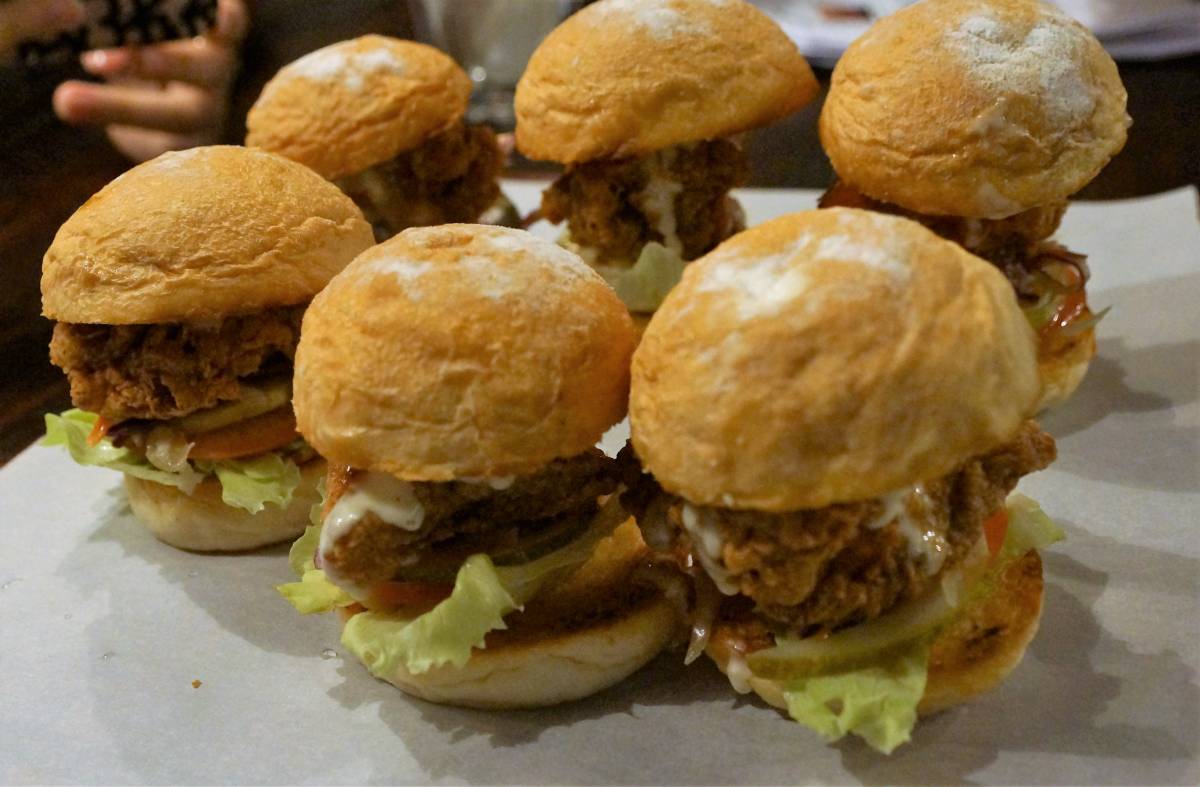 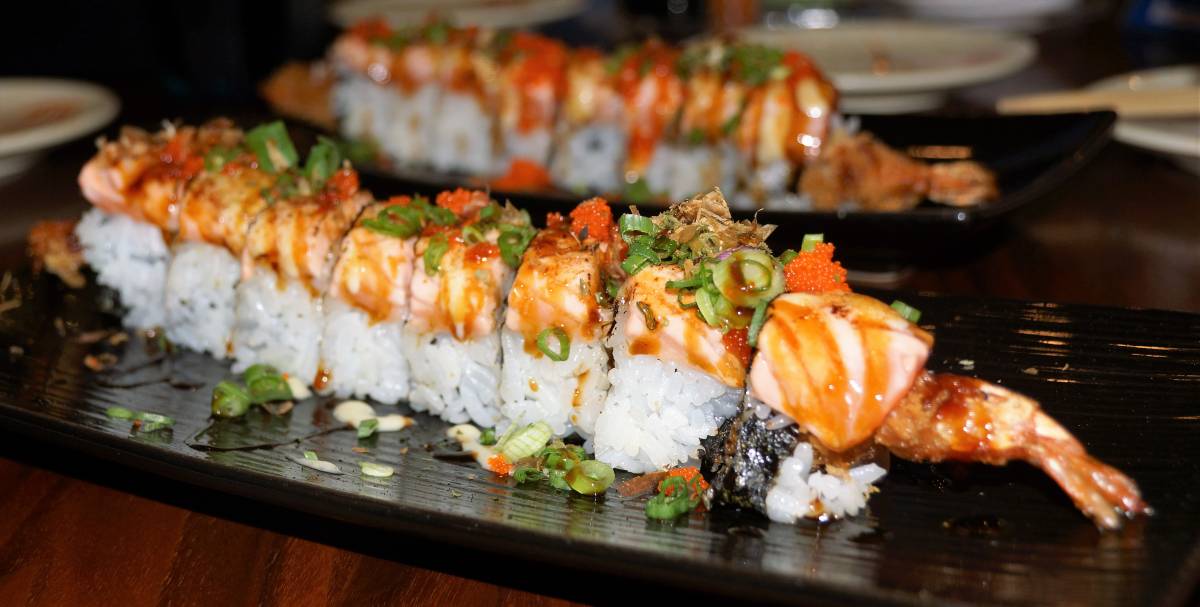 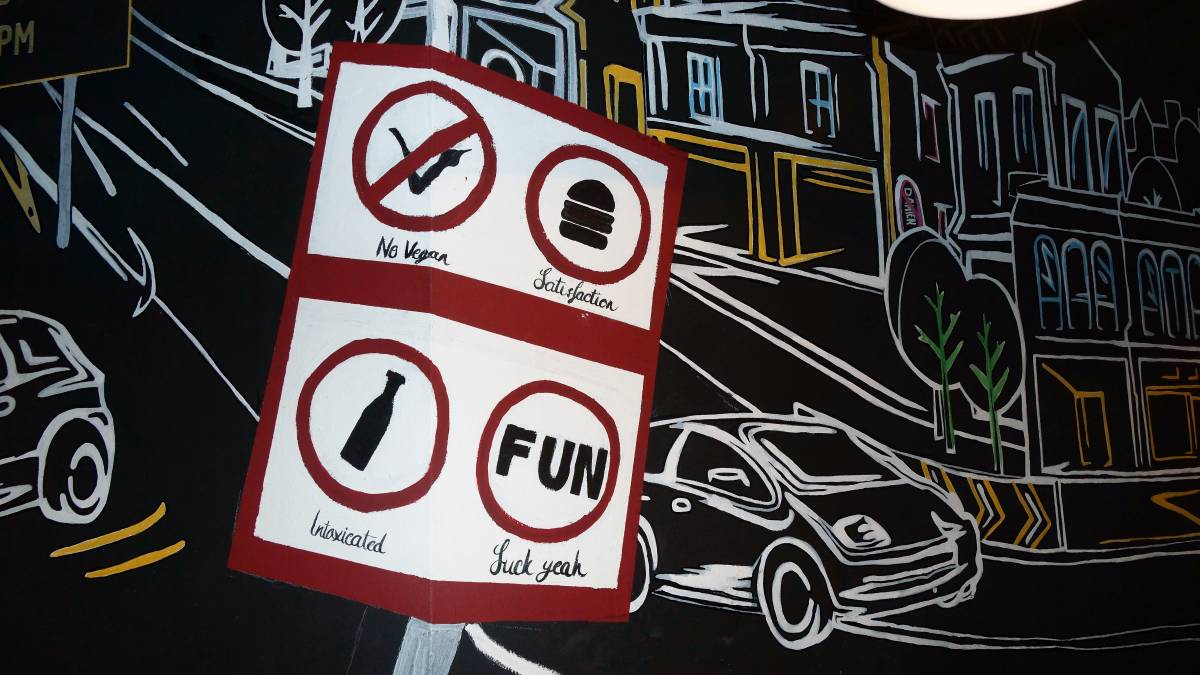 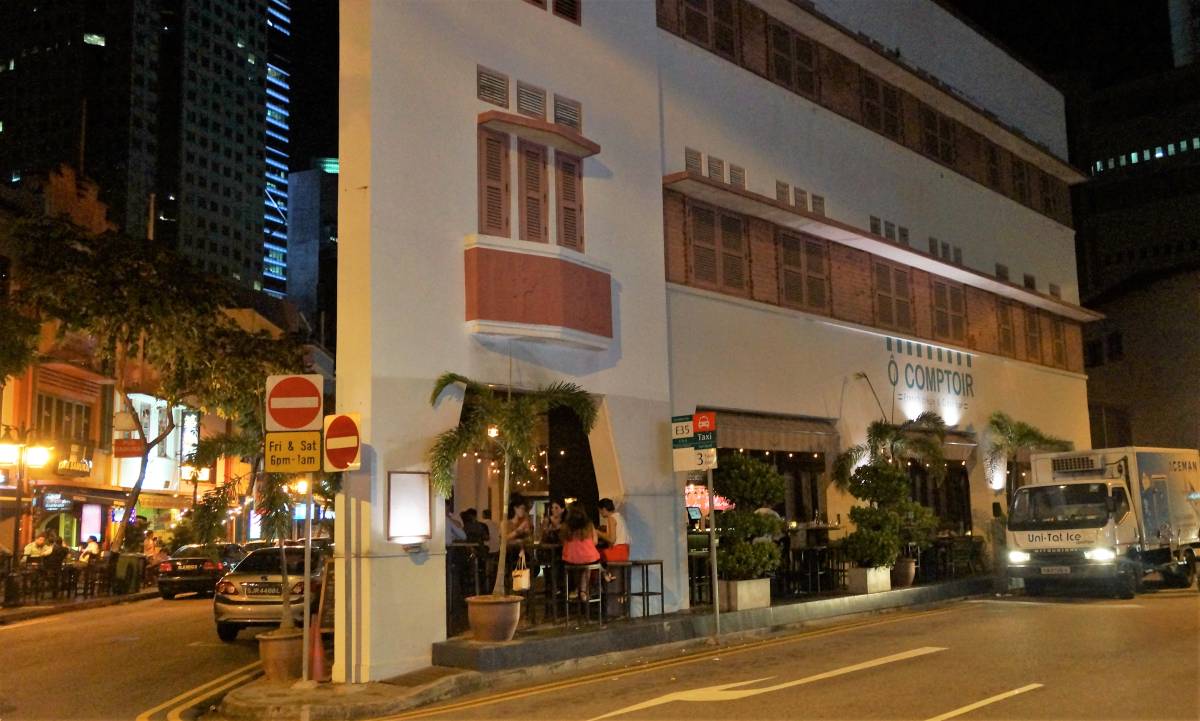 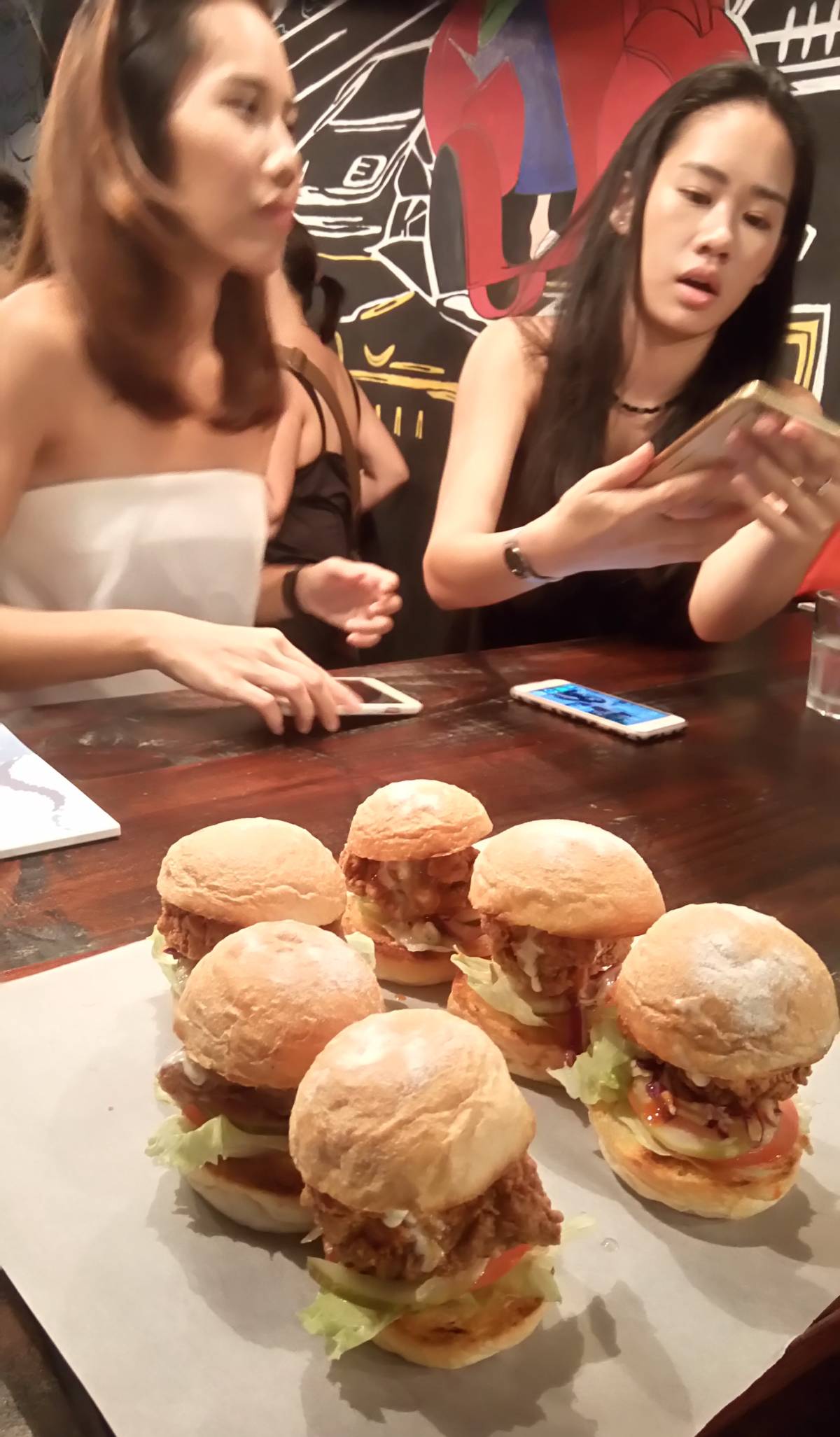 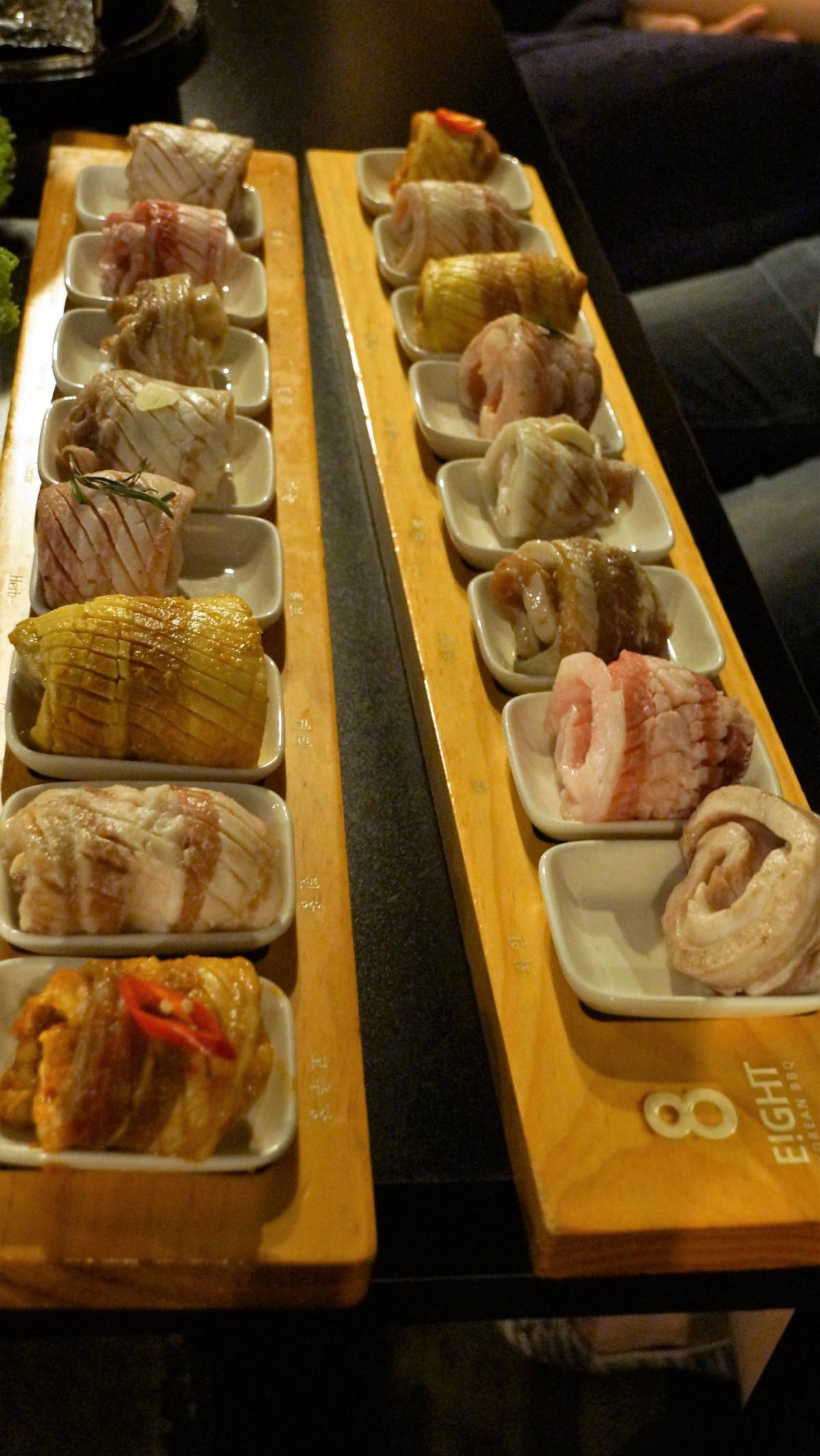 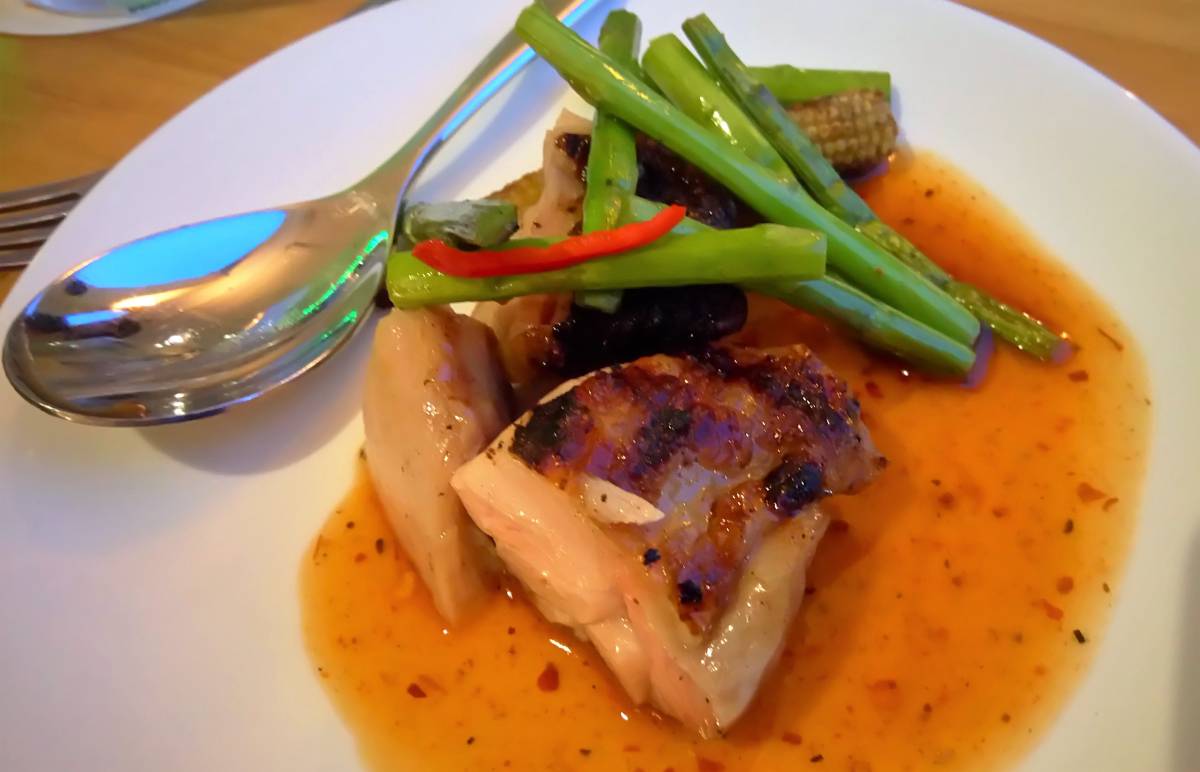 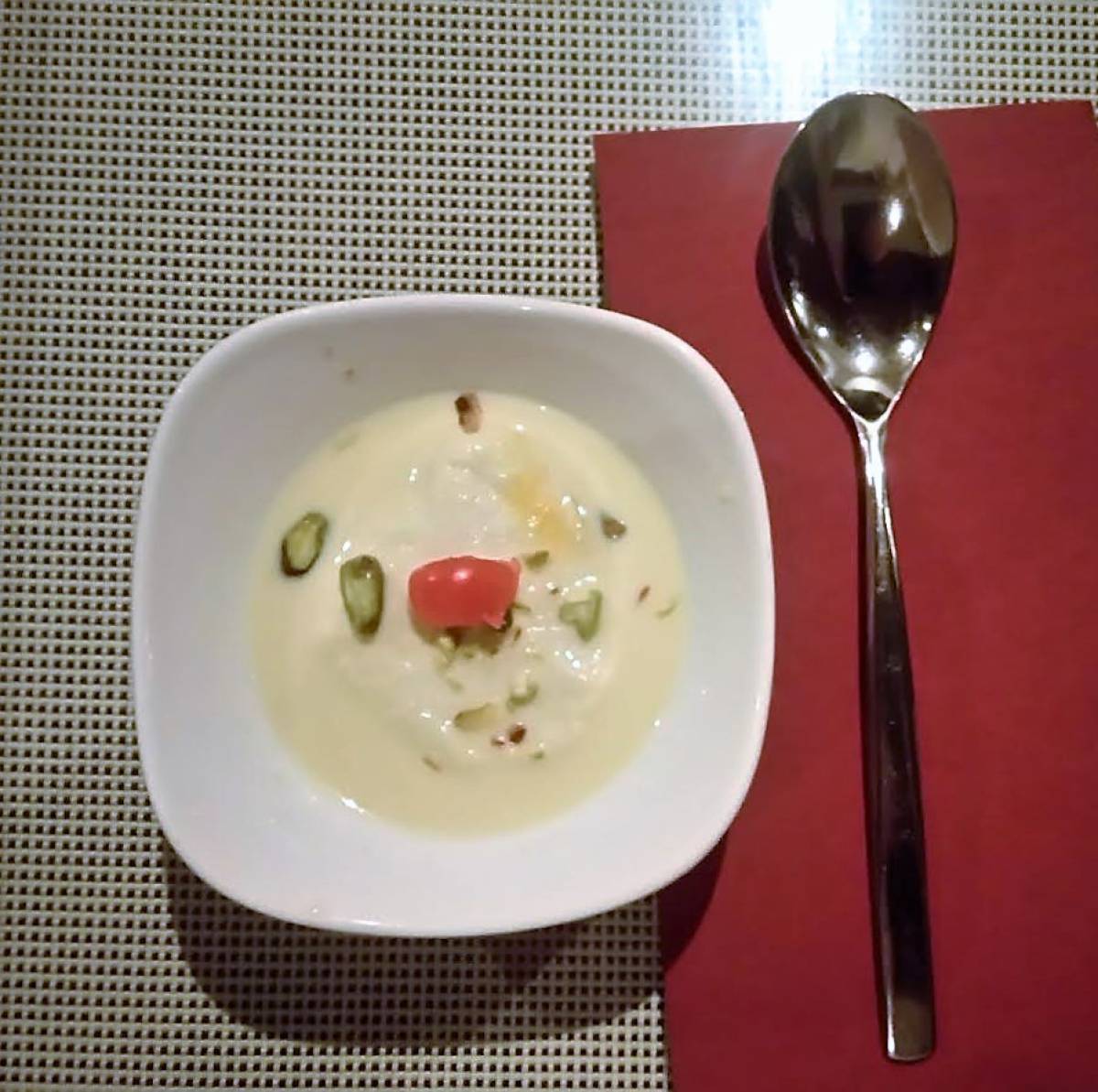 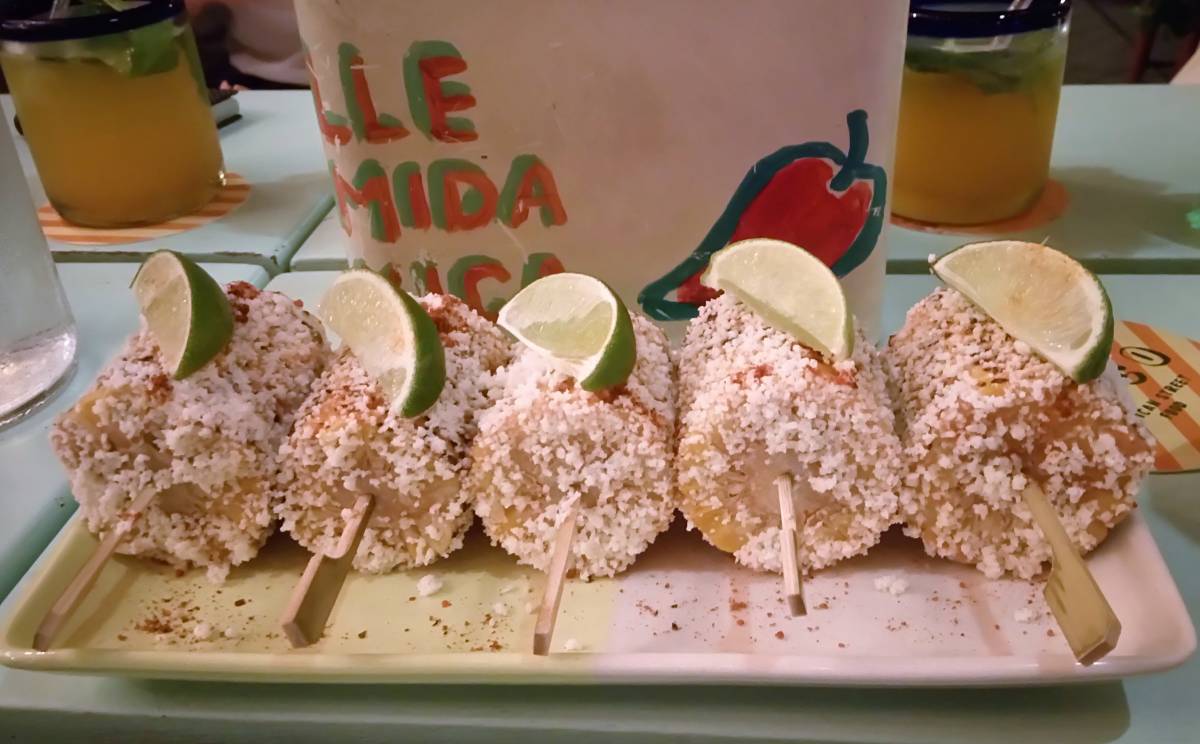 We started at Soi 60 Thai on Robertson Quay, and it was an excellent place to start. Chef Bjorn Shen wrote: “Wowza! This North-eastern style BBQ spatchcock was most expertly cooked. The bird was brined, marinated in lots of aromatics, and then cooked to juicy perfection on the grill. The accompanying nam jim jaew was also tangy and perfectly balanced.”

I very much agreed with the Chef. The Gai Ya chicken was excellent. Though quite spicy it went well with the asperagus and papaya salad. We were also served a special cocktail called, ‘Can I Give You My Love’. Lovely. From Soi 60 Thai it is just a few steps to Super Loco where we were in for more great treats. After visiting Mexico, Super Loco’s three founders were inspired by the cuisine so set about creating Mexican restaurant & bars in Singapore. They serve authentic Mexican food with a strong focus on ambience and design. We began with a Super Loco’s most popular non-alcoholic drink that is a combination of Aqua Fresca and Passion Fruit.

Chef Nixon Low ‘s opinion was that the Elotes was very tasty. “Sweet corn that pops in the mouth. The Chipotle mayonnaise was acidic, which made it appetizing. The added cheese gave an extra flavour next to the charred bits of corn. It was very well done and would have been perfect if they used the best quality of corn. I’ve never had corn like this, and was definitely one of the best dishes I had at Super Loco. I can still remember the taste and all the elements are very memorable.”

I too was impressed by the corn. I would like to know how they got it so tender without being mushy. Even though we moved inside, the décor was ‘a sleek industrial chic setting’. The brick walls were reminiscent of the warehouses that once made up this area.

Chef Bjorn Shen not only spoke for his friend, but for the group I was with too. “My dining companion and I were pretty much blown away by this dish, which was a tasting set of Mangalitza pork belly, marinated eight different ways. The strips of pork belly were grilled in the middle of the table, and you’d dip them into various sauces, top them with pickles, and wrap them in lettuce leaves before popping them into your mouth. Each style of marinade was distinct, and all tasted great. The provenance of the Mangalitza pork also played a pivotal part in the taste of the dish; this Hungarian pig was truly an amazing ingredient to begin with – incredibly bouncy and sweet. This was easily one of my top five dishes.” JJ.com Fish Mart was just downstairs in Central, open to the passing foot traffic. We were served trays of Breaded Shrimp with Salmon Aburi – unlike any other Japanese food that I’ve had. I thought sake would go well with it, but we didn’t get to try that. Chef Cheryl Koh felt that “The fresh products shine through in this dish. The prawns were sweet and crispy and added a nice contrast in flavour and texture to the smoky, melt-in-your-mouth and served in a generous portion.” The Butchers Club Burger was satisfying customers in Hong Kong and Bali before coming to Singapore. It has been awarded multiple accolades including a mention in the Michelin Guide and "Best Burger" by Time Out and Bloomberg. The menu is limited to one choice of burger, beer and bourbon – although there is also a secret menu, for those in the know – that offers a small selection of alternative burgers that change regularly. The décor really creates the feeling of a being an after-hours place.

Chef Anthony Yeoh’s opinion: “One of the best fried chicken burgers I’ve had in a while. Anyone looking for proper late night fix after falling out of a bar in Clarke Quay, should head here for some post-clubbing grub. The crisp battered chicken, hot sauce and creamy mayo in a very soft, warm bun hit the spot perfectly before bundling yourself into a cab and heading home.”

RAS The Essence of India Due to logistics we had our dessert before our final dishes. Rasmalai is a cream cheese cake without any crust. I didn’t like it but Chef Cheryl Koh thought it was good: “This traditional Indian dessert was well made and added a refreshing end to the meal. The flavours and textures were authentic and balanced.” I became a fan of My Little Spanish Place last year when we did a similar trip and it was included on the itinerary. Chef Maria is outgoing and generous with the big jugs of sangria.

Chef Nixon Low describes the Gambas al Ajillo. “This dish consisted of fresh prawns with fried garlic in olive oil – simplicity at its best. I like this dish because it was so simple and had good flavours, and was served with bread. For me, a tad oily but otherwise near perfect. Would have preferred to have the prawn heads in there as well, as it adds more flavour and looks more dramatic.

“Chef Edward and Maria were amazing. Both my dining partner and I felt their hospitality came right from their hearts, which is hard to find in restaurants nowadays. The restaurant was small, quaint and honest, and it was definitely reflected in the food. The cava sangria was also amazing.” We were quite relaxed, and unfortunately quite stuffed by the time we reached the French restaurant Ô Comptoir.  Ô Comptoir, which means The Counter, serves freshly made crepes and buckwheat (i.e gluten free) galettes filled with more than just the usual suspects.  Situated in Boat Quay its open air seating gives you the opportunity to enjoy the local ambience. We were given generous portions that we did not do justice too, though I did get my fare share of the dry cider. Not normally a fan of cider I found this to be very good.

Chef Anthony Yeoh stated: “Any Francophile will recognise the ingredients – Reblochon Cheese, Potatoes, onions & bacon. A killer carb dish of creamy, rich Tartiflette, wrapped in a crisp galette. But the star for me are the galettes themselves, the batter is fermented almost like a sourdough to develop flavour and achieve the crisp texture a savoury galette should have.”

Saitama Prefecture Showcases Amarin, One of Japan’s Most ...