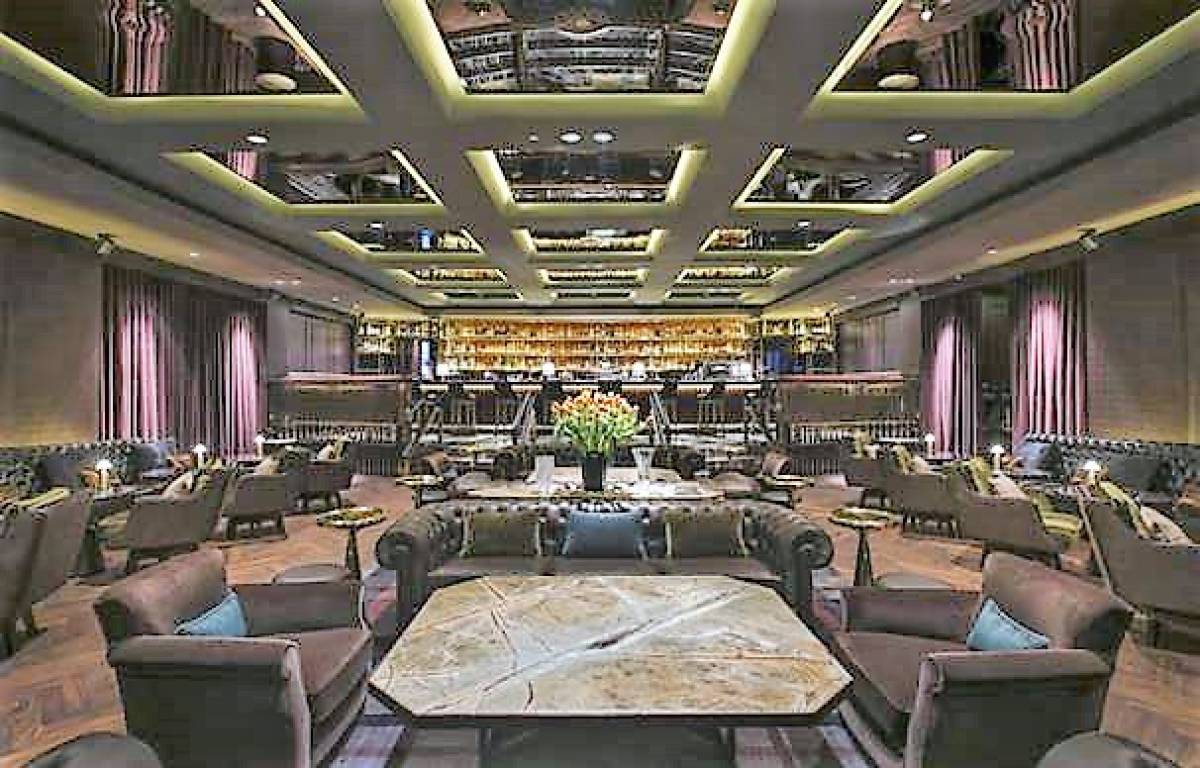 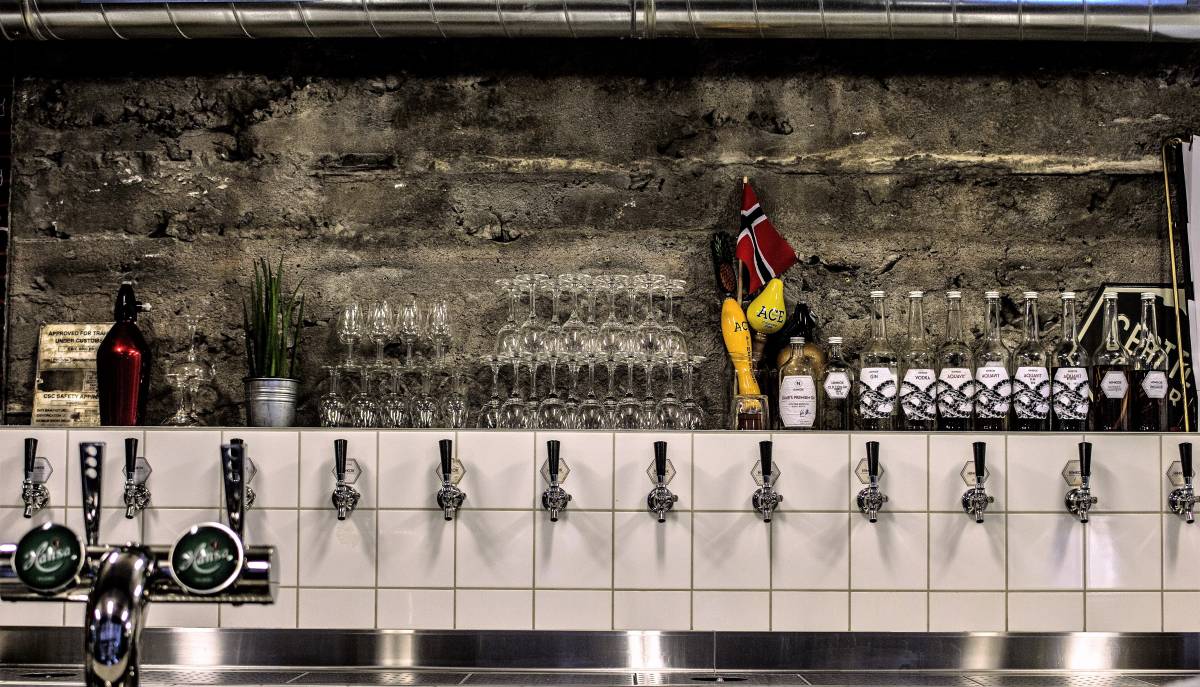 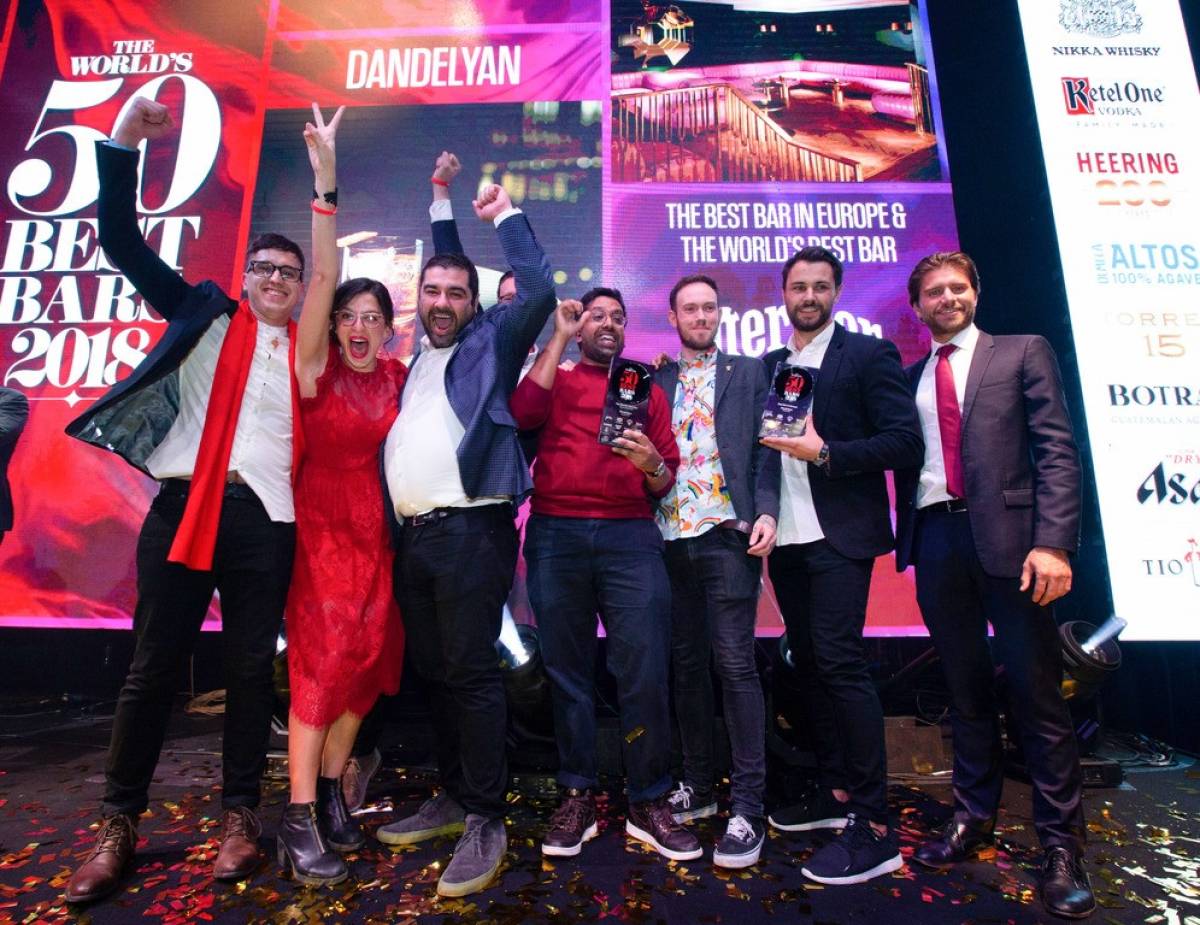 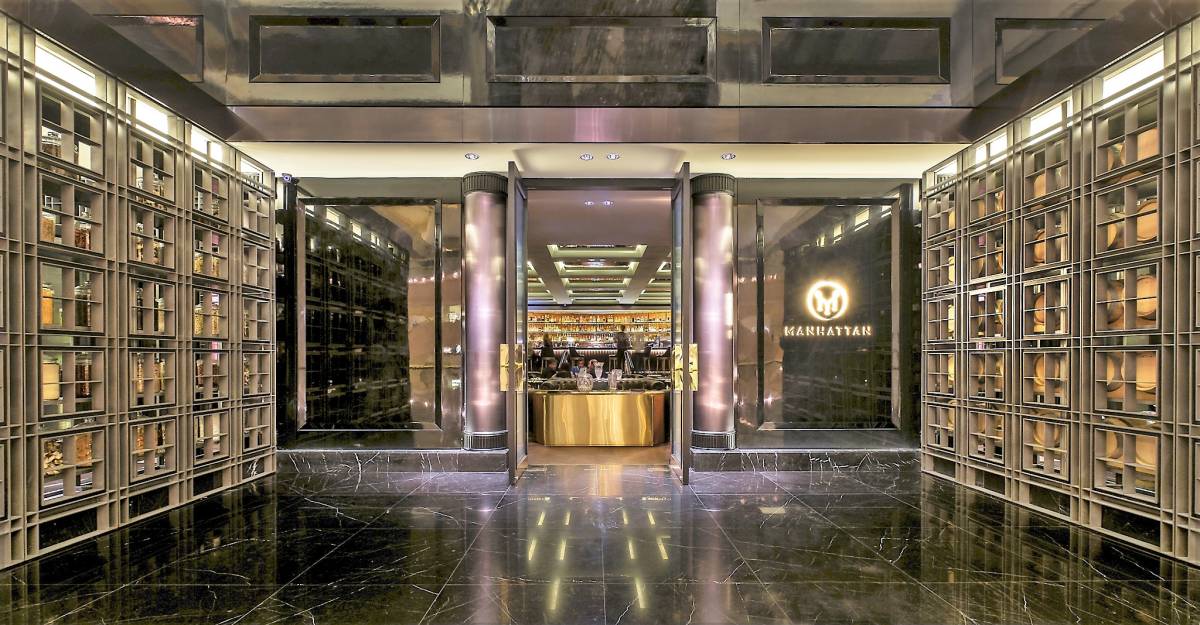 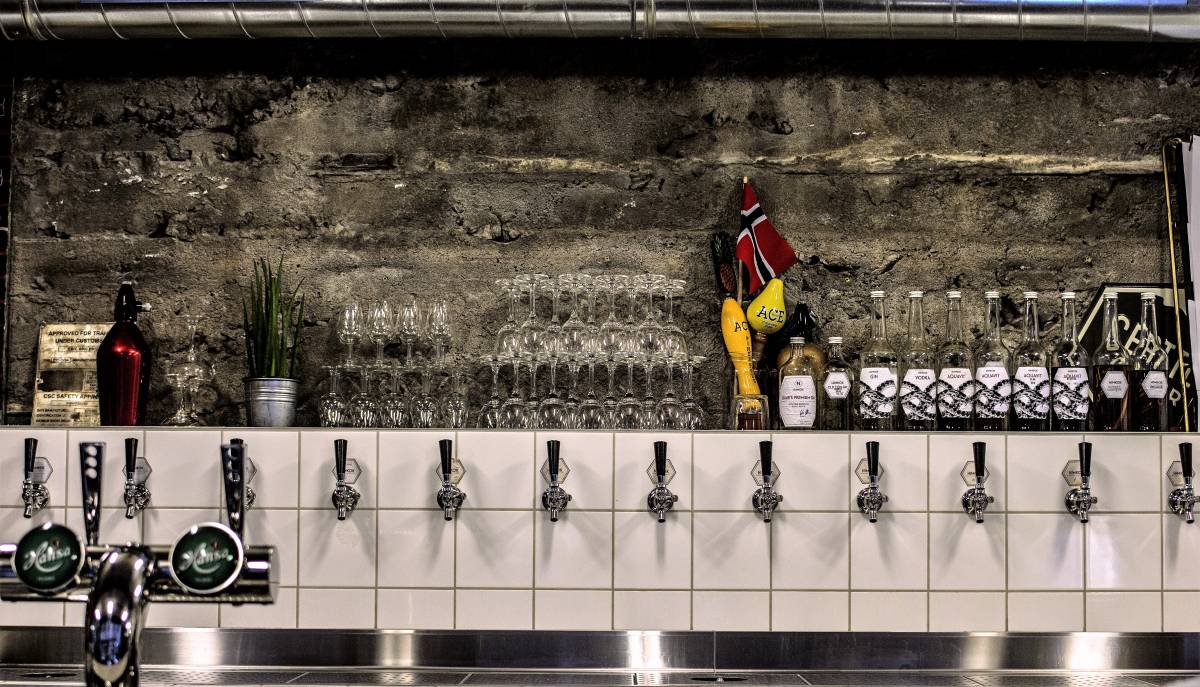 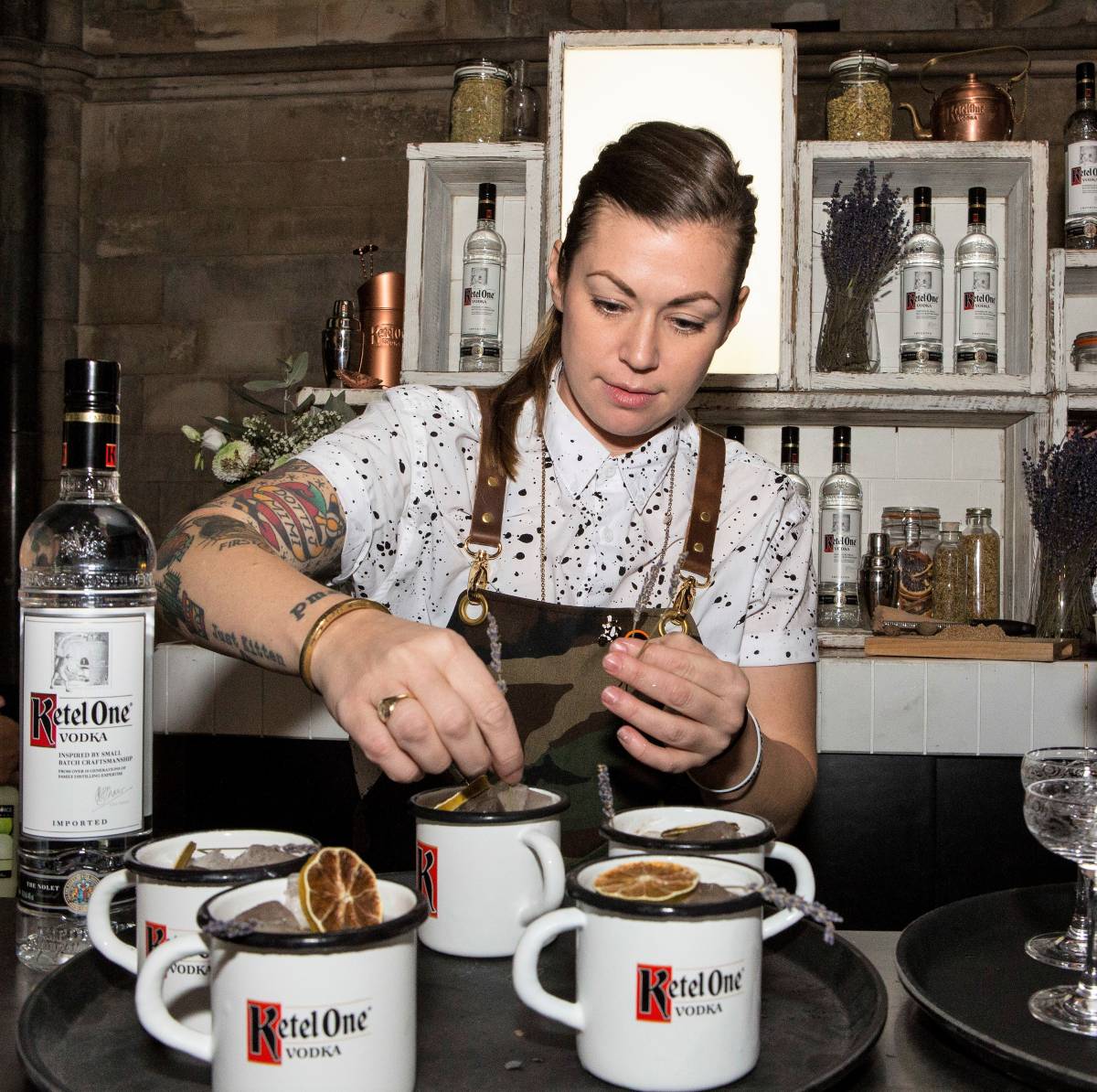 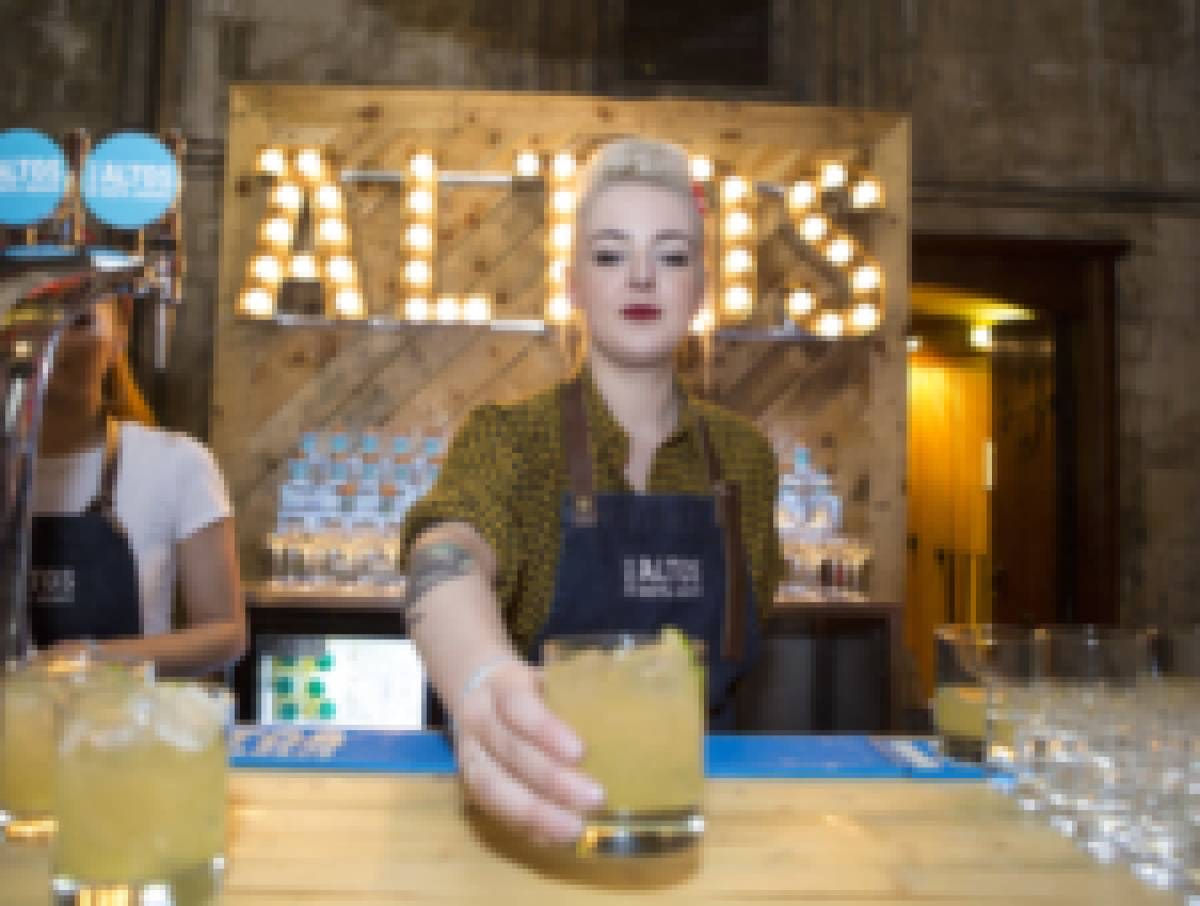 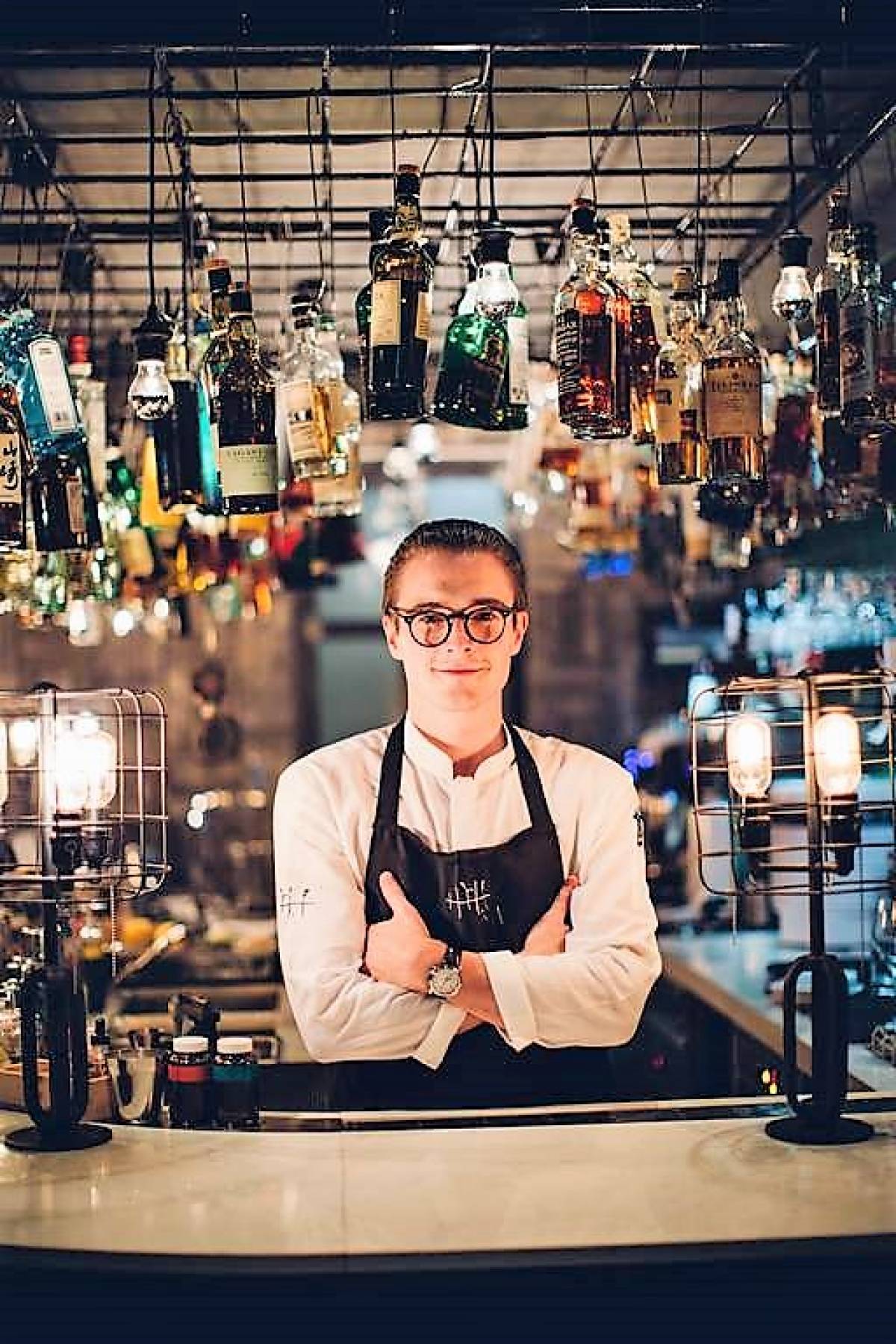 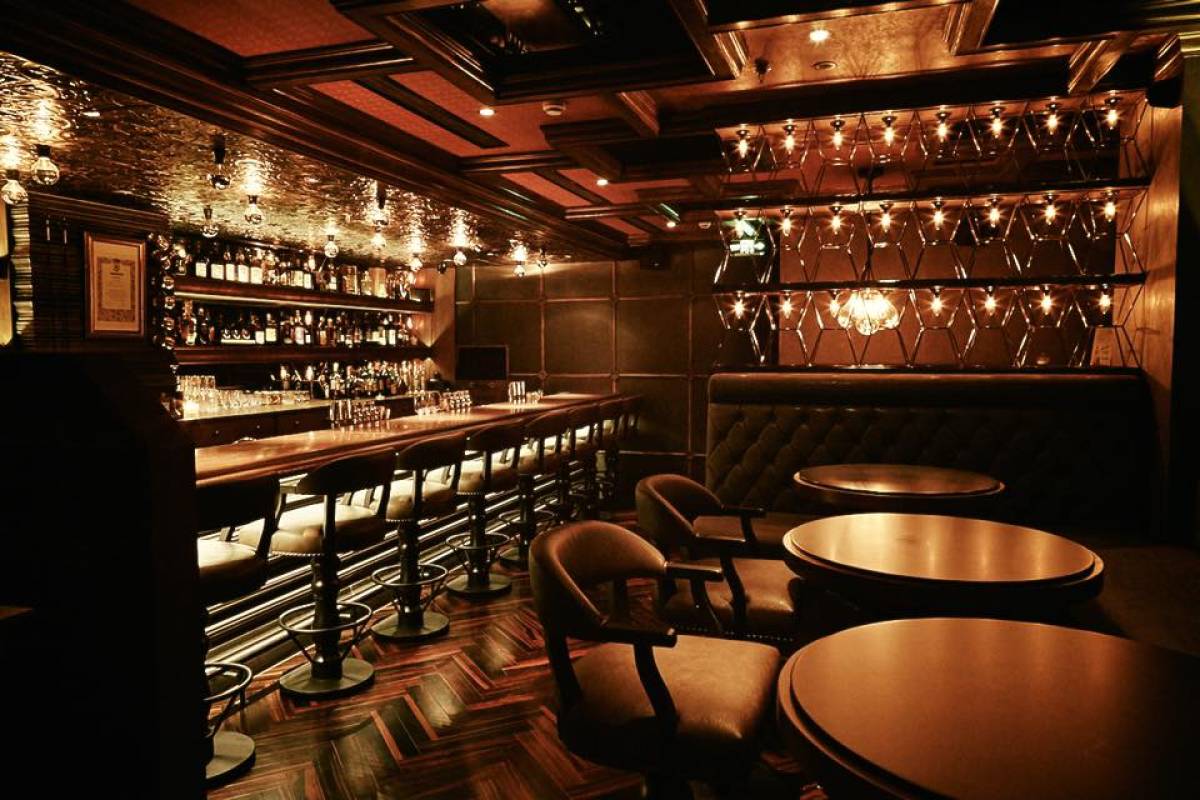 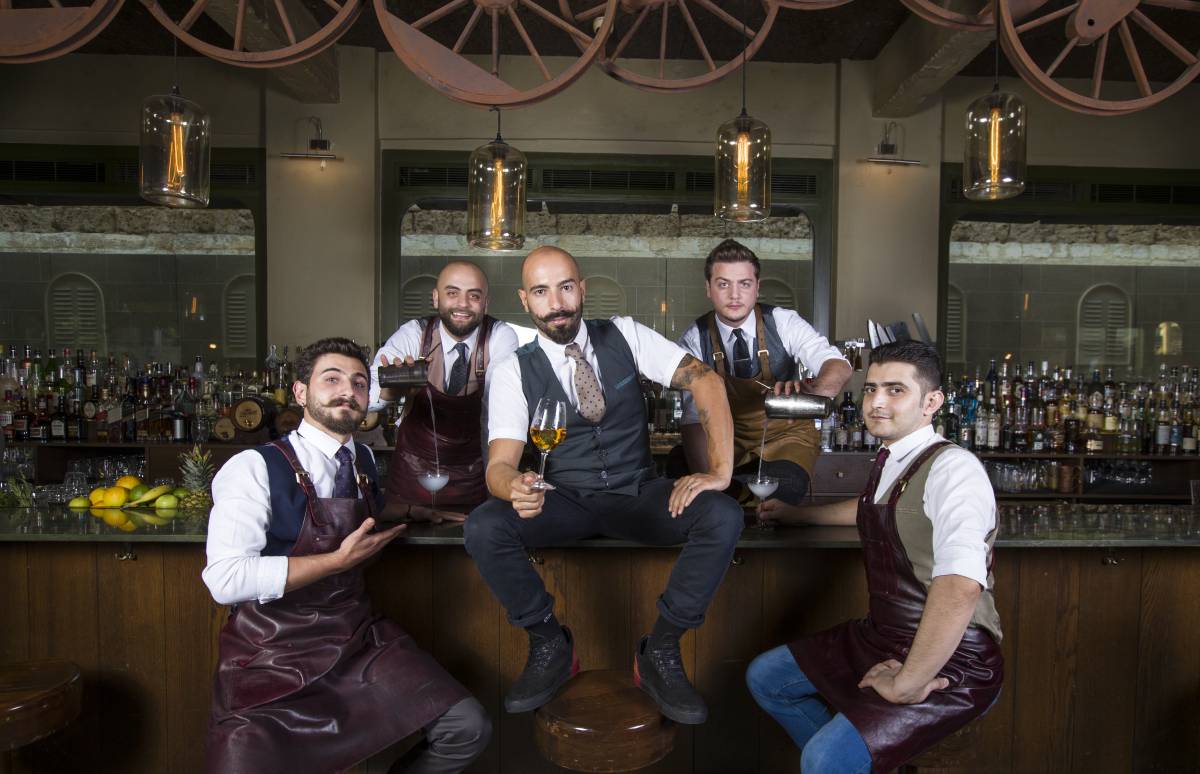 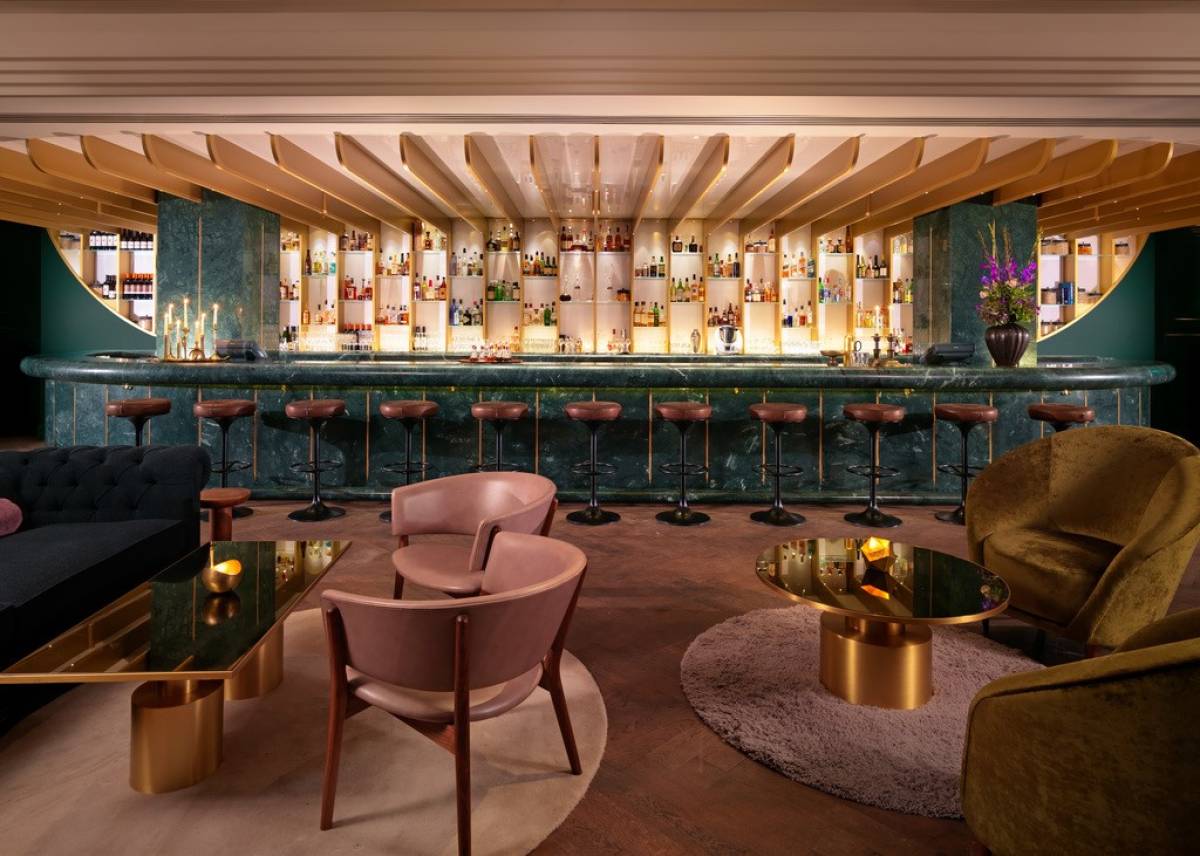 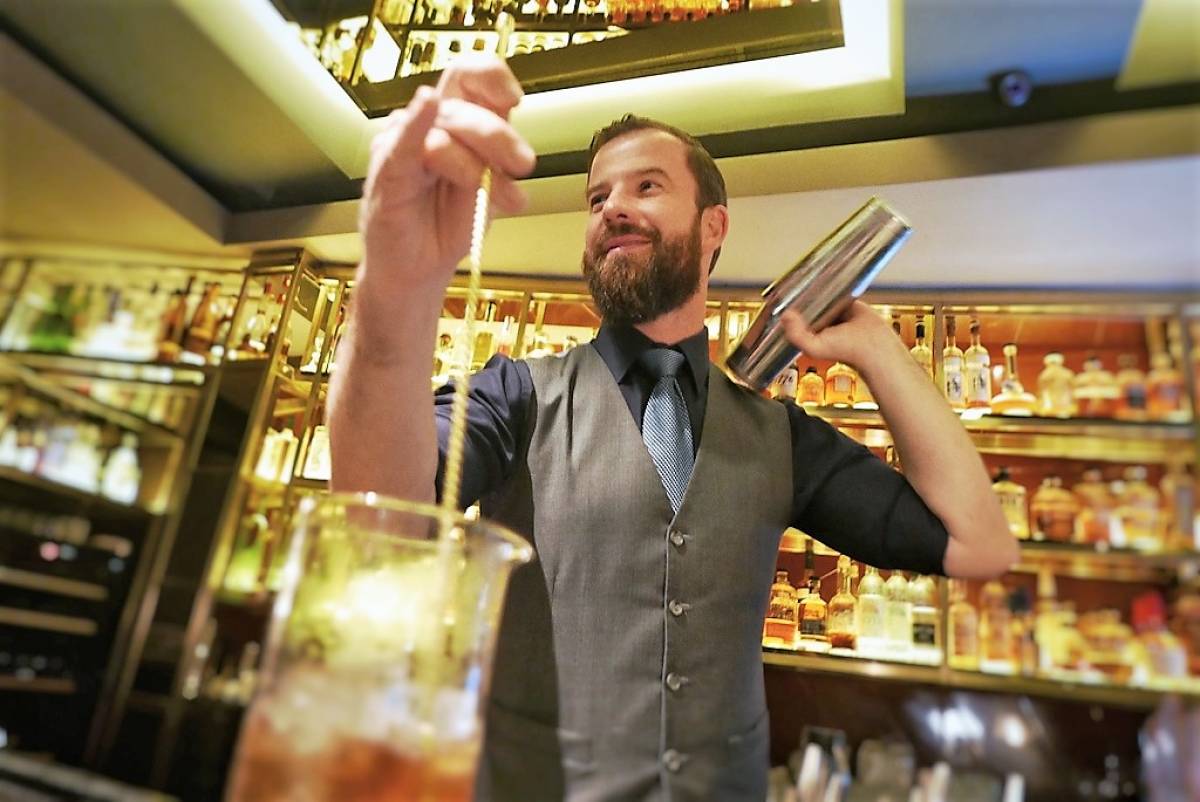 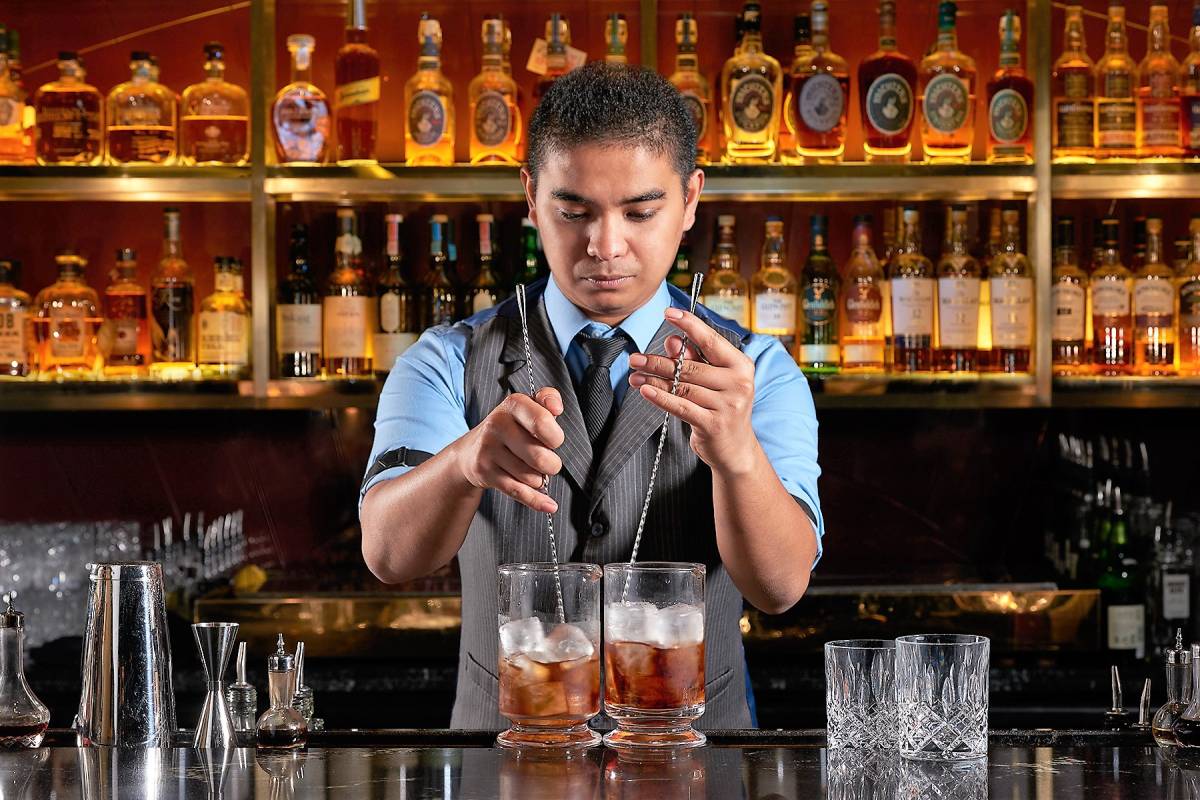 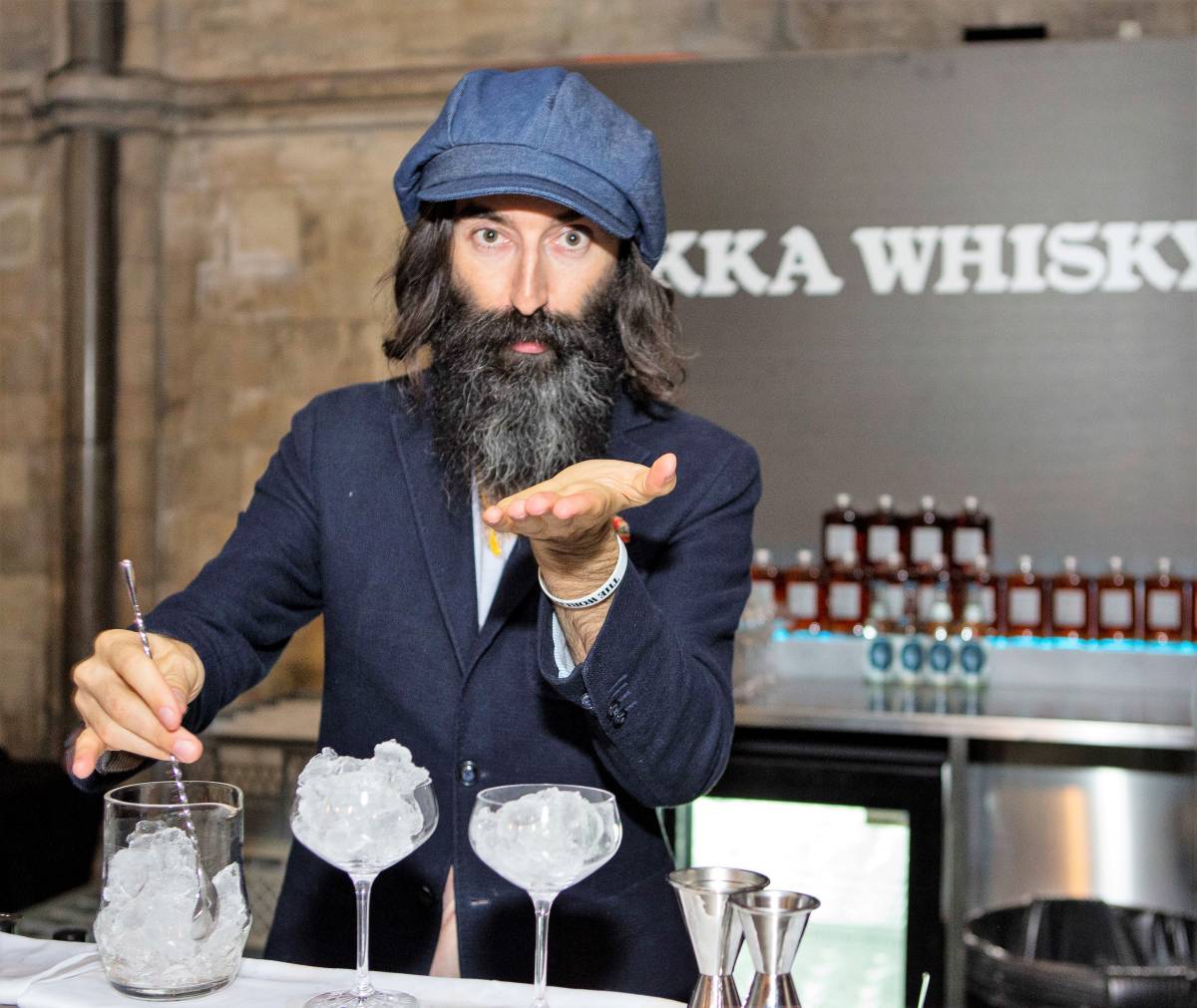 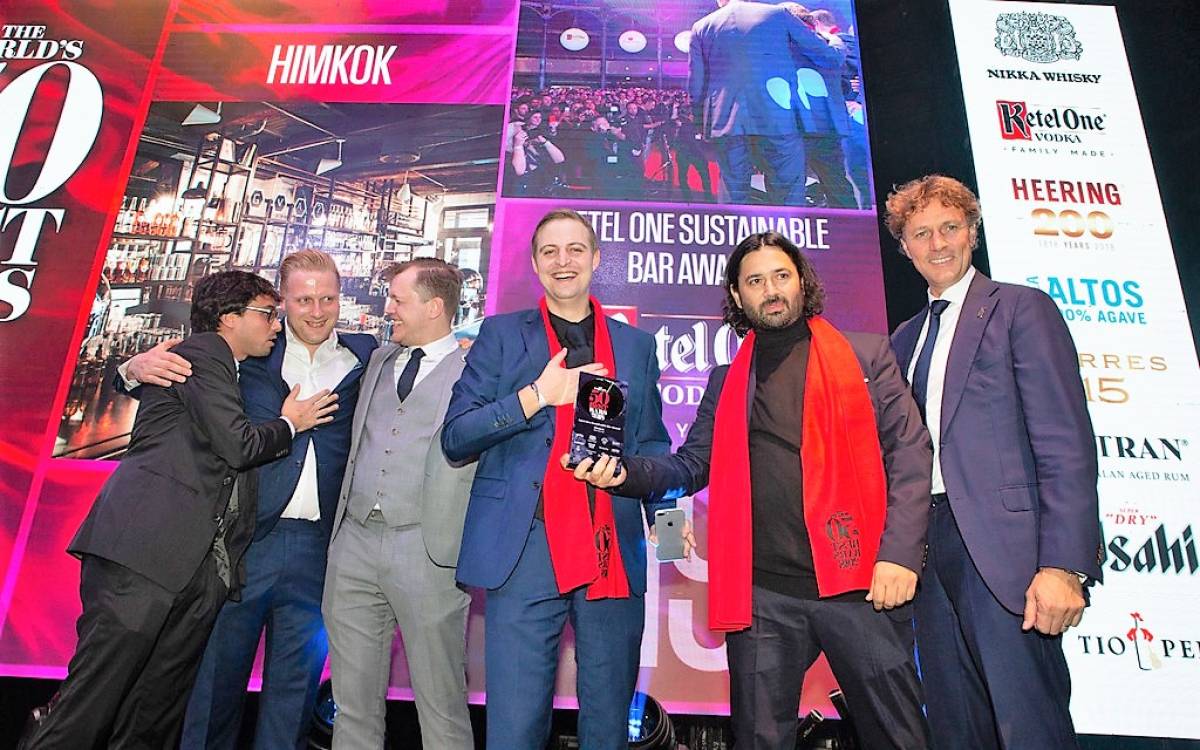 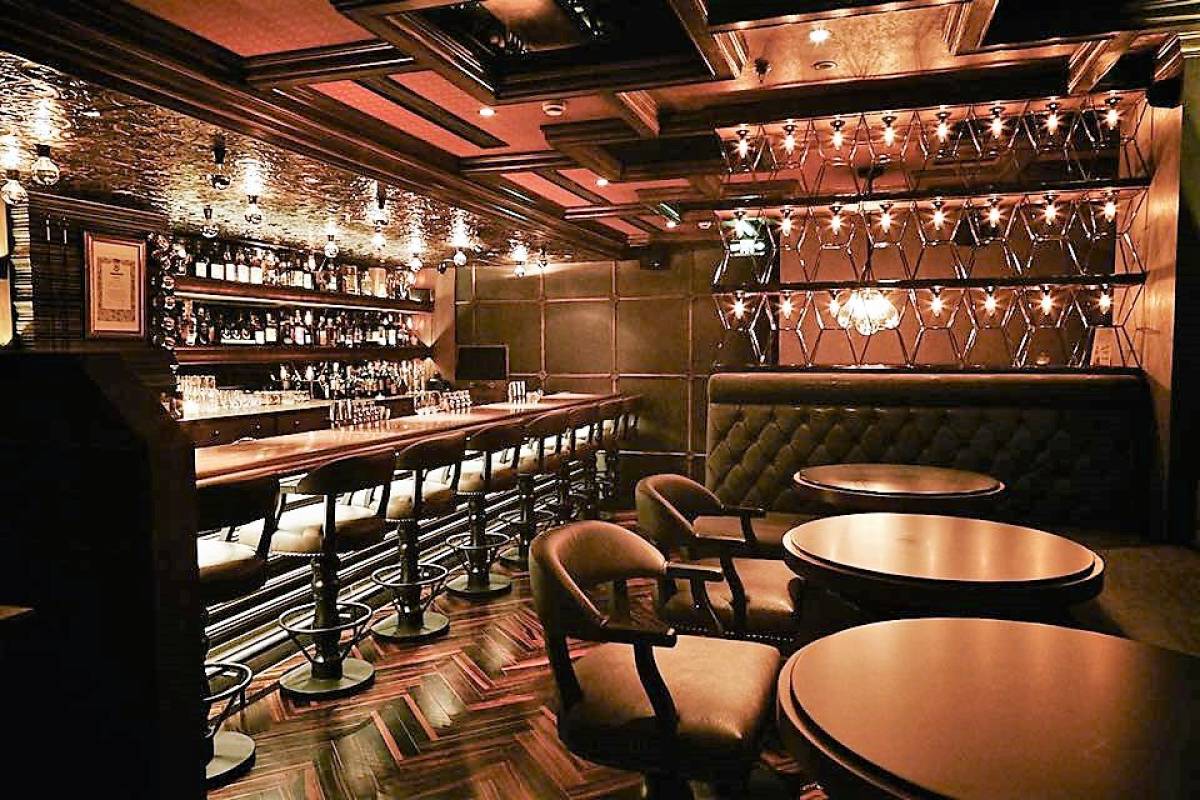 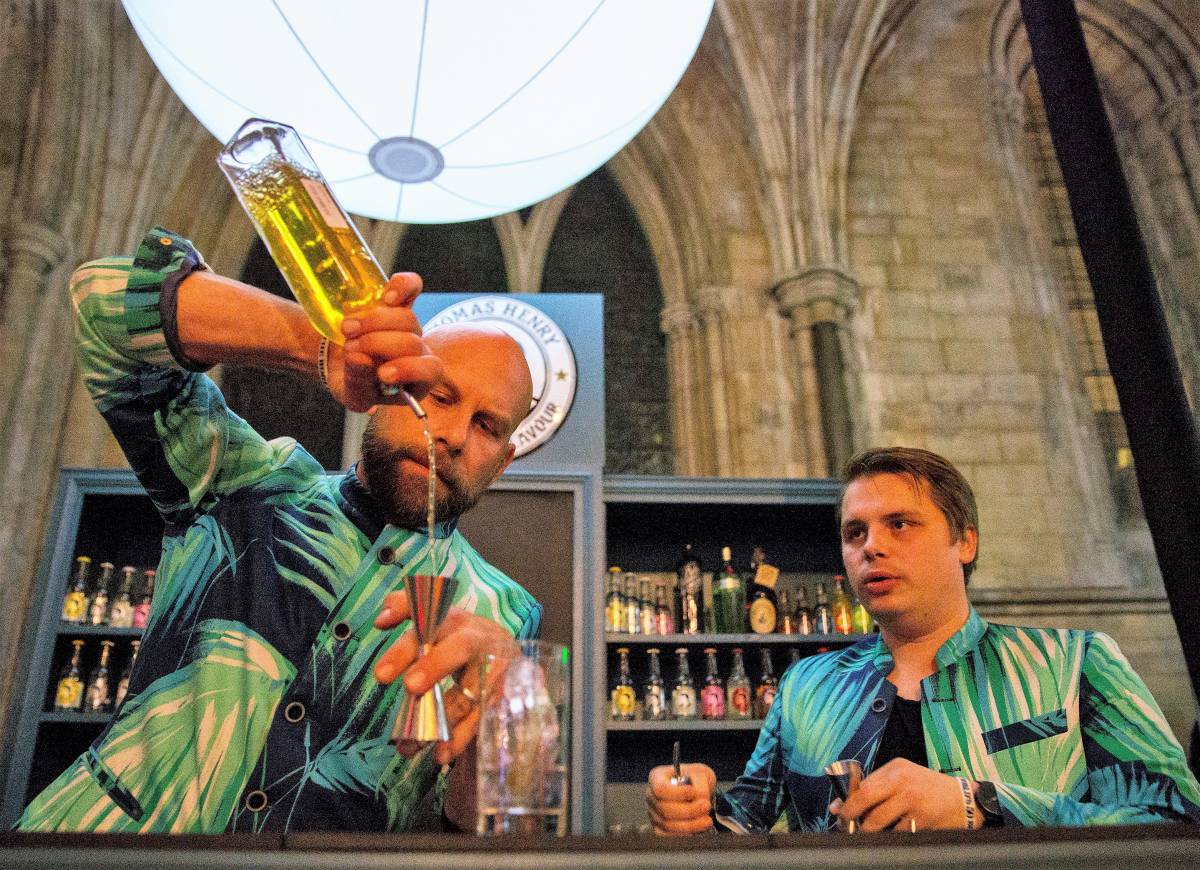 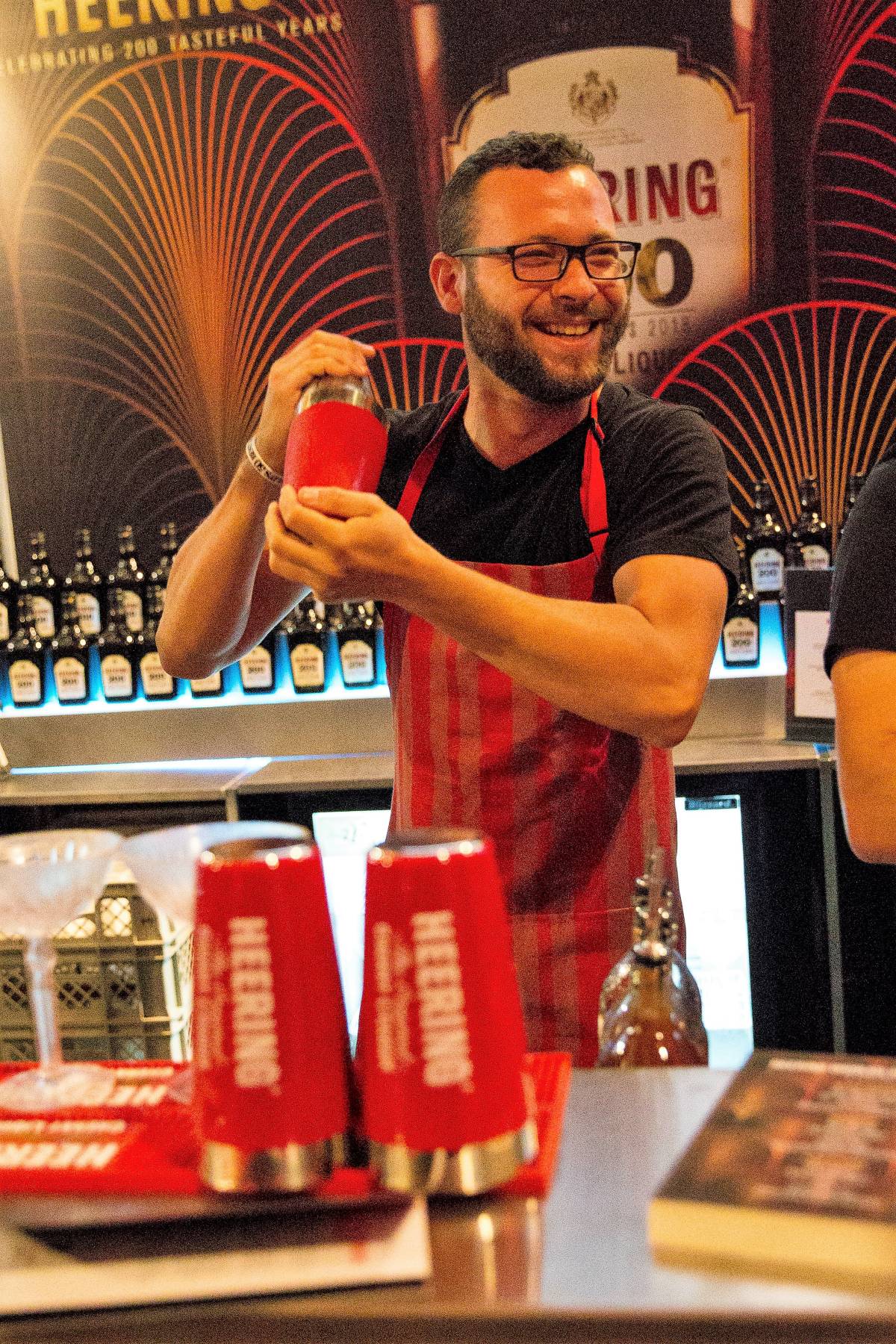 Manhattan Bar in the Regent Singapore (above). Inspired by the Golden Age of cocktails and fine drinking, Manhattan is reminiscent of a grand hotel bar, modern yet with a touch of old New York glamour and sophistication.

The team at Dandelyan celebrate their win.

London’s Dandelyan has claimed The World’s Best Bar Award, sponsored by Perrier, at The World’s 50 Best Bars awards 2018. This year’s list and award winners were revealed at a glittering awards ceremony at the iconic Roundhouse in London, UK – the largest venue to host the awards to date.

Now in its 10th year, The World’s 50 Best Bars welcomes 10 brand new entries and two reentries to the 2018 ranking. Showcasing diversity and emerging trends all over the world, it includes bars from 26 cities across 20 countries. The UK and the US each count 10 bars on the list with a strong presence in London and New York in particular.

Claiming the No.1 position, Dandelyan (pictured above) has also earned the title of Best Bar in Europe. After debuting on the list at No.50 in 2015, Dandelyan jumped to No.3 in 2016, then edged its way to No.2 in 2017. Created by forward-thinking cocktail creator and bartender Ryan Chetiyawardana, the focus of Dandelyan is to bring a stylish neighbourhood vibe to the glamour of the Mondrian Hotel on London’s Southbank, with sustainability and nature to the fore. Since opening in September 2014, Dandelyan has launched five cocktail menus all with a focus on botany.

Overall, London celebrates 10 bars on the 2018 list, welcoming four newcomers; Scout (No.28), Three Sheets (No.29), Swift (No.46) and Coupette (No.18), which also wins the Best New Opening Award, sponsored by Thomas Henry. Connaught Bar (No.5) also receives the Heering Legend of the List title (pictured above), which recognises the bar that has performed most consistently over the 10-year history of the list. Last year’s No.1, American Bar at The Savoy, now claims the No.2 position, while established London destinations including Bar Termini (No.6), Oriole (No.17) and Happiness Forgets (No.35) also remain on the list. Singapore leads Asia’s ranking with five bars featured.

Manhattan (pictured above) (No.3) enters the top three and claims the title of Best Bar in Asia, sponsored by Hennessy. Singapore is also represented by Atlas (No.8), Operation Dagger (No.23) and 28 HongKong Street (No.34), while Native jumps 34 places to No.13 to take the Highest Climber Award, sponsored by Nikka Whisky. To add to the city-state’s accolades, Singapore-based bartender Joe Schofield, (pictured below) recently of Tippling Club (No.58) and now heading the Sensorium project, has been named the Altos Bartenders’ Bartender for his ground-breaking flavour developments.

Asia continues to celebrate a strong presence on the list with establishments from China, Japan and Taiwan also featuring. The Old Man from Hong Kong debuts on The World’s 50 Best Bars list at No.10, claiming the Highest New Entry Award, sponsored by Torres. Representing China is Speak Low in Shanghai at No.20. Japan features Bar High Five (No.12) and Bar Benfiddich (No.49), both from Tokyo, while Taiwan’s Indulge Experimental Bistro in Taipei lands at No.38.

The US boasts 10 bars on the list with The NoMad (No.4) from New York crowned Best Bar in North America sponsored by Michter's Distillery, for the second consecutive year. New York’s Dante cracks the top 10, climbing seven places to No.9, while Employees Only jumps 11 places back to No.26. The city’s impressive line-up is completed by Attaboy (No.15), The Dead Rabbit (No.16), and BlackTail (No.41).

San Francisco is represented by two bars: Tommy’s (No.40) and Trick Dog (No.44). Chicago celebrates a new entry on to the list with the debut of Lost Lake at No.50. Miami’s Sweet Liberty climbs six paces to No.21 with the industry paying special tribute to John Lermayer, one of its founders who sadly passed away earlier this year, with the Industry Icon Award, sponsored by Seedlip.

La Factoría in Old San Juan, Puerto Rico, comes in at No.36, while Mexico City’s Licorería Limantour climbs to an impressive No.11. Fifty Mils, also located in the Mexican capital, enters the ranking at No.45. Florería Atlántico (No.14) from Buenos Aires, Argentina, is named Best Bar in South America, sponsored by Asahi. Joining the success in South America is Carnaval in Lima, Peru (No.68), which takes home the Campari One To Watch Award.

Spain also has plenty to celebrate this year with two new entries on the list. Paradiso from Barcelona enters the top 50 at No.37, having been named the One To Watch in 2017, while Salmon Guru from Madrid enters at No.47 - a significant jump following its debut at No.82 in 2017. The city of Paris, France is represented by three bars again this year with Le Syndicat jumping an impressive 10 places to No.24. Little Red Door now sits at No.33, and Candelaria at No.42.

Himkok (pictured above) (No.19), from Oslo, is the recipient of the Ketel One Sustainable Bar Award. This year sees the introduction of this award, presented to the bar with the highest overall sustainability rating, as audited by the Sustainable Restaurant Association. Its ‘Flavours of Norway’ menu is a celebration of Norwegian drinks-making craft and a tribute to the ingredients it sources from independent farmers and small producers across the country, designed to keep the local flavours and traditions alive.

Other notable achievements include the iconic Black Pearl in Melbourne (No.30) honoured as the Best Bar in Australasia, sponsored by Tanqueray. Central Station, in Beirut, Lebanon (pictured below) reenters the list at No.27 and is named Best Bar in the Middle East and Africa, sponsored by Botran.

William Drew, Group Editor of The World’s 50 Best Bars, said: “Congratulations to all the bars that have been honoured at tonight’s event. It is our privilege to host the Oscars of the bar world and we are thrilled that the key players from 48 of the top 50 bars, along with many others from the cocktail community, have travelled across the globe from their respective homes to be part of this unique event, which brings together the best bartenders on the planet under one roof for an evening of celebration.

“The awards are designed to showcase the world’s finest bars, the talented people behind them and the unforgettable experiences they serve up. Our aim is to illuminate the artistry of bartending and provide a definitive guide to the finest global destinations for the discerning drinker. The list incorporates grand hotel bars, secretive speakeasies, quirky salons and classic drinking dens; a true celebration of the diversity and universality of drinks culture and a reflection of new and developing bar scenes all over the world.” The World’s 50 Best Bars is part of the 50 Best family, including The World’s 50 Best Restaurants, which has changed the geography of gastronomy over the past 16 years.

The inaugural Asia’s 50 Best Bars awards event took place in Singapore in May 2018. The best way to find out more about is via their digital channels:

The results are now available online at www.worlds50bestbars.com