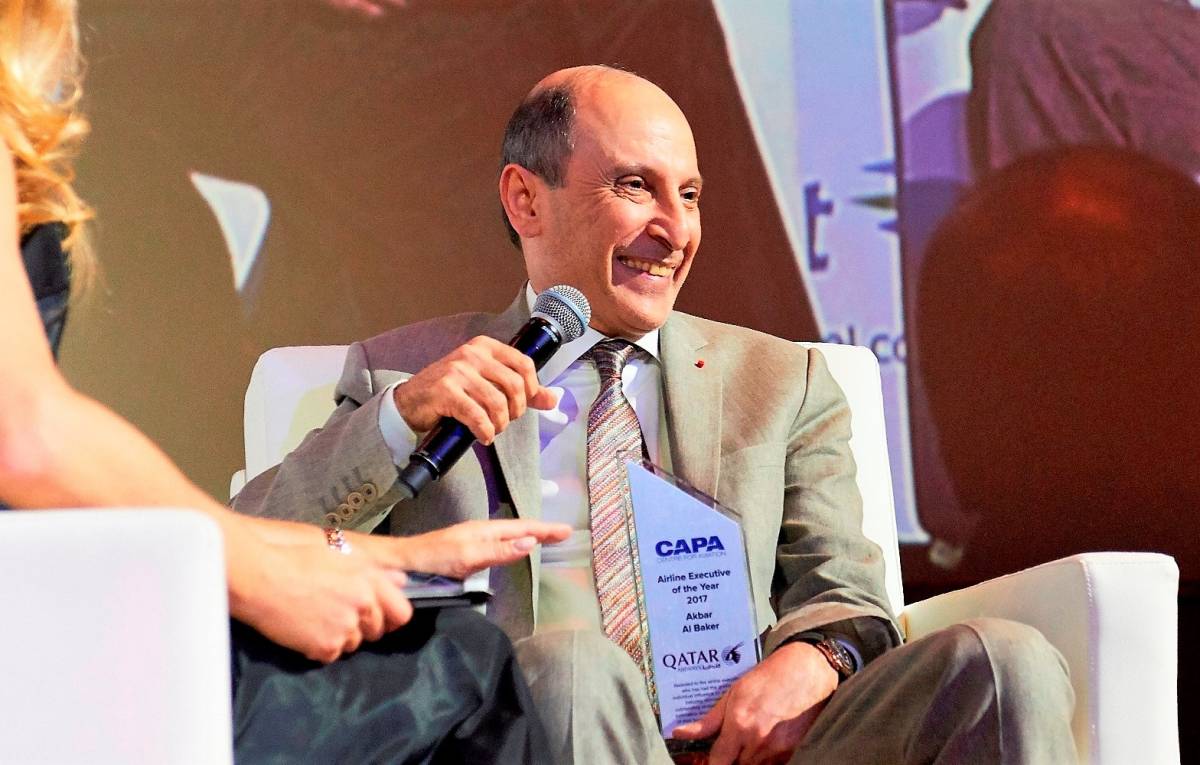 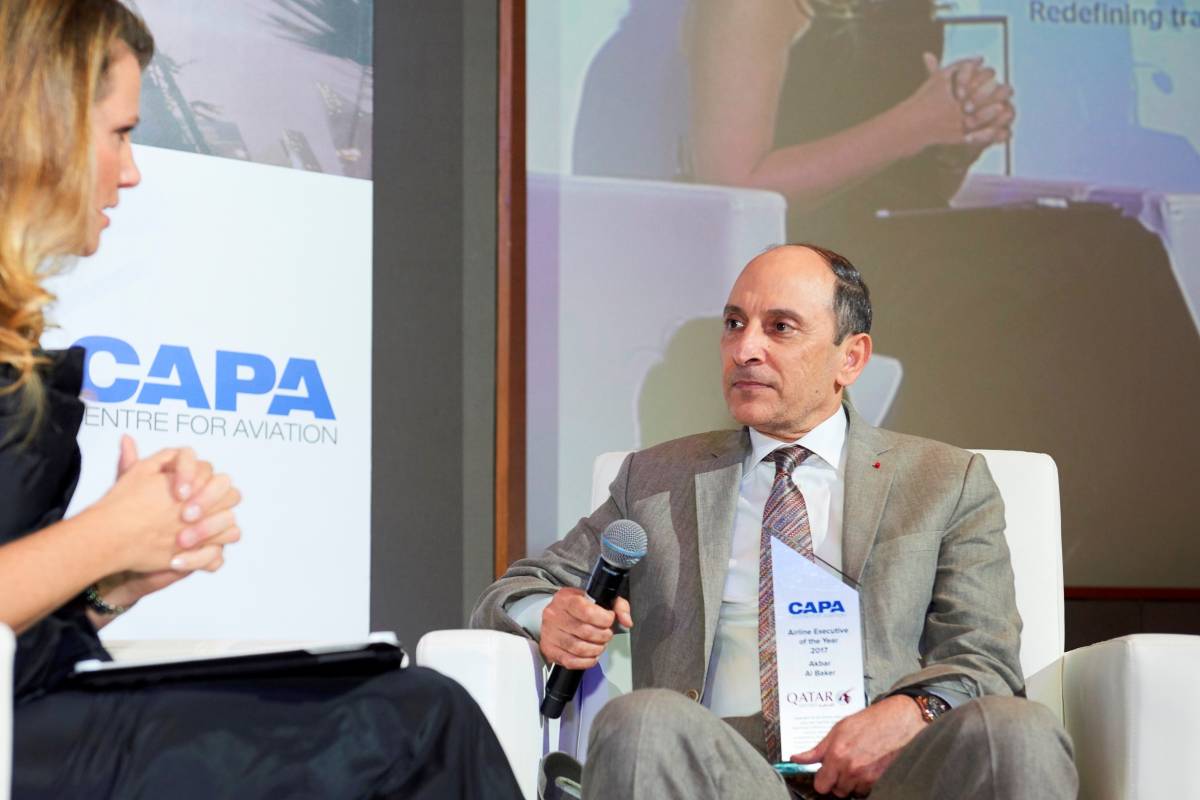 DOHA, Qatar – Qatar Airways Group Chief Executive, His Excellency Mr. Akbar Al Baker, has been named the ‘Aviation Executive of the Year’ by the CAPA Centre for Aviation, an independent body that provides market intelligence and data to the global aviation industry. H.E. Mr. Al Baker received the award at the organisation’s glittering gala dinner, held in Singapore as part of the CAPA Asia Summit 2017.

The prestigious award recognises H.E. Mr. Al Baker’s influence on the aviation industry, demonstrating outstanding strategic thinking and innovative direction in shepherding the growth of Qatar Airways’ business and the wider aviation industry as a whole.

H.E. Mr. Al Baker said of the award, “It is a tremendous honour to be named the ‘CAPA Aviation Executive of the Year’ in this, a very special year for Qatar Airways, as we celebrate our 20th anniversary. We have come so far in the past 20 years, rising from a small regional carrier to become a global airline, committed to innovation and to delivering the highest standards to our passengers. Not only as an airline, but as a nation, we are tremendously proud of this accomplishment. In spite of the backdrop of an illegal blockade on our country, as we look ahead, we know that truly the best is yet to come.”

Executive Chairman of CAPA Centre for Aviation, Mr. Peter Harbison noted, “Akbar Al Baker has not let Qatar Airways lose its shine during one of its most testing years. Under his guidance, the airline has recalibrated its network to function without access to several neighbouring countries. At the same time, Qatar Airways has continued its expansion plans and created new avenues for growth. He has turned a setback into an opportunity. This is truly a remarkable achievement.”

H.E. Mr. Al Baker is one of the most influential figures in international aviation. Under his leadership, Qatar Airways has grown to become the world’s fastest-growing airline, operating one of the youngest and most technologically advanced fleets in the sky. A widely recognised and well-respected industry innovator, H.E. Mr. Al Baker was elected chairman of the Board of Governors (BoG) of the influential global aviation industry body International Air Transport Association (IATA), effective June 2018. There was further cause for celebration as Qatar Airways also received the “Best Full Service Airline in West Asia” award for the third consecutive year at the Future Travel Experience Asia 2017 awards held on the same evening in Singapore. Qatar Airways’ home and hub, Hamad International Airport (HIA), was also named “Best Airport in West Asia” at that ceremony.

The airline’s commitment to the values of safety, security, innovation and quality of service has led it to receive numerous major awards this year, including the 2017 Skytrax ‘Airline of the Year,’ the fourth time it has received this award. It was also named ‘World’s Best Business Class,’ ‘Best Airline in the Middle East,’ and ‘World’s Best First Class Airline Lounge’ at this year’s Skytrax ceremony.

Now in its 20th year of operations, Qatar Airways has a modern fleet of more than 200 aircraft flying to business and leisure destinations across six continents.