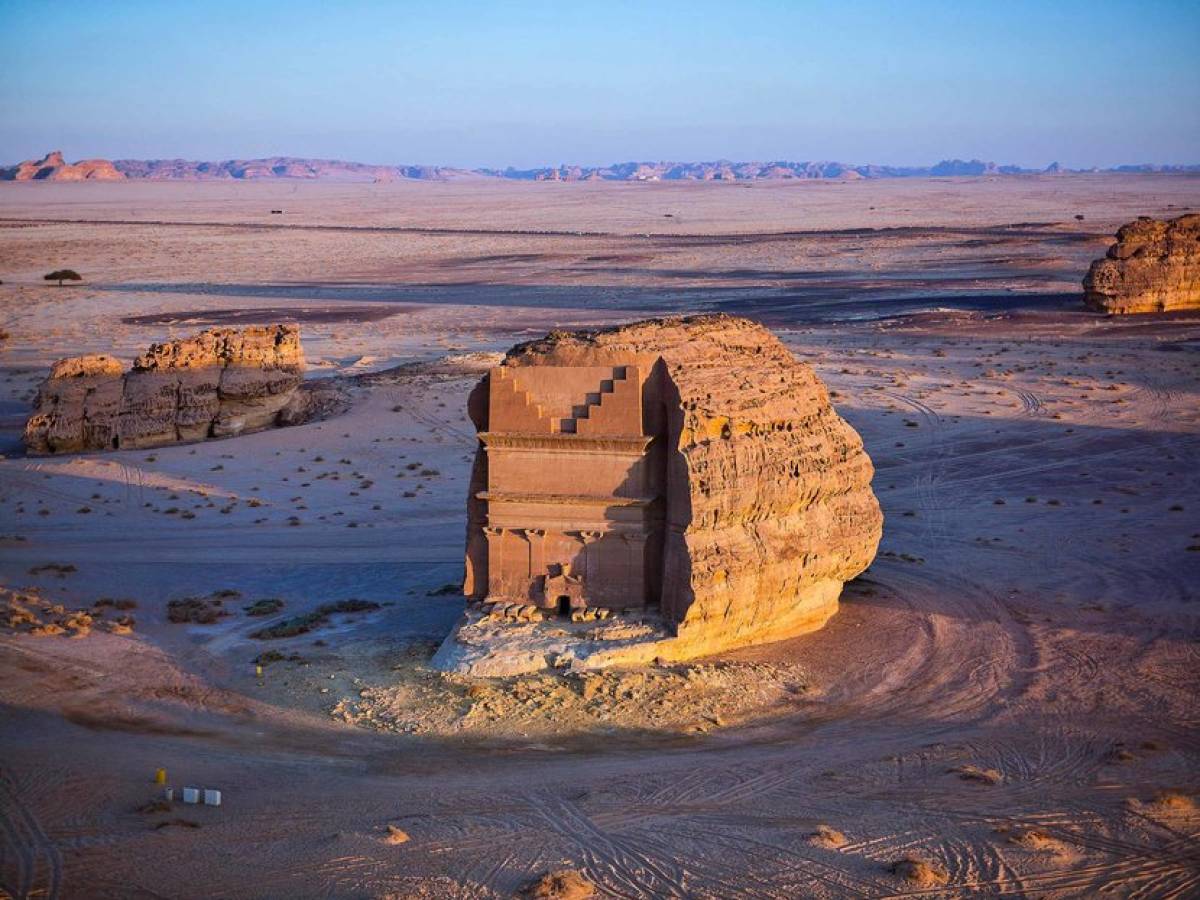 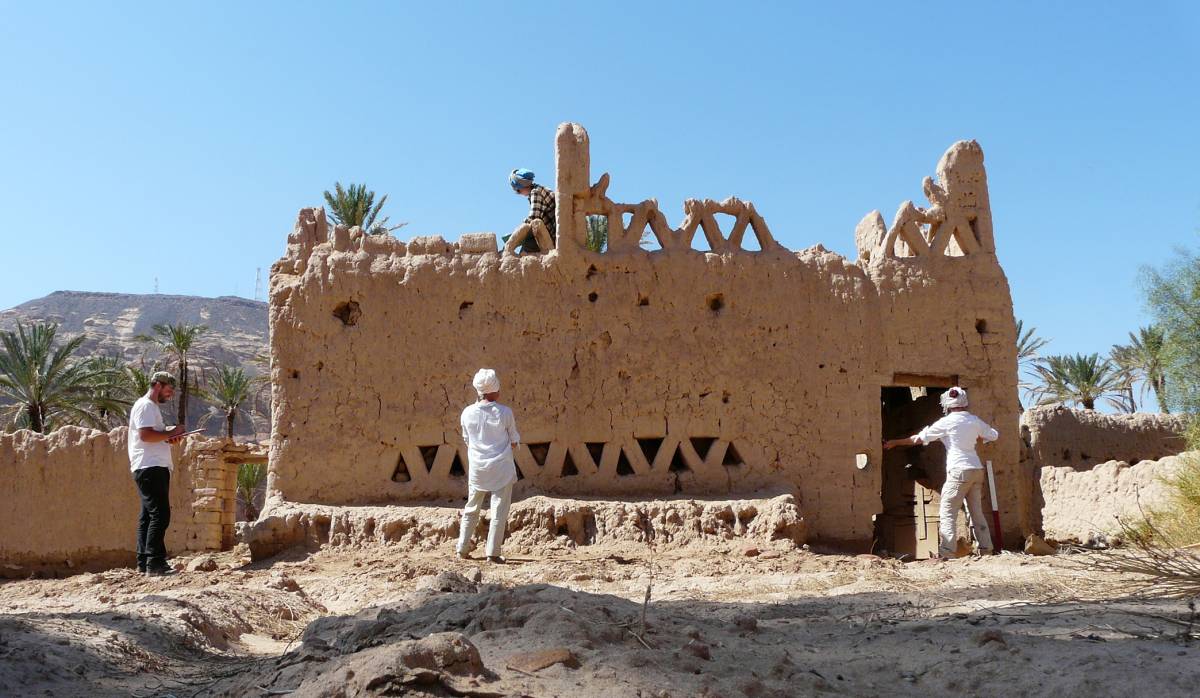 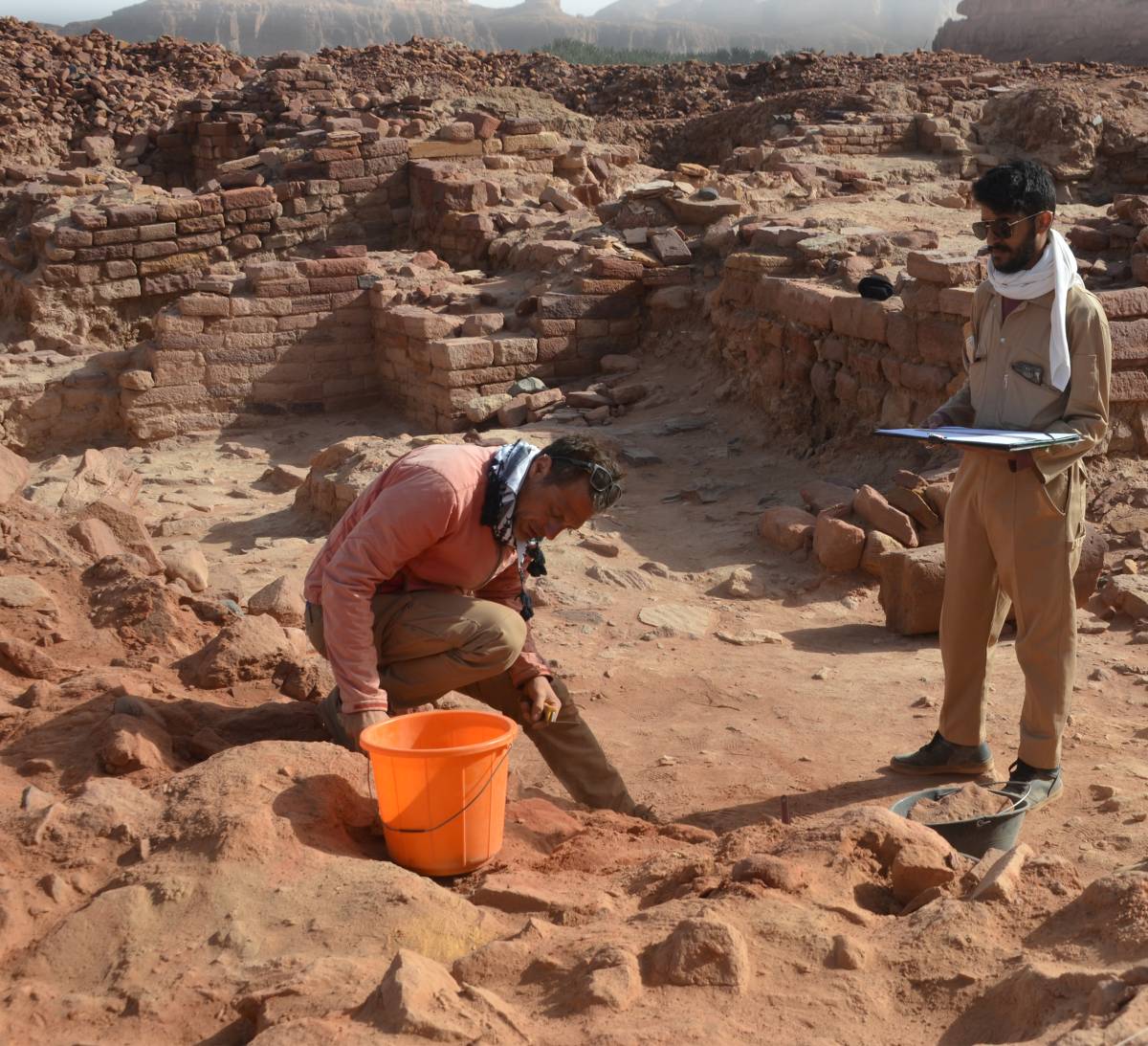 (ALULA, Saudi Arabia, May 2, 2021) The Kingdoms Institute, the recently unveiled centre for archaeological research and conservation studies in AlUla, has announced a significant archaeological discovery in north-west Saudi Arabia: the monumental, complex structures called mustatils are more ancient than previously believed. The update comes on the anniversary of the announcement of Saudi Vision 2030, which was unveiled five years ago this week, and to which The Kingdoms Institute will be a key contributor.

The study and conclusions were detailed and published in the peer-reviewed journal Antiquity on April 30th, 2021.

The Kingdoms Institute, located 1,100km from Riyadh, unveiled in April 2021, was established under the auspices of the Royal Commission for AlUla (RCU). The RCU has been conducting a programme of extensive research across AlUla County that is expanding knowledge of the area's human history while also becoming the intellectual foundation of the institute as a global hub for archaeological research and conservation.

His Highness Prince Badr, the Saudi Minister of Culture and Governor of the RCU, said: "Inspired by His Royal Highness the Crown Prince's Vision for AlUla to protect 200,000 years of history, AlUla's cultural legacy continues with the Kingdoms Institute: a global hub for knowledge, research and collaboration, exploring the frontiers of archaeology and unlocking new careers for our community. A place for discovery and celebration, as we unfold Arabia's contribution to humanity."

While the existence of the mustatils was previously known, the more than 1,000 mustatils that the RCU-commissioned team recorded are roughly twice as many as were previously identified.

The unprecedented aerial and ground research by a team from the University of Western Australia surveyed vast stretches of the region by remote sensing and helicopter. After recording their presence from the air, the team then explored some 40 at ground level and excavated one – altogether constituting the largest study of mustatils to date. These ancient structures in the Arabian desert provide early evidence of ritual activity.

Radiocarbon dating of a cattle horn and tooth that were found in a chamber at one mustatil in AlUla, and which, along with others, appear to have been used as ritual offerings, revealed a Late Neolithic, sixth-millennium BC date. Mustatil research is a priority for the RCU.

A Centre of Discovery

The Kingdoms Institute is being established as a world-class scientific centre for archaeological and conservation research, dedicated to the study of the history and prehistory of the Arabian Peninsula and aiming to preserve its legacy as the crossroads connecting three continents, supported by fieldwork across AlUla County that is already filling gaps in the region's natural and human history.

Inspired by the role of AlUla as a cultural crossroads and its historical importance in the global cultural and trade exchange, the Kingdoms Institute will be an academic centre as well as a cultural platform for knowledge, exploration and inspiration. It will be one of the pillars of the cultural infrastructure in AlUla within The Journey Through Time Masterplan, launched in April 2021.

The Kingdoms Institute will help fulfill Vision 2030's goal of advancing Saudi Arabia as a vibrant society, a thriving economy and an ambitious nation. In addition to developing a global hub on the AlUla County's history, The Kingdoms Institute will also train the next generation of Saudi archaeologists and future leaders of the institute, opening new avenues for the nation's young professionals.

The Kingdoms Institute's permanent home, a red-sandstone structure that will echo the monumental works of the Dadan civilisation, will open its doors to its first visitors by 2030. The RCU estimates that the institute will have 838,000 visitors a year by 2035 in a permanent home covering 28,857 square metres at its location in the Dadan District of AlUla.

Since the inception of the RCU, over 100 archaeologists have been digging, surveying and conducting associated studies across AlUla during seasonal fieldwork. The Institute's permanent collection is growing as well.

Although the Kingdoms Institute's mandate covers AlUla's 200,000 years of human and natural history, the 'era of the kingdoms' – the time of the Dadan, Lihyan and Nabataean kingdoms circa 1000 BCE to 106 CE – will be an area of emphasis for the institute.

The institute will have under its scope dozens of archaeological and conservation missions involving experts of multiple allied disciplines working across AlUla County. Already efforts involve teams from Saudi and international institutions, including King Saud University – which has performed invaluable groundwork at AlUla over the past 15 years – as well as UNESCO, ICOMOS, France's Centre national de la recherche scientifique, Germany's Deutsches Archäologisches Institut and the University of Western Australia, among others.

"We have only begun to tell the hidden story of the Ancient Kingdoms of North Arabia," said José Ignacio Gallego Revilla, the RCU's Archaeology, Heritage Research and Conservation Executive Director. "There is much more to come as we reveal the depth and breadth of the area's archaeological heritage, which for decades has been under-represented, but which will finally have the showcase it deserves in the Kingdoms Institute."

Not only will the institute peel back the layers of AlUla's deep history and inter-cultural influence through the lens of archaeological discovery, but also develop national and international training programmes, academic and vocational, highlighting state-of-the-art methods and techniques, deeply investing in the next generation of Saudi specialists to sustain The Kingdoms Institute for generations to come.

Progress has already been made with the appointment of Dr Abdulrahman Alsuhaibani as Acting Director of Museums and Exhibitions, as well as Munirah Almushawh, as the first female archaeologist co-directing an archaeological project in Saudi Arabia.

Dr Rebecca Foote, Director of Archaeology and Cultural Heritage Research for RCU, said: "With the many research programmes under way, AlUla County is becoming the most active area of archaeological research in the Middle East. We have just completed surveying its more than 22,000 sq km of terrain from the air and on the ground and recorded more than 30,000 areas of archaeological significance. Targeted excavations at more than 50 of those sites are providing data to inform especially later prehistory (circa 6,000-2,000 BCE) with astonishing results such as our new insights into the mustatils."

In addition to Hegra, AlUla is home to a series of fascinating historical and archaeological sites such as: an Old Town surrounded by an ancient oasis; Dadan, the capital of the Dadan and Lihyan Kingdoms, which is considered one of the most developed 1st-millennium BCE cities of the Arabian Peninsula; thousands of ancient rock art sites and inscriptions in Jabal Ikmah; and Hijaz Railway stations.

To learn more about the Kingdoms Institute and The Journey Through Time Masterplan, visit https://ucl.rcu.gov.sa/