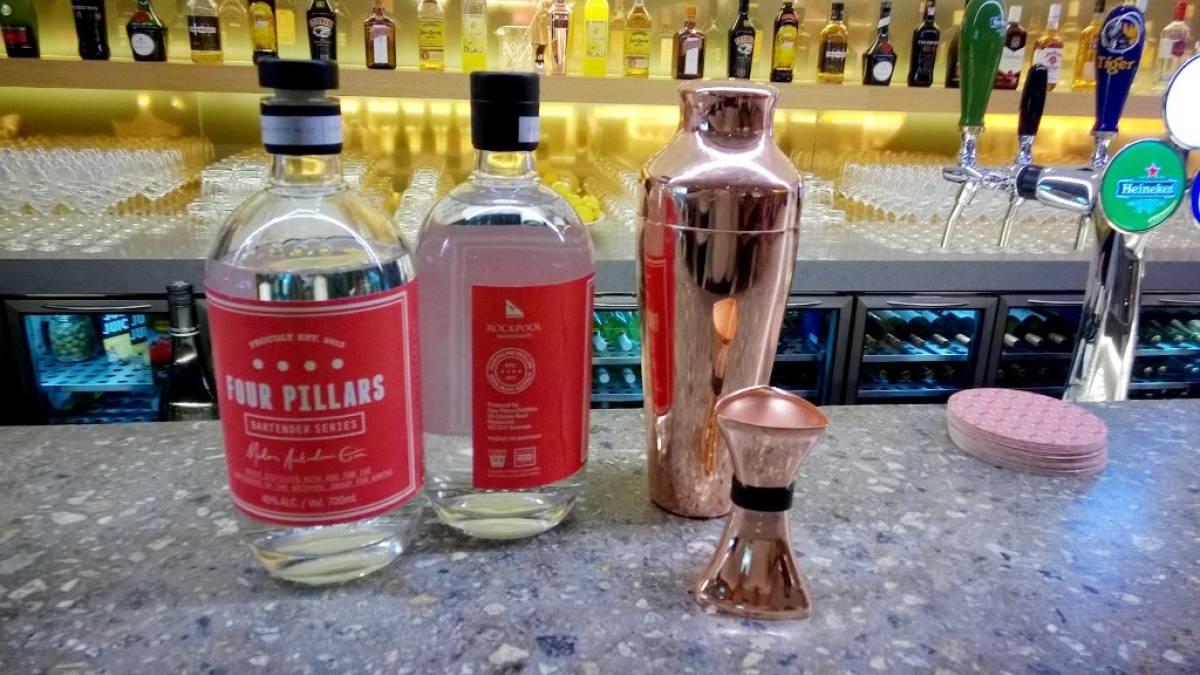 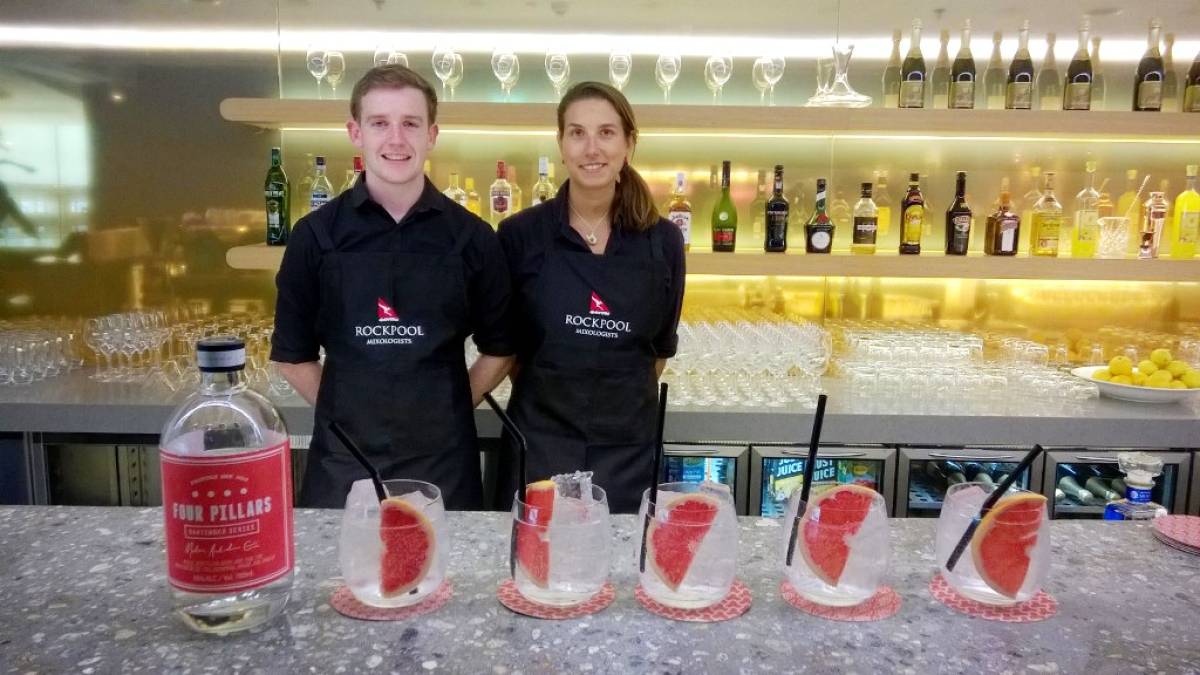 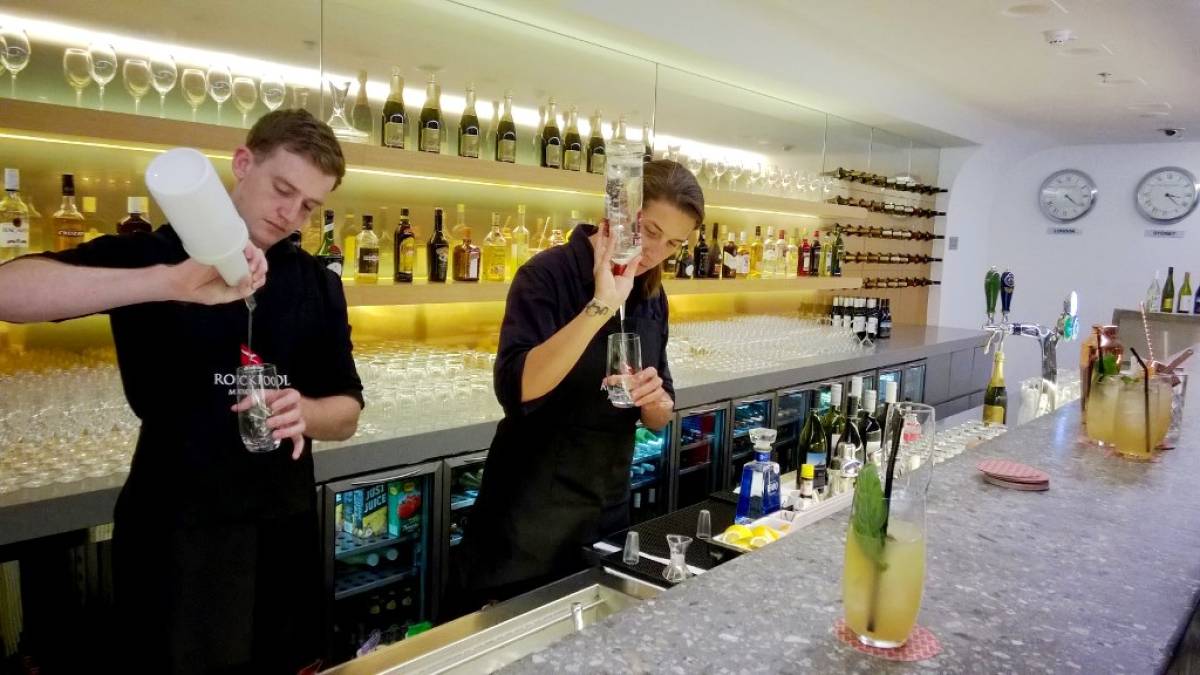 Four Pillars Gin has collaborated with the Rockpool Mixologists to craft a limited edition gin for Qantas, aptly named the ‘Modern Australian Gin’. With the launch of the renovated Qantas Lounge in Singapore the new drink was introduced to writers who had the opportunity to taste cocktails made with the new gin.

The ‘Modern Australian Gin’ will also be poured in the Qantas First lounges in Sydney, Melbourne and Los Angeles, as well as the Hong Kong lounge. The Rockpool Mixologists have designed three special cocktails, Hanky Panky, Gin Spritzer and The Doctors Order which will be featured in the Sydney and Melbourne First Lounge. The gin will also be poured throughout Rockpool Group restaurants across Australia and will be available to purchase through Qantas epiQure, via the Four Pillars website and at the Four Pillars Distillery.

Cameron Mackenzie, Four Pillars Distiller said it was a great partnership that has resulted in an even greater product.

“As it says on the side of the bottle, when the opportunity arose to make a gin with the Rockpool Mixologists for Qantas, how could we say no? We’re really excited to extend our Bartender Series and welcome the newest member of the family; the Modern Australian Gin,” said Mackenzie.

“The gin itself is exceptional. The Asian spices give it a lovely warm mouthfeel, while the macadamia nuts give it softness and the apple and quandong give it freshness and a touch of the exotic. It’s delicious, it’s different and it will make a great drink, however you choose to enjoy it,” Mackenzie continued.

You can watch the art of gin distilling here: www.qantas.com/fourpillars

Four Pillars is a small, craft gin distillery based in Healesville in the Yarra Valley, an hour drive from the CBD of Melbourne. The core purpose of Four Pillars is to elevate the craft of distilling and spread the gospel about great Aussie craft spirits and the sheer versatility and genius of gin throughout the world. Along the way, they want to show off and celebrate a contemporary face to this wonderful, diverse, creative and brilliant island continent of ours.

The brand was launched in December 2013 and has gone on to win awards at spirit competitions across the globe, including Double Gold at the 2014 San Francisco World Spirits Competition – one of the world’s most prestigious spirit competitions – and Master Status at the 2015 Global Gin Masters in London.